Posted by Imperial Harvest on 03 February 2021

The 5 Most Important Sectors In Your House or Office

In the study of Imperial Feng Shui, there are five important sectors in your house or office. By activating these sectors, we are able to promote the flow of Qi within your property and enhance your well-being and prosperity.

In this article, we will be sharing what these important sectors are and how you can activate them in order to achieve success and breakthroughs in your career, business, sales, investments and trading.

The indirect wealth sector governs your secondary source of income. If you are working full-time but engage in investment on the side, the returns from your investments account for your secondary income.

Based on the principles of Imperial Feng Shui, Imperial Harvest-grade crystal is the authentic method of activating the direct and indirect wealth sectors to empower you and your family with opportunities and an abundance of wealth and prosperity.

Belonging to only the top three clarity grades, Imperial Harvest-grade crystal is relentlessly pursued the world over for its impeccable beauty and truly befits the very symbols they are enshrined into in the Imperial Harvest Crystal Collection. 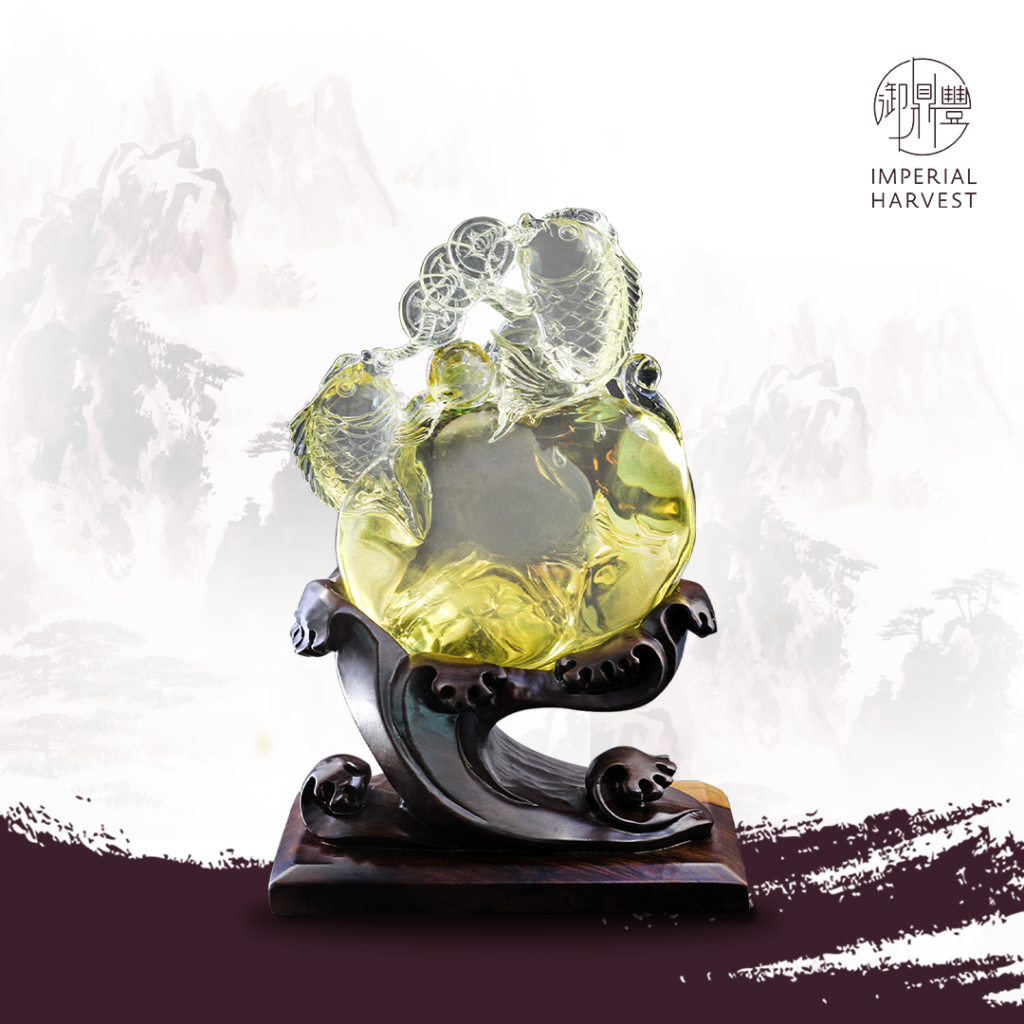 The former is synonymous with good fortune, ambition and courage, as well as harmony and happiness. Coupled with the opportune blessings of abundance, wealth and contentment from the Laughing Buddha’s Treasure Bag, the Golden Hall of Prosperity is ideal for those seeking to emerge from every obstacle and challenge with a monumental breakthrough in their wealth.

Learn more about the Golden Hall of Prosperity 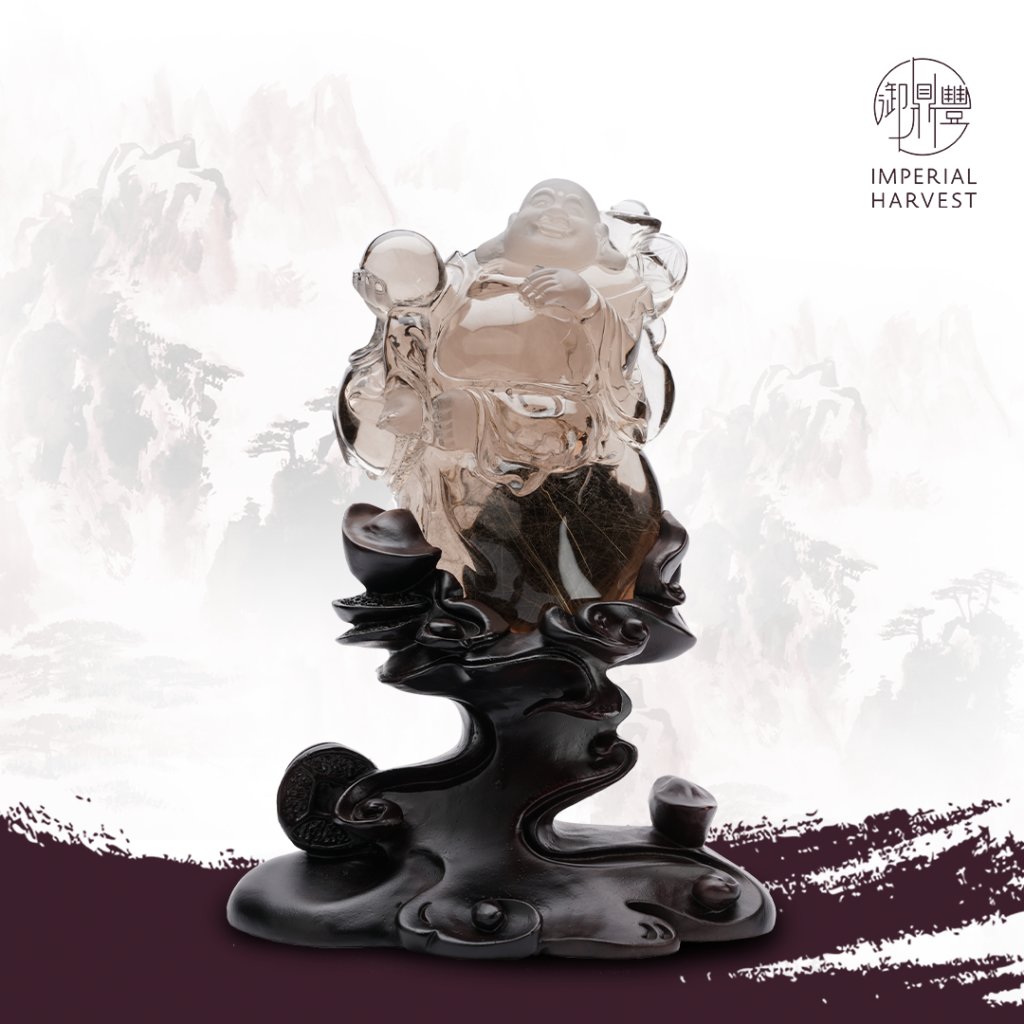 As its name suggests, the Laughing Buddha is always seen smiling or laughing. He has appeared throughout Chinese culture as a representation of both contentment and abundance, blessing those who wish for bountiful wealth, a good health, a smooth-sailing career and auspicious luck.

To amplify the effects of the Laughing Buddha, Master David has depicted him with the five most powerful weapons in prosperity, namely the gold ingot, the ruyi scepter, ling zhi (灵芝), the treasure bag and the fortune bat. Each serves a symbolic purpose.

For example, the ruyi scepter is one of the most powerful emblems of leadership and respect – ideal for highly driven and ambitious individuals who are chasing after advancements and greater authority in their careers. 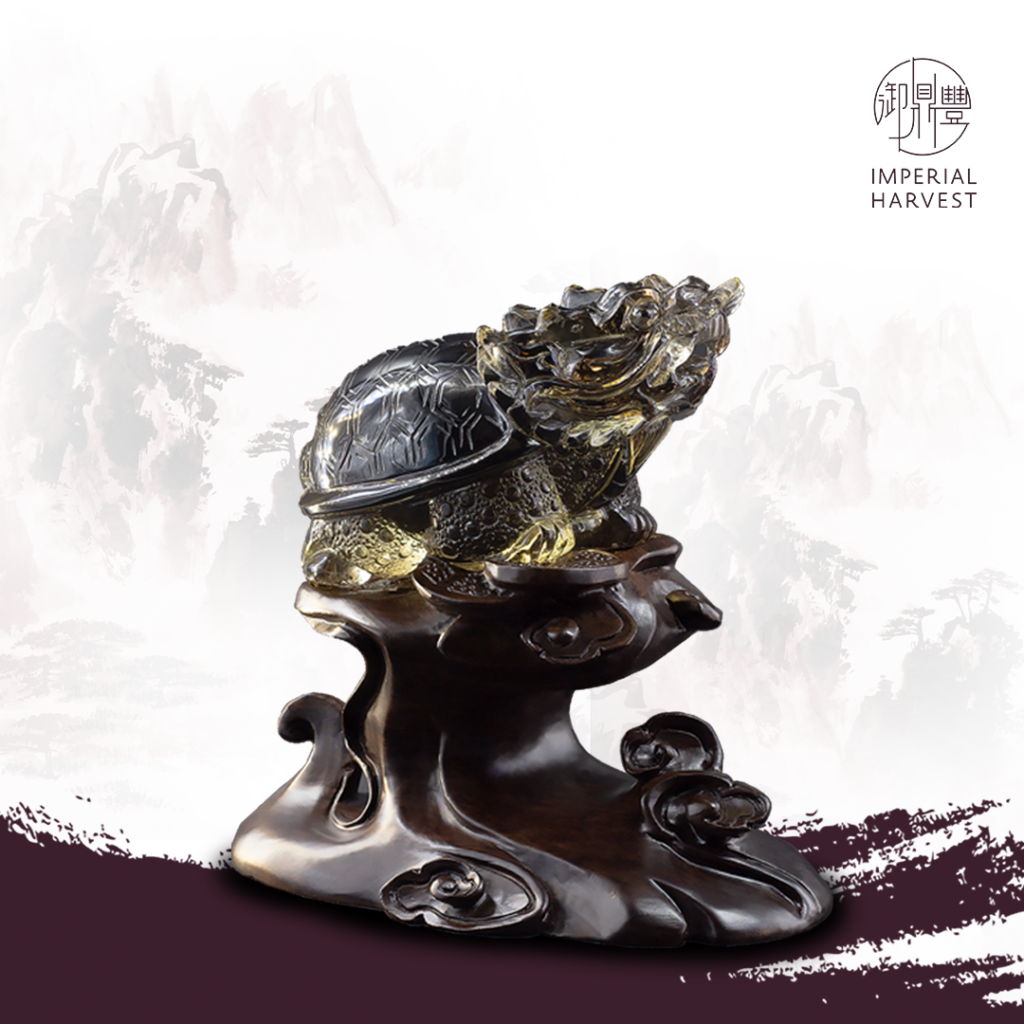 The Mythical Creatures crystal collection draws inspiration from the mythology of legendary creatures in ancient China. In Chinese mythology, these creatures are iconic symbols responsible for ushering in good fortune, prosperity and wealth.

The Dragon Turtle (龙龟) is one of the most auspicious creatures in Chinese history to grace this collection. A unique creation with the body of a turtle and the head of a dragon, the Dragon Turtle combines the best attributes of both to bring an abundance of wealth to its owner, while also guarding it with the spirit of stability.

For career professionals and entrepreneurs, this translates to being able to carve a clear path to success in a competitive industry and protect against adversities. 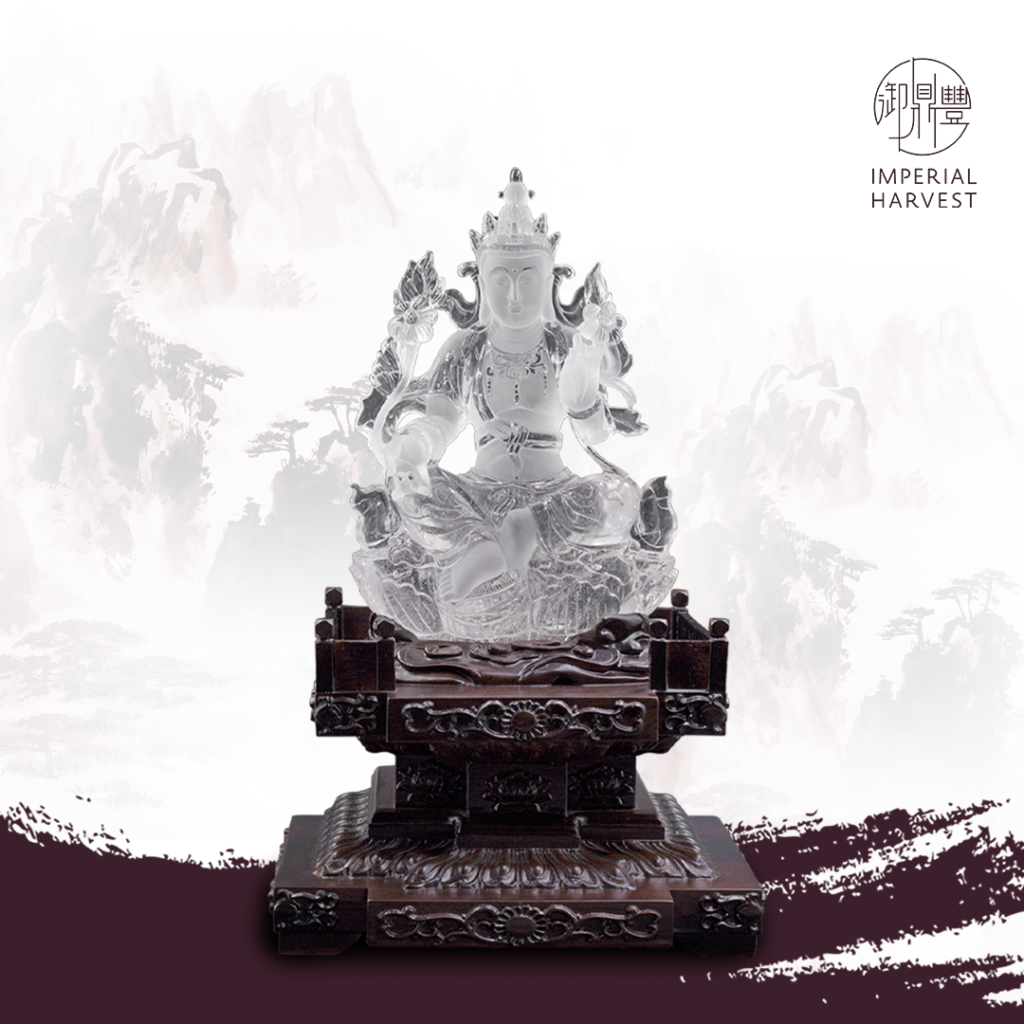 The Celestial Deities crystals represent the pinnacle of the Imperial Harvest Crystal collection as they embody omnipresent beings with immeasurable powers. Throughout history, devotees and followers alike have prayed conscientiously and earnestly to these deities, wishing for good luck and prosperity for themselves and their families.

With this in mind, Master David has immortalised them into this crystal collection for blessed clients to reap their auspicious energies. No effort was spared in replicating every detail, regardless of how minute it is, and bringing to life the most formidable manifestations of these celestial deities.

The direct benefactor sector governs the direct support you gain from the authorities, your subordinates, colleagues, superiors, bosses and customers. Examples of a direct benefactor include a boss who promoted you or a customer who bought from you.

The indirect benefactor sector governs the behind-the-scenes support you gain from the authorities, your subordinates, colleagues, superiors, bosses and customers. You usually have a limited influence over the actions of your indirect benefactor, such as the approval of your proposal by the board of directors.

In the classics of Imperial Feng Shui, ‘Mountains govern benefactors, authority and harmony, while Water governs wealth’ (‘山管人丁，水管财’). Such is the importance of the mountain that Li Ka-shing, Hong Kong’s wealthiest person, specially commissioned his residence to be built between two elemental mountains.

However, given Singapore’s urban landscape, it is impossible to be surrounded by these auspicious landform features. With no mountain in sight near the imperial palace, this was the same challenge faced by Emperor Qian Long during the Qing Dynasty. 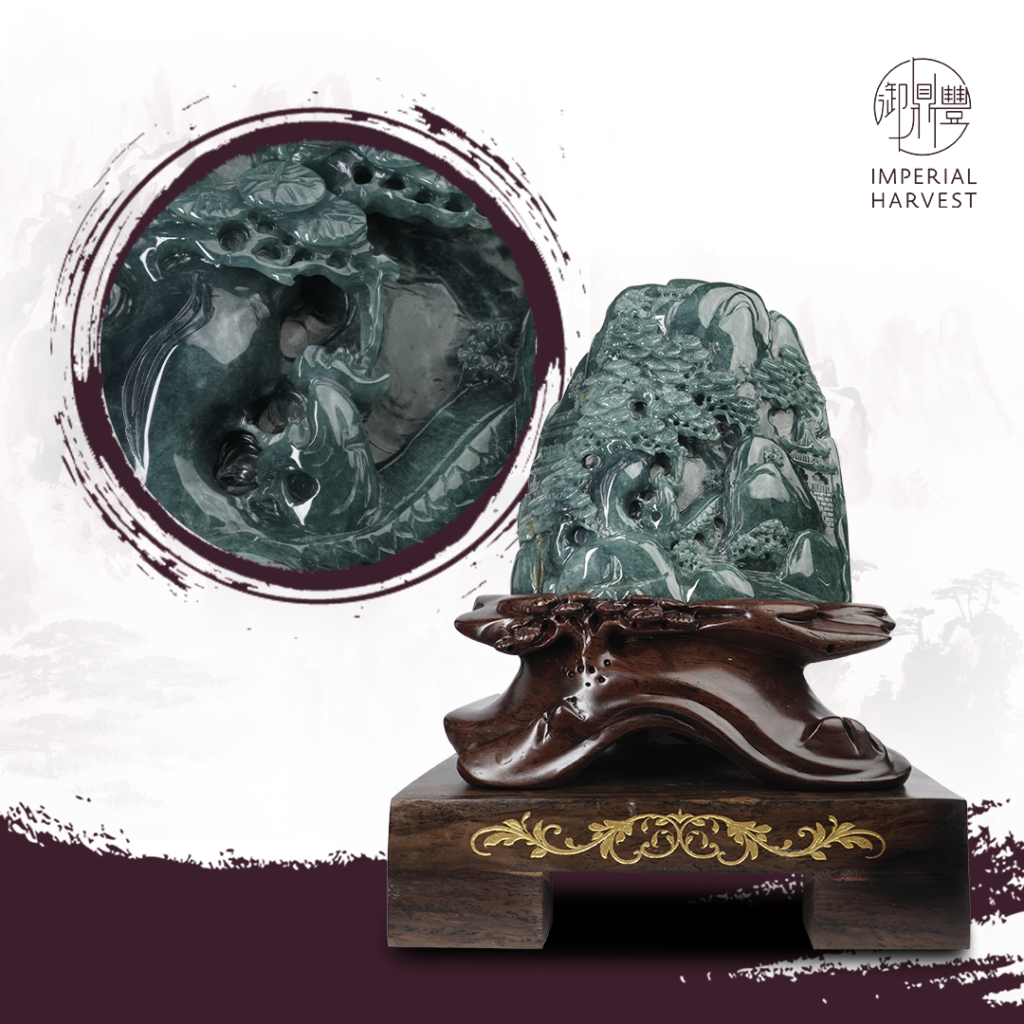 Hence, he decreed that the imperial artisans collaborated with the local craftsmen to produce the Qian Long Jadeite Mountain. Each jadeite mountain depicts a momentous painting, which in itself is already a massive undertaking. Add to that the unpredictability of a raw jadeite boulder, and you could see why each Qian Long Jadeite Mountain takes an extraordinary amount of skill and time to craft.

But the reward is a breathtaking treasure designed to empower you with powerful benefactors, boosting your opportunities for career advancements, sales and business growth.

Activating the Power and Authority Sector 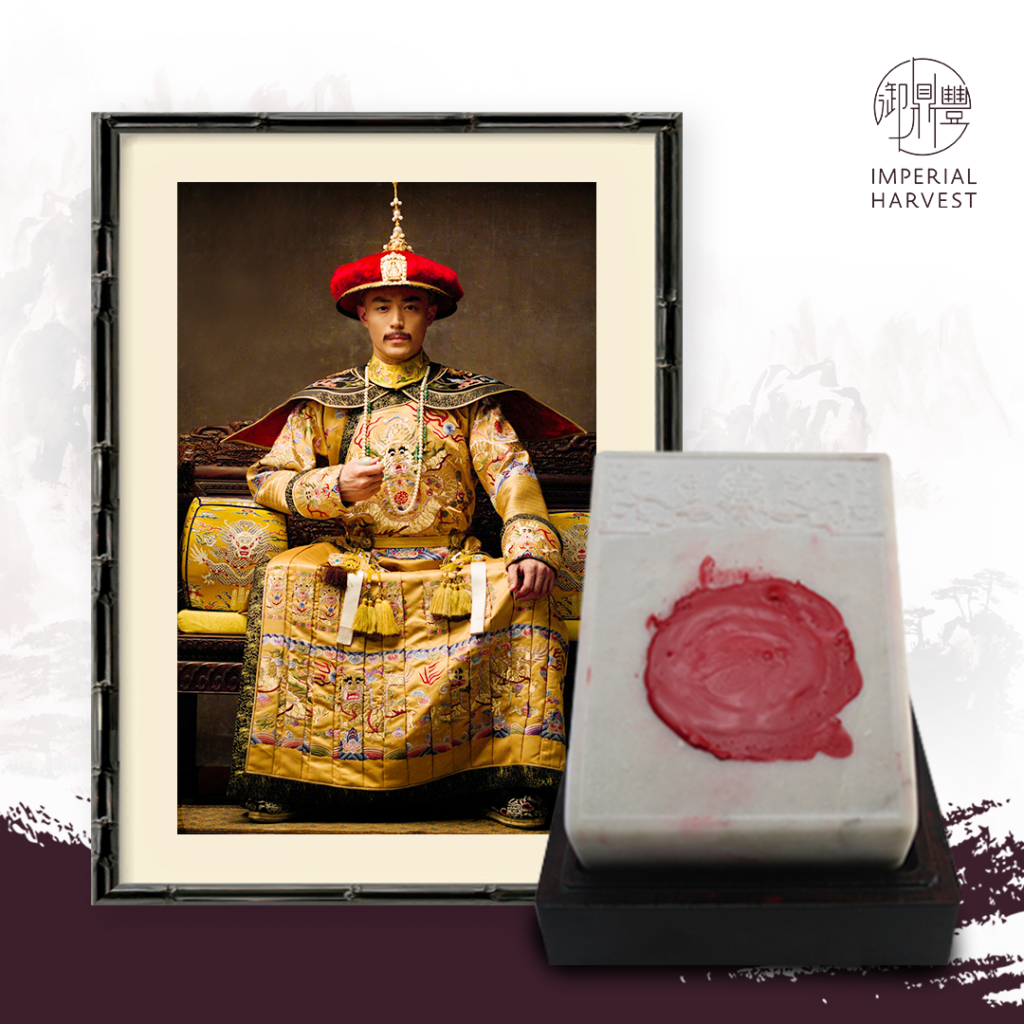 The exclusivity of the Imperial White Inkstone cannot be understated. This category of inkstone makes up just 0.02% of all the inkstones mined and was reserved for use by only the Chinese emperors, leading it to be seen as a symbol of authority and power. 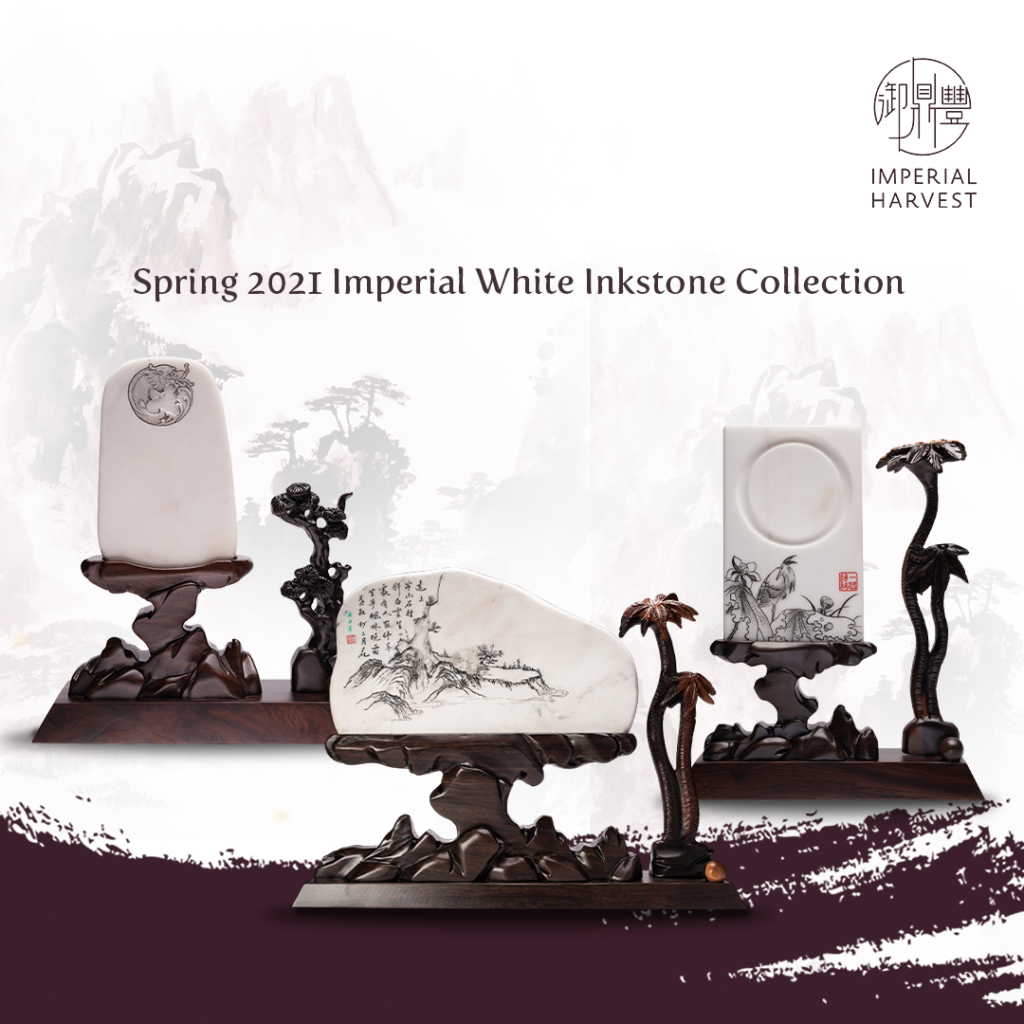 Activate the auspicious sectors in your house or office and usher in success and breakthroughs in the new year. Book a complimentary consultation or contact us at +65 91221826 (WhatsApp / Call).