Posted by Imperial Harvest on 26 August 2021 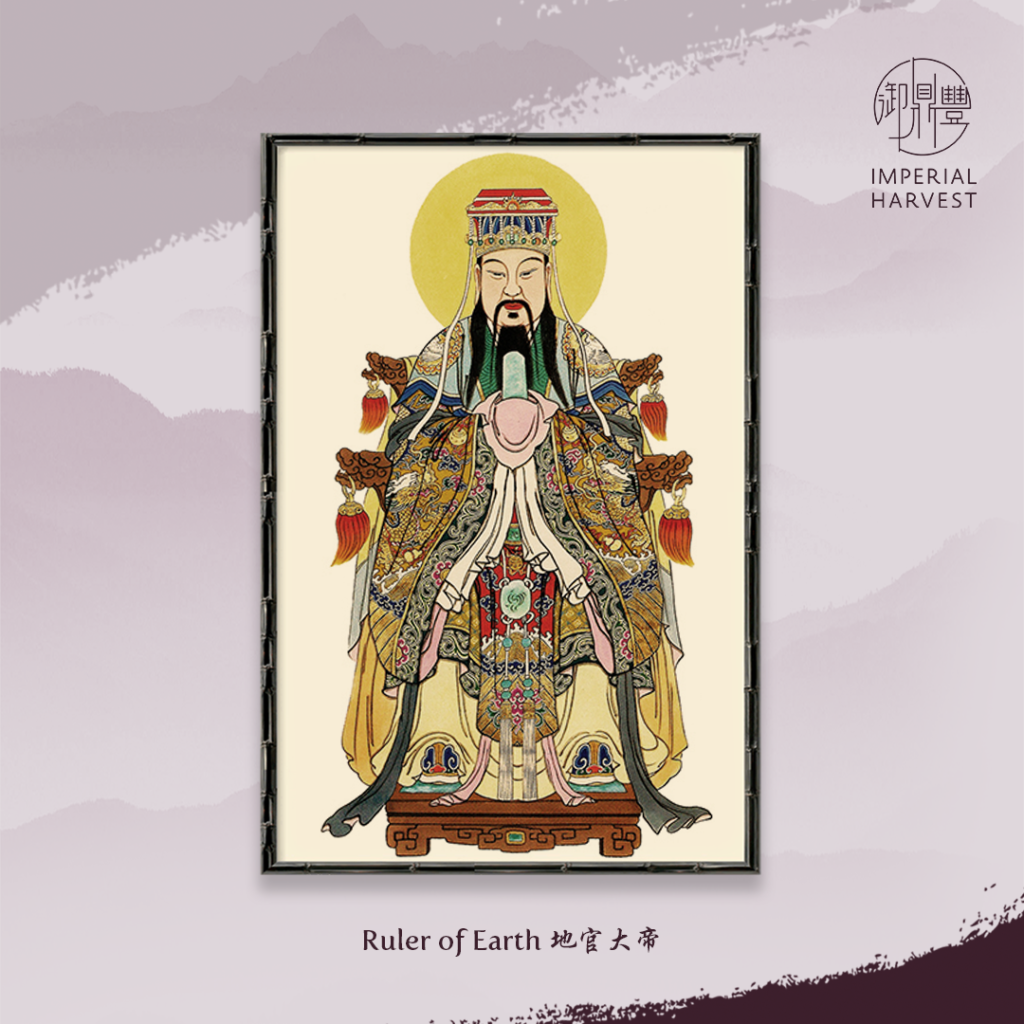 According to Imperial Feng Shui principles, there are two groups of stars, namely the mountain star and water star. Each star fulfills a specific set of roles in our lives. One of the most important verses in the classics of Imperial Feng Shui states that “Mountains govern benefactors, authority and harmony, while Water governs wealth, opportunities and intuition.” (“山管人丁，水管财”). This verse indicates the significance of the Water Star in one’s pursuit of abundance and prosperity.

In Imperial Feng Shui, the Water Star is primarily activated by the installation of fine natural crystals at the wealth sectors of homes and offices. This practice stays true to the wisdom of Emperor Qian Long. who extensively harnessed the properties of such crystals to lead the Qing dynasty to a golden era of growth, abundance and stability. 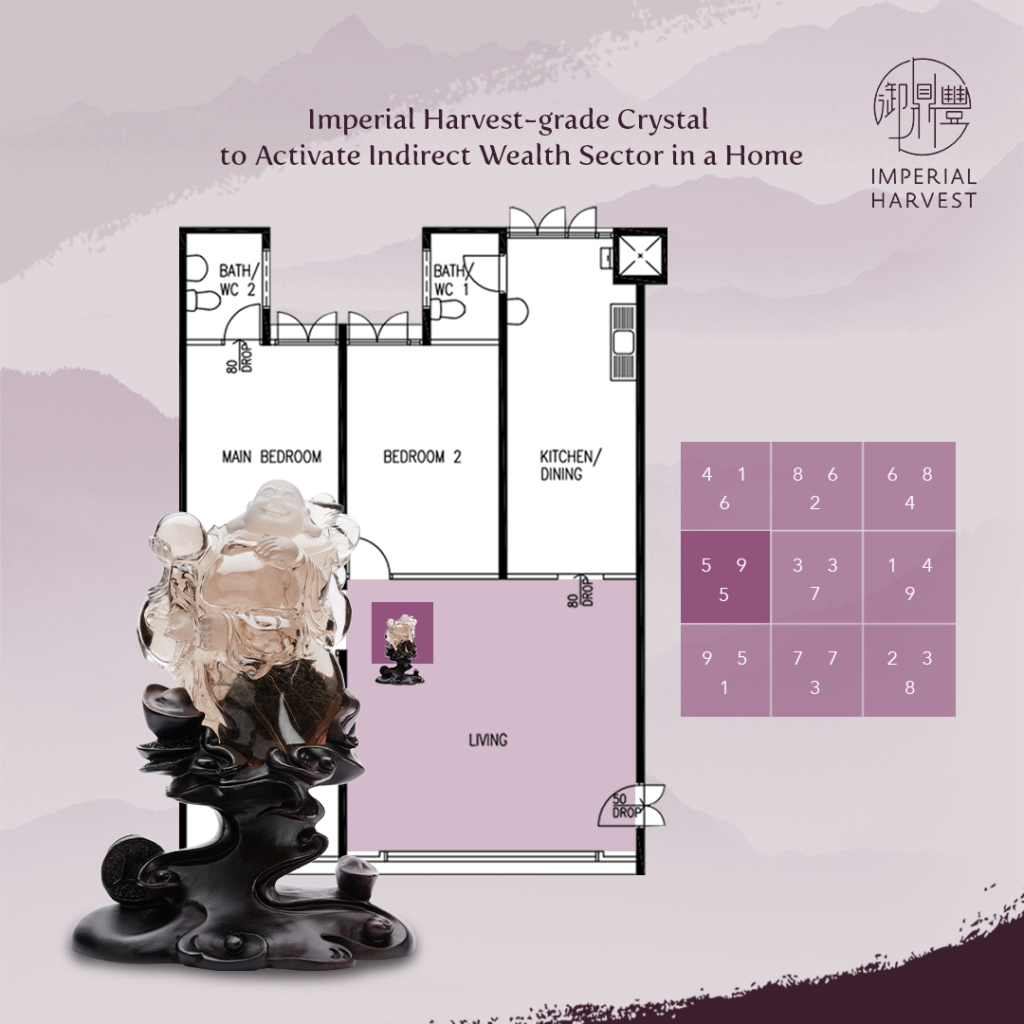 Click here to read about how Imperial Harvest stays true to this ancient tradition with our fine crystal collections.

While Imperial Harvest’s fine natural crystals are powerful enhancers of indirect wealth this Seventh Lunar Month, other interventions are required in homes and offices with missing indirect wealth sectors.

The Imperial White Inkstone has the potent ability to promote the auspicious energy of one sector while countering three inauspicious sectors (一白遮三丑, 一旺挡三煞). Apart from addressing the problems arising from missing sectors, it also counteracts the ill effects of Sha Qi and activates the authority sector in homes and offices.

Inkstones are commonly mined from the famed Seven Star Crags in Zhaoqing City, Guangdong. While they come in a variety of colours, only 0.02% of them are white, making them the rarest type of inkstone available. The renowned exclusivity of white inkstones made them historically reserved for Chinese Emperors, with Imperial Feng Shui masters using them to empower the royals with ruling authority and legitimacy. 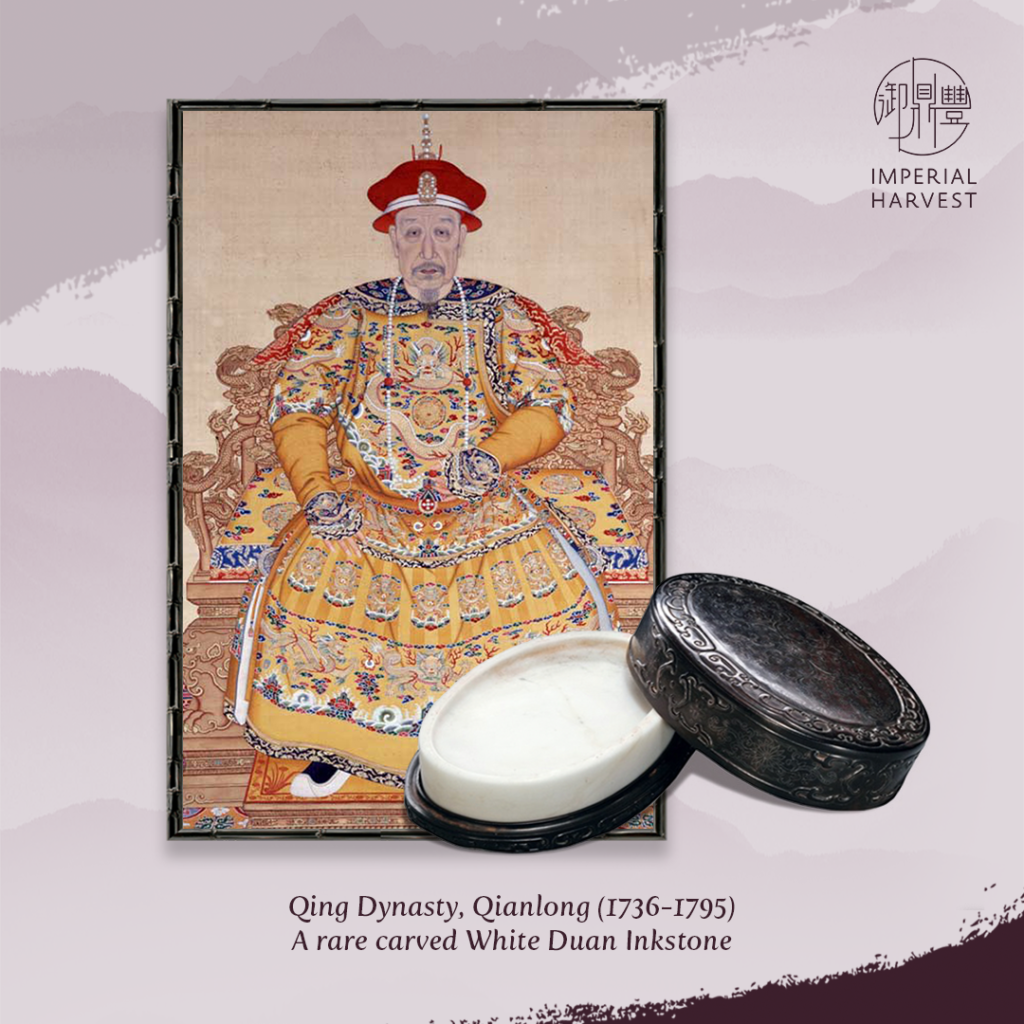 One of the foremost proponents of Imperial Feng Shui, Emperor Qian Long commissioned a variety of inkstones in ancient and classical styles. Some of these even bore inscriptions of his own poetry. The production of Imperial White Inkstones was strictly overseen by government officials and handcrafted by top imperial artisans using materials of the highest quality. The finest inkstones are free from impurities and famed for their luminous white-as-snow appearance. They also boast a jade-like texture that makes them smooth to the touch.

The complex motifs on each Imperial Harvest Imperial White Inkstone are sketched and designed by Master David, who engages only the most experienced engravers to etch his iconic handiwork on the precious stones. These artisans employ specialized tools such as binocular microscopes to carve the most minute of details with care and precision, sometimes spending more than a month on each inkstone.

Each Imperial White Inkstone is then polished to highlight its distinctive design and accentuate its shape. This is done by hand using the free-floating technique. While technically challenging, this produces a smooth and blemish-free surface.

The result of these meticulous processes is a collection of stunning Imperial White Inkstones that befit the Imperial Harvest brand. They also embody the heritage of the inkstones of Emperor Qian Long’s Imperial Court 300 years ago, along with their unrivalled Imperial Feng Shui properties.

This auspicious Seventh Lunar Month, Master David curates and presents his Imperial White Inkstone recommendations to counter the limitations of missing indirect wealth sectors in the home and office.

The Imperial Harvest Royal Panda Collection is inspired by the clean and precise painting style of Wu Zuoren, one the most prominent artists of contemporary China. 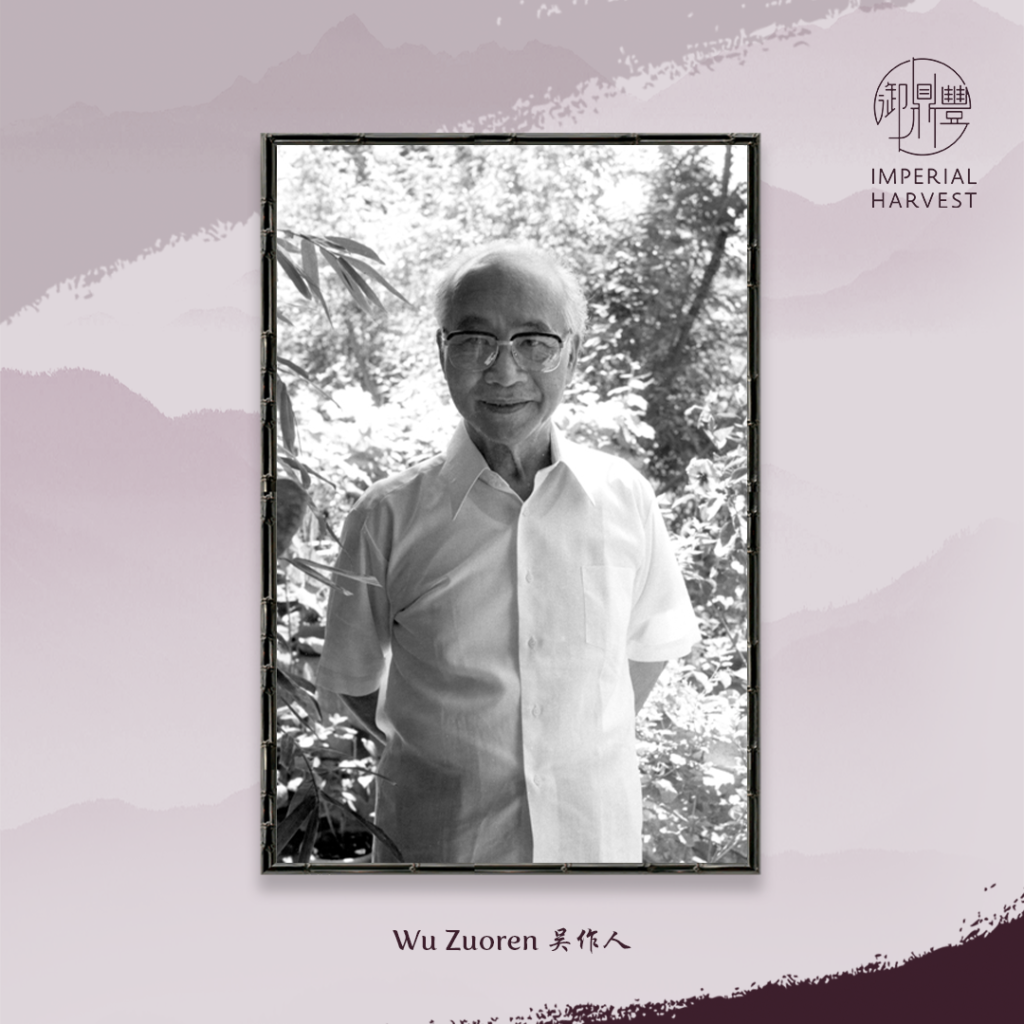 Wu Zuoren is renowned for his deft fusion of traditional Chinese depictions of scenery and nature with Occidental painting techniques. His works are characterised by simplicity, clarity of expression and vigour. 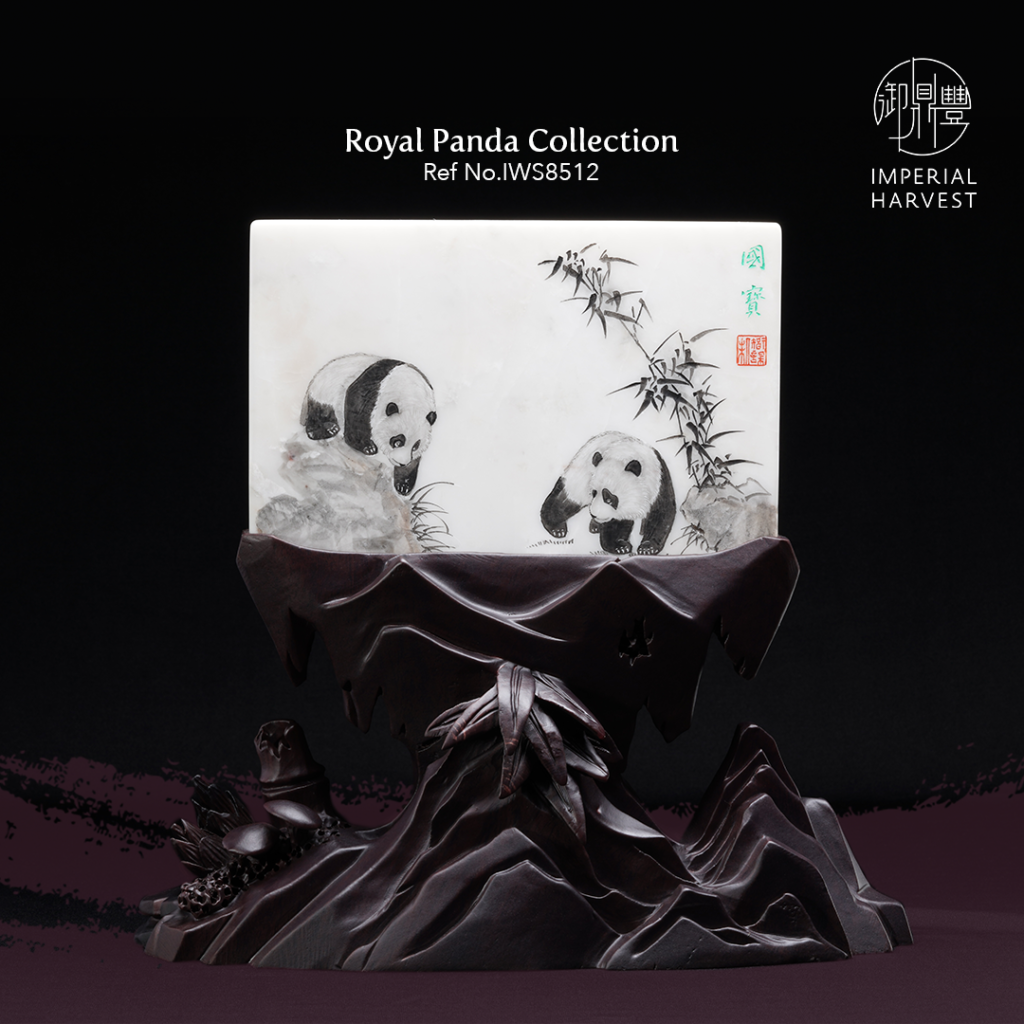 The panda is often depicted as leading a carefree life full of joy and inquisitiveness, and is also a symbol of abundance. The Royal Panda Collection pairs the panda with bamboo, whose ladder-like structure represents steps of endurance and steady progress towards success.

The pointillism technique is employed to project minuscule dots onto the stone’s surface, creating lifelike shadows that contrast the lighter shades against darker ones. The bold overlay of black on white borrows from the Renaissance-inspired chiaroscuro to augment the depth and volume of the pandas’ features, along with their jovial expressions suggesting their bliss of contentment. 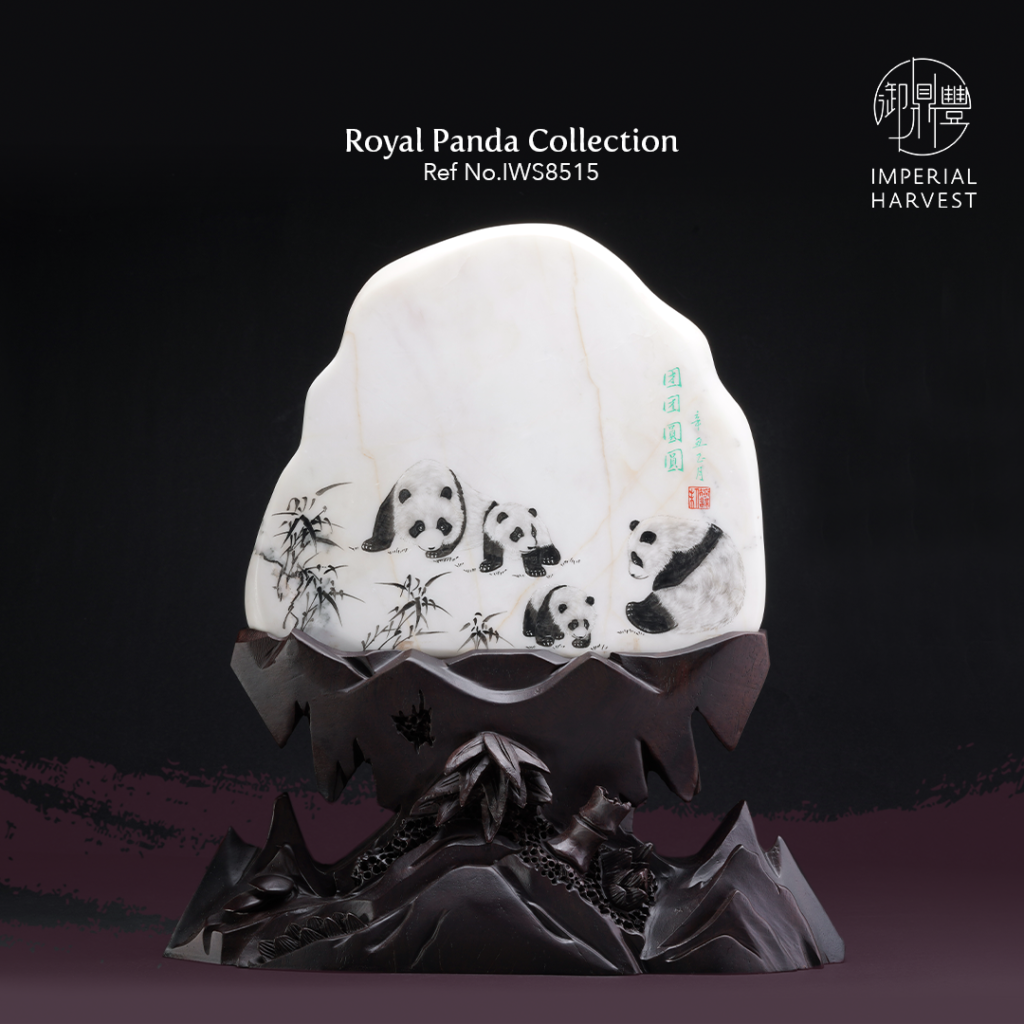 The designs in the Landscapes Collection are influenced by the landscape paintings of famous Chinese artist Huang Binhong. 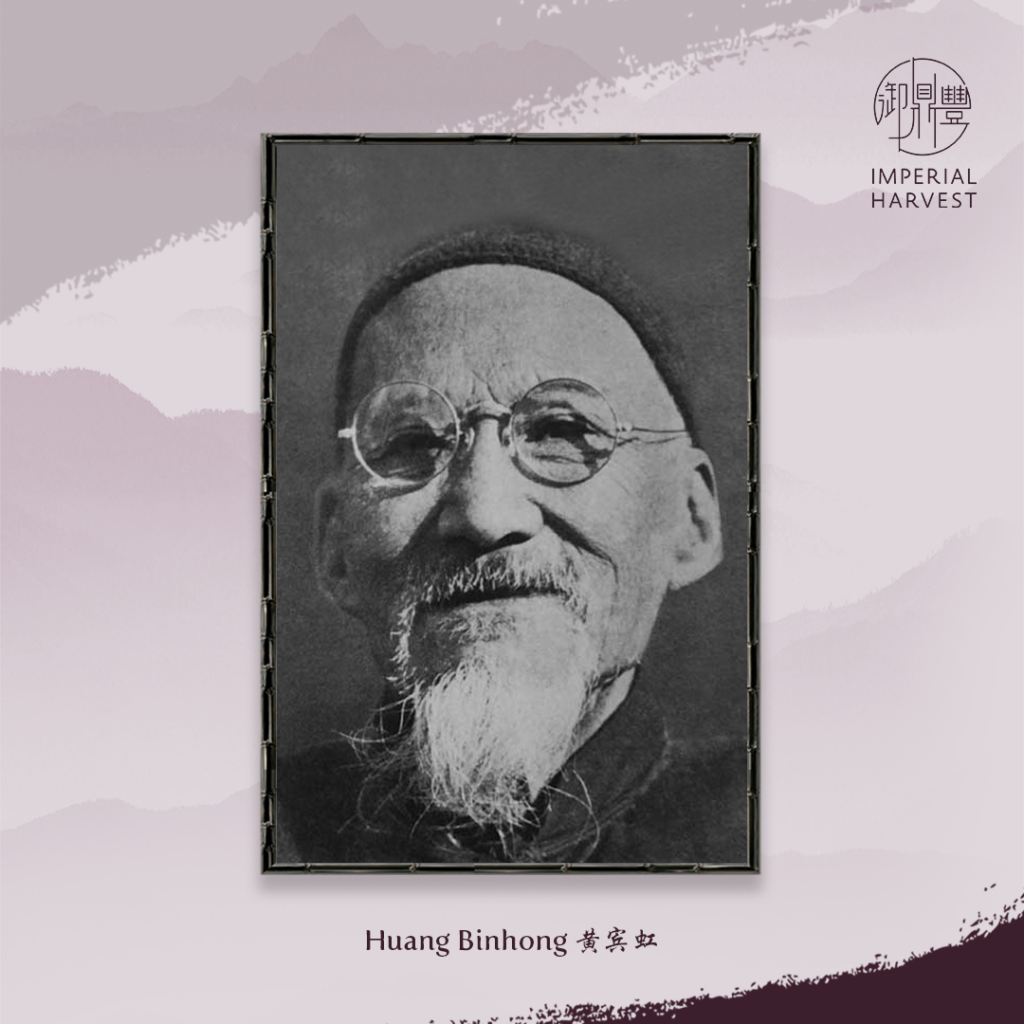 Huang Binhong possessed exceptional skill in the manipulation of brush and ink, as well as a keen understanding of positive and negative spaces that amplified the abstract nature of his brushwork. He is widely considered to be one of the last innovators in literati-style paintings, and widely acclaimed for his freehand landscapes. 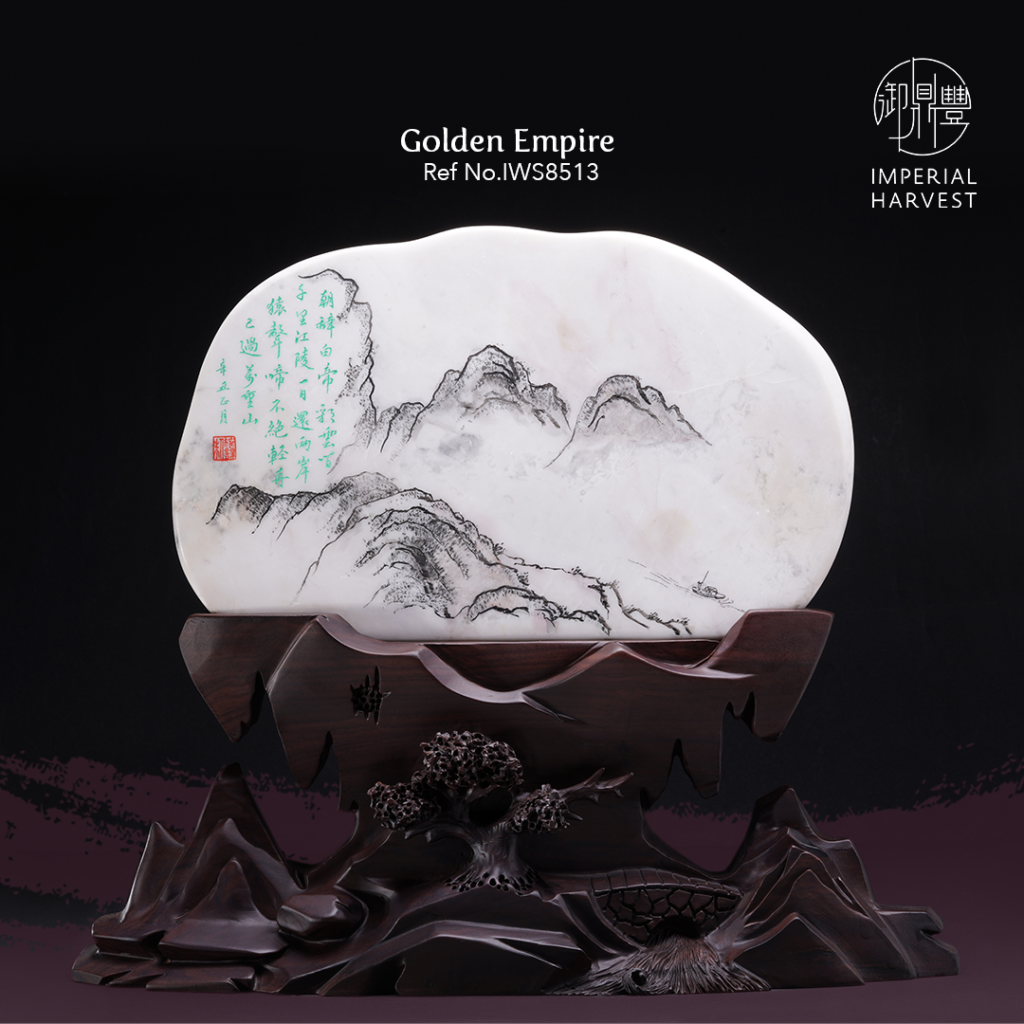 These qualities are reproduced and reflected in the Landscapes Collection, which encapsulates a nuanced depiction of the natural world. Master David’s renditions of traditional landscape paintings exhibit a richness of detail garnered from a bird’s eye perspective of landforms, flora, and fauna. Broad calligraphic strokes are incorporated cohesively into faithful mimetic representations of reality, creating stunning masterpieces brimming with technical finesse and mastery of Oriental art. 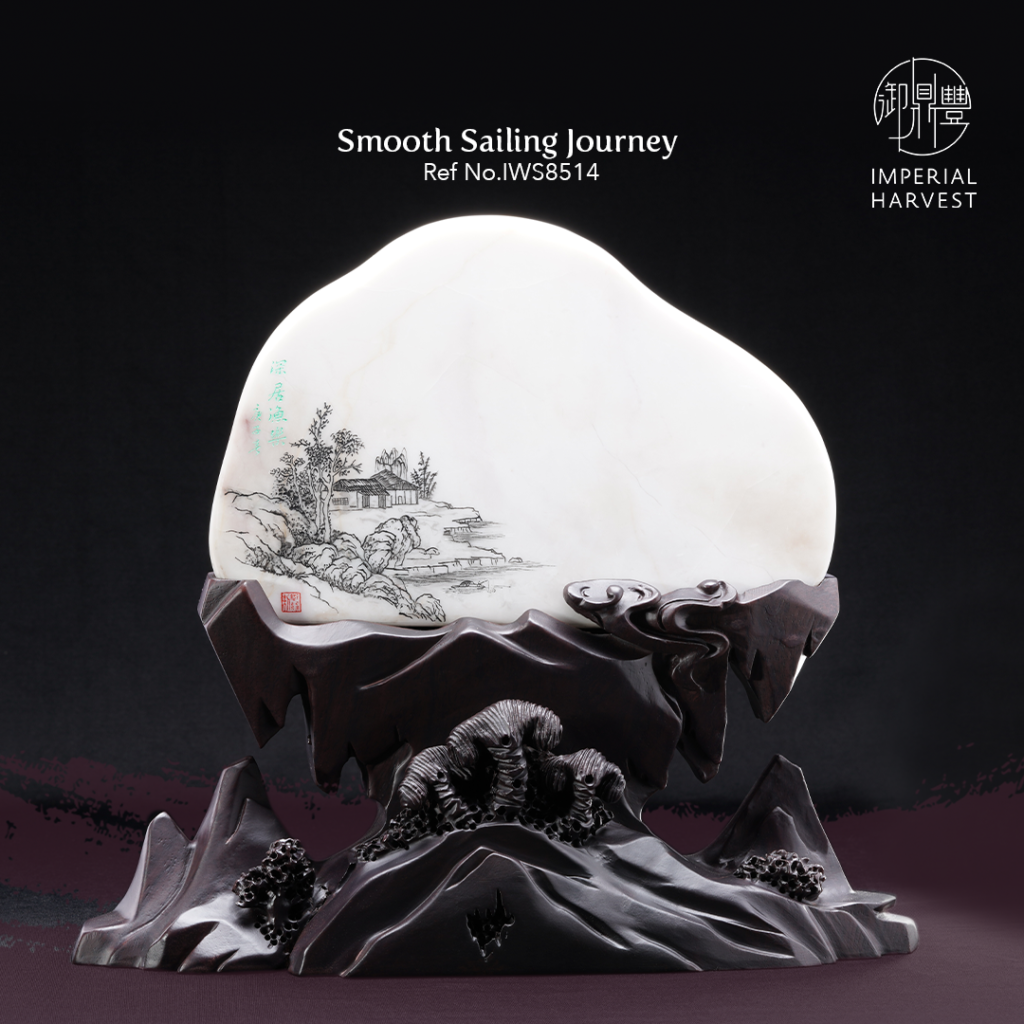 In Chinese, landscapes are known as 山水 (Shan Shui), which literally translates to “mountains and water”. These are two of the most important elements found in nature, and are thought to be harmoniously in equilibrium. Imperial Harvest’s true-to-life Landscapes Collection seamlessly marries fine artistic pedigree with the inkstones’ inherent properties to counter the effects of missing indirect wealth sectors. 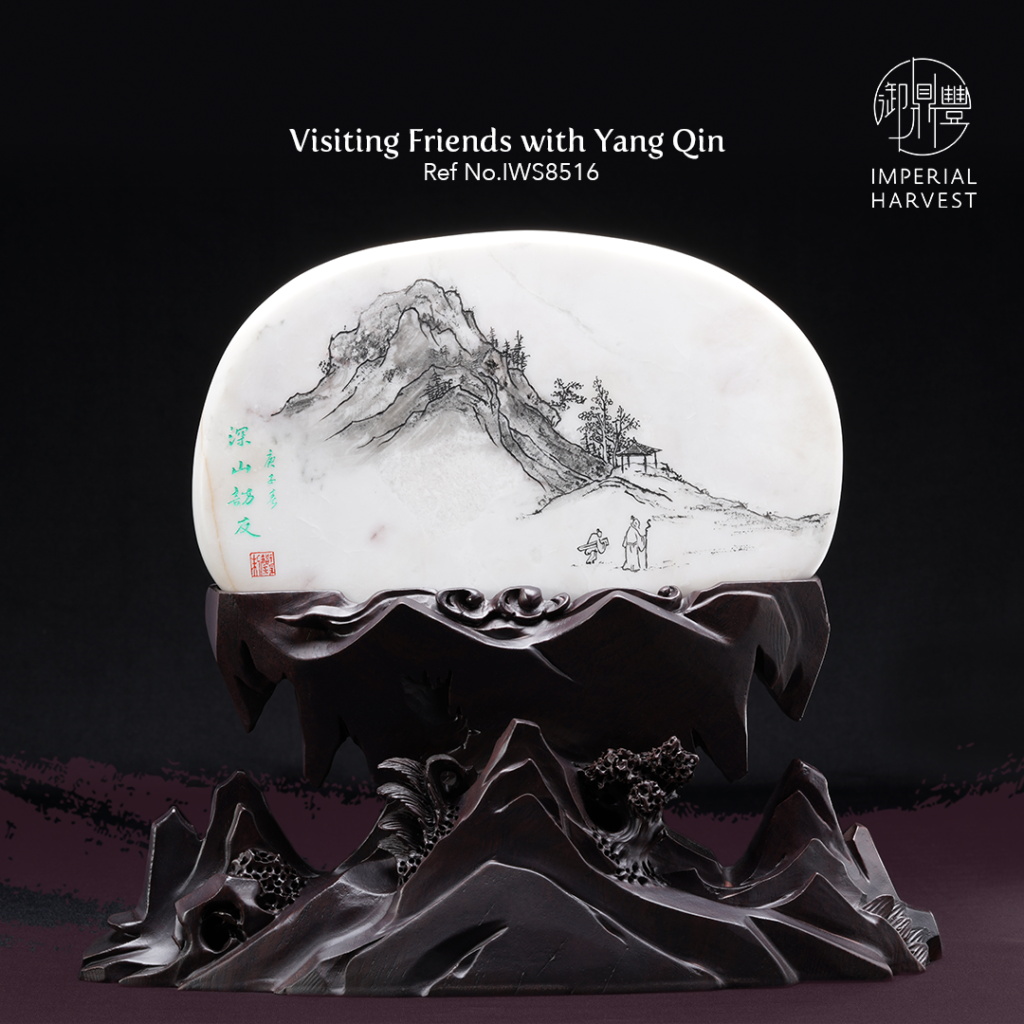 For ambitious individuals seeking massive growth in their secondary income streams, living in a home with missing indirect wealth sectors would be akin to fighting a losing battle. The Imperial Harvest Imperial White Inkstone is an indispensable treasure for such circumstances.