The Seventh Lunar Month – The Season of Indirect Wealth

The Seventh Lunar Month Festival is widely celebrated across East Asia among Buddhist and Taoist communities. It is known as the birthday month of the Ruler of Earth (地官大帝), one of three Supreme Rulers.

According to traditional Taoist beliefs, there are three Supreme Officials, or Rulers, who each govern the realms of Heaven, Earth and Water under the command of the Jade Emperor (玉皇). 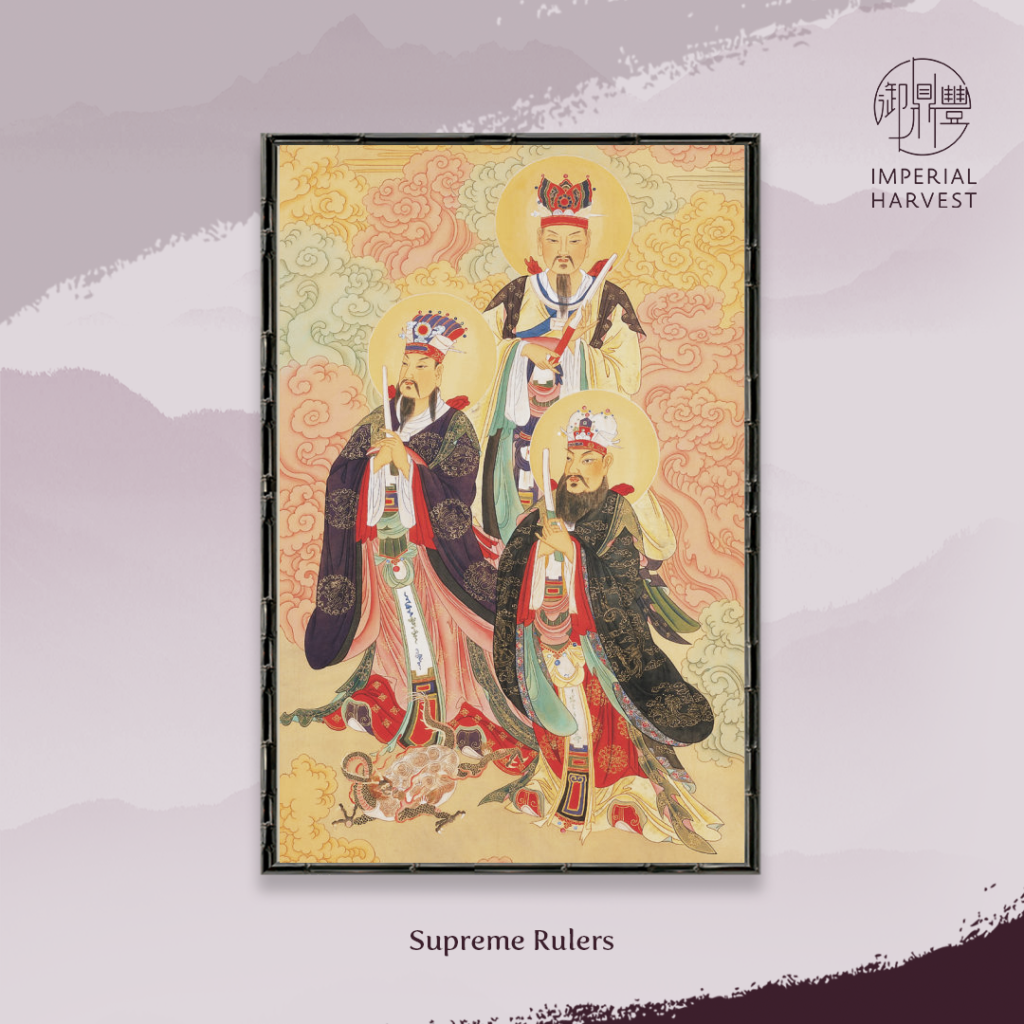 Collectively, they are known as the San Guan Da Di (三官大帝), and rank among the highest of all deities, maintaining authority over all matters in their respective universe domain

The San Guan Da Di are benevolent and exercise compassion in overseeing and controlling the fate and prosperity of all humankind. 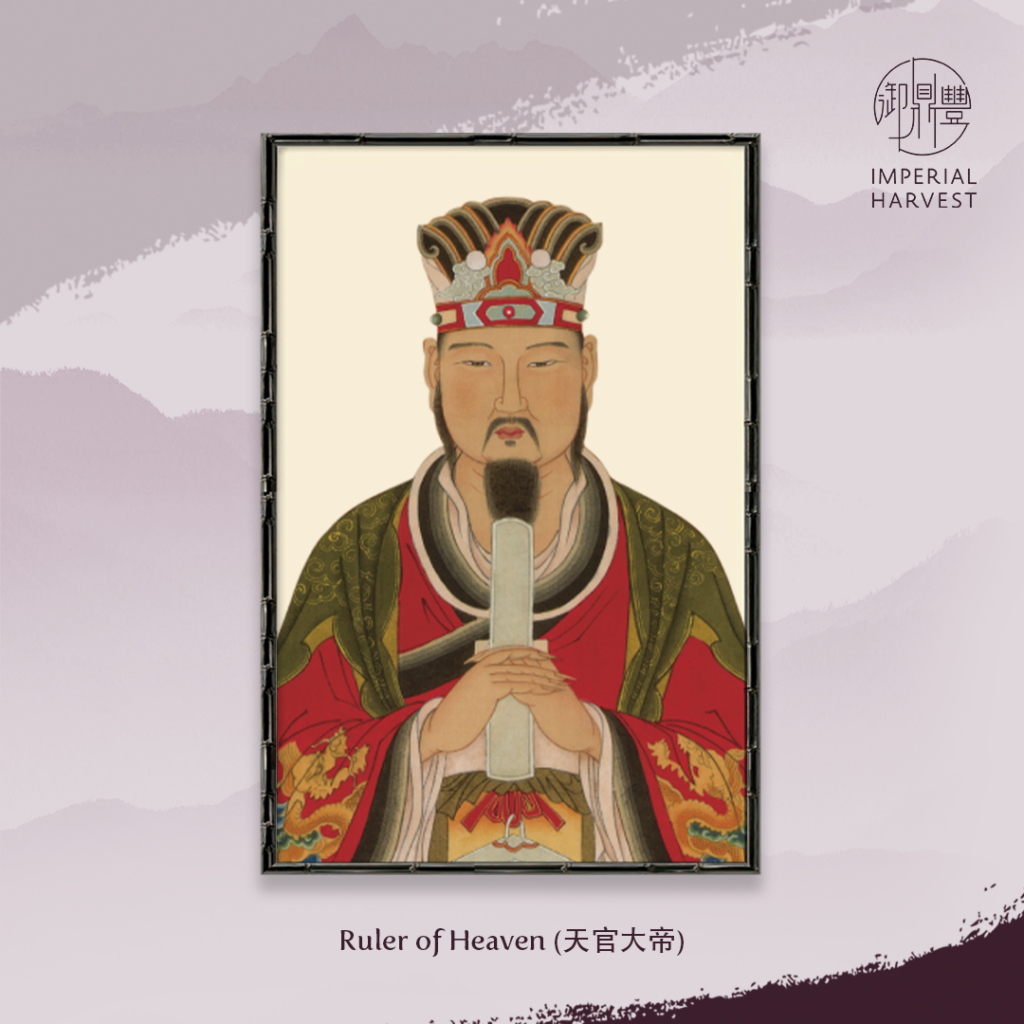 He governs heavenly wealth capacity (天财库) and direct wealth luck, bestowing happiness and joy upon devotees. His birthday is commemorated on the 15th day of the first lunar month as Shang Yuan Festival (上元节) which marks the golden moment to enhance our direct wealth luck. 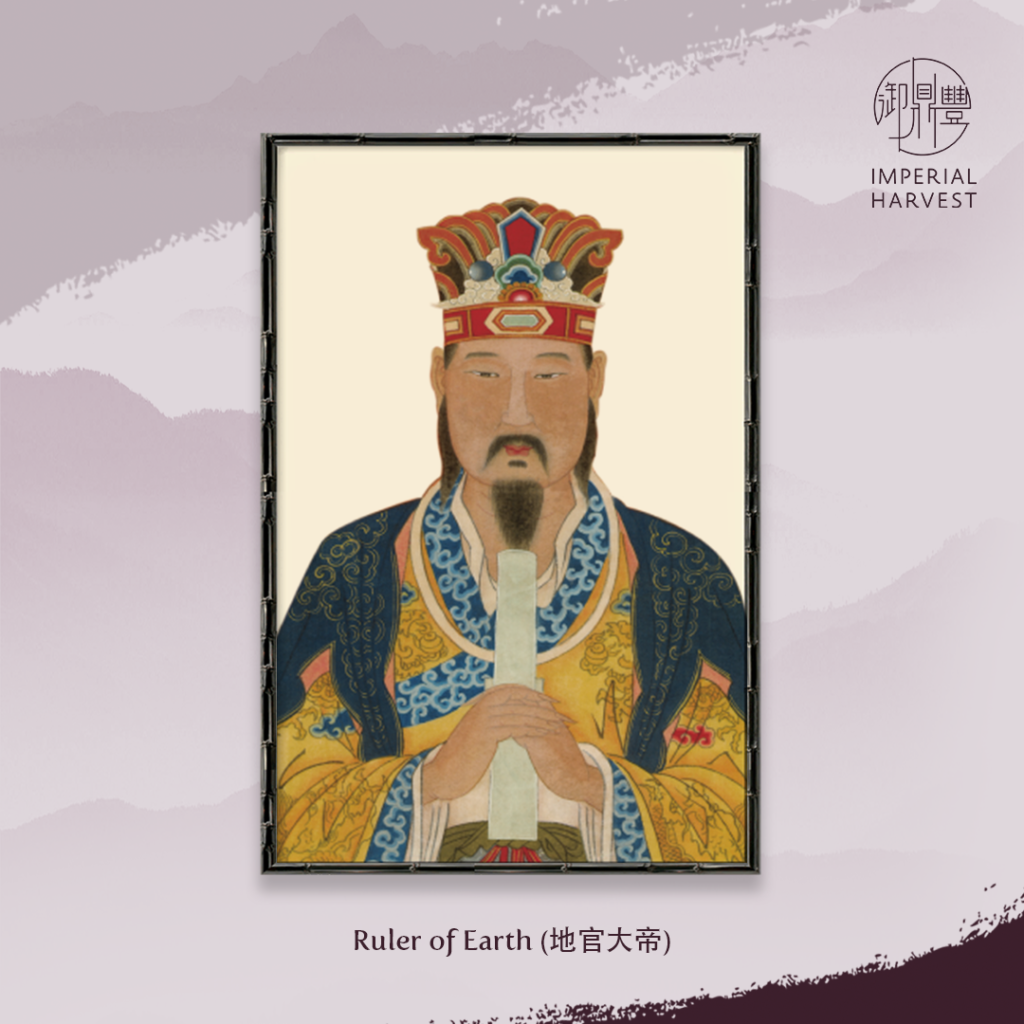 He oversees earthly wealth capacity (地财库) and indirect wealth luck. He also grants devotees intuition and instinct to build a consistently increasing investment portfolio. His birthday falls on the 15th day of the seventh lunar month, and is celebrated as Zhong Yuan Festival (中元节),which marks the golden moment to enhance our indirect wealth luck. 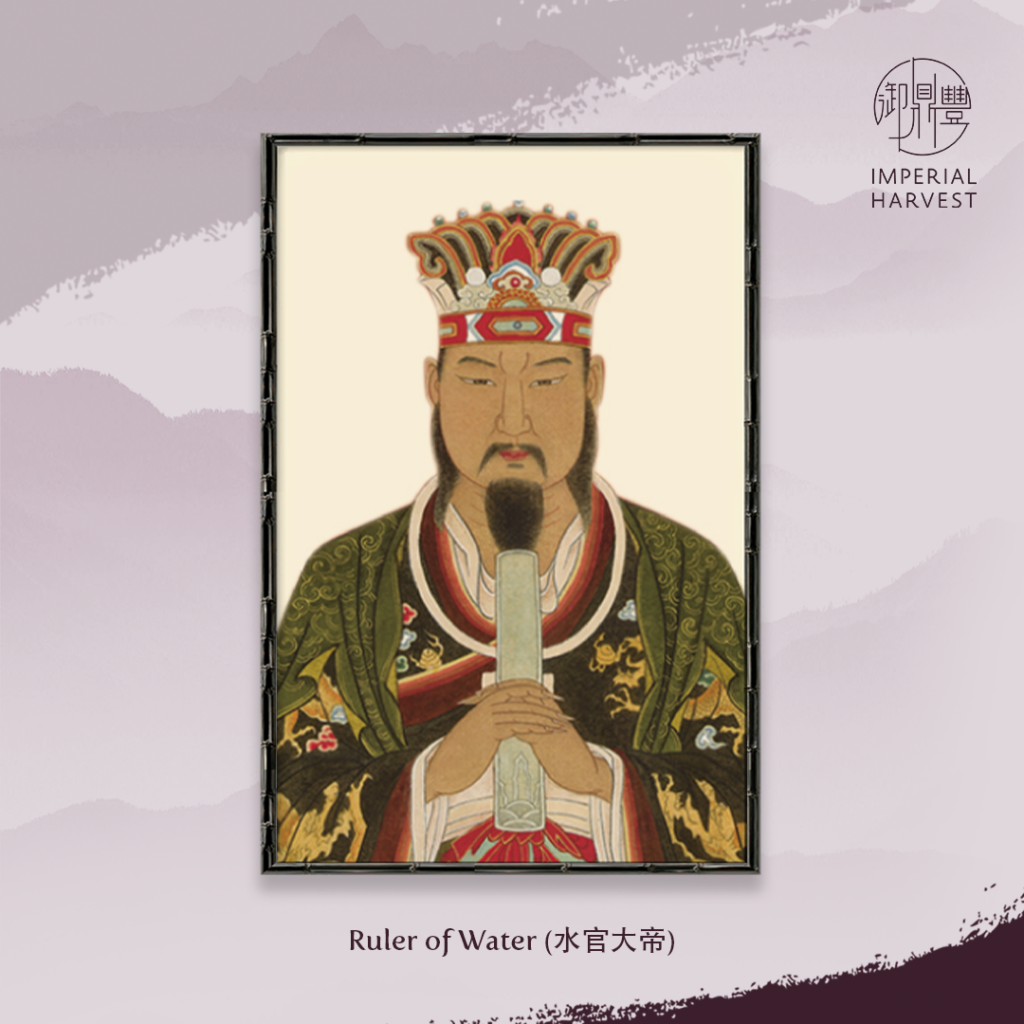 He is put in charge of wealth capacity deriving from water bodies (水财库) and benefactor luck. He is also tasked with averting all evil and directing humankind to uprightness and virtuousness.

“山管人丁，水管财” (“Mountains govern benefactors, authority and harmony while Water governs wealth”) is one of the most important principles in the classics of Imperial Feng Shui.

This principle reiterates the most important factor in Imperial Feng Shui in that the balance of Yin and Yang is the key to achieving success in life.

The Water Star is present in our living and working environments and plays a pivotal role in governing wealth, opportunities and intuition.

His birthday is celebrated by devotees as Xia Yuan Festival (下元节) on the 15th day of the tenth lunar month, which marks the golden moment to enhance the water stars ( wealth sectors) in our houses, offices and shops.

According to studies of the I-Ching (易经), one of the foremost Chinese classic divination texts, all life forms are capable of embarking on new journeys in seven days, making the number seven strongly associated with a time of renewal.

Marking the birthday of Di Guan, the ruler of Earth who oversees indirect wealth, the seventh lunar month therefore denotes the golden moment for the following activities:

What is indirect wealth?

Indirect wealth refers to wealth derived from secondary sources of income. These include investments, trading and windfalls such as the lottery, which act as supplements to our primary income sources such as full-time professional pursuits.

Wealth capacity, on the other hand, refers to the amount of wealth individuals are able to amass in their lifetime. Indirect wealth capacity (偏财库) denotes the income potential we derive from our investment, trading and other supplementary sources of income.

Get to know the Imperial Harvest Jadeite collections for enhancing your indirect wealth luck:

According to legend, Zhong Kui was born with a panther-like head, big piercing eyes and a large, curly beard. An academically gifted young man, Zhong Kui went on to top the Imperial Civil Examination.

The Indirect Wealth Gold Ingot (偏财金元宝) placed at Zhong Kui’s foot attracts an abundance of wealth and opportunities to its destined owner no matter where they go.

In addition to gathering wealth and prosperity, the Wealth Goblins (招财精灵) also protect its destined owner from malefactors.

As the grand indirect wealth god, Tua Di Ya Pek is the most closely guarded Imperial Feng Shui secret utilised by our clients in top proprietary trading and investment management companies.

In addition, adorning a tall hat which bears the Chinese phrase “天下太平” (literally translated into “peace and prosperity for all under the heavens”), Di Ya Pek bestows its destined owner with peace, prosperity and happiness.

The figure in the background, Tua Ya Pek carries the tablet that bears the Chinese phrase “发财” (literally translated into “prosper). He commands the arrival of massive fortunes – by navigating the treacherous financial markets with ease, Tua Ya Pek accelerates massive and consistent growth in its destined owner’s financial portfolios.

Designed with ambitious traders and investors in mind, the Tua Ya Pek is a lifetime luck multiplier for its destiner owners to grow their wealth and success through explosive increments in investment earnings. 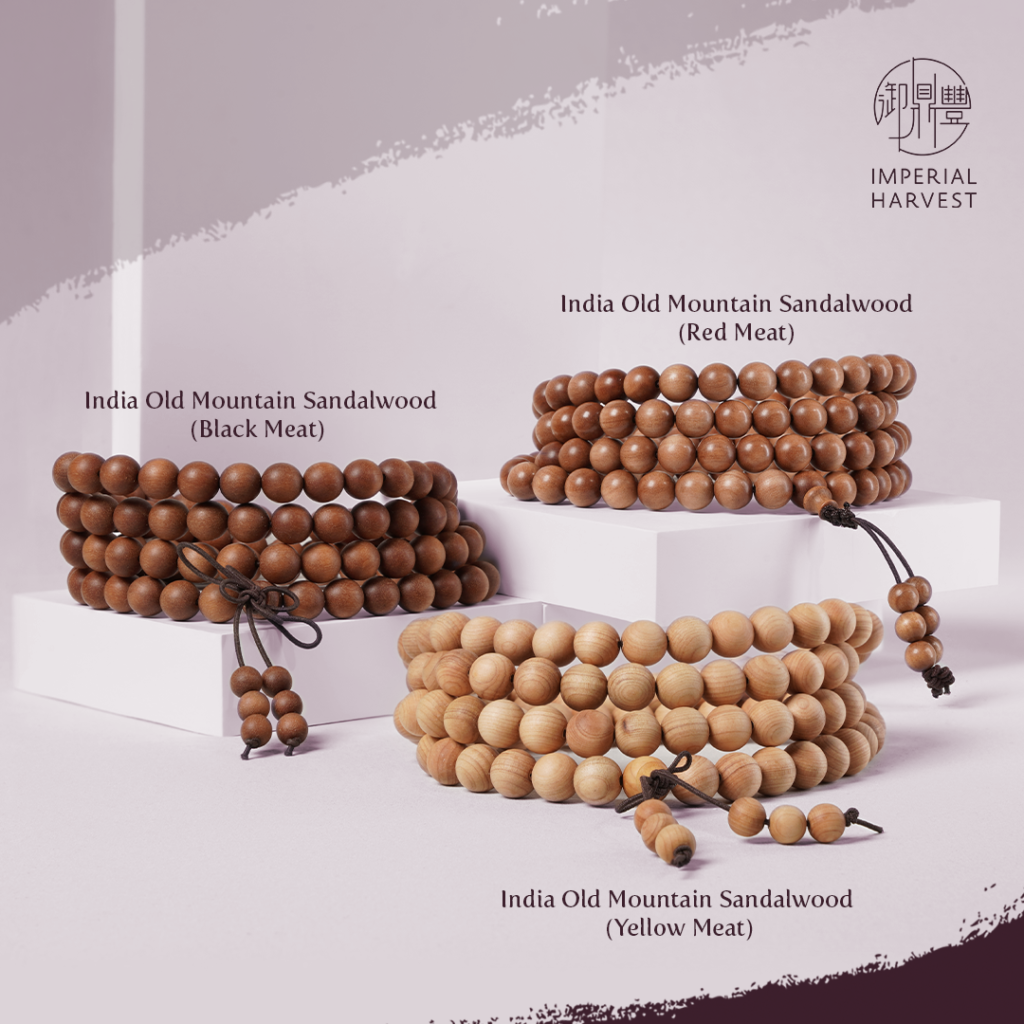 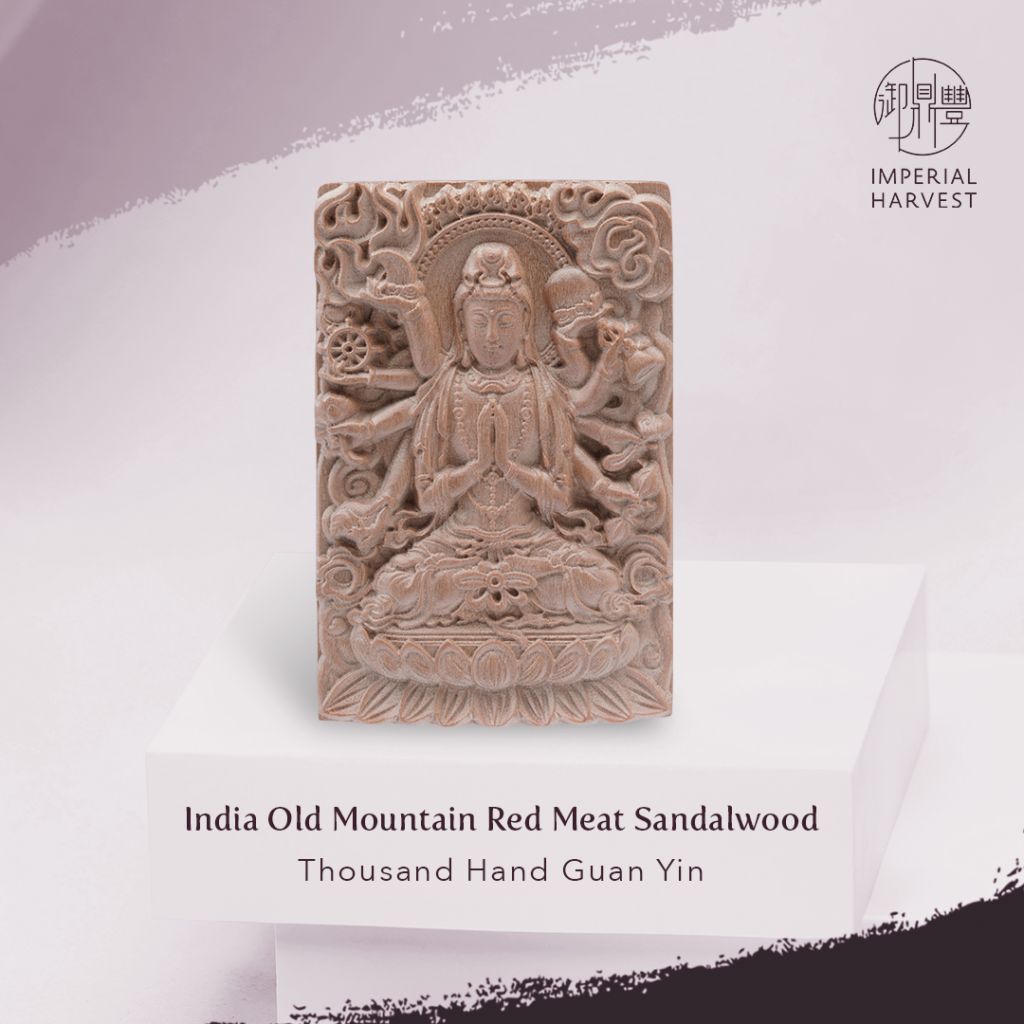 This upcoming auspicious seventh lunar month, the birthday month of Ruler of Earth (地官大帝), discover how you can thrive and achieve indirect wealth breakthroughs in your investment and trading endeavours with Imperial Harvest.

The Significance of Seventh Lunar Month