Posted by Imperial Harvest on 02 August 2021

What is Indirect wealth capacity?

Indirect wealth capacity refers to the total lifetime income potential one derives from supplementary income sources such as investments and the lottery.

The coming-to-life of an Imperial Harvest Sandalwood Treasure

Every piece of sandalwood that bears the Imperial Harvest name is derived from India Old Mountain Sandalwood trees at least 80 years of age. This is a testament to its exceptional raw quality. 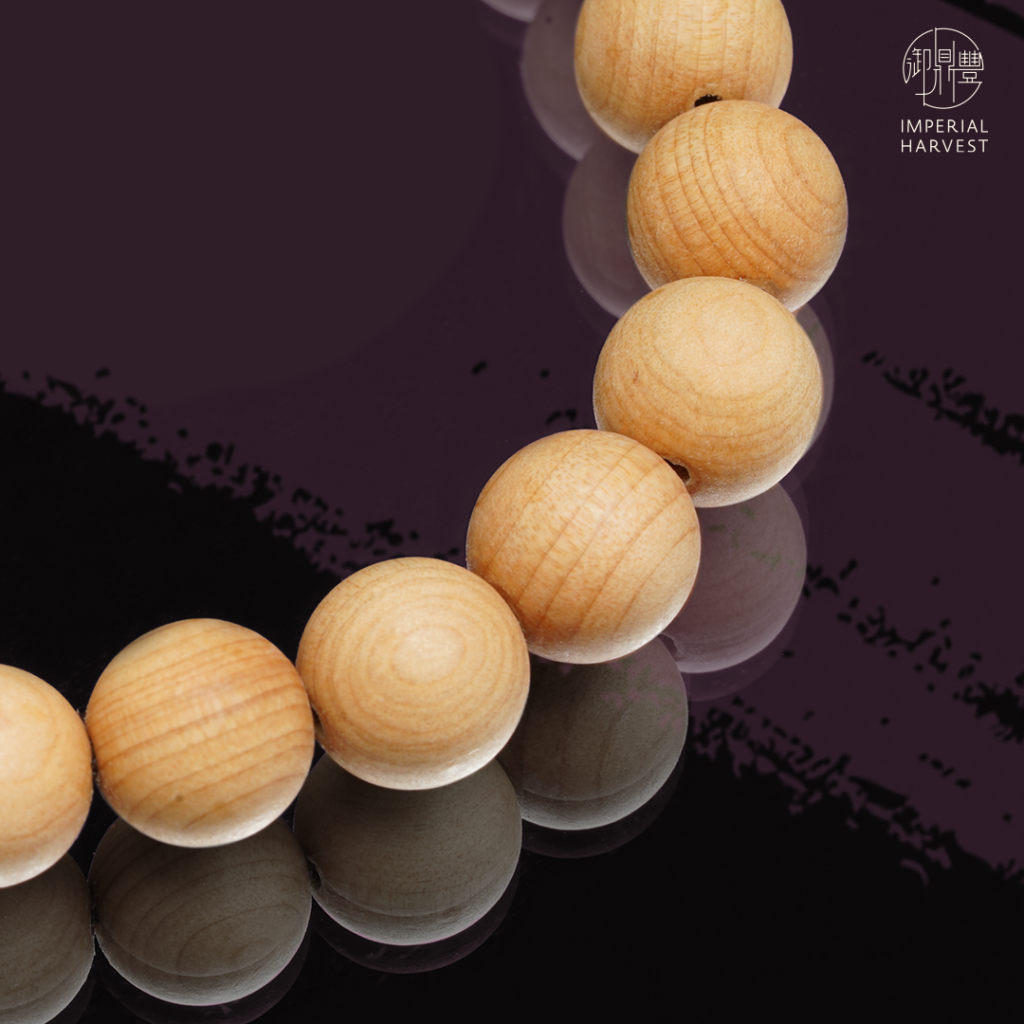 India Old Mountain Sandalwood (Yellow Meat) 印度老山檀香 (黄肉) is unique in that it is logged without undergoing any significant period of fermentation. It tends to smell stronger than other types of sandalwood, packing a more pervasive and pungent scent. It also bears a pleasant and faint yellow colour.

The Yellow Meat Sandalwood is a potent wealth remedy that empowers its destined owners to achieve consistent growth in their investment and trading portfolios. 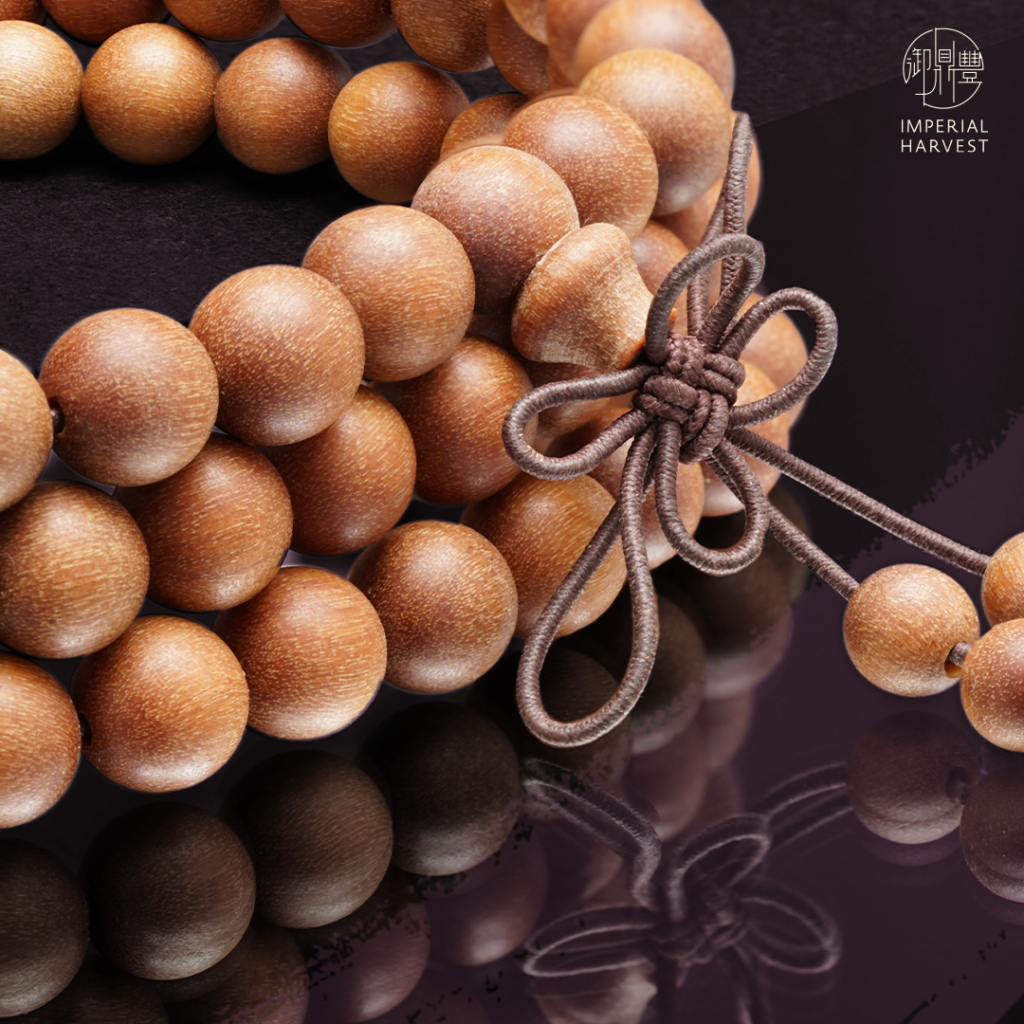 India Old Mountain Sandalwood (Red Meat) 印度老山檀香 (红肉) is harvested from the stems of sandalwood-producing trees before undergoing not less than 30 years of fermentation. It carries a gentle soothing fragrance, and boasts a robust iron-red colour overlaid with subtle dark hues.

The India Old Mountain Sandalwood (Red Meat) is a powerful expander of indirect wealth capacity. It is ideal for those who seek consistently high growth in their investment and trading portfolios. By forestalling wealth leakage, it brings about breakthrough growth and accumulation of wealth in their financial portfolios. 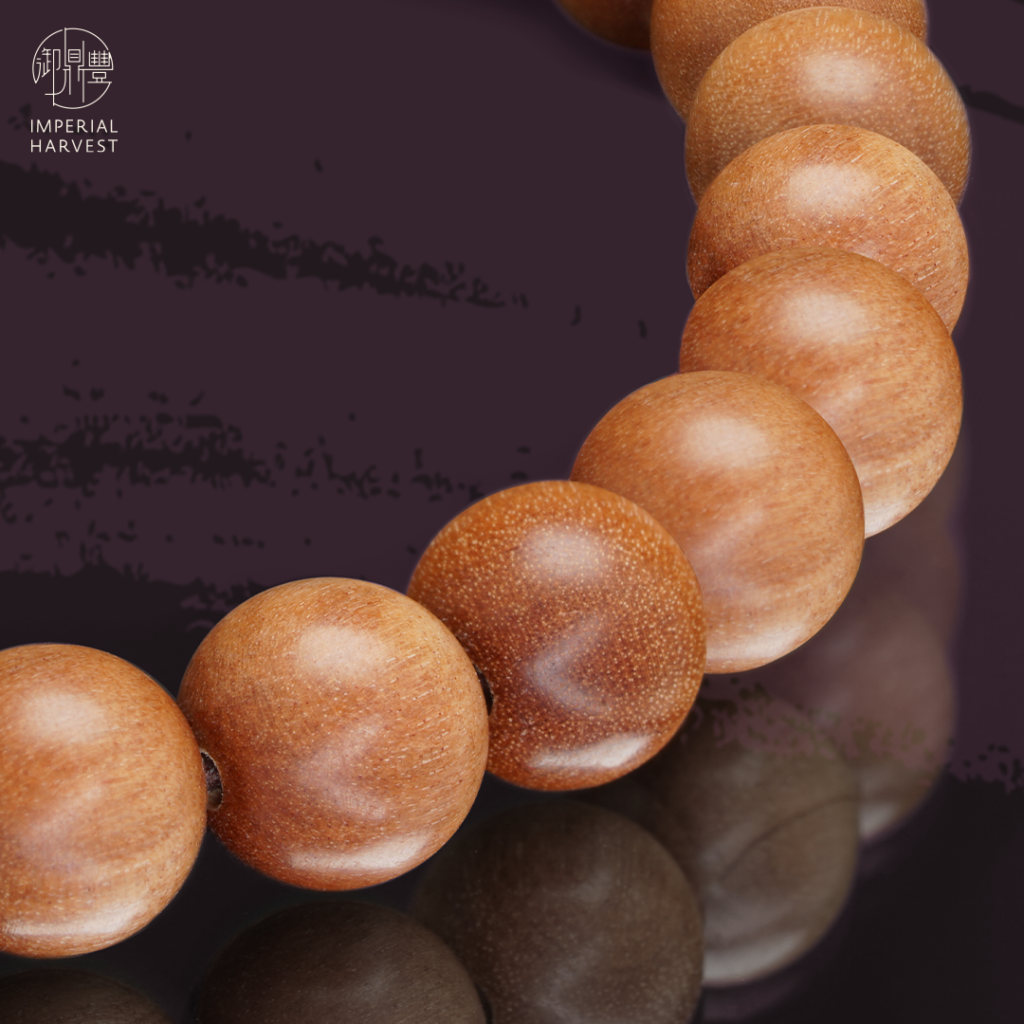 India Old Mountain Sandalwood (Black Meat) 印度老山檀香(黑肉) is derived from the roots of sandalwood-producing trees. With its rarity and lengthy fermentation period that stretches beyond 30 years, it is the most prestigious and sought-after type of sandalwood. It is endowed with a lasting and pleasant sweet scent, and has an appearance to match, boasting an exceptionally rich and dark resin.

The India Old Mountain Sandalwood (Black Meat) is used solely for the creation of sandalwood beads and pendants. It is dedicated to those who seek grand wealth and success in their financial portfolios, and blesses destined owners with immense indirect wealth growth.

Every Imperial Harvest sandalwood bead is hand-crafted and polished by master artisans from the finest raw sandalwood available. The result of this meticulous effort is a collection of simple yet elegant beads. Their exceptional fragrance and resins are carefully brought to the fore and allowed to shine. Based on Imperial Feng Shui principles, 108 beads empower blessed clients to command the universal forces to create and manifest their desired future and reality. 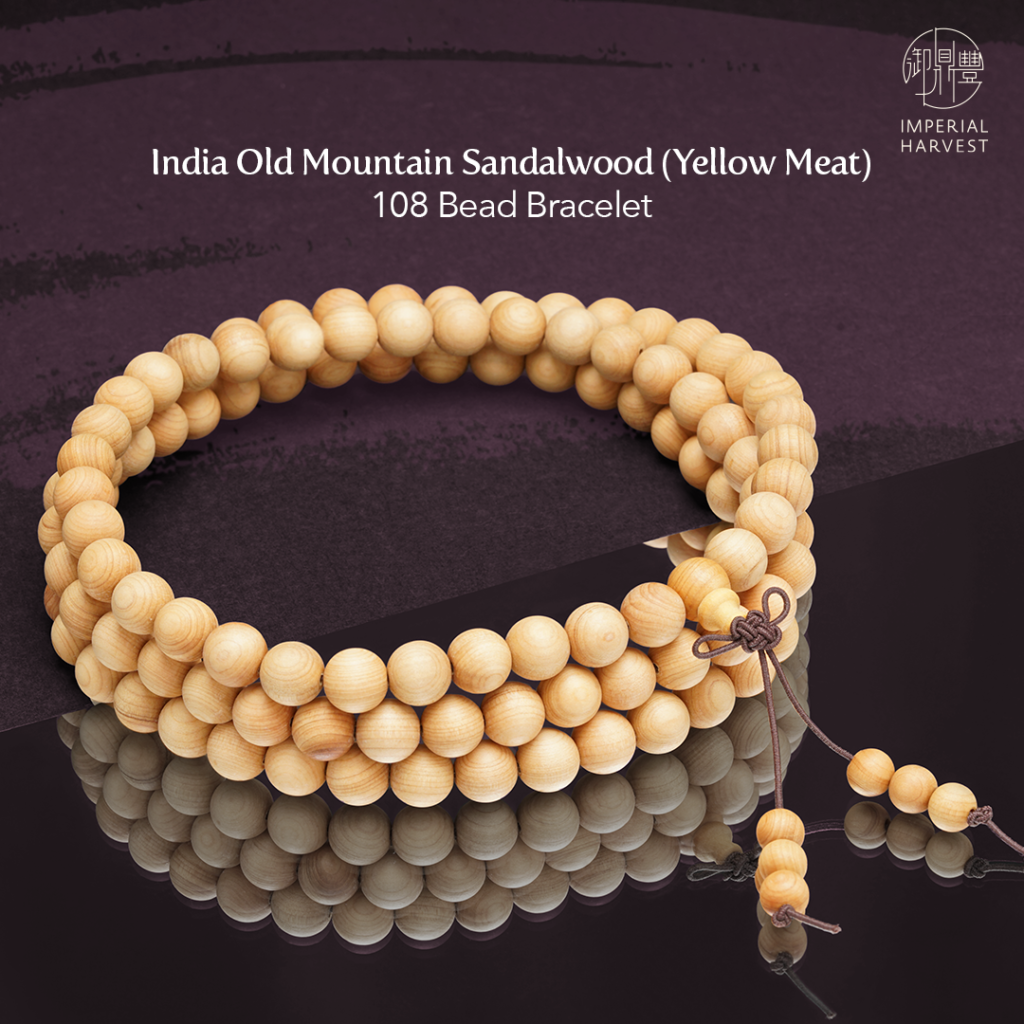 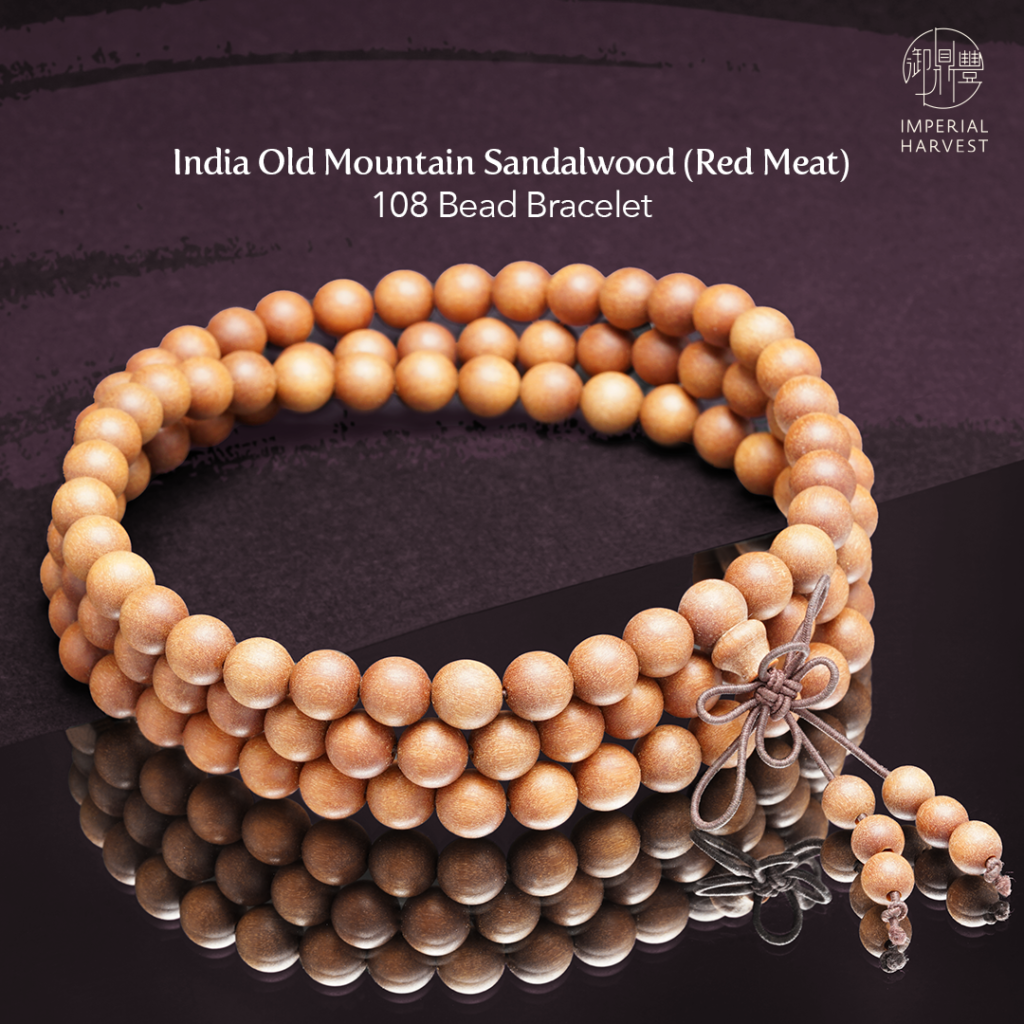 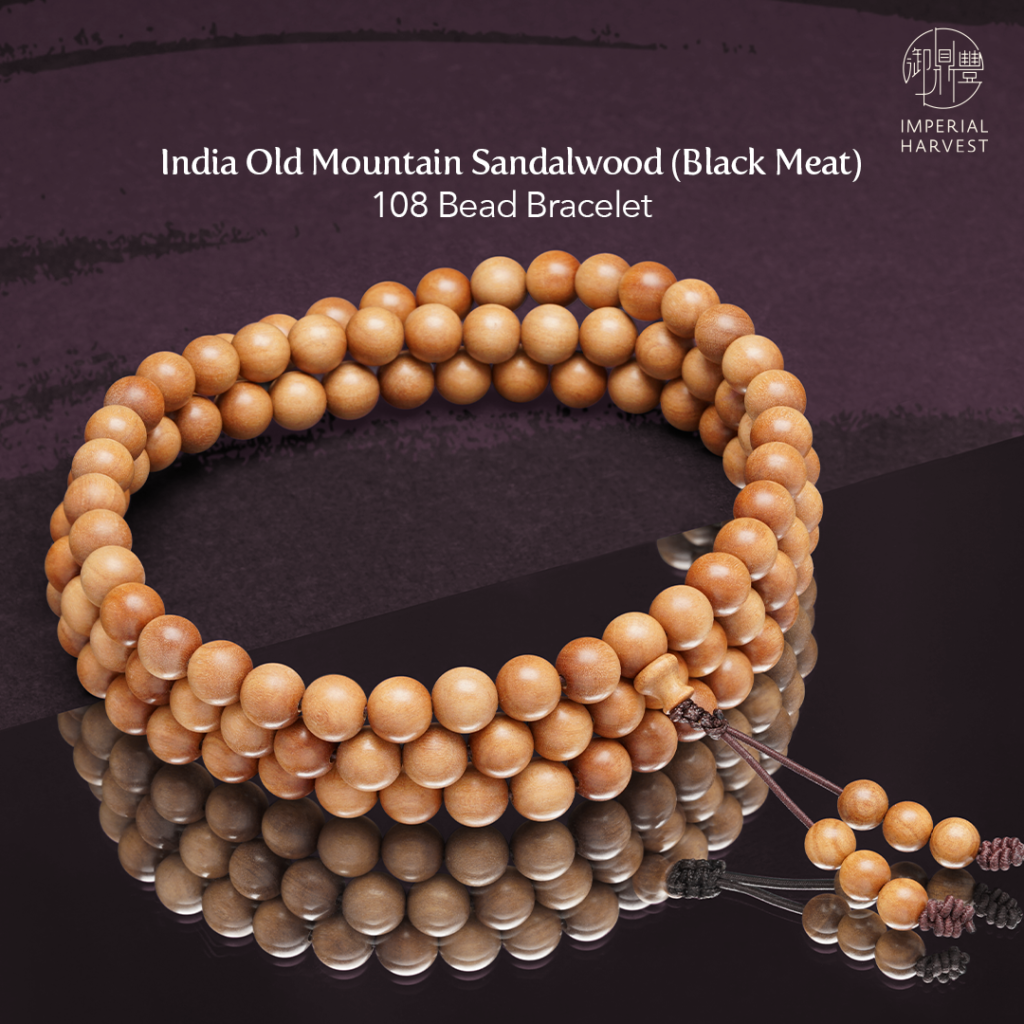 Blessed wearers of Imperial Harvest’s 108-bead sandalwood bracelet are empowered to invoke galactic forces from all 108 directions to supercharge their indirect wealth capacity. 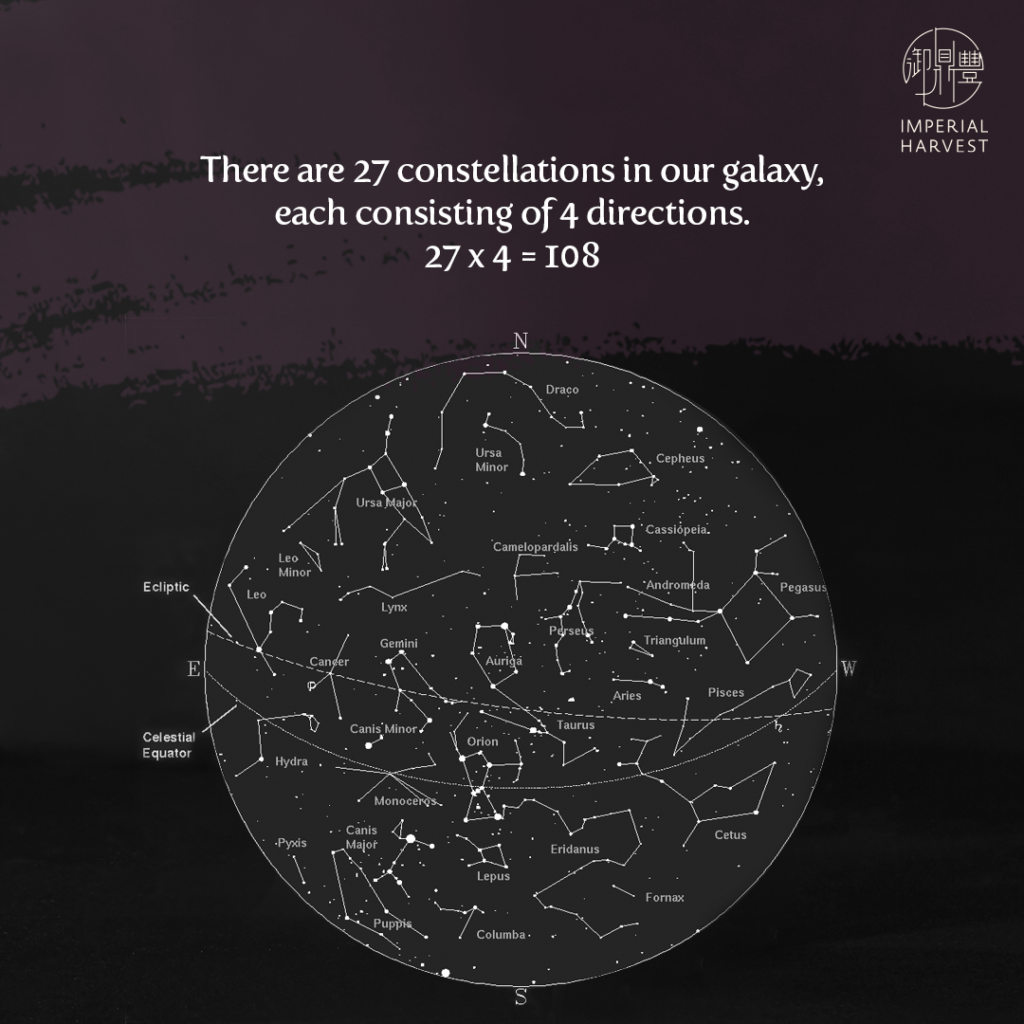 108 and the astronomical distance between the Sun, Moon and Earth 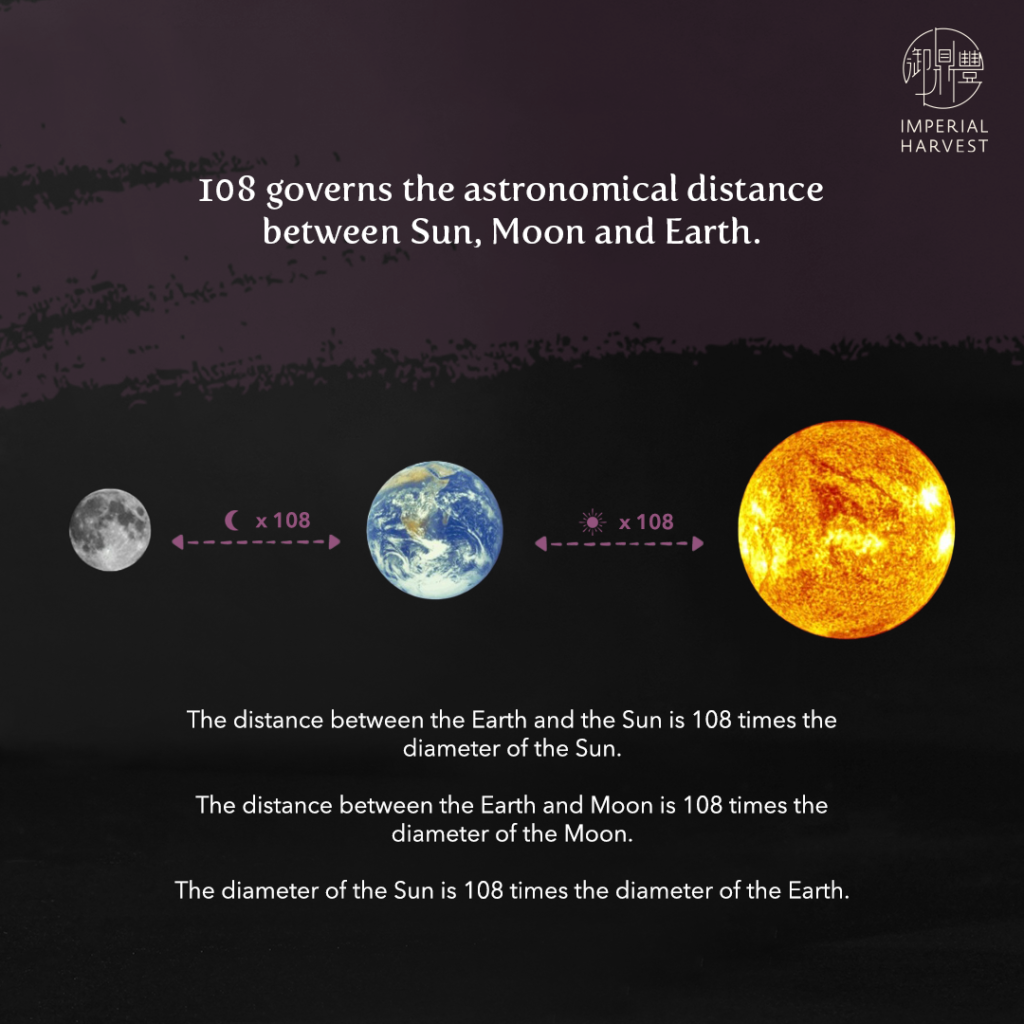 Imperial Harvest’s 108-bead sandalwood bracelet is crafted in perfect symmetry with these celestial distances. It represents the ideal wealth expander for ambitious individuals to summon indirect wealth streams from all directions, trades, and industries.

108 governs the energy of Chakra 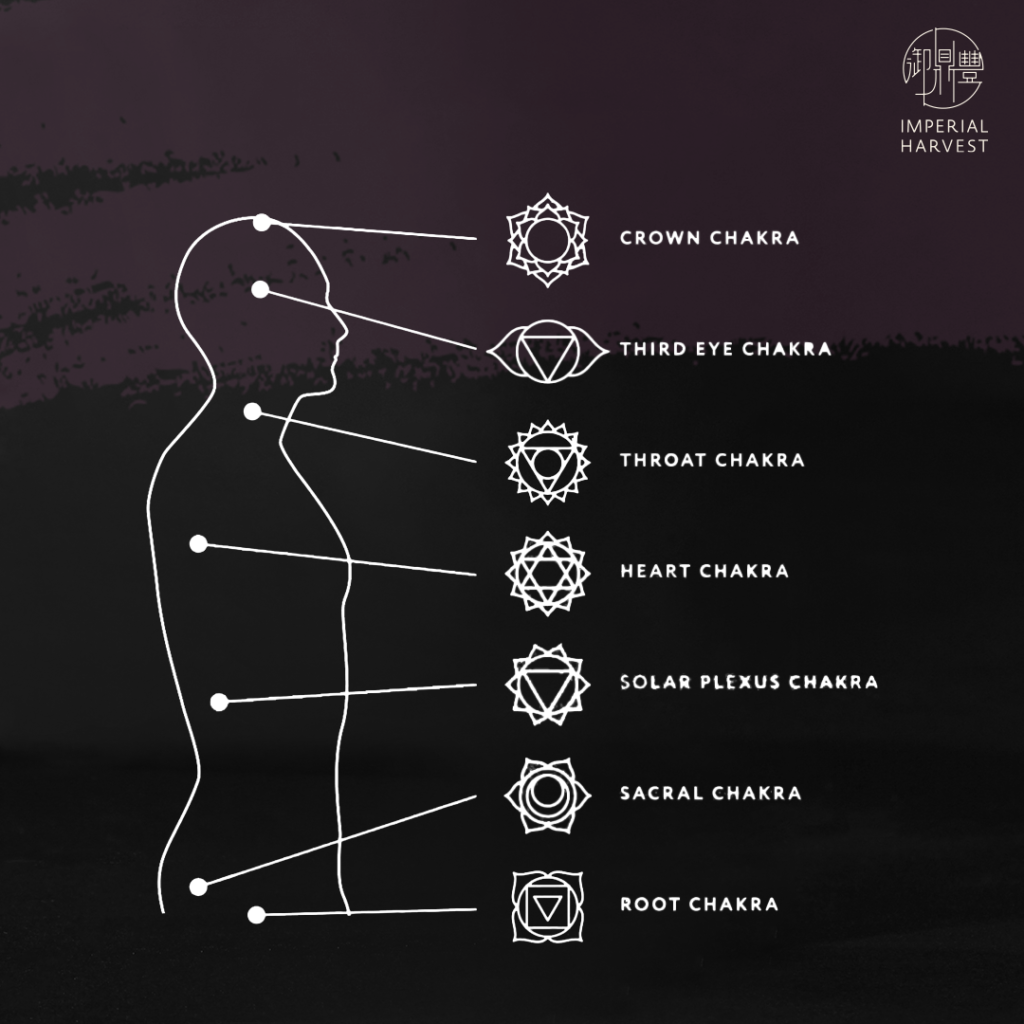 The Chakras consist of the convergence of 108 energy lines. Imperial Harvest’s 108-bead sandalwood bracelet unlocks the profound energies of the Chakras. It empowers blessed wearers to unleash and maximise their indirect wealth capacities.

Imperial Harvest’s sandalwood pendants are powerful creators of indirect wealth capacity. The superlative quality of our raw sandalwood makes it a fitting canvas for our auspicious motifs, which our highly-skilled craftsmen with decades of expertise painstakingly etch. Over the course of up to a year, the sandalwood’s exquisite properties are unleashed in intricate manifestations of powerful wealth-expanding deities and creatures. 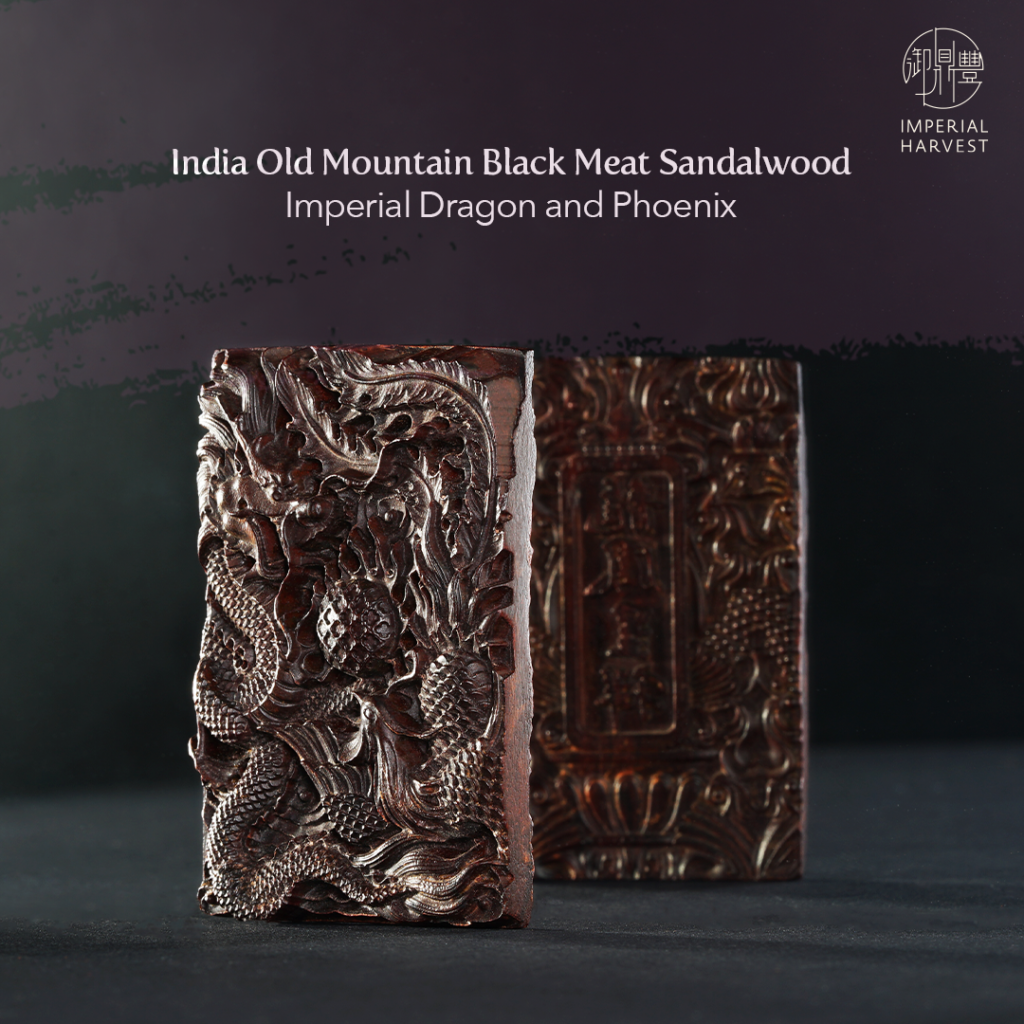 In Imperial Feng Shui, the dragon symbolizes yin while the phoenix represents yang. In unison, they form a formidable complementary pair. 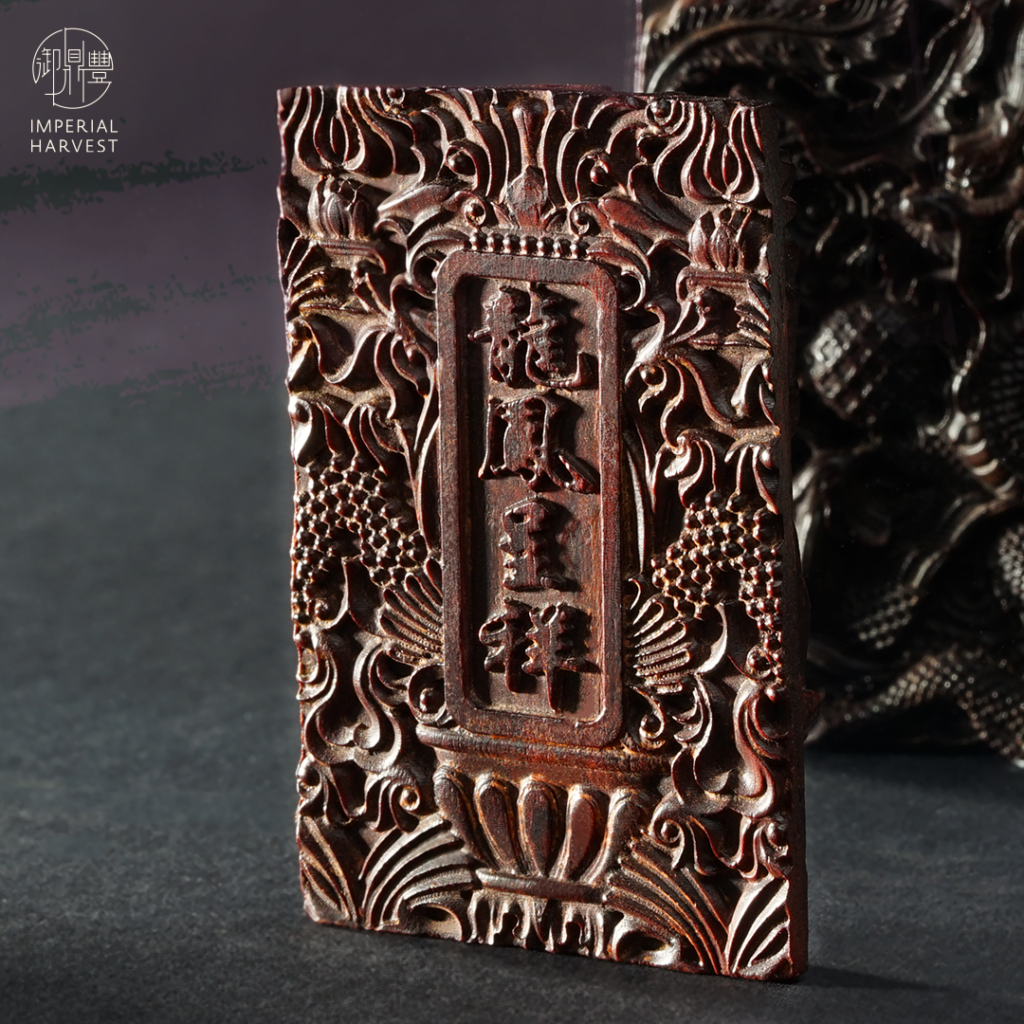 In ancient China, emperors were revered as dragons. Their unrivalled powers were perfectly augmented by the empresses, who embodied phoenixes. The harmonious cooperation between emperor and empress garnered immense wealth, success and growth that persisted across generations. 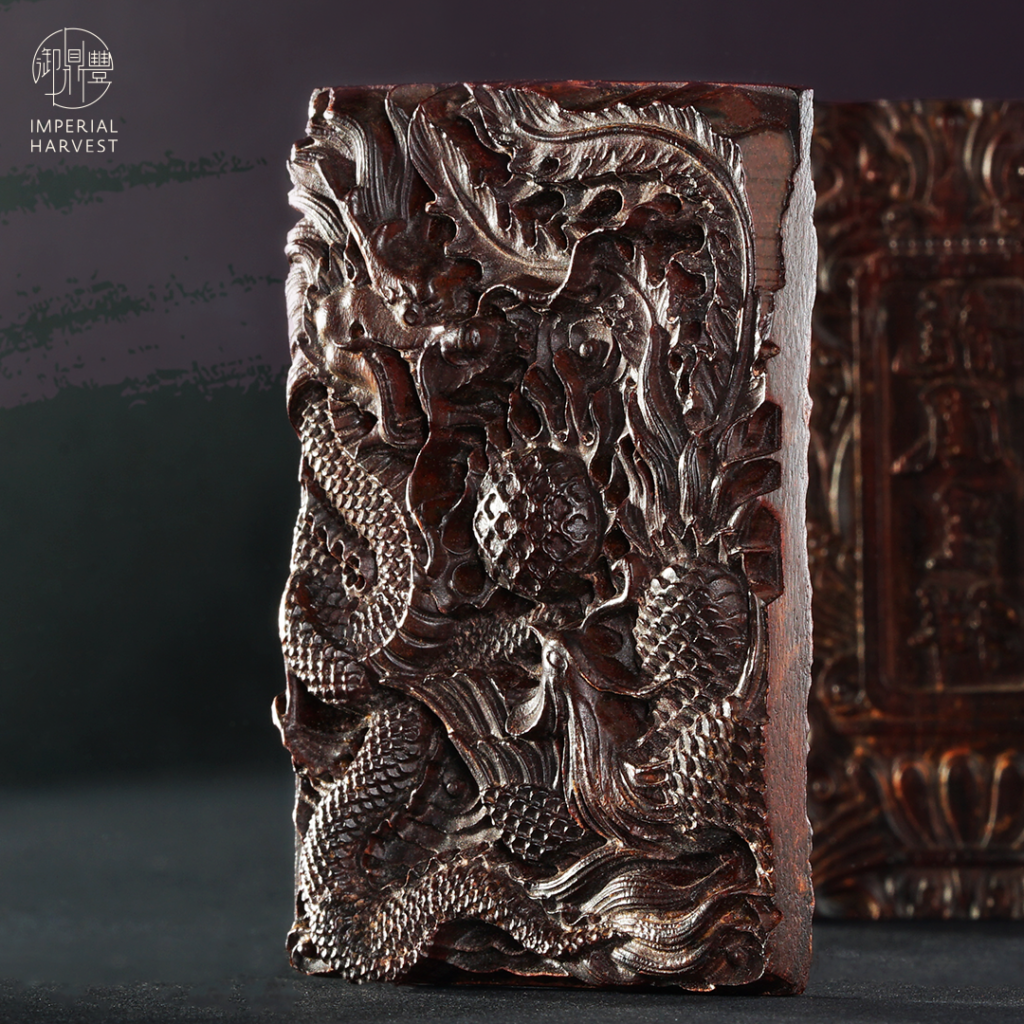 The pineapple is a symbol of prosperity and good fortune in Chinese culture, underscoring the grandeur of the dragon and phoenix, crowning the peerless eminence and authority of the emperor and empress. 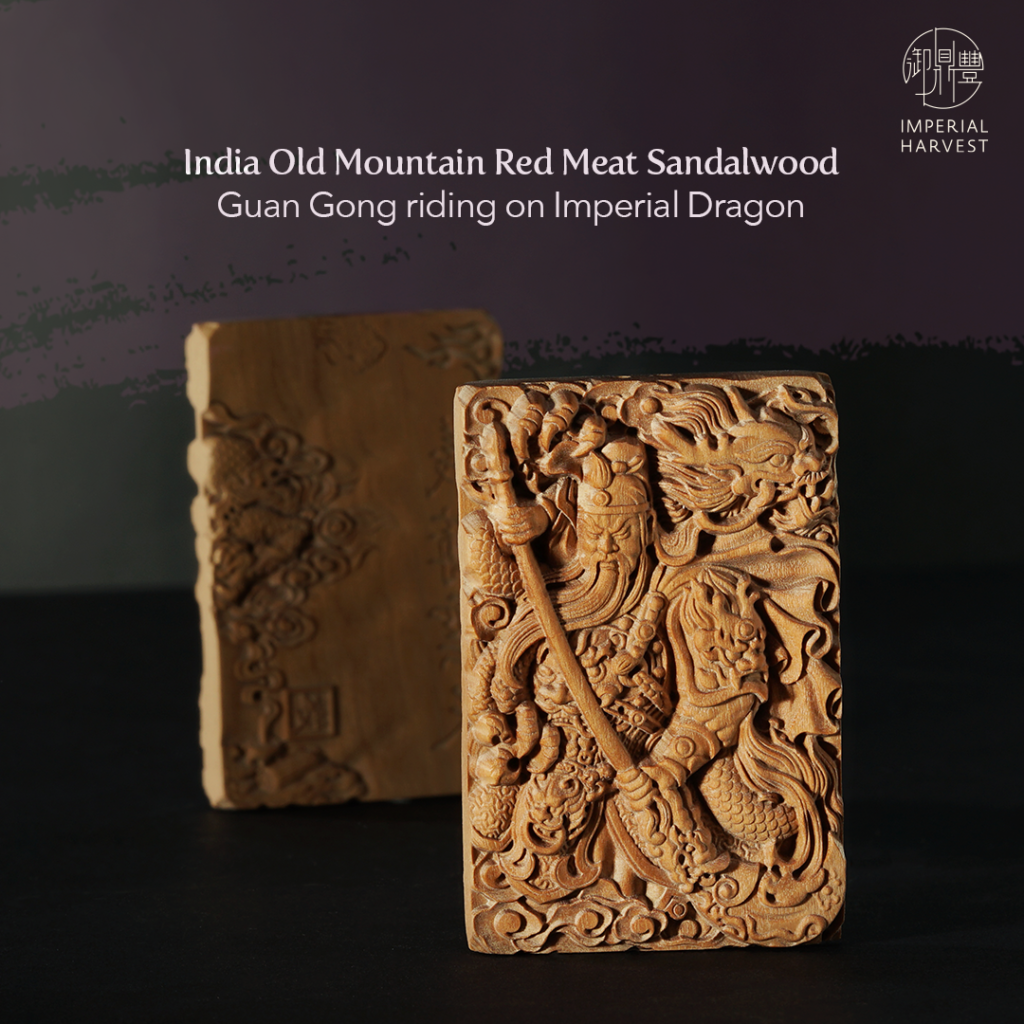 Guan Gong was a Han dynasty general famed for his fearlessness and military prowess. From the battlefield to the boardroom, his undying commitment, indomitable spirit, and preemptive foresight remain highly pertinent to modern corporate pursuits. 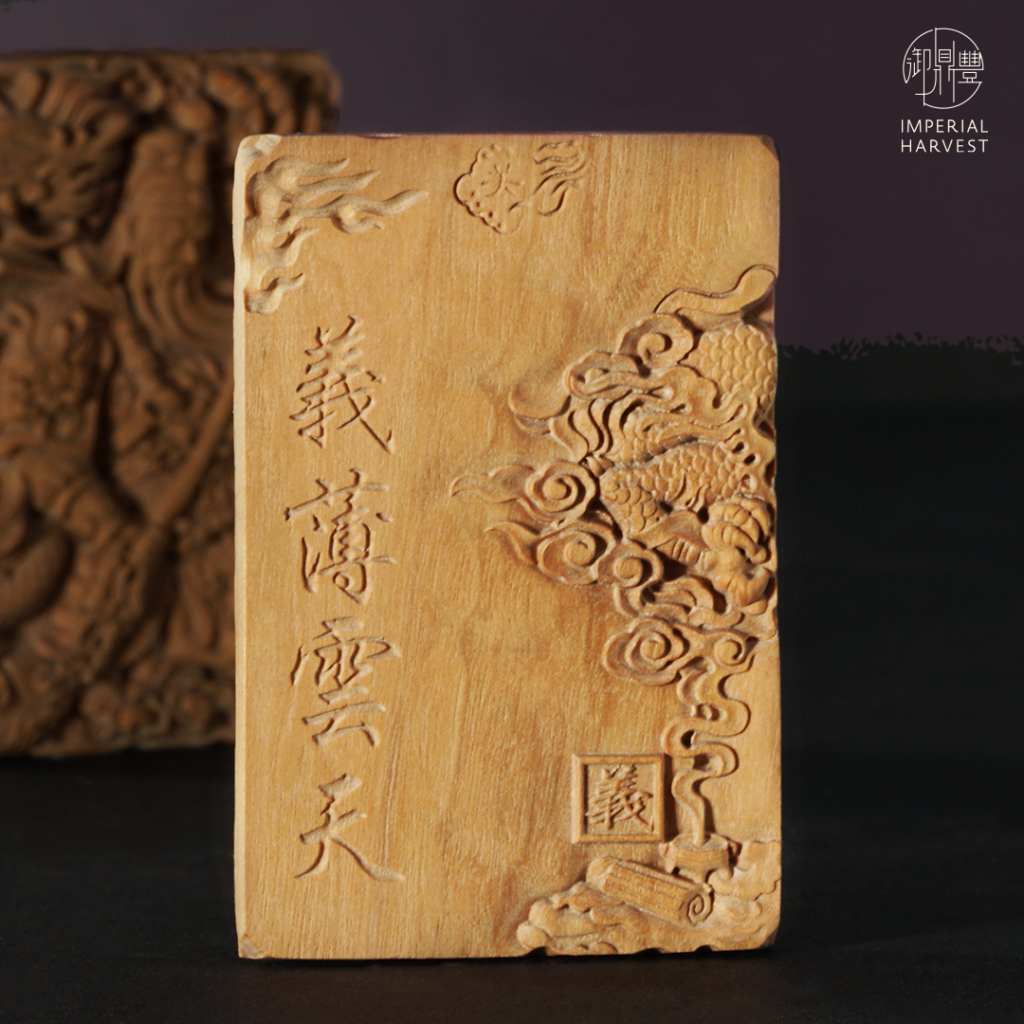 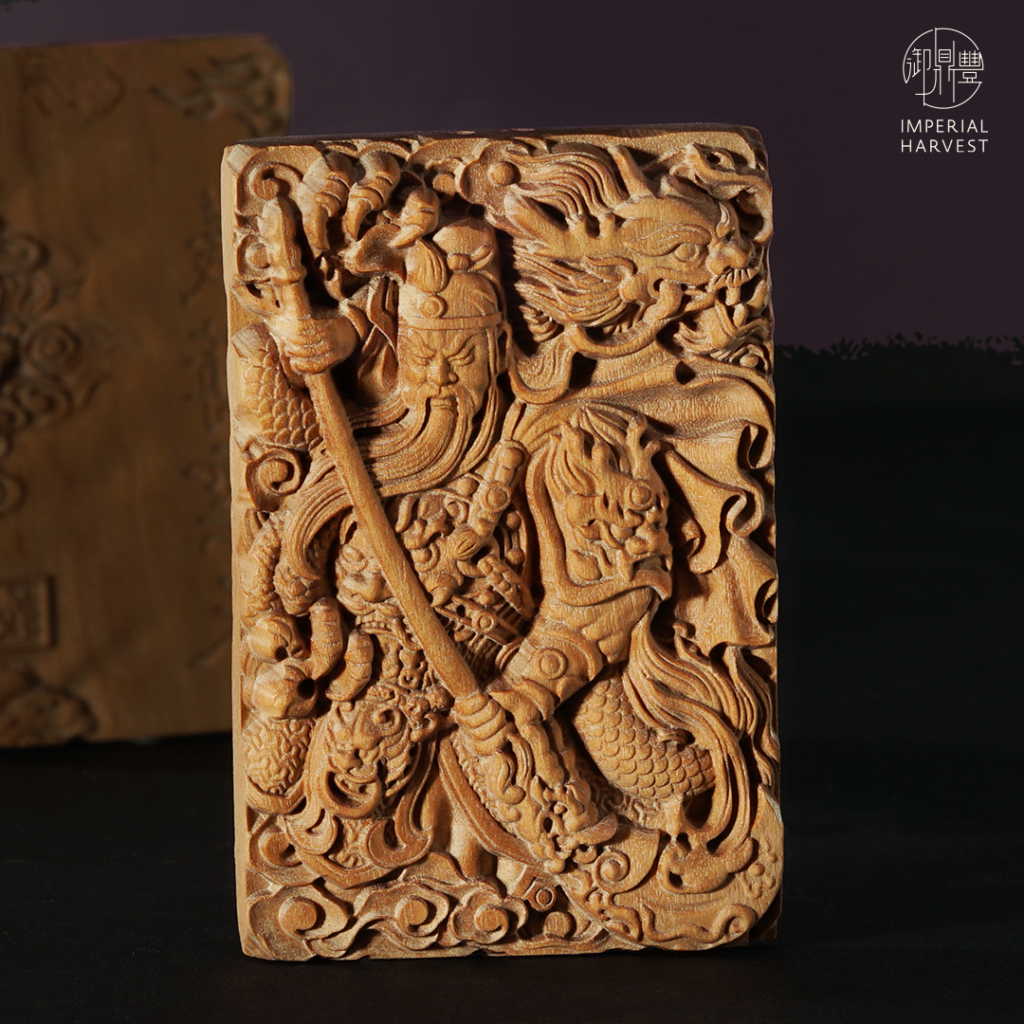 Guan Gong’s laudable attributes are augmented by the Imperial Dragon. It is widely regarded as the foremost manifestation of wealth and power. For entrepreneurs, the Guan Gong riding on Imperial Dragon yields an abundance of benefactor support, business acumen and authority, inspiring exponential growth. 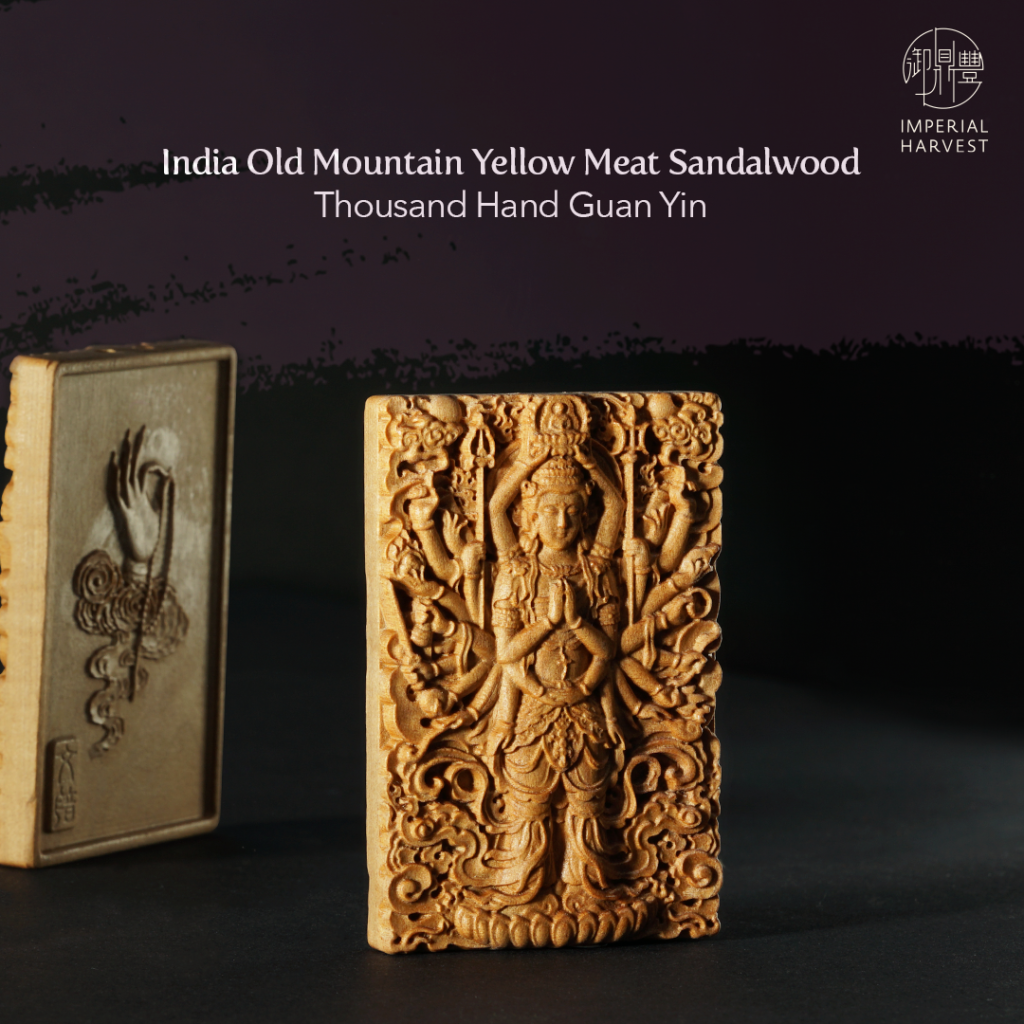 The Thousand Hand Guan Yin is one of the most formidable manifestations of Guan Yin. She is endowed with twelve heads and numerous arms. This empowers her with immense wisdom and capacity to support devotees in their personal and professional pursuits. 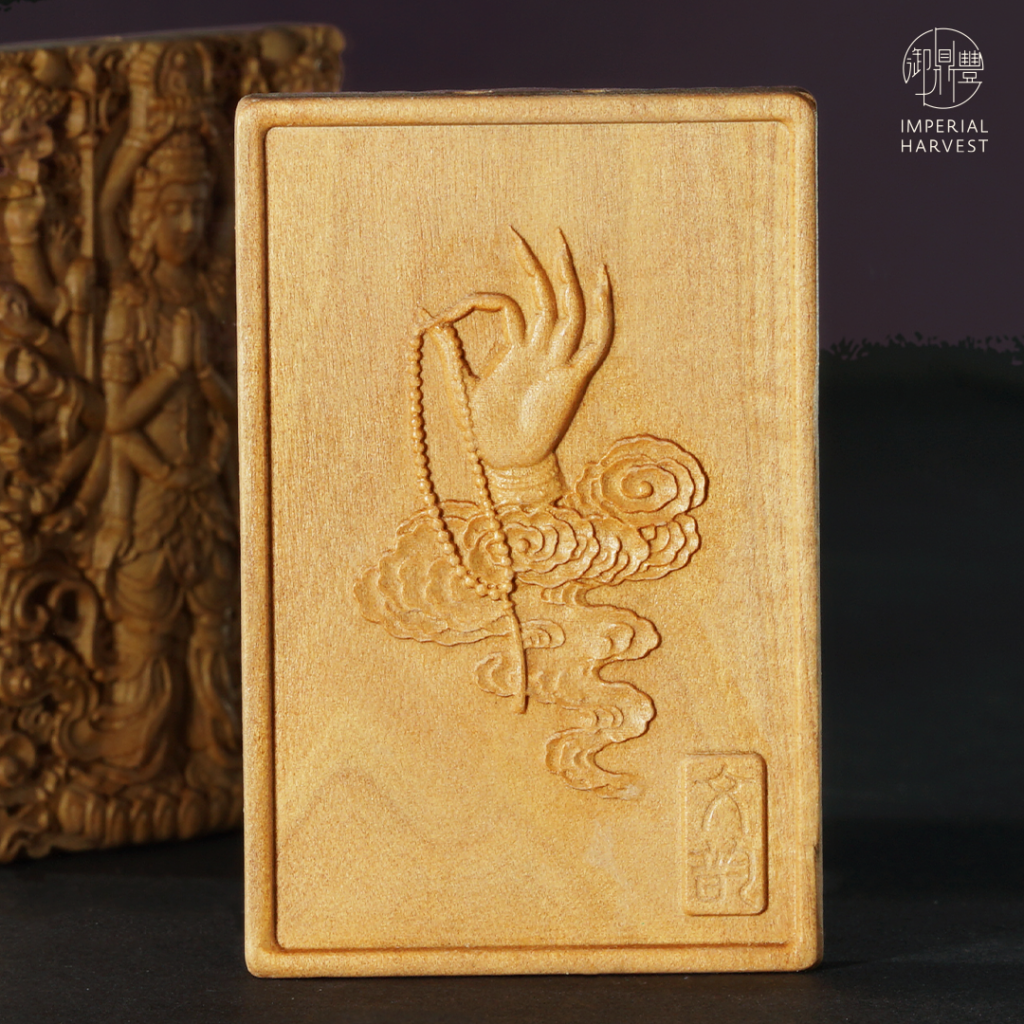 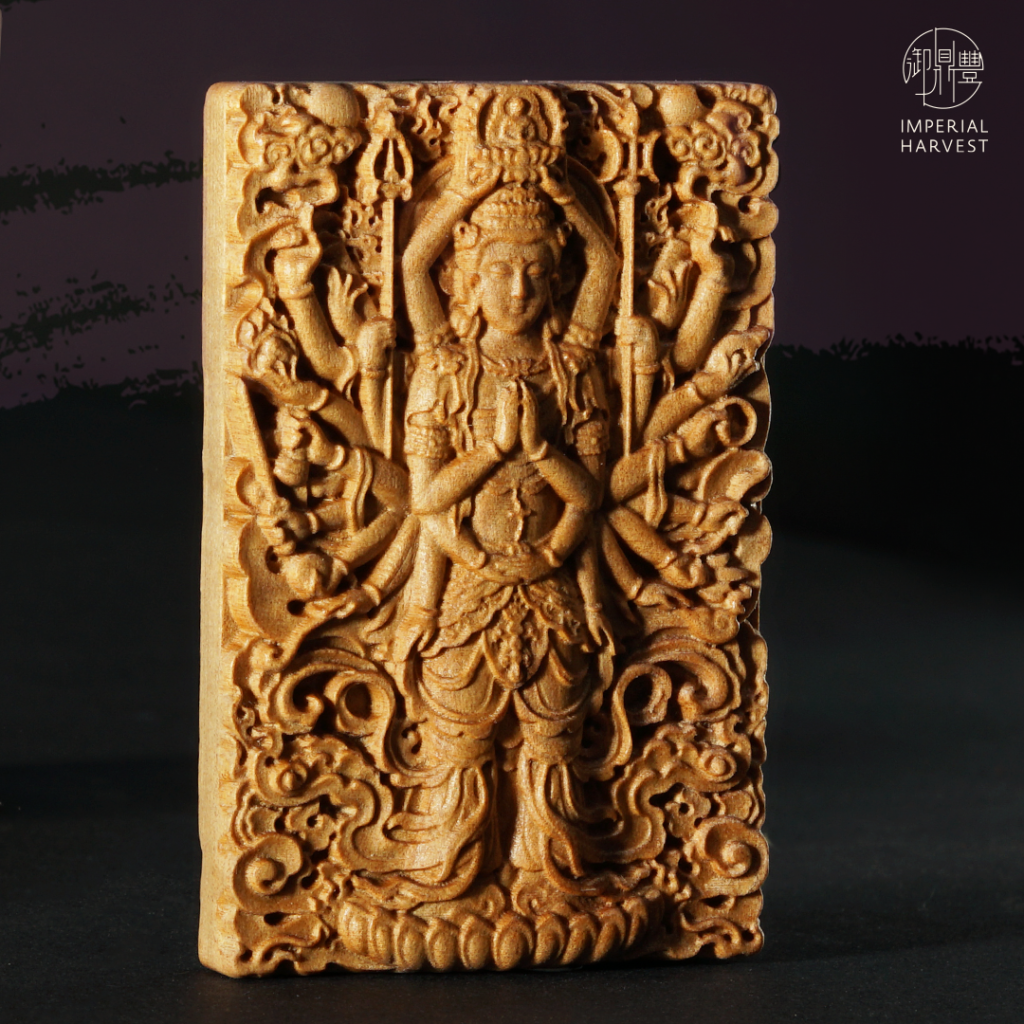 The extensive reach of the Thousand Hand Guan Yin makes her a powerful source of strength and transformation. This accentuates her utmost devotion to the noble mission of blessing devotees with financial freedom and success.