How To Combat Missing Sectors with Imperial Feng Shui

Based on the principles of Imperial Feng Shui, the ideal shape of a piece of land is square or rectangle. The term “Four Point of Gold” (四点金) was coined to describe the ideal piece of land with regular shape.

This is evidently so in ancient China, where palaces and homes are built to adhere to a square layout. The Chinese also believed that the ‘wholeness’ of a house promotes the flow of Qi within, enhancing the wealth and luck of its occupants.

However, in modern times and especially in Singapore, space constraints have led to the creation of many different homes that are laid out differently.

This modernised layout often results in missing sectors; which refers to houses with missing corners.

It is deemed as ‘incomplete’ and has inauspicious Feng Shui, which could be detrimental to the occupants in these homes.

In this article, Master David will explain the implications of missing sectors and how you can combat the detrimental effects with Imperial Feng Shui solutions.

The implications and effects of having missing sectors in your house can be understood from the Imperial Feng Shui principle called Early Heaven Ba Gua and Late Heaven Ba Gua. 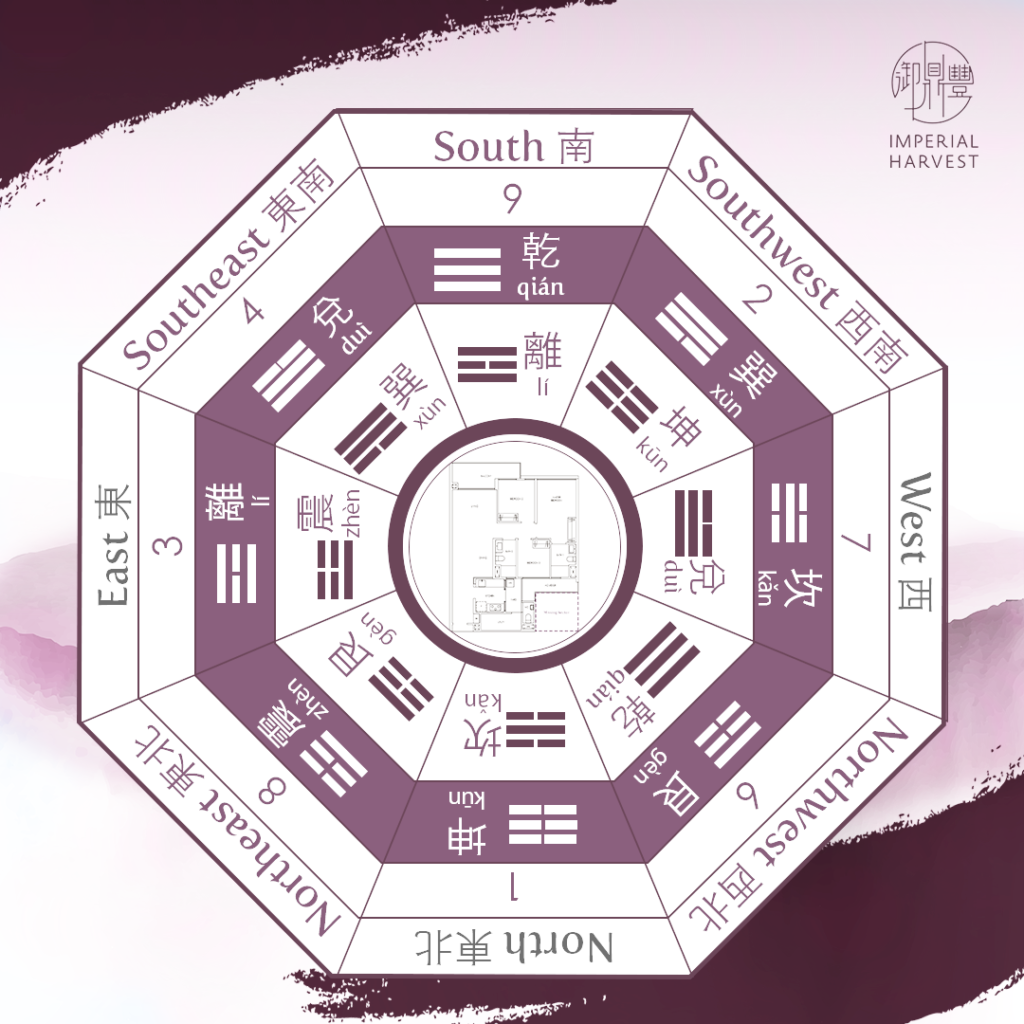 Ba Gua and its representation of family members 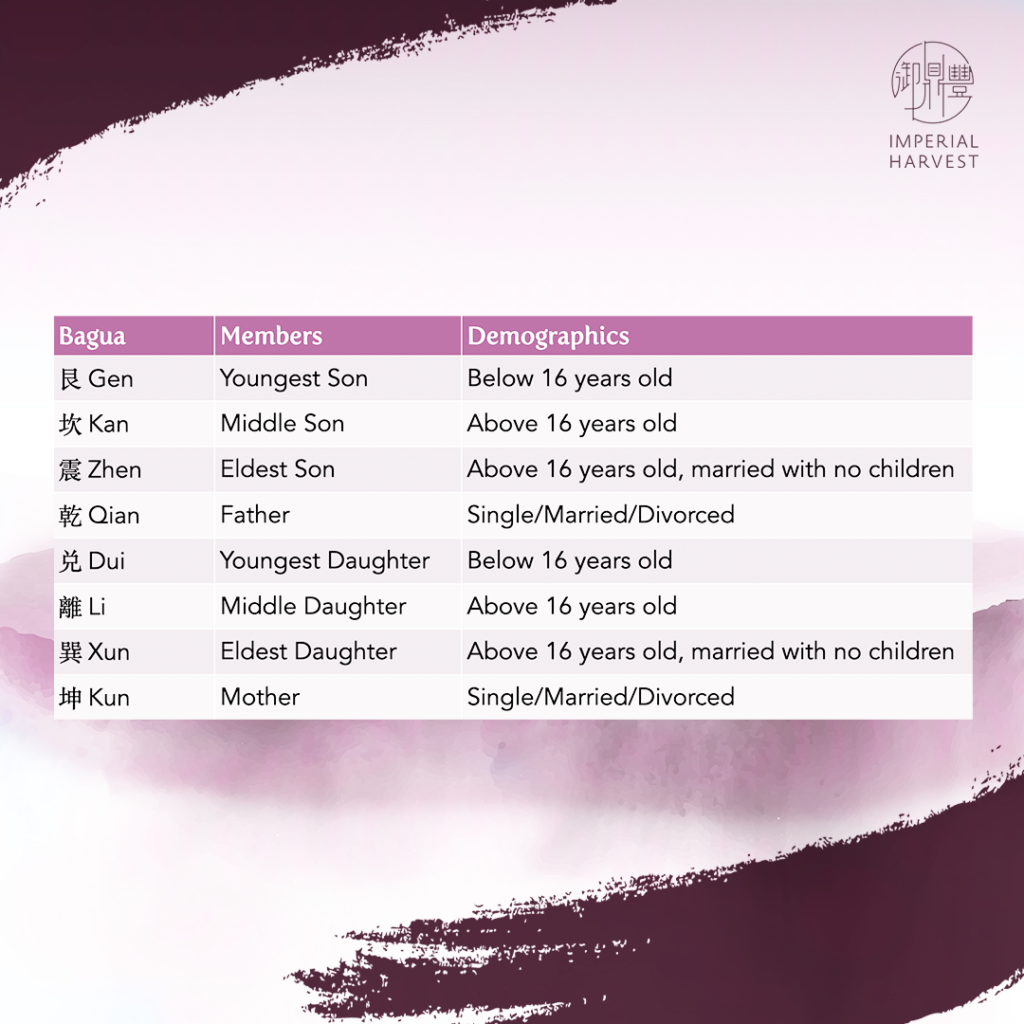 The table below summarises the implication of the missing sector from early heaven and later heaven perspective. The implications will affect individuals based on certain aspects such as age, sex, number of children, professions, work industries as well as their Gua number – which can be determined by a professional Feng Shui consultant. 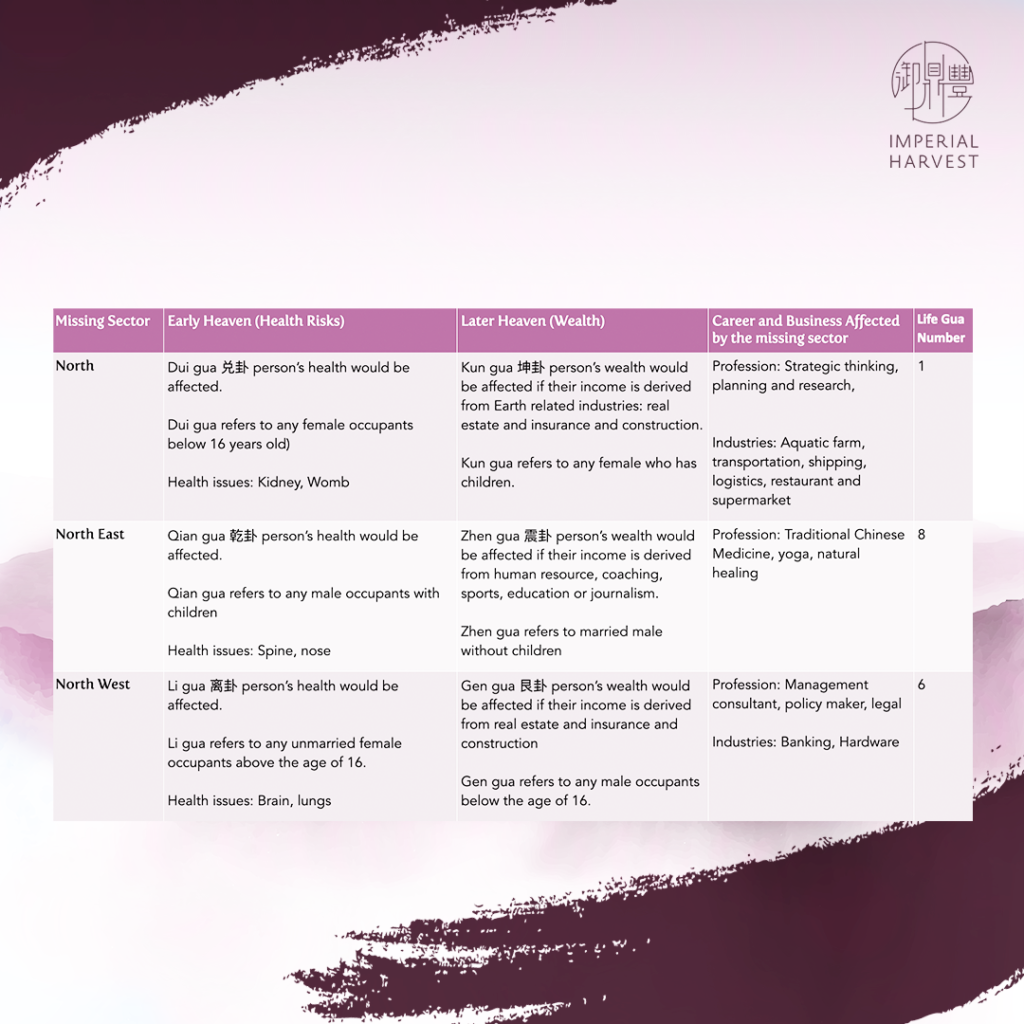 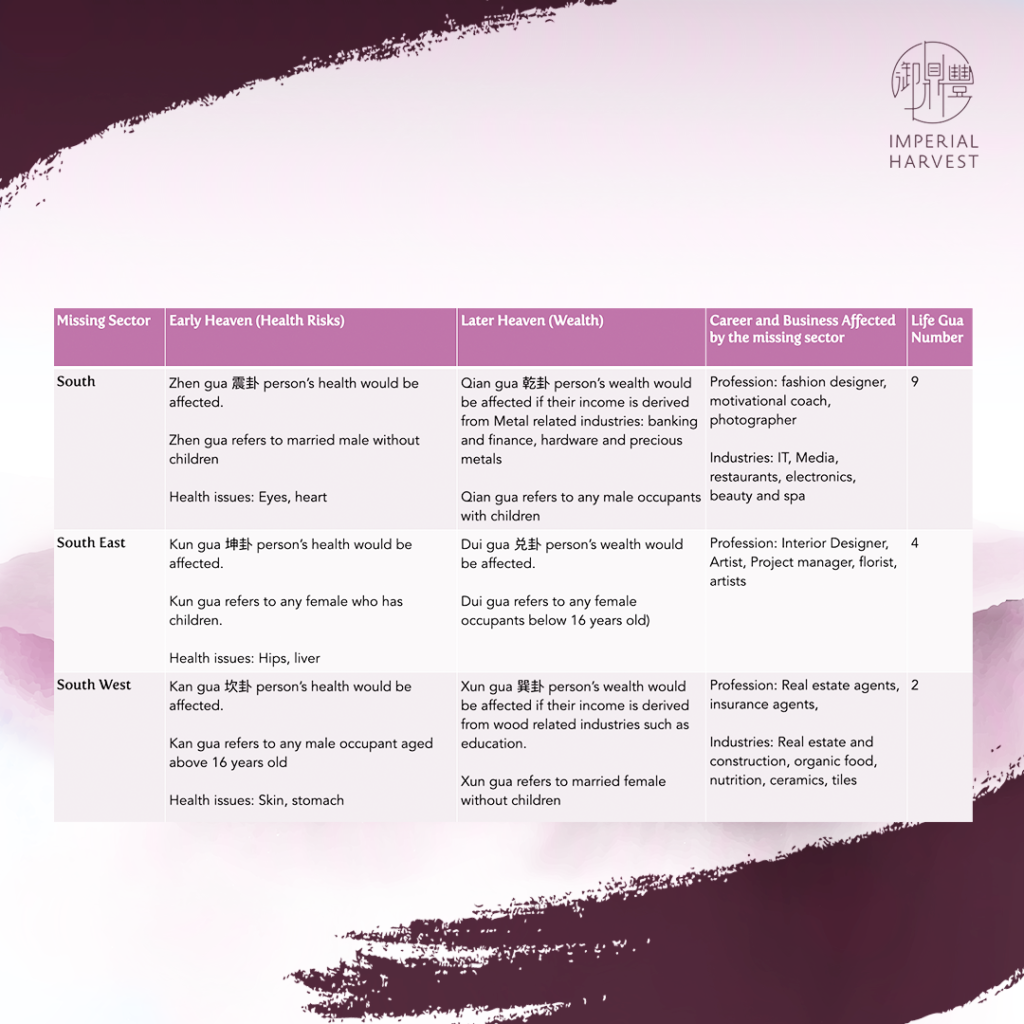 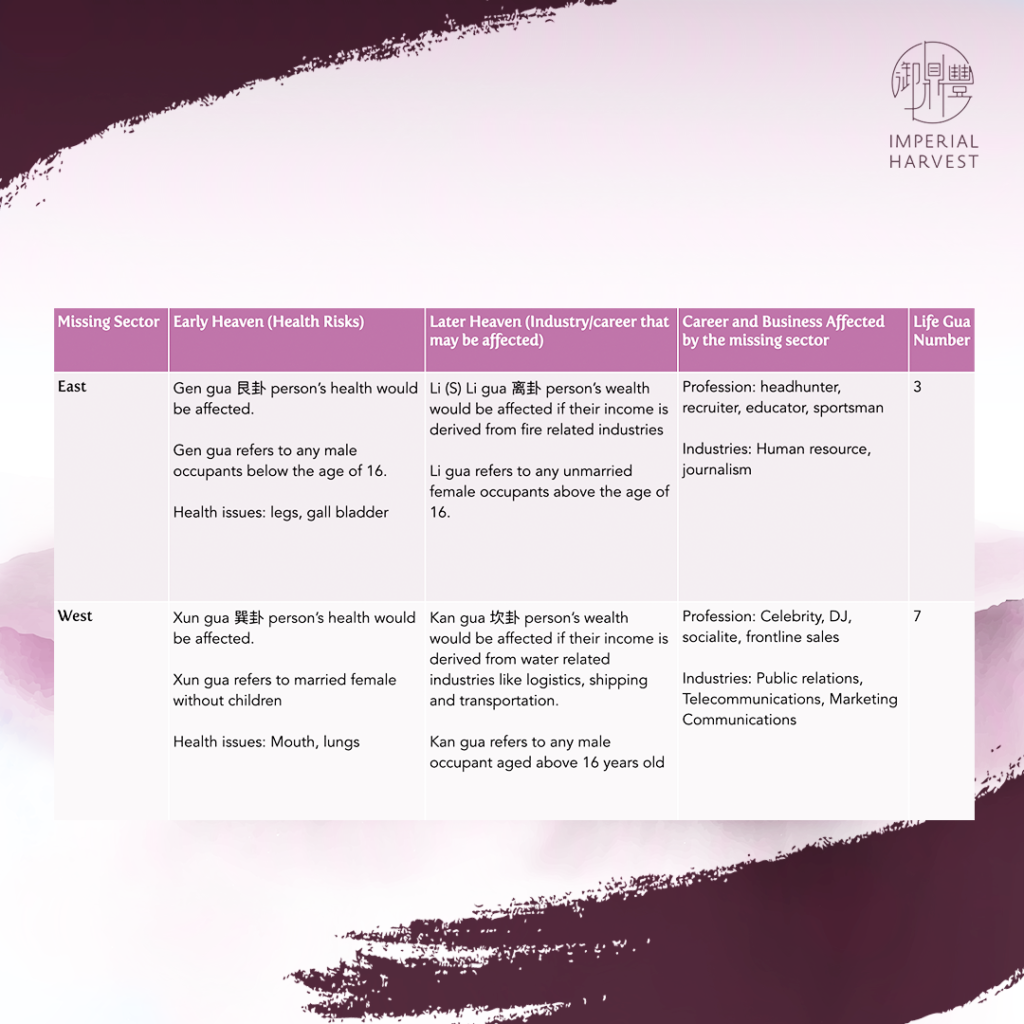 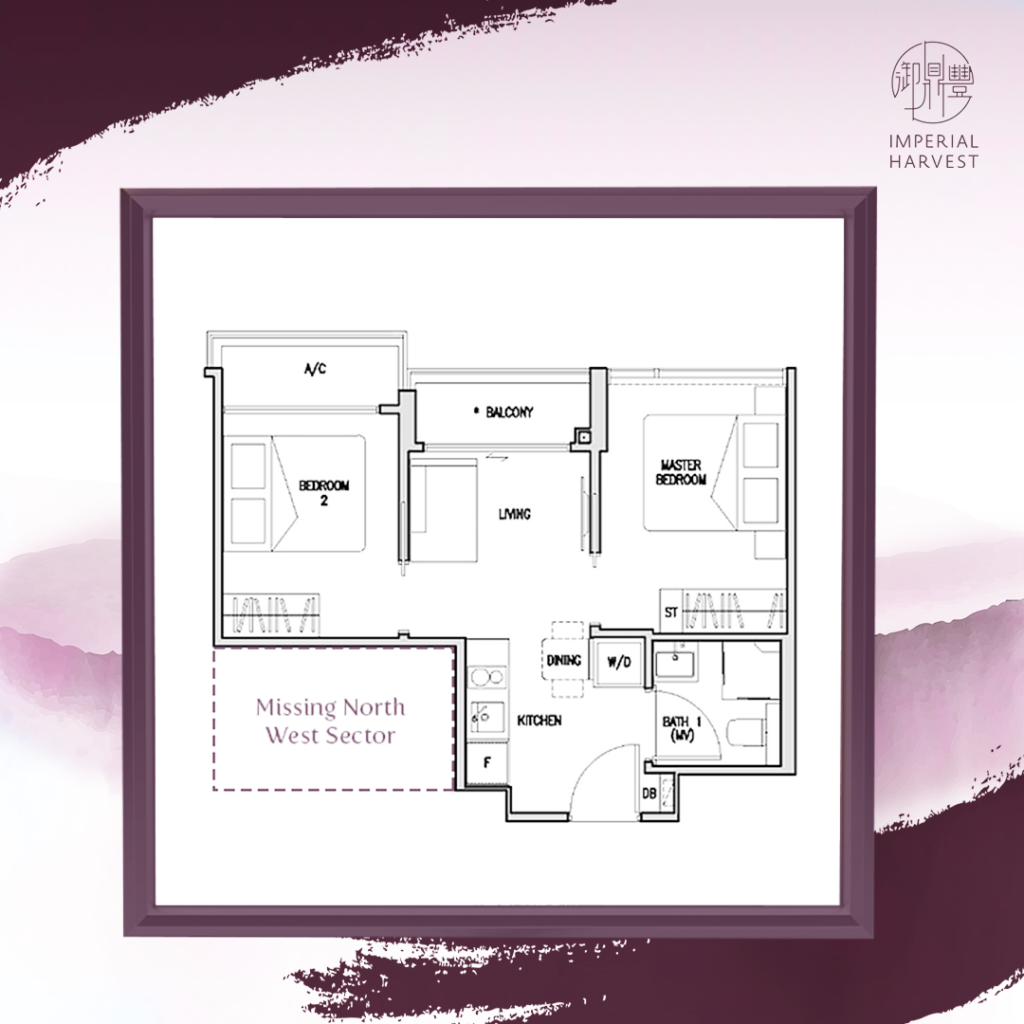 Based on the Early Ba Gua principle, this house is deemed to be missing the North West sector, as such specified occupants may be prone to suffering the following issues related to the missing sector –

Based on the Early Heaven Ba Gua analysis

Based on the Later Heaven Ba Gua analysis

The missing sectors could seem especially daunting with the health and career issues they bring to specific occupants of the family.

Solving the problem of missing sectors is as simple as ensuring that there is a balance of energy flow within the compound. This can be done with the application of Imperial Feng Shui.

The combination of the Imperial White Ink Stone and Qian Long Jadeite Mountain is especially effective in this case. Placing these two powerful Imperial Feng Shui treasures in the wealth sector in your home can suppress the missing sectors and eliminate negative effects they bring. 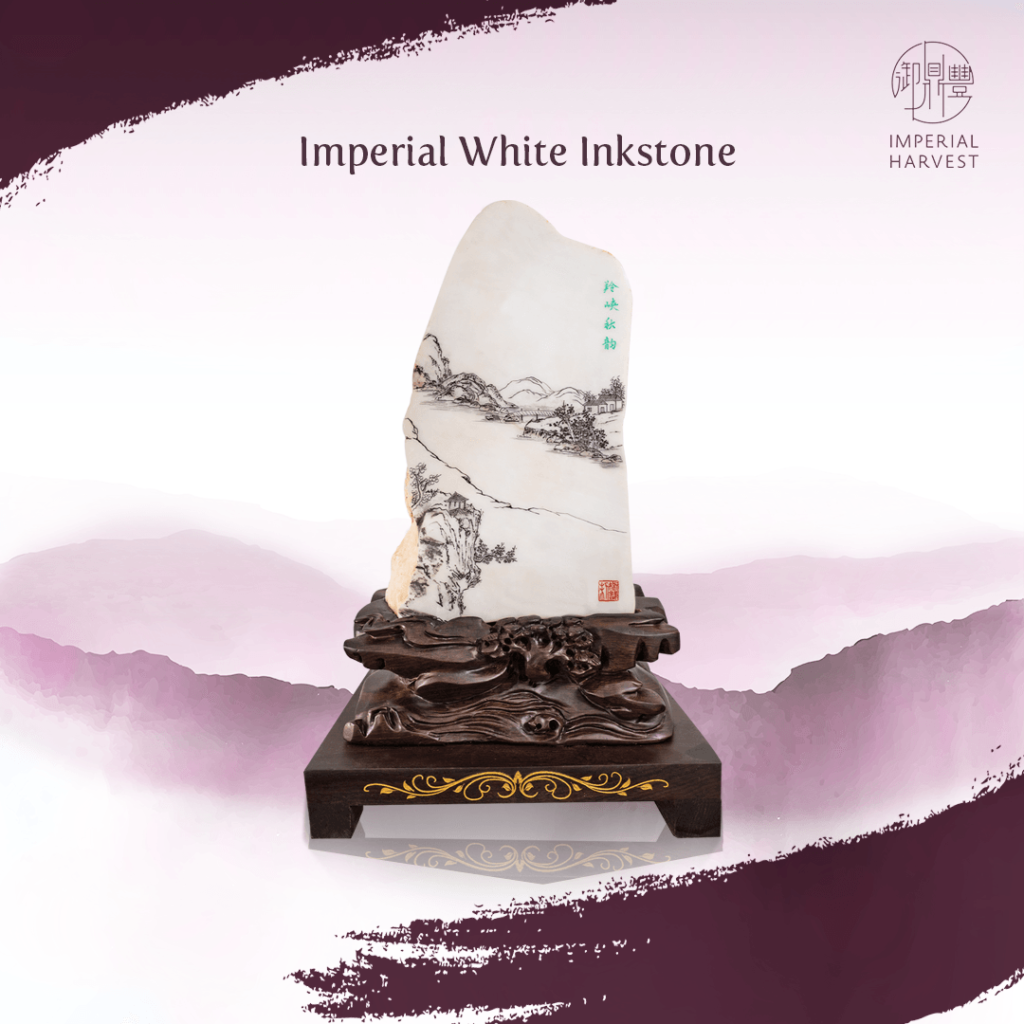 These fine treasures were a fine representation of Emperor Qian Long’s cultivated disposition and unwavering passion for Imperial Feng Shui.

As one of the fundamentals of Imperial Feng Shui, the Imperial White Ink Stone has the powerful ability of “一白遮三丑, 一旺挡三煞”, meaning that it possesses the ability to promote the auspicious energy of one sector while countering three inauspicious sectors. 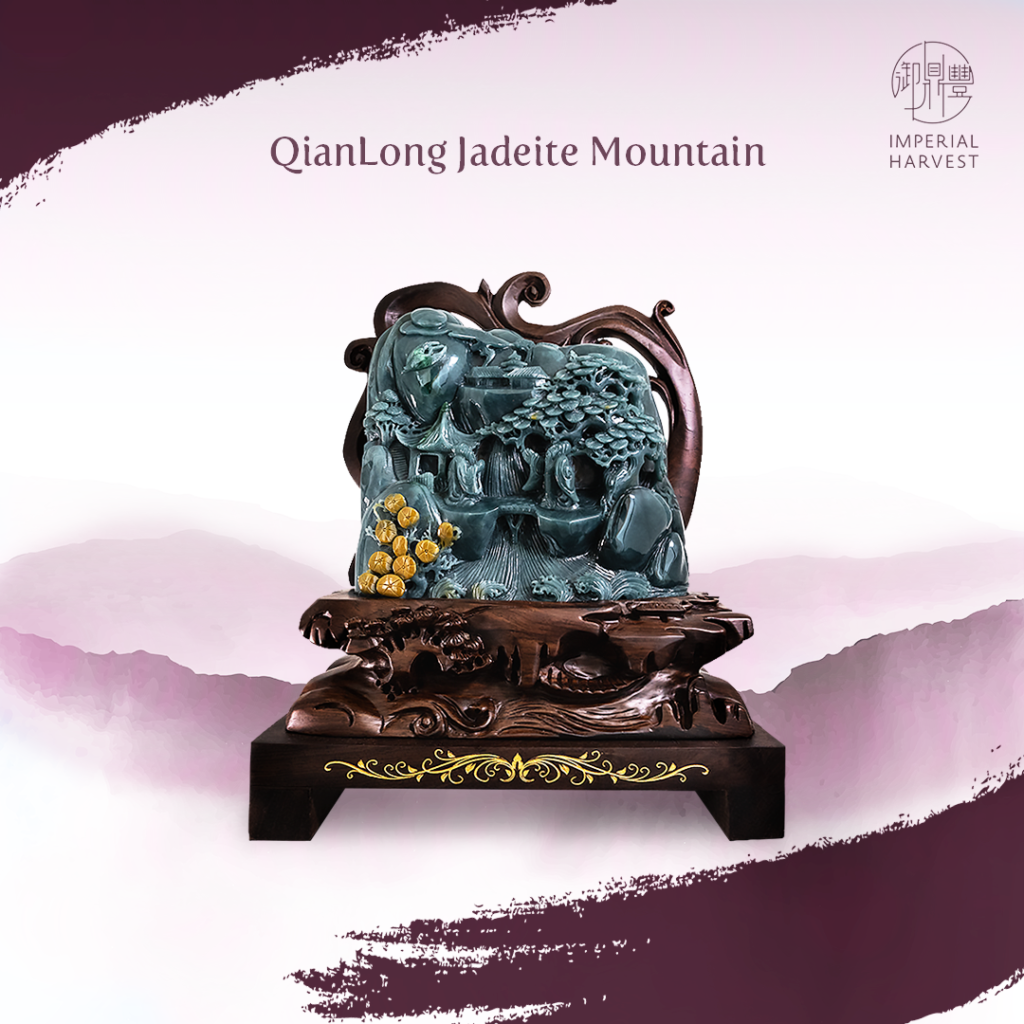 Emperor Qian Long demonstrated a keen interest in the art of Imperial Feng Shui through intense engagements in all manifestations of this interest.

From the 1760s to the 1790s, Qian Long decreed that the imperial artisans collaborated with the local craftsmen in the south to produce a group of majestic jade mountains based on ancient or contemporary paintings, to overcome the challenges of building the Imperial palace near an auspicious landform.