Posted by Imperial Harvest on 26 November 2021

For those born in the year of the Rooster (1957, 1969, 1981, 1993), Acalanatha (不动明王) is their designated zodiac guardian. Acalanatha’s name translates to “the immovable king of wisdom”, relating to his preeminent position in Buddhist culture. 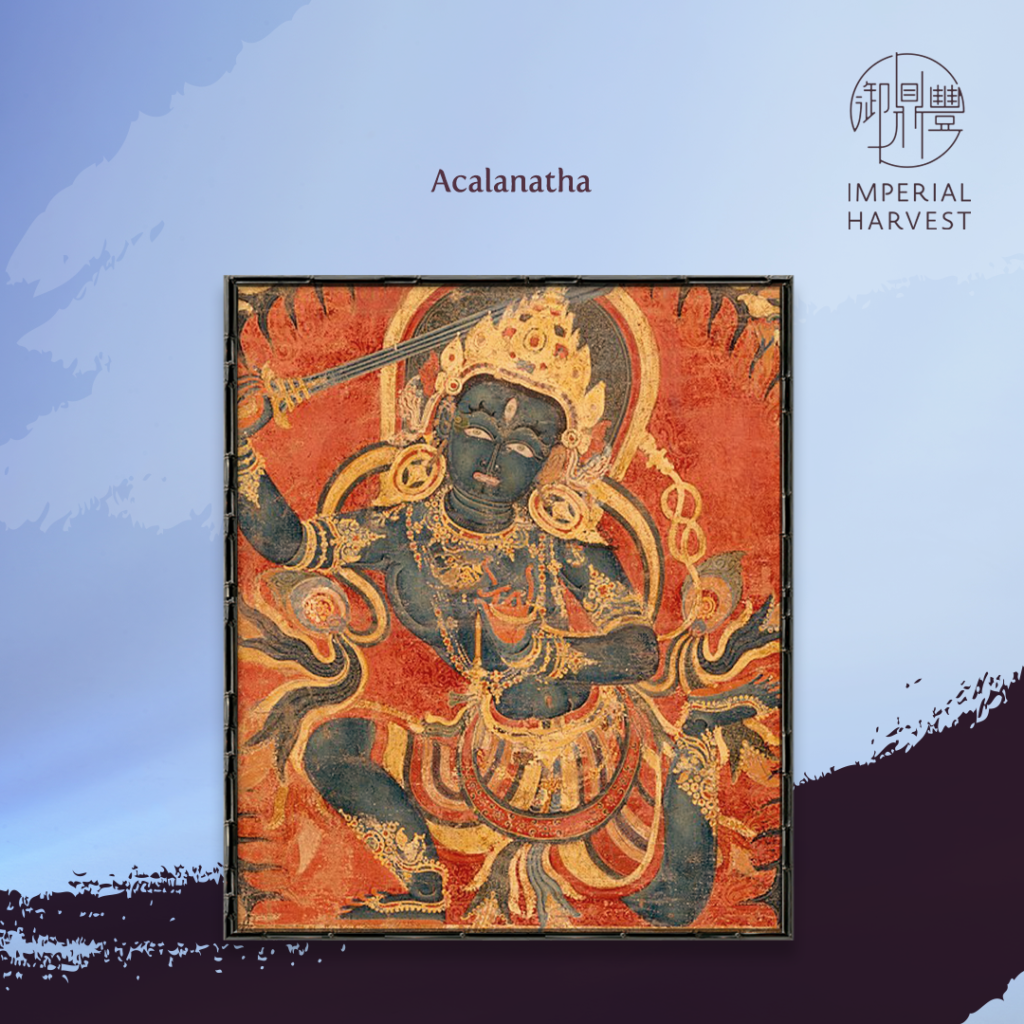 Worship surrounding Acalanatha has prevailed throughout the Middle Ages and into modern times — with sculptural and pictorial depictions of Acalanatha’s image being found in Nepal, Tibet, China and Japan. As the head of the Five Wisdom Kings, he is venerated with the removal of all obstacles, and the defeat of all hindrances to the practice of Buddhism. As one of the highest-ranked deities in the Buddhist pantheon, his ability to command the other Five Great Wisdom Kings positions him in a status of authority and dominance.

His name in Chinese, 不动明王, reflects the unshakable and boundless wisdom he possesses in addition to his ability to command and control wealth, authority and health in the world. Classical depictions of Acalanatha feature a highly energetic figure surrounded by heavenly flames formed through his meditation, representing the conversion of obstacles into opportunities, malefactors into benefactors and adversities into achievements. 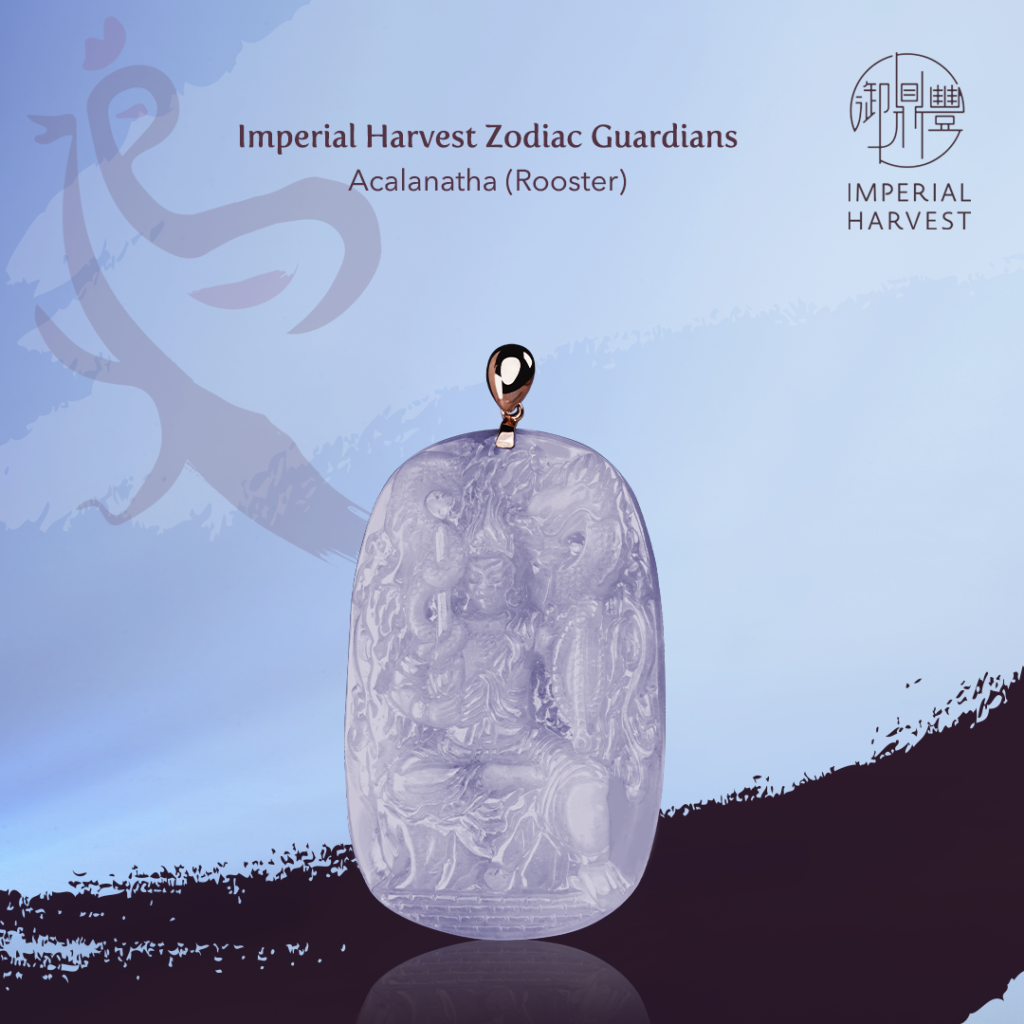 Keeping those born in the year of the Rooster in mind, Master David immersed himself in extensive research. Drawing inspiration from the unshakeable wisdom of Acalanatha, Master David created an intricate representation of this revered zodiac guardian.

The Sword of Wisdom 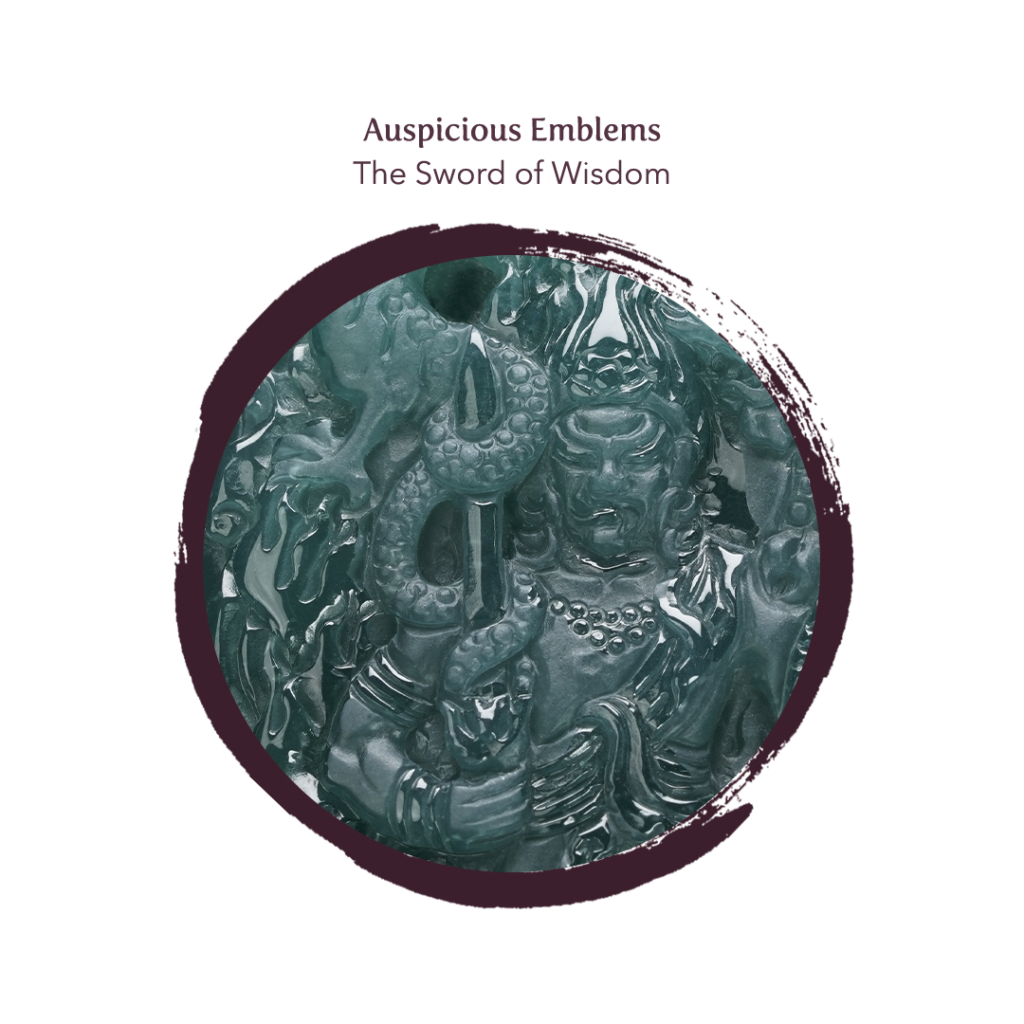 The sword of wisdom wielded by Acalanatha combats three hindrances in one’s pursuit of success: greed, anger and ignorance. The sword in Acalanatha’s right hand represents his encompassing wisdom cutting through the fog of ignorance, thereby empowering his devotees with the foresight, intelligence and strategic guidance necessary in order to achieve breakthroughs and successes in their undertakings. 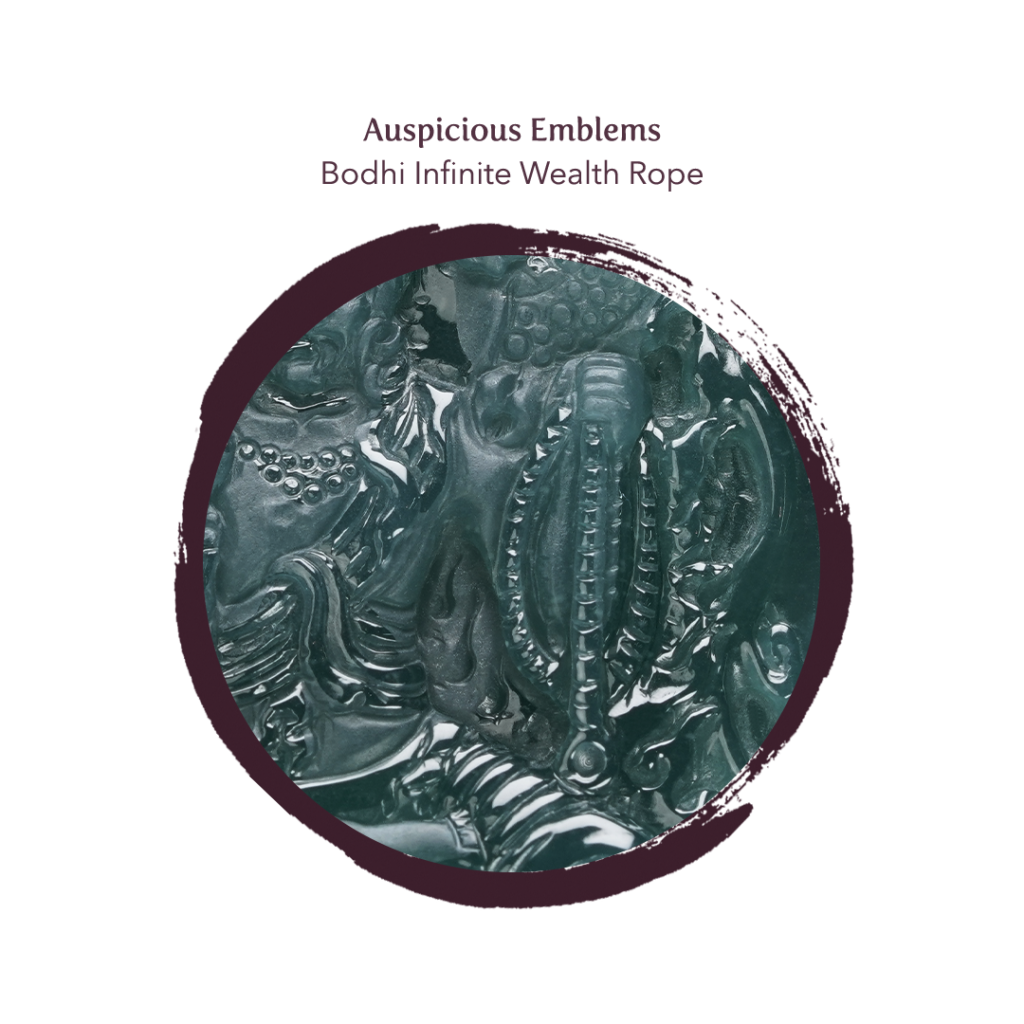 Acalanatha wields the Bodhi Infinite Wealth Rope in his left hand, destroying obstacles in the way of his designated devotees’ financial success. This powerful, auspicious symbol aids them in securing lucrative business and investment opportunities, as well as garnering powerful supporting benefactors to overcome any challenges and adversities. 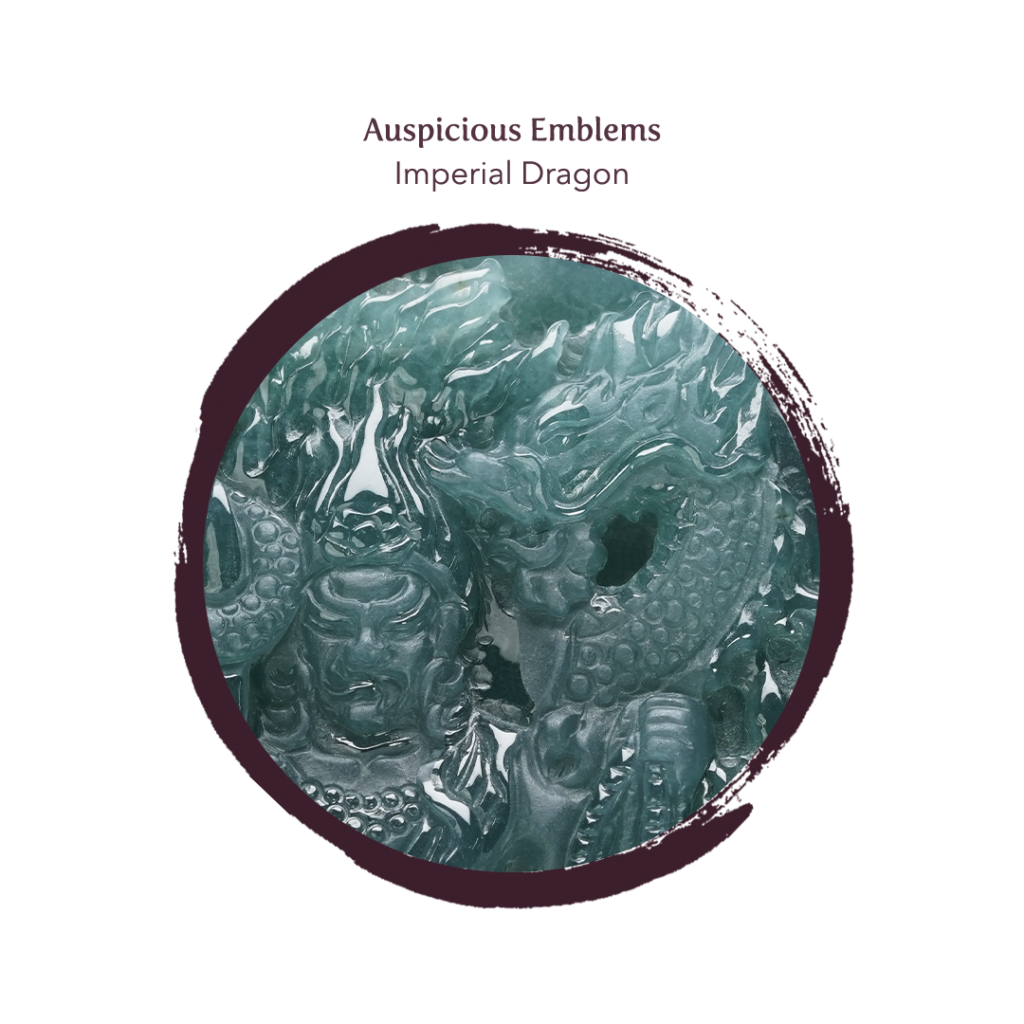 In Imperial Feng Shui, the legendary Imperial Dragon is regarded as the king of all mythical creatures. It is an auspicious embodiment of power, wealth, strength, leadership, good luck and prosperity. The divine mythical creature has been highly revered as one of the greatest divine forces of earth, synonymous with Chinese emperors in dynastic China.

The Imperial Dragon situated behind Acalanatha is the ultimate emblem that empowers individuals born in the year of the Rooster with the spirit of personal development, wisdom and foresight to overcome their challenges and adversities to achieve monumental breakthrough successes.

The Fine Jadeite Acalanatha is hand-finished by Imperial Harvest’s master artisans, each displaying the artful and meticulous application of jadeite cutting, carving and polishing techniques. The wealth of multi-generational techniques displayed give rise to the signature lustre and intricate prevailing through each Imperial Harvest Eight Zodiac Guardians treasure. Combined with a series of precise design specifications and the highest quality control standards established by Master David, each treasure in the collection achieves the highest echelons of craftsmanship.

Acalanatha’s visage is immortalised in Imperial Harvest’s iconic Eight Zodiac Guardians collection, drawing inspiration from the immovable wisdom, unshakeable faith and inner strength that he imparts on his devotees, illuminating their path and aiding them with the necessary values to achieve their fullest potential — setting them up for success in their businesses, careers, sales and investment ventures. 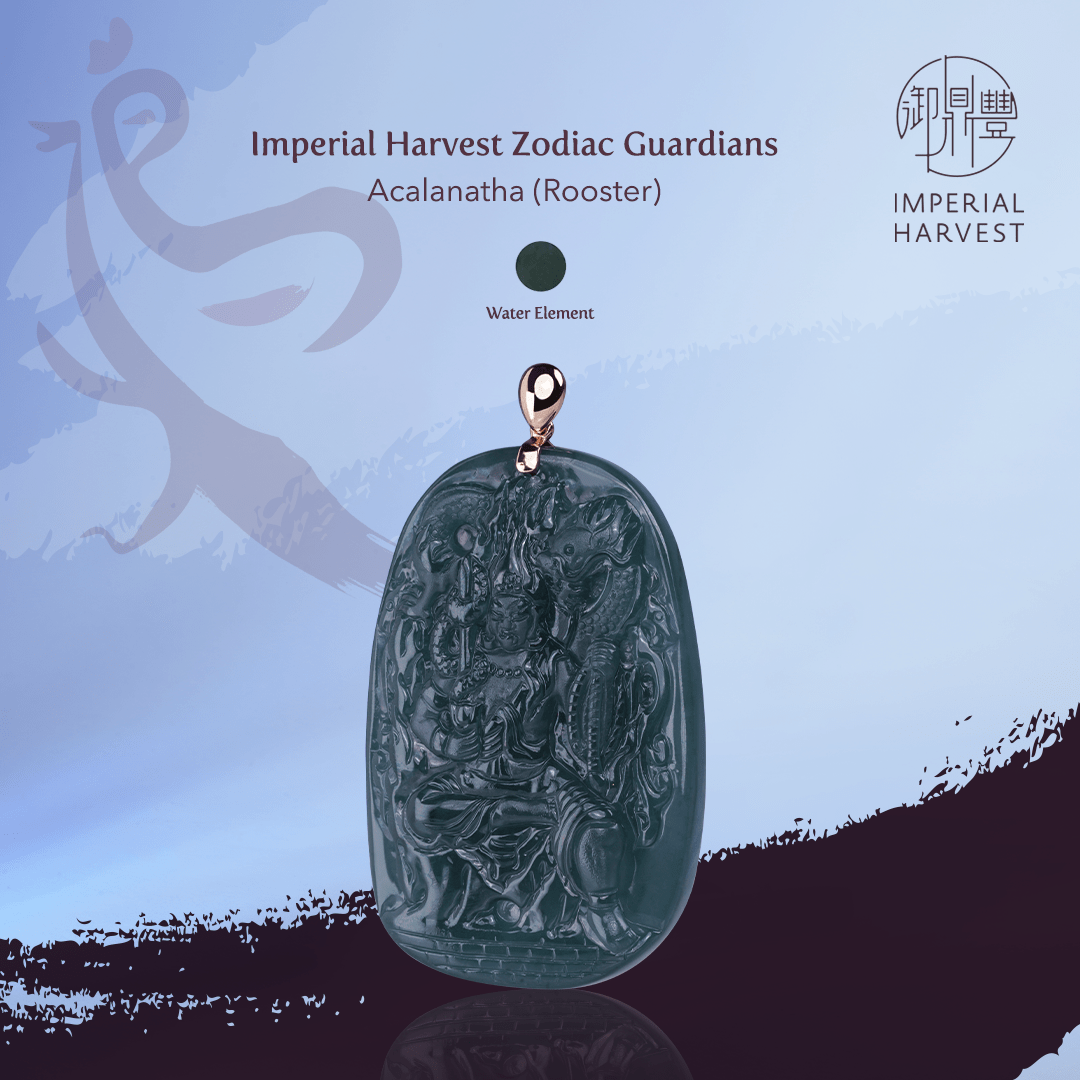 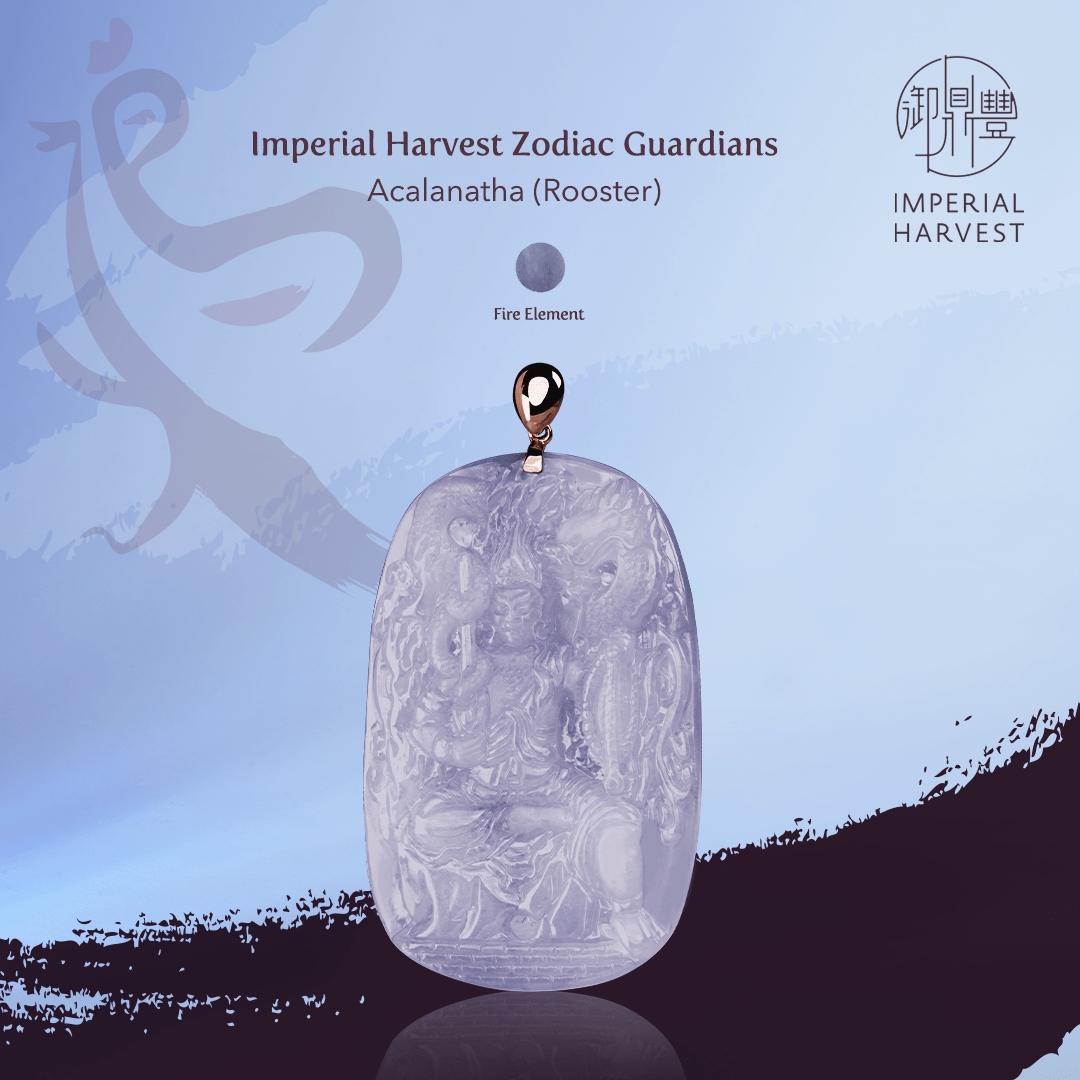 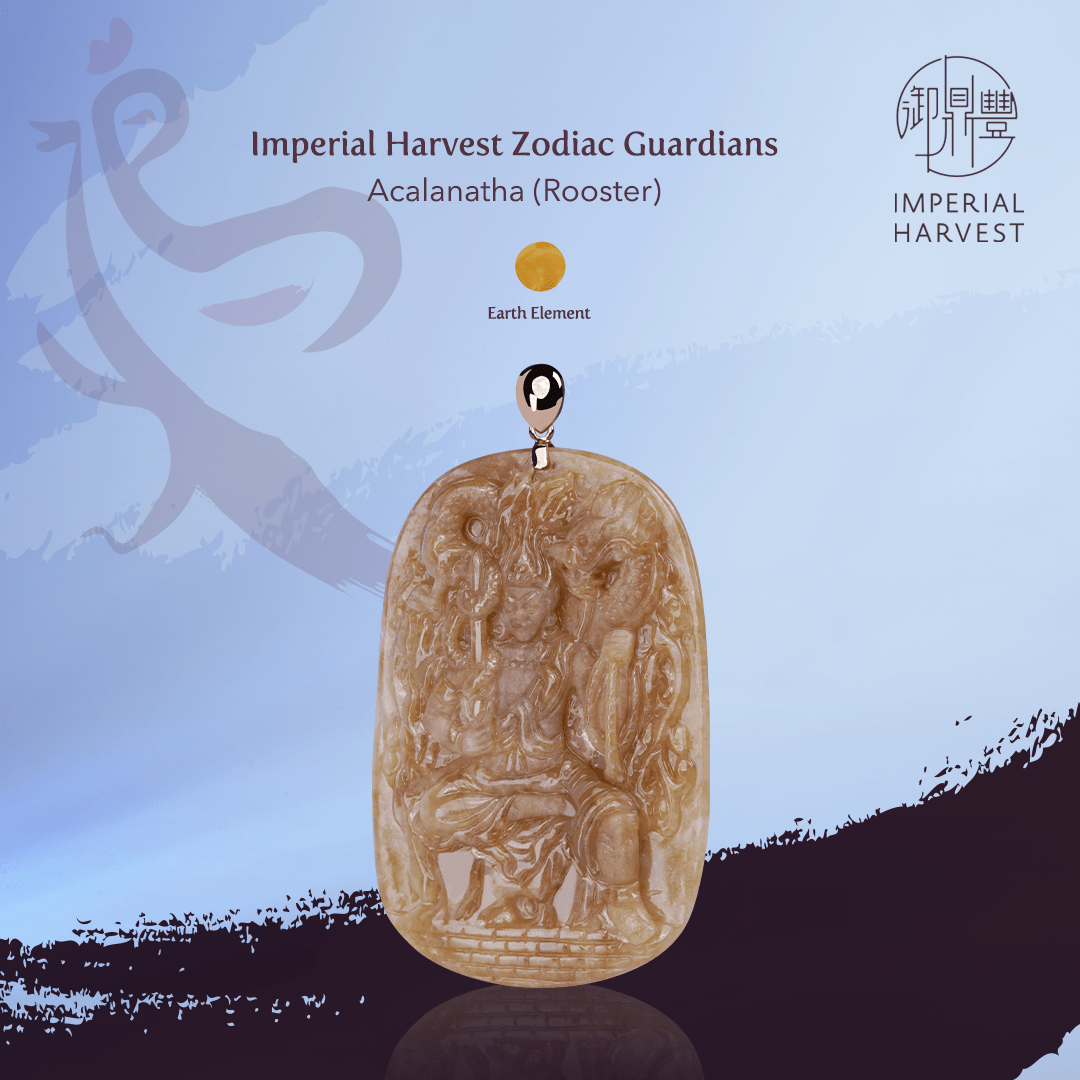 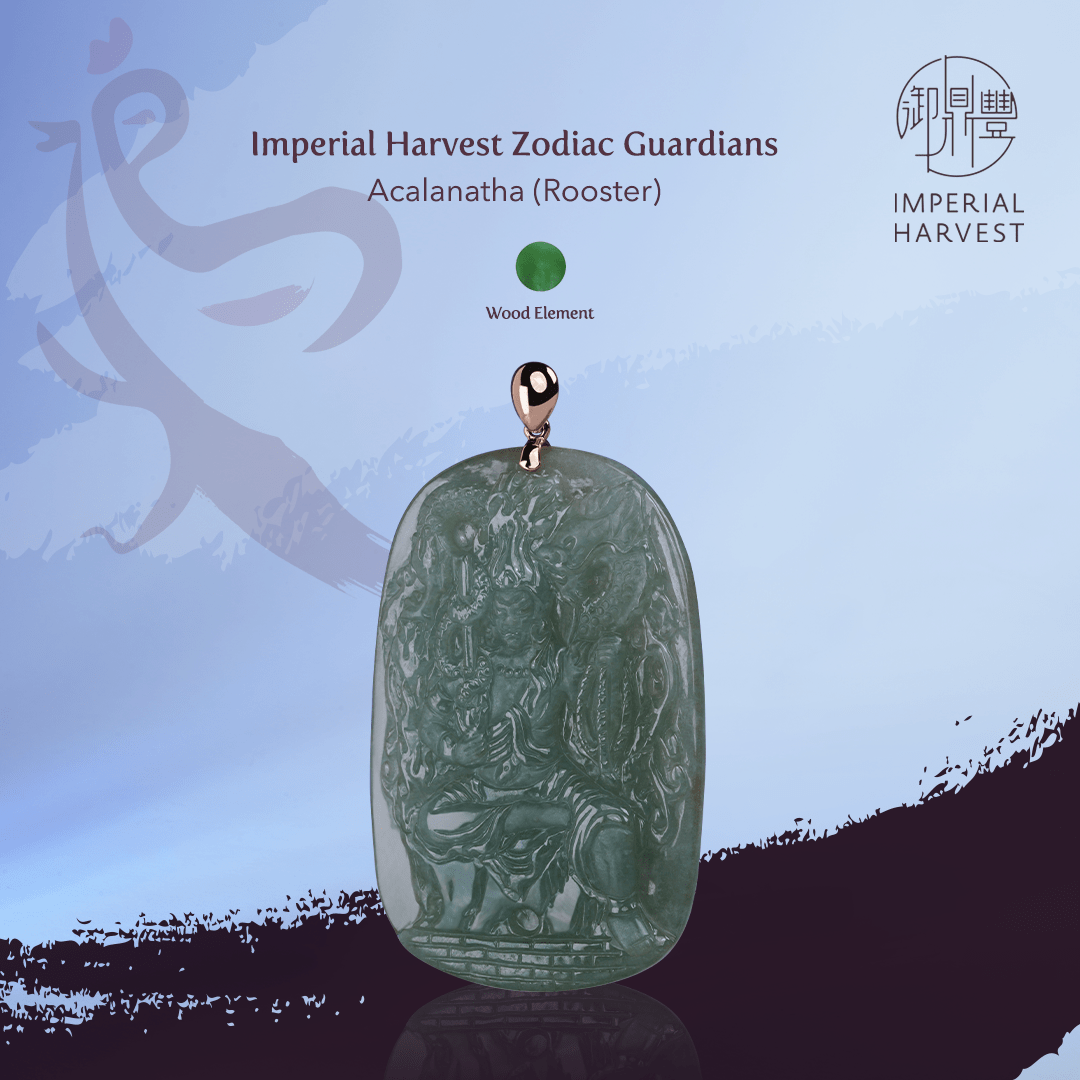 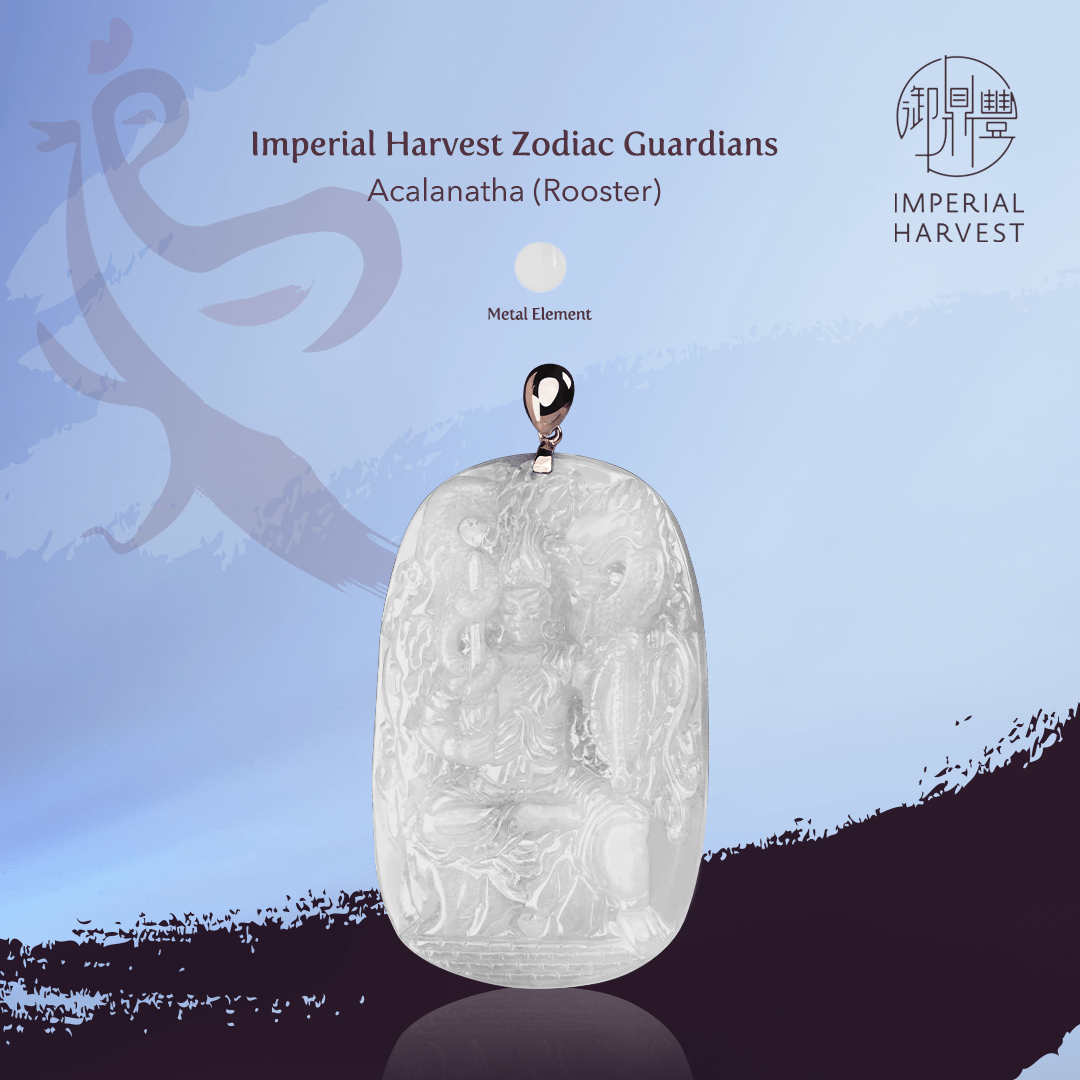