Posted by Imperial Harvest on 12 November 2021

As the designated zodiac guardian for those born in the year of the rabbit (1963, 1975, 1987, 1999), Manjusri Bodhisattva (文殊菩薩) epitomises wisdom, insight and enlightenment. Revered for his sharp instincts and astute judgement, Manjusri is regarded as one of the eight great bodhisattvas, and one of the oldest in literature. 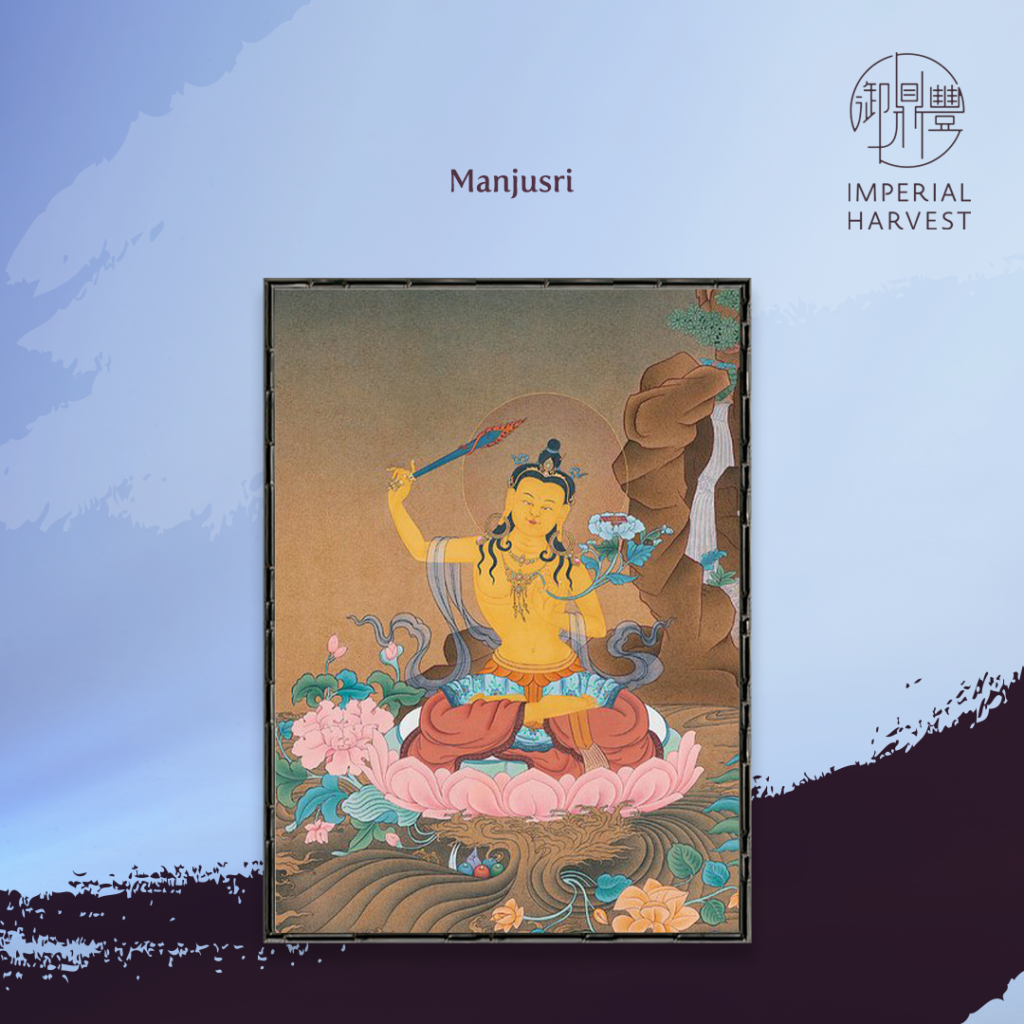 One of the most culturally significant deities in the Buddhist pantheon, Manjusri was said to have originated in China from the mountains closely associated with Mount Wutai. Scholarly accounts have referred to pilgrimages from India and other Asian countries to Mount Wutai in veneration of Manjusri throughout the seventh century.

The rabbit is distinguished by its charisma, broad-minded nature, adaptability, ambition, kindness and calm in the face of adversity which ultimately secured the rabbit its place in the zodiac. Although minuscule in stature, the rabbit was able to quickly adapt to its circumstances, ultimately securing its position at the end of the race. Therein lies an important lesson of the merits of open-minded adaptability, and how our circumstances do not limit our successes. 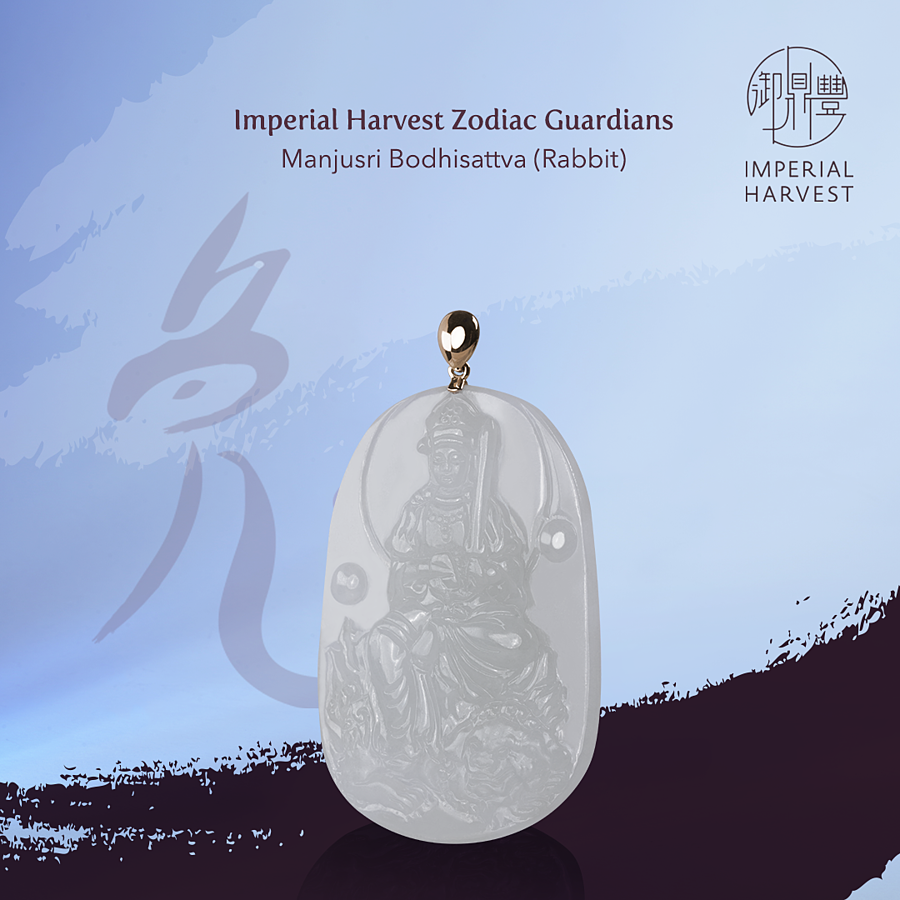 Catering to those born in the year of the rabbit, the Fine Jadeite Manjusri Bodhisattva blesses his devotees with immense foresight and intuition, essential ingredients in reaching the pinnacle of their professional careers.

The emblems featured inspires foresight, courage and wisdom, encouraging the ambitious, driven and intelligent individuals synonymous with the year of the rabbit to take swift and decisive actions in their pursuit of success. 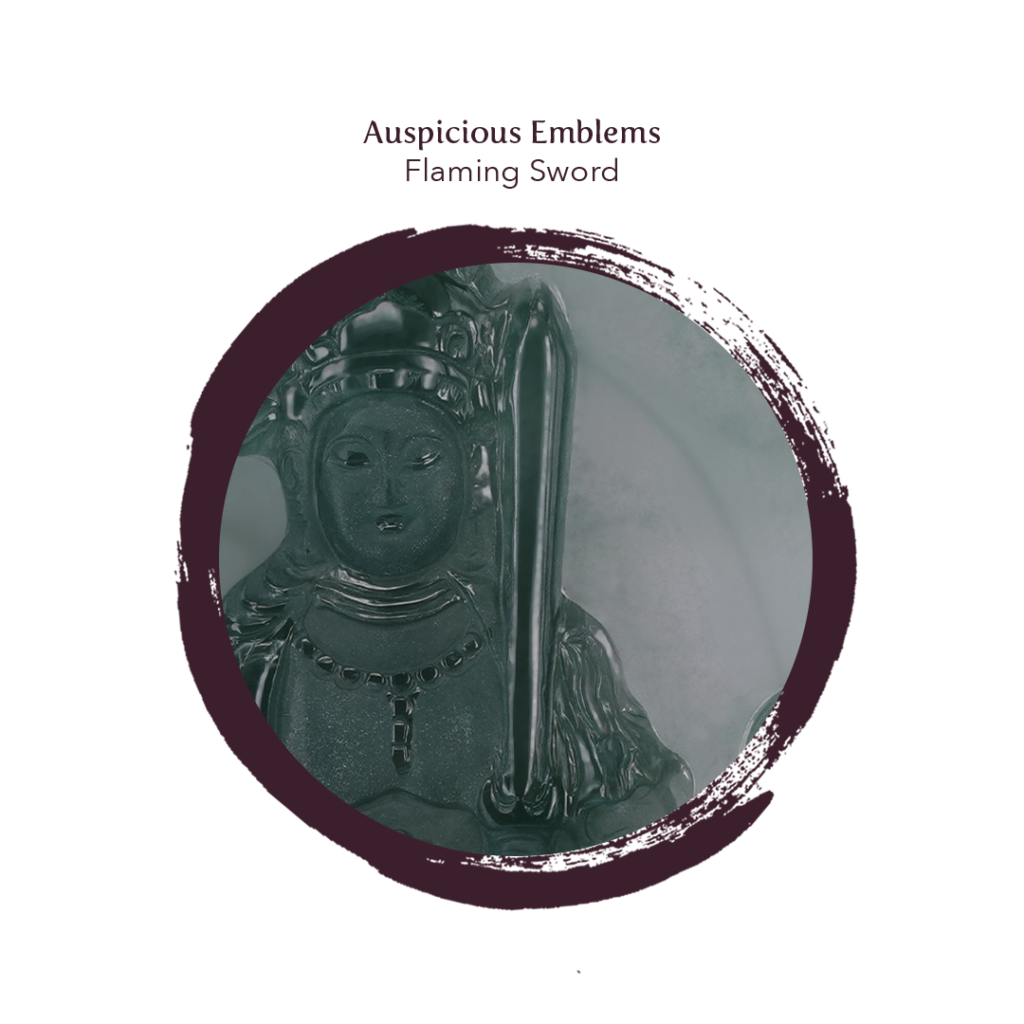 A metaphor for cutting through the darkness of ignorance, the flaming sword held by Manjusri Bodhisattva illuminates the path to prosperity and success for those born in the year of the rabbit. Through this, the insightful clarity that an individual gained would make way for massive breakthroughs in their business, career and investment ventures. 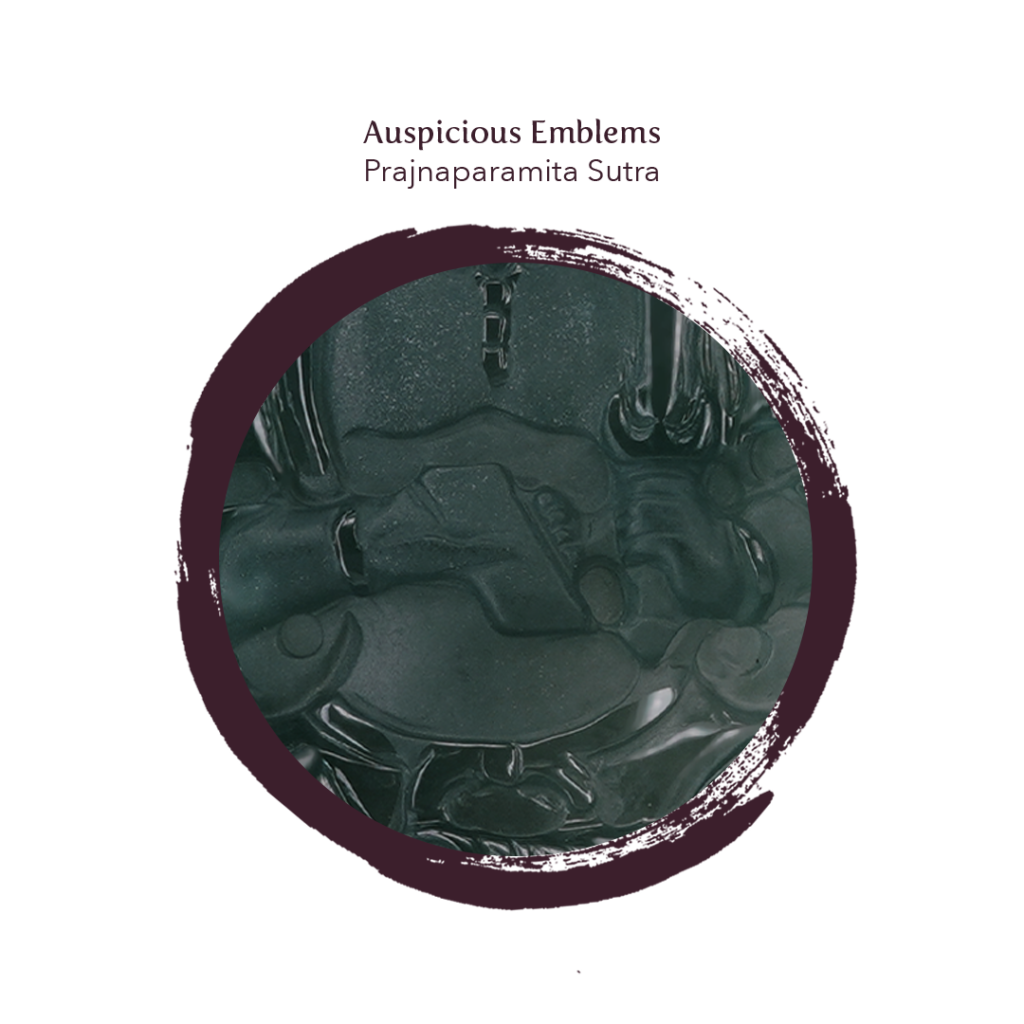 First referred to in early Prajnaparamita sutras, Manjusri Bodhisattva became closely associated with this tradition and was revered as the embodiment of transcendent wisdom.

Translating to “the Perfection of Wisdom”, the Eight Zodiac Guardians Manjusri Bodhisattva wields the Prajnaparamita sutra, thereby enlightening his destined devotees with the wisdom and intuition to be the architects and designers of their own destinies.

This principal sutra empowers its destined owner with thoughtful insight, allowing them to identify possibilities and opportunities in their personal and professional lives. 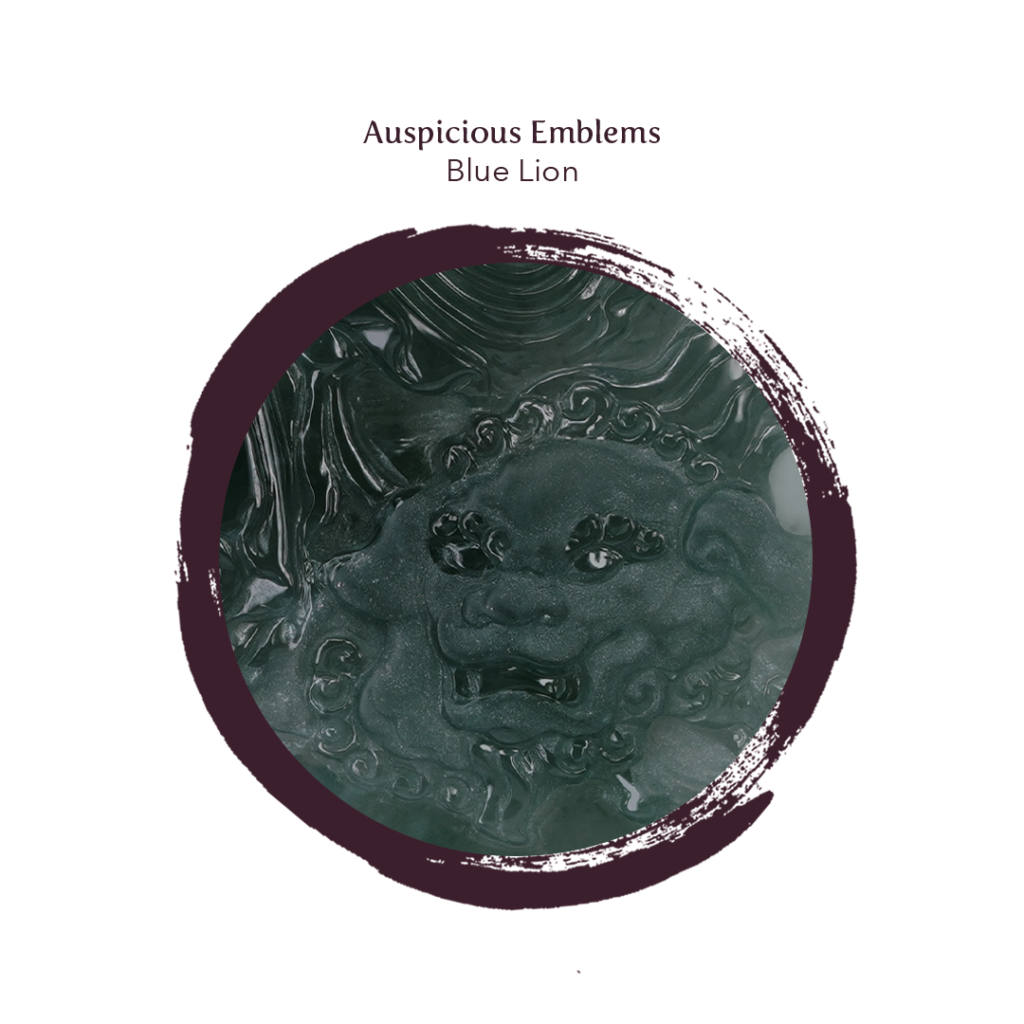 Numerous historical accounts depict Manjusri Bodhisattva riding atop a ferocious blue lion, a powerful emblem that symbolises the strength to overcome the challenges and obstacles that we face. Depictions of Manjusri mounted on a lion were prevailed throughout the Tang dynasty (618 to 907 A.D.) and in this form, he is representative of the use of self-reflection and wisdom in mediating your inner strengths and thoughts.

The taming of the blue lion represents overcoming formidable obstacles and opponents in the path to your success, securing monumental victories and opportunities.

Each jadeite carving is meticulously hand-finished by Imperial Harvest’s team of master artisans, boasting a wealth of multi-generational techniques in this respected craft. The signature intricacy and lustre that details each Imperial Harvest Eight Zodiac Guardians treasure follow a series of precise design specifications established by Master David.

Imperial Harvest maintains the highest quality control standards, with the meticulous application of jadeite cutting, carving and polishing techniques allowing each treasure to achieve the highest echelons of craftsmanship.

The wisdom imparted by Manjusri Bodhisattva continues to guide countless people born under his designated zodiac sign, offering foresight and intuitive decision-making qualities. These insightful qualities imparted by Manjusri grant those born in the years of the Rabbit favourable advantages in their personal and professional endeavours. 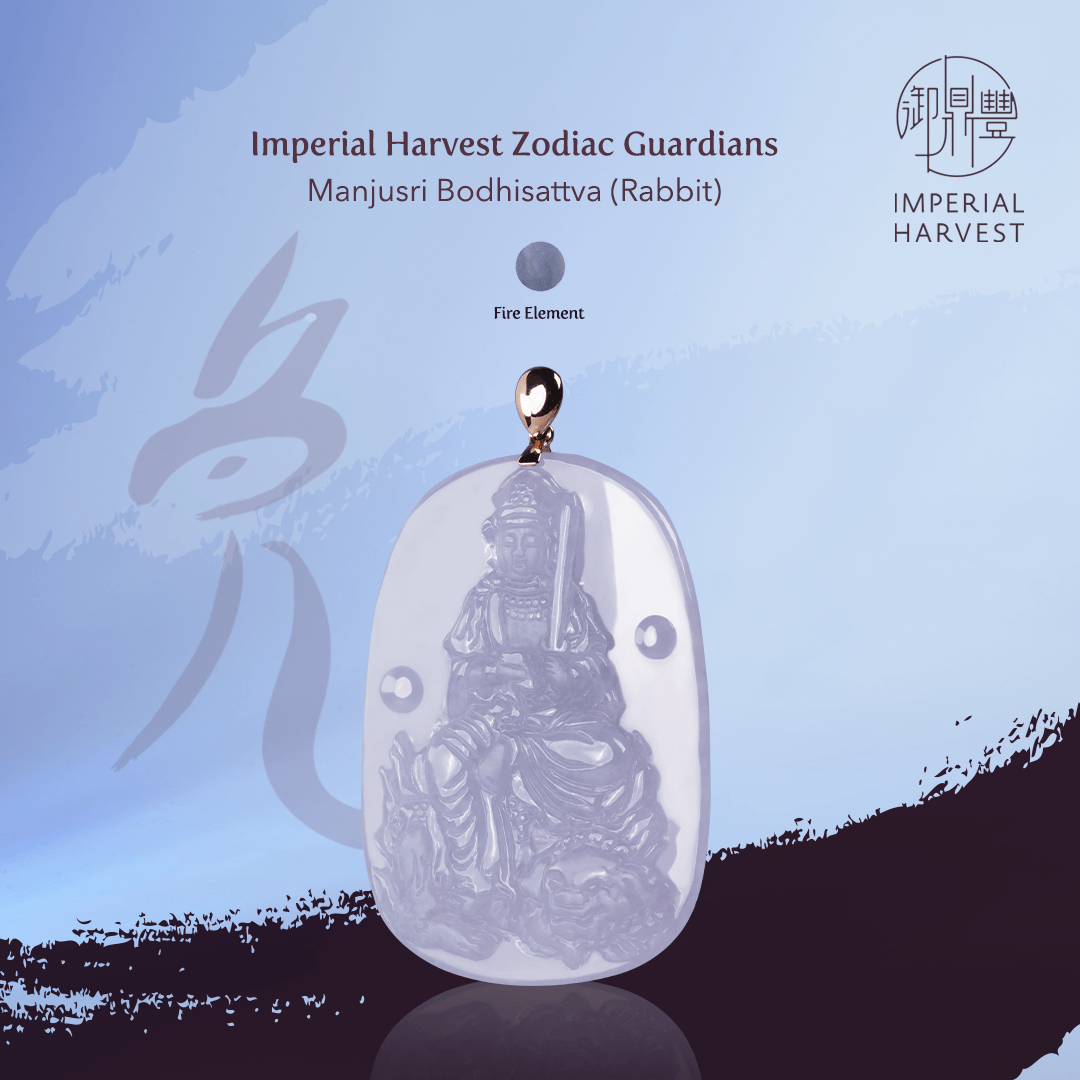 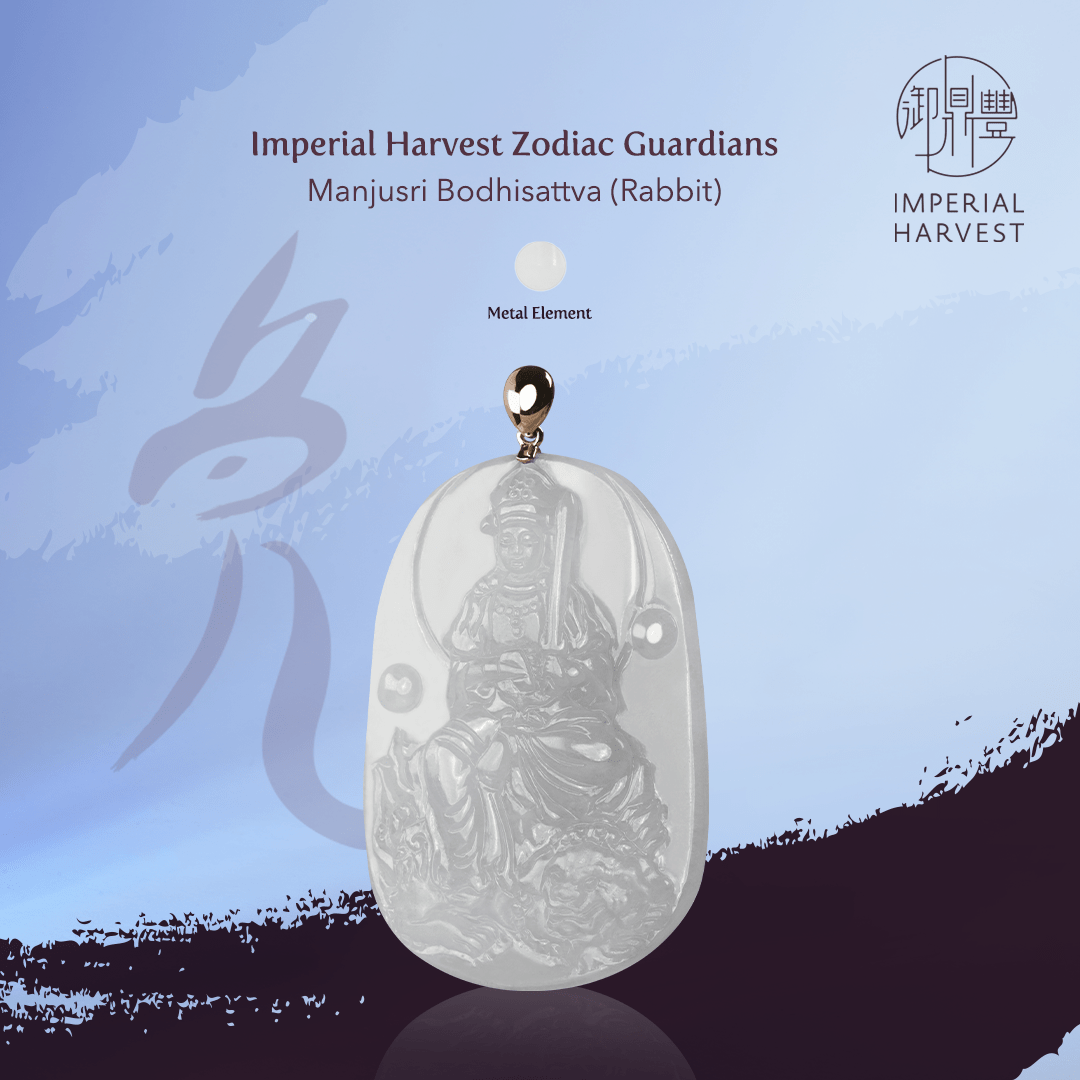 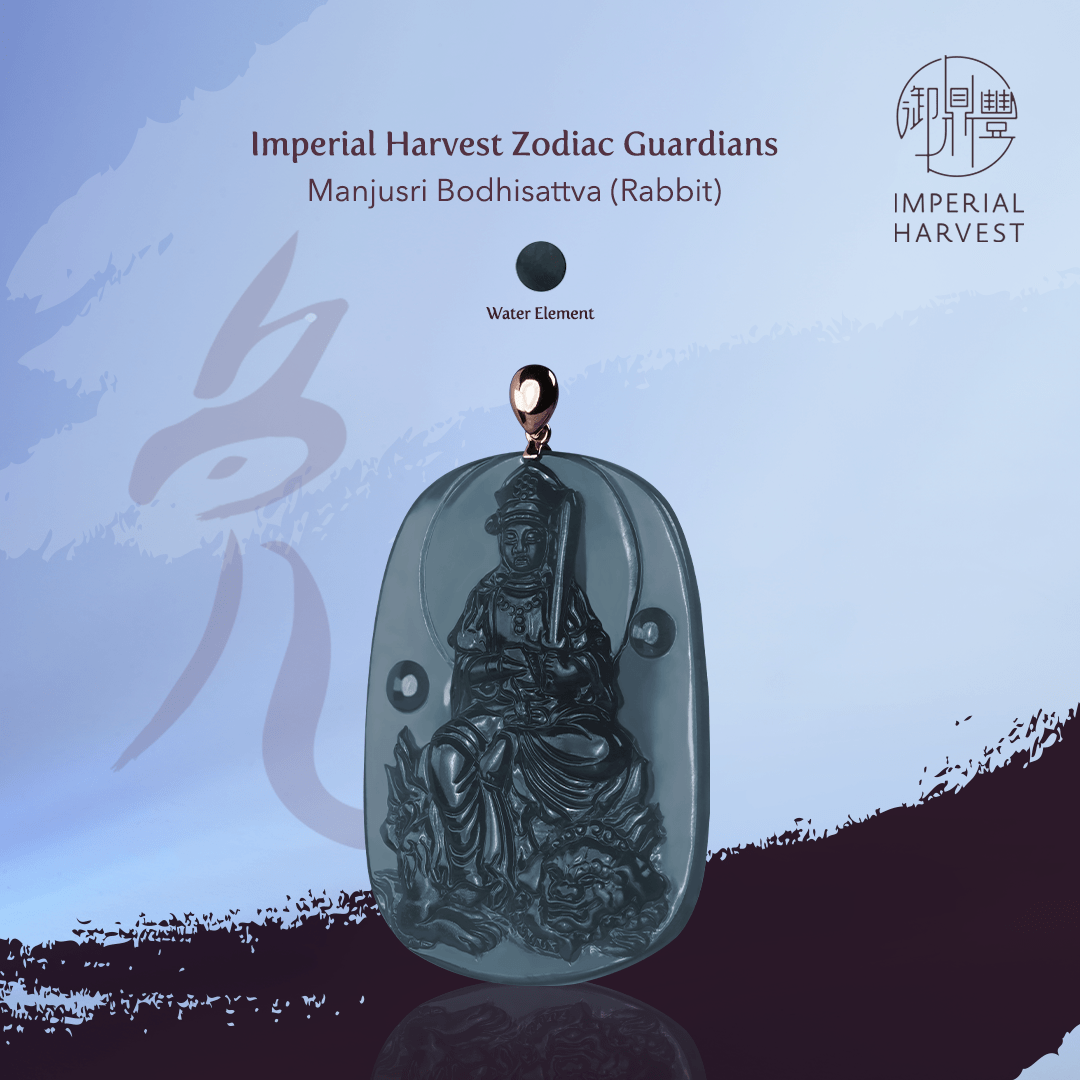 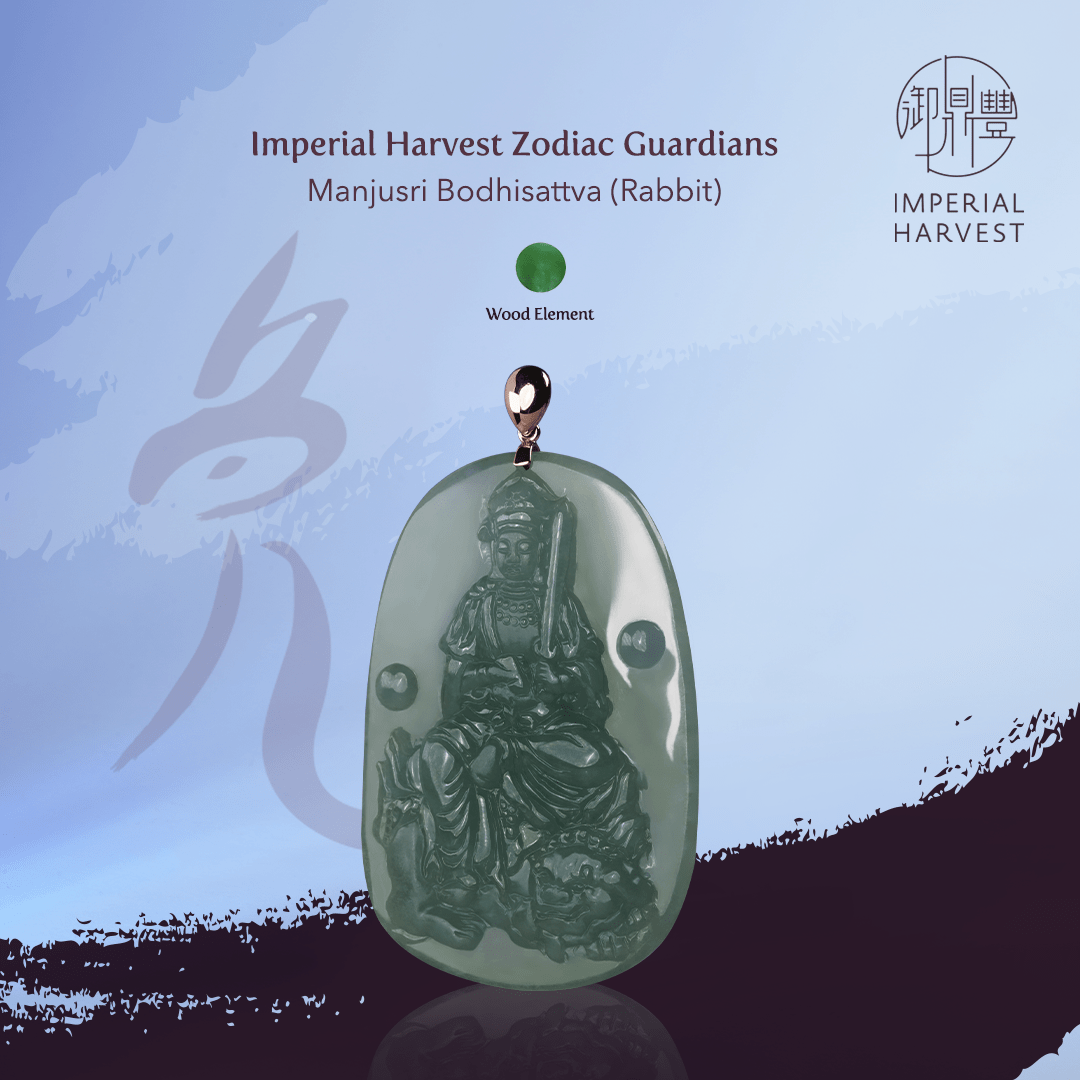