Posted by Imperial Harvest on 06 August 2021

In ancient times, many Chinese came together during Li Qiu to celebrate the joyous season of harvest and abundance. 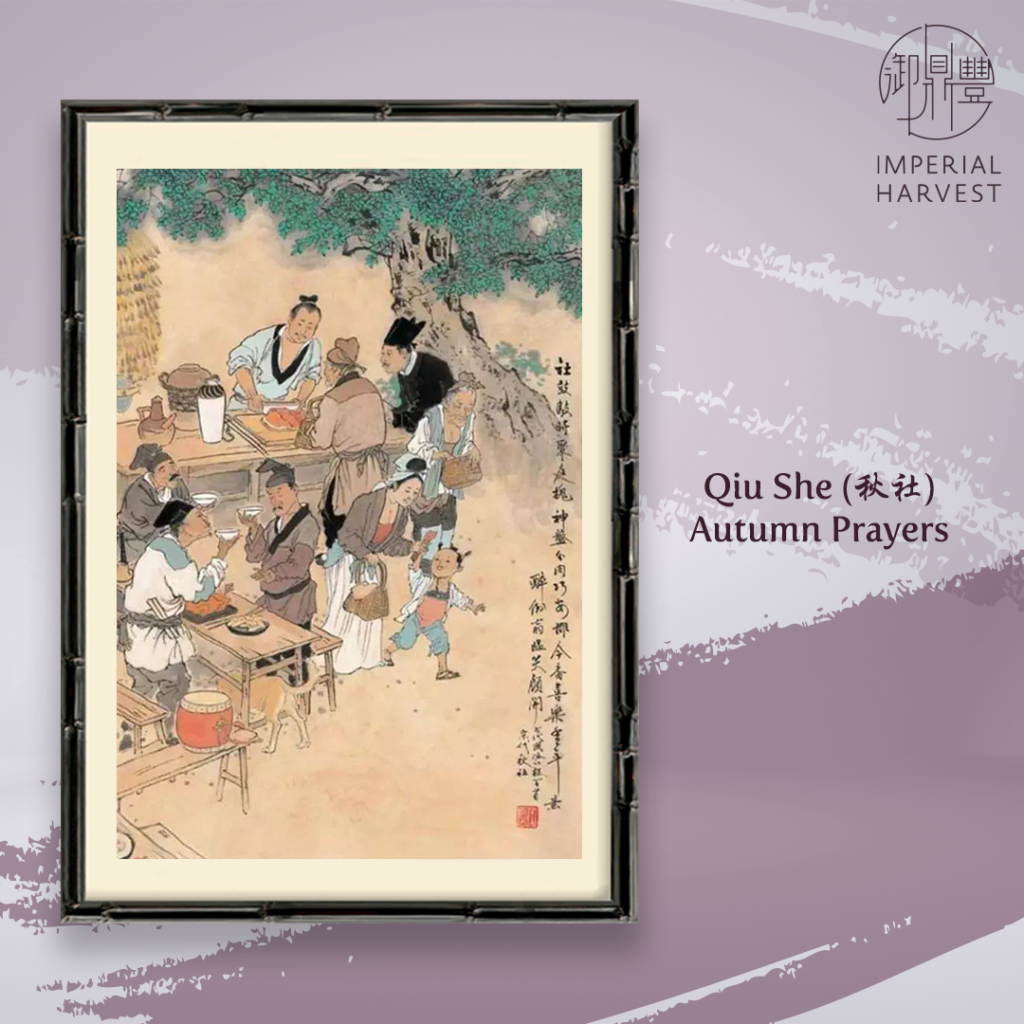 Qiu She (秋社) Autumn Prayers: On the fifth Wu (戊) stem day after the start of Autumn (立秋后第五个戊日), government officials and farmers commenced the autumn prayers to the God of Earth to express gratitude for the bountiful harvest. Prayers to the God of Earth were conducted throughout the four seasons as the ancient Chinese believed in respecting Earth as a source of shelter, food and clothing. 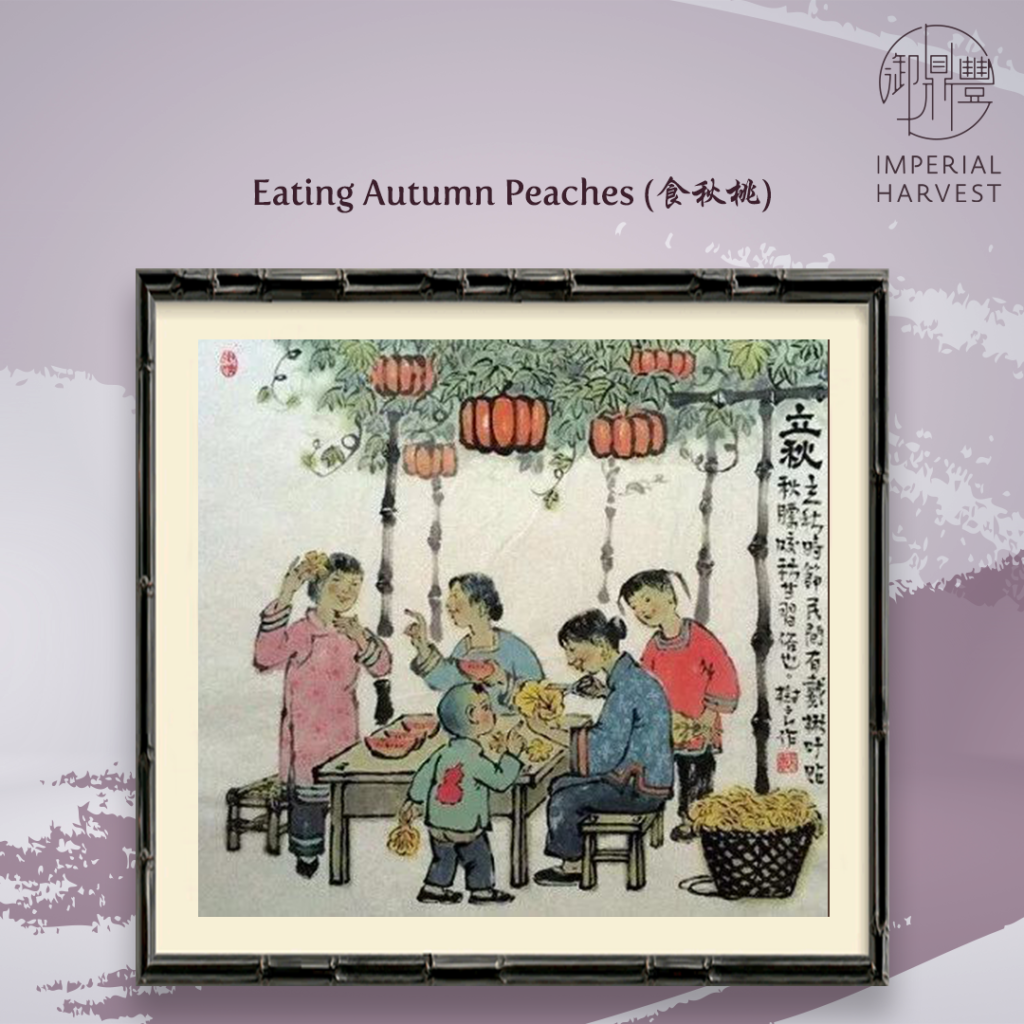 Eating Autumn Peaches (食秋桃): The ancient Chinese traditionally consumed autumn peaches during Li Qiu, keeping the seed till Chu Xi (the day before Lunar New year) when they would throw it into the stove for burning. This was believed to stave off bad health and prevent ailments related to the changing of seasons. 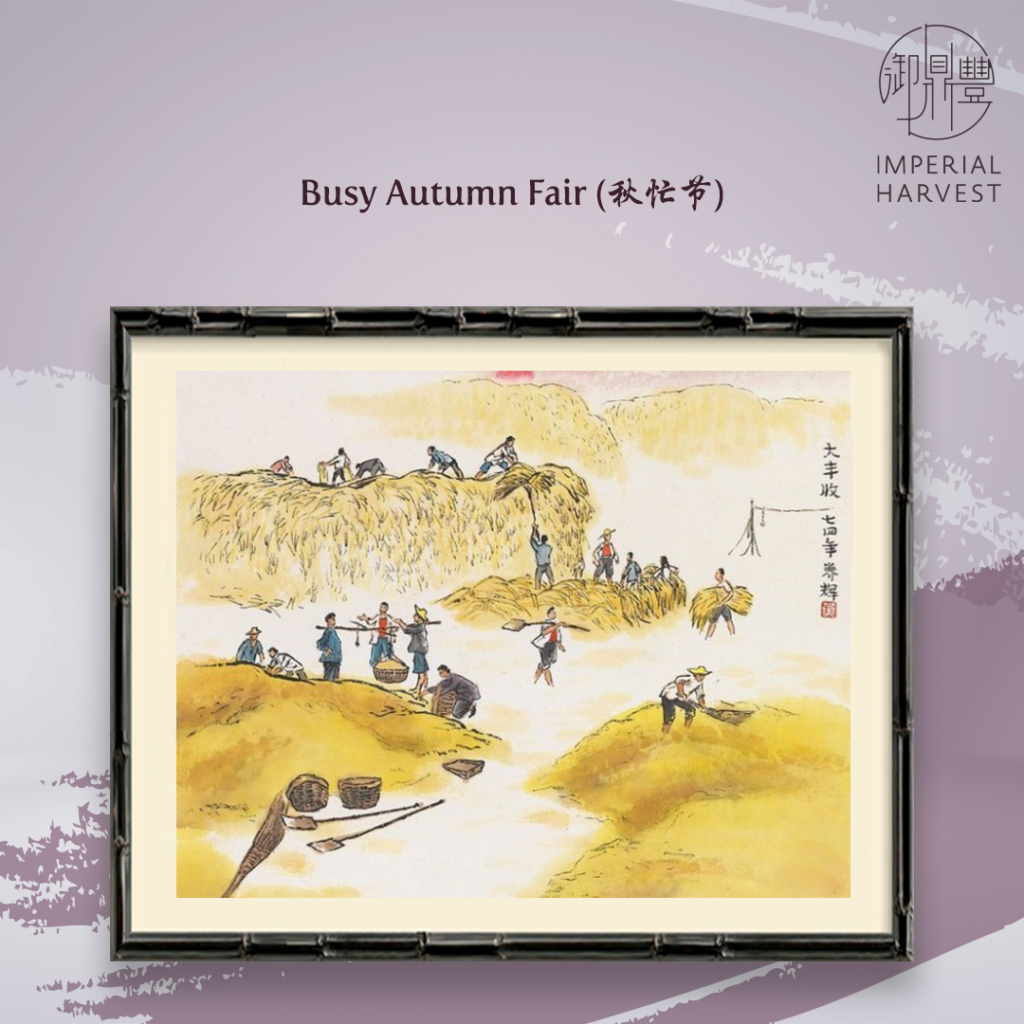 In ancient Chinese history, the majority of imperial court revenue was derived from agriculture. This elevated the importance of the primary production industry, hence Li Qiu was traditionally welcomed with pomp and splendour.

On this auspicious day, the emperor engaged in a series of elaborate rites and rituals to commemorate the beginning of harvest. Ancestral worship which incorporated sacrifices of livestock was conducted to give thanks for a bountiful harvest.

For generations, many emperors continued the celebration of Li Qiu to mark the foremost significance of the autumn harvest.

During the Zhou Dynasty, Li Qiu marked an important annual pilgrimage undertaken by the emperor. On this day, he would lead an entourage of court officials to the western suburbs, where he would conduct a ceremony to welcome the start of autumn. A key part of this ceremony involved offering sacrifices to Shao Hao (少昊), one of Five Emperor Gods, as well as Liao Shou (蓐收), who governs the yield of the crops. 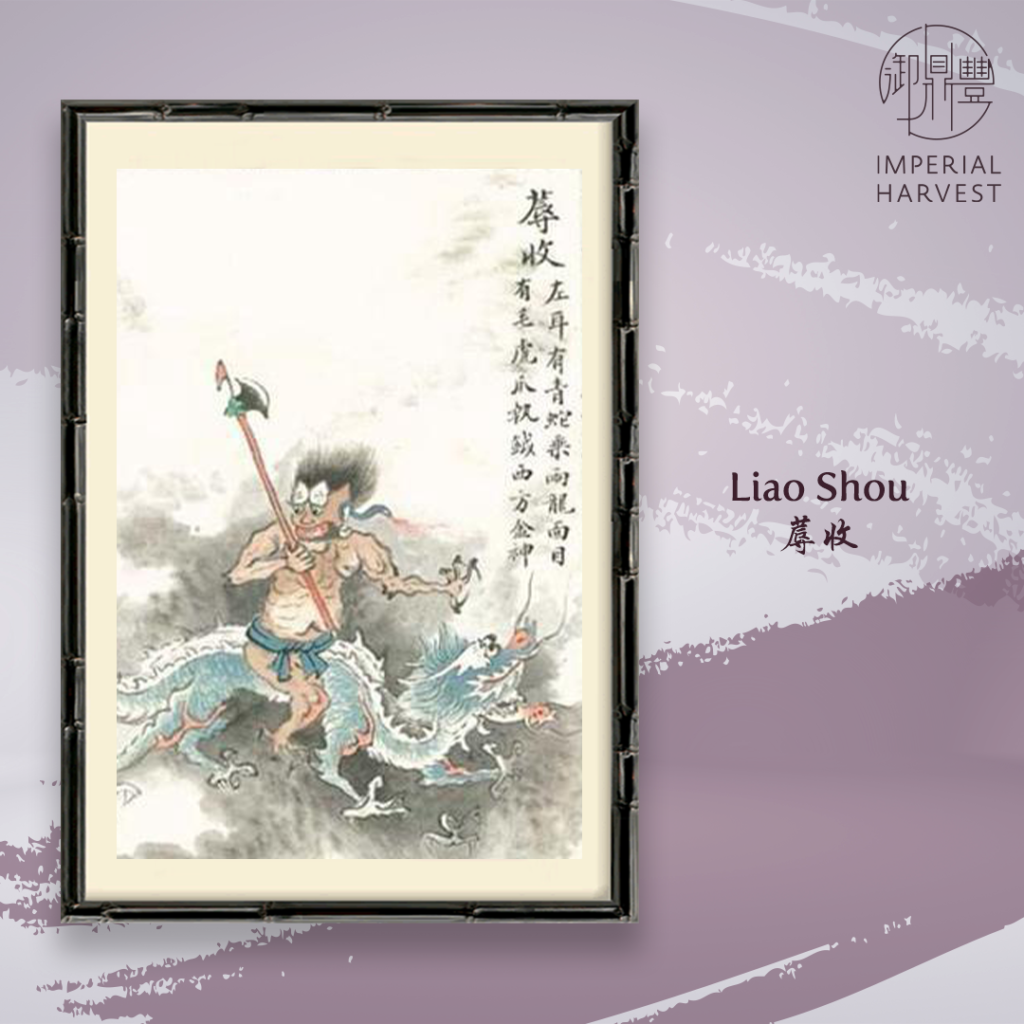 Upon the emperor’s return to the palace, he would proceed to reward officials according to their merits and achievements, similar to the promotion or awards ceremonies of modern times. Prominent farmers would also present the first rice harvests to the emperor, who would assess the crop quality and give thanks through ancestor worship.

The elaborate imperial rituals of the Zhou Dynasty remained mostly intact throughout the Han Dynasty. A large entourage of civil and military officials, led by the emperor, partook in elaborate ceremonies to welcome the arrival of autumn and its blessings of harvest. Through song and dance, these officials offered sacrifices to Shao Hao (少昊) and Liao Shou (蓐收) to usher in the abundance of the upcoming autumn harvest. Han dynasty emperors would then embark on an autumn festive hunt to provide a sacrifice to the heavens.

In contrast, the imperial commemoration of Li Qiu in the Song Dynasty took on a more sombre atmosphere. To mark the start of autumn, the emperor would lead his entourage in transplanting potted sycamore trees to designated areas within the imperial court. Upon successful relocation of the trees, officials would verbally declare the arrival of autumn. This seasonal shift was emphasized by the subsequent shedding of leaves by these trees, which provided a visual representation of one of autumn’s most iconic natural phenomena.

This Li Qiu season, Imperial Harvest pays tribute to the significance of crop harvesting to this important period in the Chinese calendar. While farmers tirelessly reap the fruits of their labour in their crop fields, Imperial Harvest works closely with reputable mines in Myanmar to harvest their rich jadeite reserves.

In line with Imperial Harvest’s relentless pursuit of excellence, our jadeite treasures are derived from only the finest jadeite boulders. Less than 1% of all commercially available jadeite qualifies for use in our fine jadeite treasures.

The coming-to-life of an Imperial Harvest Fine Jadeite Treasure

Every Imperial Harvest fine jadeite treasure is meticulously carved by master craftsmen from the centres of the finest raw jadeite boulders – the jadeite hearts. This is where the Imperial Feng Shui energies residing in the boulders are the densest and most intense. In harvesting only the most premium raw jadeite, Imperial Harvest imbues our fine jadeite treasures with the most robust Imperial Feng Shui properties. This empowers our blessed clients to pursue their aspirations with confidence and a peace of mind.

Enter a world of unlimited possibilities with our fine jadeite cabochons. 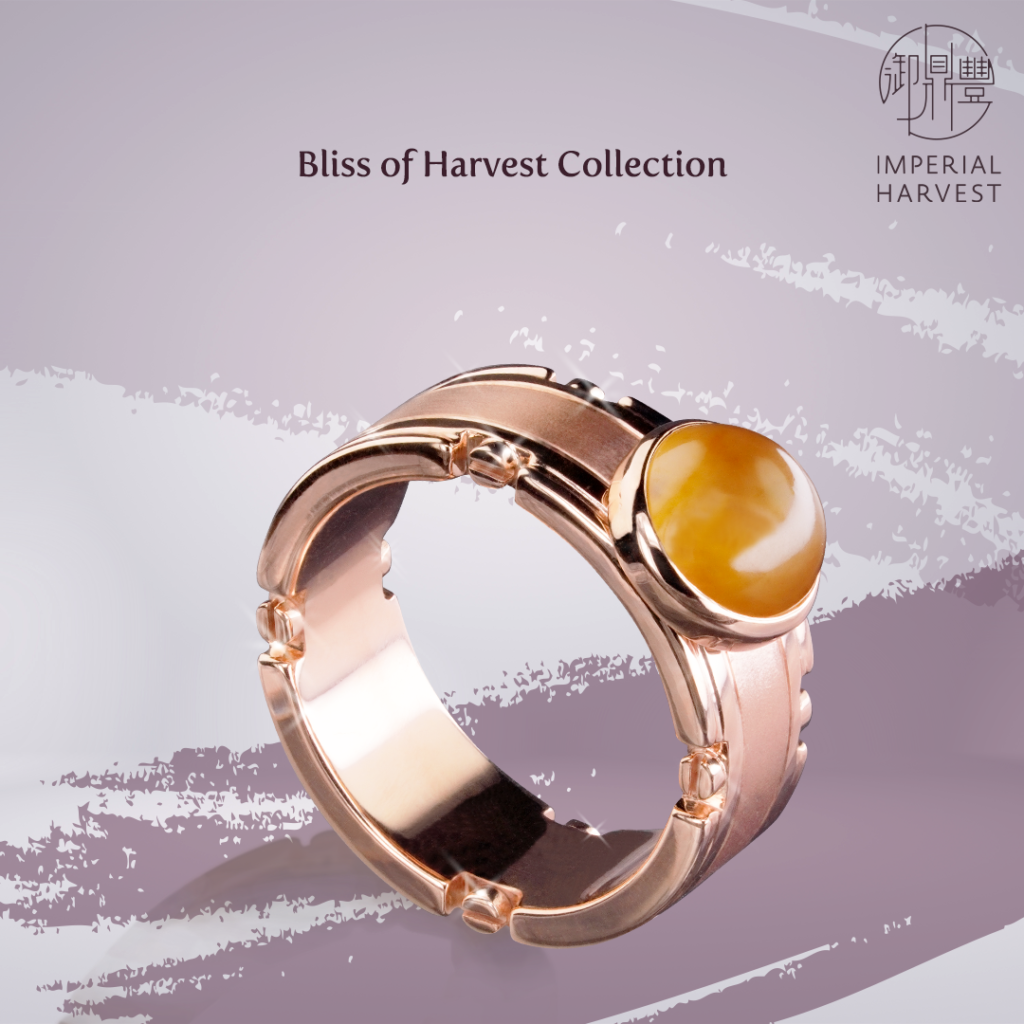 Iconic, bold and revolutionary, The Temple of Heaven Collection pays homage to the revered Hall of Prayer for Good Harvests nestled deep within the Temple complex. It establishes new frontiers in the practice of contemporary Imperial Feng Shui, while remaining true to the core tenets of this ancient art. 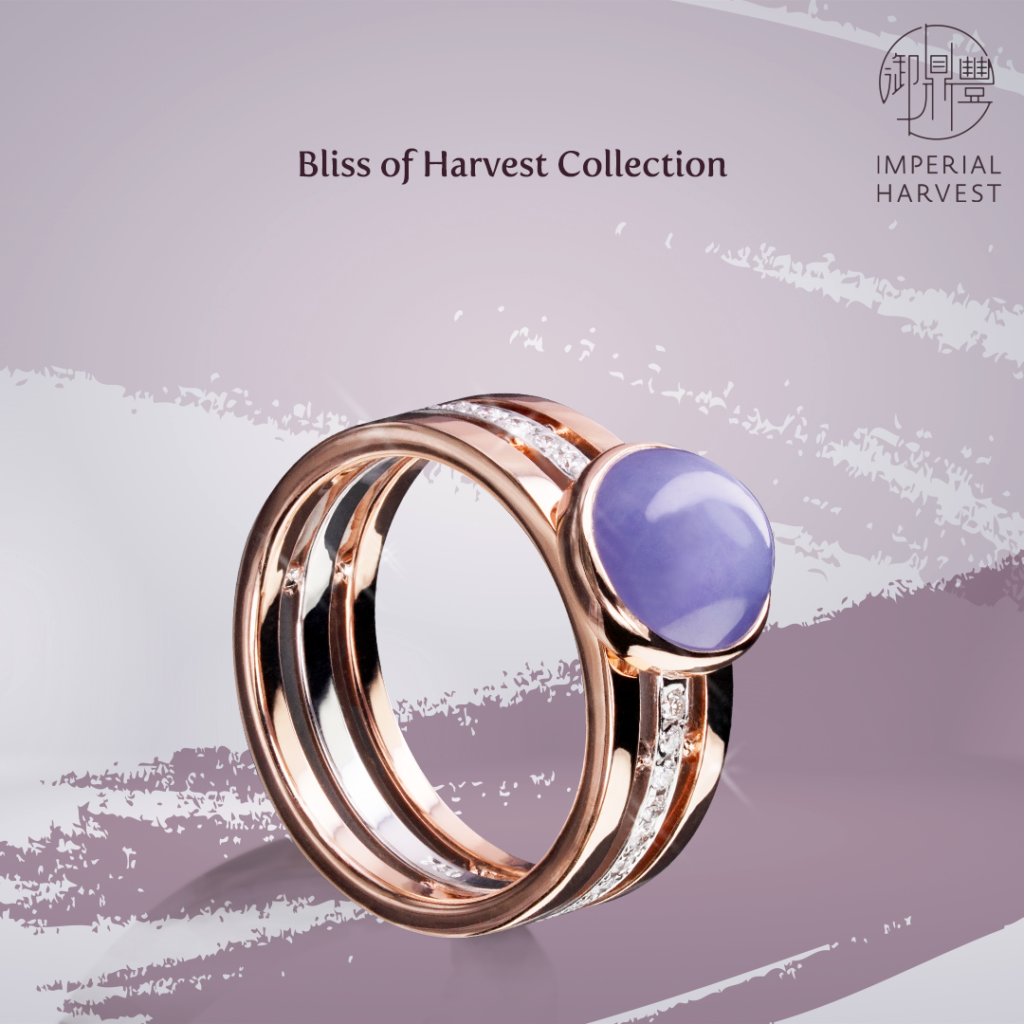 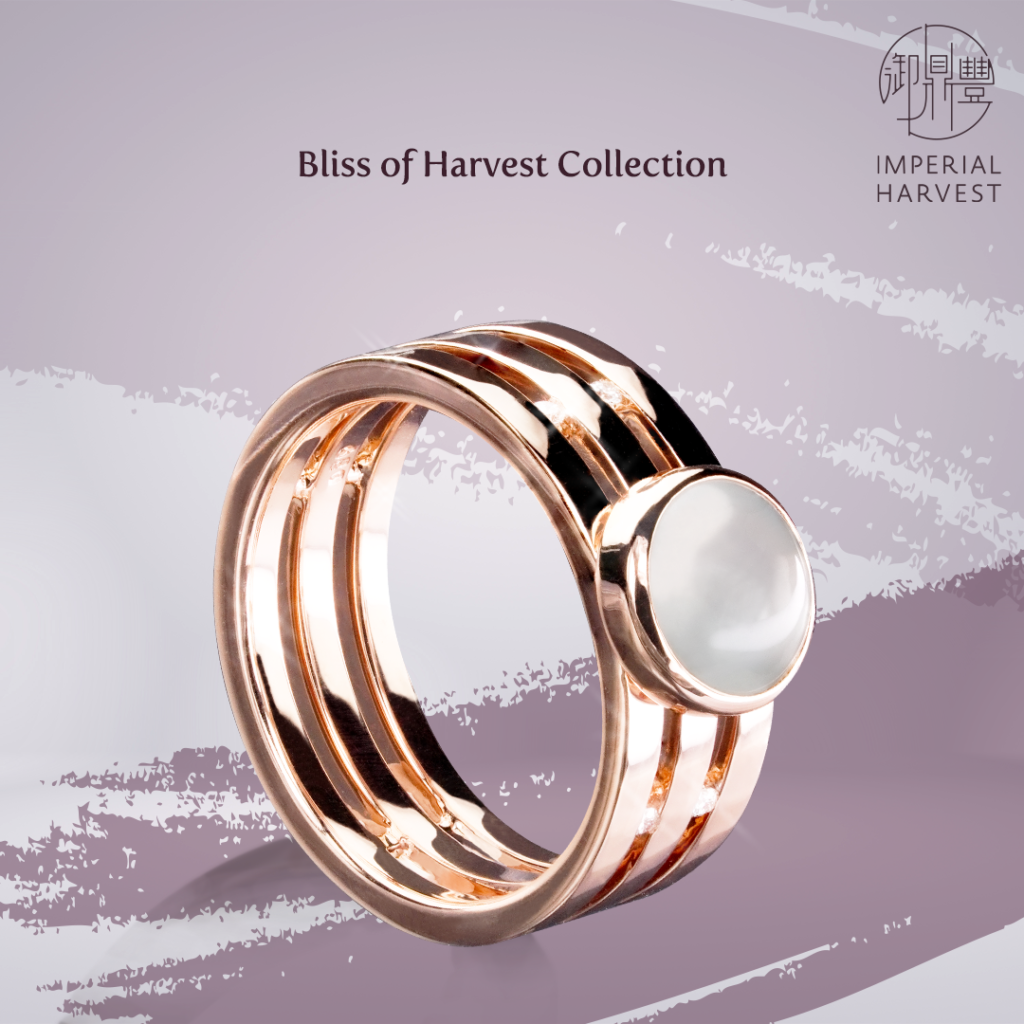 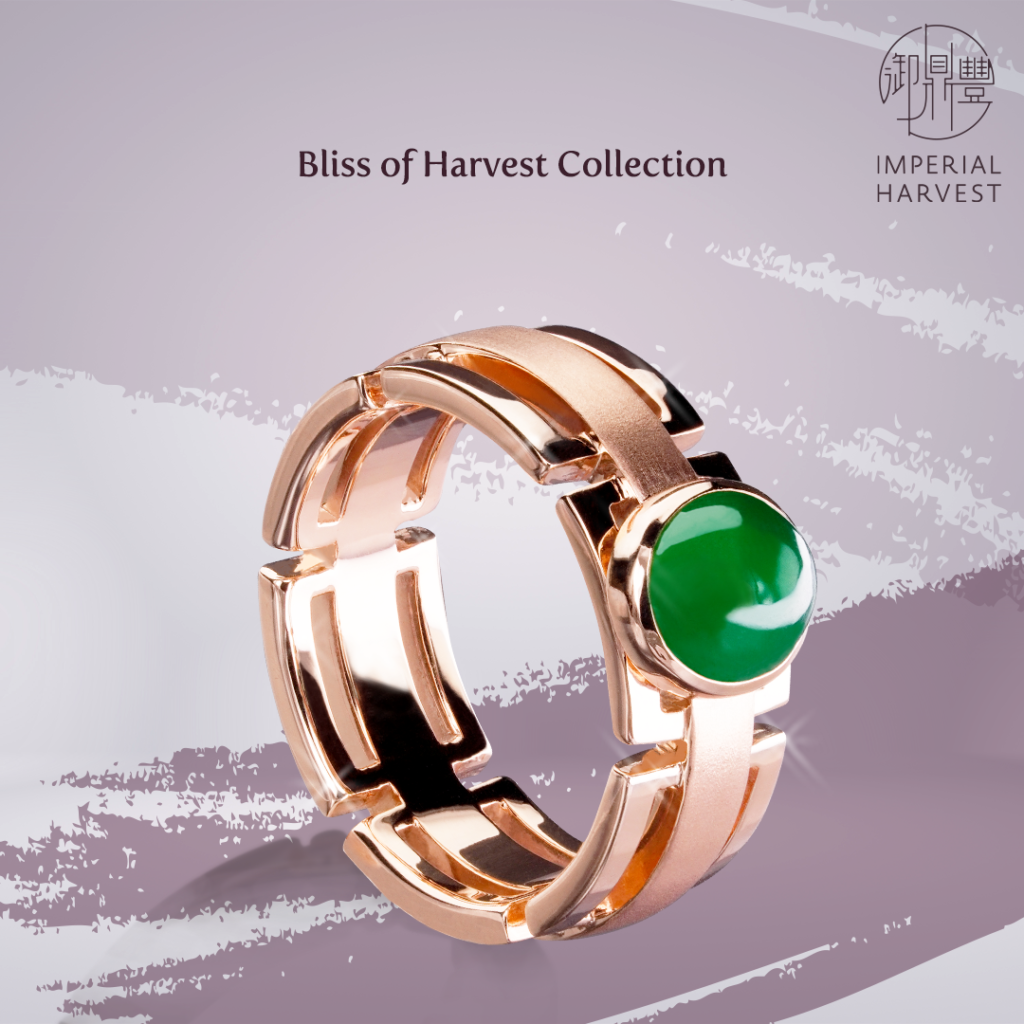 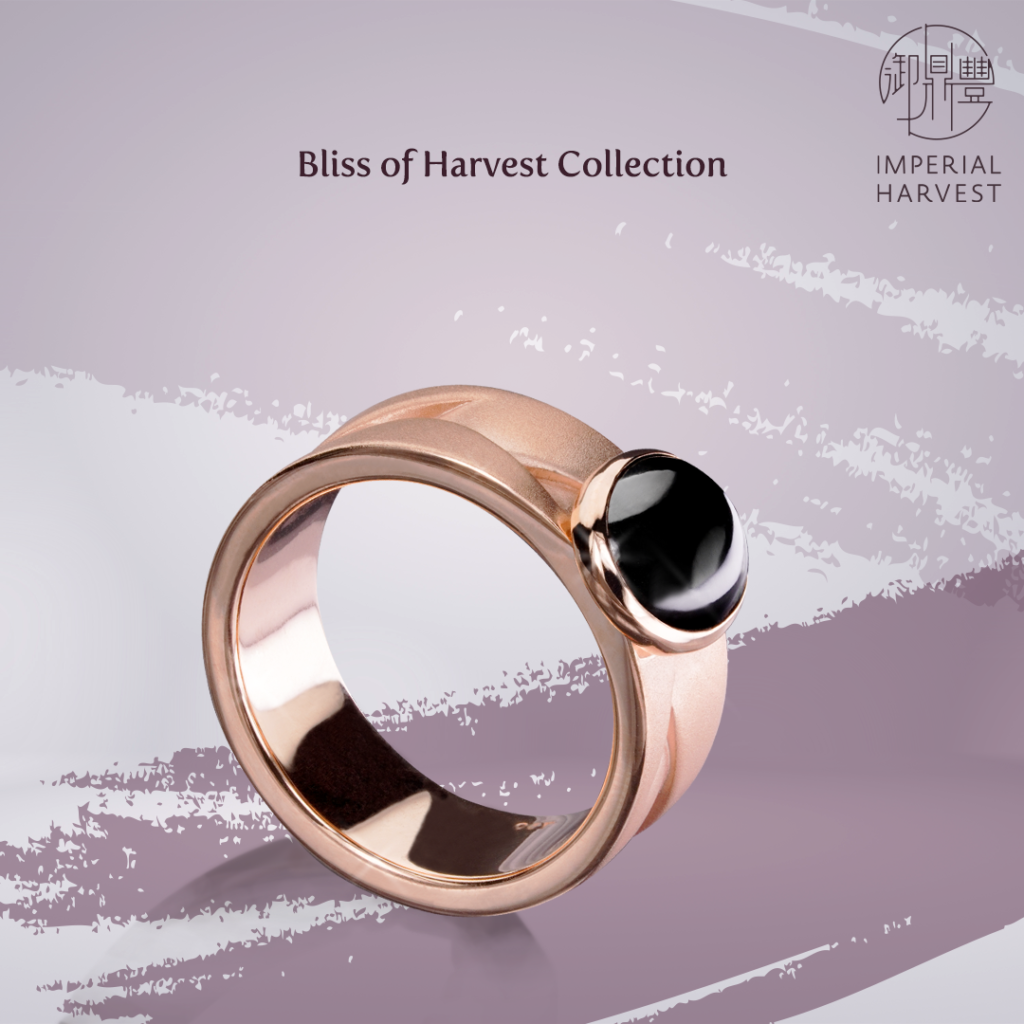 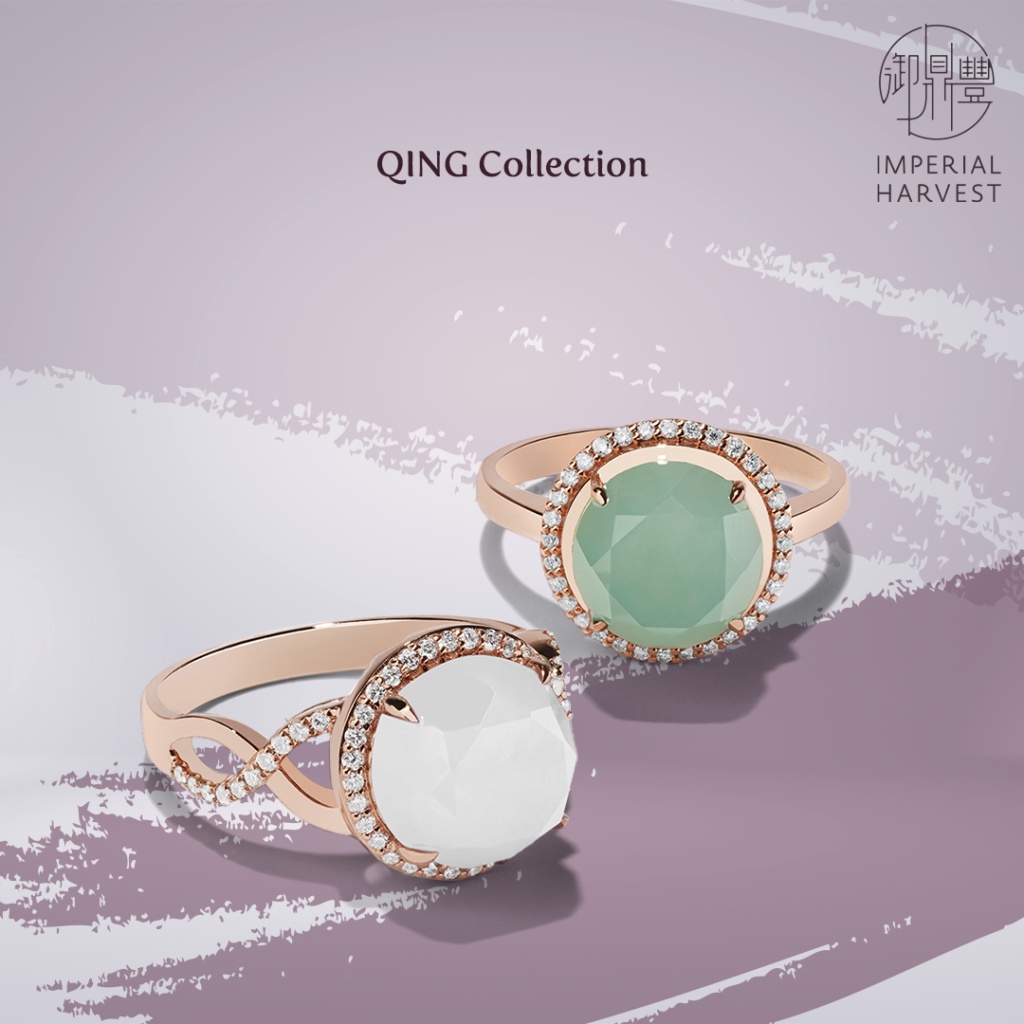 With Emperor Qian Long’s patronage and encouragement, imperial jewellery of the Qing era became increasingly lavish, fashion-focused and started to take on an east-meets-west aesthetic. This shifting trend gradually also permeated mainstream jewellery of that age, which began to evolve and incorporate Western jewellery techniques such as lapidary, enameling, and inlay.

The Imperial Harvest QING Collection epitomizes the fashion and philosophy of the Qing Golden Age. Simultaneously, it expresses the natural beauty of three precious materials – gold, jadeite, and diamonds.

Our brilliantly cut diamonds which adorn the collection are a modern interpretation of the prayer bead chains that were common in the Qing Dynasty. Like the beads, the elegant fluidity of our QING Collection designs represents everlasting longevity and prosperity. 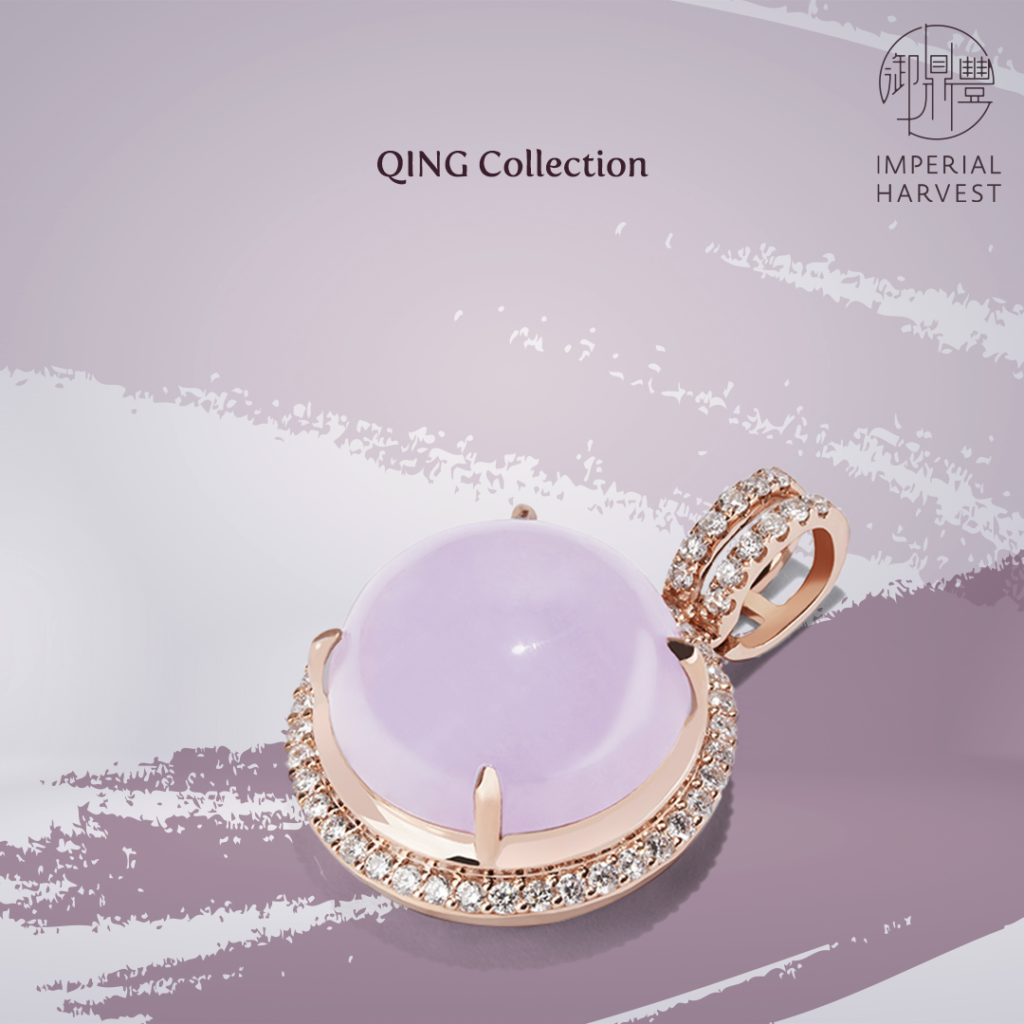 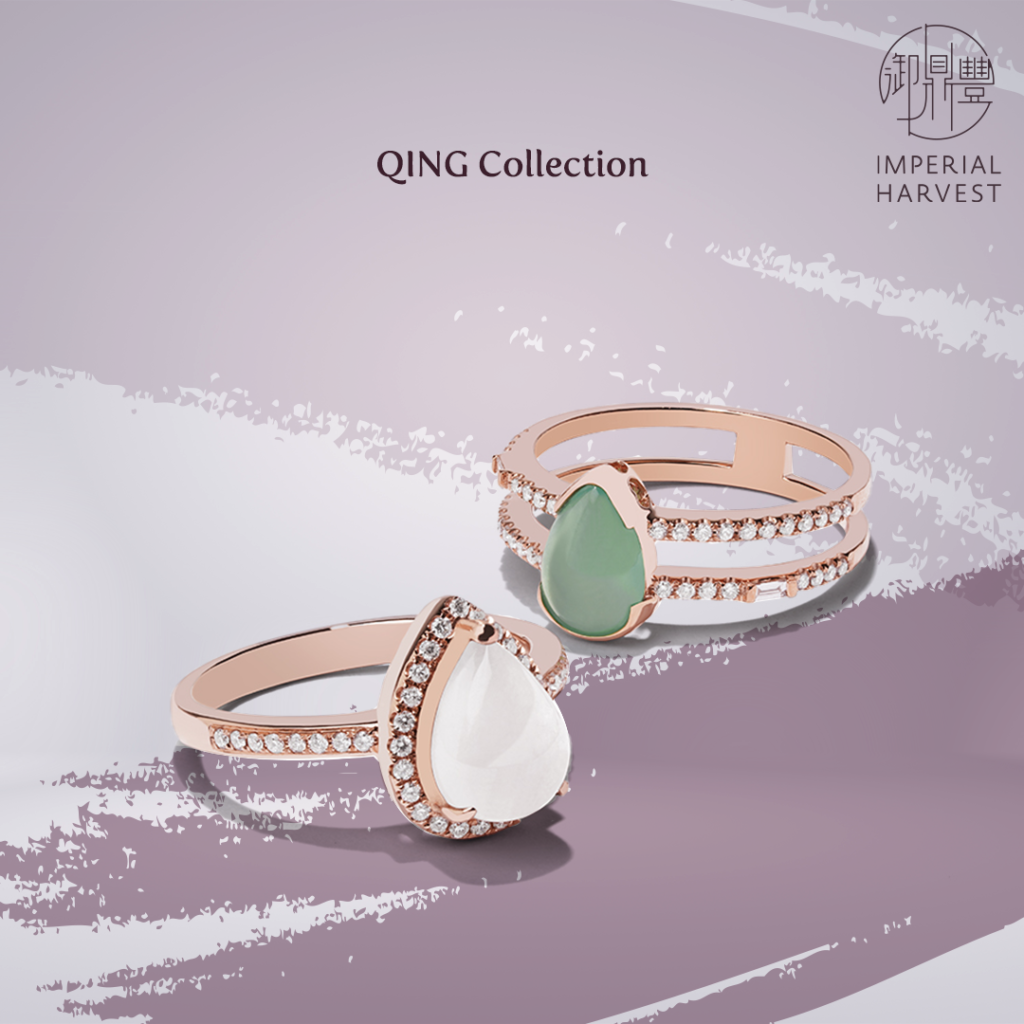 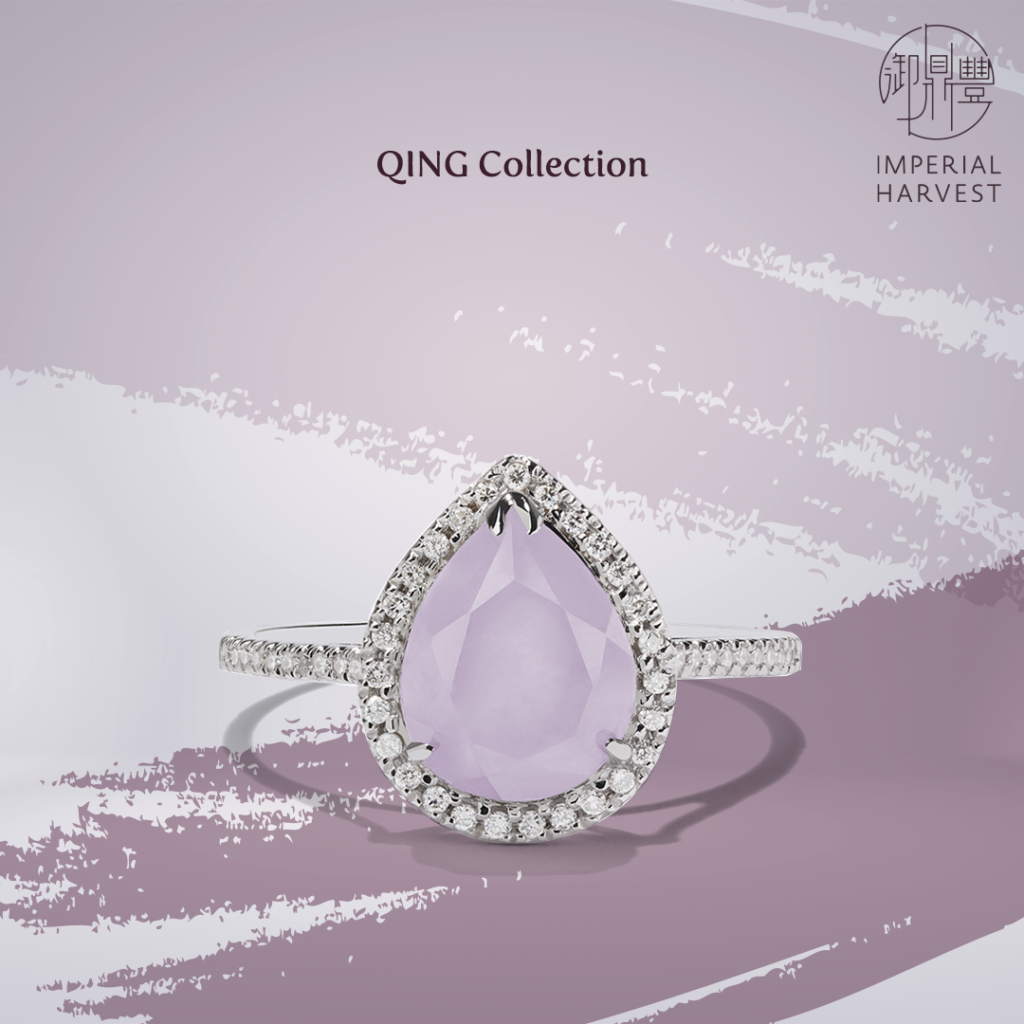 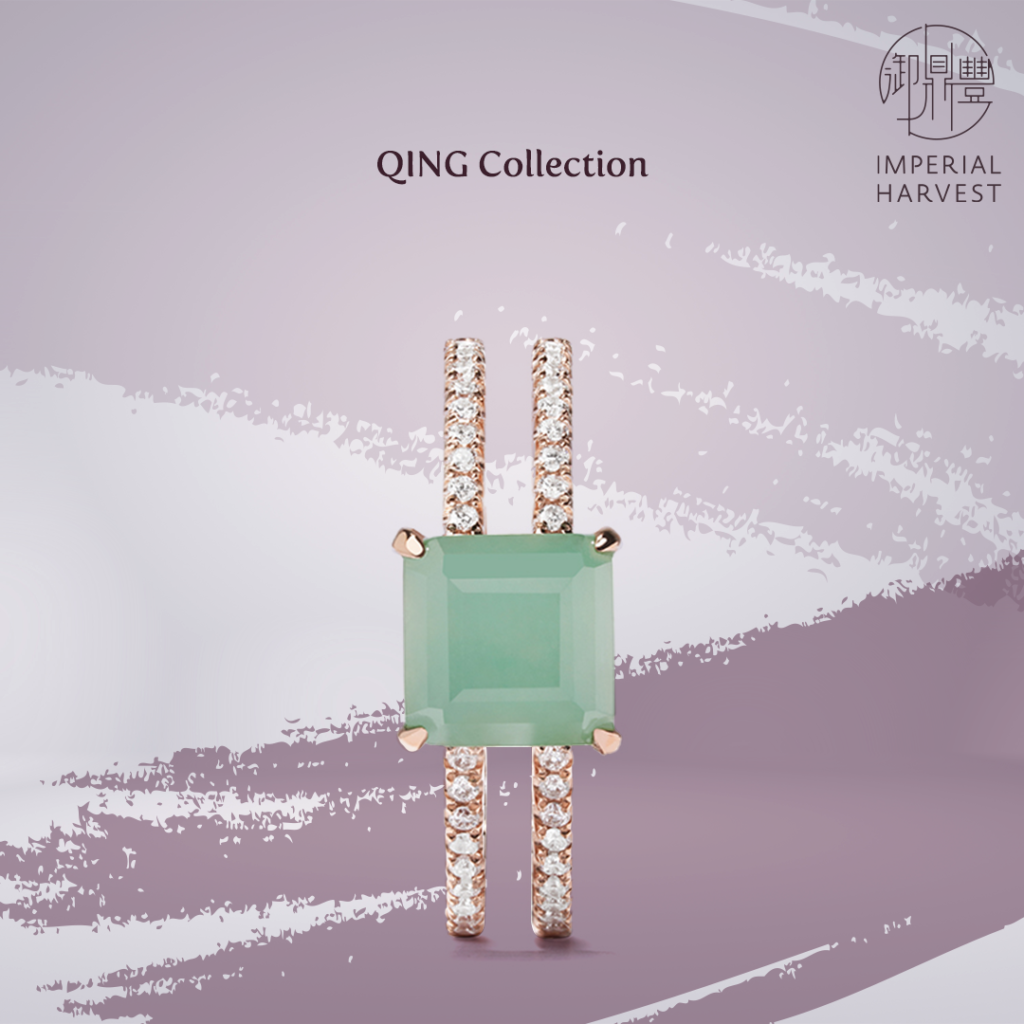 This Li Qiu, Imperial Harvest celebrates the rich cultural festivities that accompany the eagerly-anticipated autumn harvest. Join us in welcoming the season of harvest with our Bliss of Harvest and QING Collections.