Posted by Imperial Harvest on 26 August 2022

Traditionally considered the pinnacle of Chinese intellectuals, Confucius (孔子) was a Chinese philosopher during China’s Spring and Autumn Period (770 to 476 BCE). A bastion of East Asian culture, Confucius’ teachings and philosophies are ingrained in the societal fabric and way of life across China and much of East Asia. 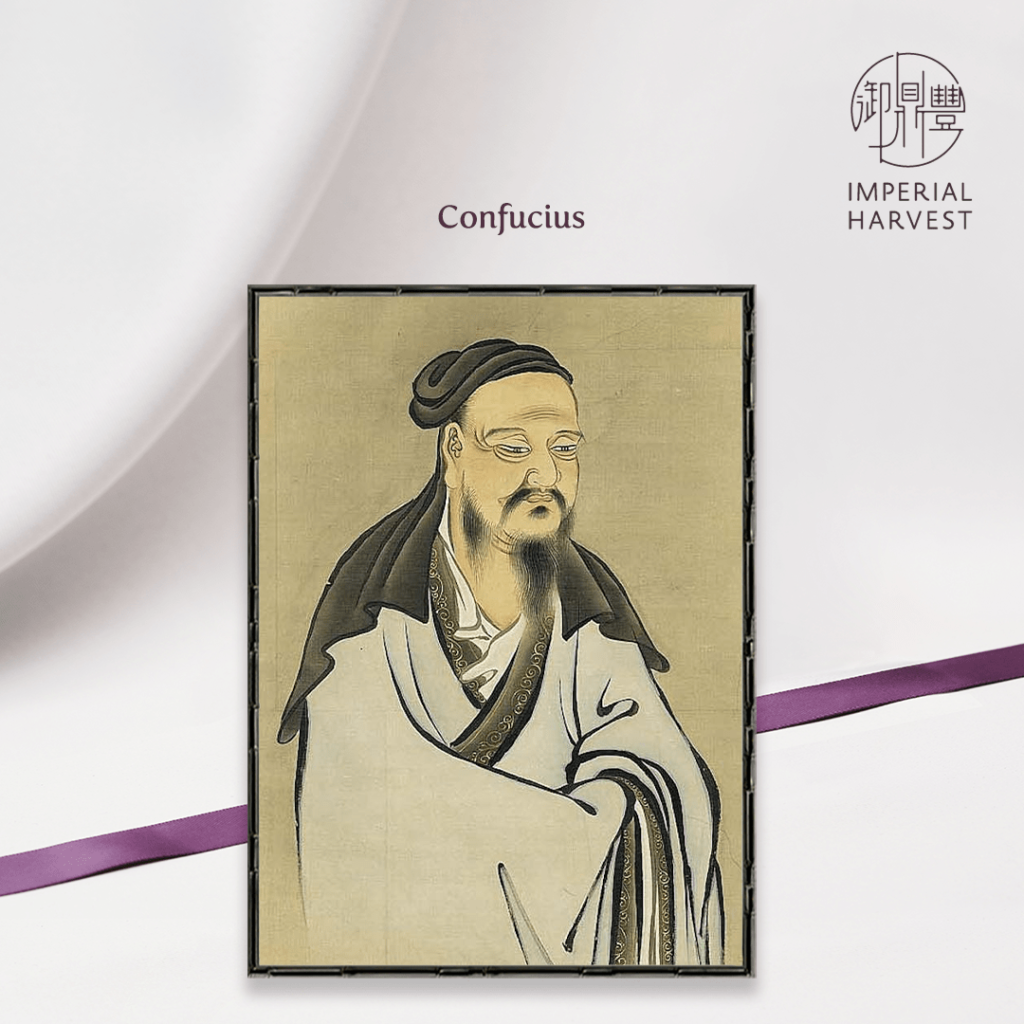 By the Han Dynasty (202 BCE to 220 CE), Confucius was already established as an authoritative figure in different cultural circles. Early commentaries showed that studying texts associated with Confucius with regard to history, rituals and proper behaviour was essential to the ruling elite.

The association of Confucius with many foundational concepts and cultural practices across East Asia have cast him as a symbol of Eastern tradition in Early Modern Europe — establishing Confucius as perhaps the most significant thinker in East Asian history.

Today, Confucius’ teachings and Confucian values remain greatly influential in society, particularly amongst schooling individuals and those who seek to improve themselves.

The embracing of Confucianism and its values has proved to be an inspired one. As the foundation that underpinned the decisions made regarding war, trade and governance, Confucianism had become a ubiquitous part of everyday Chinese life.

Aided by an enlightened approach to governance, the ruling classes of ancient China were inspired to make astute everyday decisions, on which their empires’ success depended. These principles played no small role in the success of what is now acknowledged as one of the greatest golden ages in Chinese history.

Guided by these philosophies that spurred the growth of multiple Chinese dynasties, Confucianism has spurred the growth and development of Chinese empires by leaps and bounds. Throughout the golden age of the Qing Dynasty, the empire flourished not only in its prosperous trade relations, but also in the social and cultural fabric of the empire — with Confucianism leading them to an age of unprecedented growth and wealth.

Confucius’ influence and teachings of the Sangang Wuchang (三纲五常) — literally translated to the Three Fundamental Bonds and Five Constant Virtues — is a cherished hallmark in many East Asian societies, becoming a way of life for many.

These Confucian principles applied to even the highest levels of Chinese society, reaching the ruling elite and guiding their behaviour and traditions. The Sangang Wuchang refer not only to the fundamental social bonds in society but also to the virtues vital for society to flourish.

The Five Constant Virtues refer to the qualities of benevolence, righteousness, propriety, wisdom, and trustworthiness. These virtues are believed to embody qi, the vital cosmic energies that manifest in all living beings — the same energies that Feng Shui aims to balance and leverage. Ultimately, these principles influenced all aspects of Chinese culture, shaping the development of Feng Shui as we know it today.

Of these five values, wisdom is a key principle symbolised by Confucius — endowing knowledge and intellect that allows for an intuitive understanding of situations and decisions. In Imperial Feng Shui, empowered with such wisdom and intellect, individuals possess the ability to discern nuanced information, along with the strategic acumen necessary to seize first-mover advantages and excel in their academic and career endeavours.

As one of ancient China’s most influential and prolific scholars, Confucius stands as a pillar of scholarly luck. His influence brings individuals the focus to excel in their academic and scholarly pursuits, as well as in developing their fullest potential. The Confucian virtue of wisdom encompasses an intuitive understanding of arising opportunities, as well as the wisdom to discern and make appropriate decisions. 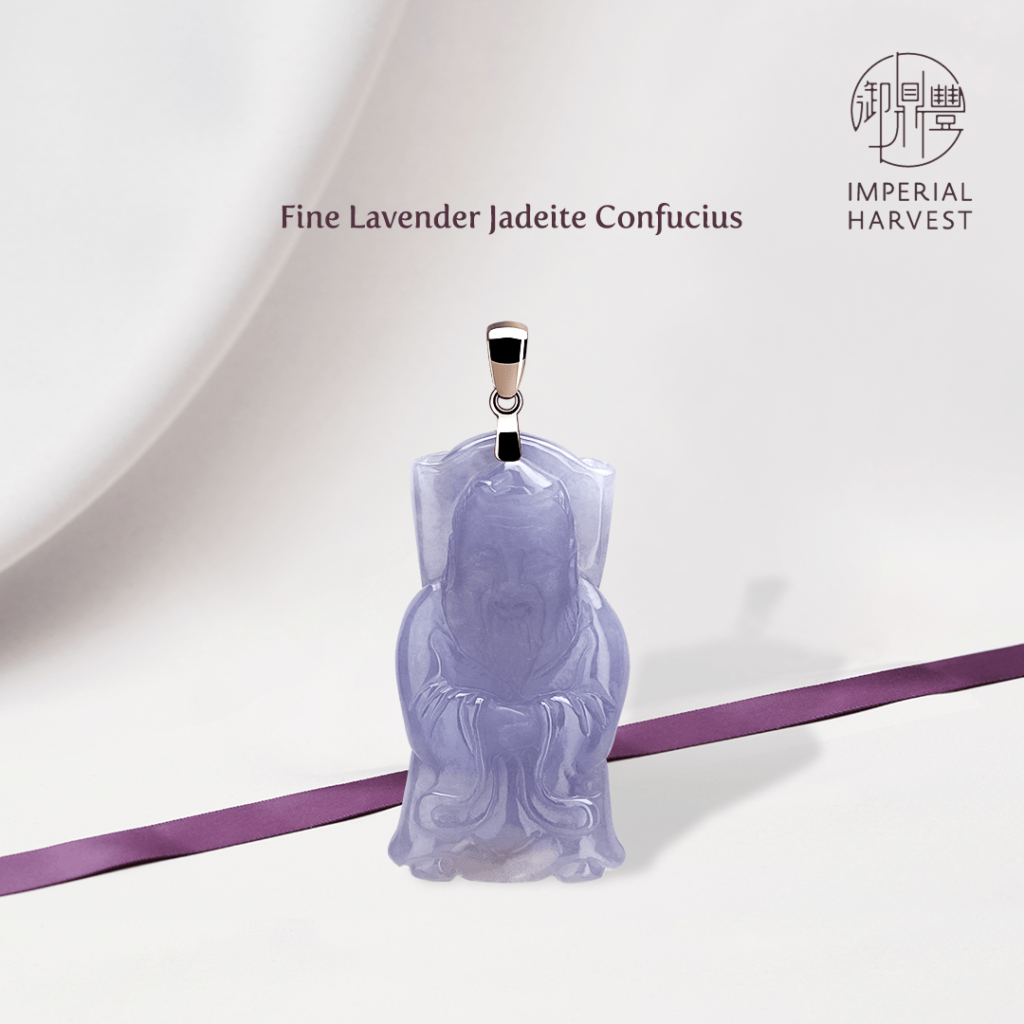 Inspiring massive breakthroughs and greater intellectual capacity, the Imperial Harvest Fine Jadeite Confucius ushers in incremental jumps in academic or career performance, further enhanced by a growing affinity with benefactors — making this an ideal treasure sought after by families with students, or individuals with an insatiable thirst for knowledge and self-improvement. 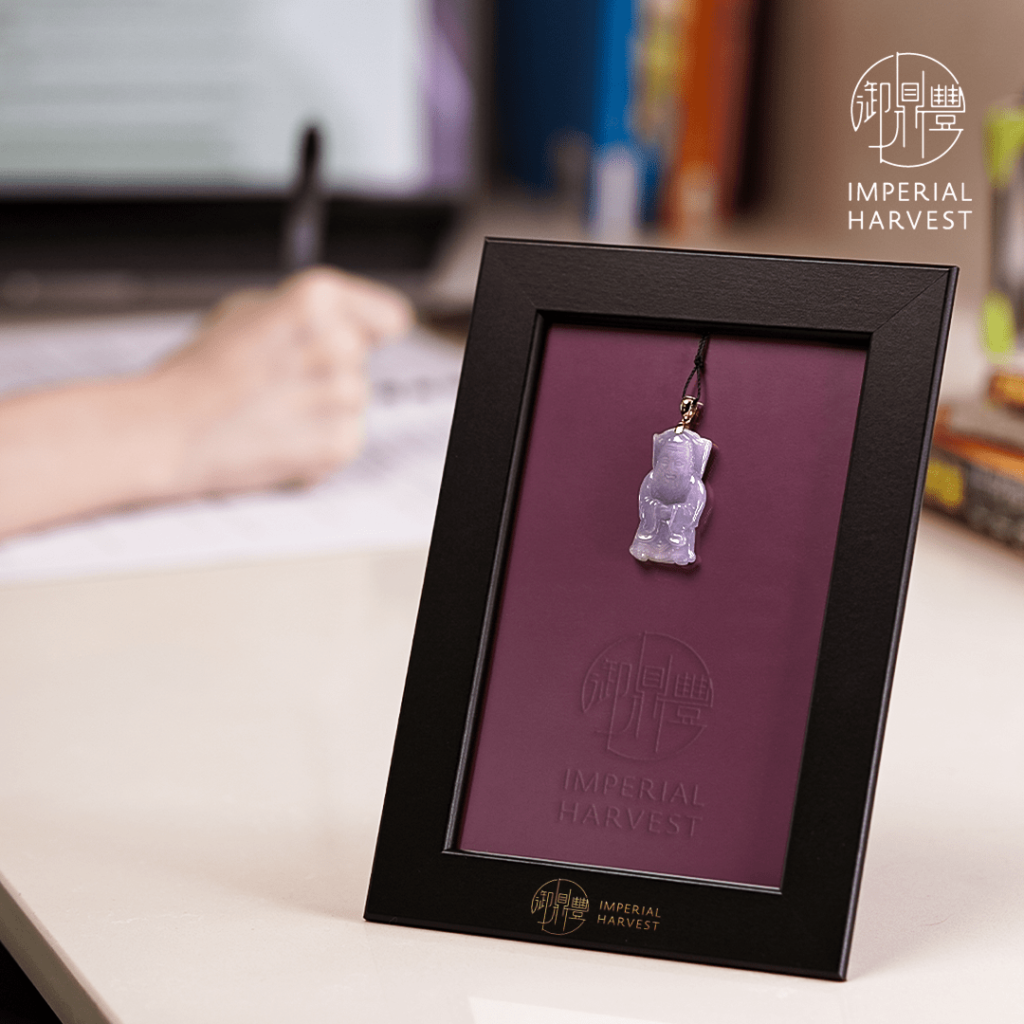 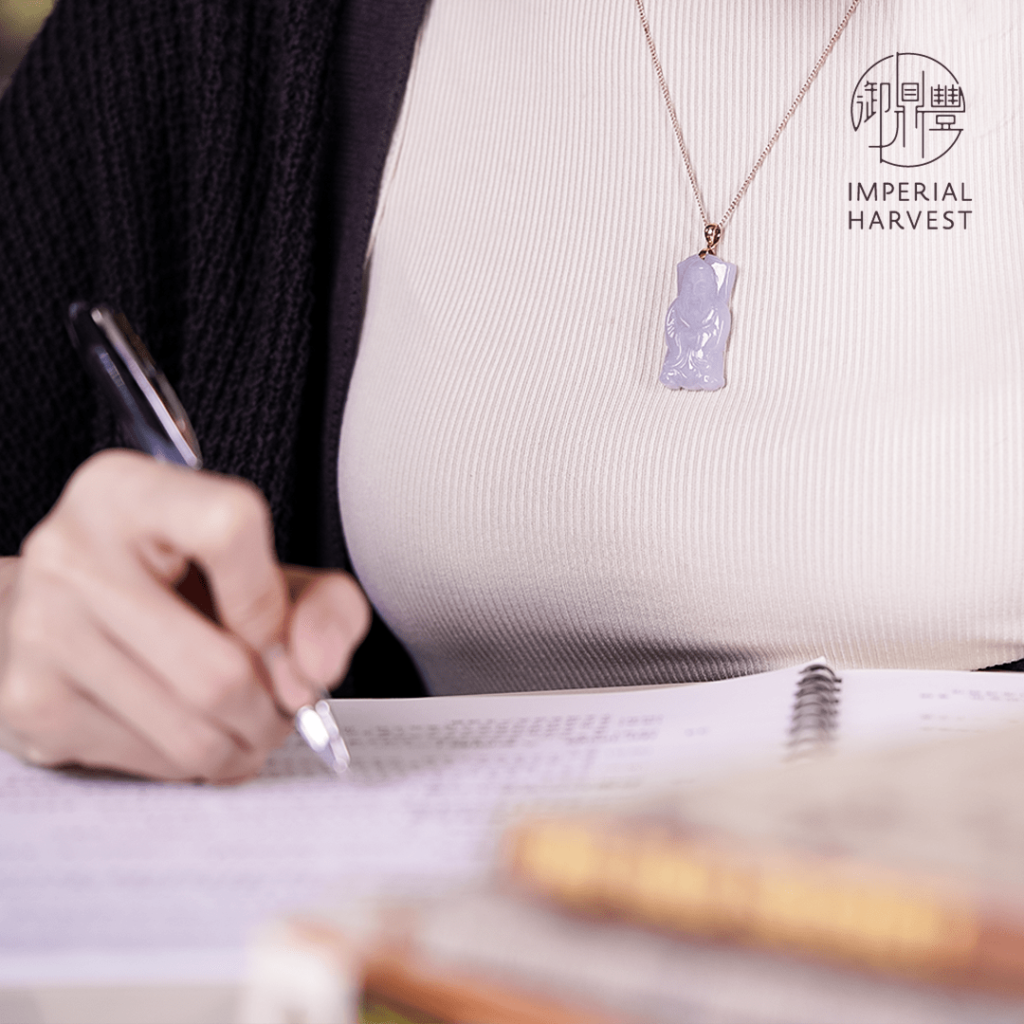 A key component in the suite of earthly treasures at Imperial Harvest, jadeite enhances an individual’s luck and unleashes their unlimited potential. Our unwavering adherence hearkens to the groundbreaking studies undertaken by the Qing Dynasty Imperial Feng Shui masters.

Fashioned by hand from raw jadeite, Imperial Harvest’s unrivalled jadeite artisans shape each Imperial Harvest Fine Jadeite Confucius, amplifying its intrinsic allure and luminescence. Armed with a multi-generational lineage of gemstone artistry, our artisans apply time-honoured tools and techniques to unleash the full potential of each treasure — imbuing each treasure with the intellectual prowess of its namesake. 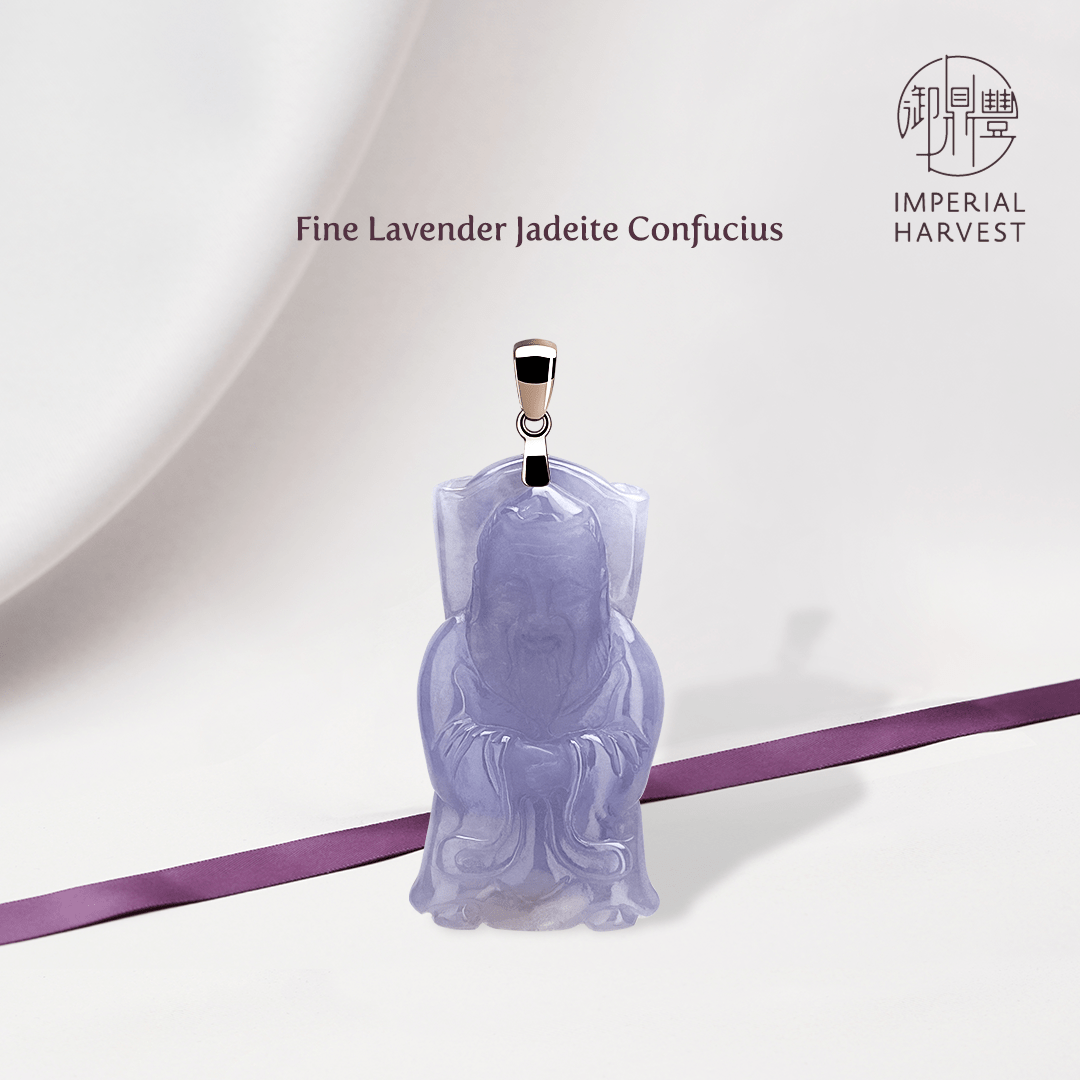 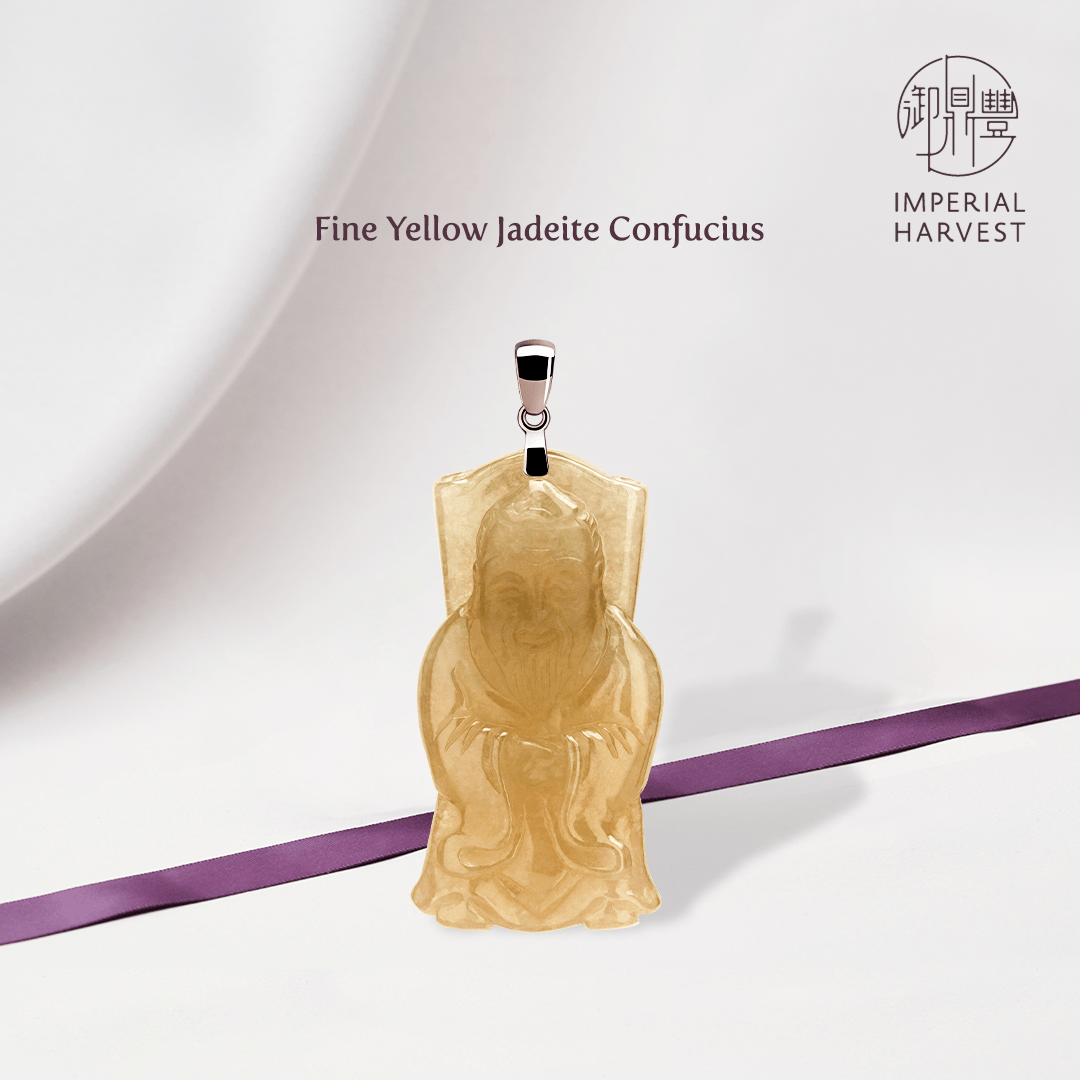 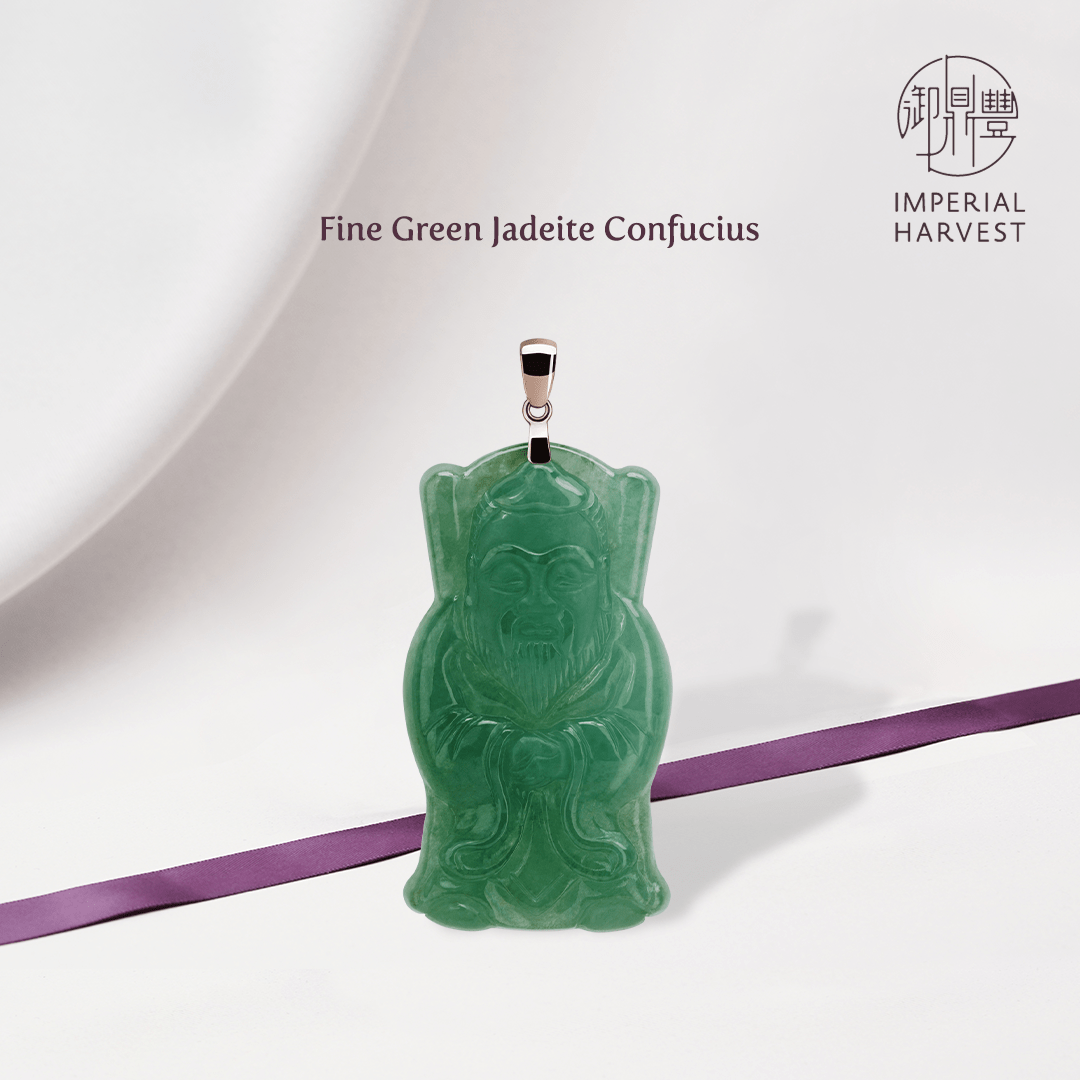 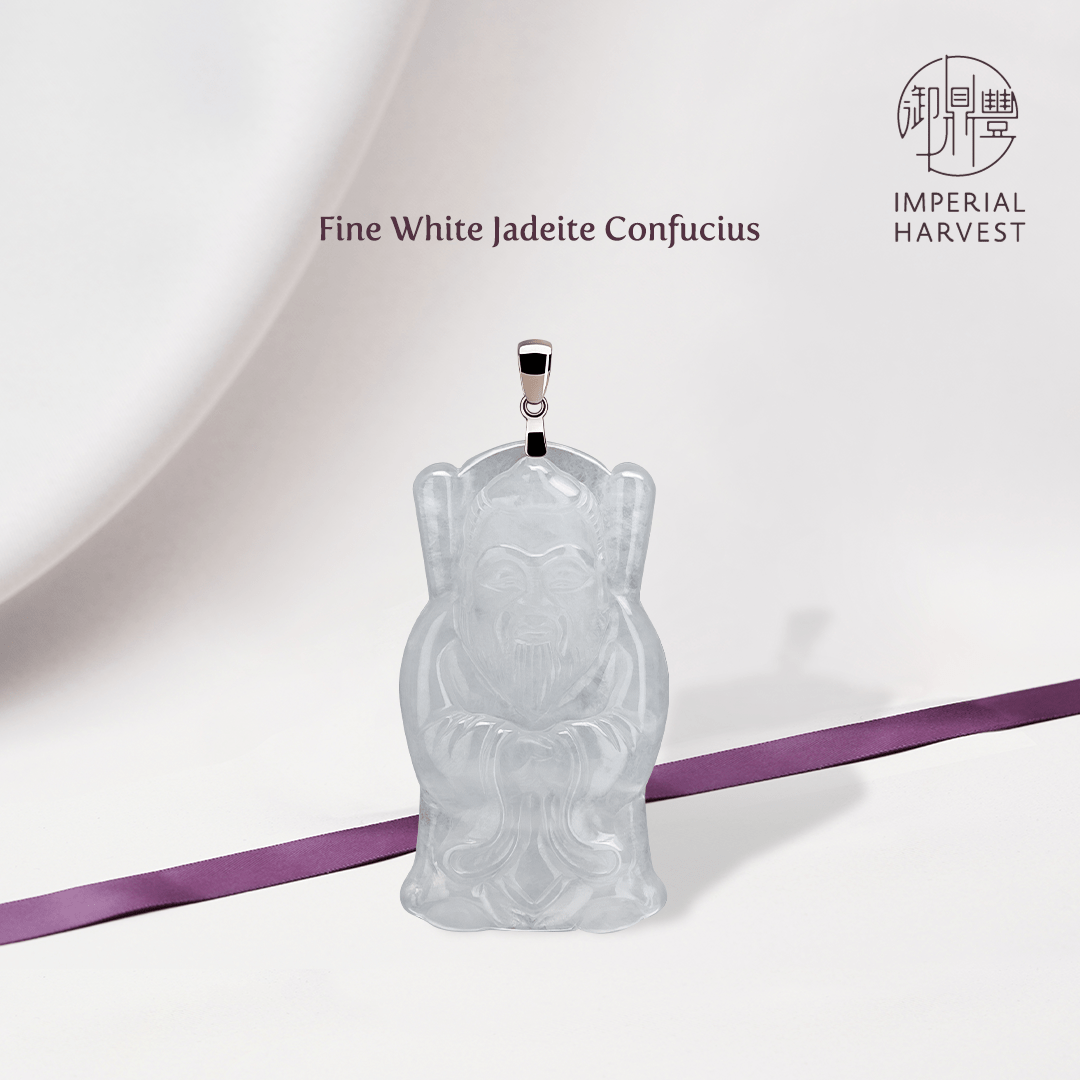 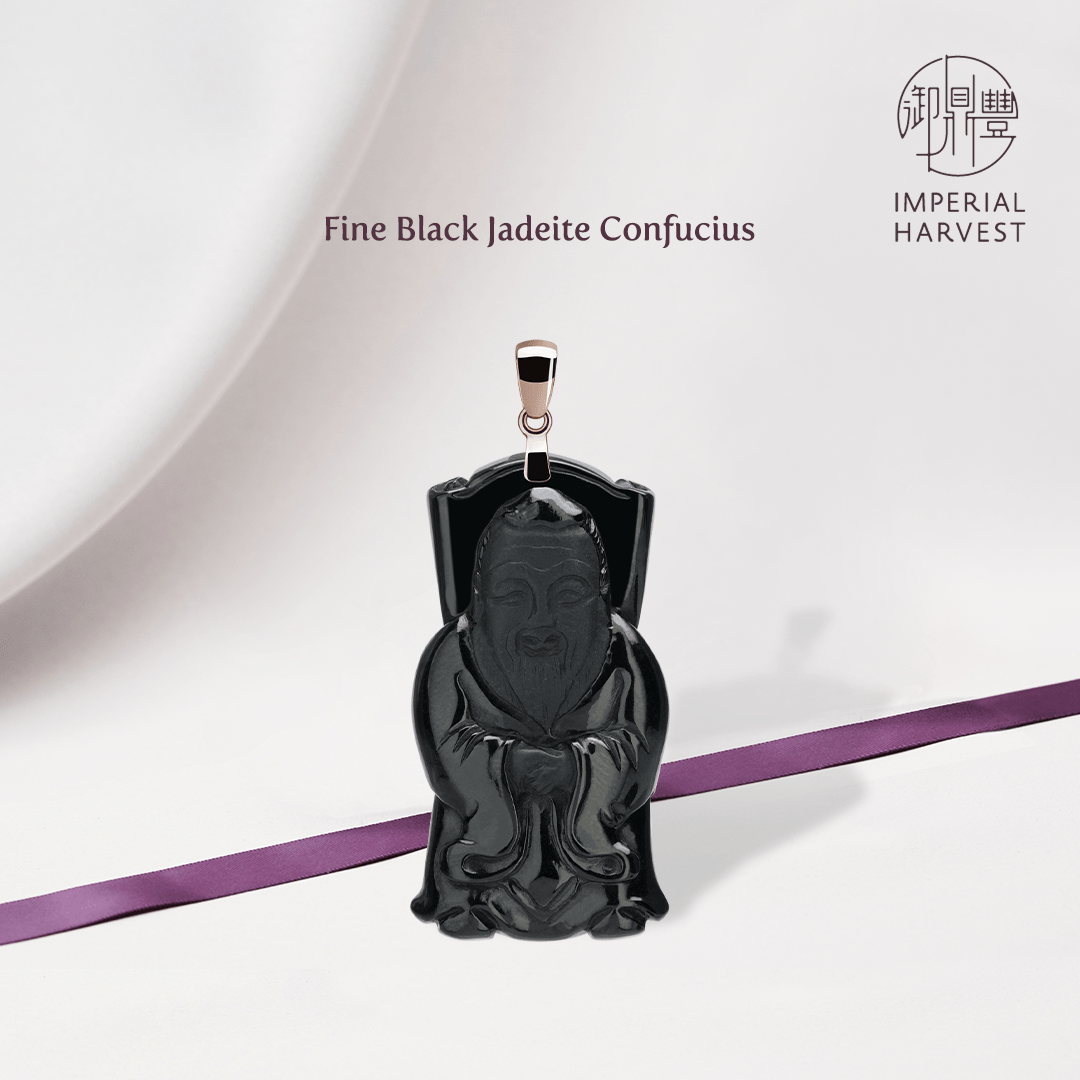