In our case study last week, we explained how Master David accurately predicted the living conditions of a family of 4 by using the principles of San Yuan Xuan Kong Flying Star. Today, we will be revealing the Imperial Feng Shui solutions Master David has implemented to help this family successfully achieve breakthroughs in their career, business, academics and relationships.

As this is a real-life case study, the identities of the clients have been kept confidential. The clients consulted Master David in March 2018. Seeing the severity of the issue, Master David was quick to provide several Imperial Feng Shui solutions that were tailored to fit their needs. Even though it’s only been a few months since the changes were implemented, the family has reported massive improvements in their lives. 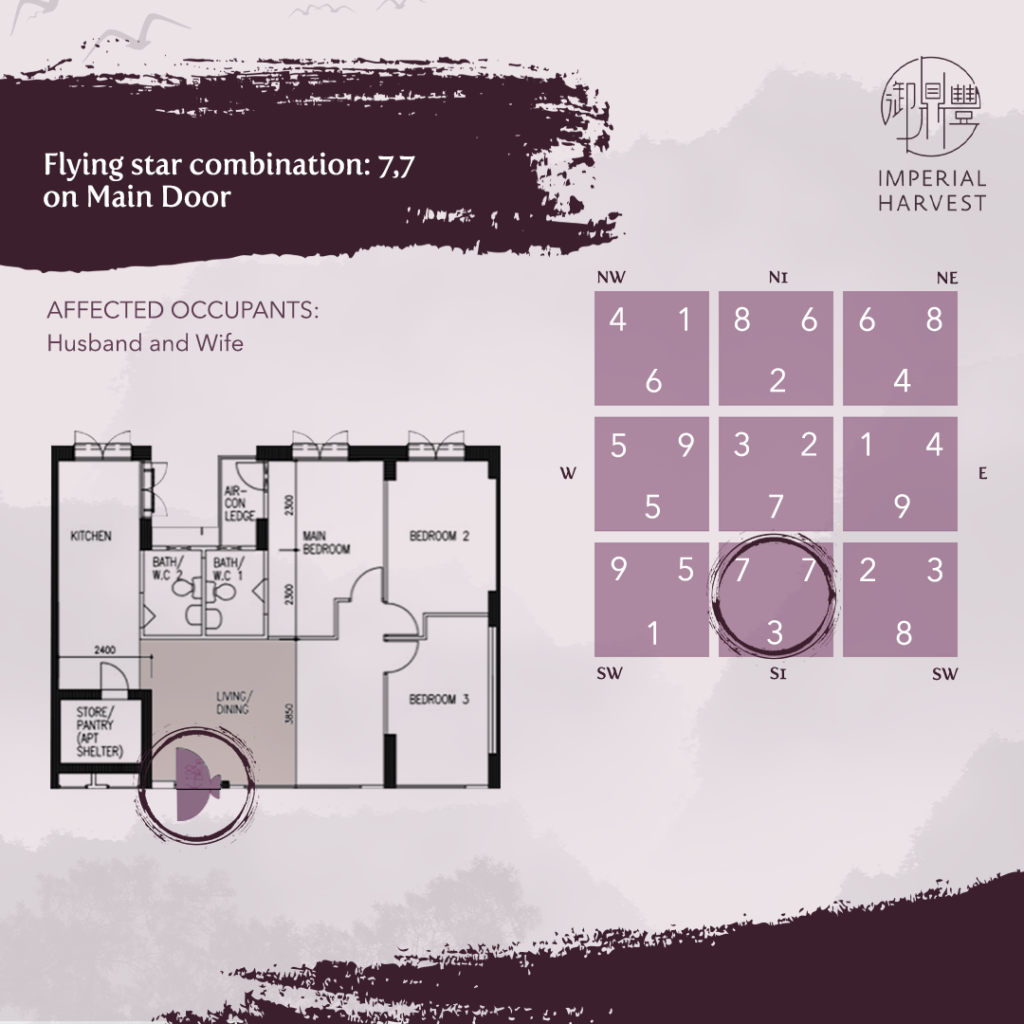 The turbulent relationship between the husband and wife was partly caused by their constant arguments about family finances.

Root Cause: Main Door has a negative flying star combination of mountain star 7 and water star 7. The clash of two metal elemental stars results in disharmony and conflicts.

Imperial Feng Shui Solution: The main door is one of the most important sectors to consider when it comes to achieving millionaire home Feng Shui formation.  To remedy this inauspicious sector, Master David installed the Imperial White Ink Stone (National Treasure Panda Series) near the main door at an auspicious time and date using the Imperial date selection method. 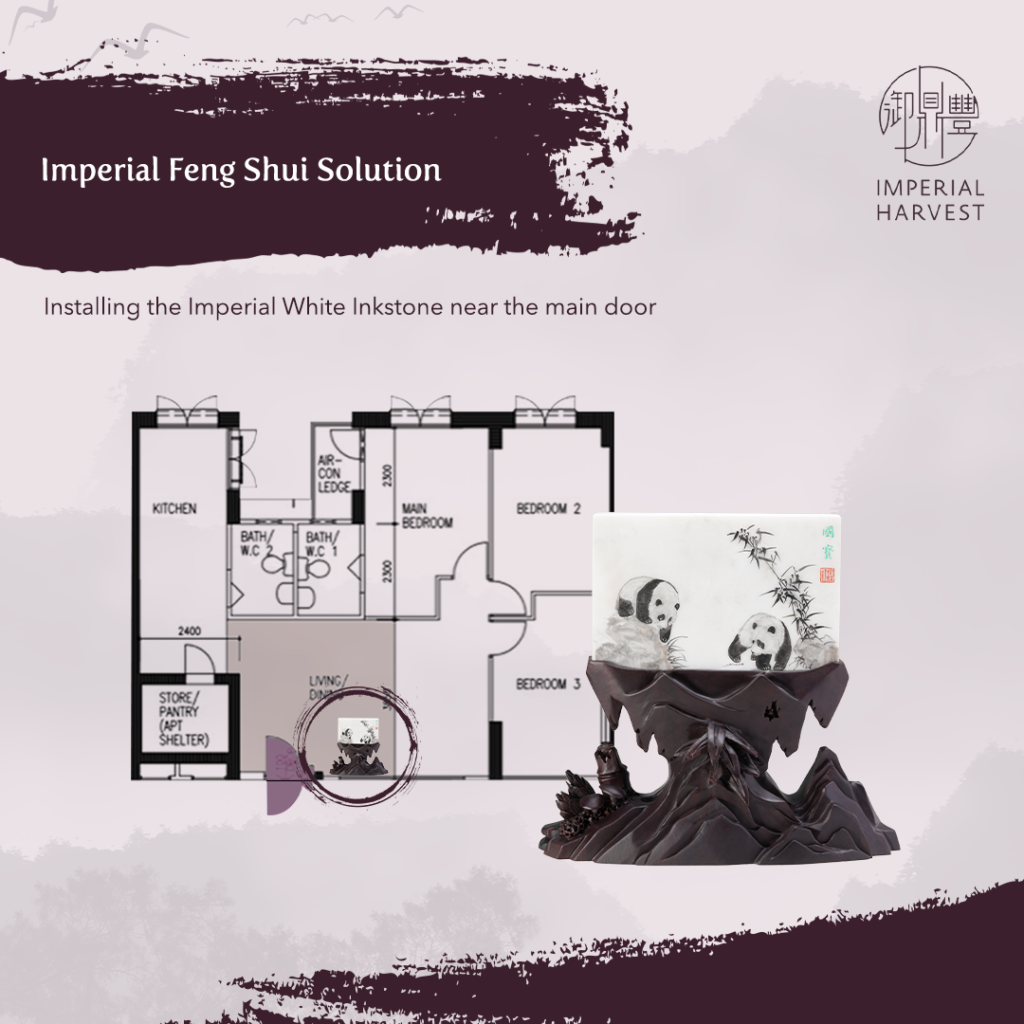 The Imperial White Ink Stone is one of the most powerful Imperial Feng Shui secrets used by Emperors in ancient China to empower them with important benefactors, power and authority. It has the impressive ability of 一白遮三丑, 一旺挡三煞, meaning that it can promote the auspicious energy of one sector while countering three inauspicious sectors. 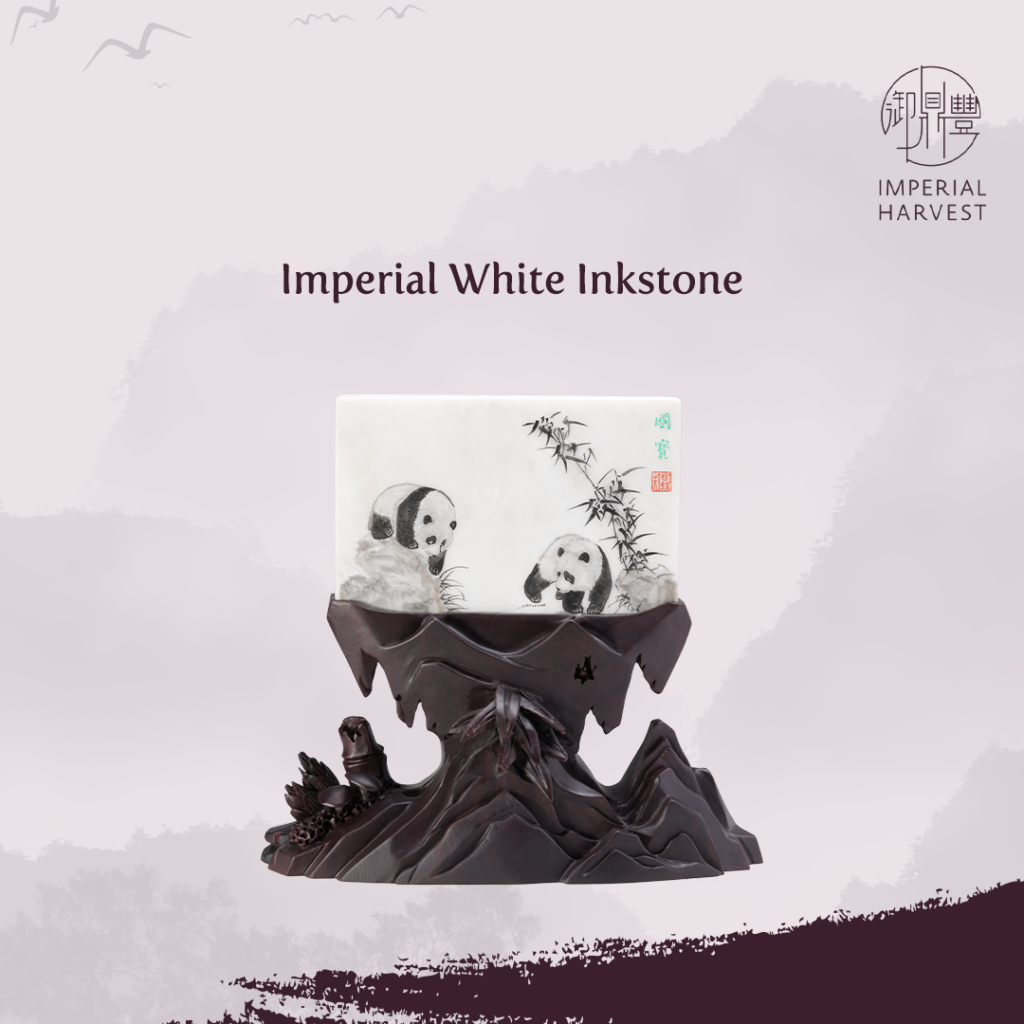 This particular design empowers one with wealth and prosperity, while the bamboo grove symbolises consistent growth and progression.

Breakthrough results: The husband, who is a business owner, started to see improvement in his sales. He’s closing bigger deals than before, and has clients calling him out of the blue to enquire about the services his company provides – something he has never experienced before meeting Master David. As their family finances improved, there were fewer arguments too. For the first time in years, the married couple could finally hold a conversation without it turning into an argument. 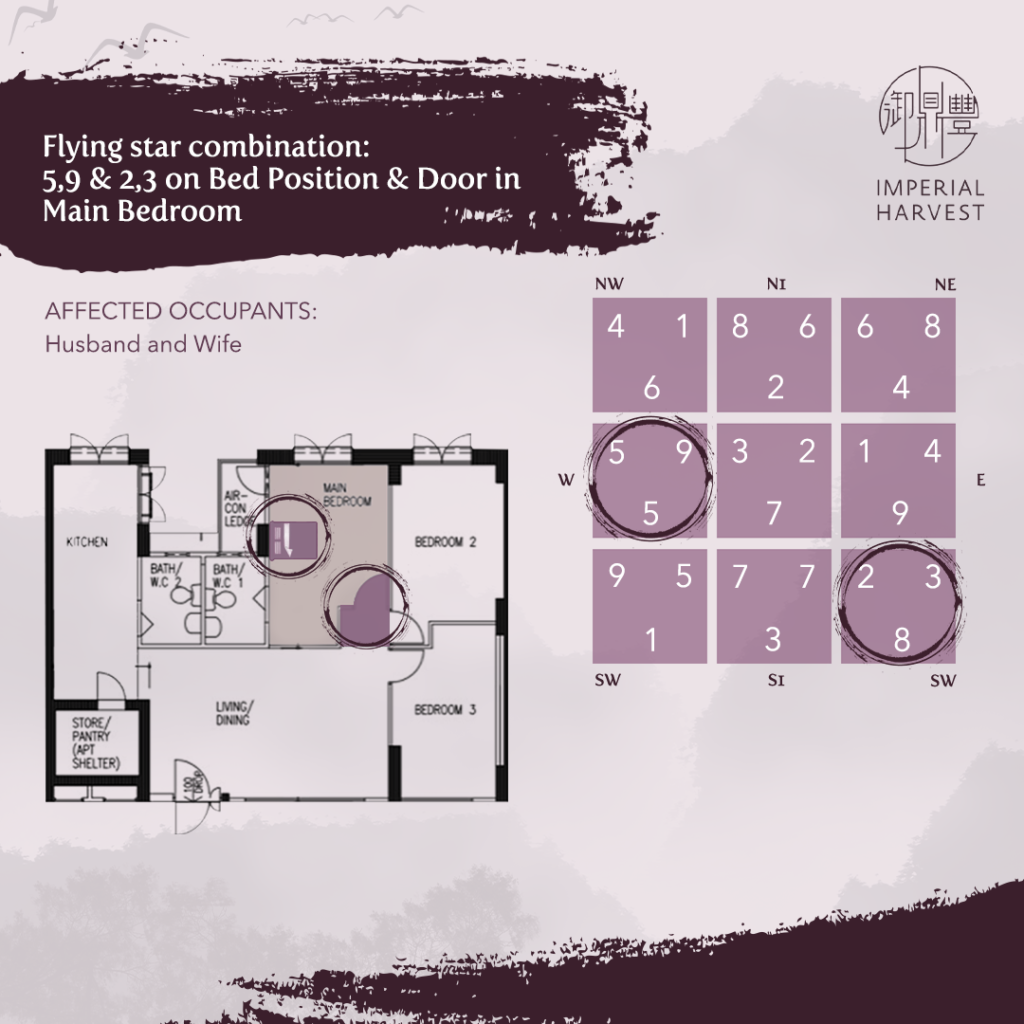 The couple residing in the bedroom had been experiencing cash flow issues due to difficulties in collecting outstanding payments. 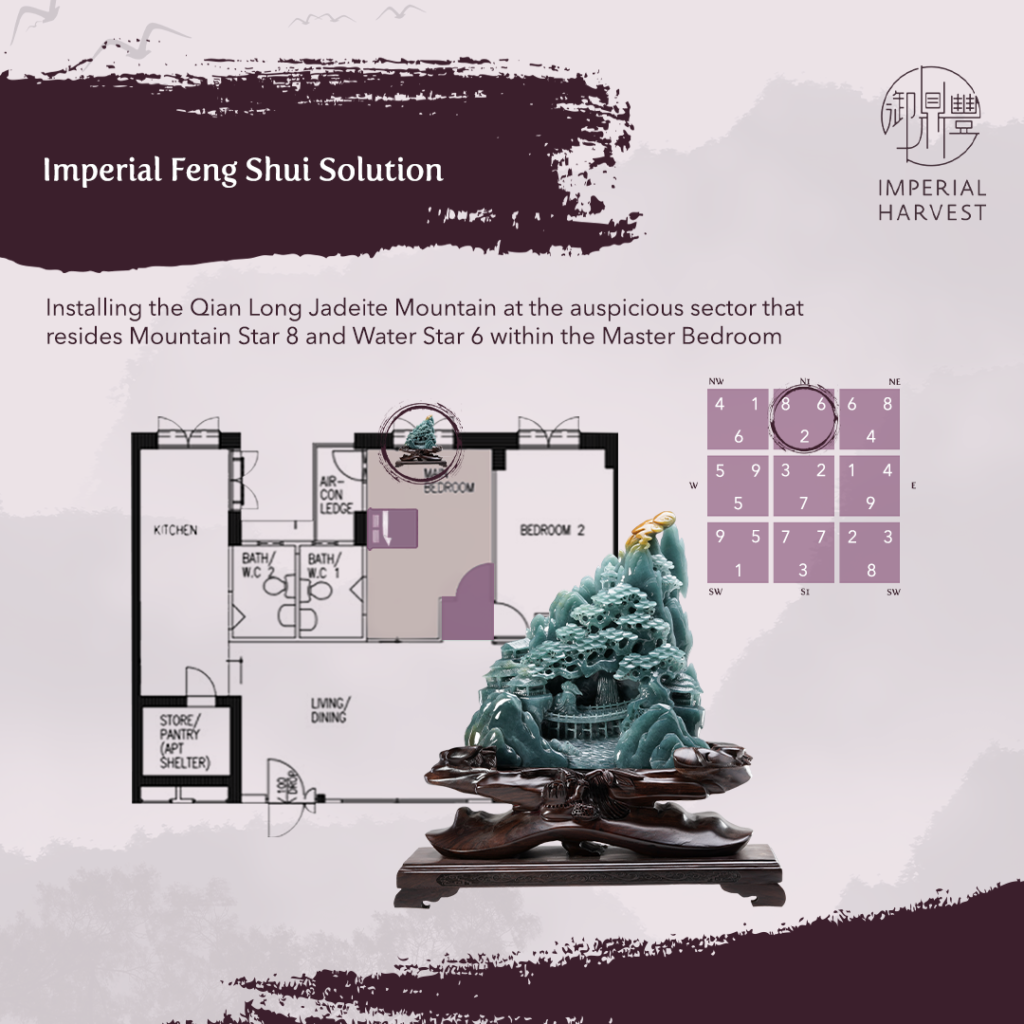 Breakthrough results: As mentioned in our case study, the inauspicious flying star combination of the main bedroom door had caused the husband to face difficulty collecting outstanding payments in his business. However, this issue started to dissipate after heeding Master David’s advice to place the Qian Long Jadeite Metal mountain in the main bedroom.

The metal mountain is one of the most powerful wealth creation features that can bring a tremendous amount of wealth and benefactor support, making it suitable for business owners. 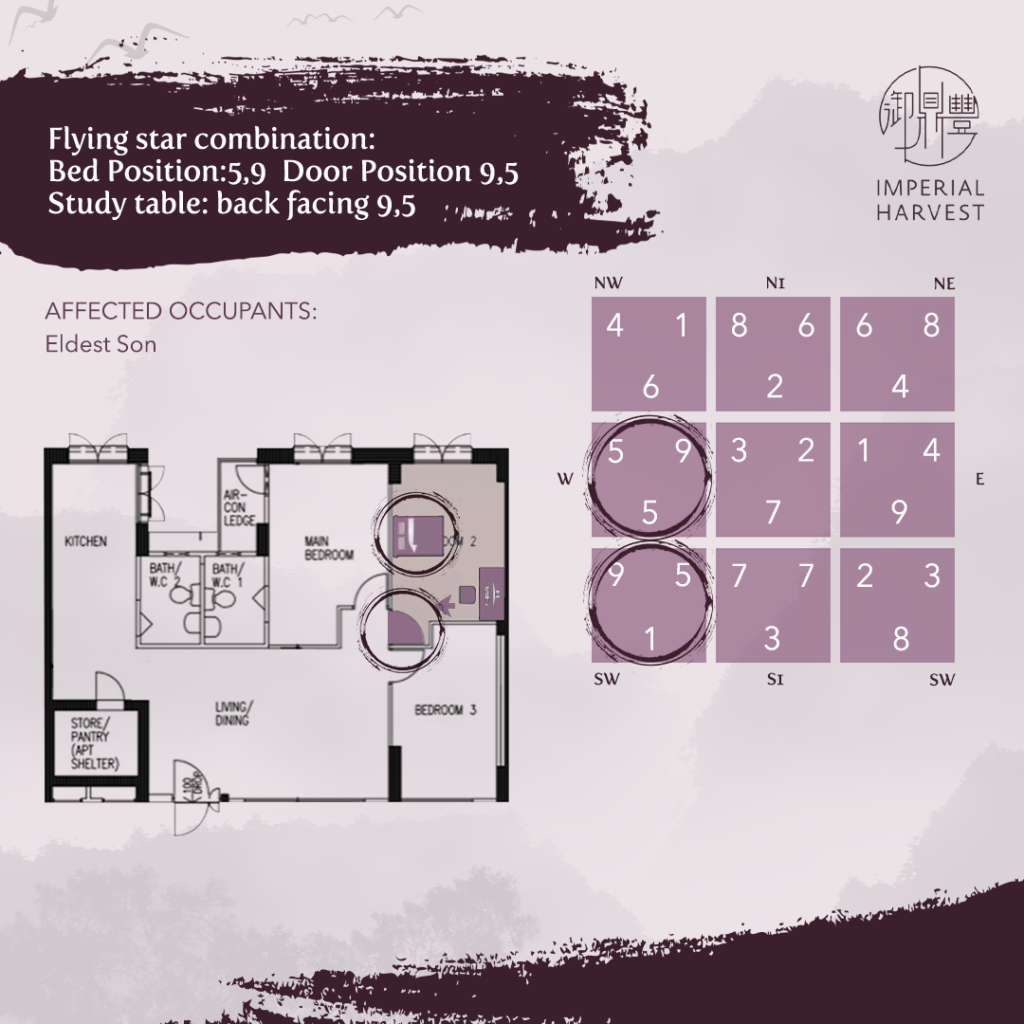 The eldest son was having a hard time coping with his studies, and had been failing almost every subject. In addition, he was perpetually upset due to a lack of friends. 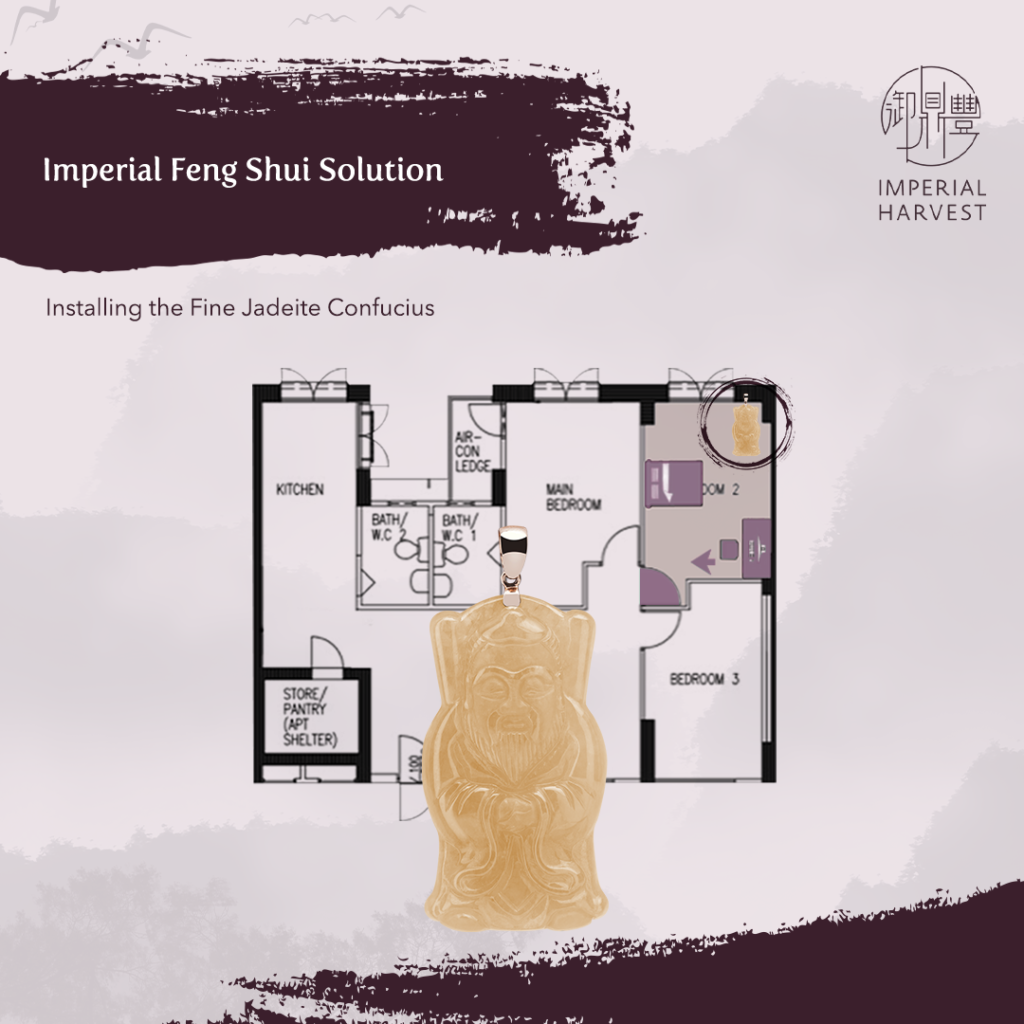 Breakthrough Results: 6 months later, he saw an incremental jump in his class position from 30 odd to top 10. In addition to his academic achievement, he also saw an improvement in his affinity with benefactors. During his review with Master David, the eldest son remarked that he’s getting along better with his peers. 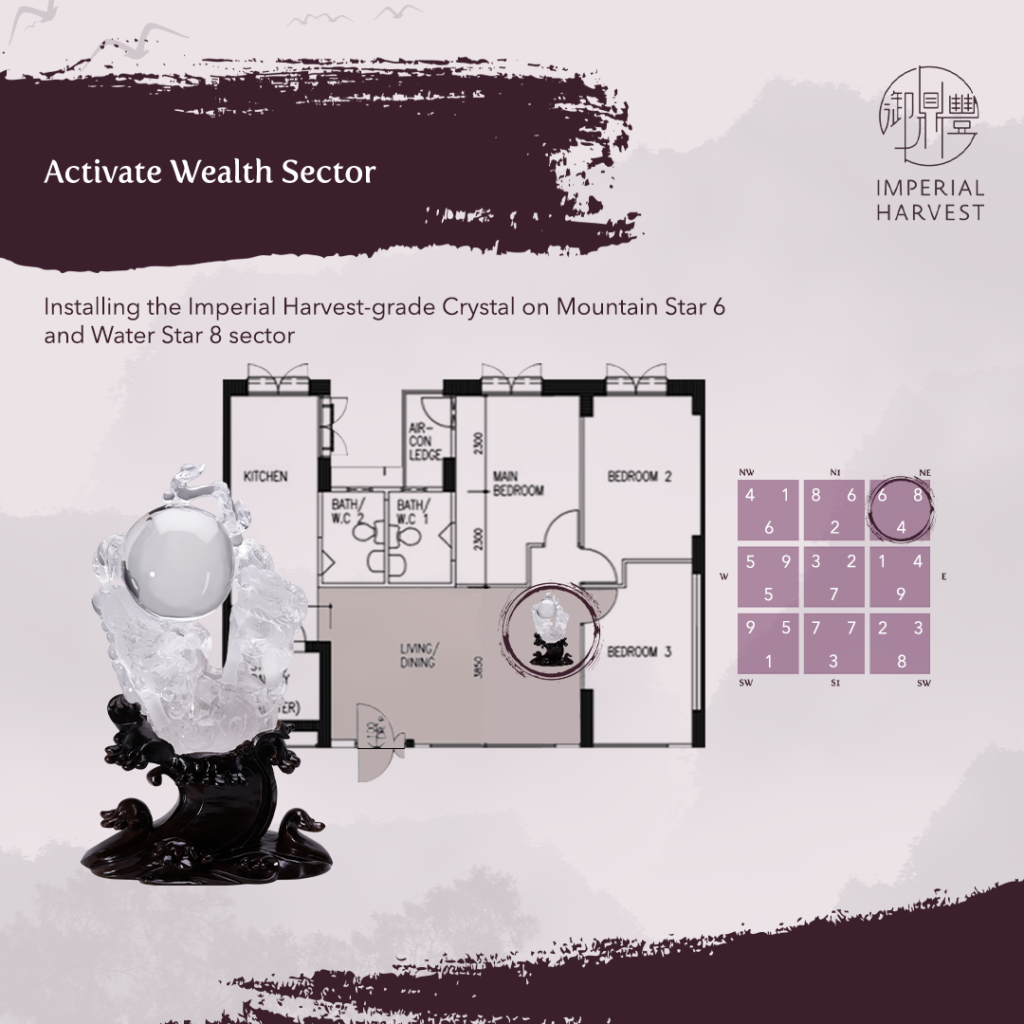 The most auspicious water star 8 is paired with the powerful mountain star 6; hence, this particular sector produces and gathers the strongest wealth energy.

Star 8 is of the earth element, while Star 6 is of the metal element. The self-productive cycle means an endless production of wealth and prosperity. To amplify and activate this sector, Master David applies the Imperial Harvest Clear Quartz Crystal to activate business and wealth breakthroughs.

Phenomenal results: In a short span of time, the husband won an SGD$100k lottery and secured an SGD$900k business contract. The wife was also offered a promotion within 6 months.

The secondary wealth sector sits on the flying star combination of mountain star 8 and water star 6. 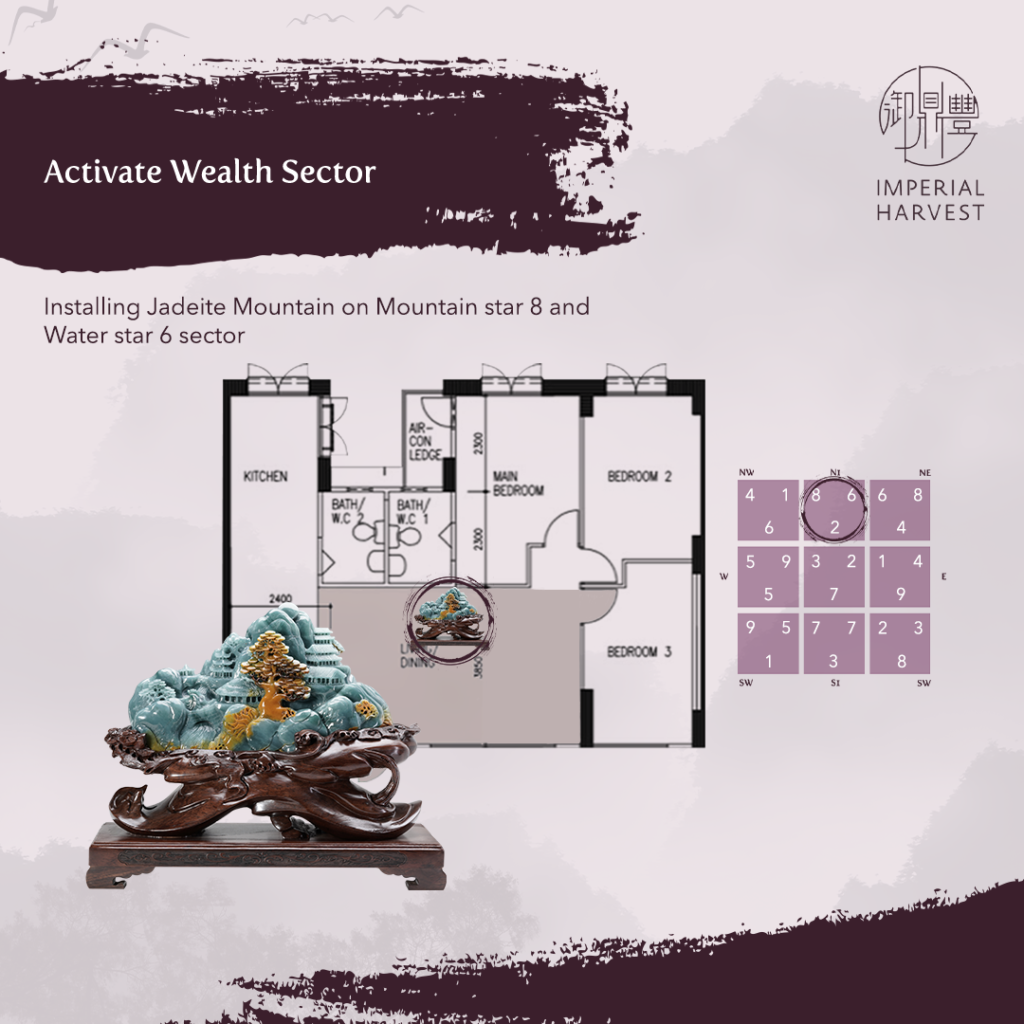 Phenomenal results: In the month of February 2019, the husband embarked on trading and has since achieved 300% growth in his investment portfolio.