Mangzhong’s significance in numerous agricultural communities across Chinese dynastic history stemmed from its association with seed sowing. For the many farmers whose very livelihoods depended heavily on the flourishing of their crops, the abundant rainfall and optimal warm temperatures that accompanied Mangzhong were a godsend. Over time, Chinese farmers came to take advantage of the weather conditions that arose during this period and planted a variety of crops in preparation for future harvest, making Mangzhong their busiest period. 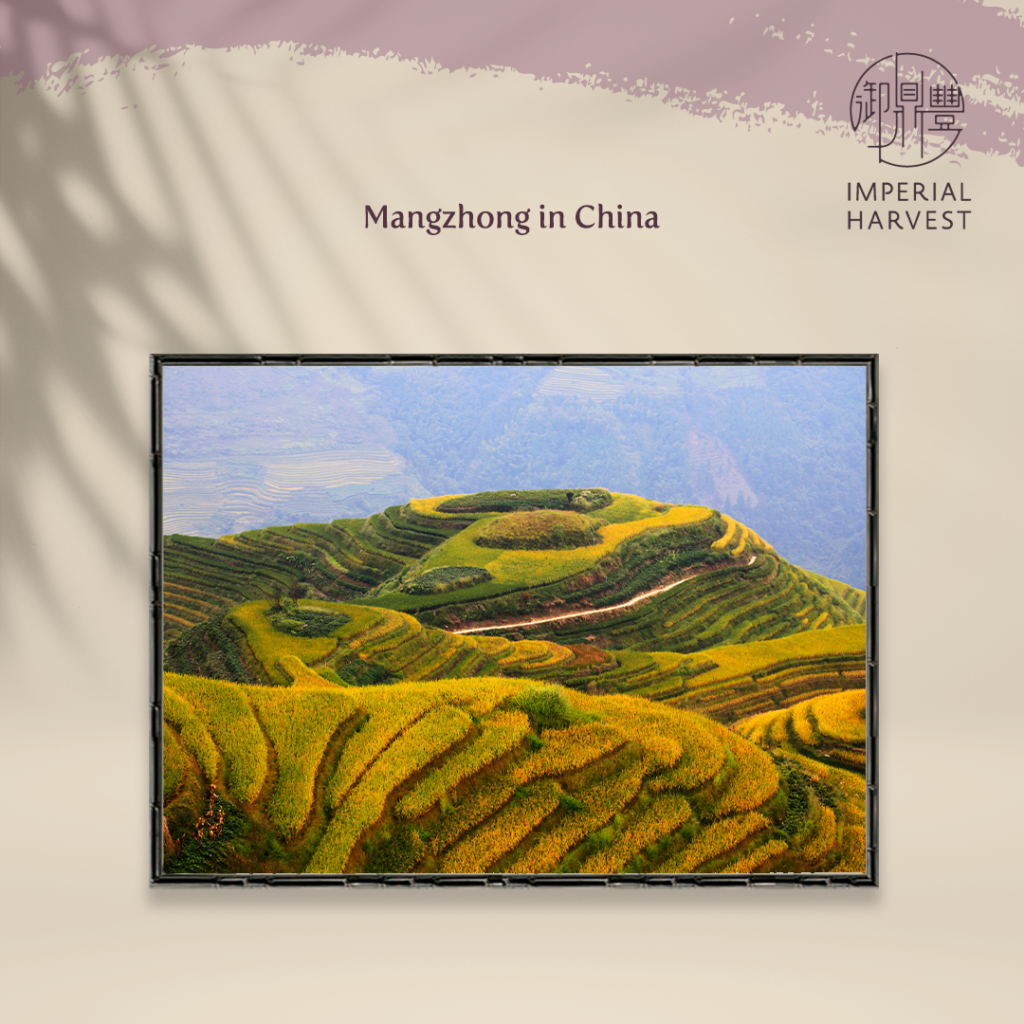 Among these agricultural communities, Mangzhong saw farmers tirelessly working their lands, carefully planting seed after seed in an endeavour of hopeful optimism for the blessed harvests due to arrive later in the year. Symbolically, the farmers’ striving for future rewards reflects the steps that an individual may take towards the achievement of broader success.

In the context of Imperial Feng Shui, Mangzhong came to symbolise a term of immense growth, and anticipation for new beginnings. The arrival of this auspicious solar term marks a crucial time of year to sow seeds of prosperity in preparation for our own future successes. 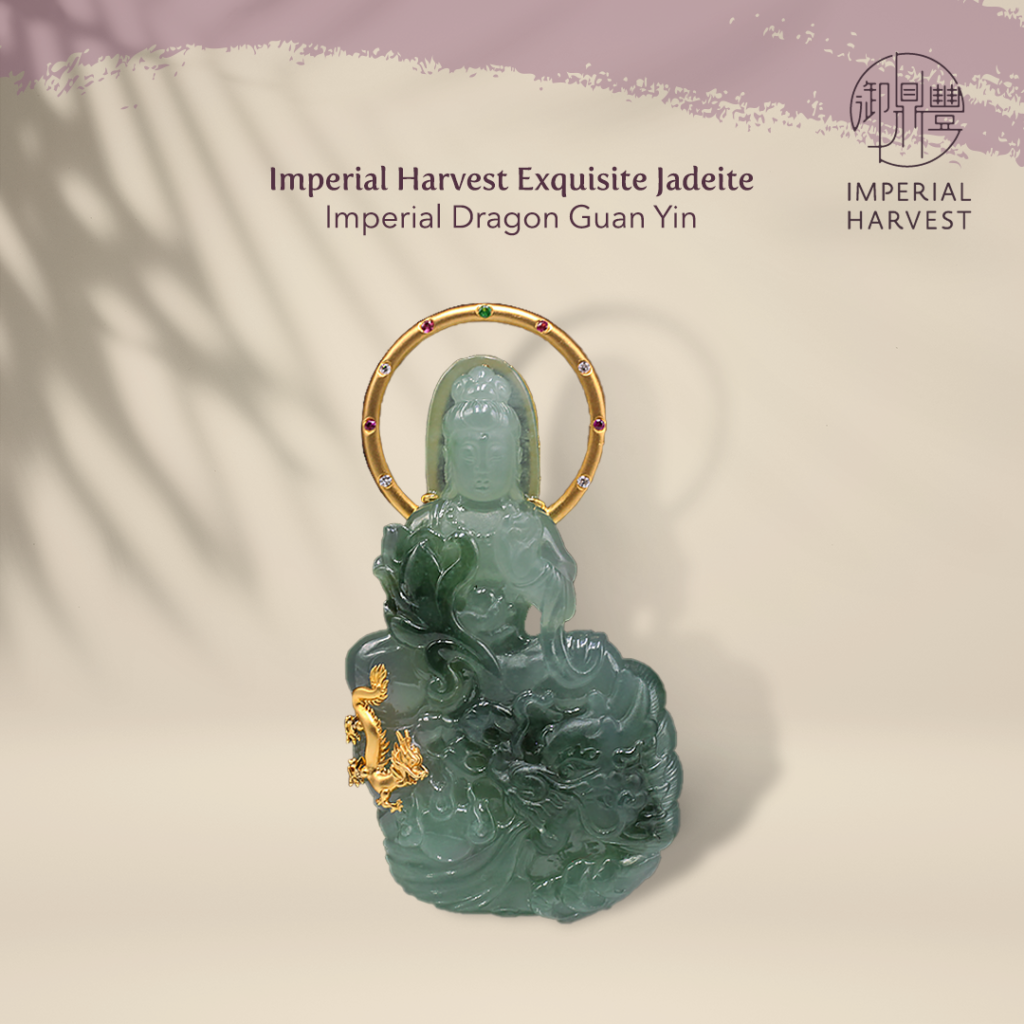 Mangzhong marks a period of preparation for future rewards, with the two key principles underpinning the success of each individual being personal luck and wealth capacity. Consistently experiencing good luck enables us to achieve breakthroughs in our careers, businesses, sales or investment endeavours. Given its influence, good luck is commonly thought to be the foundation for boundless success. 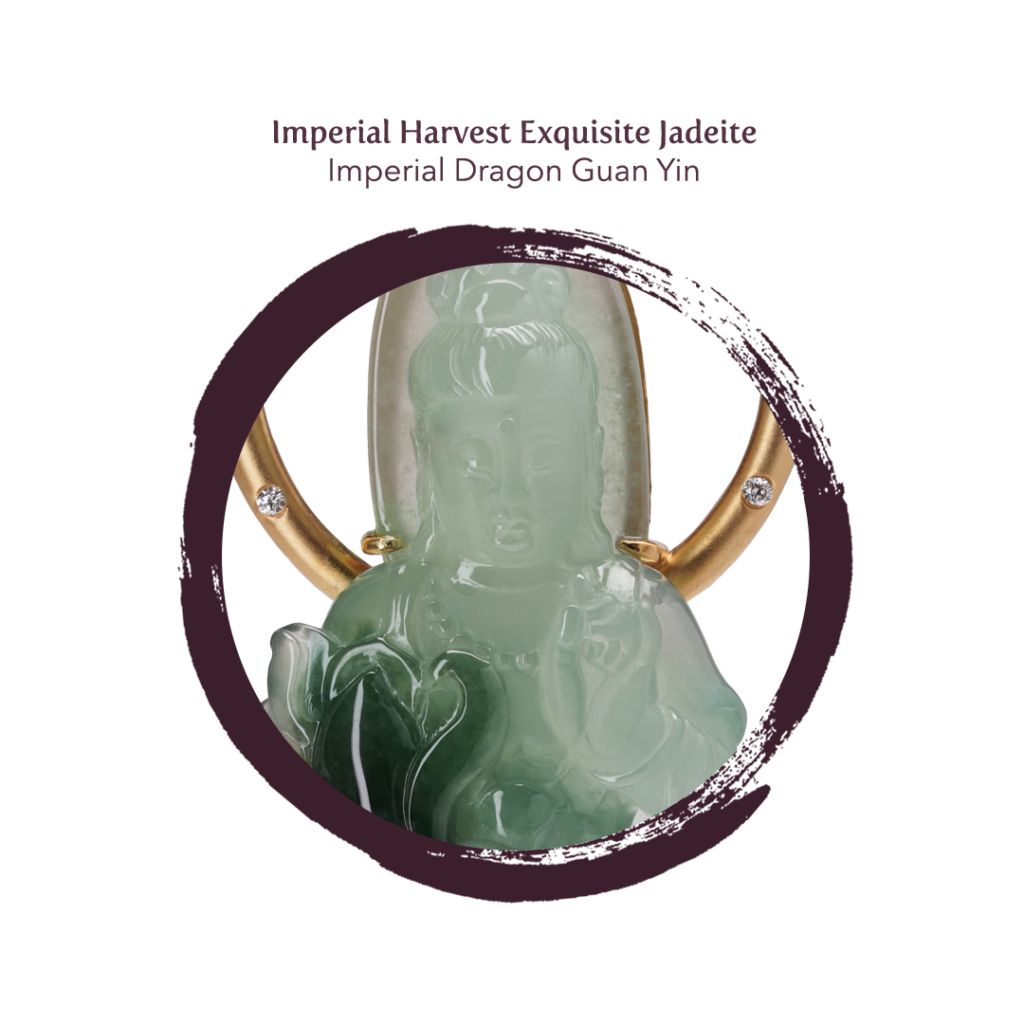 At Imperial Harvest, our collection of Exquisite Jadeite treasures is sourced from reputable Burmese mines through a rigorous and highly selective process. The raw jadeite is hewn from the cores of large jadeite boulders, where their Imperial Feng Shui energies are most condensed and intense.

Imperial Harvest’s gemstone artisans then shape, carve and etch Master David’s original designs into the surface of the exquisite jadeite, boasting a wealth of multi-generational experience and time-honoured technique in this craft. Each Exquisite Jadeite treasure is one-of-a-kind and entirely natural, with no artificial treatments or harsh, man-made chemicals being applied to enhance its already impressive lustrous appearance. 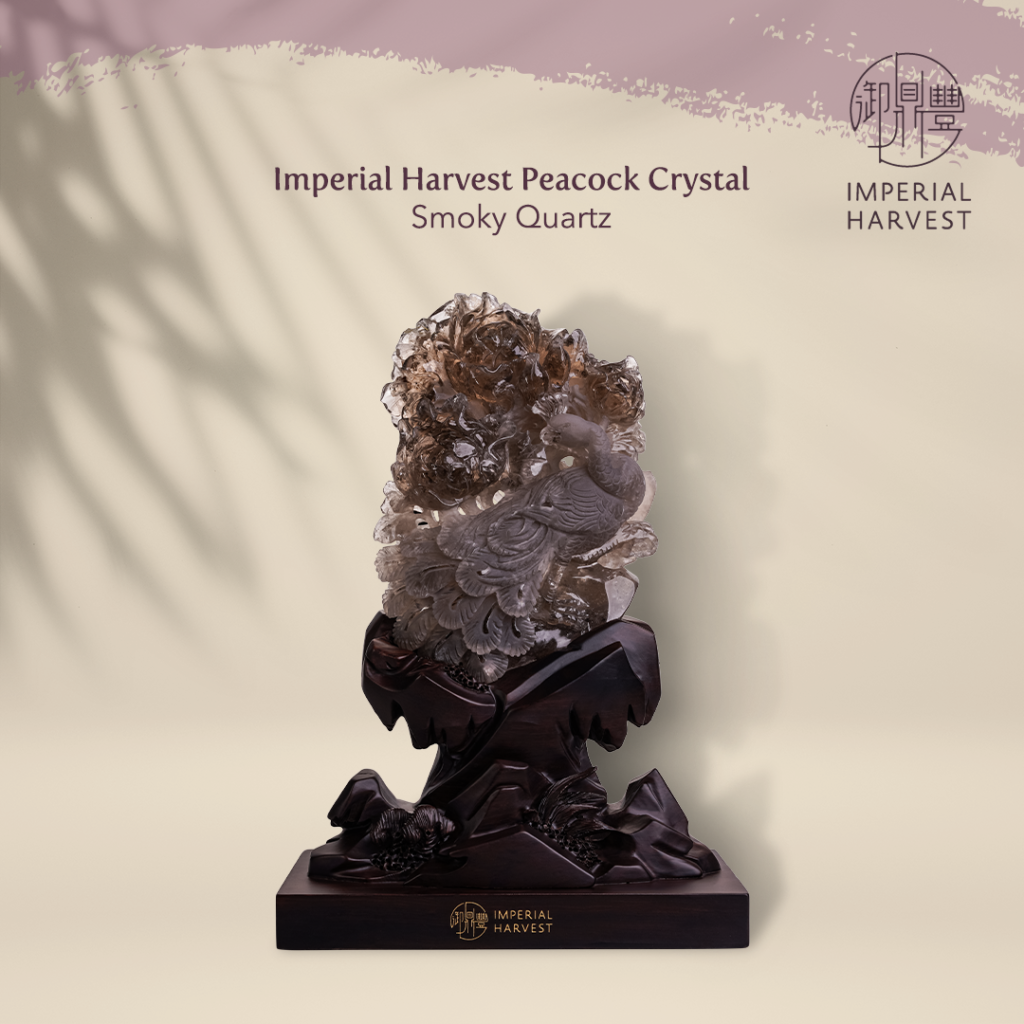 In the study of Imperial Feng Shui, the water star — also known as the wealth star — is present in our living and working environments, playing an important role in governing wealth, ushering in opportunities and strengthening intuition. During Mangzhong, these Imperial Harvest-grade crystals are strategically employed to activate the direct wealth sector, ushering in wealth and prosperity to the home or workplace’s occupants. 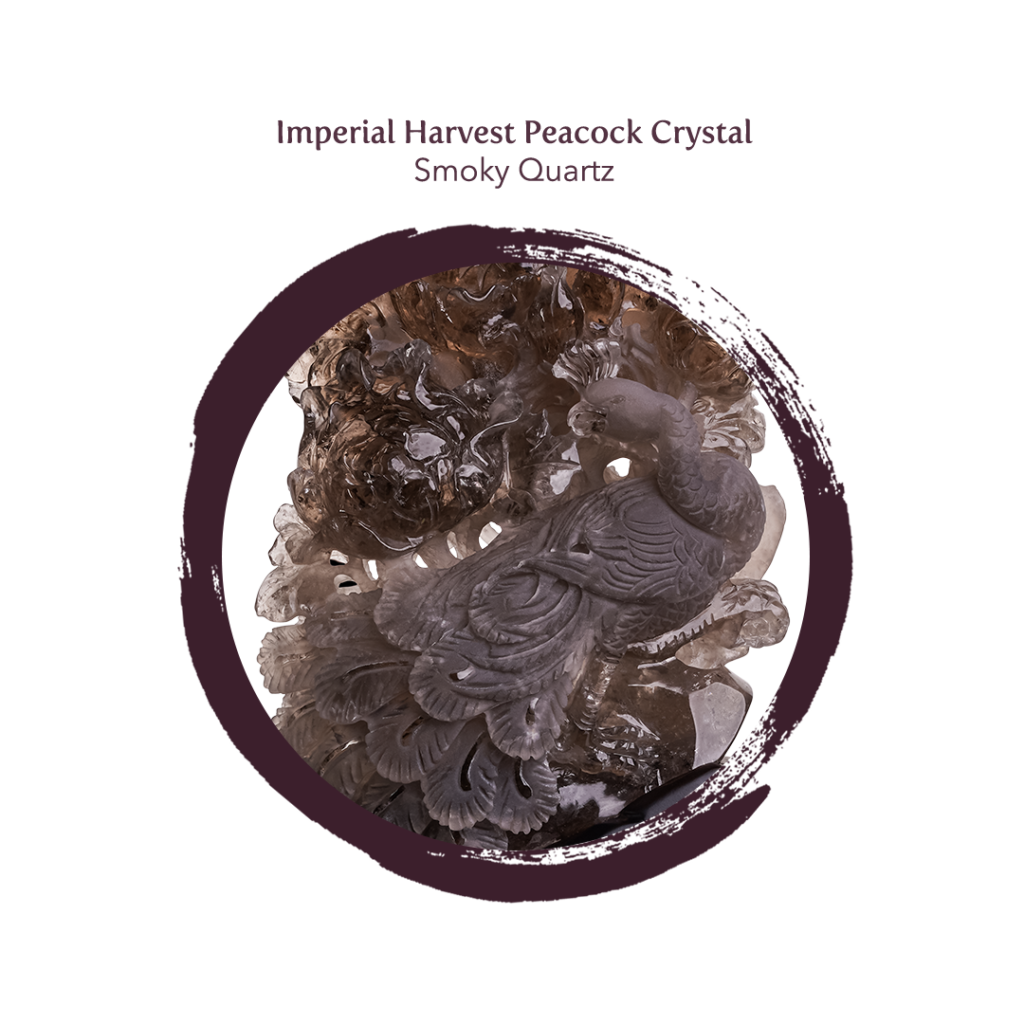 A major proponent of Imperial Feng Shui in dynastic China, Emperor Qian long advocated the use of Imperial Harvest-grade crystals in catalysing the wealth and prosperity of the empire, bringing about a golden age of economic and social development, peace and stability. Today, Imperial Harvest holds to these principles of Imperial Feng Shui, employing the same principles and treasures used by Emperor Qian Long to usher unparalleled abundance for our blessed clients.

The Imperial Harvest Crystal collection is a contemporary embodiment of the Imperial Feng Shui traditions that flourished under Emperor Qian Long’s rule. Conceptualised by Master David, the collection comprises only the finest natural crystals which yield immense prosperity for our blessed clients. Carried out entirely by hand by dedicated artisans, each Imperial Harvest crystal is meticulously crafted, achieving an unparalleled level of detail. 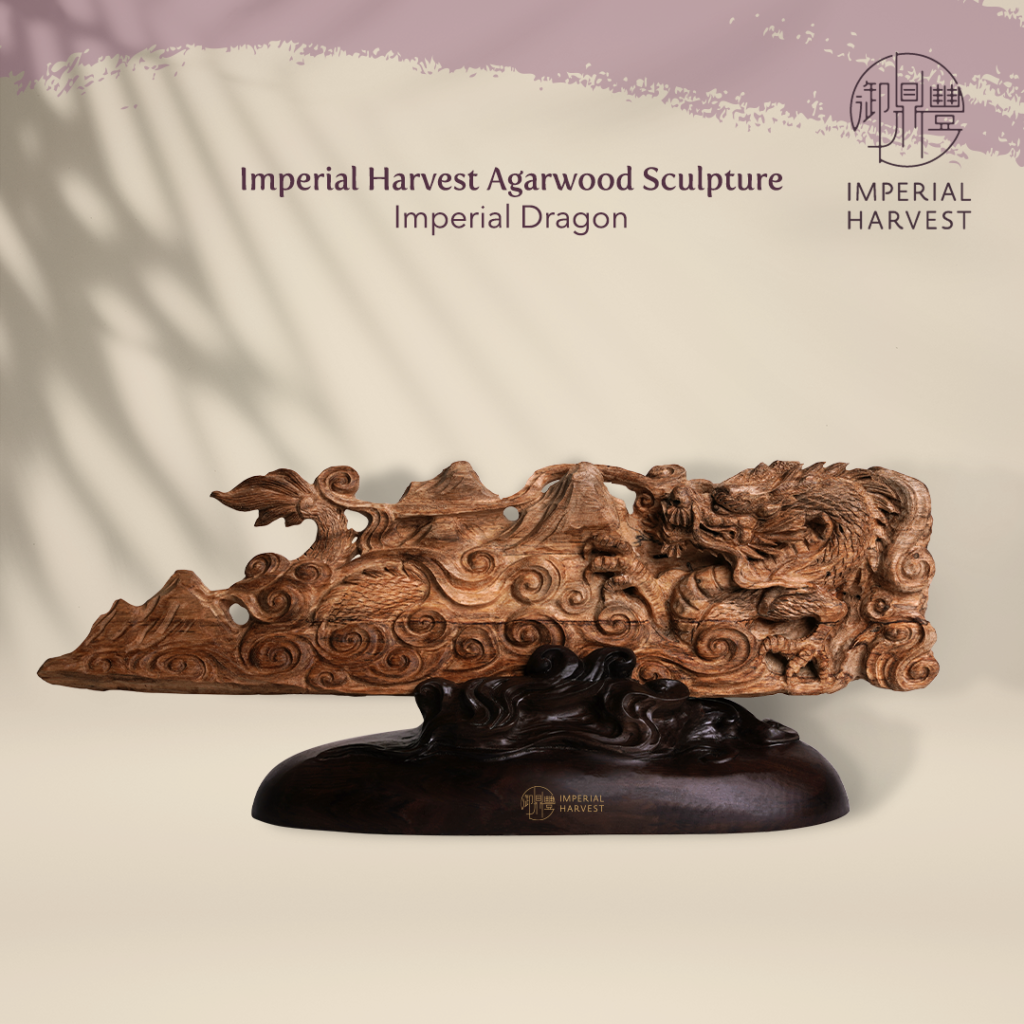 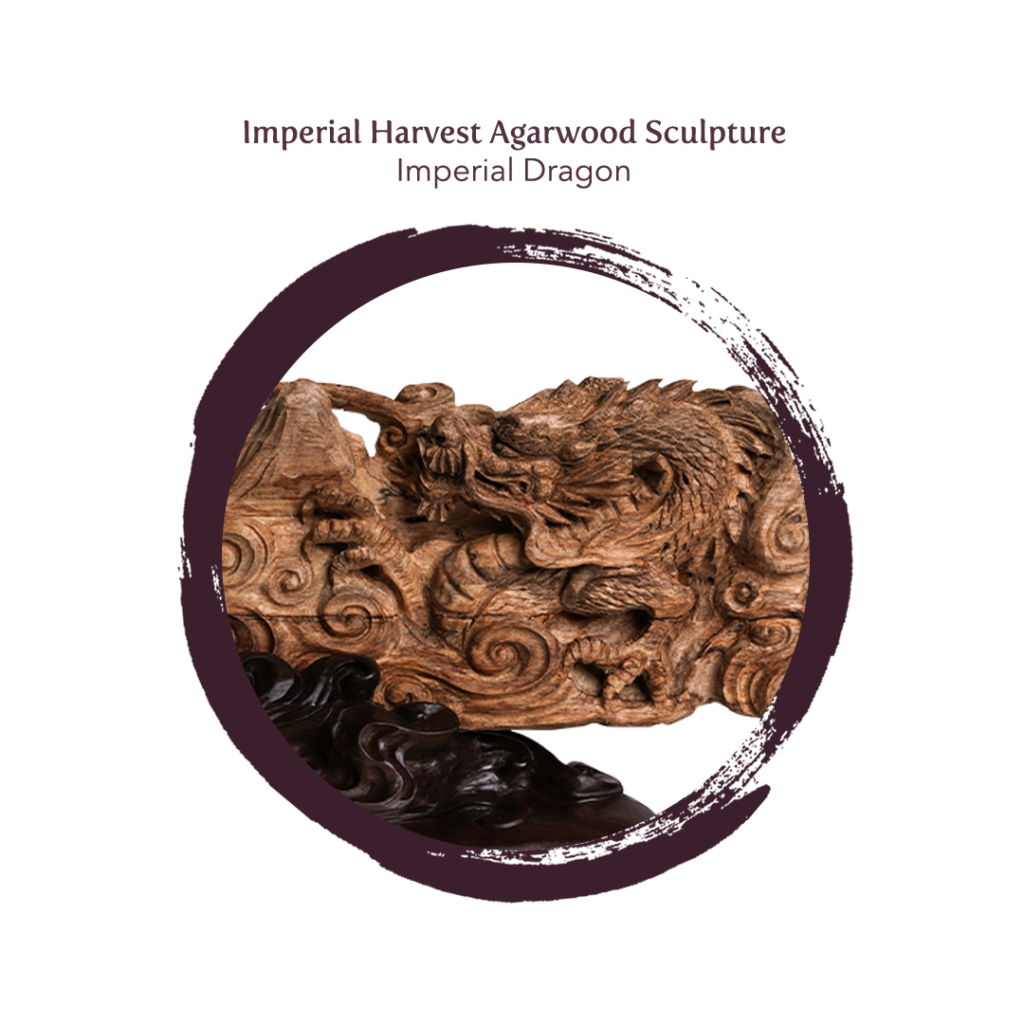 Each Imperial Harvest Agarwood Sculpture boasts immaculate craftsmanship and precise attention to detail, a testament to the generational lineage of carving expertise brought to our workshops by our master artisans. Each design element and detail is meticulously captured and hand-carved, conveying the benevolence and blessings of these revered deities, time-honoured legends and mythical creatures to their destined owners. 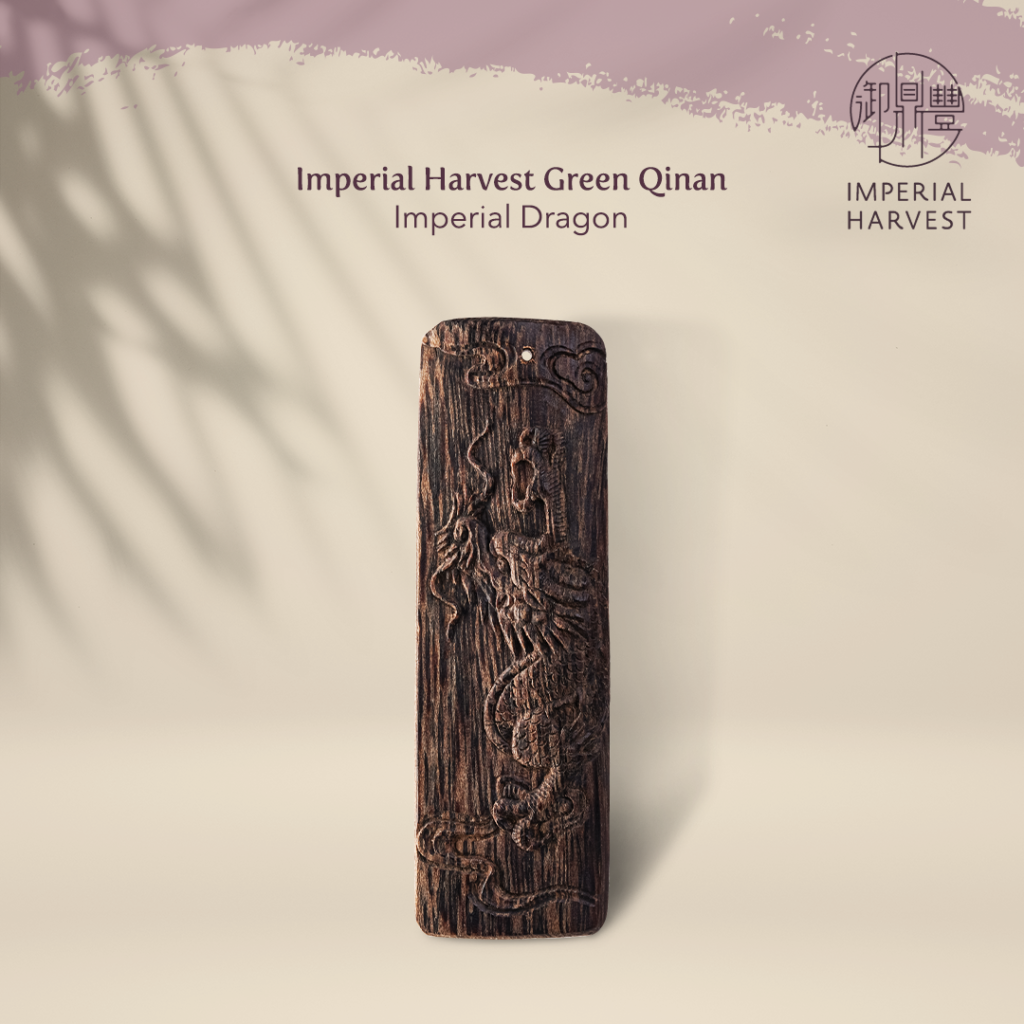 Revered for its exquisite fragrance, elegant appearance and immense Imperial Feng Shui qualities, Qinan Agarwood has been coveted by China’s ruling elite since the Han dynasty (202 BC – 220 AD). As the most elusive and exclusive tier of Agarwood, the renowned Tang dynasty poet, Du Fu 杜甫, summarised Qinan’s rarity and value:

《与陈漳浦莘学话旧》诗：“山租输海贝，市舶贱迦楠。— loosely translating that a single piece of Qinan Agarwood is worth more than a municipal ship. 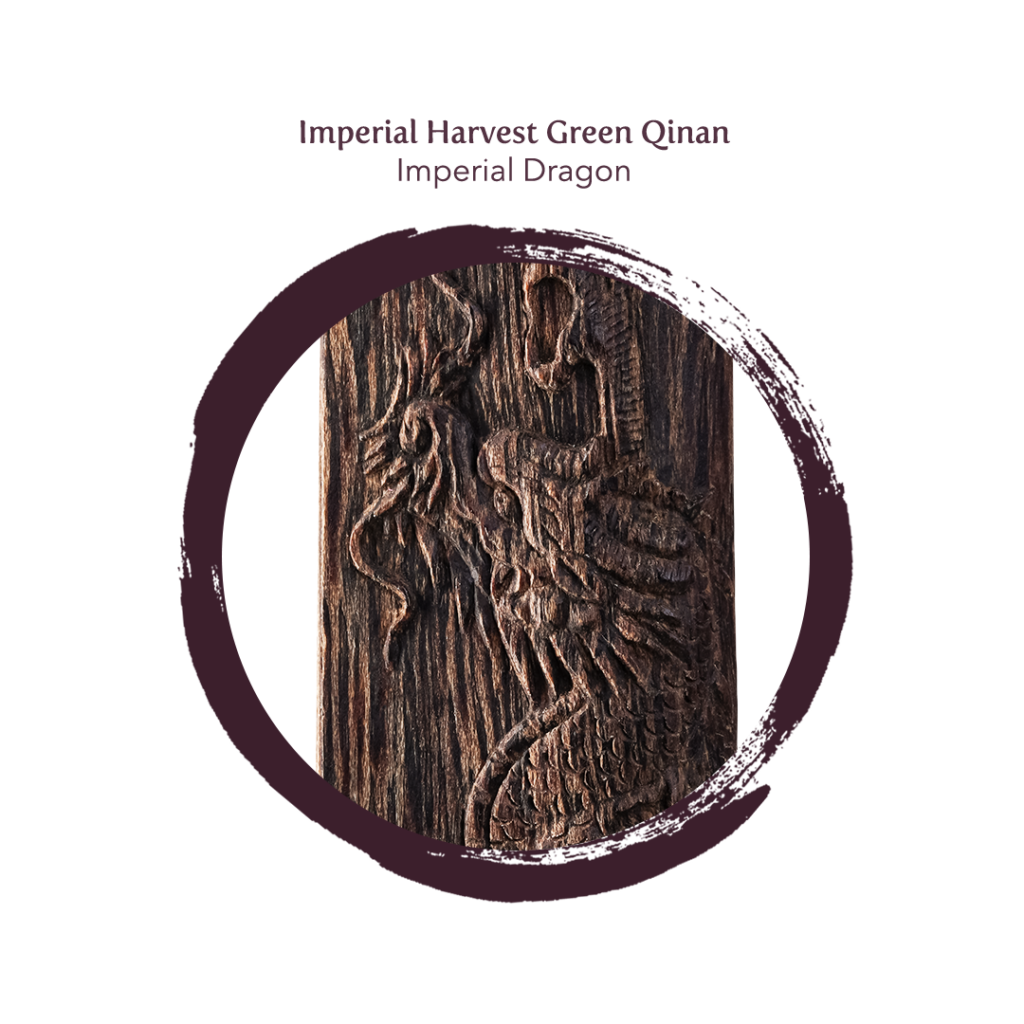 Since the Han dynasty, Chinese emperors offered Imperial Harvest-grade Qinan Agarwood as tributes to the heavens, conveying their prayers for blessings and prosperity for their empires. Today, the top grades of raw Qinan Agarwood fetch as much as USD$10 million per kilogram.