Widely hailed for his divine powers to bless business owners with benefactors and opportunities, Guan Gong is one of the most important deities in South East Asia. 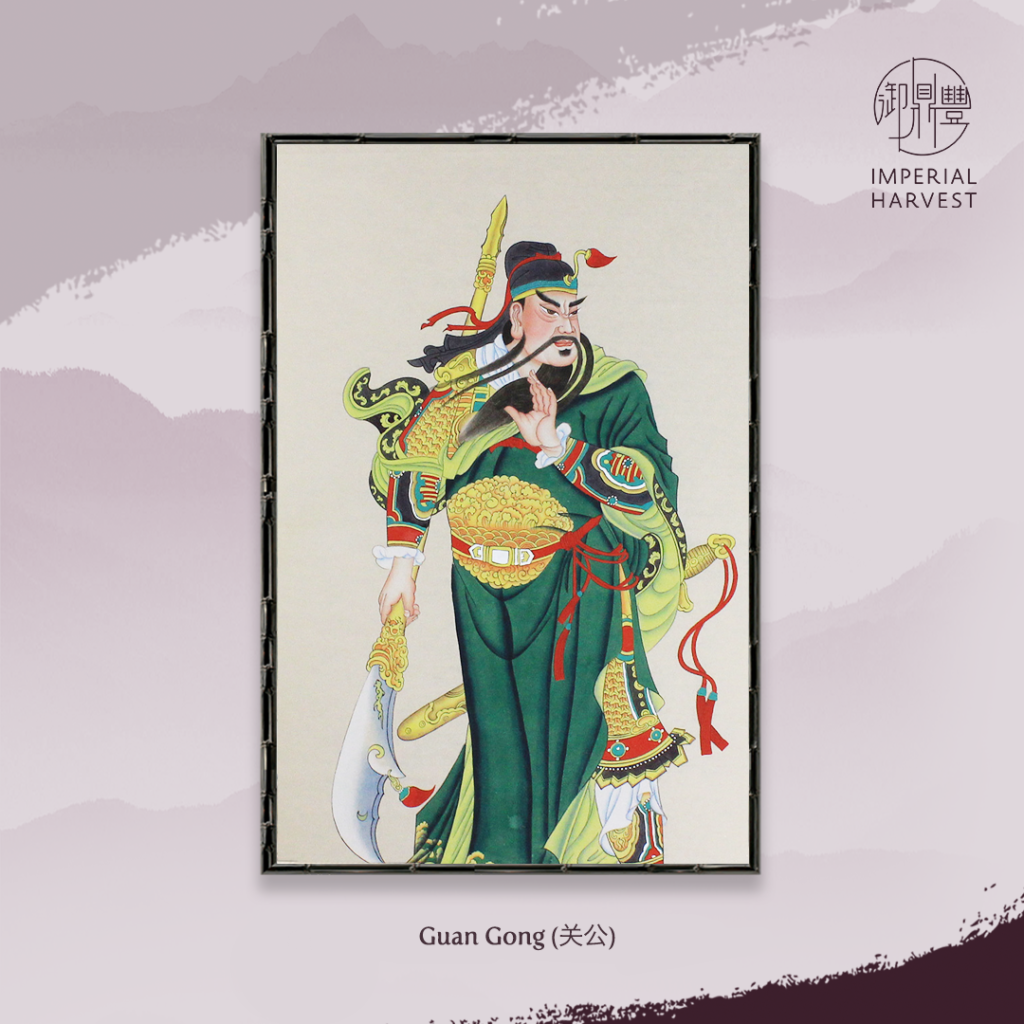 During his lifetime, Guan Gong was a Chinese military general with a strong sense of loyalty and martial prowess – his impressive performance and unstoppable winning streak on the battlefield led to his eventual deification.

A legendary figure, Guan Gong is revered throughout Imperial Chinese history as an everlasting embodiment of loyalty, bravery and foresightedness.

A Historical Tribute to Guan Gong 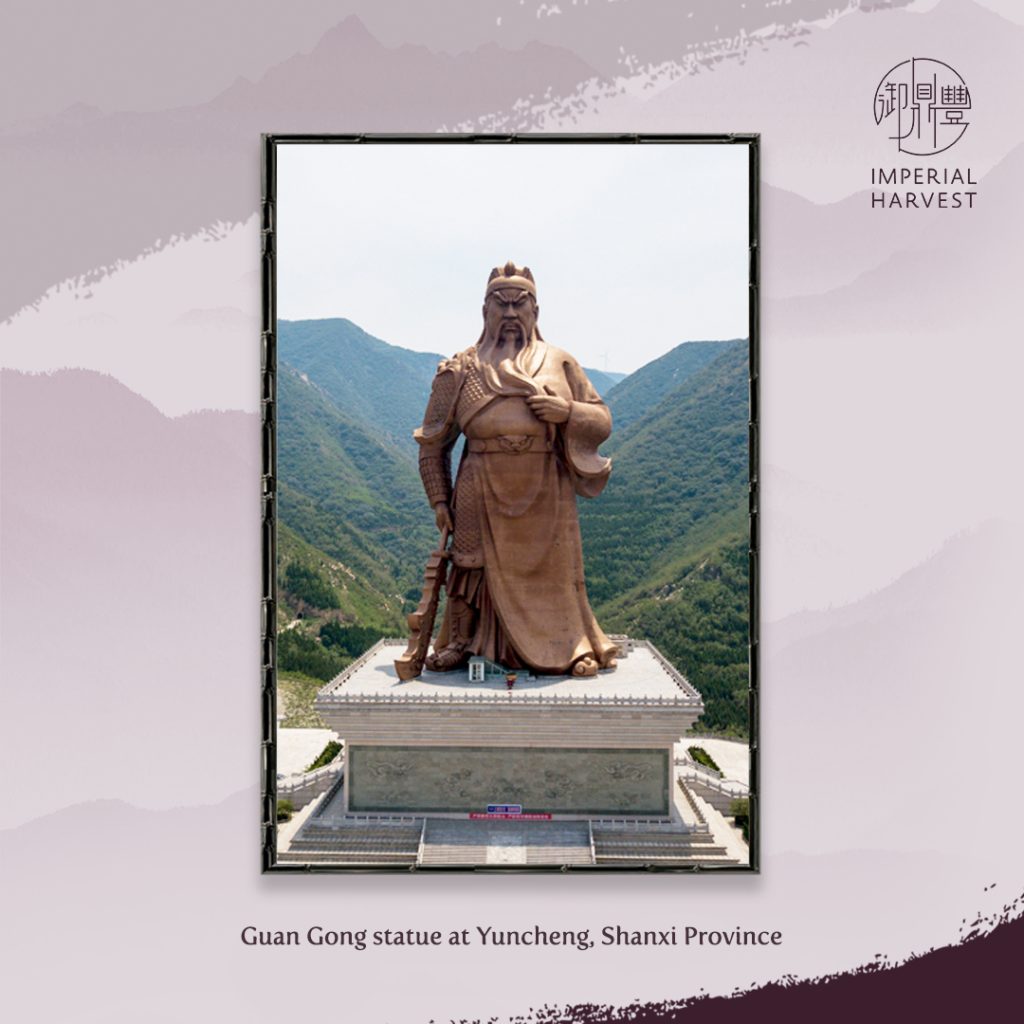 A statue located in Yuncheng, Shanxi province – Guan Gong’s hometown where he lived for 19 years – is a large monument in tribute to his military contributions during the Three Kingdoms period. Fighting under the well-known warlord Liubei, Guan Gong led his military troops, defied the odds and overcame many formidable enemies in his decade-long military campaigns. 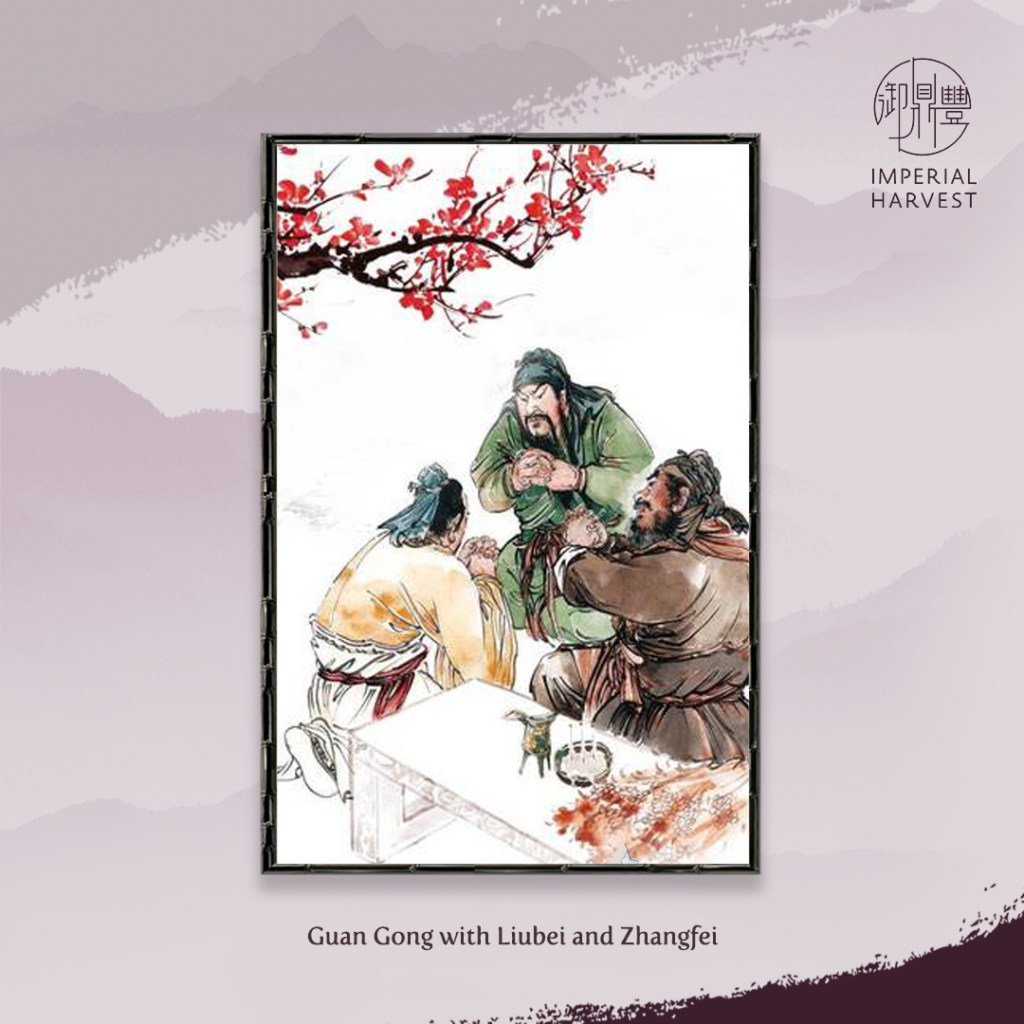 After his deification, generations of Chinese businessmen and merchants began praying to Guan Gong as the Business God of Wealth (also known as the Martial God of Wealth). They believed that his bountiful blessings would pave the way for business growth.

Business is war. Thriving in business is akin to succeeding in warfare. Acute foresight, business intuition and a powerful network of benefactors are essential for modern day business owners and sales professionals to achieve success.

Strategic Vision: Vision is the art of seeing what is invisible to others, enabling business owners to build future-proof business models, products and services. Guan Gong is well known for his legendary foresight and vision in devising successful military campaigns. His ability to predict the enemy’s next move is akin to businessmen’s ability to predict the upcoming market trends. This is critical for developing relevant business strategies to stay ahead of one’s competitors.

Network: Your network is your net worth. Benefactors, partners, and customers form the cornerstone of every successful business. Guan Gong enhances the benefactor luck of business owners, enabling them to build a formidable and loyal network to scale their business.

Team Work: An outstanding team is the secret behind common people’s uncommon success. Every successful businessman is supported by a team of driven, motivated, and talented individuals. To achieve exponential growth, every businessman needs to work with a dynamic team that leaves no stone unturned in executing every initiative to drive greater growth and success. Guan Gong enables business owners to build high-performing teams to deliver lasting business results.

Adaptability: Adaptability is the power to transform crisis into opportunities. In turbulent times, it is businessmen who seize the first-mover advantage who are able to outdo their competitors. Guan Gong is known for his excellent ability to turn the tides in his favour, even when foraying on the enemy’s land. He empowers his devotees to see the silver lining in every situation, thereafter capitalising on them to achieve breakthrough results.

Bravery: Bravery is critical for venturing into uncharted waters – it is the absence of fear when plunging headfirst into the unknown. Guan Gong is known for his ability to make bold decisions that secure important victories. The blessing of Guan Gong helps business owners make bold and decisive moves to secure important markets and business opportunities.

This year, Imperial Harvest celebrates his legendary achievements – aspired to by every businessman – with the beautifully hand-crafted Fine Jadeite Guan Gong riding on Champion pendant. 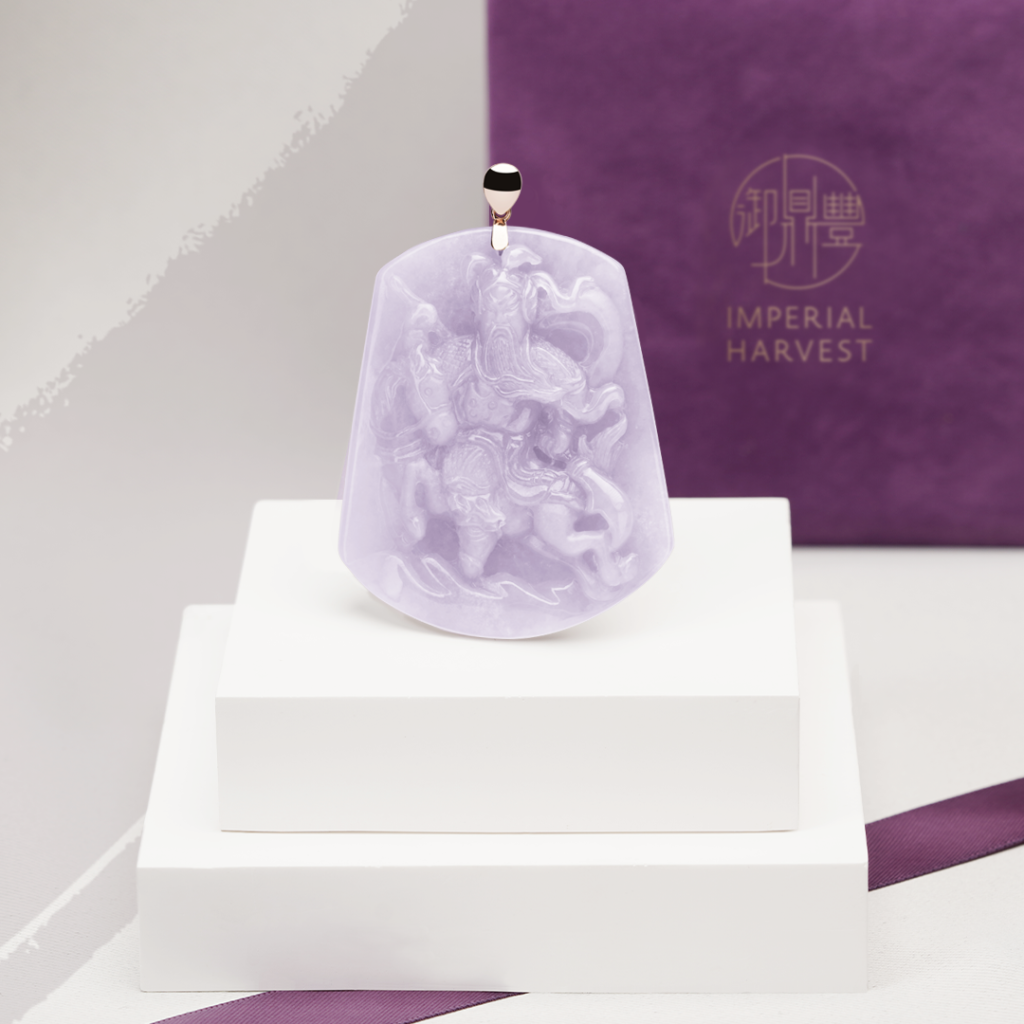 Guan Gong riding on Champion Stallion – the most victorious manifestation of Guan Gong –  helps to boost its destined owners’ business growth. It garners strategic support from benefactors, increases your sales and enables your meeting of influential mentors, empowering you to achieve exponential business growth. 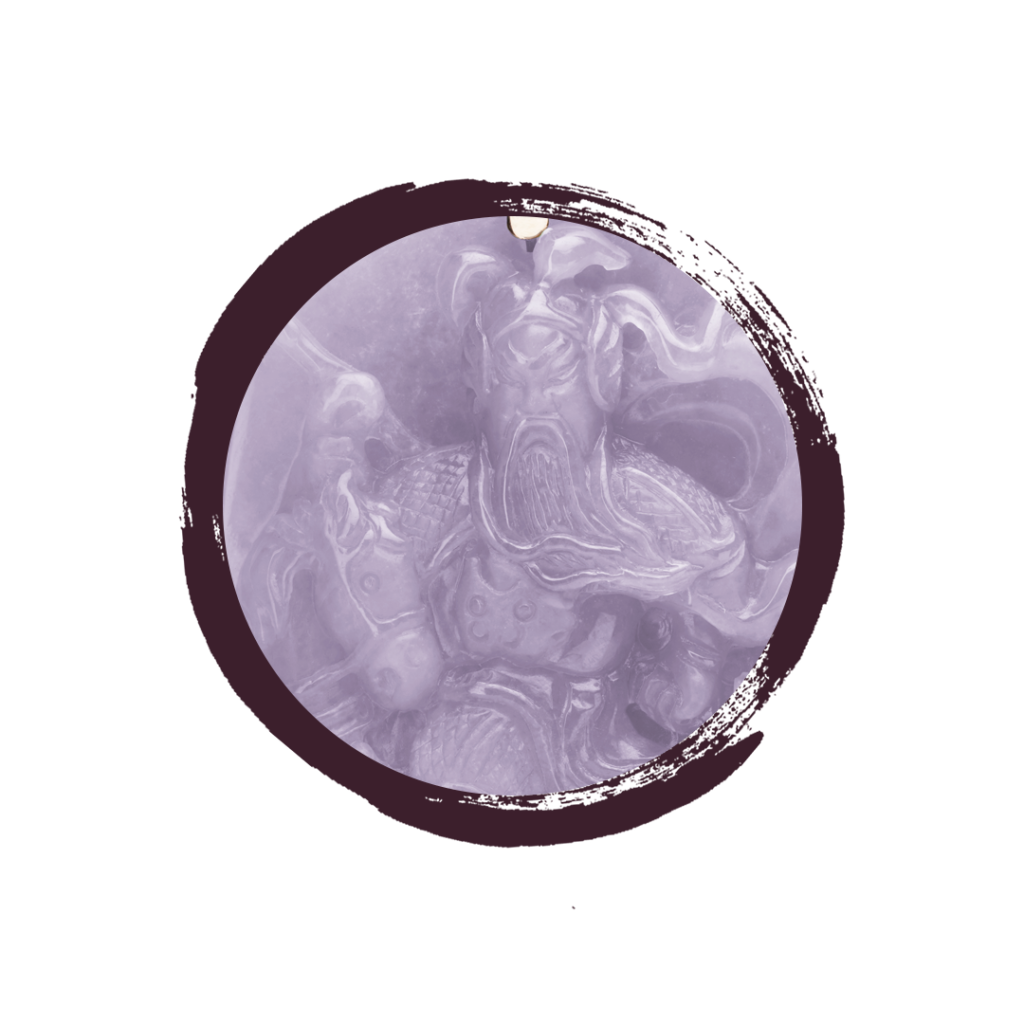 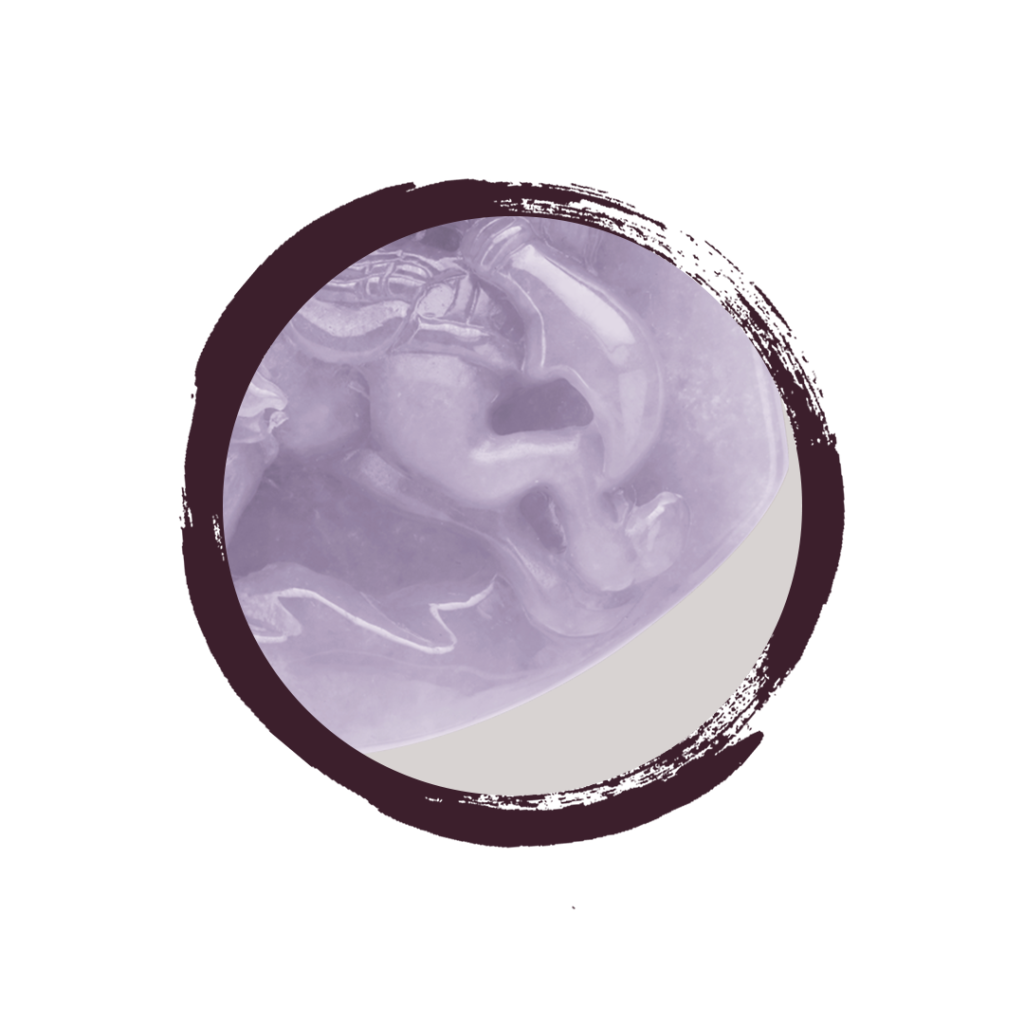 Wielding his Green Dragon Sabre, Guan Gong also removes malefactors from its destined owner’s path of success, enabling them to overcome challenges with ease. Working towards success, free of malefactors’ obstruction, is akin to travelling on a smooth and well-maintained road without any traffic. This conducive environment means that you will be able to kickstart your business with ease, expand current operations and develop multiple streams of income.