Posted by Imperial Harvest on 06 January 2023

Since its founding, Imperial Harvest has been driven by an unceasing spirit of betterment. As a boutique Imperial Feng Shui maison, the immense possibilities sparked by this ancient art are constantly reimagined. For the suite of earthly treasures that empower blessed clients to unlock their unlimited human potential, this entails a relentless process of innovation and enhancement.

One of the longstanding stalwarts in the Imperial Harvest stable is the Fine Jadeite Five Wealth Gods collection — now given a new lease of life with a renewed outlook and purpose. While this pioneering series has always remained true to the legend of the five Wealth Gods in ancient Chinese tradition, the reinvigorated patented collection now pays tribute to the Sangang Wuchang (三纲五常). This cherished set of values underpins the Confucian tradition, which is itself a way, or approach, to life inspired by the teachings of the Chinese philosopher Confucius.

The Sangang Wuchang — literally Three Guiding Principles and Five Constant Regulations — refers to the underlying tenets of Confucianism that have resonated with millions of adherents over the centuries. The “Three Guiding Principles” refer to the most important forms of interpersonal relationships formed between individuals in a given society. 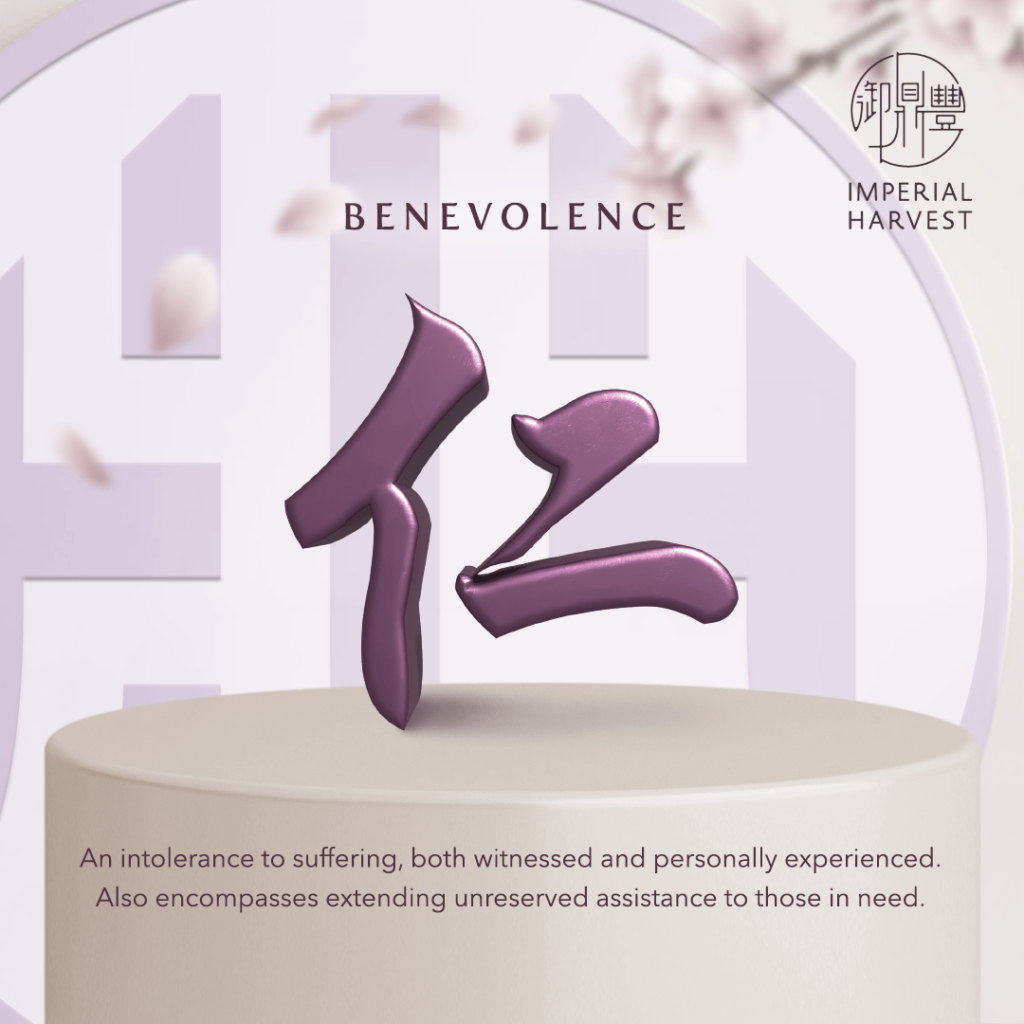 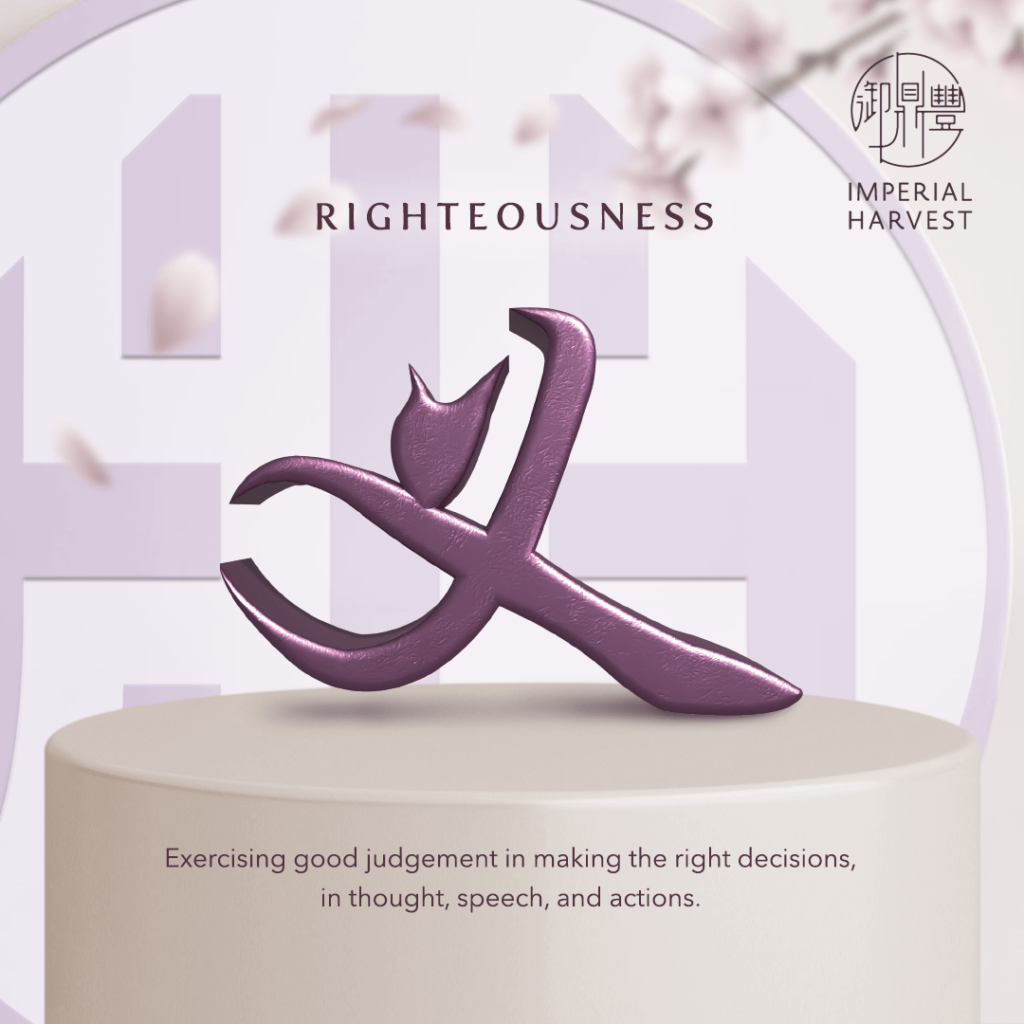 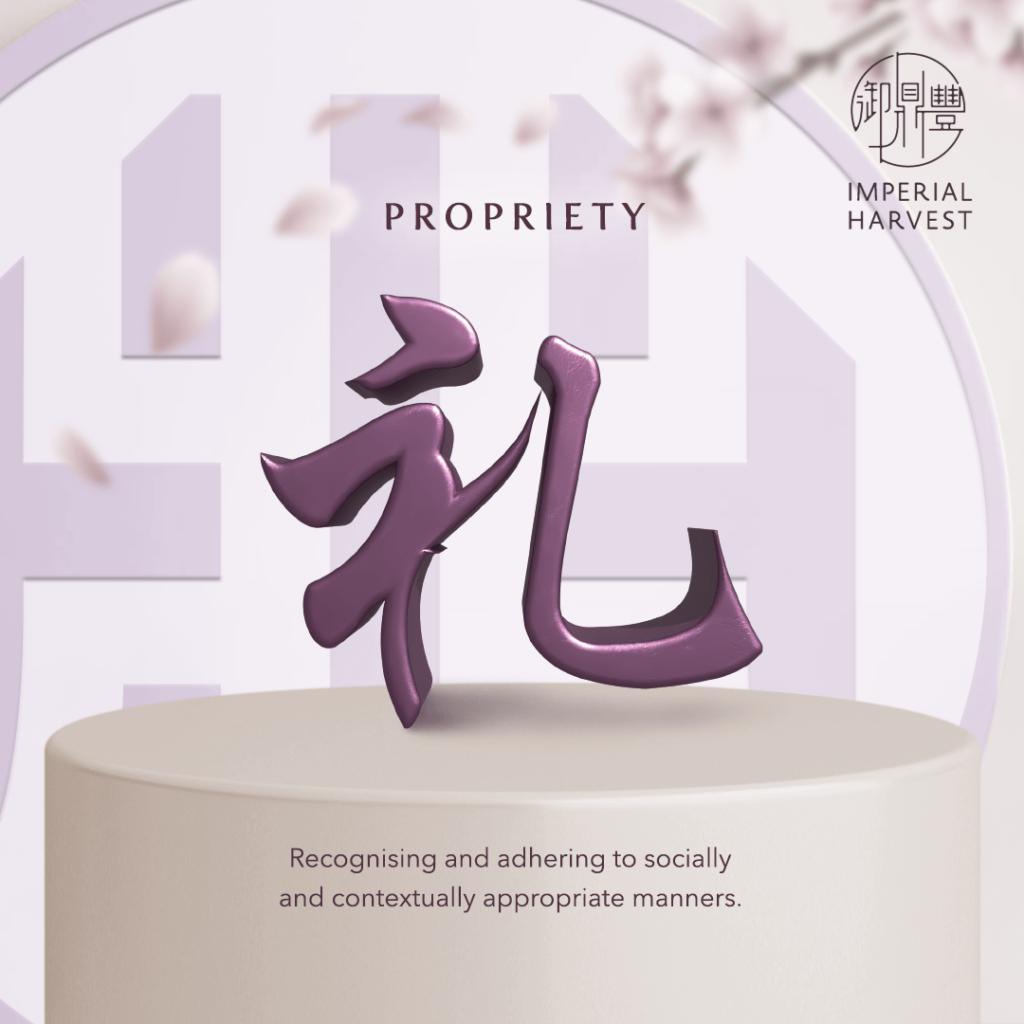 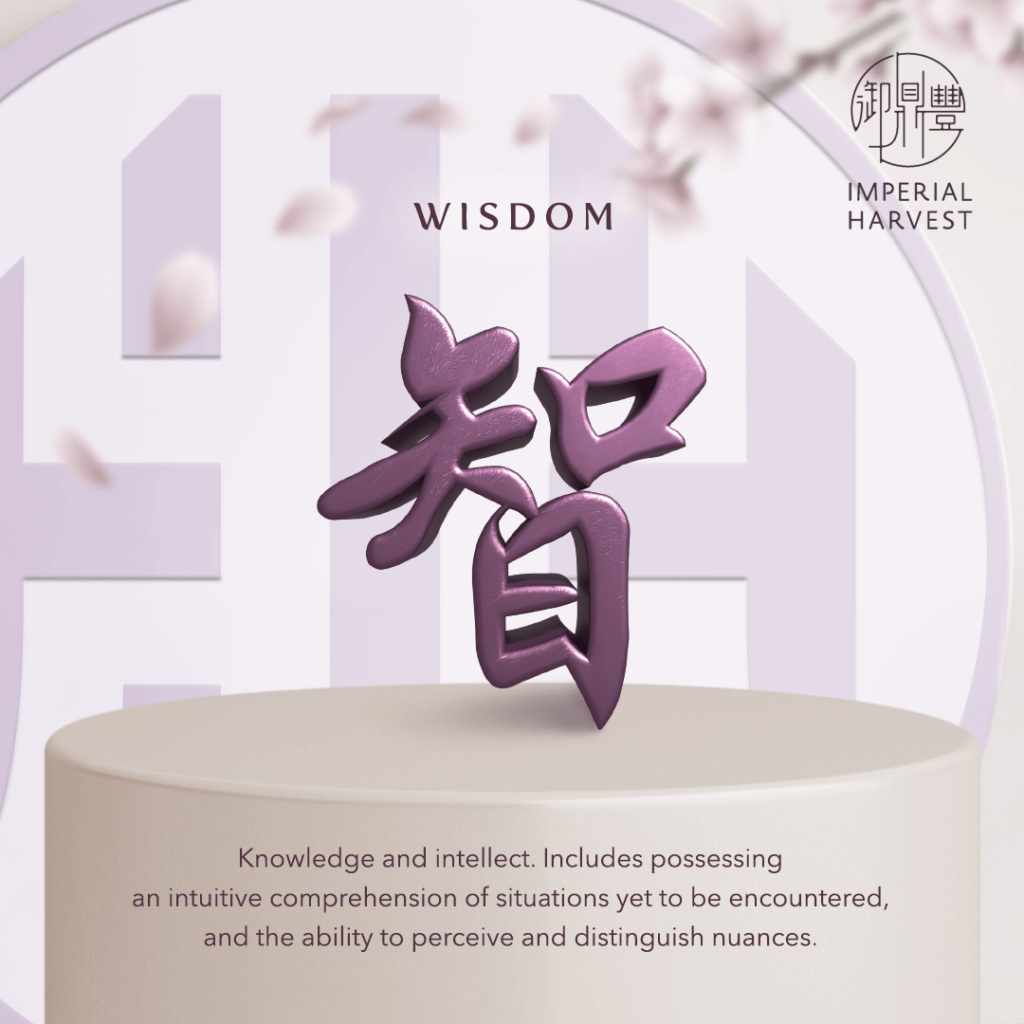 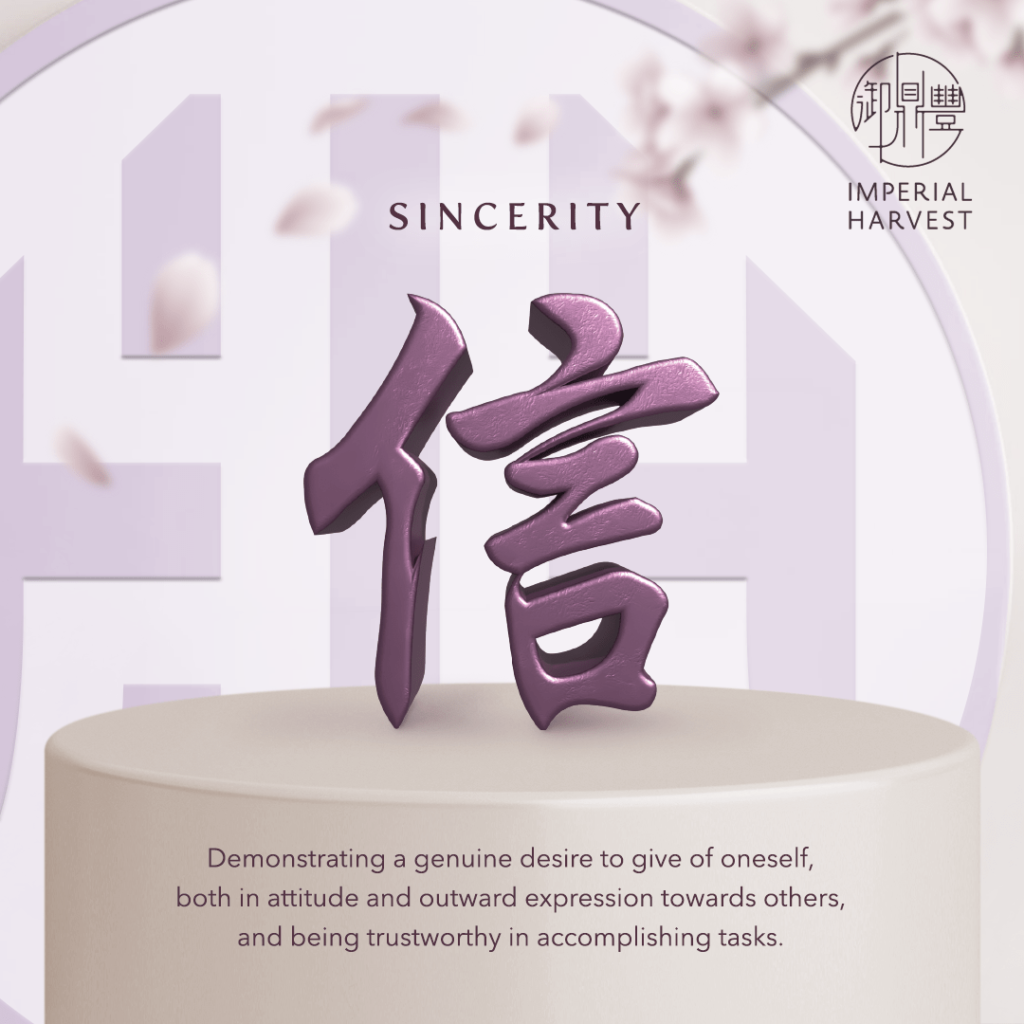 These five virtues of the Sangang Wuchang are also said to embody qi — the universal cosmic life force — and reside within all human beings. It is this qi that the ancient art of Imperial Feng Shui seeks to regulate and harness, in order for adherents to realise their dreams and desires, in both their personal and professional lives.

Being inherently present in human beings, the Five Constant Regulations may therefore be said to be an inextricable part of humankind. The centrality of the Five Constant Regulations to a thriving society was not lost on the rulers of ancient Chinese empires, who readily adopted them, along with broader Confucian ideologies, as the bedrock of society.

Influence of the Five Constant Regulations on Chinese society 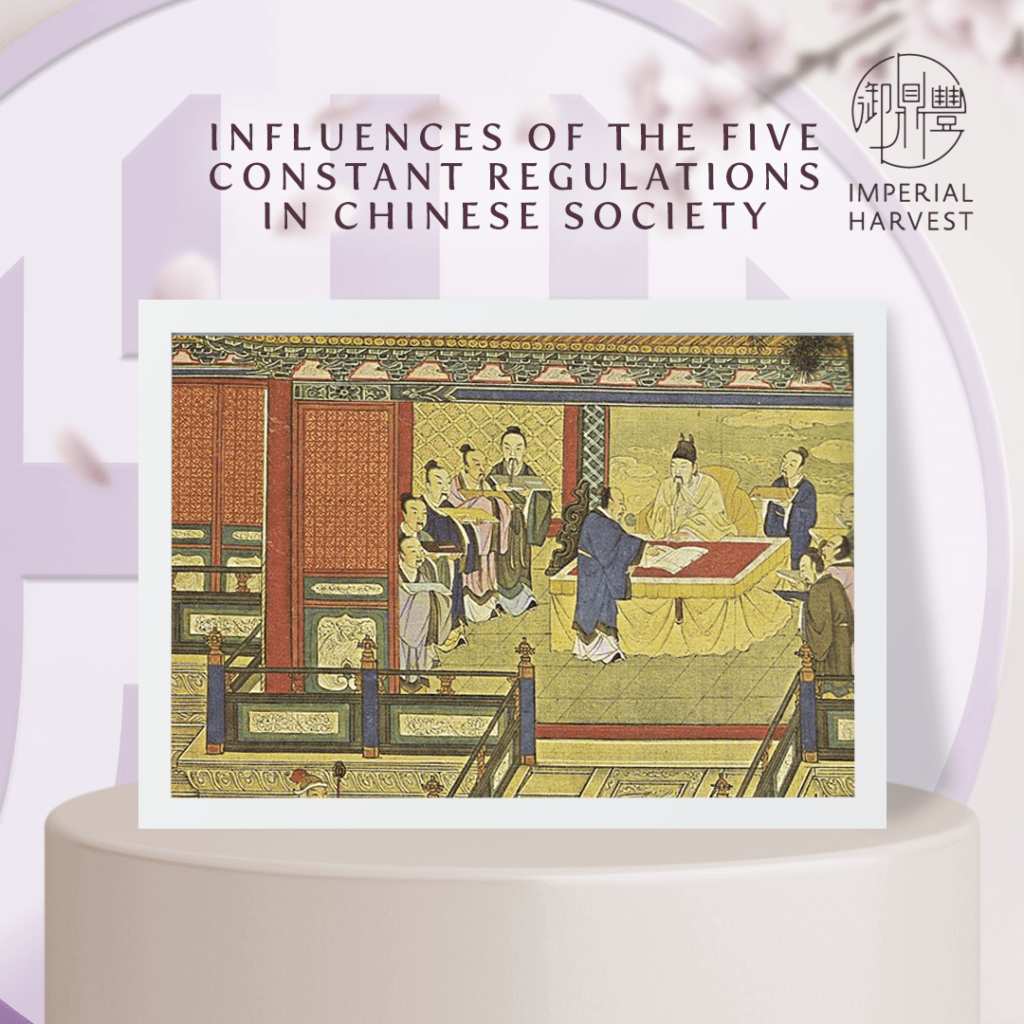 Hindsight has revealed this embracement of Confucianism to be an inspired one. Aided by its enlightening approaches to governance, rulers were empowered to make astute everyday decisions, on which empires’ successes were built. This played no small part in the universal acknowledgement of the Qing dynasty as the golden age of ancient Chinese history — sustaining for close to three centuries.

The collective successes through the years spurred the growth and development of the Chinese empire by leaps and bounds. It flourished not only in building robust trade relations and well surpassing its economic goals but also in assembling a rich cultural fabric of vibrance and diversity. At the heart of it, all was Confucianism — a ubiquitous part of everyday Chinese life.

Temple of Heaven in Confucianism 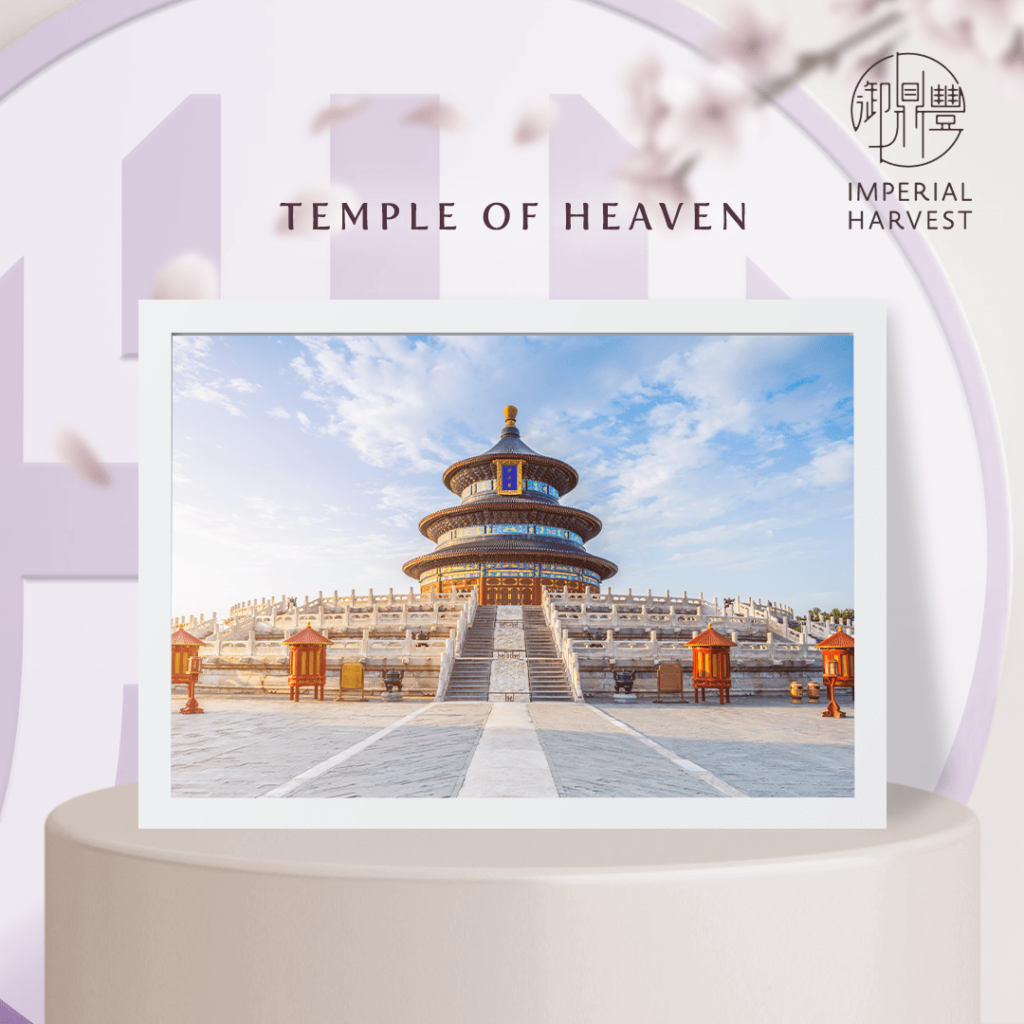 With the Five Constant Regulations having advanced Chinese society by leaps and bounds over the centuries, it was only apt that they were enshrined in the physical landscape as a manifestation of its accomplishments. Indeed, it was in the Ming dynasty that the seeds of such a tributary structure began to form. Commissioned by Emperor Yongle, the construction soon began of a shrine that was to embody the triumphs and successes of the dynastic Chinese empire. Today, the significance of this seminal tabernacle reverberates around the world as the Temple of Heaven – a timeless motif of centuries of unwavering devotion to Confucian doctrines, particularly the Five Constant Regulations.

Interweaving Confucian tenets, Imperial Feng Shui and the golden age of Chinese dynastic history, the all-new Imperial Harvest Fine Jadeite Five Wealth Gods Collection brings to life the Five Constant Regulations, elegantly manifesting them in the five esteemed wealth gods of Chinese tradition. The images of the five auspicious gods are conceived and created by Master David himself, whose rigorous inquiry into these deities’ legends manifests in this brand-new patented series. Celebrating the economic and cultural prosperity throughout dynastic Chinese history, the Imperial Harvest Fine Jadeite Five Wealth Gods Collection heralds a renewed chapter of auspiciousness at Imperial Harvest — one in which the fortunes of blessed clients soar to unprecedented heights. 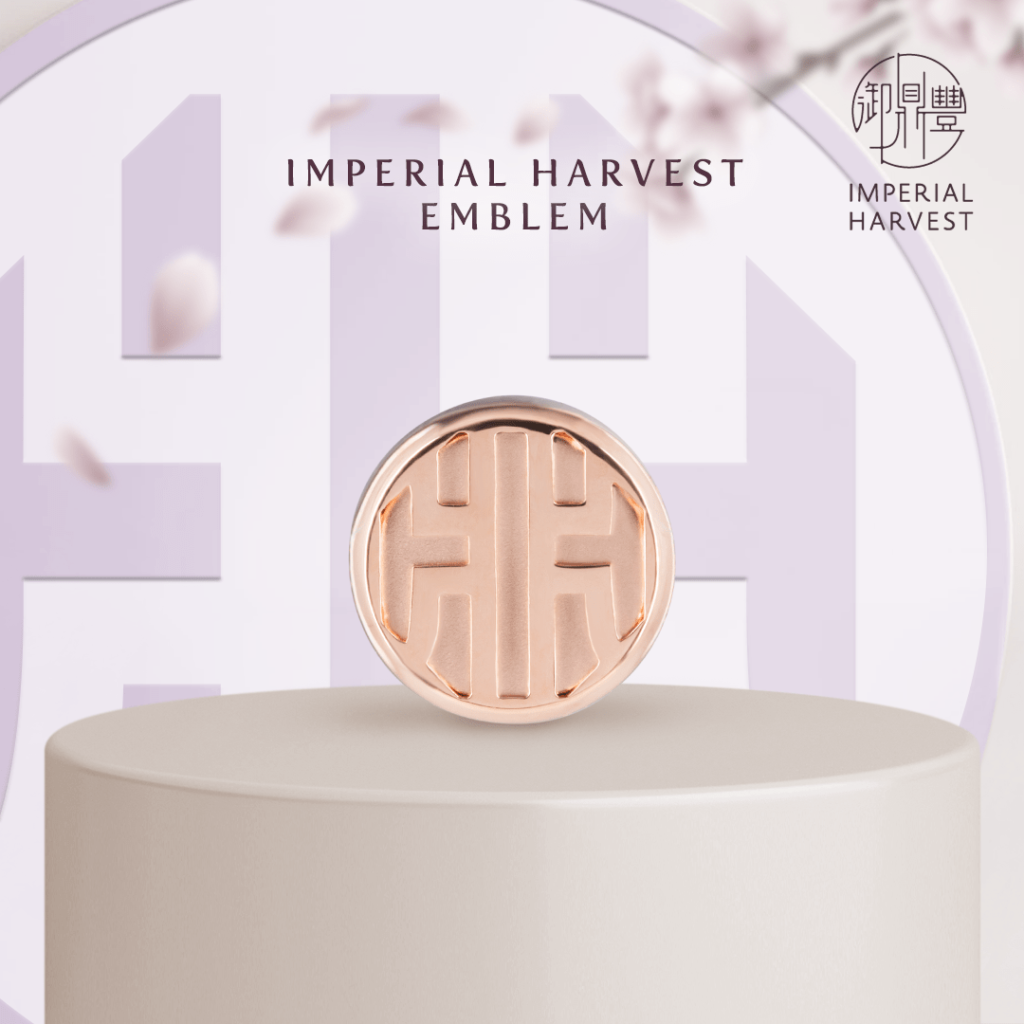 This refreshed iteration of the Five Wealth Gods Collection proudly underscores the brand new mark of excellence that encapsulates the very essence of Imperial Harvest — the Imperial Harvest emblem, inspired by the instantly-recognisable seal that is synonymous with the maison.

The grandeur of the ancient Chinese cauldrons, represented by the character “鼎” (ding), is encapsulated in the Imperial Harvest emblem.

Read more about the Imperial Harvest Mark of Excellence here 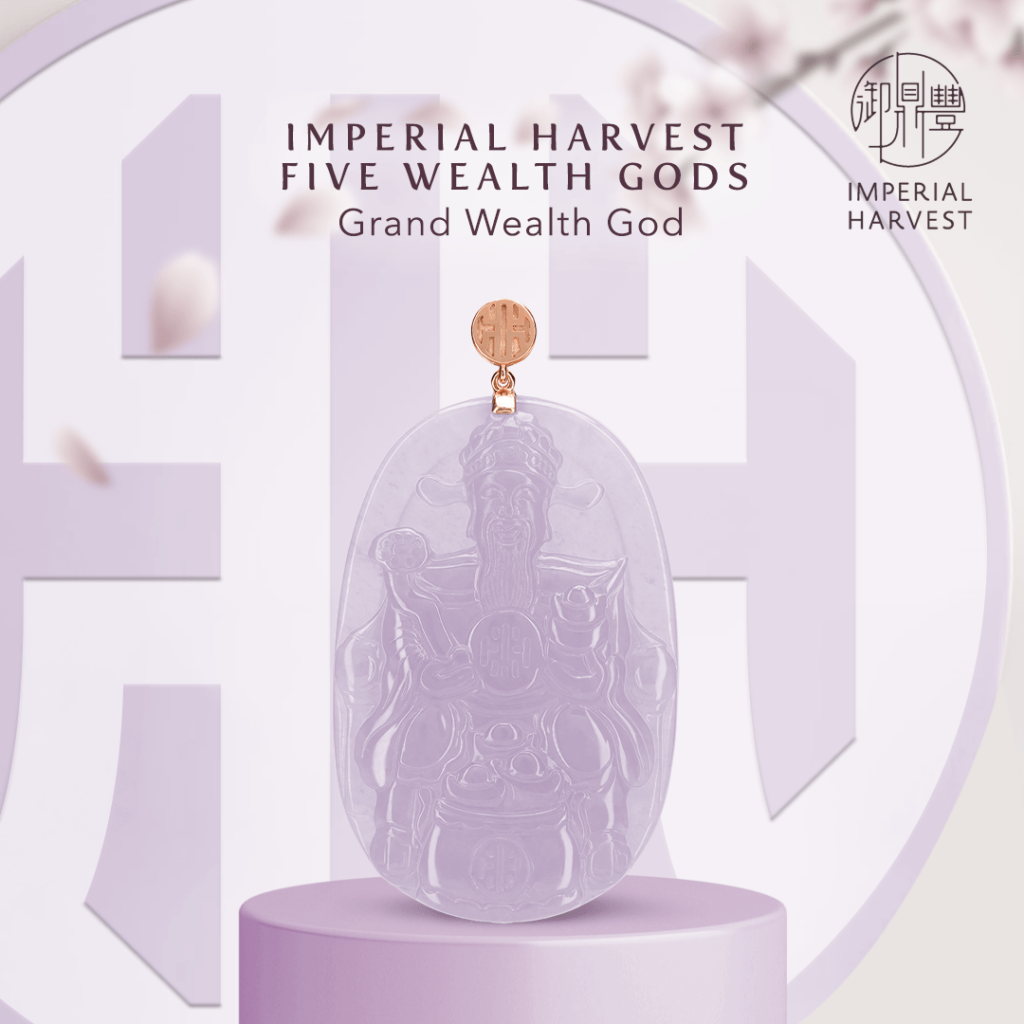 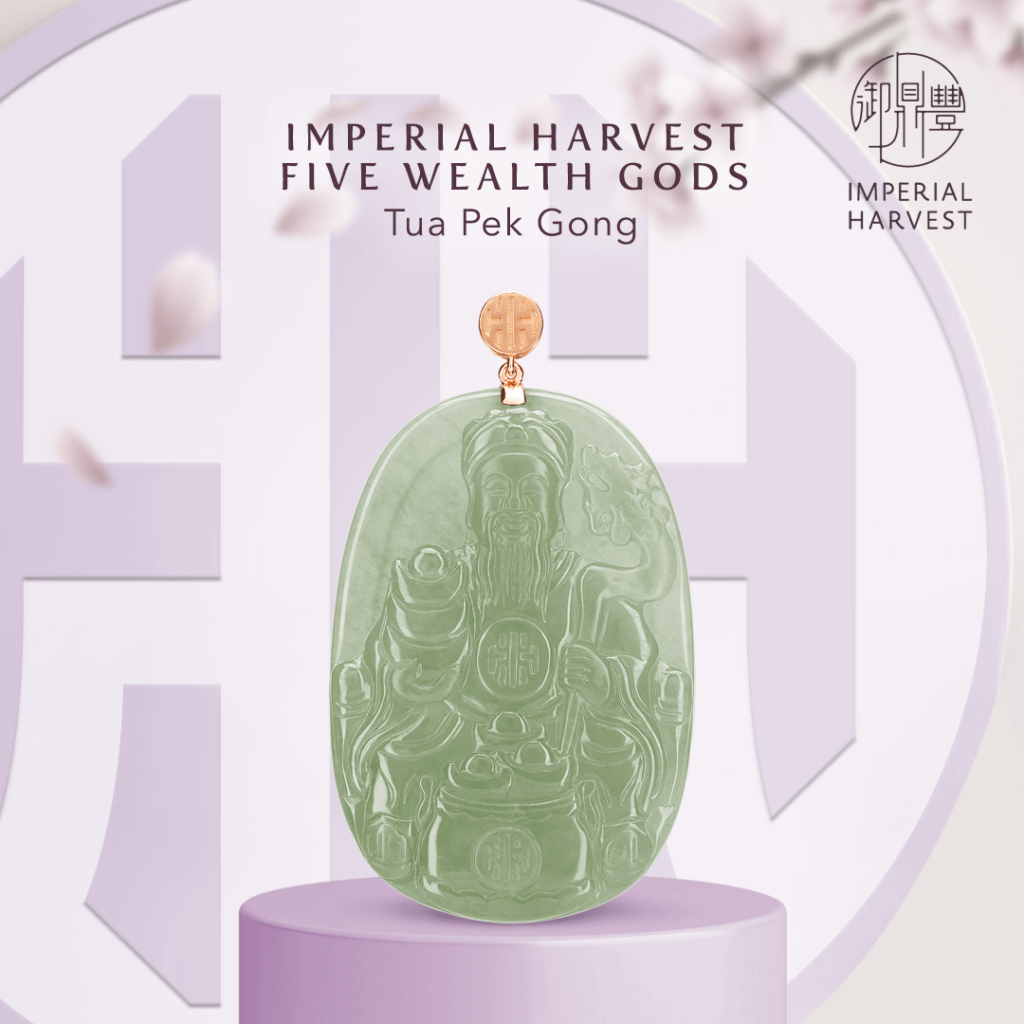 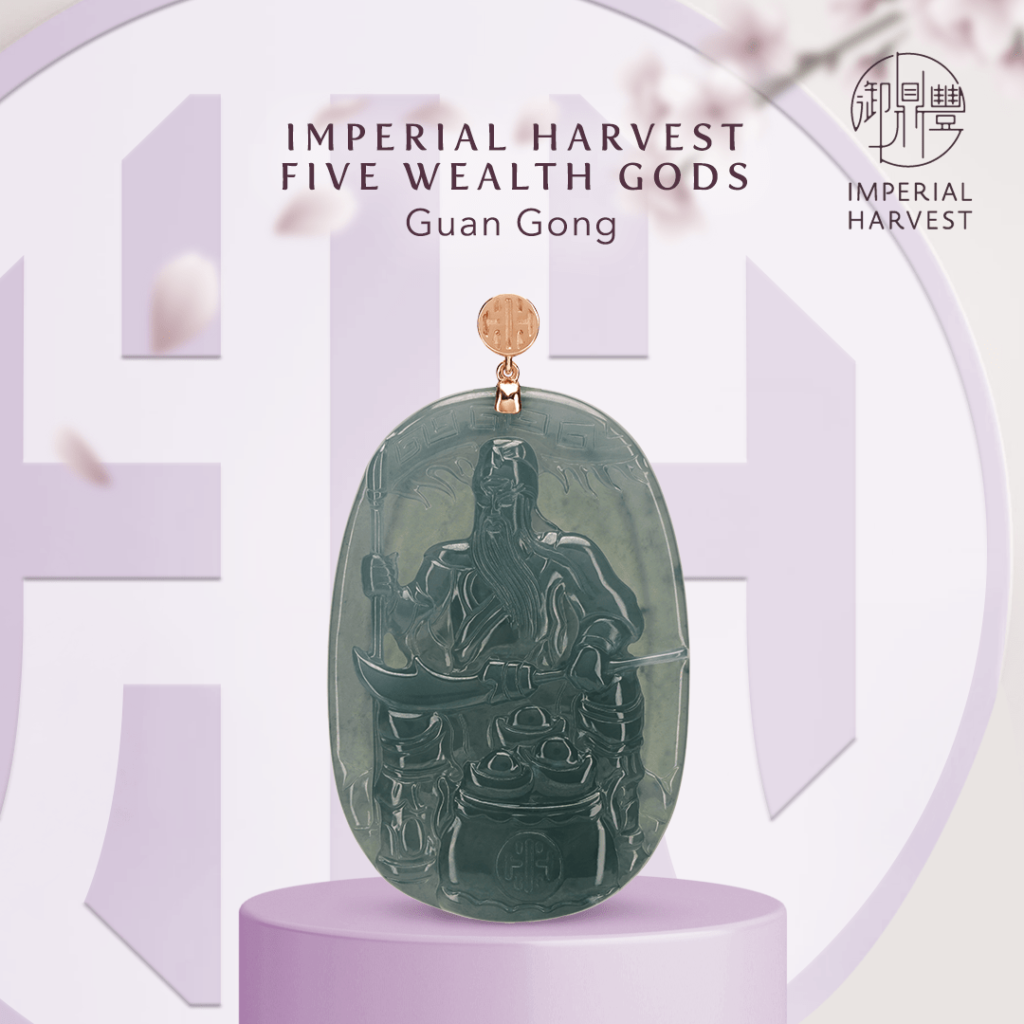 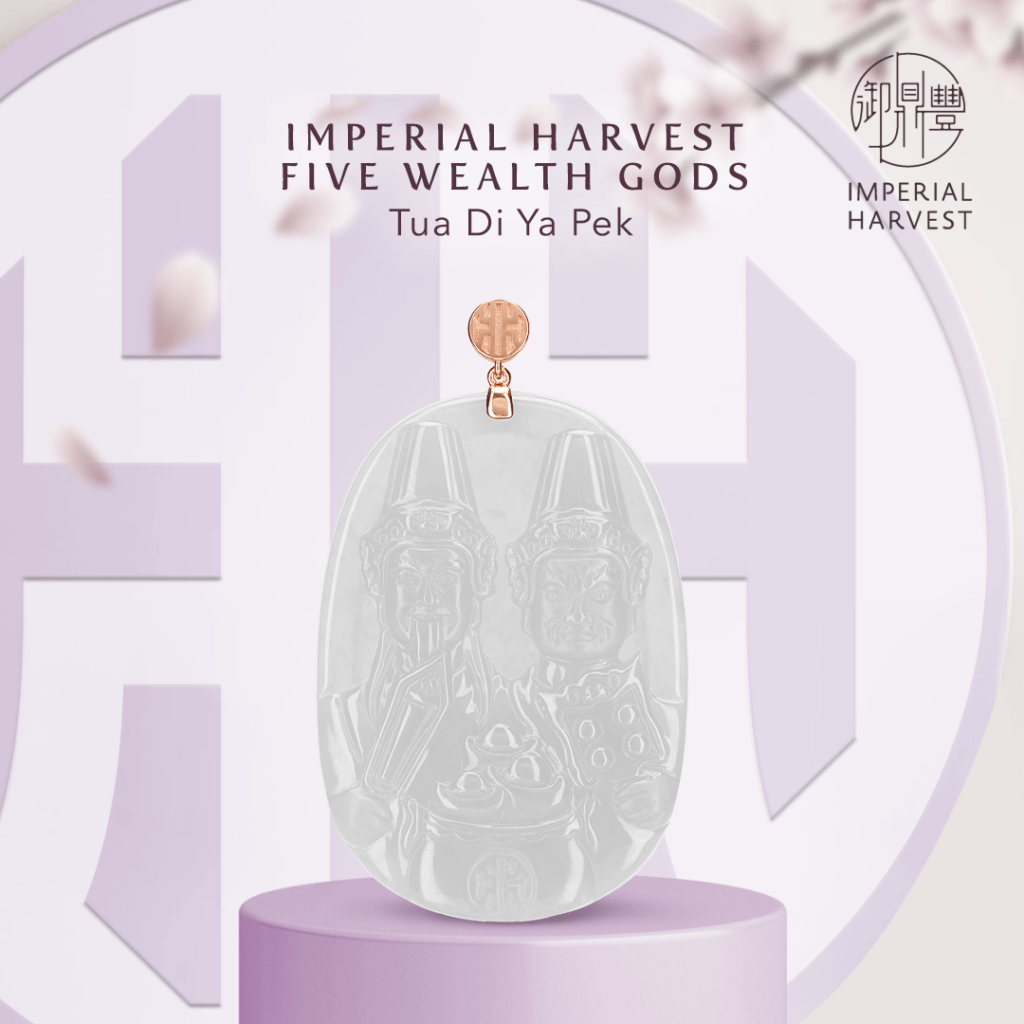 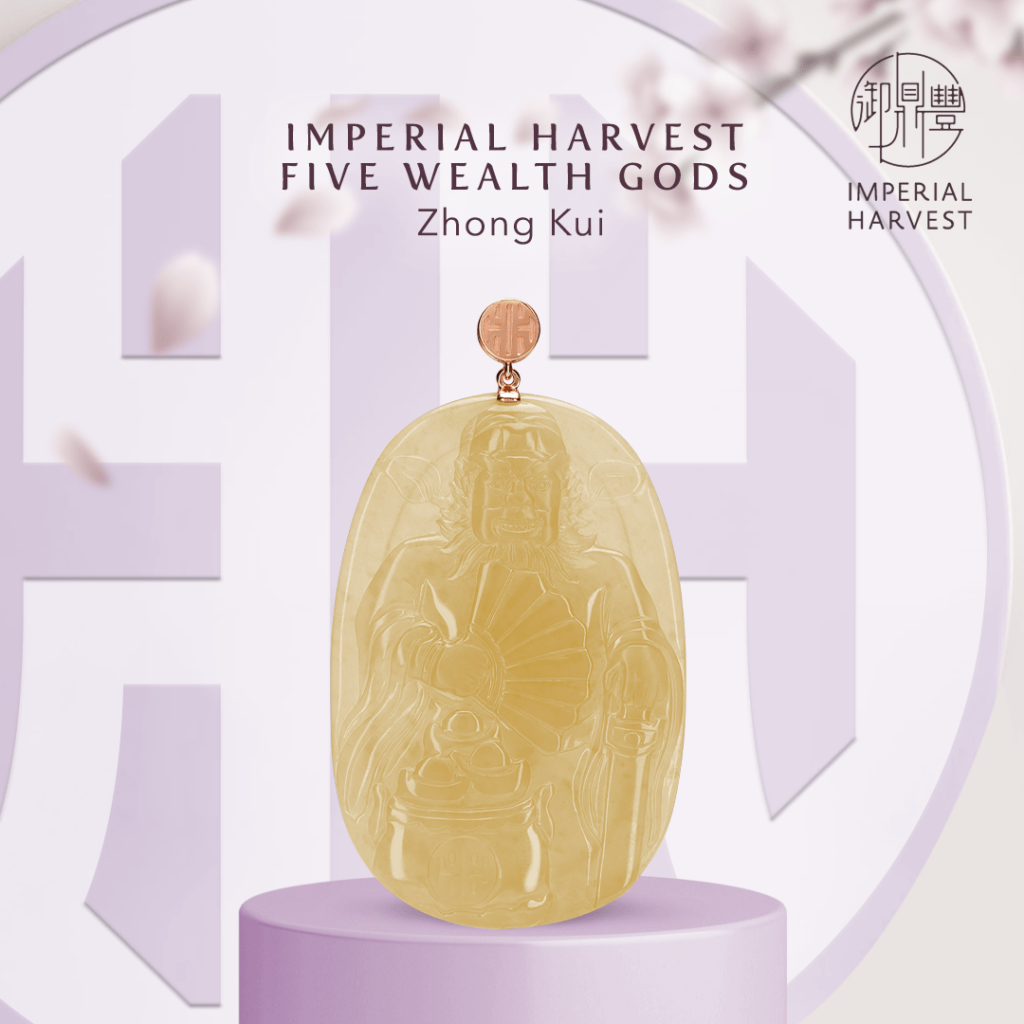 Indeed, this positions the Imperial Harvest emblem as a fitting celebration of the five wealth gods. As important bearers of supreme luck and unbridled prosperity, the five Wealth Gods embody the auspiciousness conveyed through the cauldrons of ancient Chinese rites. Like the cauldrons, the five wealth gods have persisted in significance through the centuries, and even today remain an inextricable part of the identity of the Chinese diaspora.

The five wealth gods appear at the forefront of Chinese society, particularly during celebratory occasions such as Chinese New Year, when families gather and bond over communal feasting and conviviality. The Five Constant Regulations, as embodied in the five wealth gods, form an aspirational set of values to embrace in the year ahead, guiding families in the pursuit of their dreams and desires. The collection is available in five different elemental colours to suit the needs of our blessed clients.

With the launch of the all-new Fine Jadeite Five Wealth Gods collection, Imperial Harvest is proud to walk the journey of reimagined possibilities with their blessed clients.