Posted by Imperial Harvest on 23 September 2022

Defined by great economic, political and social successes, alongside abundant prosperity, the legacy of the Qing Dynasty is well-documented in the annals of history. Legendary rulers, such as Emperors Kang Xi and Qian Long, are renowned for their profound and inspired decisions and capable leadership. Their eminent rule over the Qing Dynasty led to one of the most prosperous and enduring golden ages in Chinese history, lasting more than 268 years. 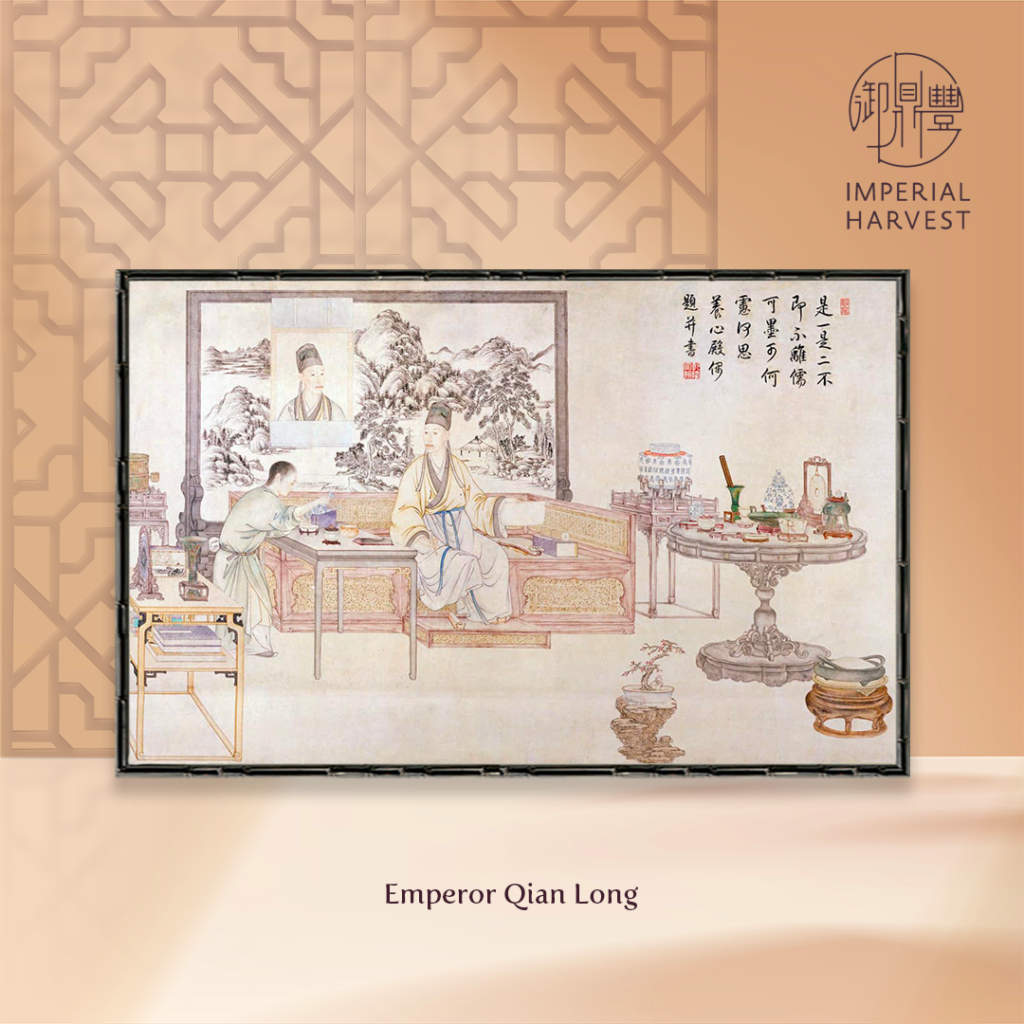 Presiding over the zenith of the Qing Dynasty, Emperor Qian Long holds great acclaim as one of the longest-reigning monarchs in history. Born on 25 September 1711, Emperor Qian Long’s birth coincided with the solar term, Qiufen (秋分). Qiufen marked the arrival of the autumnal equinox, formally indicating the middle of the autumn season in the imperial court calendar, and of the last autumn harvests before winter began.

The Qing Dynasty saw a cultural renaissance, with Emperor Qian Long seeing himself not only as its leader and military commander but also as the guardian of its cultural practices and artefacts. His devotion and affinity toward Chinese culture led him to amass an extensive collection of art, ranging from paintings to sculptures and carvings. These works were strategically installed around the Forbidden City, adorning its halls for Emperor Qian Long’s pleasure, looking to them for guidance and inspiration for his everyday imperial duties.

Mountains and the Benefactor Sector

Imperial Feng Shui classics state, “山管人丁, 水管财”, which translates to “Mountains govern benefactors, authority and harmony while water governs wealth”. Static and stable, mountains represent the power and support gained from benefactors. The power of the benefactor sector is, therefore, harnessed through the activation of the mountain stars. 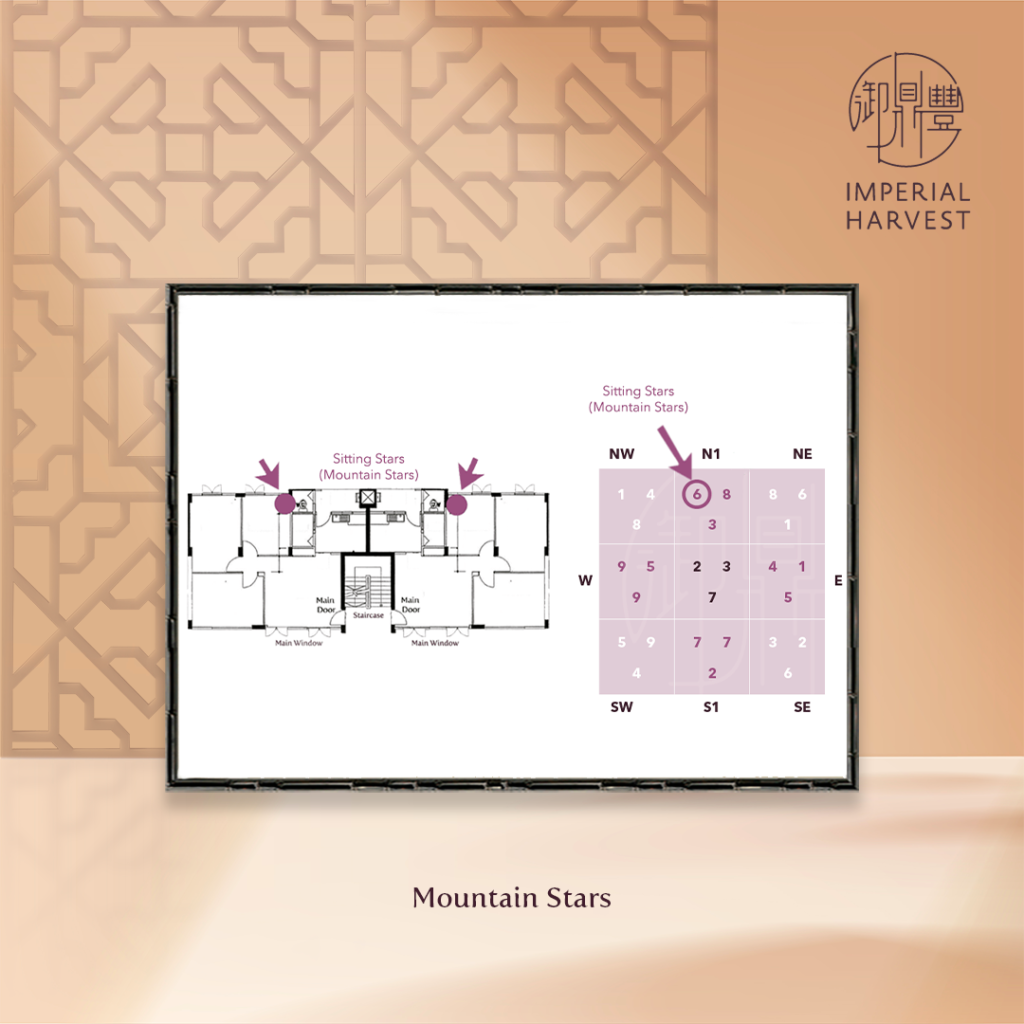 Mountains regulated the cosmic order and ensured permanence in Chinese cosmology, garnering great reverence. Their monumental roles were reflected within the Chinese imperial court, with generations upon generations of emperors proudly emblazoning mountain imagery across their thrones to symbolise their authority and mandate to rule.

Emperor Qian Long understood the importance of auspicious mountain stars in activating and harnessing the benefactor sectors, and called upon his trusted Imperial Feng Shui advisors to ensure that such principles were adhered to. However, it was technically challenging and economically unfeasible to orient and construct imperial complexes to harness auspicious mountain landforms every 20 years, according to the length of a single Feng Shui period. 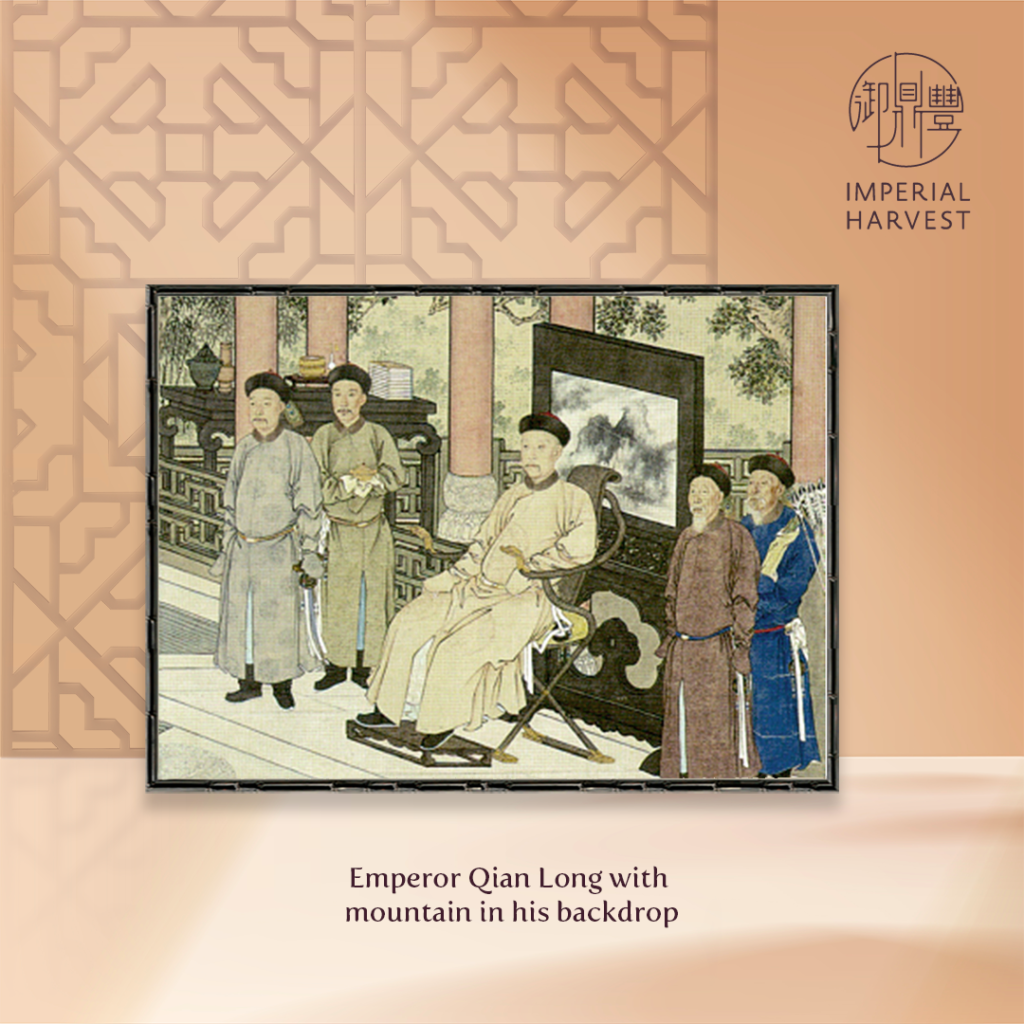 These considerations gave rise to the commissioning of the first Qian Long Jadeite Mountain in the late 18th century. This powerful artefact was an ingenious yet practical alternative to the continual reorientation and reconstruction of imperial complexes. The activation of the mountain star by these visual representations of mountain landforms catalysed the prosperity and success of the Qing Dynasty, marking it as one of the most successful in Chinese dynastic history.

Originally conceptualised as a practical means of leveraging auspicious mountain landforms, Imperial Harvest today reimagines this innovative artefact, culminating in a masterpiece of gemstone carving that pays tribute to the legacy of Emperor Qian Long and the Qing Dynasty. 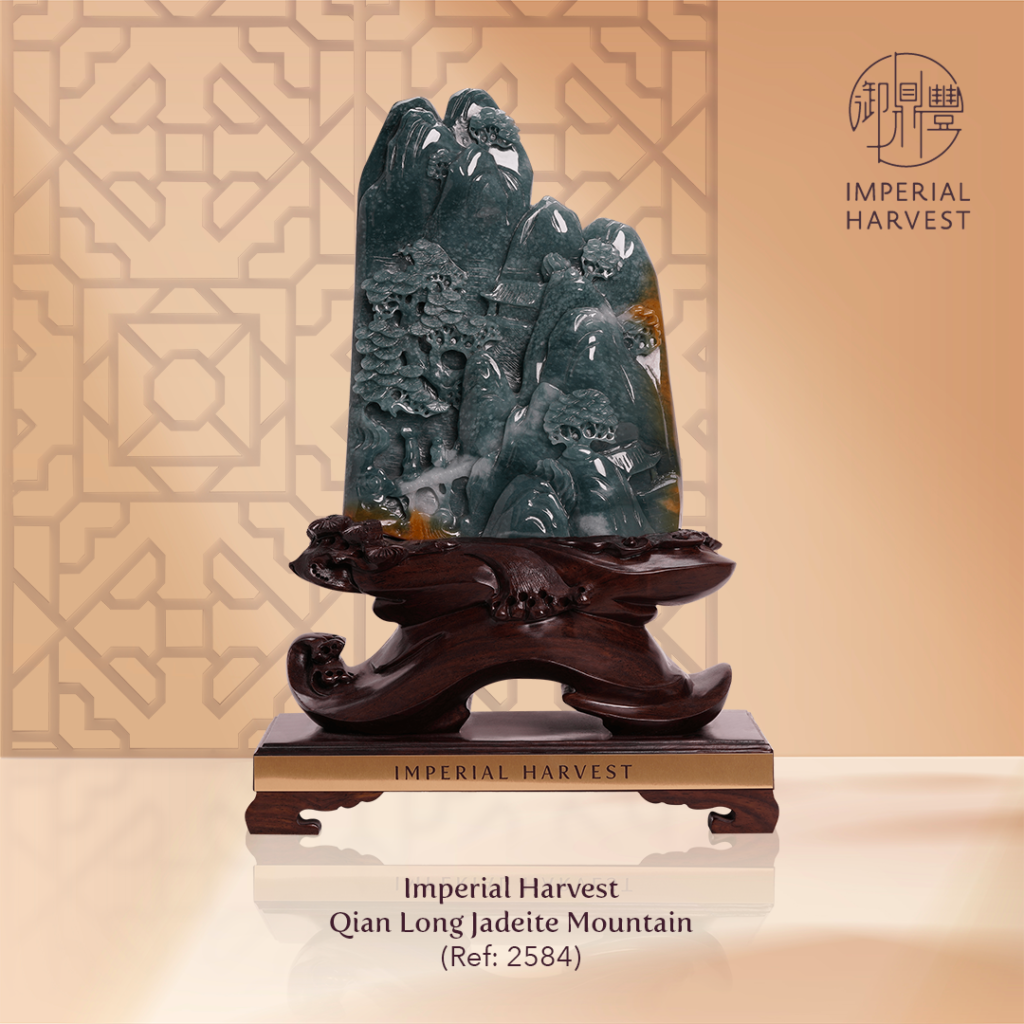 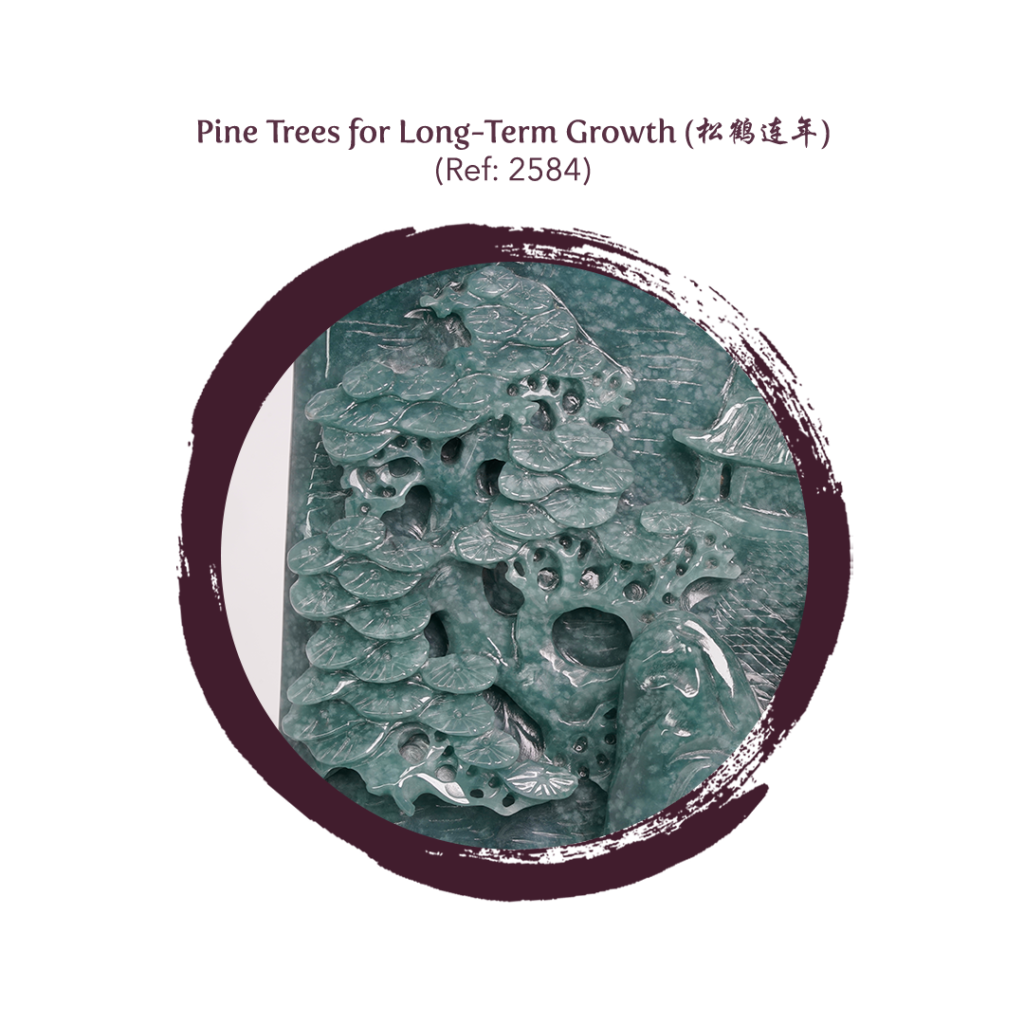 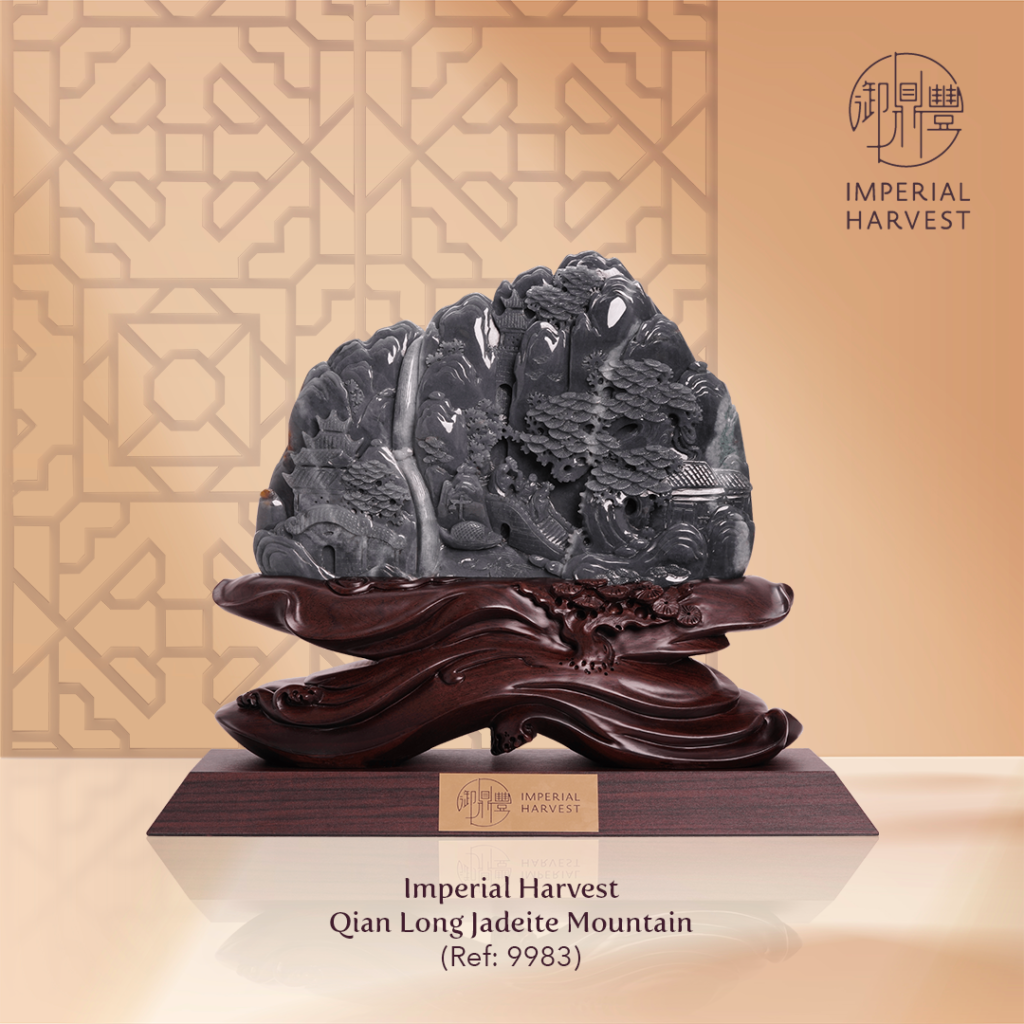 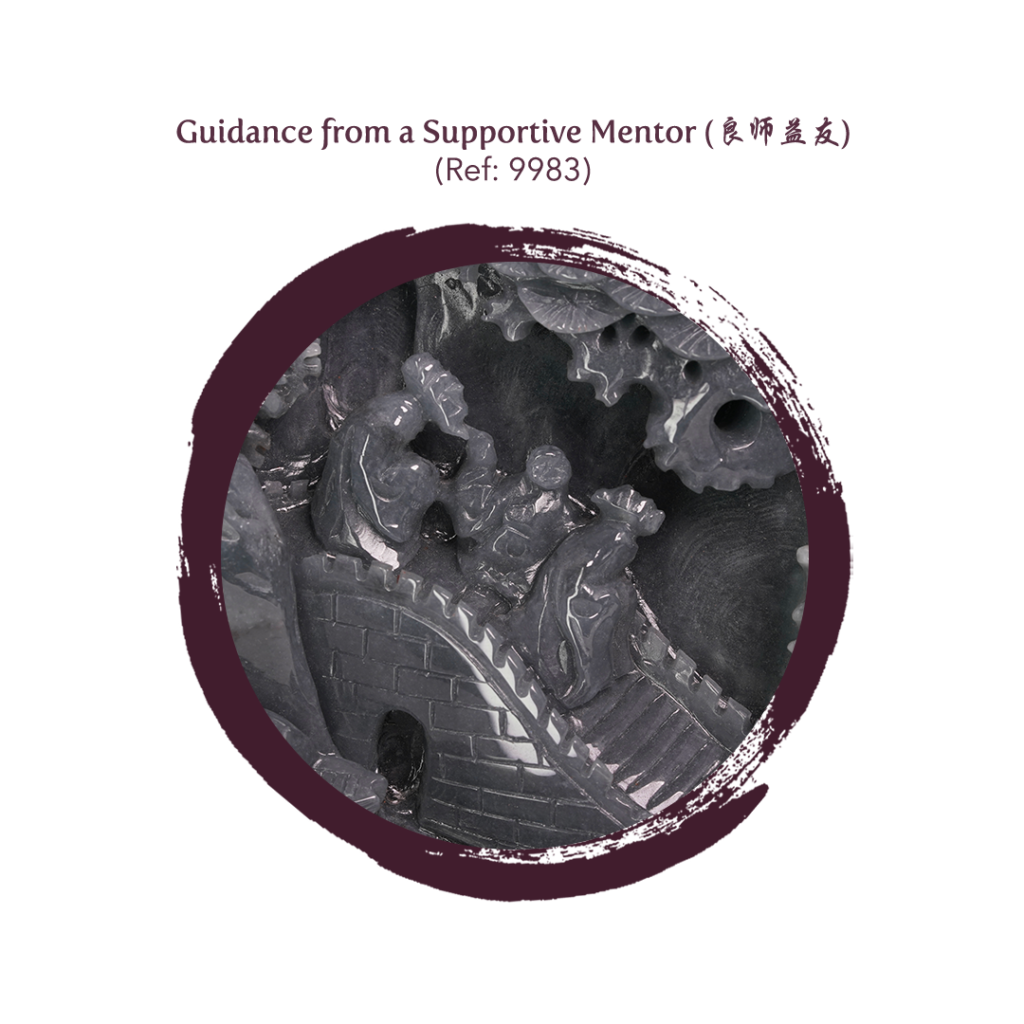 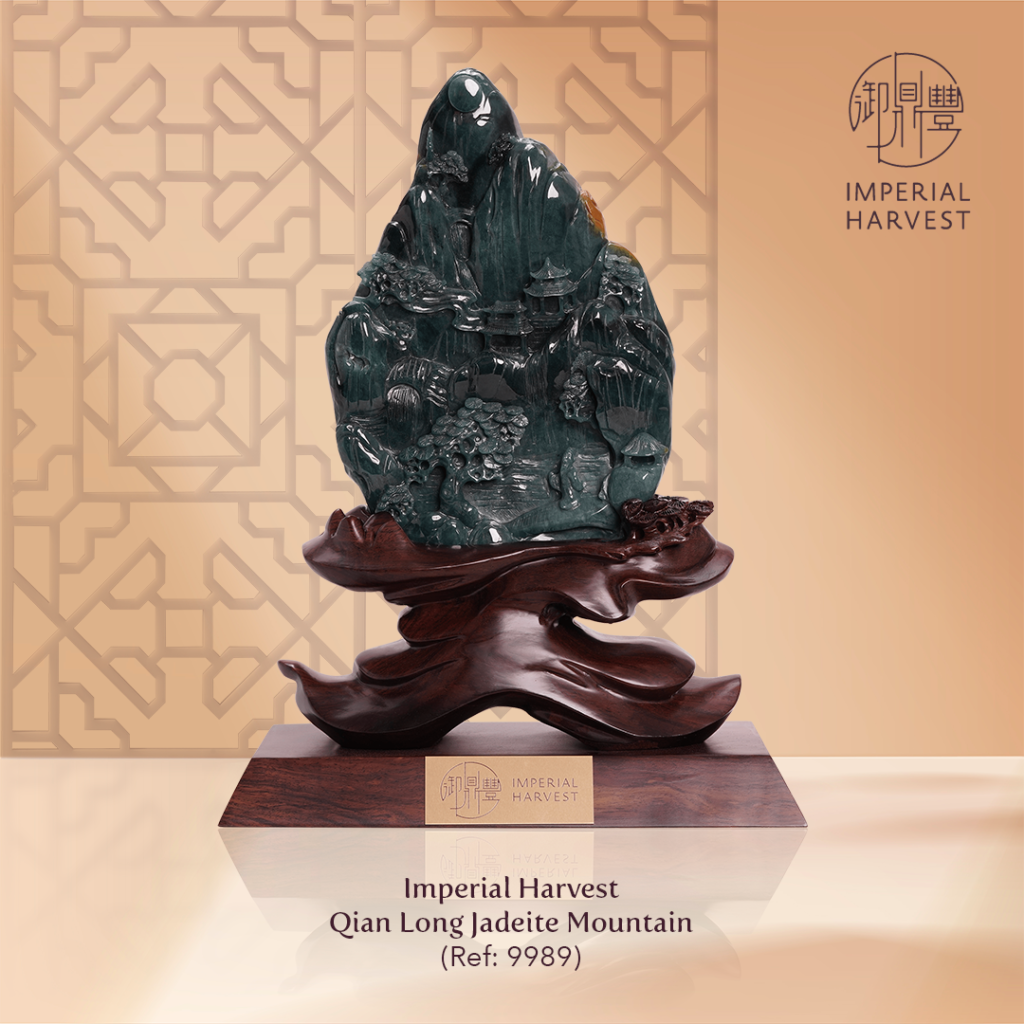 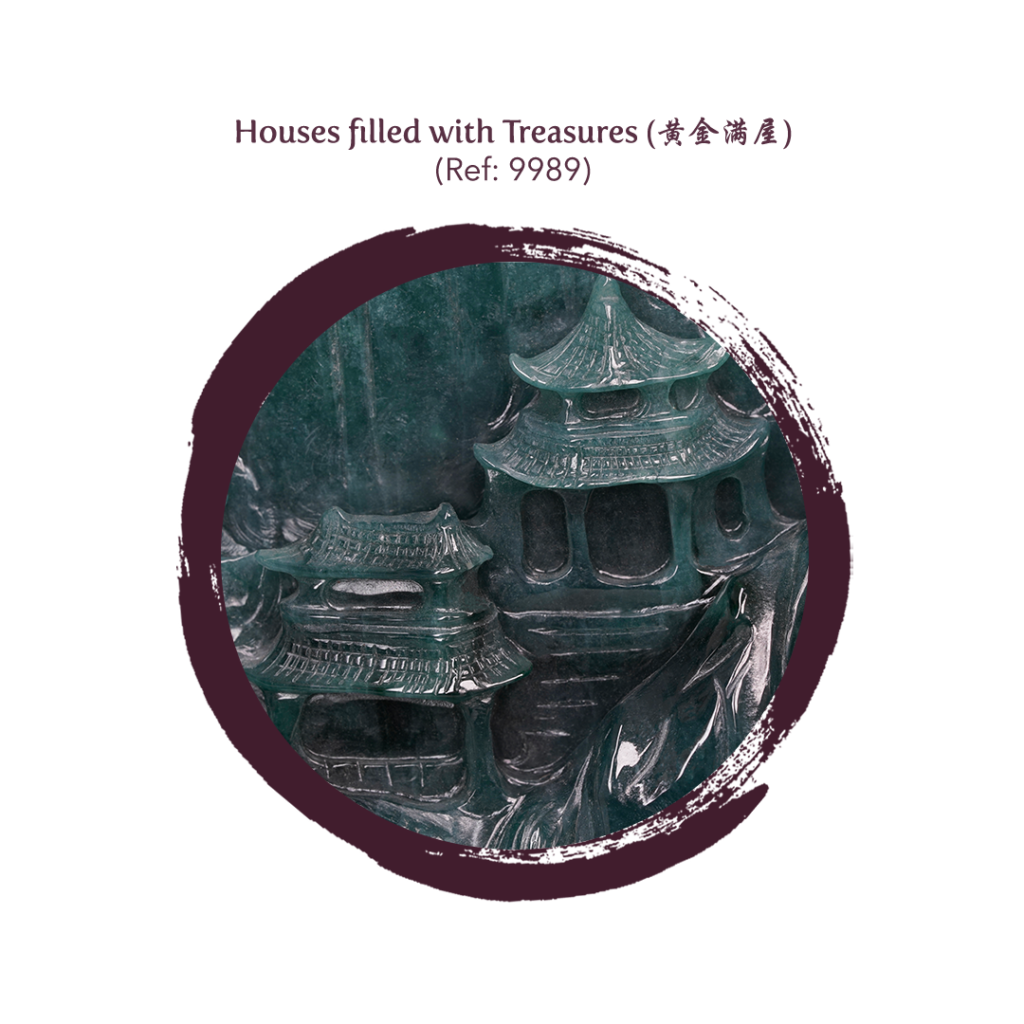 Meticulously carved and hand-polished by master craftsmen, their expertise translates into an exquisite depiction of various textures and scenes within each Imperial Harvest jadeite treasure, resulting in an Imperial Harvest Qian Long Jadeite Mountain that achieves unparalleled detail and lustre.

Activating the benefactor sectors in homes, offices and other property spaces, the Imperial Harvest Qian Long Jadeite Mountain channels the auspicious properties of mountain landforms, empowering its destined owner with the same benefactor support and authority that catalysed the successes of past emperors.