Posted by Imperial Harvest on 15 January 2021

Throughout Chinese history, jade has been labouriously carved and polished into all manners of objects from jewellery to desk ornaments to even cups. They dutifully capture the ethics, ideologies, culture and the style of art of the particular period they are created in. Such is their historical significance that they have been often used to study the geopolitical and societal progress of ancient China.

Nonetheless, jade began life quite differently. It was cherished as a talisman that bestowed long life and good luck on its owner, while serving as a way for people to build spiritual connections with their ancestors and deities. It was also prized for its durability, later emerging into a symbol of authority and status. In fact, it is widely regarded as the most precious stone in ancient China. 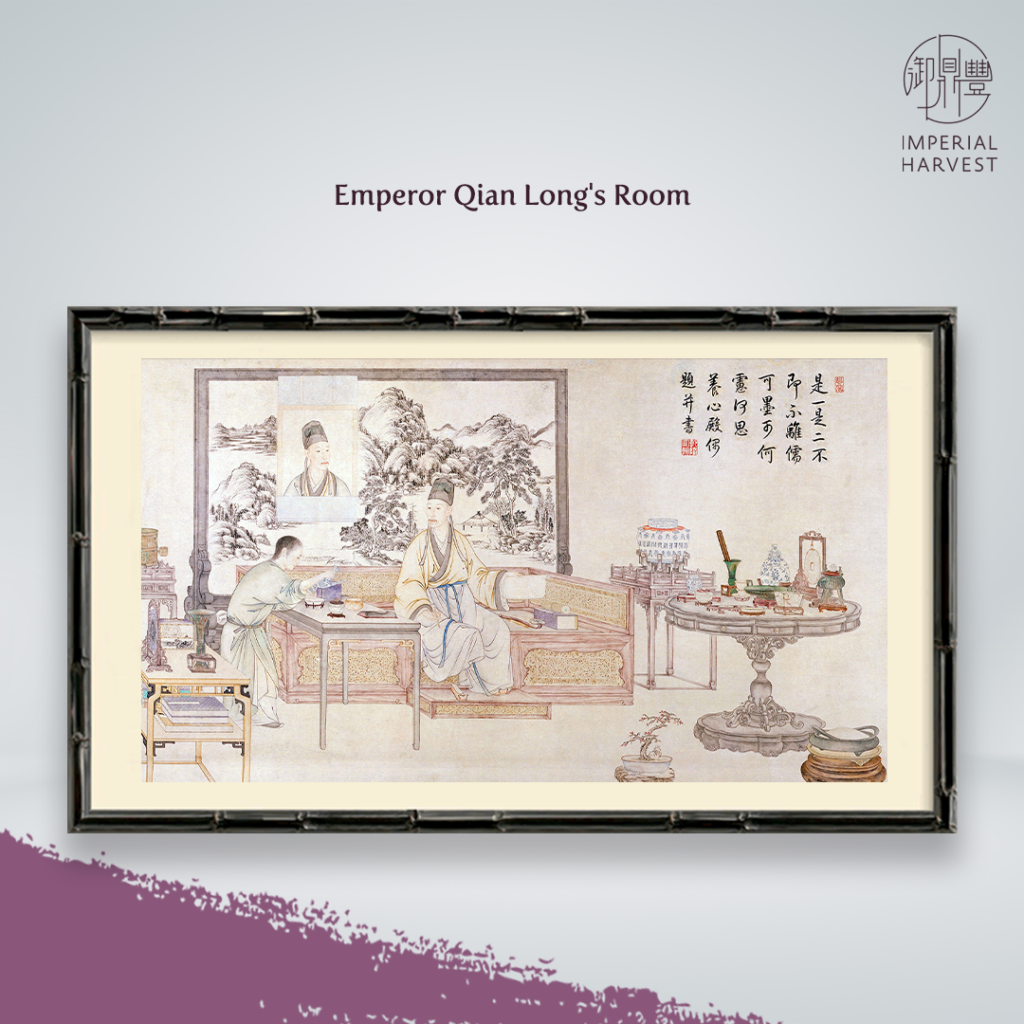 Yet above all, there was one category of jade that stood out during the Qing dynasty. Emperor Qian Long, the most unyielding advocate of Imperial Feng Shui and whose influence has given birth to numerous jade pieces with exceptional portraits of life in ancient China, was insistent on furnishing his palace with jadeite table screens. Today, the surviving jadeite table screens continue to fetch millions at international auction houses.

In this article, we explore this special type of jade and look at its history and heritage. We will also be offering an exclusive preview of Imperial Harvest’s Exquisite Jadeite Paintings, the world’s first jadeite paintings and a groundbreaking reimagination of these rare jadeite table screens by Master David.

What are Jadeite Table Screens? 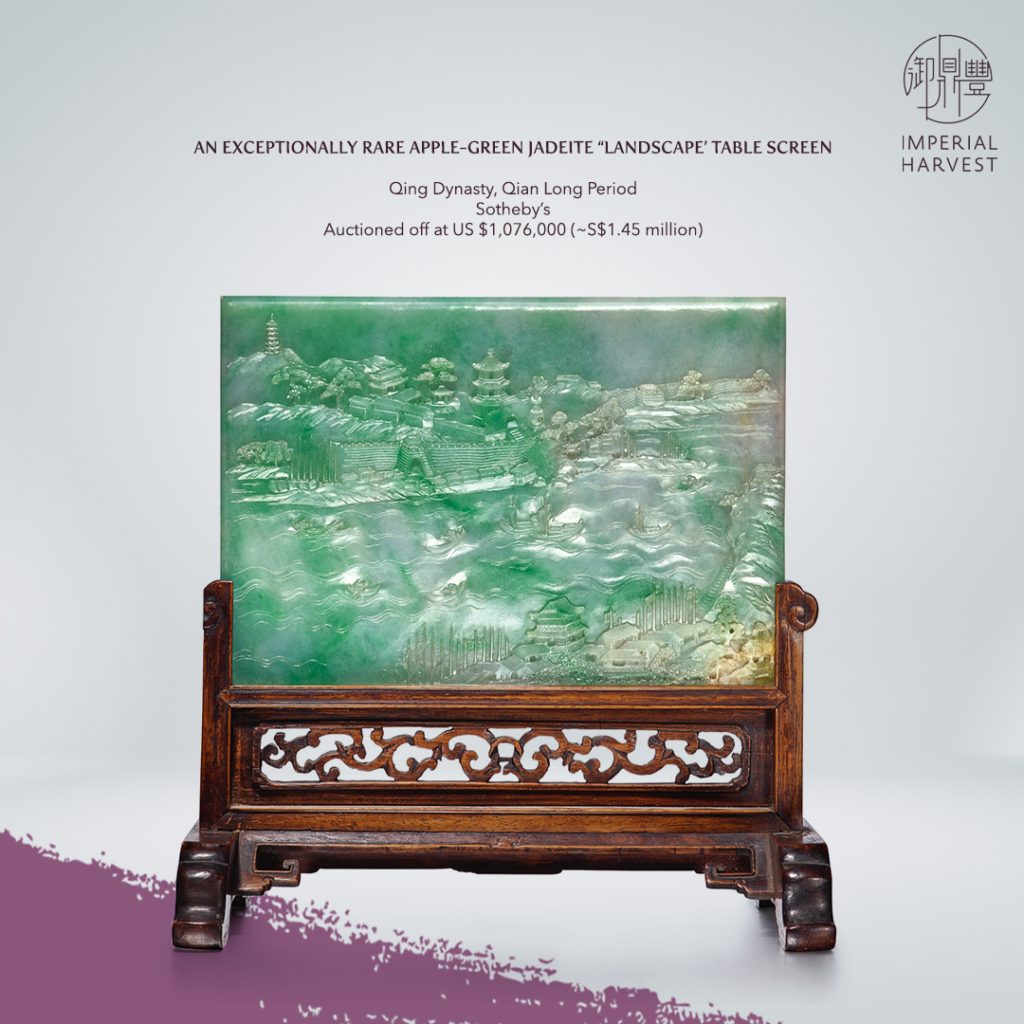 To execute this effect flawlessly, only the most translucent jadeite must be chosen. The result is a nuanced and masterful depiction of various textures such as rippling water, the scales on a dragon and the petals of a flower. As large pieces of such jadeite were not very accessible until the Qing dynasty, jadeite table screens were seldom embarked on before the aforementioned period.

Hence, jadeite table screens are hugely representative of the 18th century in China. The Qian Long Emperor commissioned a number of classical paintings from his own collection to be reproduced in jade, including the much-celebrated ‘Travelling in the Mountains’ by the eminent Guan Tong, who hailed from the early Song dynasty. 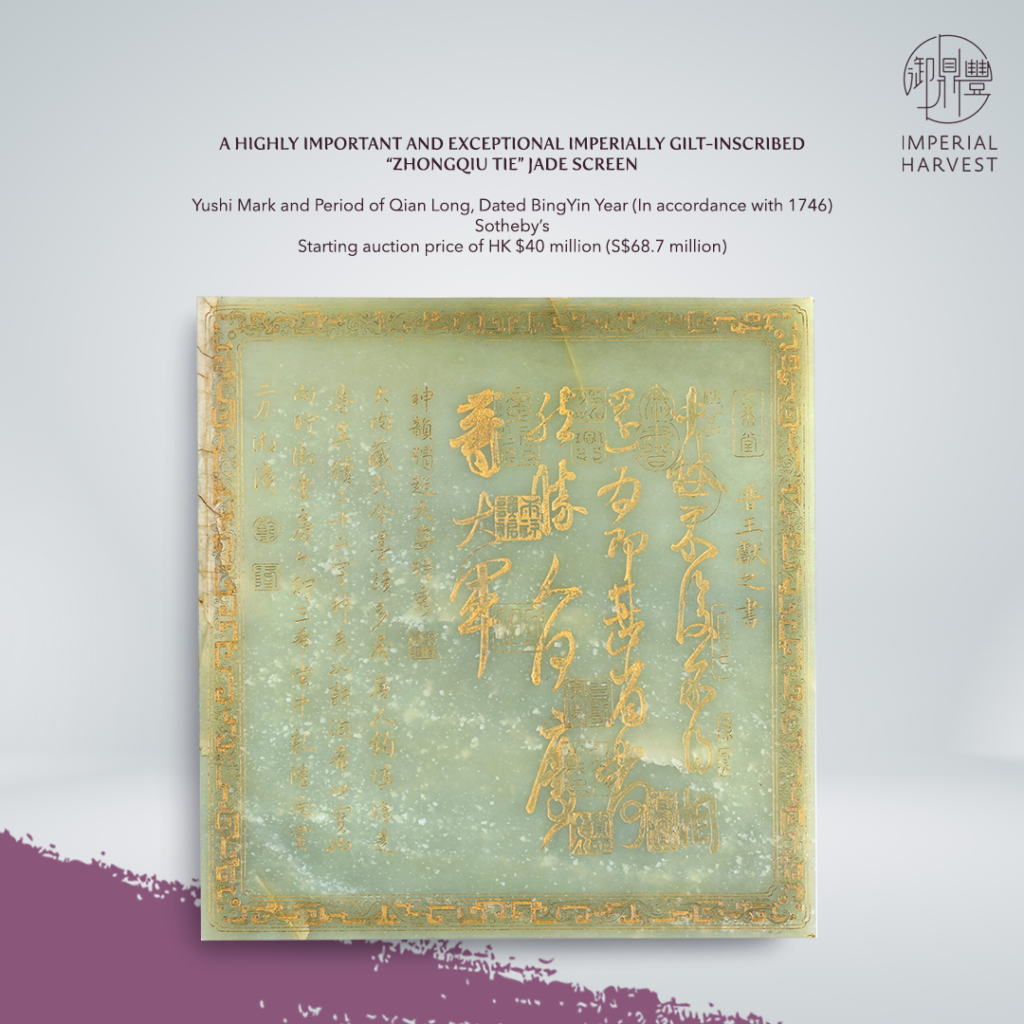 So fond was the Qian Long Emperor of jadeite table screens that he even used them as a vessel for the most important scholarly works of the past centuries. The jadeite table screen above, in particular, incorporated the manuscript of Wang Xianzhi, a famous Chinese calligrapher from the Eastern Jin dynasty. Designed to imitate the swift and decisive brushwork of the original manuscript, the inscription is also weaved with the Qianlong Emperor’s own poem and imperial seal marks.

Famous for his military conquests, the Qian Long Emperor had led his troops to occupy the Eastern Turkestan (modern-day Xinjiang region) from 1759 till his death in 1796. This gave him access to a massive supply of raw jadeite needed to craft the jadeite table screens – the finest of which are often attributed to the Qian Long Emperor’s reign.

There are two main groups of stars in Imperial Feng Shui, namely Mountain Star and Water Star. “山管人丁，水管财” (“Mountains govern benefactors, authority and harmony while Water governs wealth”) is one of the most important principles in the classics of Imperial Feng Shui.

This principle reiterates the most important factor in Imperial Feng Shui in that the balance of Yin and Yang is the key to achieving success in life.

As Mountains represent Yin, and Water represents Yang and governs wealth luck, Imperial Home Feng Shui is defined as achieving a balance of elements and Yin and Yang within your home or office space.

Today, the surviving jadeite table screens from the Qing are prized by collectors not only for their historical significance, but also for their unparalleled craftsmanship and elegance.

These treasures are usually buttressed by intricately carved supports – the same way they stood on the desk of every government official within the Forbidden City. 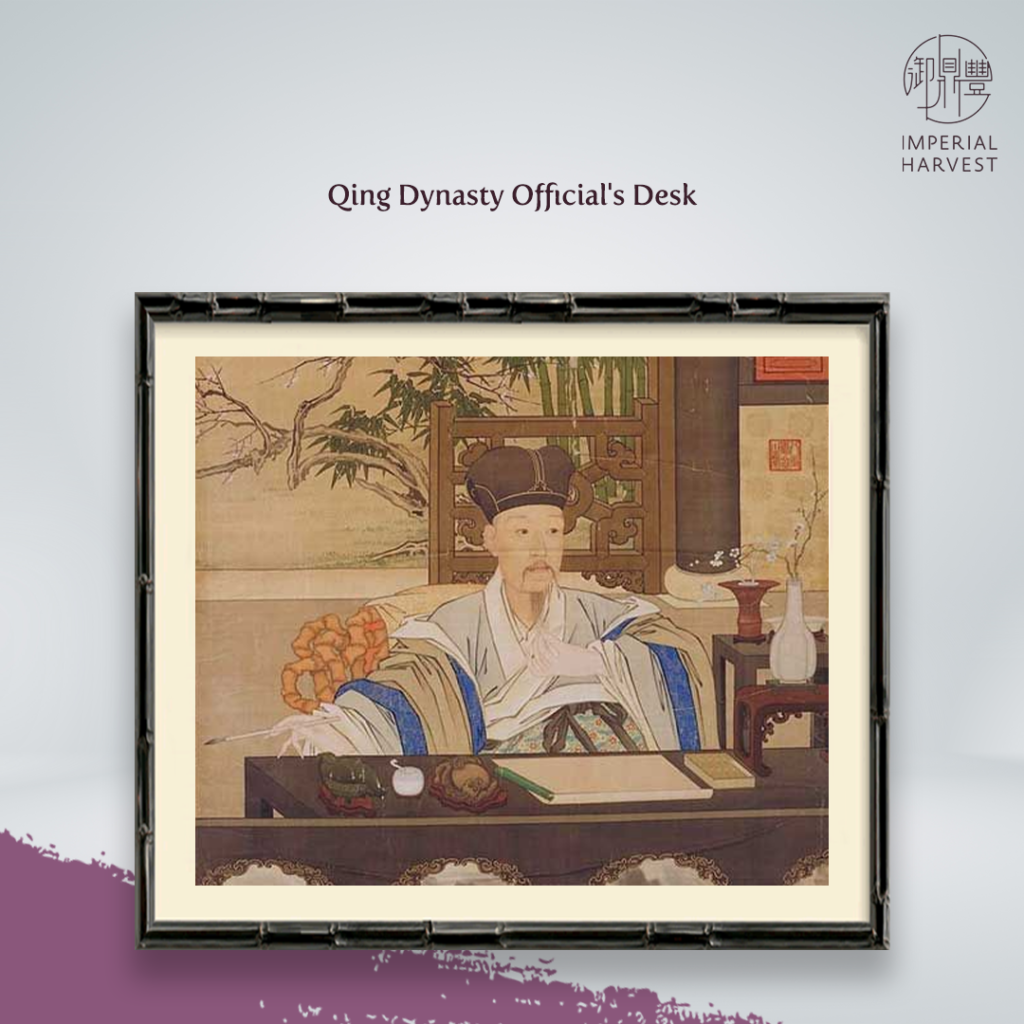 The activation of the Water Star empowered Emperor Qian Long and his team of trusted government officials to achieve robust economic growth, consistent agricultural yield, social peace and stability. As a capable and cultured ruler, Emperor Qian Long led the Qing Empire to its most splendid and prosperous era, boasting a large population and thriving economy during his long reign.

Activation of the Water Star in Modern Context

In modern context, activating the water star translates to empowering the occupants with wealth, opportunities and intuition to achieve financial success and breakthroughs.

For career professionals, activating the water star in your house or office empowers you to secure consistent career progression, company-wide recognition of your work and multiple job offers with attractive pay increments.

For sales professionals, activating the water star in your house or office enables you to achieve consistent growth in your sales, a significant increase in the number of organic referrals and smooth- sailing conversion of leads.

For business owners, activating the water star in your house or office helps you to propel your business to exponential growth, generating multi-figure revenues and a million-dollar valuation.

For investors, activating the water star in your house or office empowers you to expand your portfolio with confidence and earn consistent returns on your investments.

The reason for the few surviving Qian Long Jadeite Table Screen is because they are quite fragile. Coupled with the fact that they are extremely difficult to craft, you would be hard-pressed to find them sitting on any desk today.

The Qian Long Jadeite Table Screens are no longer relevant in modern context. 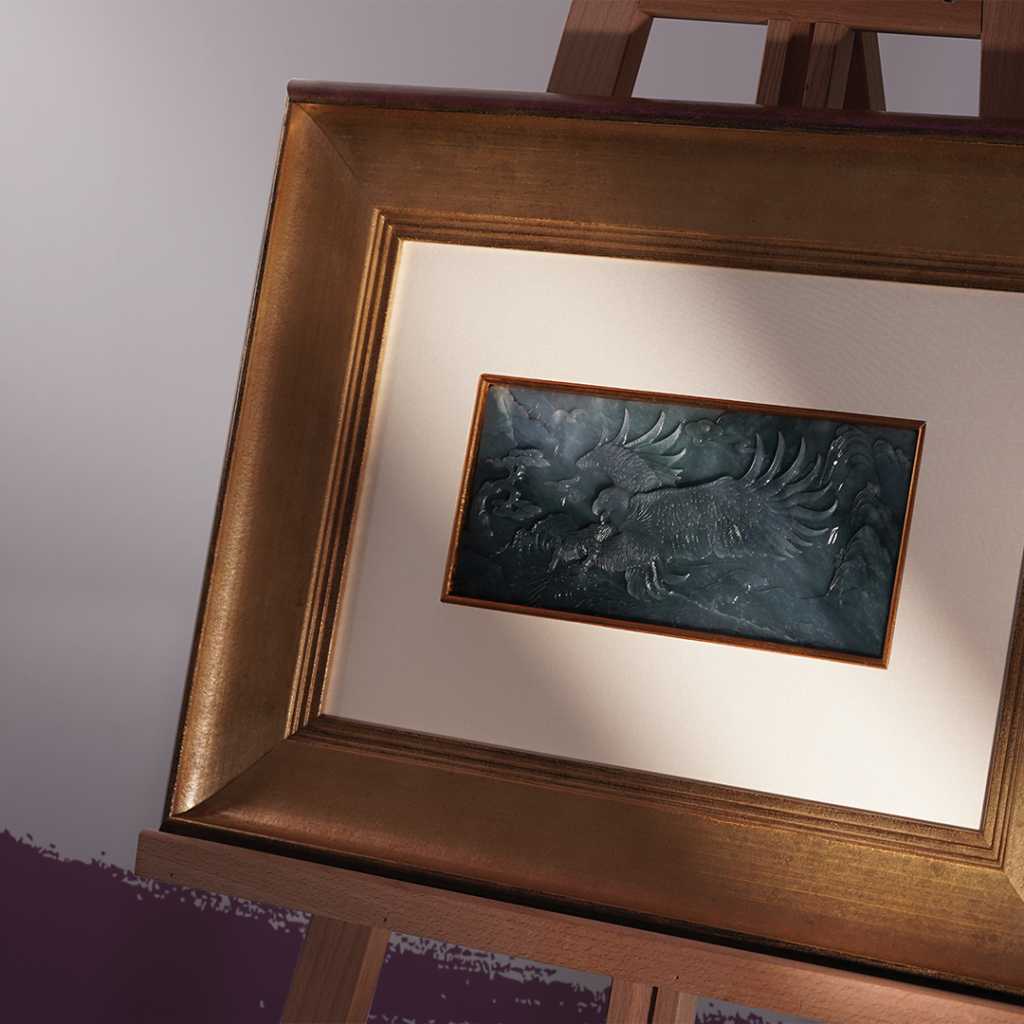 Each jadeite painting is housed in a sturdy gold-brushed frame crafted from Italian pine wood and nestled in hand-woven natural silk. The result is a luxe collection that befits a contemporary home while still paying homage to one of the most monumental artifacts in Chinese history.

When hung at the wealth sector of your house or office space, the Imperial Harvest’s Exquisite Jadeite Paintings exude the famed Water Star activation properties that the traditional jadeite table screens have. 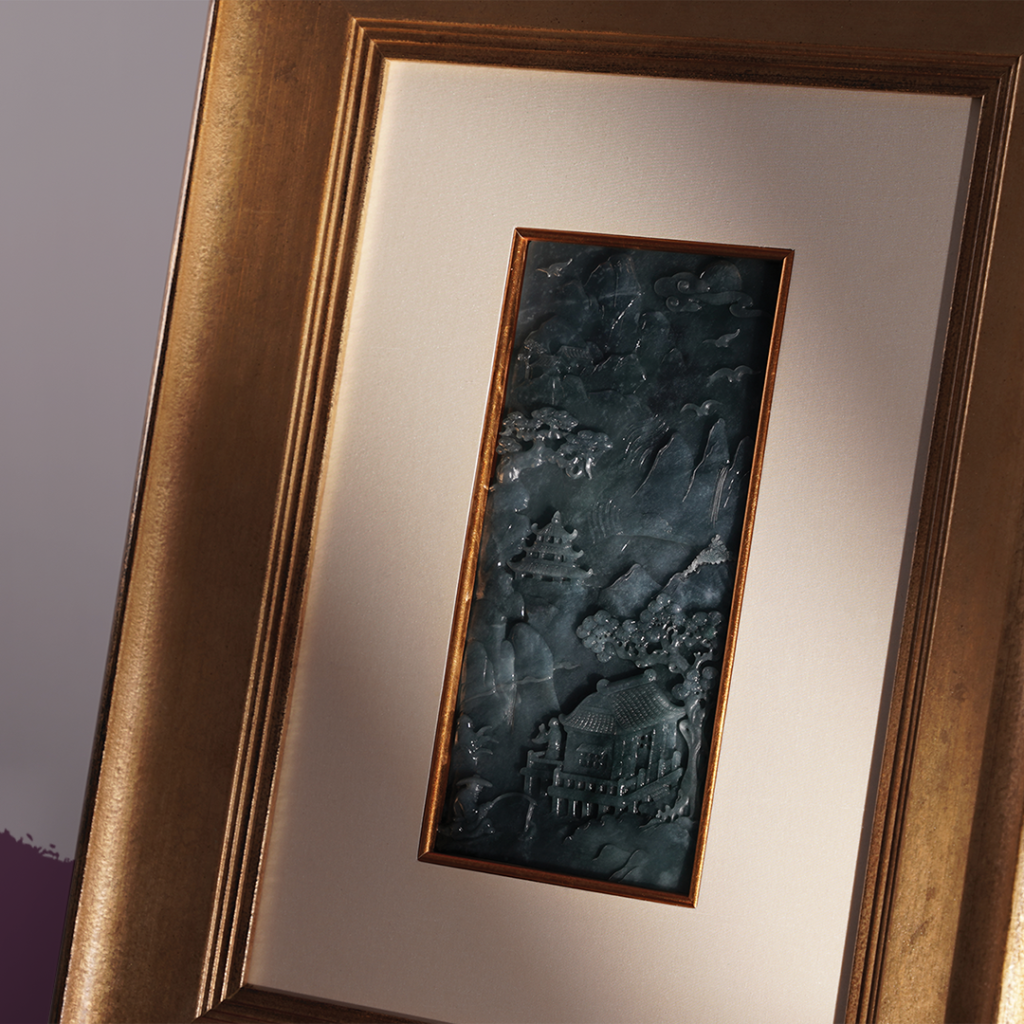 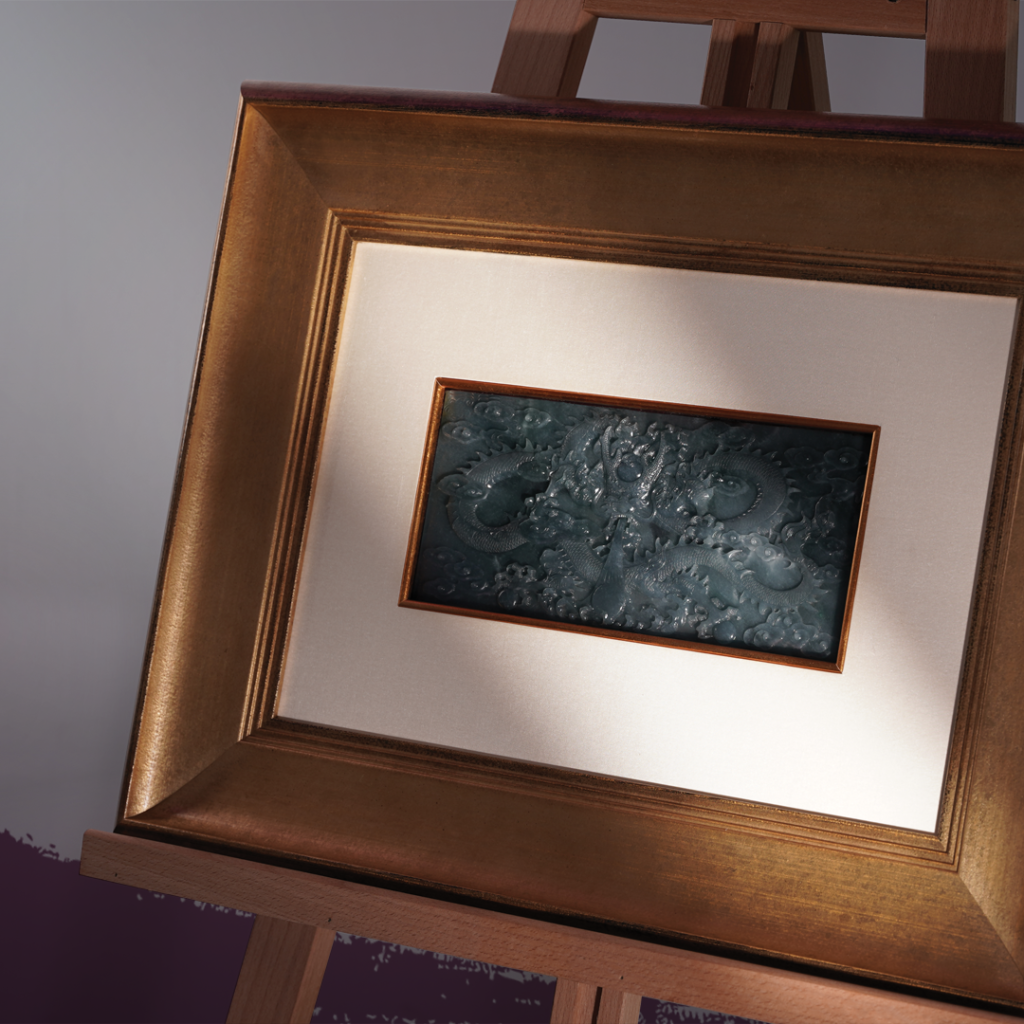