Posted by Imperial Harvest on 18 August 2020

The Legendary Designs of the Imperial White Ink Stone – Part 2

As one of the world’s oldest civilizations, China boasts a rich history of fine art. Over the course of over 3,000 years, the country has crafted a vibrant culture made up of countless art forms that paints a picture of China’s fascinating evolution.

From a very early period, art forms like calligraphy, poetry, sculpture and paintwork were considered the supreme visual art form, which were highly valued by the high-rankings and educated during imperial dynasty rule.

The intricate designs of the Imperial White ink stones draw references from the works of some of the most admired Chinese artists. Inspired by the clean and precise painting style of one the most important artists of contemporary China, Master David created the Royal Panda collection to pay tribute to the widely acclaimed, Wu Zuoren.

Born on November 3, 1908 in Suzhou, China, he studied painting under renowned artist Xu Beihong (徐悲鸿) at Shanghai University of the Arts. 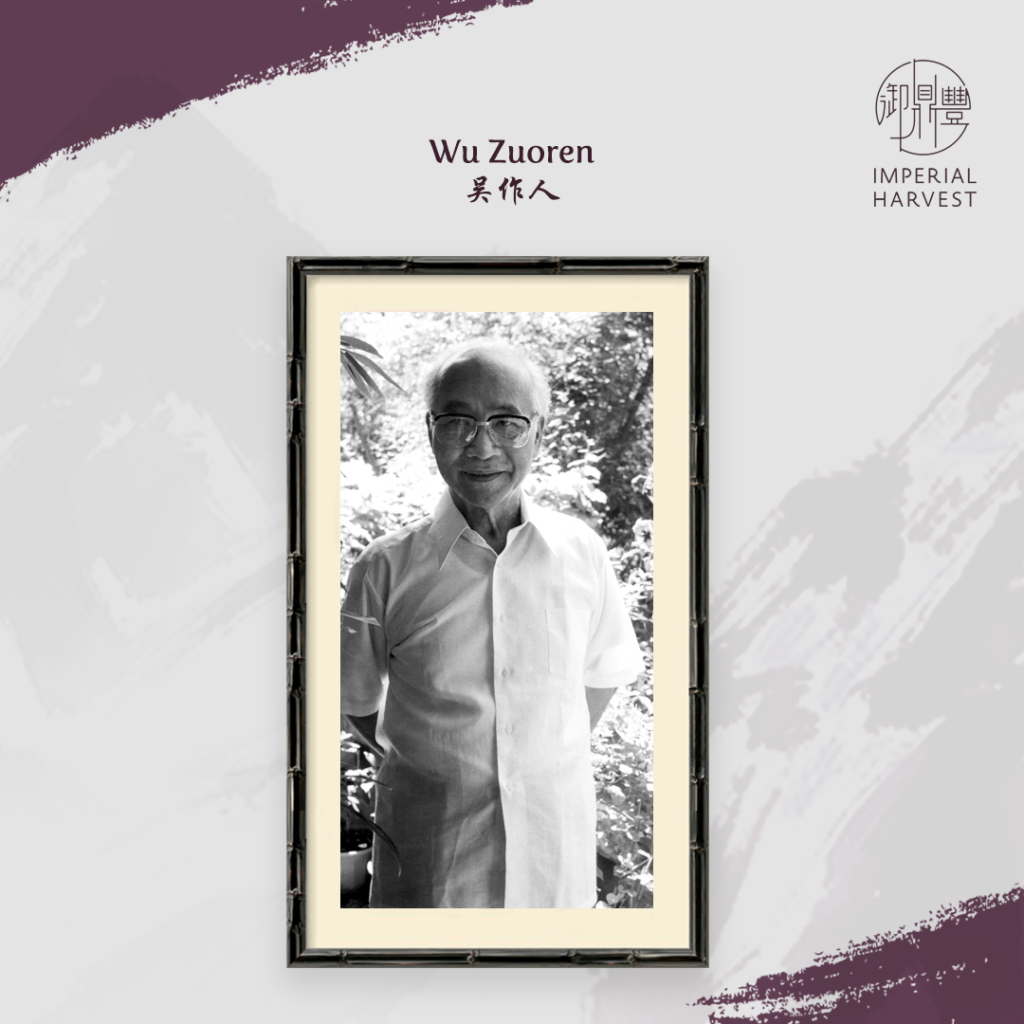 Wu Zuoren is renowned for his illustrations of scenery and nature, his work are fine examples of combining the art of traditional Chinese painting with that of Western painting. Simplicity, clear expression and vigour mark the works of this widely acclaimed artist. 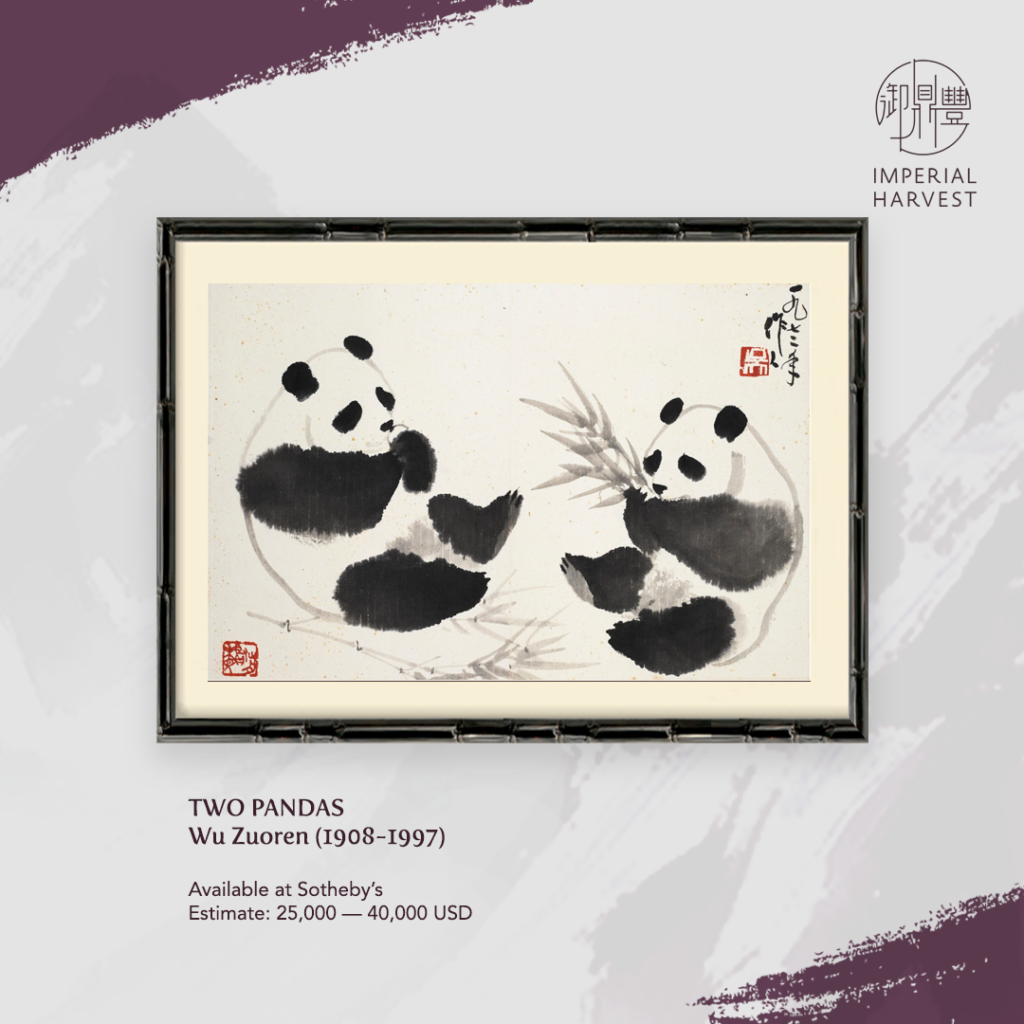 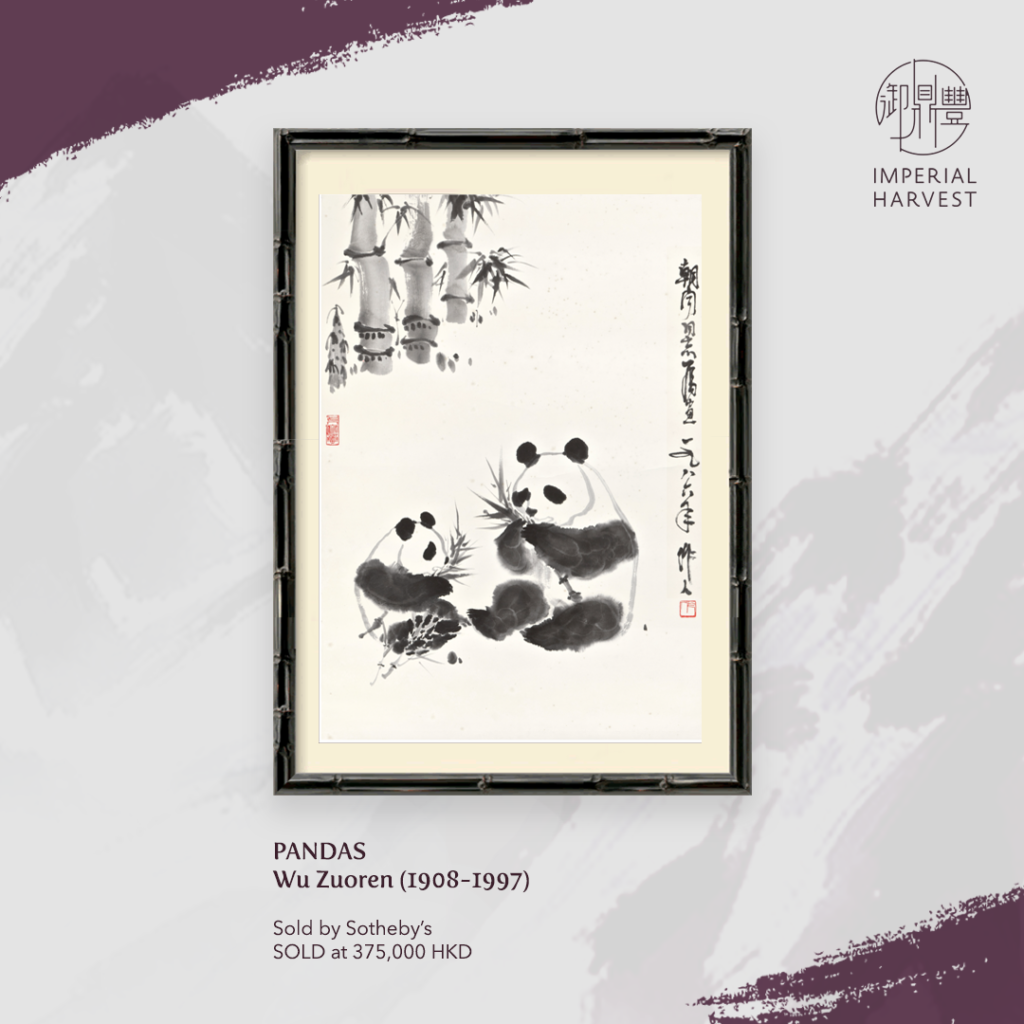 In 1963, Wu Zuoren set out to change the face of China when he was presented with the opportunity to design postage stamps for the People’s Republic of China. Already well known for his ink wash paintings of giant pandas in their natural habitat and other animals such as yaks and camels, Wu Zuoren’s giant panda stamps first issued in 1963 formally established the giant panda as the emblem of the new China. 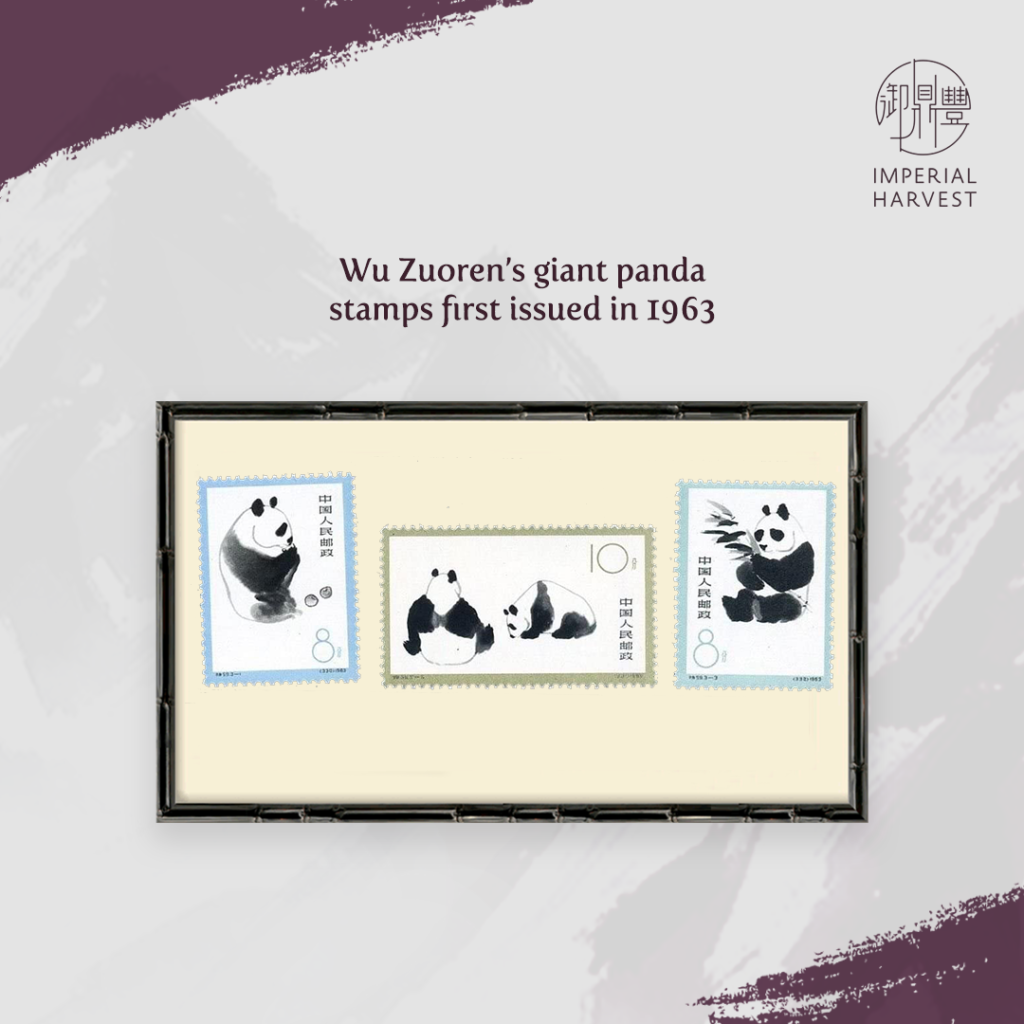 Today, he is remembered as one of the few Chinese artists to achieve acclaim, both for his Chinese ink works and for his role in modernising the new face for the People’s Republic of China.

In Imperial Feng Shui, the Panda is the emblem of abundance, prosperity and vitality, while bamboo symbolises consistent growth and progression.

Mixing modern techniques and the use of minimal pointillism to produce a vivid effect, Master David immortalised one of China’s most admired emblems, the giant panda, by depicting them on the Emperor grade white inkstone. Once again resulting in the seamless amalgamation of Imperial Feng Shui and Chinese art. 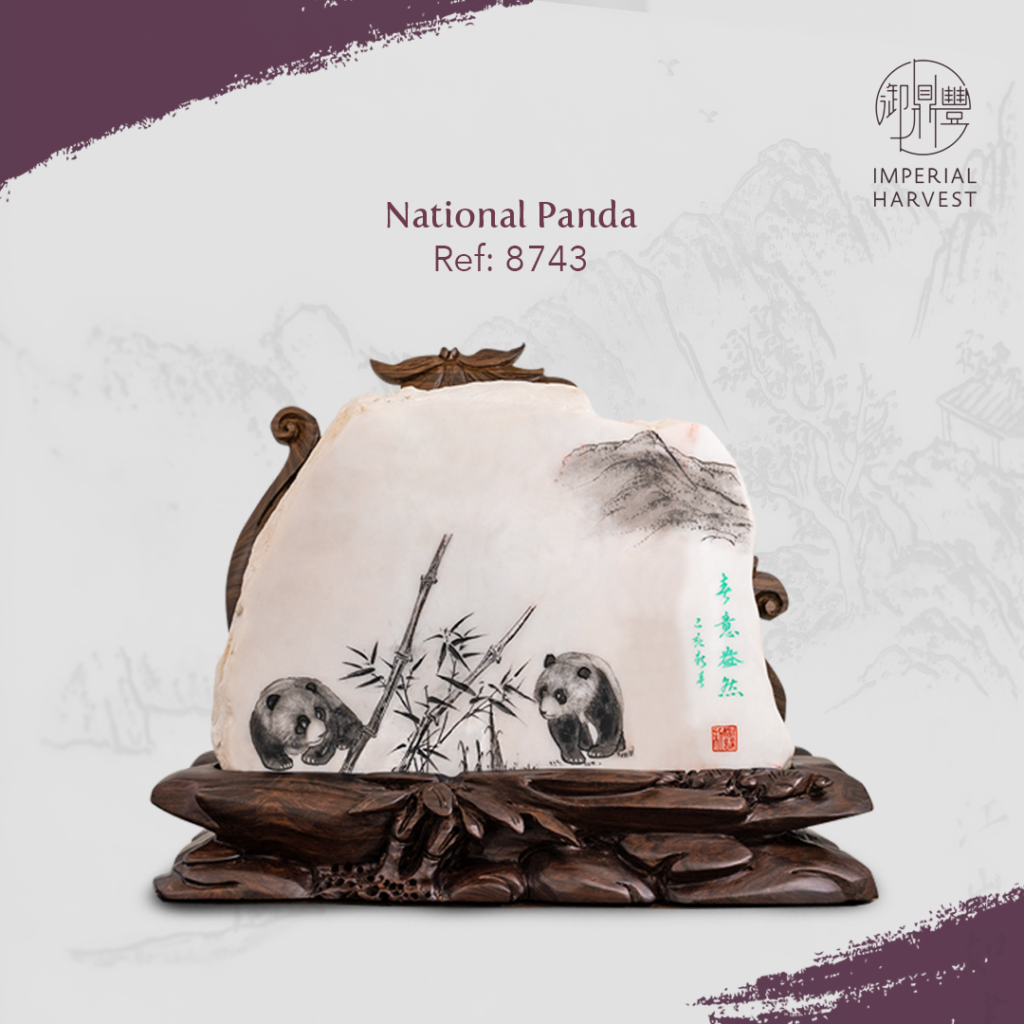 Pandas are the emblem of abundance, prosperity and vitality. For this collection, Master David depicted Pandas in their most natural setting, among the bamboo grove during spring, the season of new beginnings and opportunities.

The harmony between the lean and thick brushworks all over the Imperial White Ink Stone represents Master David’s appreciation of the balance created by the difference in thickness of brushstrokes.

However, the traditional subject of pandas in tranquil bamboo forest in Eastern art, is infused with modernity and exoticism by the multi-faceted Imperial Feng Shui master under his unlimited use of bold intertwined horizontal and vertical brushstrokes and the depth of the Imperial White Ink Stone through the contrast of light and dark colors. 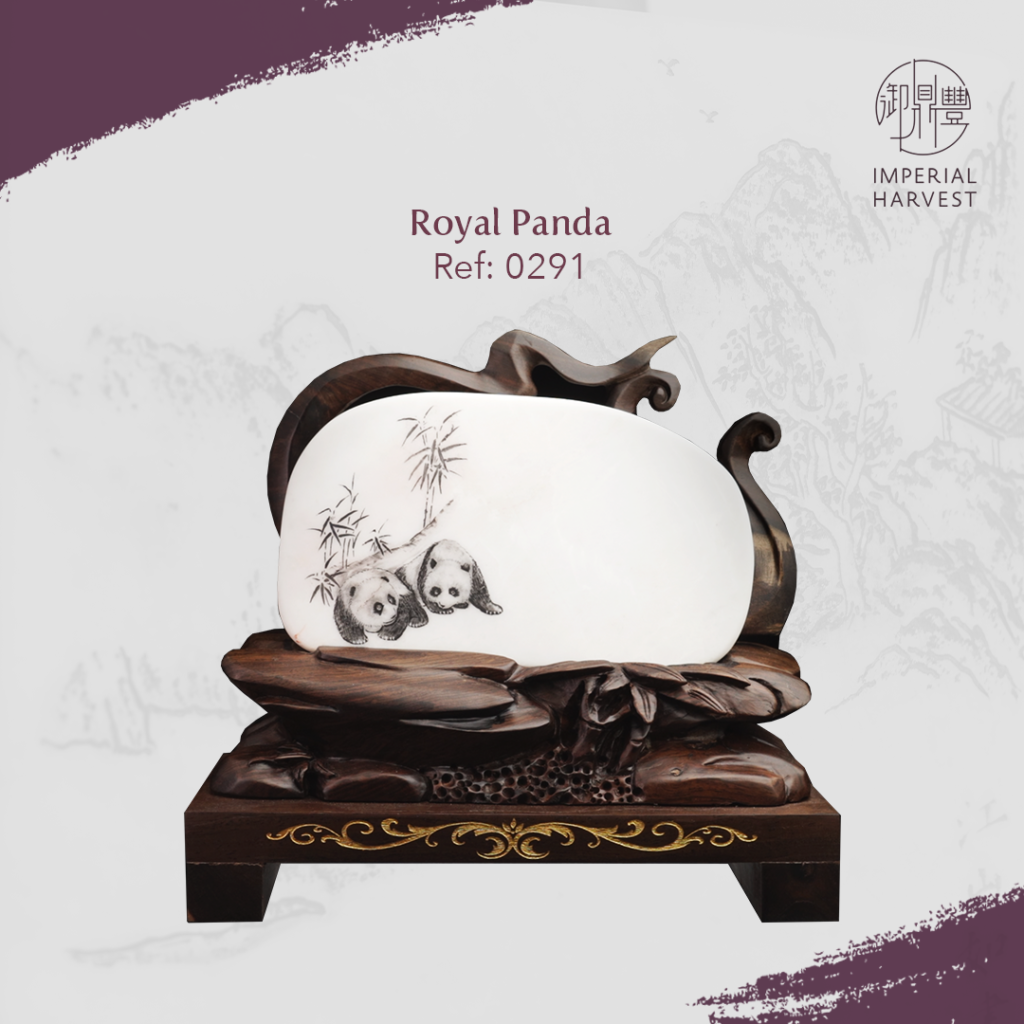