The Origins of Imperial Harvest’s Mark of Excellence 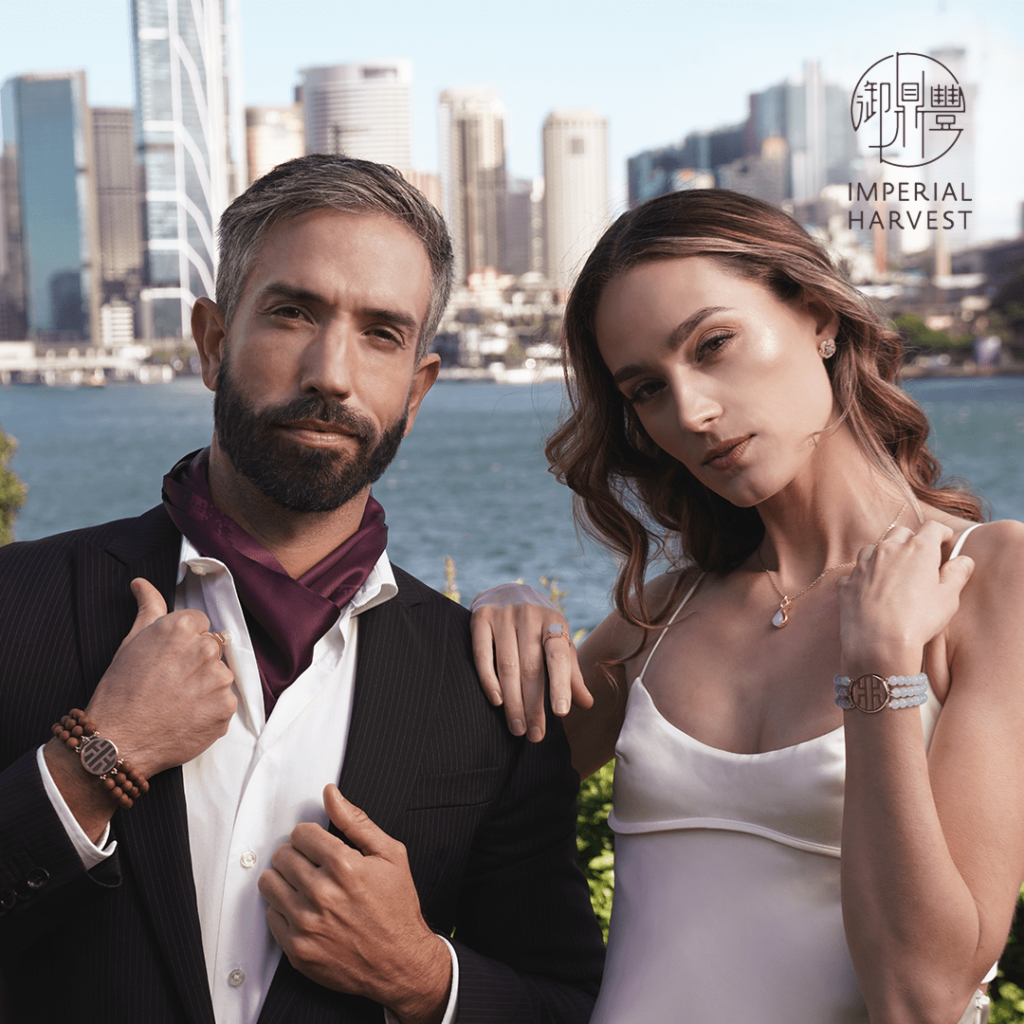 Conceptualised by Master David, this inimitable mark bears a stylised rendition of the Imperial Harvest name in Chinese characters. Since its launch, it has come to be recognised as a mark of distinguished merit by our esteemed clients and bears testament to an unwavering pursuit of perfection and excellence. 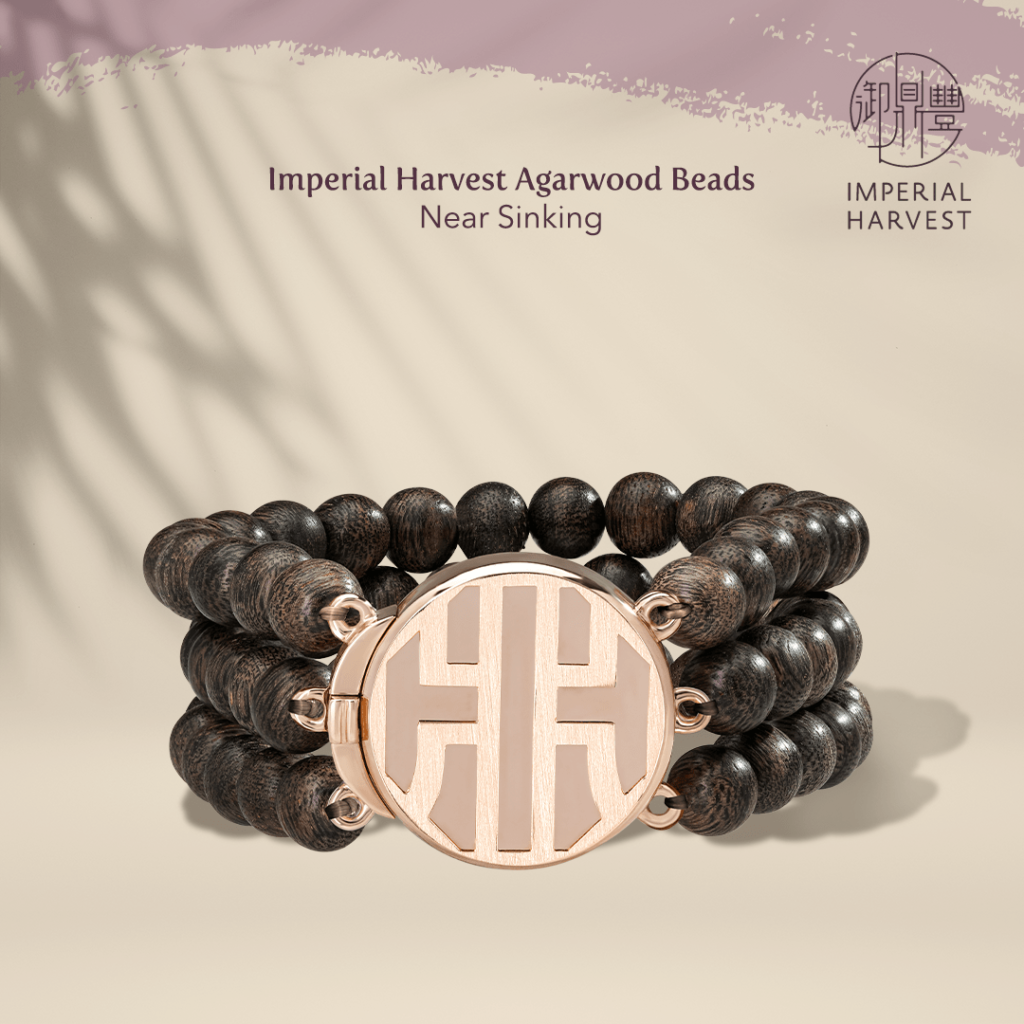 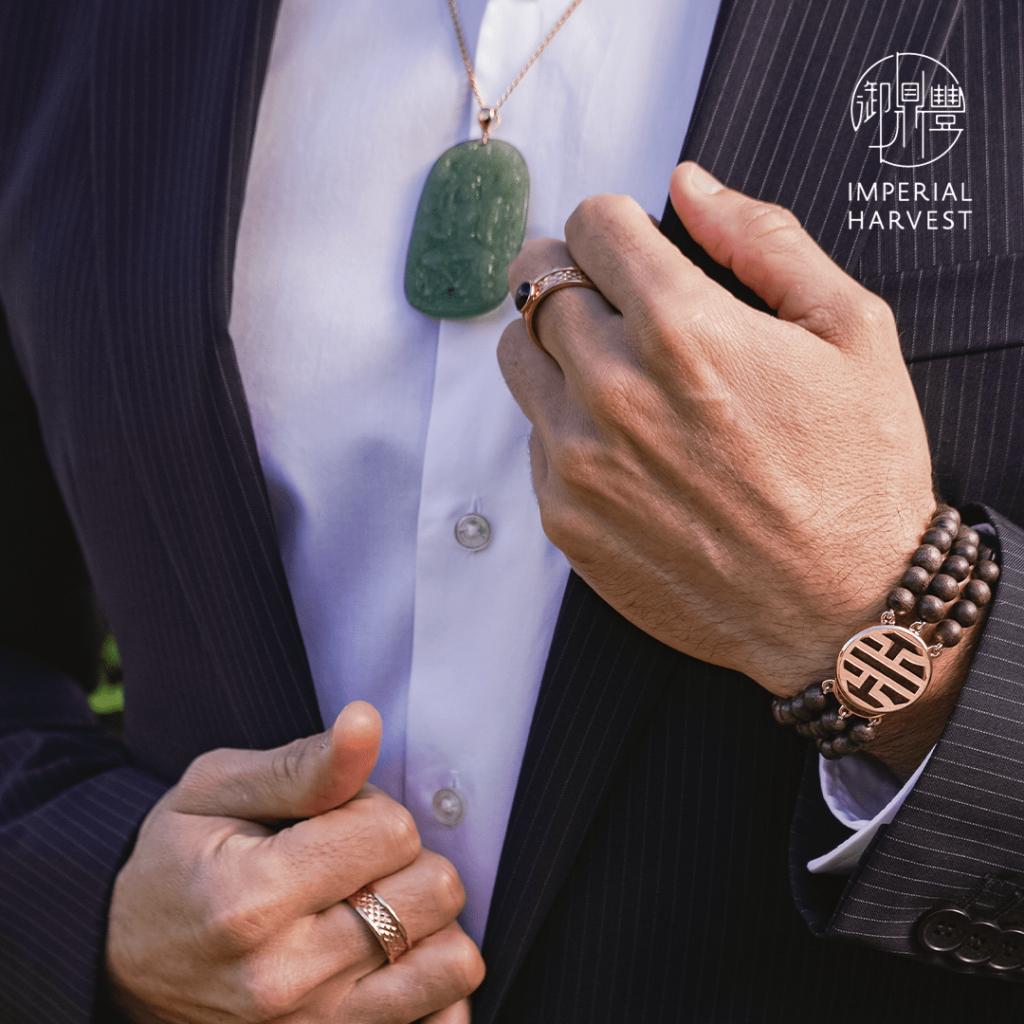 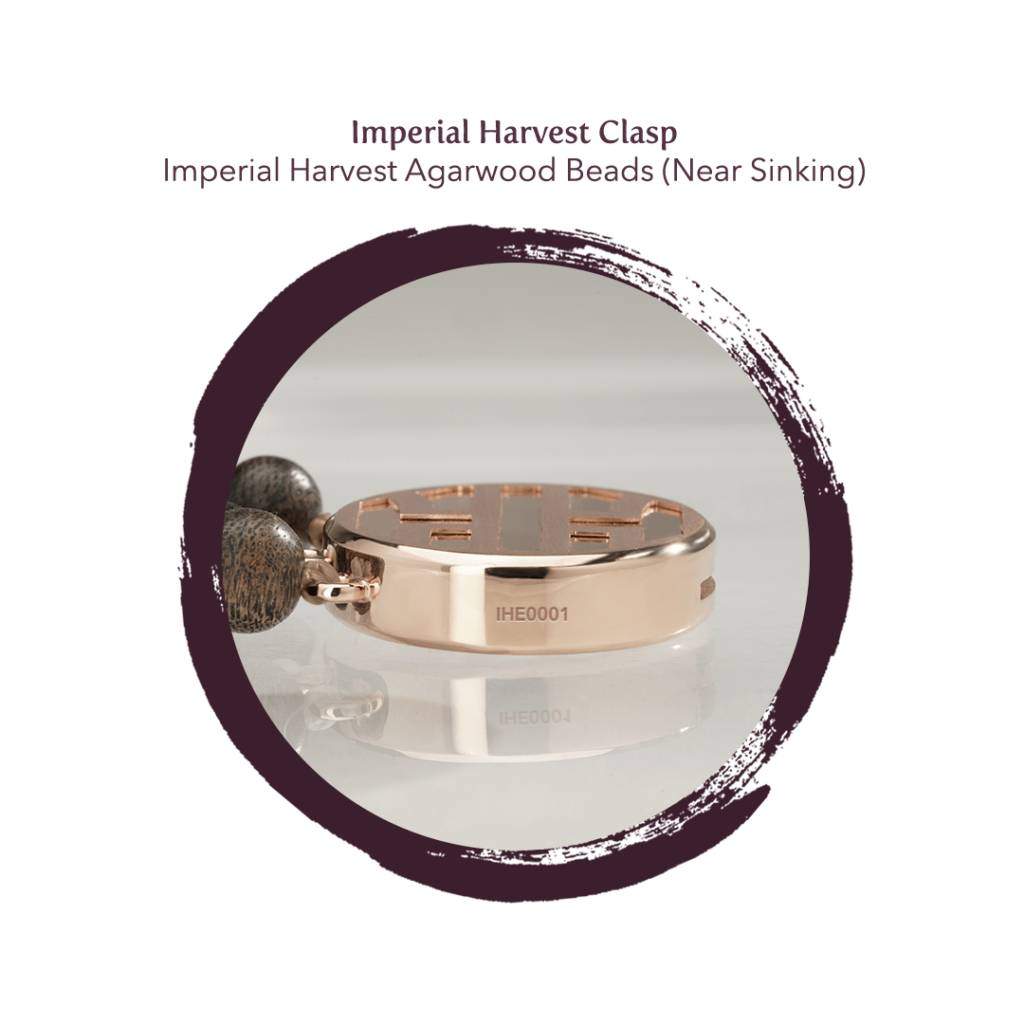 The latest introduction to Imperial Harvest’s collection of personal wearables is the Imperial Harvest Emblem. Drawing on the prestige of the ceremonial Ding cauldrons used by the Chinese imperial court, this all-new emblem embraces the religious and cultural significance of these artefacts — thereby empowering its blessed owners with the omnipotence of Imperial Feng Shui. 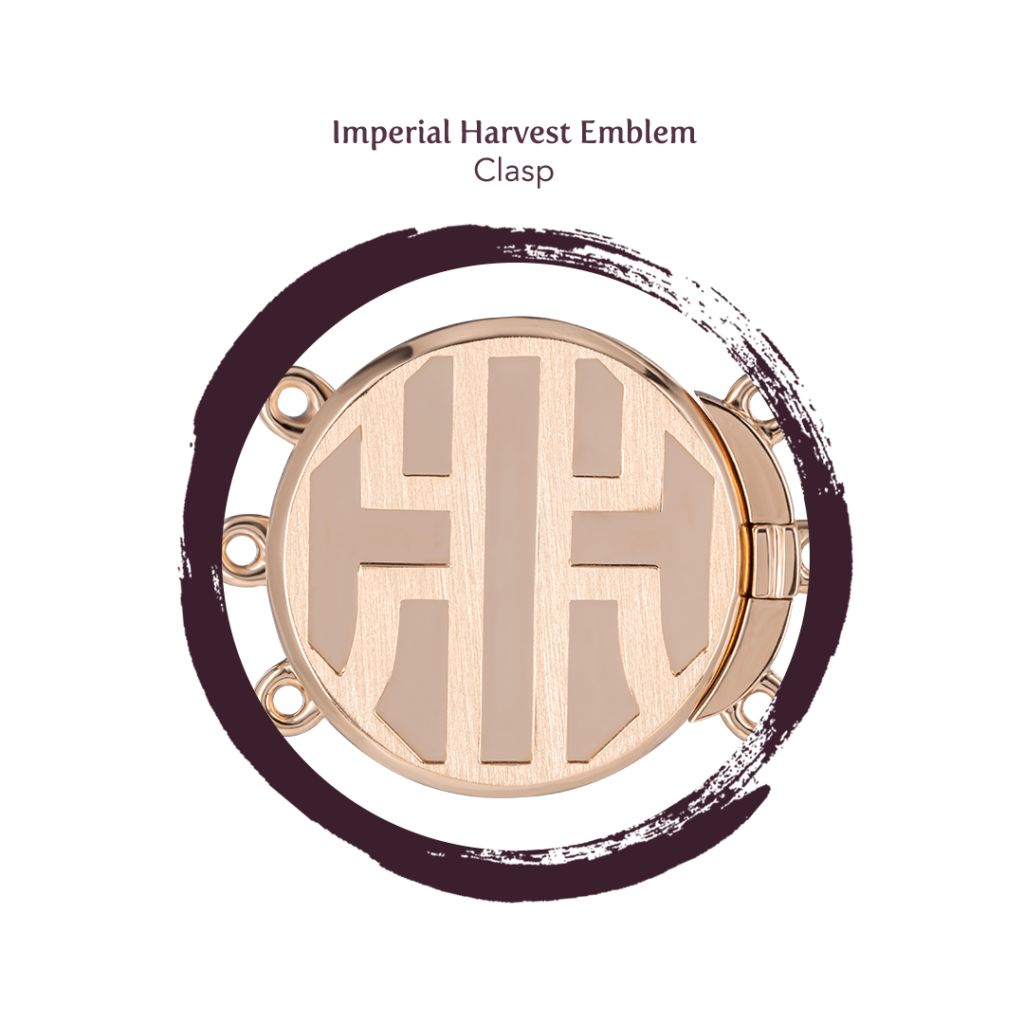 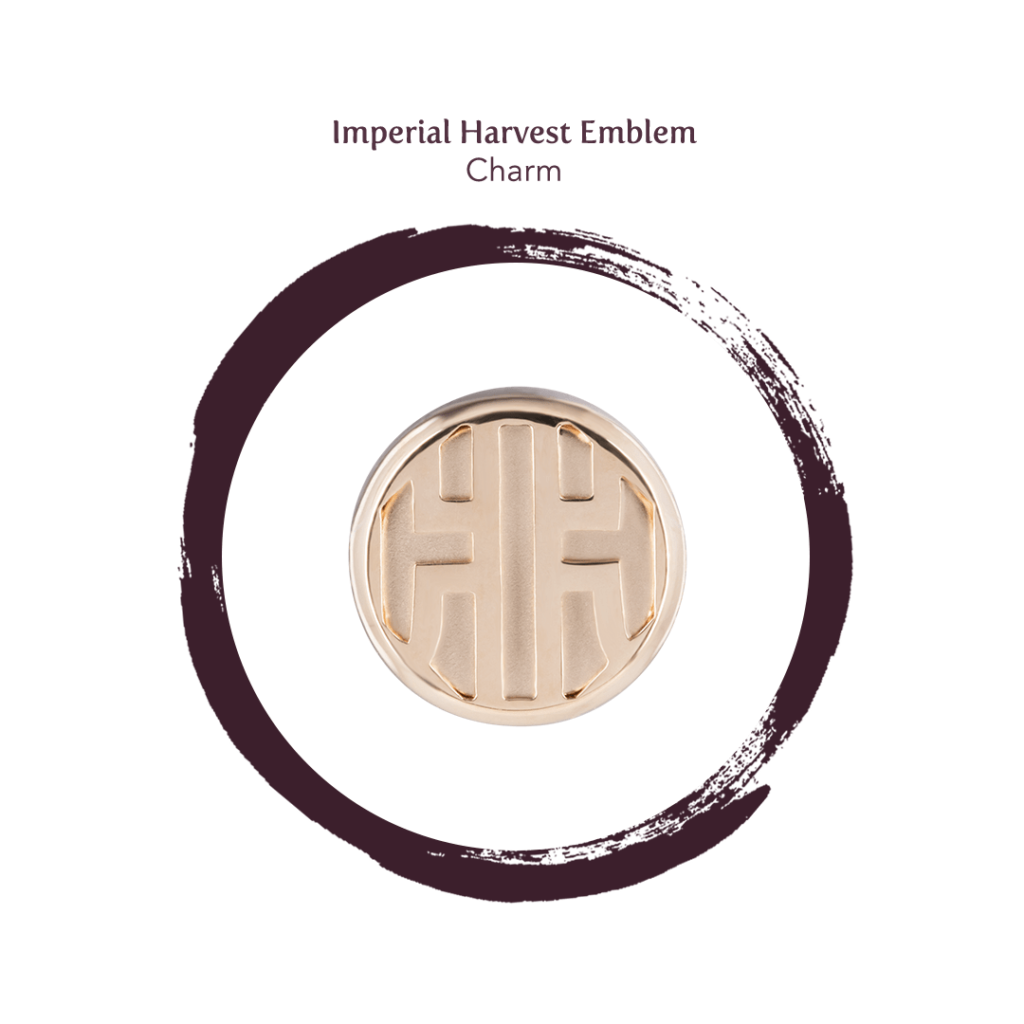 In reimagining this traditional symbol of imperial authority, Imperial Harvest adopts a modern approach with an emphasis on elegance in concept and design language. Drawing from the wealth of cultural history and melding it with prevailing contemporary trends, Imperial Harvest approaches an intersection between the old and new. The result is an impeccably crafted treasure that encompasses one of the foremost artefacts of the Imperial Feng Shui tradition, steeped in a wealth of Chinese cultural history.

At the centre of each Imperial Harvest Emblem lies a stylised “鼎” (ding), a Chinese character that makes up part of the Imperial Harvest name, and references the ceremonial cauldrons used in the rites and rituals of the imperial court. Its resemblance to the firmly-established Imperial Harvest Seal affirms the Emblem as an unmistakable statement of the brand’s esteem. 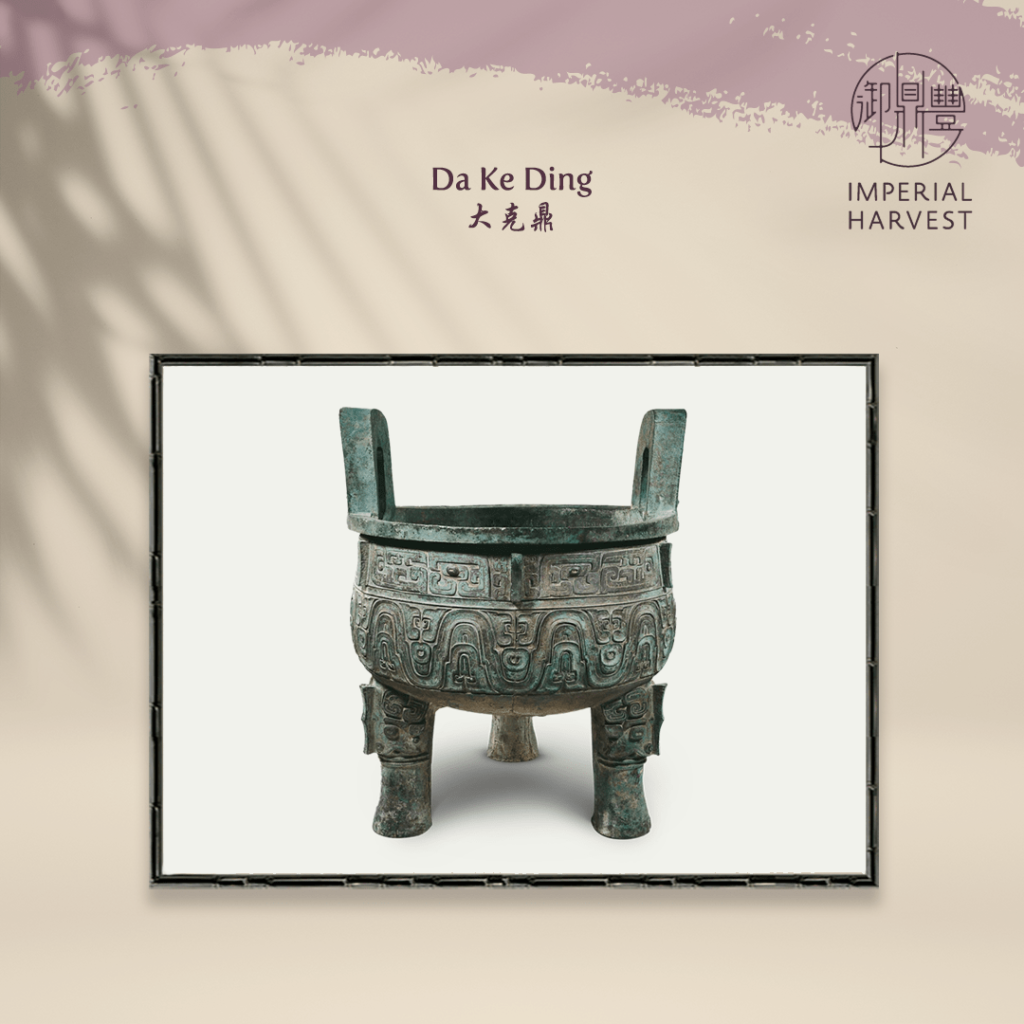 The earliest Ding cauldrons were used for a variety of purposes, being used in a variety of domestic applications such as cooking or storage. Over time, they became closely associated with ceremonial purposes and were used as ritual vessels in feast rites, the commemoration of auspicious events of various sacrificial ceremonies.

During the Zhou dynasty (1046 to 256 B.C.), the Ding cauldrons came to be seen as a symbol of utmost authority. Their usage connoted the highest levels of prestige, inextricably intertwining this ceremonial symbol with the eminence and authority of the ruling nobility. 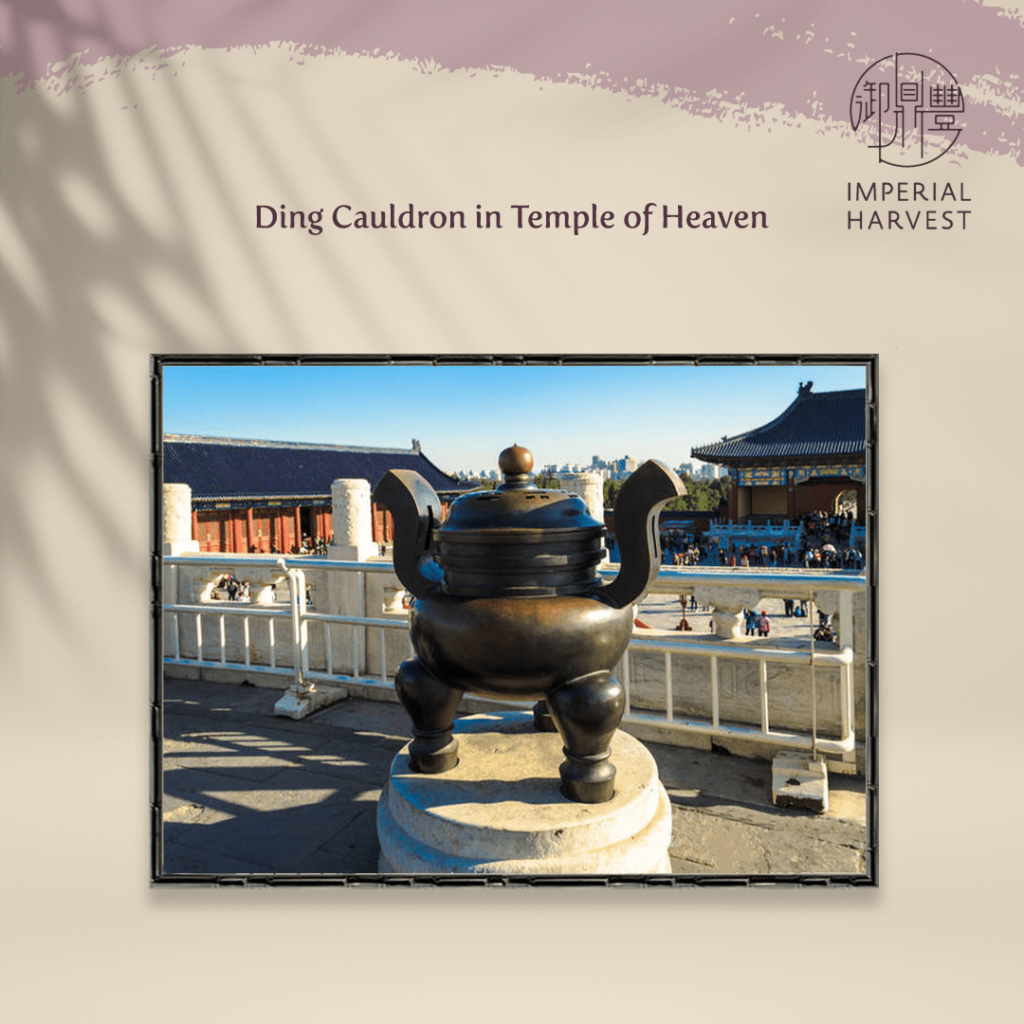 The Ding cauldrons played an essential role in the religious rites conducted at the Temple of Heaven, particularly during auspicious occasions such as Chong Yang or the Summer and Winter Solstices. These reverent worship rites and rituals conducted by the Chinese emperors were believed to usher in great wealth, prosperity and abundance for their people. During such ceremonial rites, the Ding cauldrons were used as a vessel for offerings and tributes, conveying the Emperor’s wishes to heaven and serving as a physical link between earthly realms and heavenly authority.

A connection to Heaven

In conceptualising the all-new Imperial Harvest Emblem, Master David looked toward the history and heritage behind the royal ceremonial cauldrons of the Chinese imperial courts. 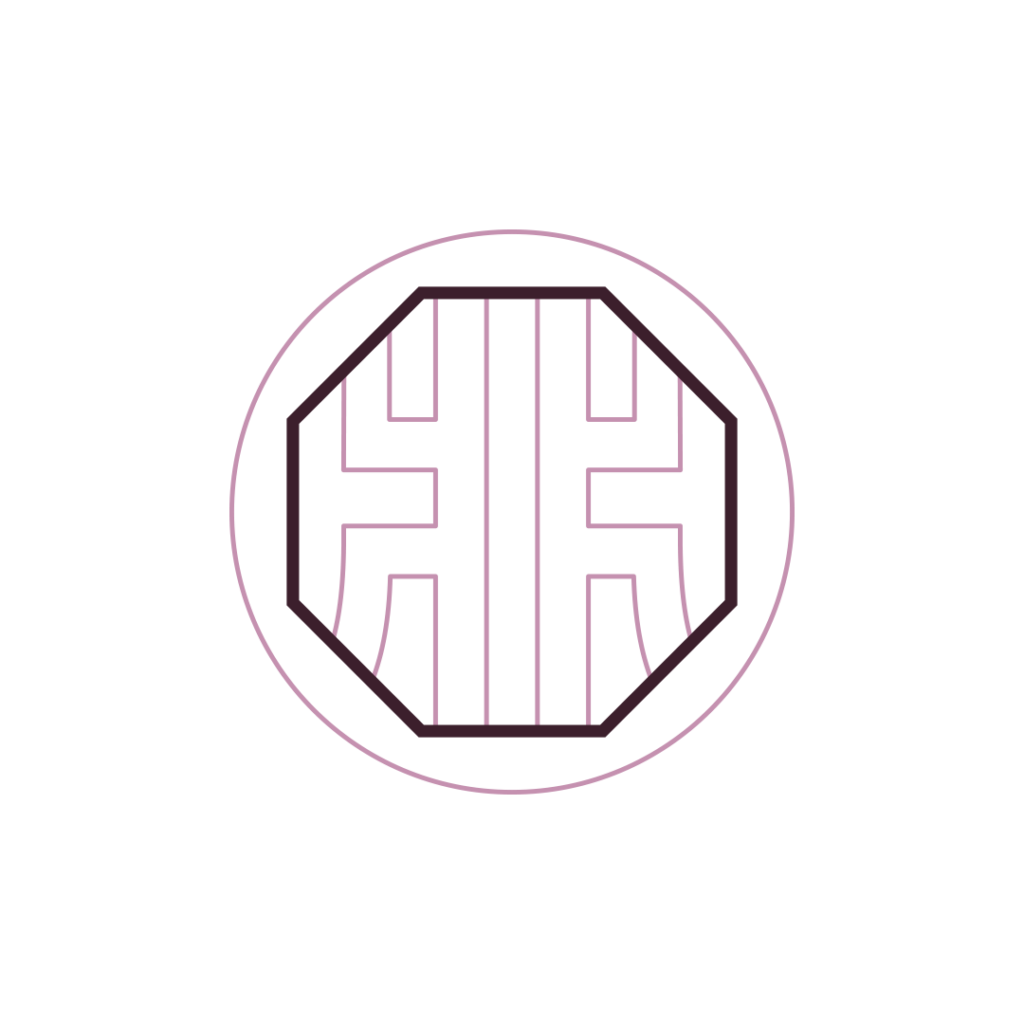 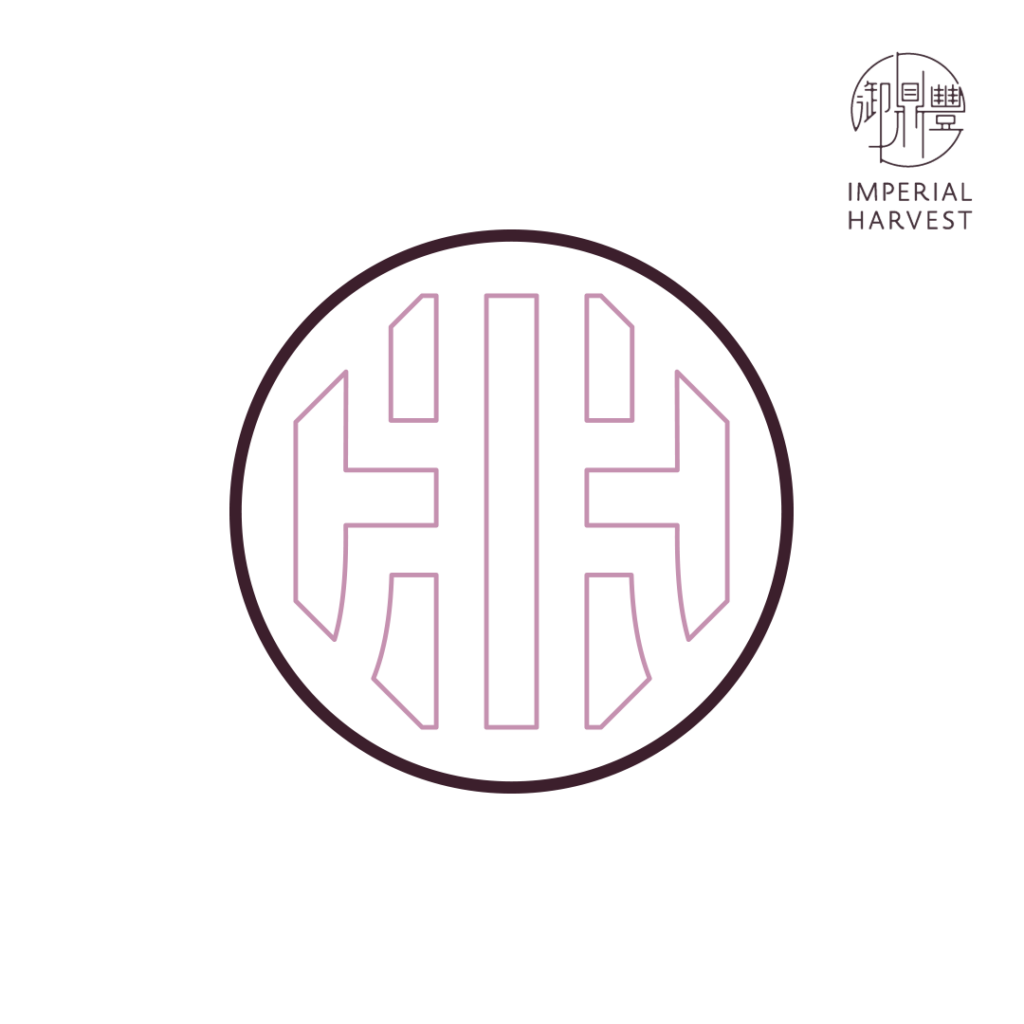 The perfectly round edge that bounds the Imperial Harvest Emblem brings to mind the ancient Chinese philosophy, “天圆地方” or “Round Heaven and Square Earth”. Throughout dynastic Chinese history, this steadfast philosophy has influenced the architectural design of many iconic buildings in China, corresponding with the widespread association of all heavenly things with round shapes and silhouettes. 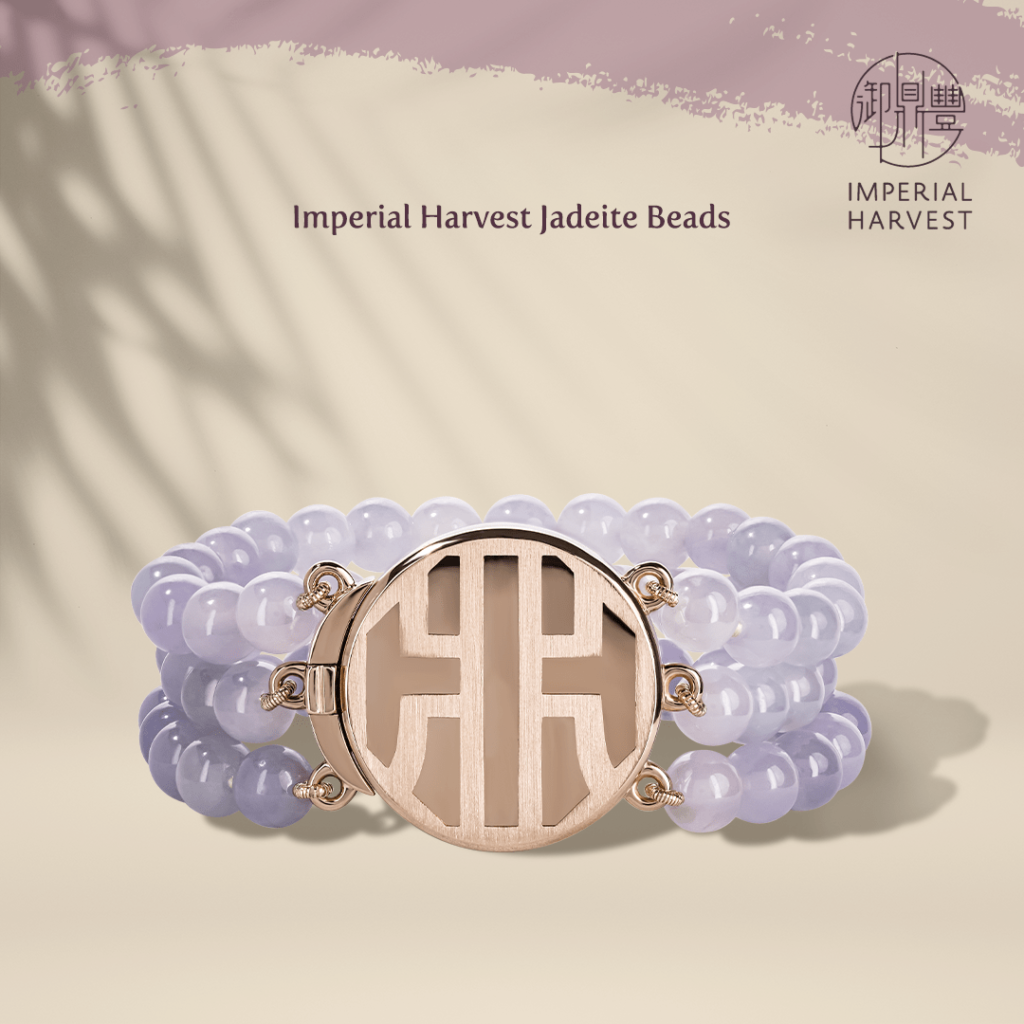 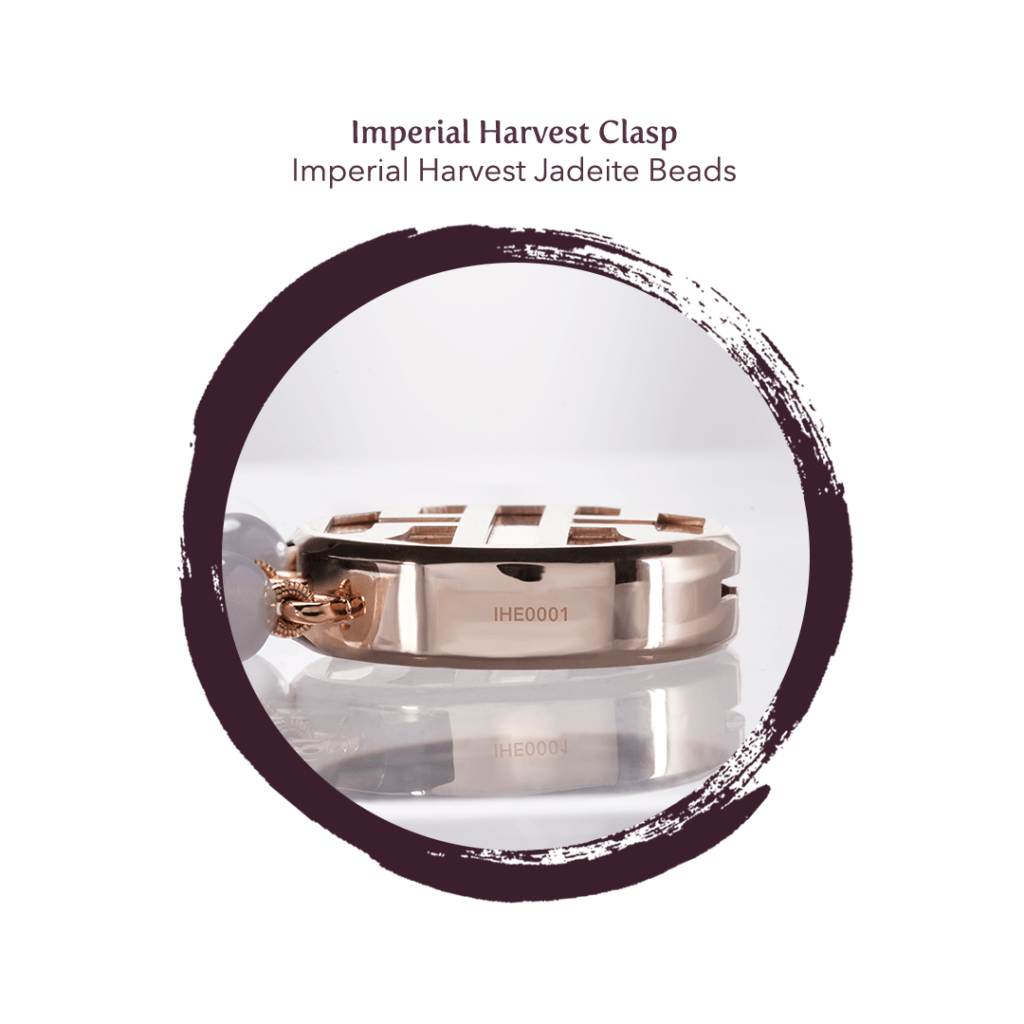 In distilling the Ding cauldron as a symbol of imperial authority, Imperial Harvest draws from its heavenly connotations, culminating in an exquisite Imperial Harvest treasure that brings to the forefront a tangible, yet harmonious symbol of contemporary aesthetics melding with rich cultural traditions.

Patented in Singapore and created from a proprietary blend of pure gold, copper and silver, the Imperial Harvest Emblem are solid 18K gold charms that exude a signature blush-pink hue. The charms are assigned serial numbers, a further affirmation of all that Imperial Harvest embodies in terms of technical excellence. 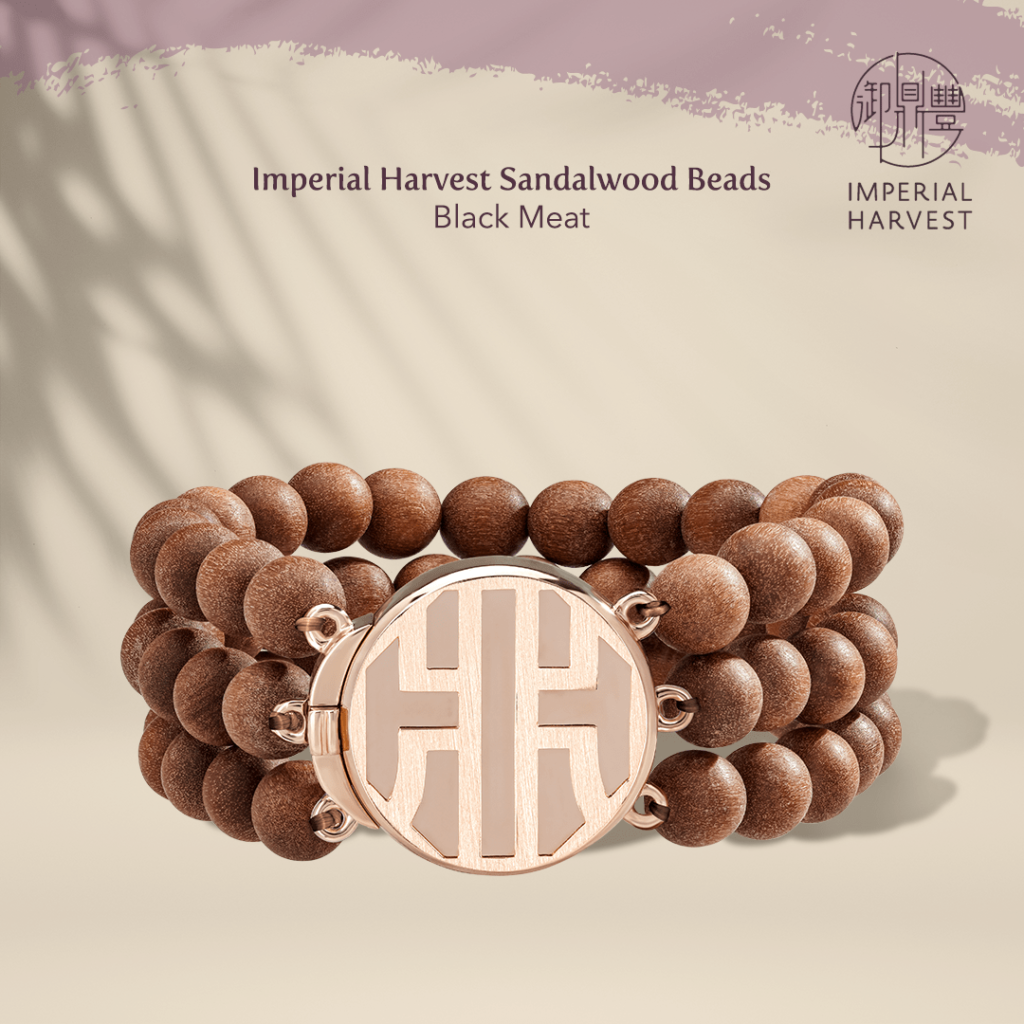 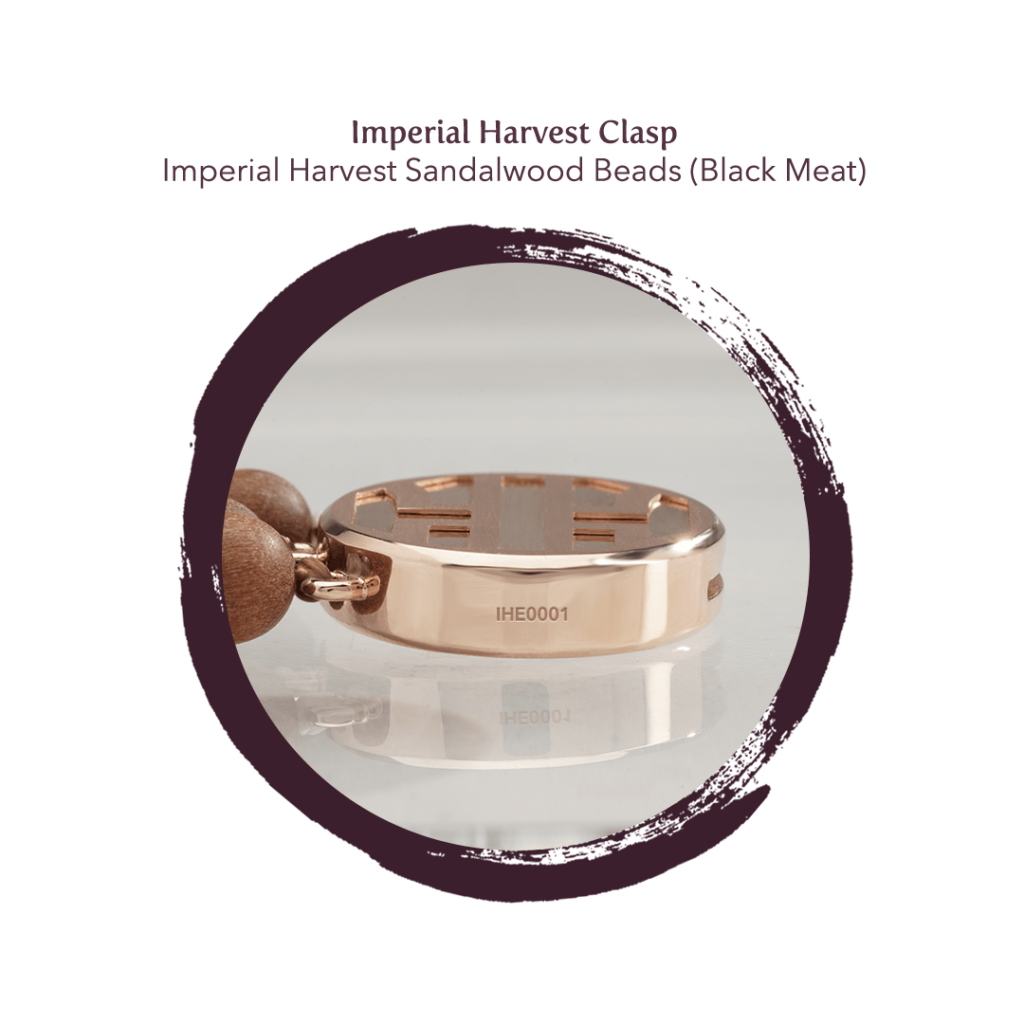 The Imperial Harvest Emblem clasp adorns the triple-stranded Imperial Harvest Bead Bracelets, in reference to the Chinese philosophy of “天地人”, translating to Heaven, Earth and Man — alluding to the close and harmonious relationship shared between Heaven, the Earth and its people. 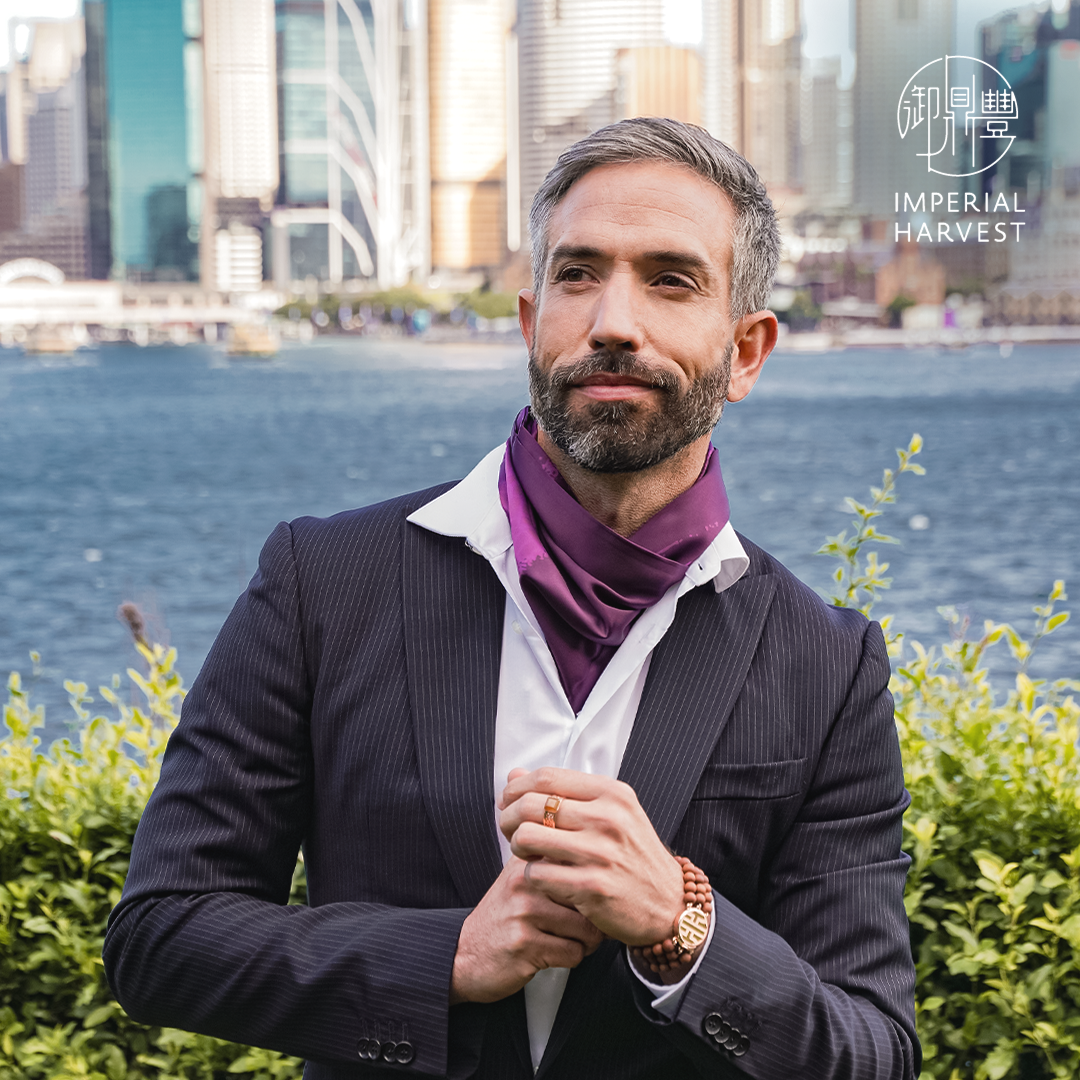 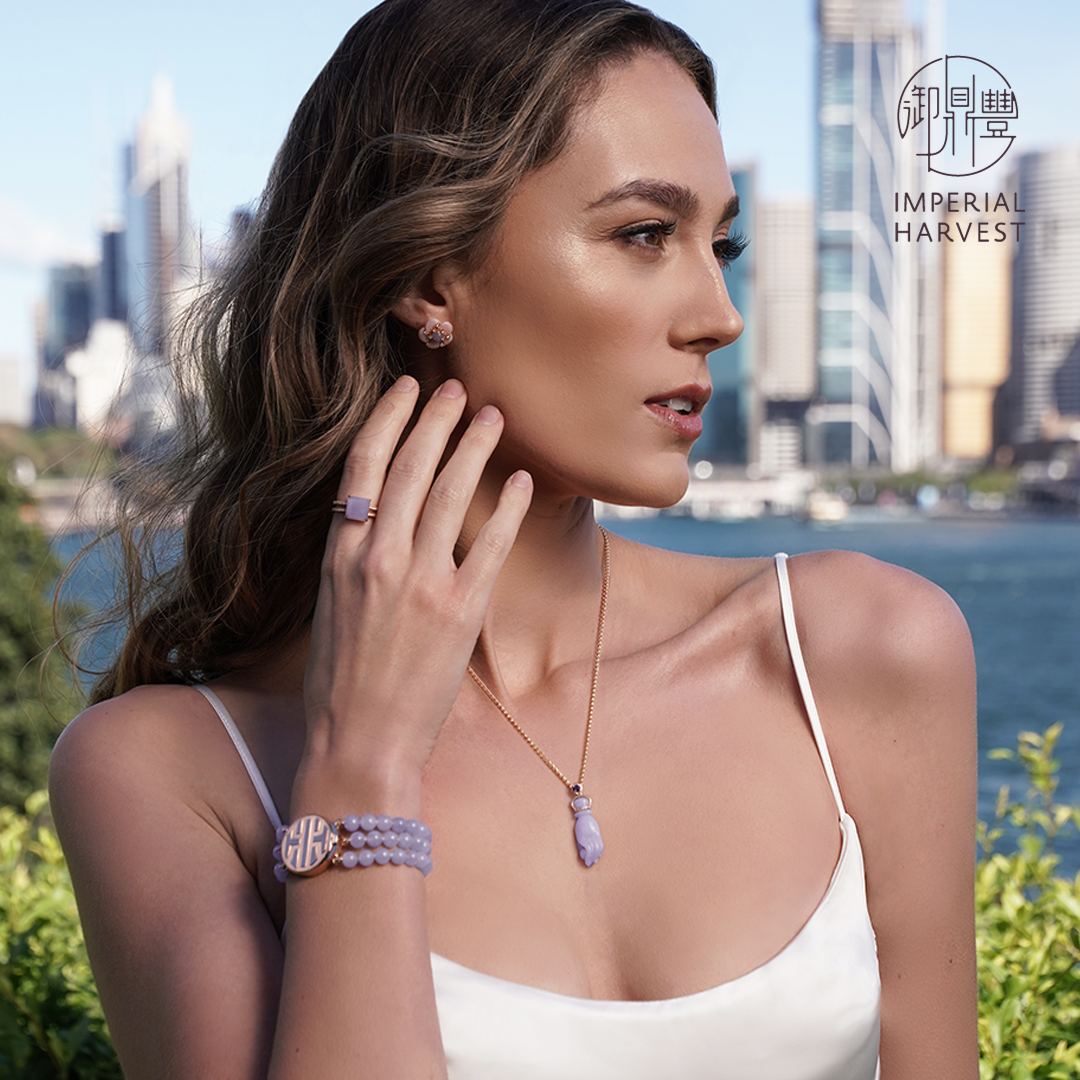 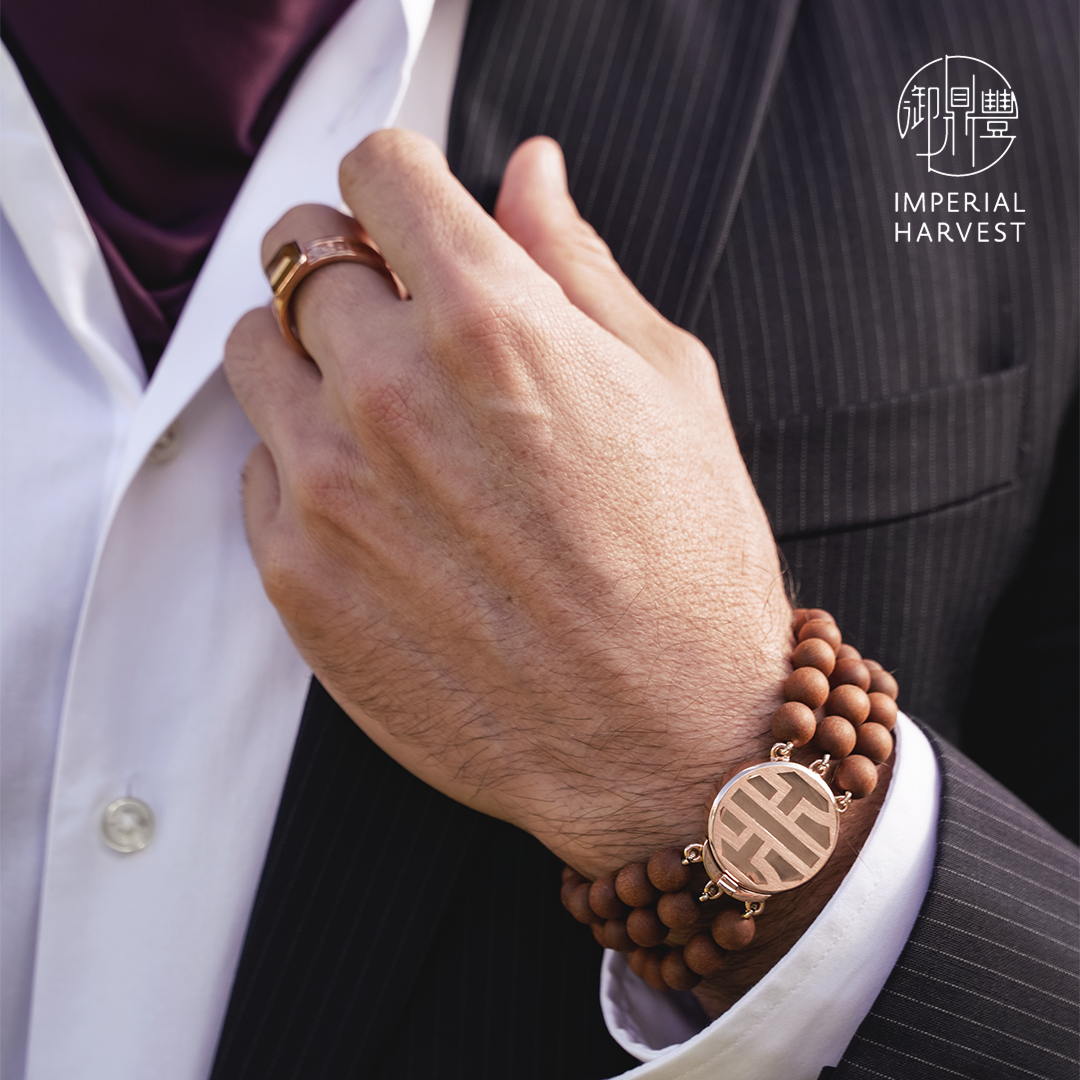