Posted by Imperial Harvest on 11 February 2022

The trigram that represents Period 9 is the Li Trigram (离卦) which signifies the fire element. 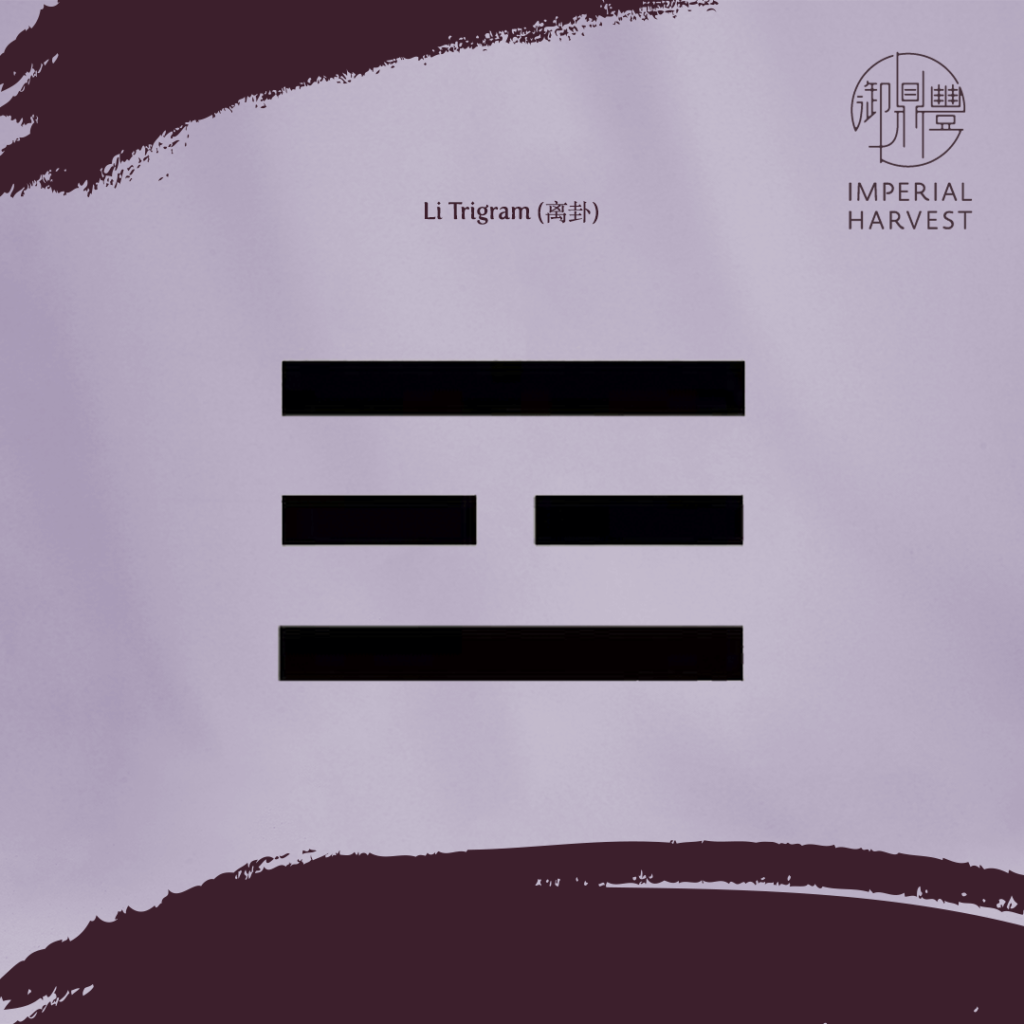 Traits of the Li Trigram (离卦):

After the arrival of Period 9 in 2017, we have witnessed the meteoric rise of many assets and industries that bear the traits of the Li Trigram. Many are also inclined to outwardly present their best selves to the world, and hence luxury assets such as private properties, fine jewellery, watches and cars have risen in popularity.

Akin to the life-building and life-destroying properties of fire, we have also witnessed many traditional industries decimated and new industries being created in the past 5 years with the arrival of Period 9. 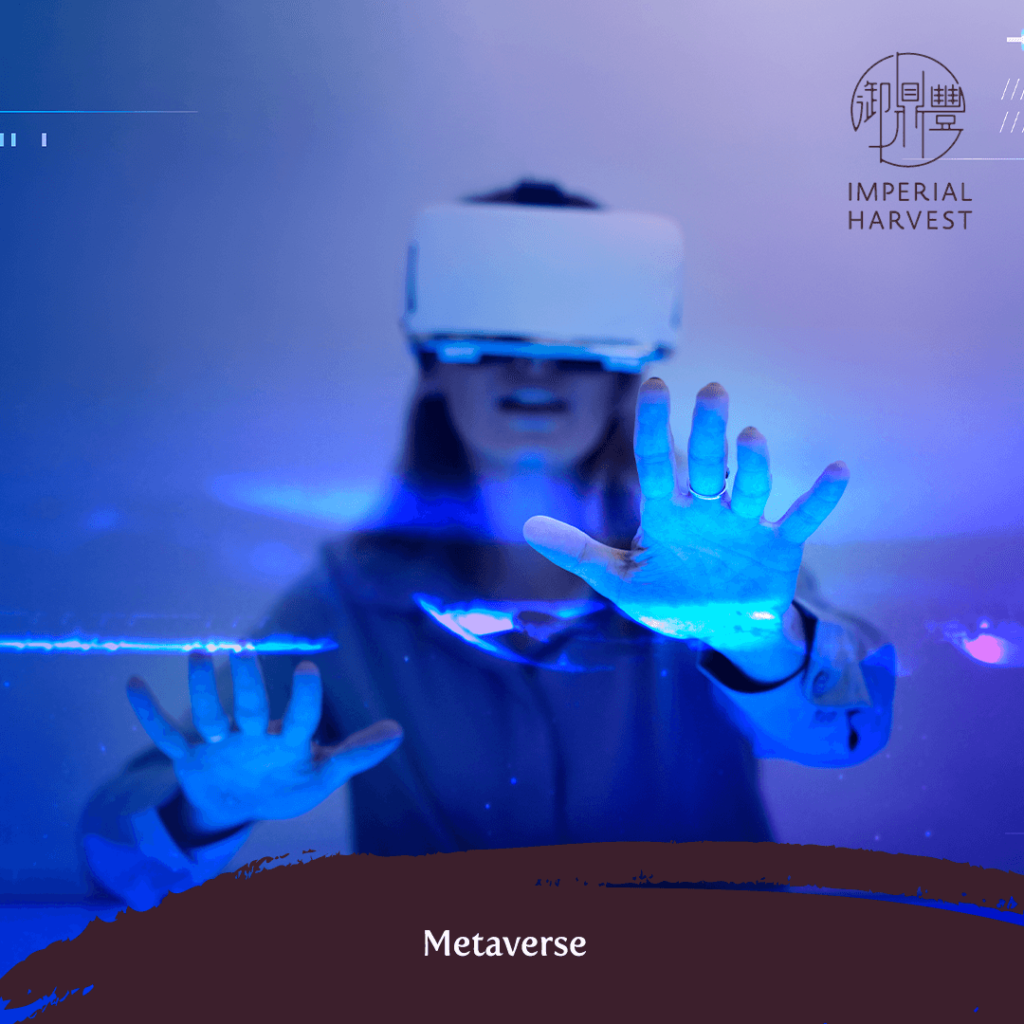 COVID-19 has accelerated the adoption of remote work. Working from home has become the norm as many parts of the world have transitioned to working virtually. Online content creators have also risen in popularity, with more people willing to express themselves online – be it by posting photos and videos of themselves, or capturing moments and milestones on platforms such as TikTok and Instagram. 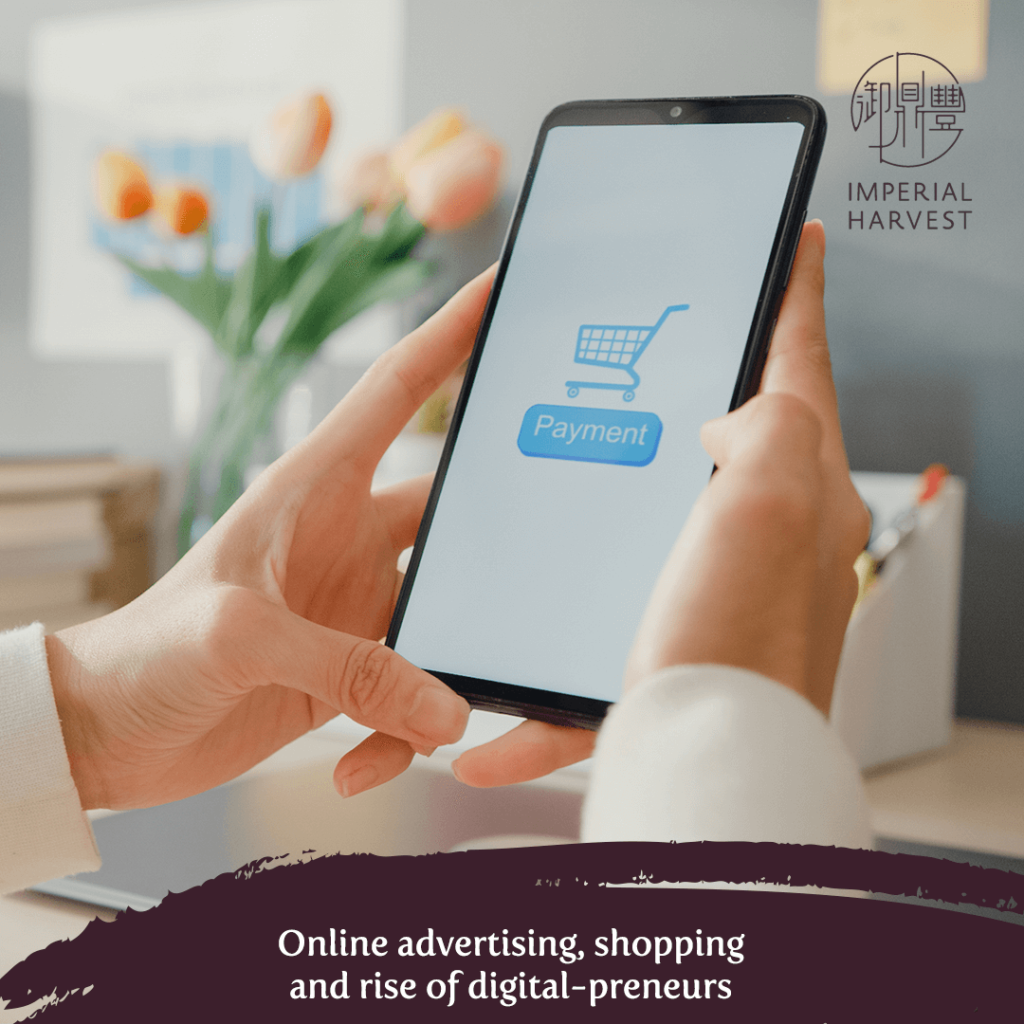 Many luxury brands are venturing into social media advertising, and less reliant on traditional media. More people are increasingly shopping online and via livestreams, spurred by the proliferation of platforms such as Shopify and Woocommerce. These have also encouraged the rise of digital entrepreneurship. 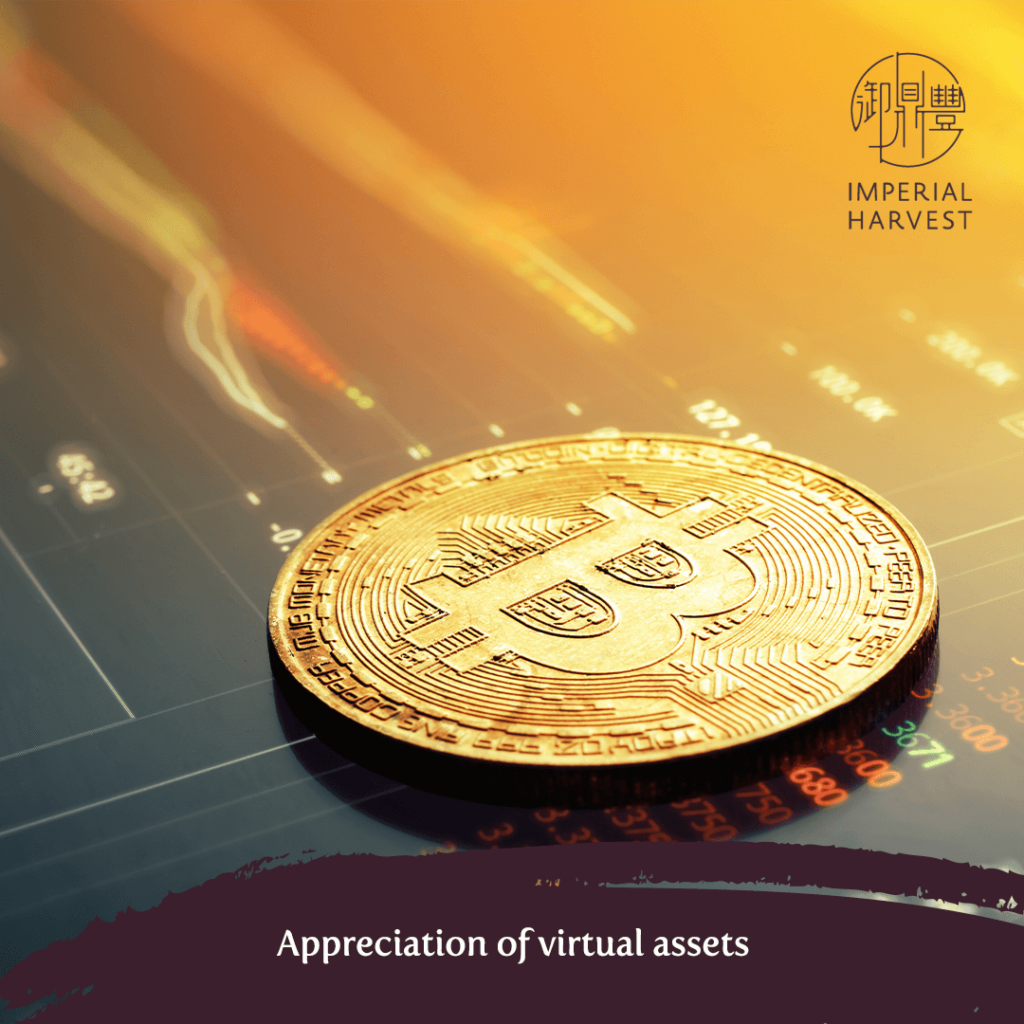 Since 2017, prices of virtual currencies such as Bitcoin have experienced a multifold increase. Digital assets such as non-fungible tokens and lands have appreciated in value and gained mainstream acceptance. 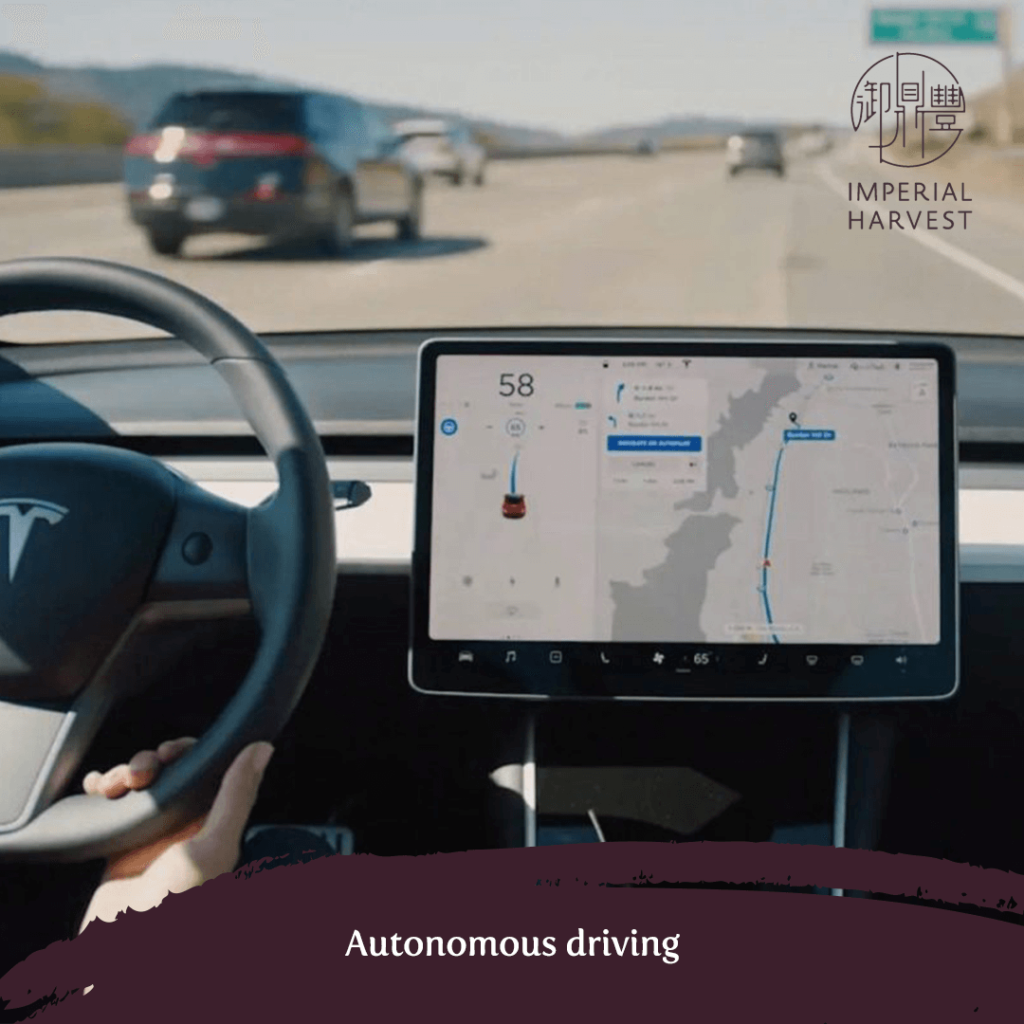 Tesla, a leading global producer of electric vehicles and clean energy, has seen its share price rise 20-fold since the beginning of 2017. The unprecedented advancements it has made in autonomous driving technologies will eventually transform mobility industries, technology, cities and environments on a global scale. 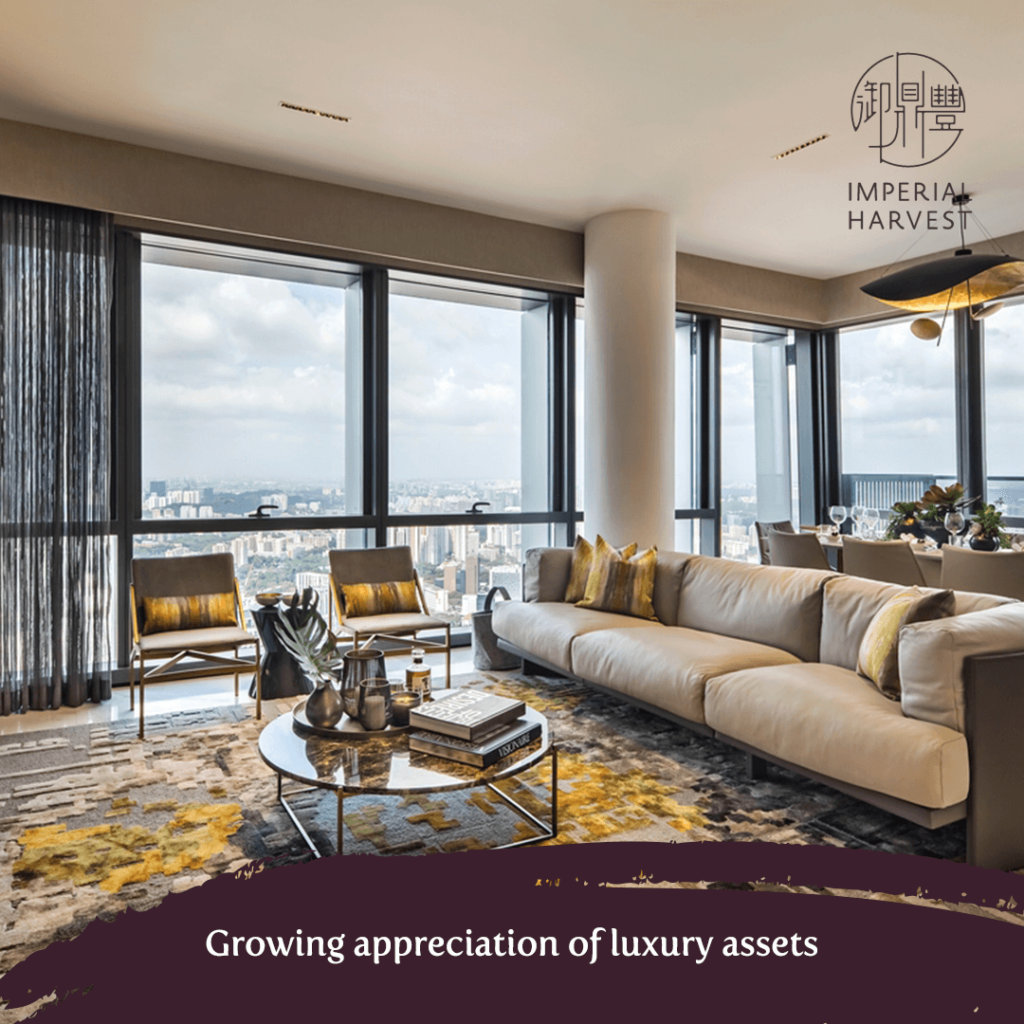 Over the past few years, Master David and the Imperial Harvest team have worked tirelessly to educate clients on the underlying principles behind home Feng Shui. Before delving into the significance of Period 9 Feng Shui, it is imperative to understand the fundamentals.

There are three important auspicious stars in San Yuan Xuan Kong Flying Stars Feng Shui which thrive regardless of the period (i.e. any time from Period 1 to Period 9). These are the Greedy Wolf (贪狼), Martial Arts (武曲) and Left Assistance (左辅) stars. 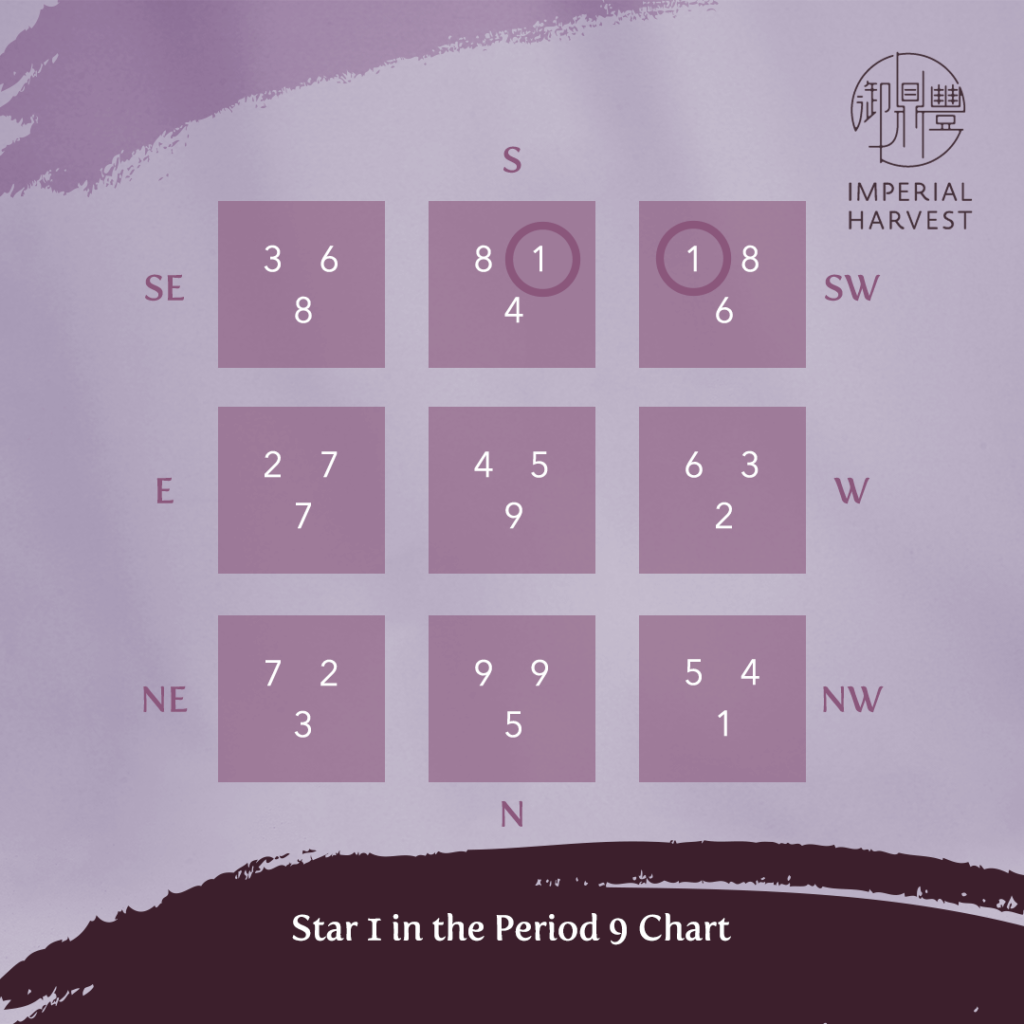 It is one of the Three Perpetual Auspicious Stars in San Yuan Xuan Kong Flying Stars Feng Shui, alongside Star #6 and Star #8.

Being the first star among the nine, it also symbolises the start of new beginnings, especially for those going through a rough patch and seeking new breakthroughs. It also brings opportunities and success at a young age.

Activating Star #1 is highly recommended for: 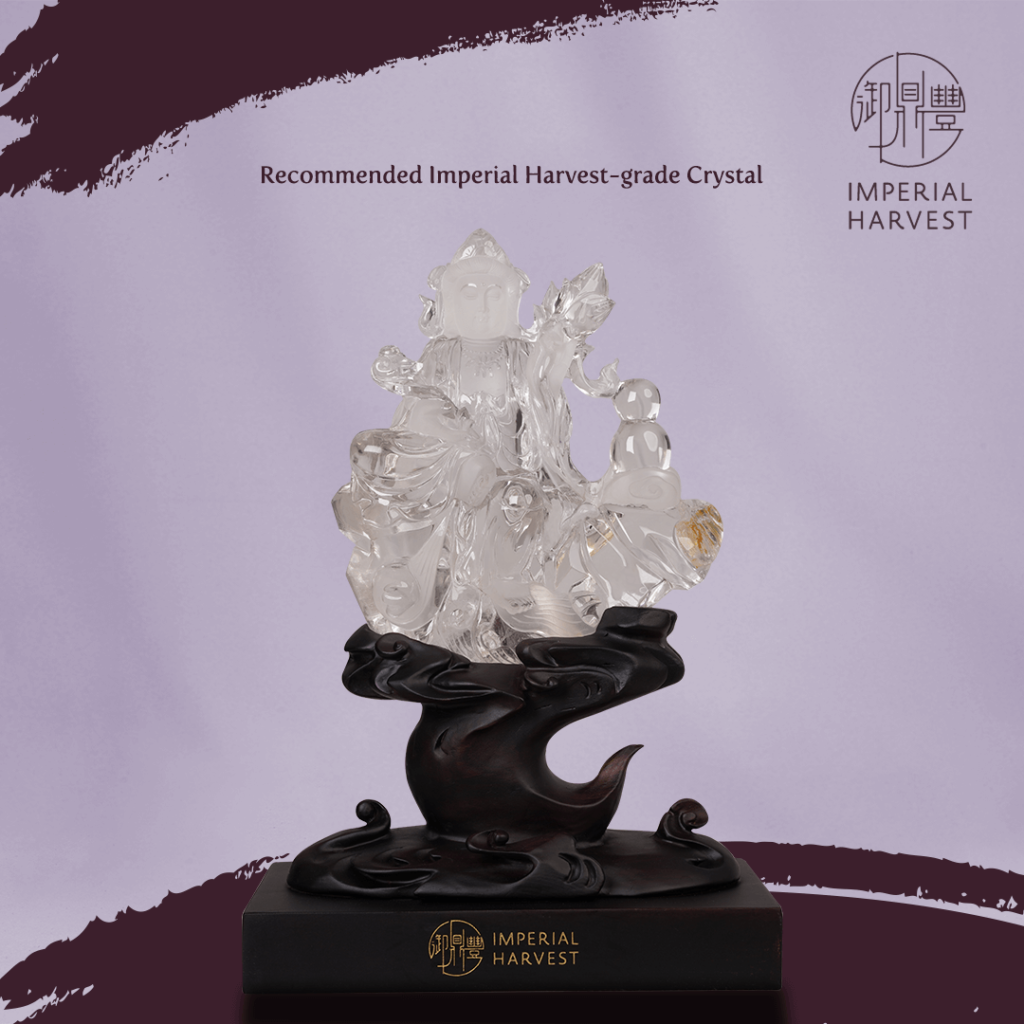 When the mountain star #1 is activated with the Imperial Harvest Qian Long Jadeite Mountain, it attracts benefactors and mentors to widen and strengthen your strategic business network and influence. 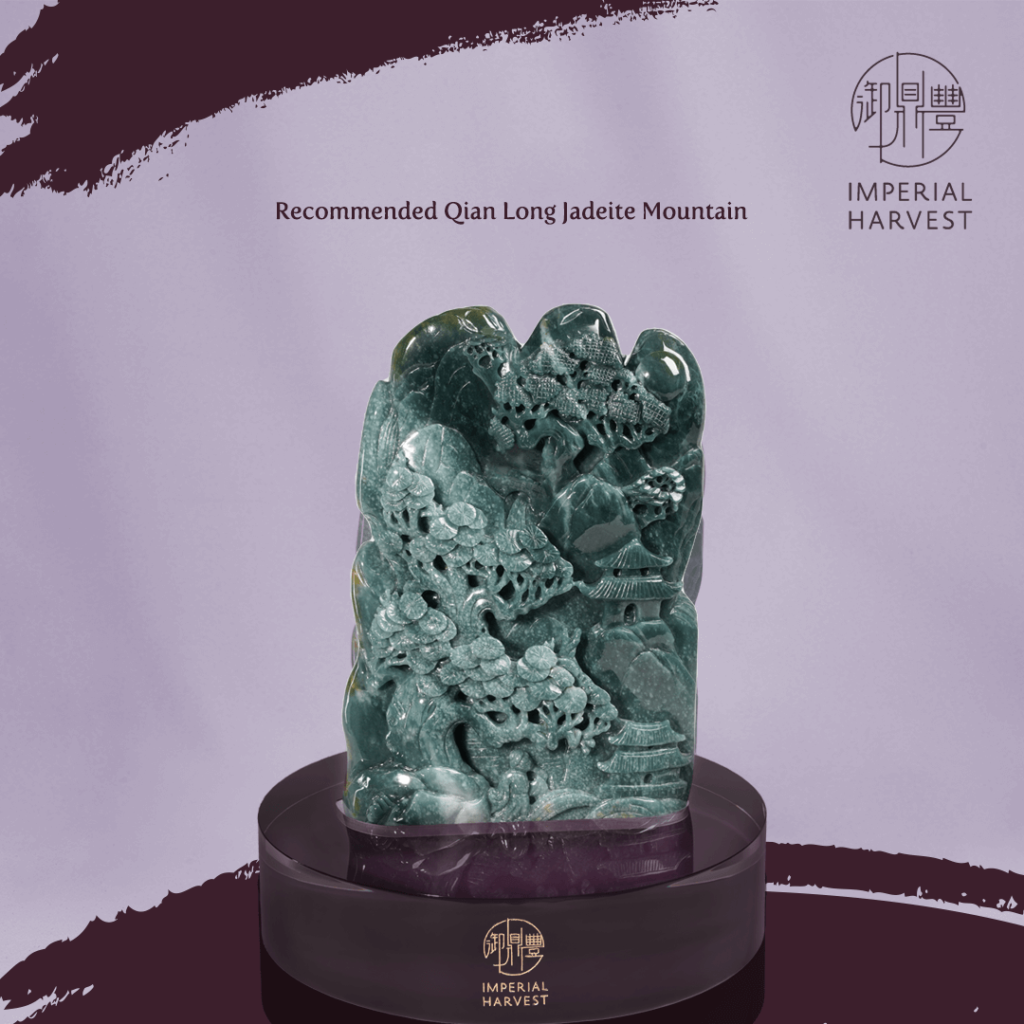 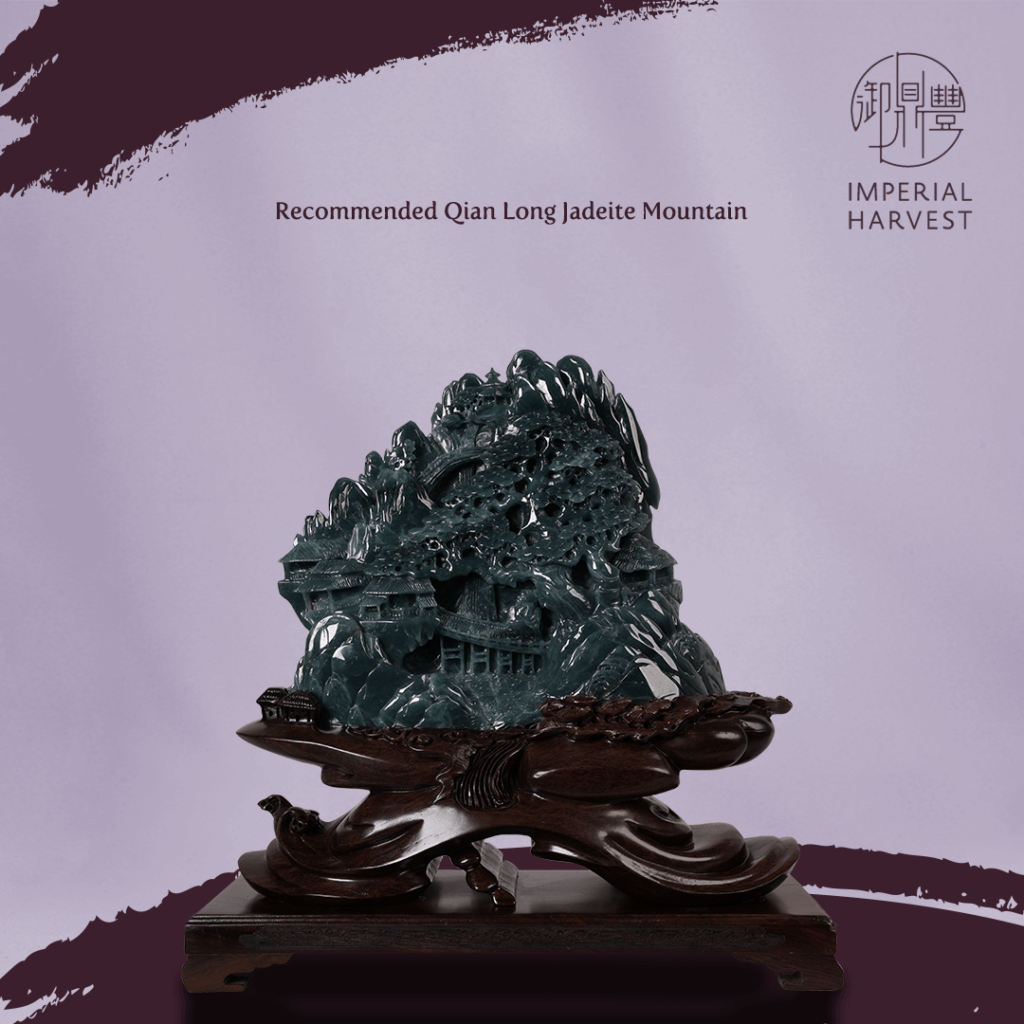 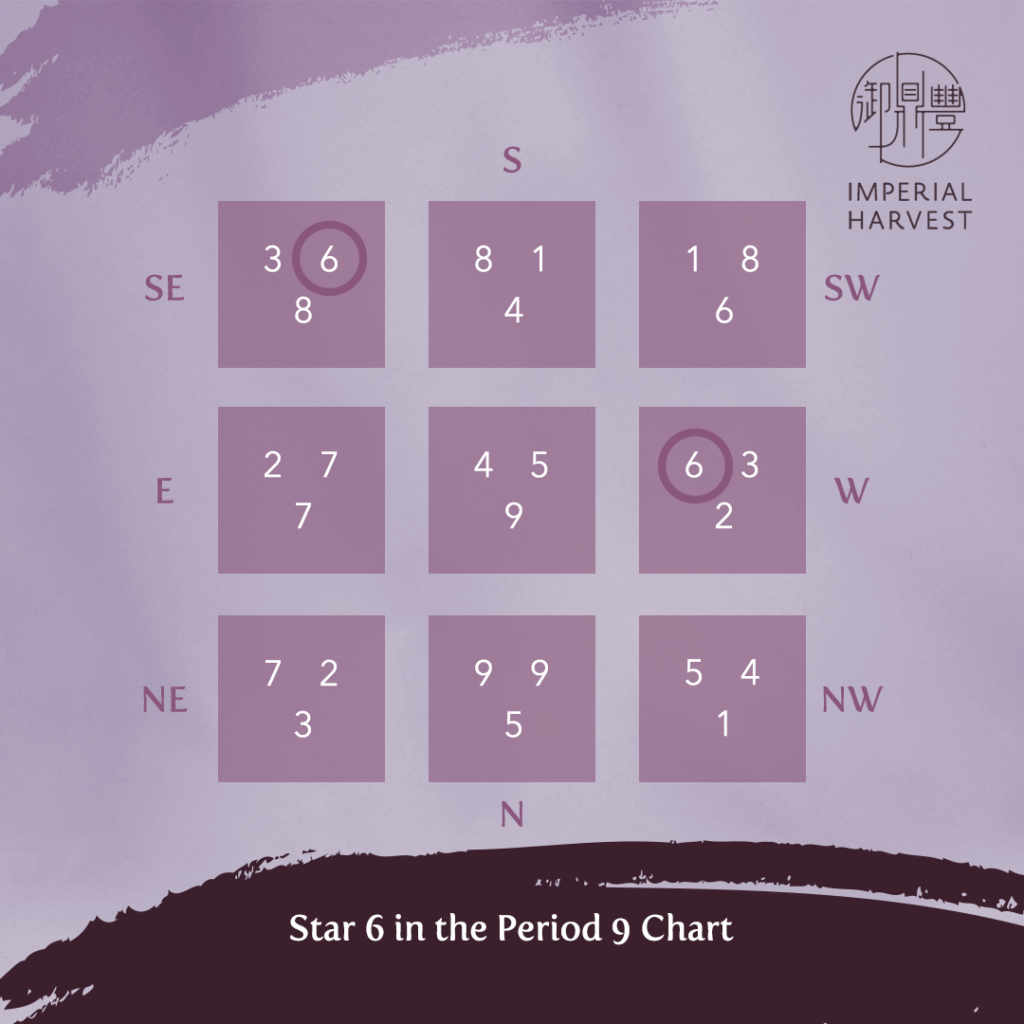 Star #6 is a metal elemental star known as 武曲, which bears the translation, Martial Arts. This star is part of the Three Perpetual Auspicious stars and symbolises career progressions, promotions and breakthroughs.

If one is experiencing career stagnation or a lack of corporate visibility, this star helps one gain company-wide recognition, along with accelerated career progression. Alternatively, attractive job offers with bright career prospects will present themselves. 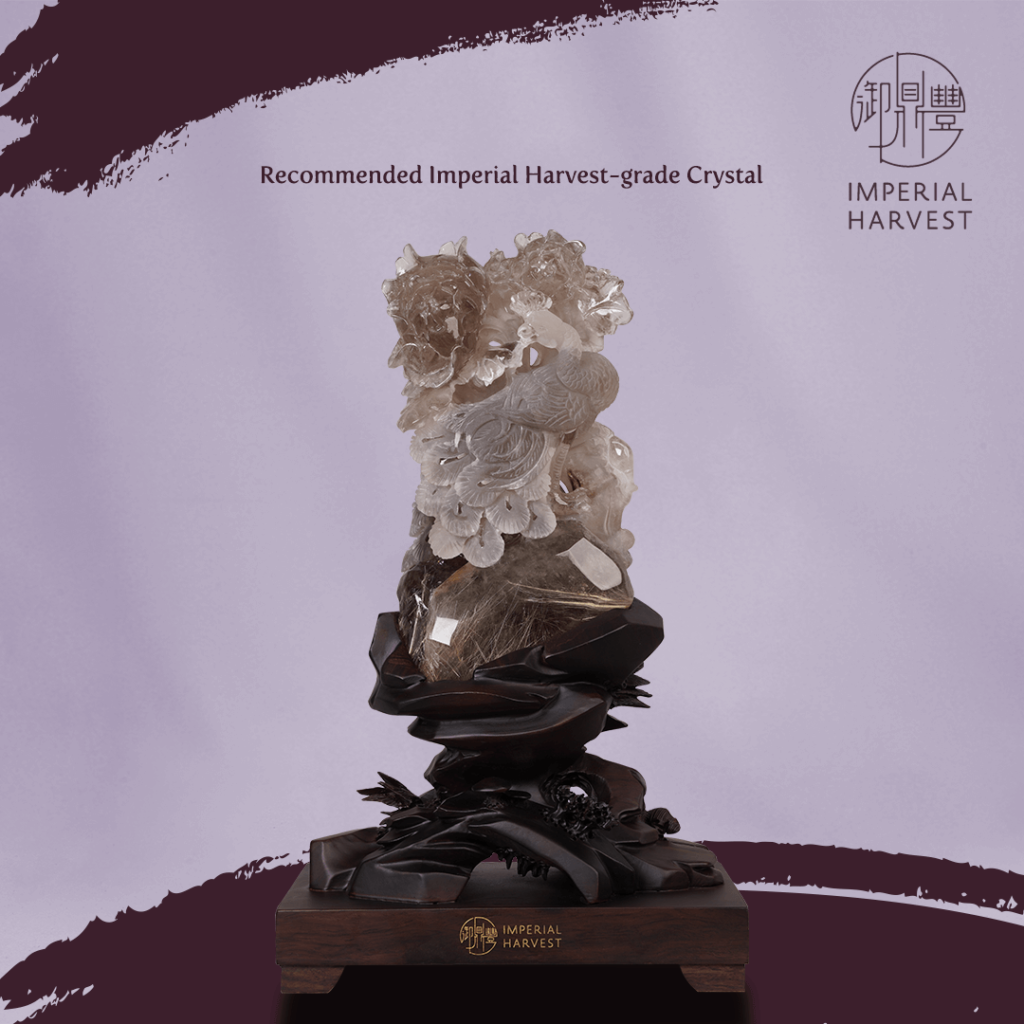 When the mountain star #6 is activated with the Imperial Harvest Qian Long Jadeite Mountain, it attracts career benefactors and mentors who will help flourish and prosper your career. 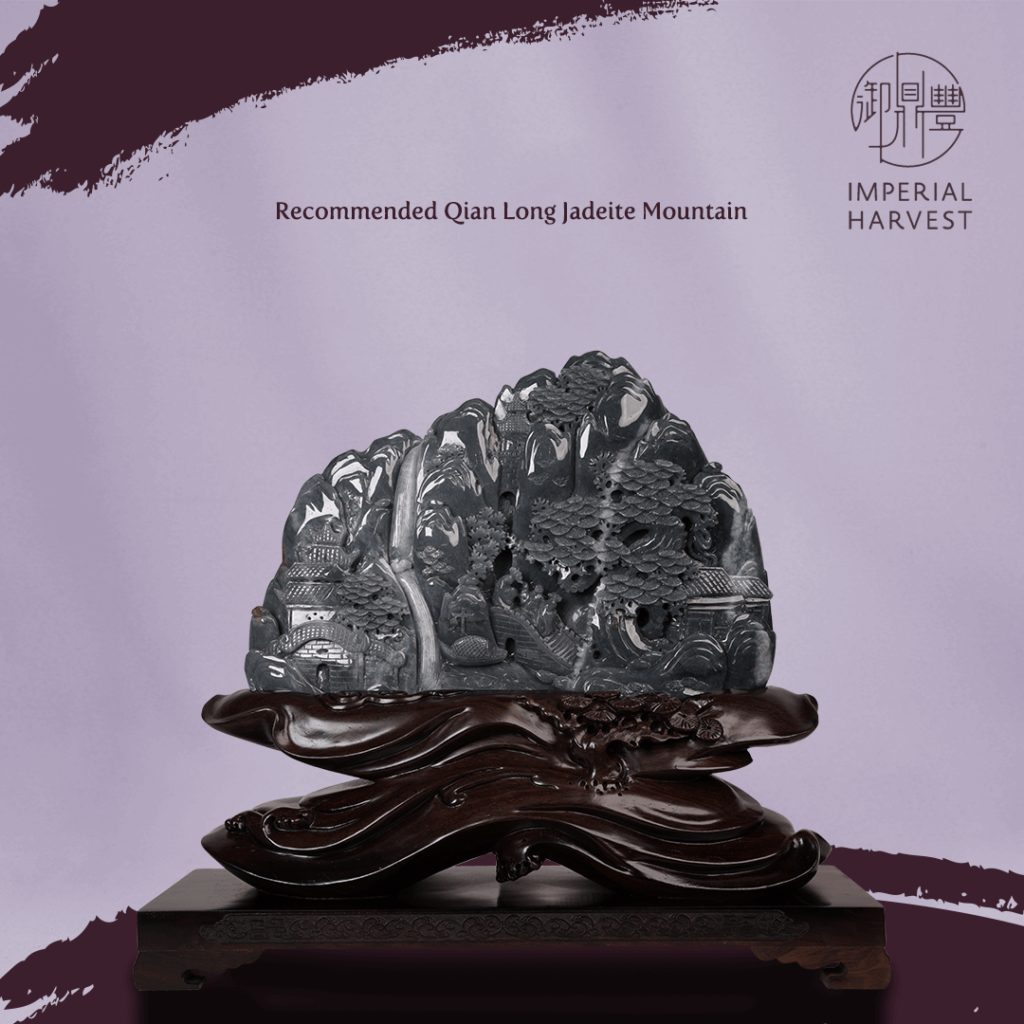 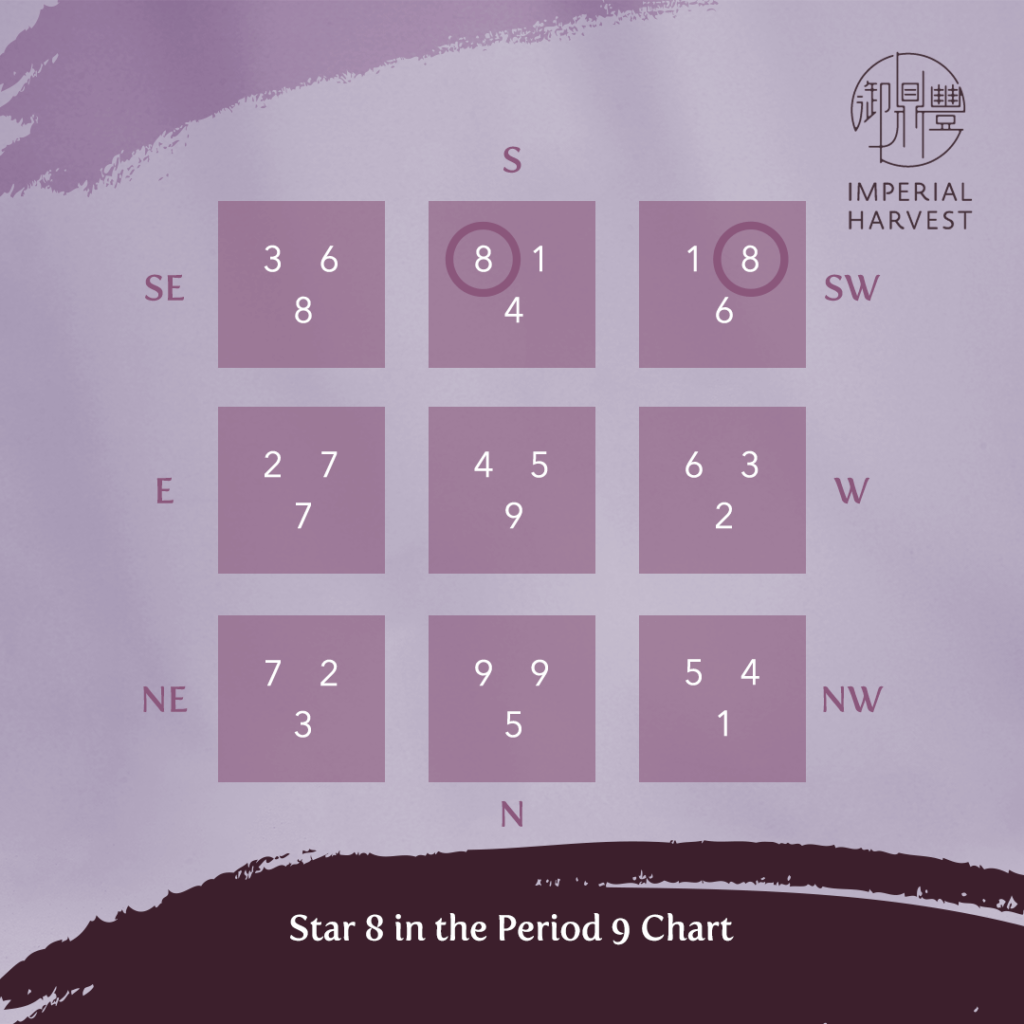 An earth elemental star, Star #8 is known as 左辅 or Left Assistance star. It governs the wealth derived from careers and businesses. It is widely known as the most powerful wealth star amongst the three perpetually auspicious stars. . 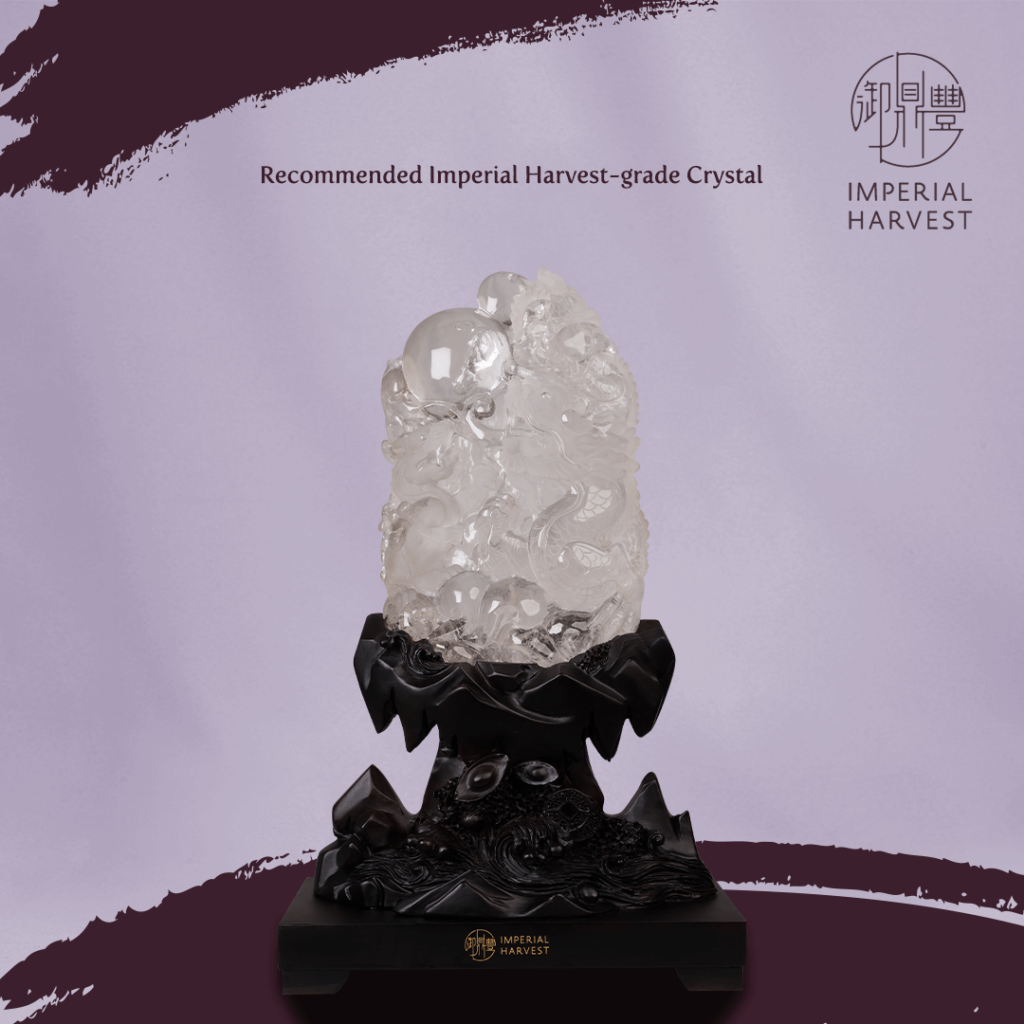 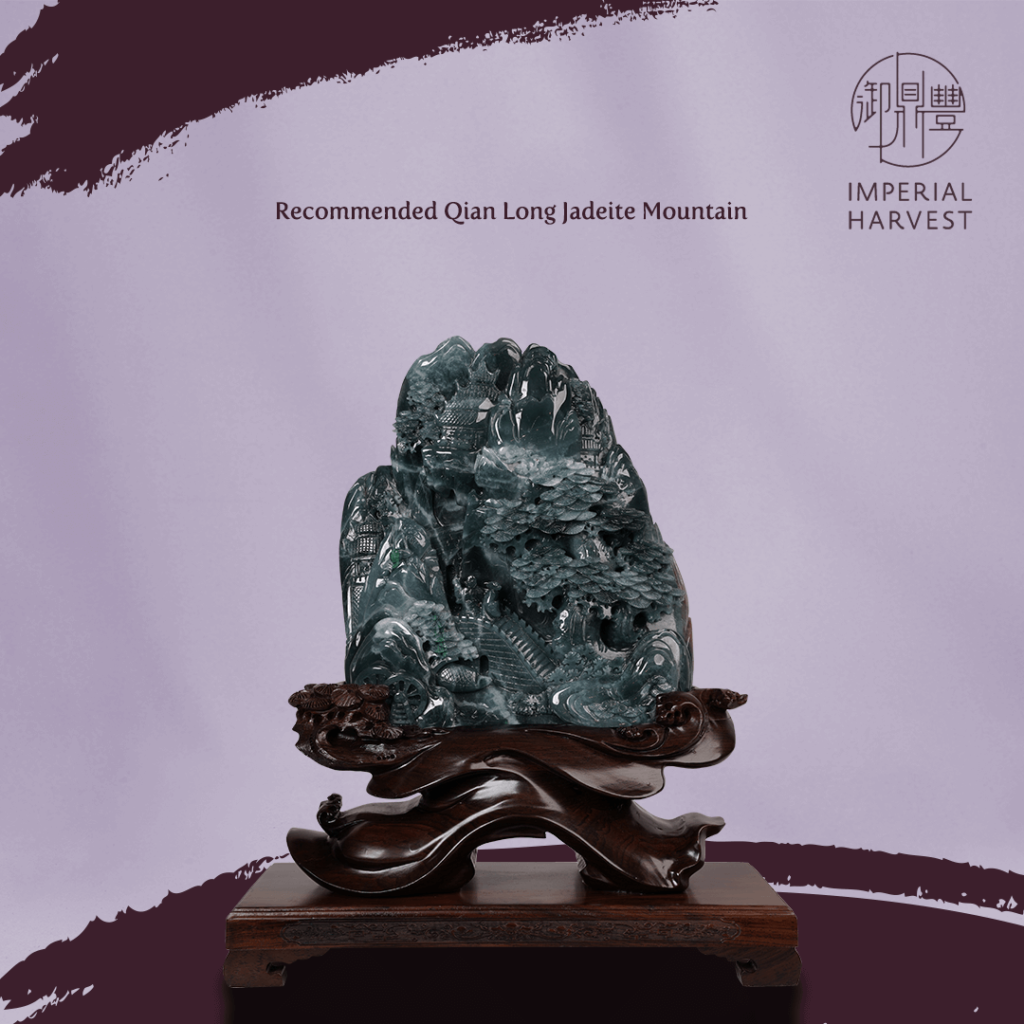 The most important wealth star of Period 9 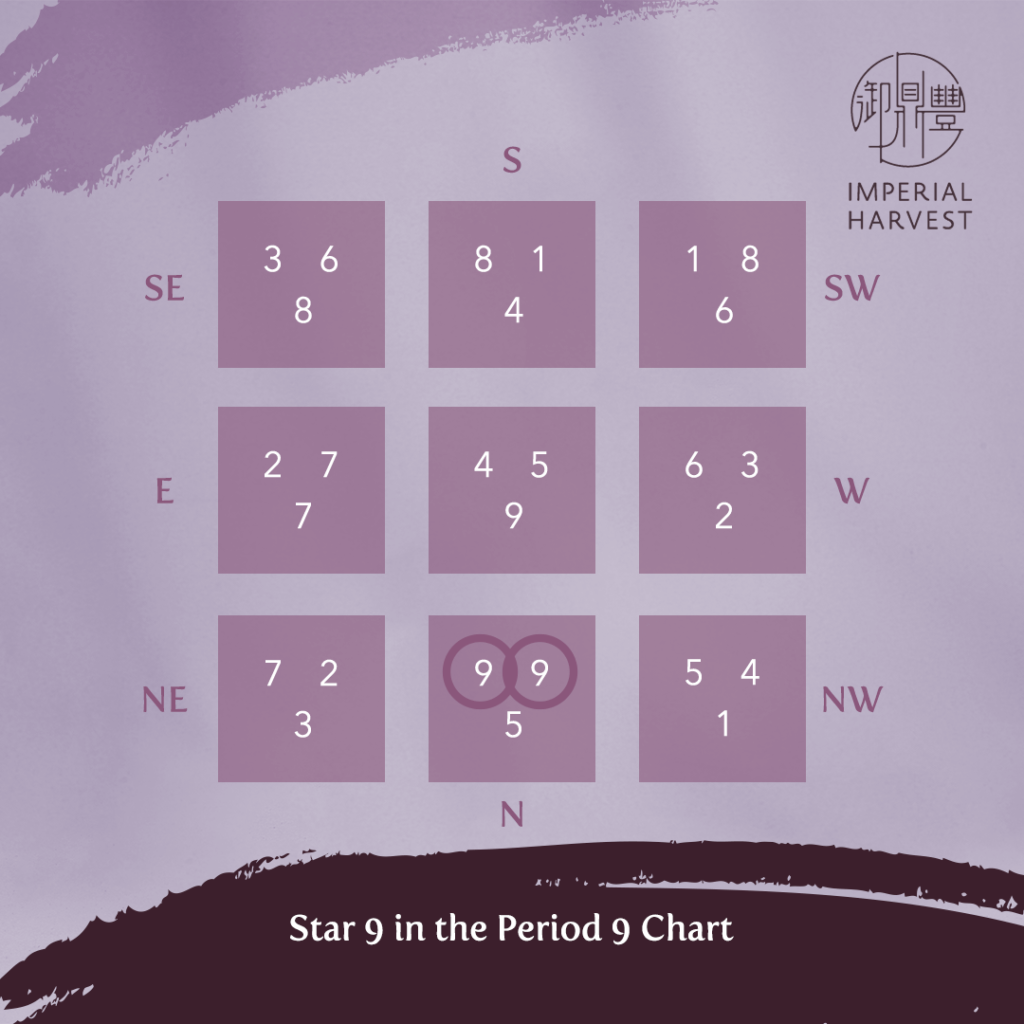 We are now well into the Early Heaven Luck of Period 9, which has been in effect since 2017. Activating the Period 9 wealth star is of paramount importance in order to gain powerful benefactors, maximise wealth potential and thrive in the Period 9 economy.

2022 is a golden opportunity to activate Star #9

In the 2022 Annual Flying Star Chart, Master David revealed that the Star #9 (右弼) and Star #1 Greedy Wolf (贪狼) has flown to South and North Sector respectively.

This is of paramount significance because according to Xuan Kong Liu Fa (玄空六法), during Period 9, the South sector belongs to the Direct Spirit / Mountain Star (正神位) while the North sector belongs to the Indirect Spirit / Water Star (零神位). The arrival of these auspicious natal elemental stars into these important Period 9 sectors bring a golden opportunity to plan and execute your Period 9 house Feng Shui, aiding you in fulfilling your goals and aspirations. 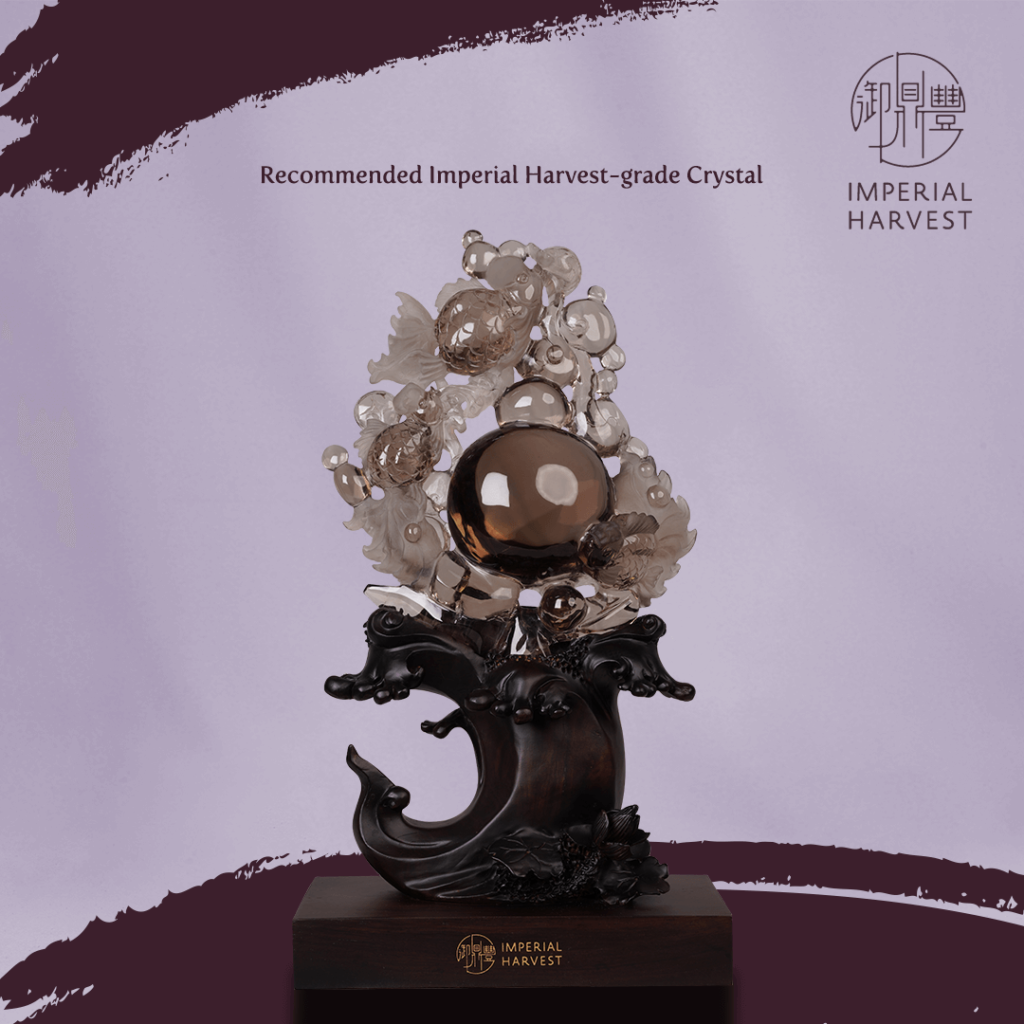 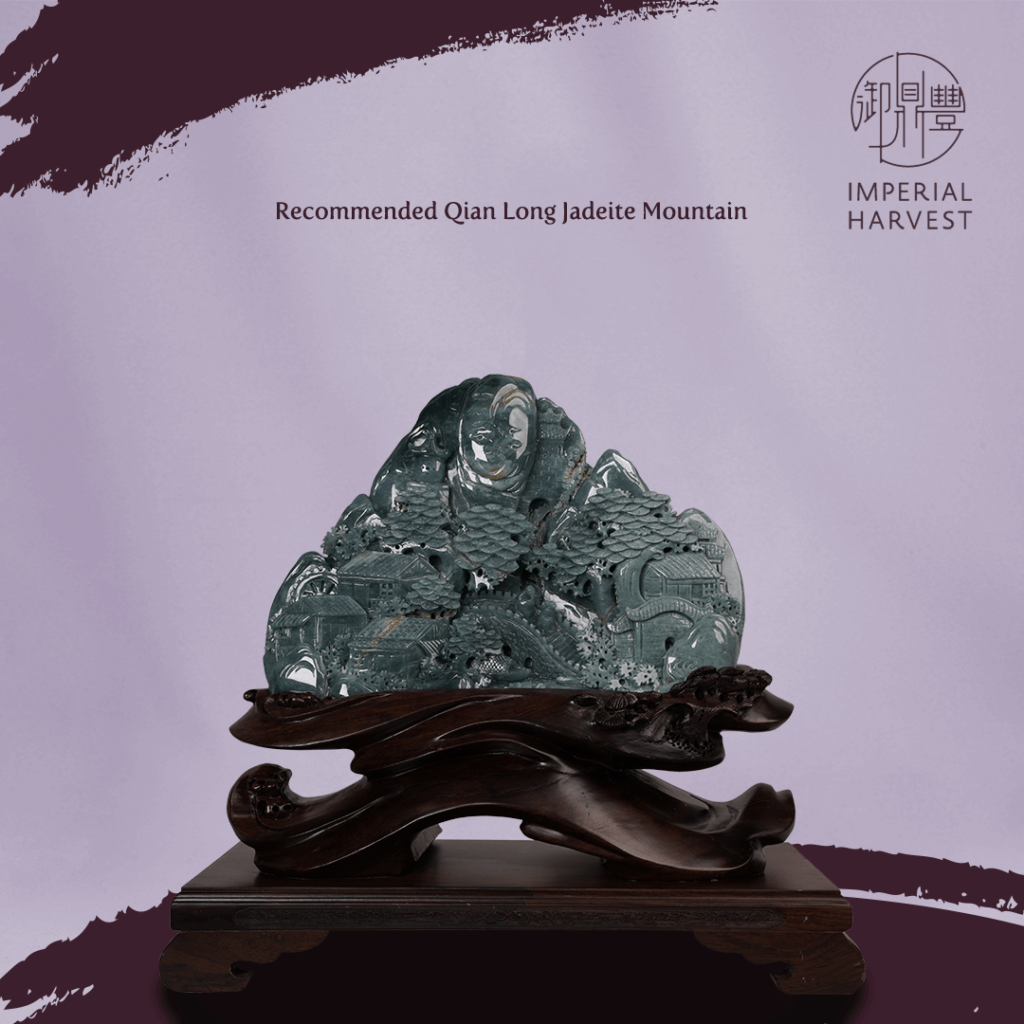 The annual flying stars have catalysed the energies of the Period 9 wealth and benefactor star. More trade secrets will be revealed to you in your one-on-one consultations with your dedicated Imperial Harvest consultants.