A famed author from the Ming Dynasty wrote about the difference between Agarwood and Qinan and ranked the different categories of Qinan.

The excerpt from the book is translated as follows: 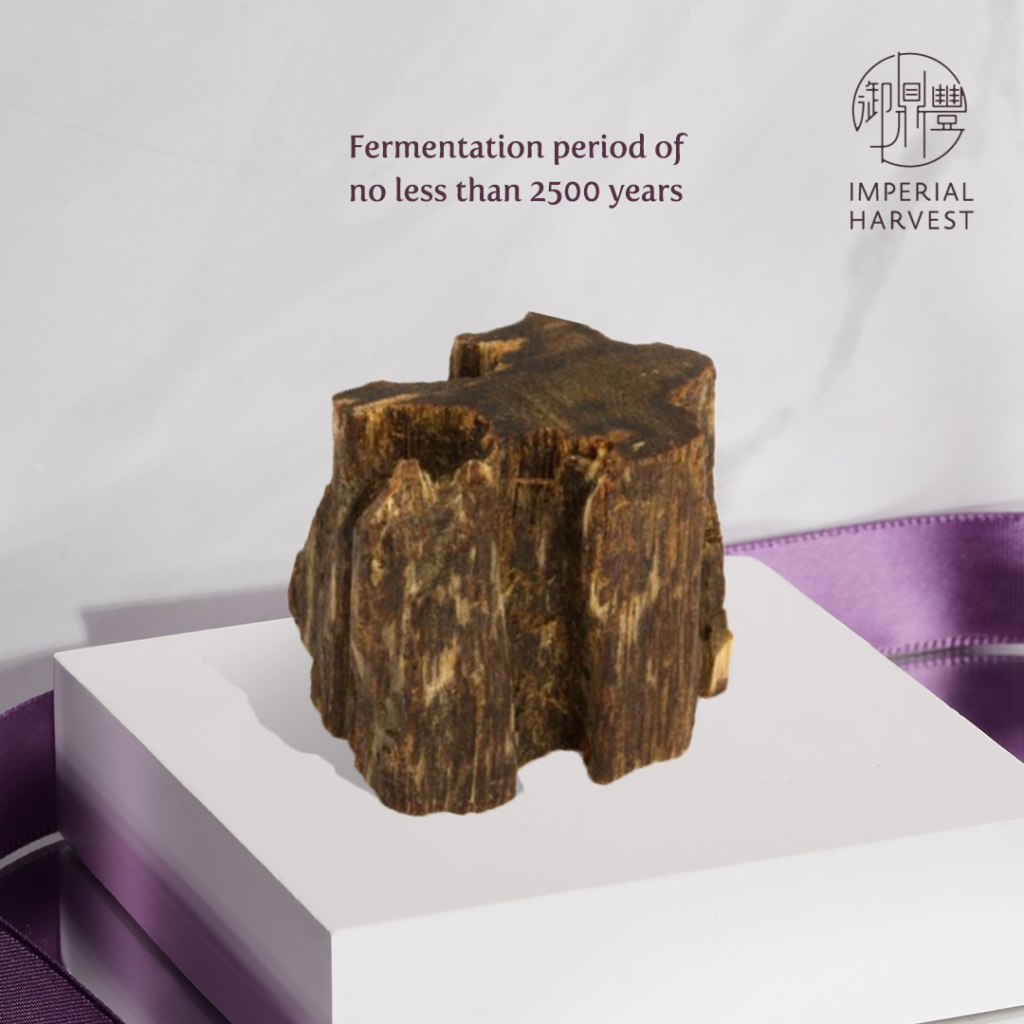 With a fermentation period of no less than 2500 years, the Green Qinan is incredibly rare and replete with dense agarwood resin content – second to the White Qinan agarwood.

As the White Qinan is reserved solely for the Emperor of China, the Green Qinan – being the second most powerful wealth expanding treasure is strictly reserved only for royal family members of the “Son of Heaven (天子)”.

The surface of Green Qinan is dark blue-ish green – a result of the rich and dense resin infused with agarwood fibre. The interior (cross-section) of Green Qinan features a blend of yellow-green Qinan resin.

Fermentation: 2500 years and above 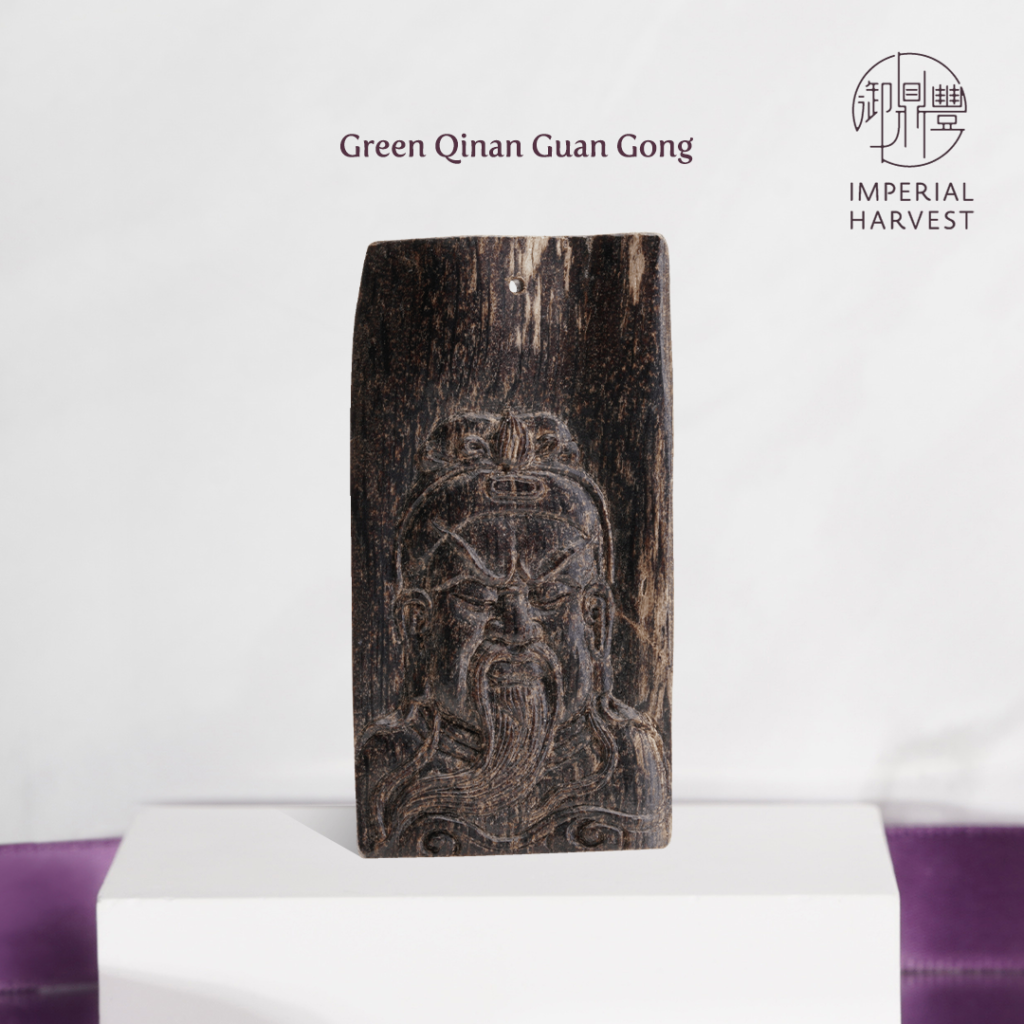 Guan Gong is widely known and worshipped as the Business God of Wealth – ideal for those who are looking for massive sales breakthroughs in their business and career, attracting and closing multi-million dollar sales opportunities and gaining powerful referrals from benefactors.

His strategic acumen, excellent physique and strong moral values established a solid reputation for Guan Gong as one of the most formidable generals of all time.

The Green Qinan Guan Gong is the most powerful and potent amplifier of direct wealth, enabling one to build a large network of top directors (for financial advisors), attain 7-figure sales commissions (realtor) or achieve 7-8 figure revenue target aspirations. 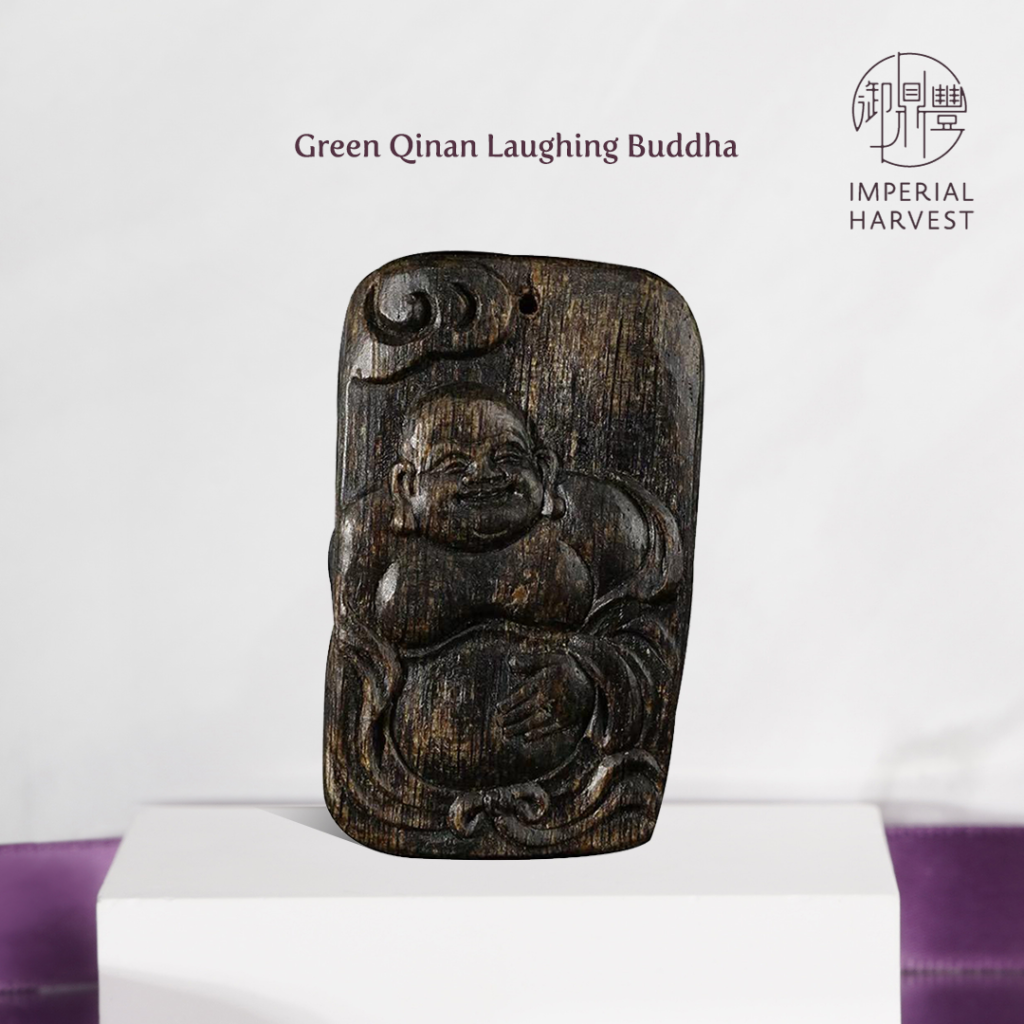 The Laughing Buddha is the emblem of auspicious luck and abundance, where a plenitude of wealth, happiness and satisfaction befalls its destined owner.

Appearing throughout Chinese culture as a representation of both wealth and abundance, the Laughing Buddha brings wealth, benefactors and abundance to one’s life.

The Green Qinan Laughing Buddha empowers one with the most powerful benefactors, multi-million dollar opportunities and wealth to achieve breakthrough results in their career, business and investments. 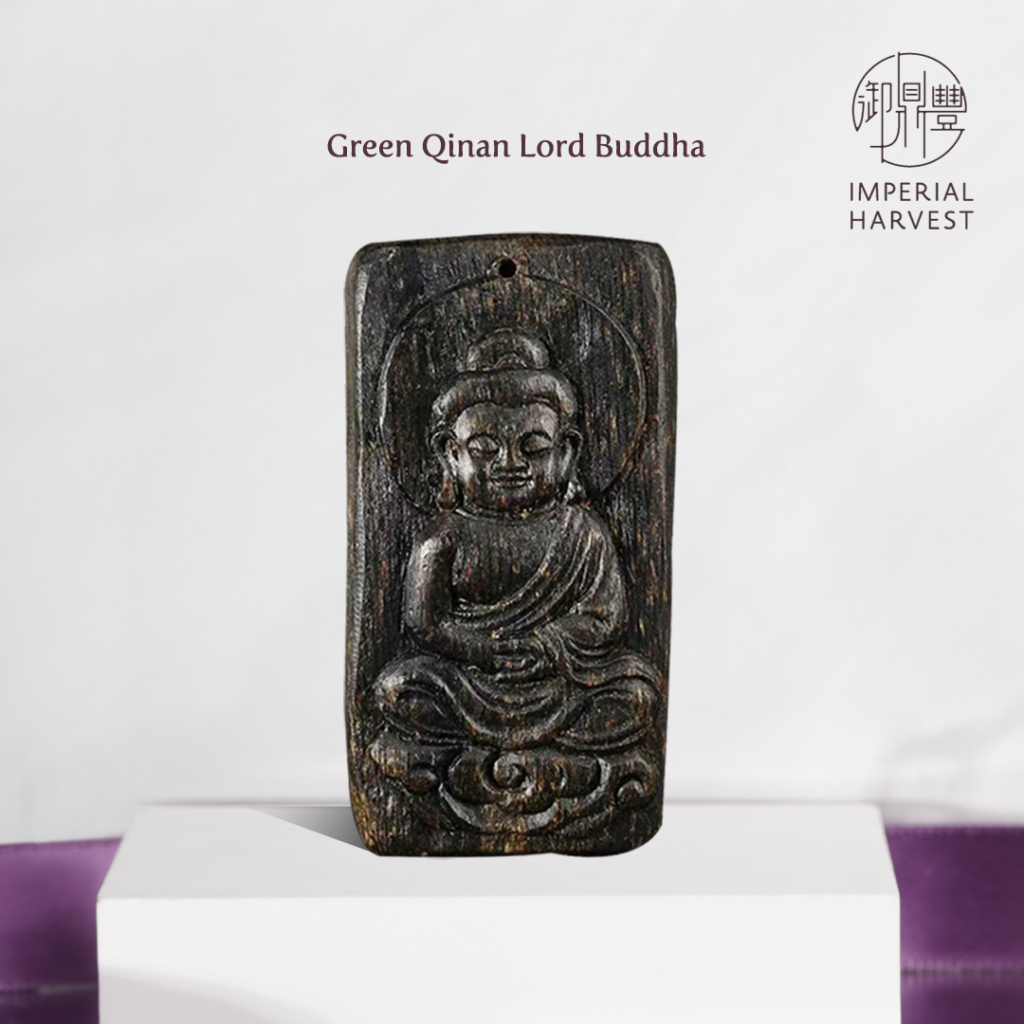 In Imperial Feng Shui, Lord Buddha is the most powerful representation of leadership, power, wealth, benefactors and wisdom – bestowing its destined owner with foresight and business intuition to become movers and shakers in their respective industries.

Lord Buddha is the supreme ruler of three realms – commanding universal forces to help attain your wildest dreams and goals.

Green Qinan Lord Buddha is the most important catalyst for ambitious business owners, sales and career professionals to wish to rise to the top of their industries, commanding huge influence to achieve monumental levels of success.

Like to learn more about the Imperial Harvest Qinan collection? Book a complimentary consultation or contact your Imperial Harvest advisors at +65 9122 1826 (Whatsapp/SMS/Call) for more information.