Posted by Imperial Harvest on 02 September 2022

Often assuming the form of an old man, Yue Lao (月老) is the god of matchmaking and marriage in the Chinese pantheon, overseeing relationship matters between people and binding destined couples together. 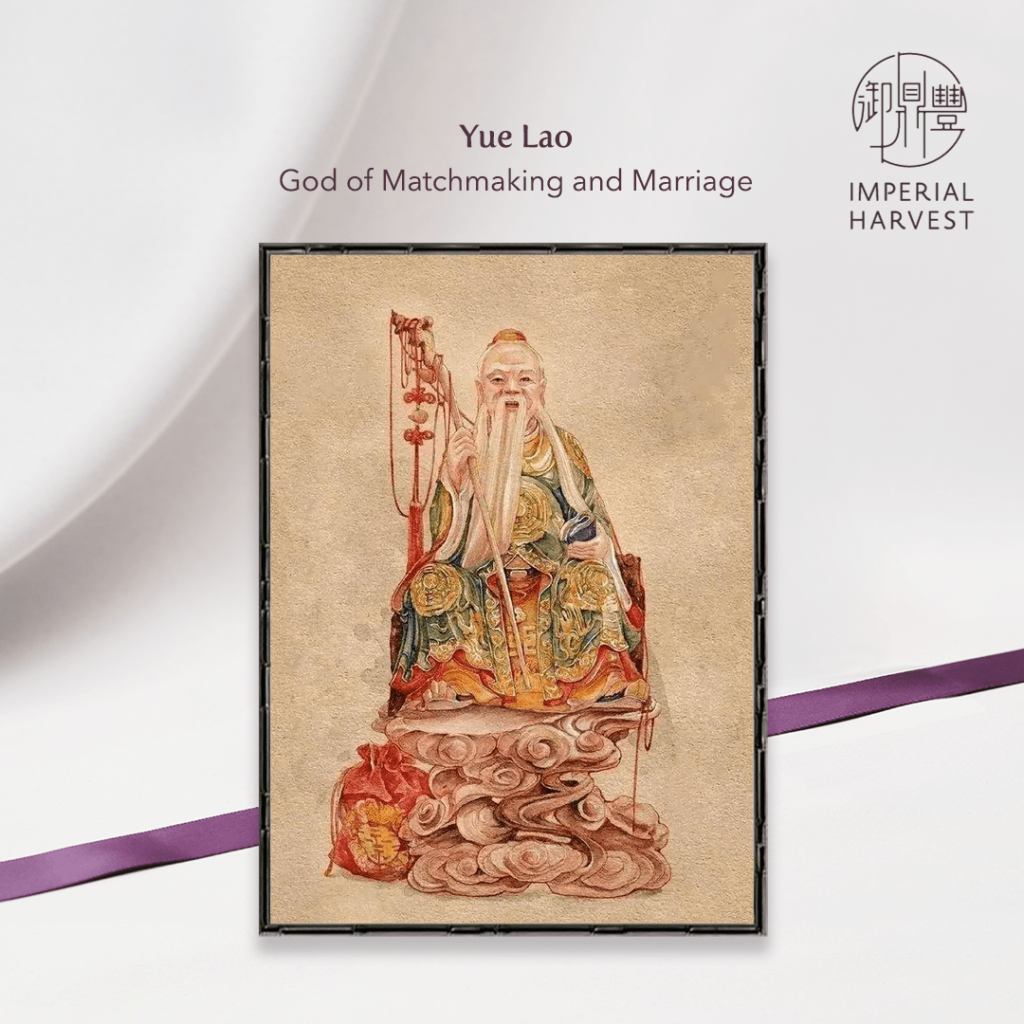 The red thread of fate is symbolic of the Chinese idiom, 千里姻缘一线牵, loosely translating to “a fated match across a thousand miles drawn by a thread” — indicating that those destined to be together will find each other even if they are miles apart.

With a long, varied history spanning several millennia-long, the Mid-Autumn Festival is one of the most important holidays in Chinese culture; its popularity rivalled only by the Lunar New Year festivities. During the Qing Dynasty, the Empress Dowager Cixi was known to have greatly enjoyed the Mid-Autumn Festival, spending the days between the 13th and 17th days of the 8th lunar month staging elaborate rituals in celebration of the occasion. 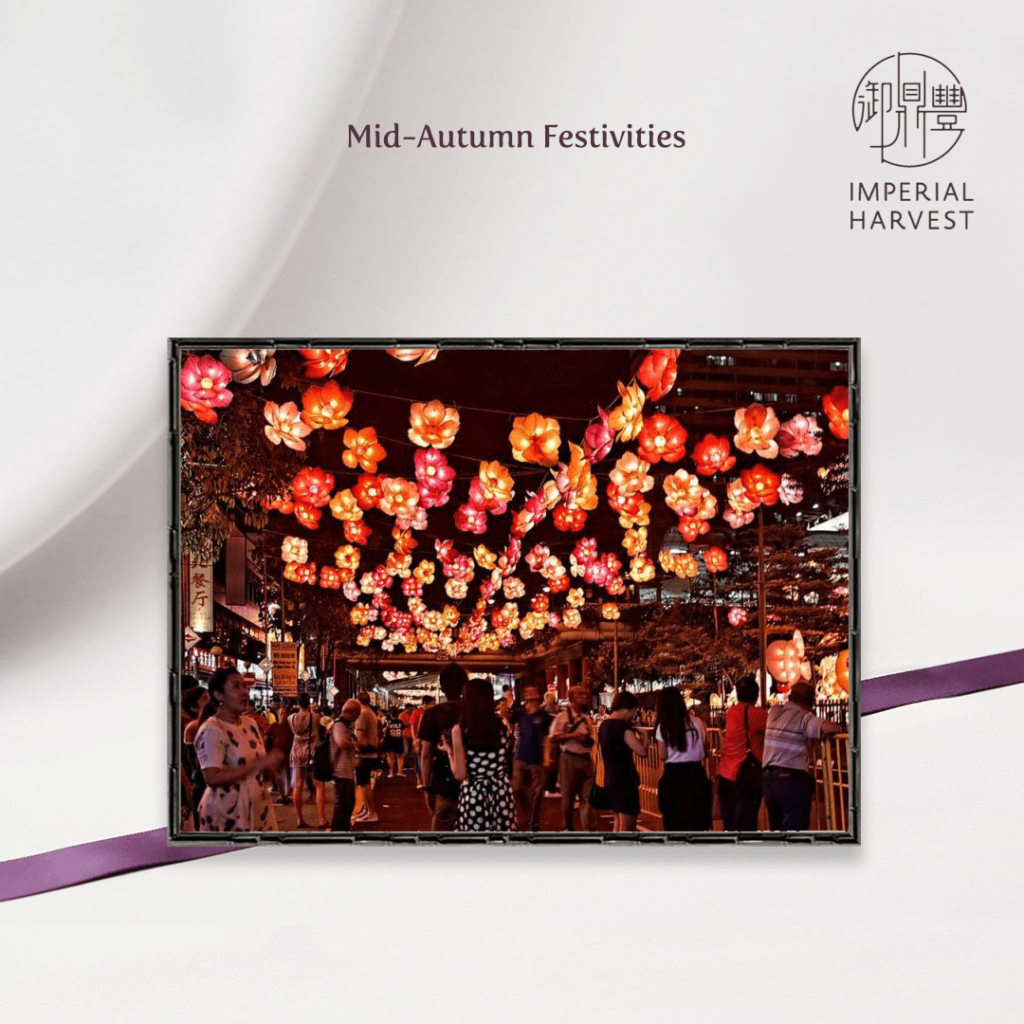 With Yue Lao’s birthday coinciding with the Mid-Autumn Festival, it marks a traditionally auspicious occasion to pray for fruitful relationships, budding romance and harmonious marriages. During this opportune time, many devotees seek out the god of marriage’s guidance and influence, aiding them in their marriage or relationship concerns, in finding their fated partner or in maintaining relationship harmony with their significant other.

Enhancing the marriage aspect of the authority star, the Imperial Harvest Fine Jadeite Yue Lao brings good fortunes to you and your significant other — enabling both parties to thrive and prosper. 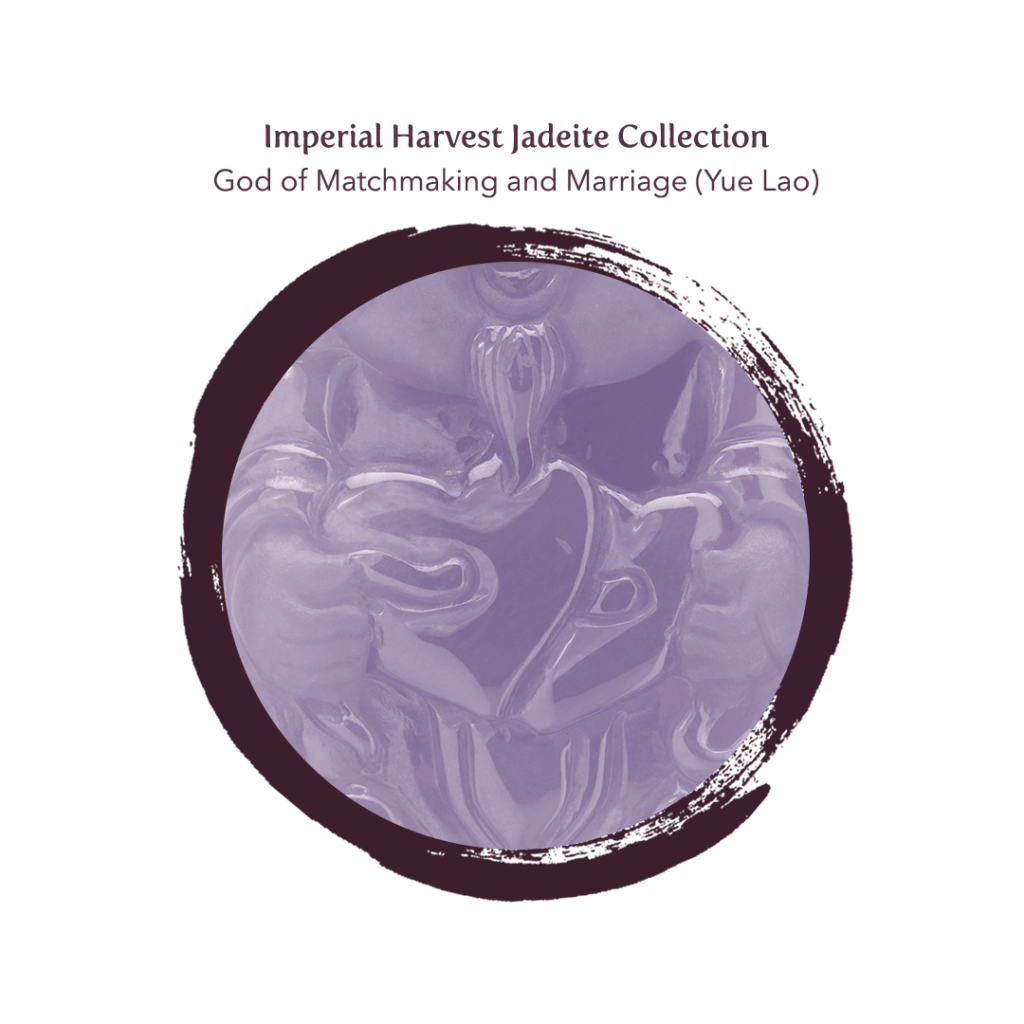 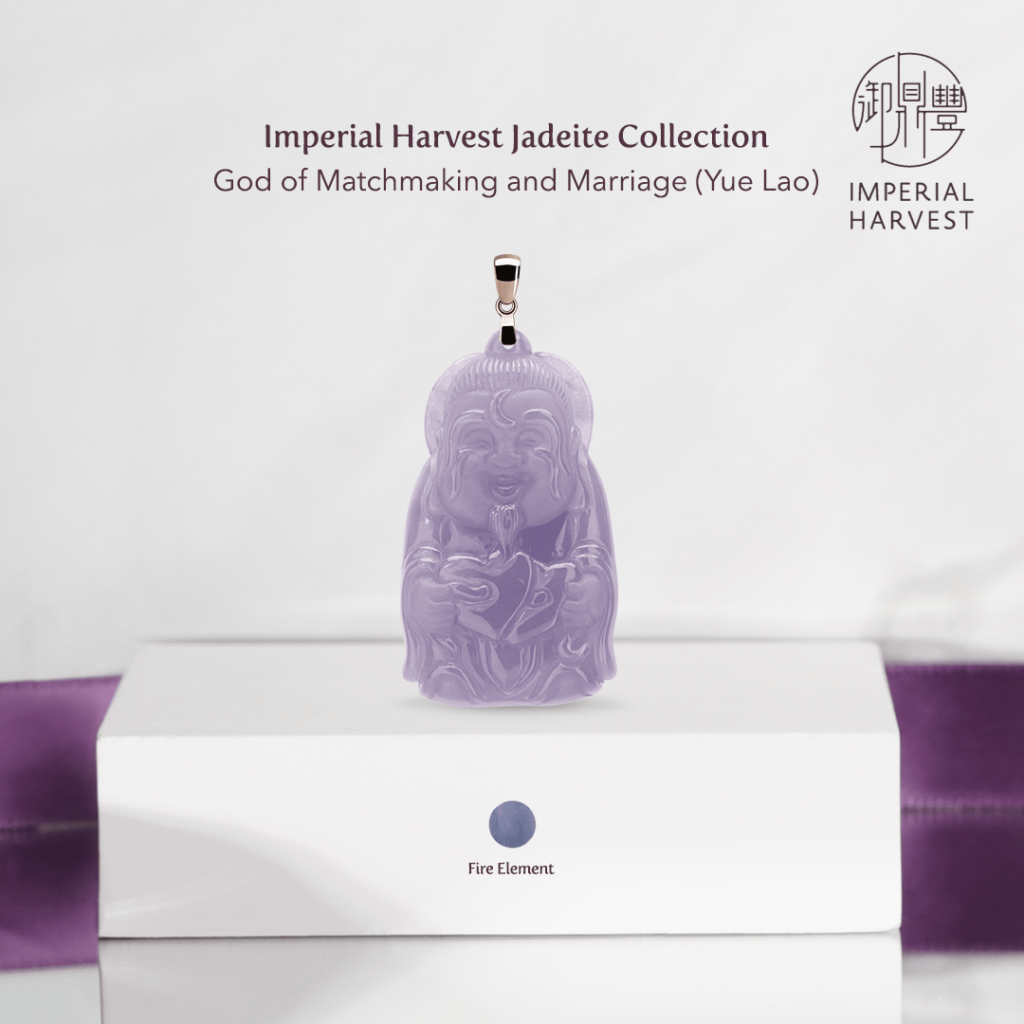 For singles, the Imperial Harvest Fine Jadeite Yue Lao aids them in finding their destined match and subsequently, a lasting and harmonious marriage. The red thread of fate wielded by Yue Lao connects them to their fated match sooner, cutting down the time spent on unfruitful relationships.

For couples, the red thread of fate in the Imperial Harvest Fine Jadeite Yue Lao aids them and their significant others to stay faithful and loving in their relationship through both good and challenging times. This impeccable treasure promotes healthy and balanced marriages to prevent third parties from interfering in the relationship.

For those whose marriages may be going through rough patches, Yue Lao also brings amicability and harmony back into the family, enabling them to come to a peaceful resolution. 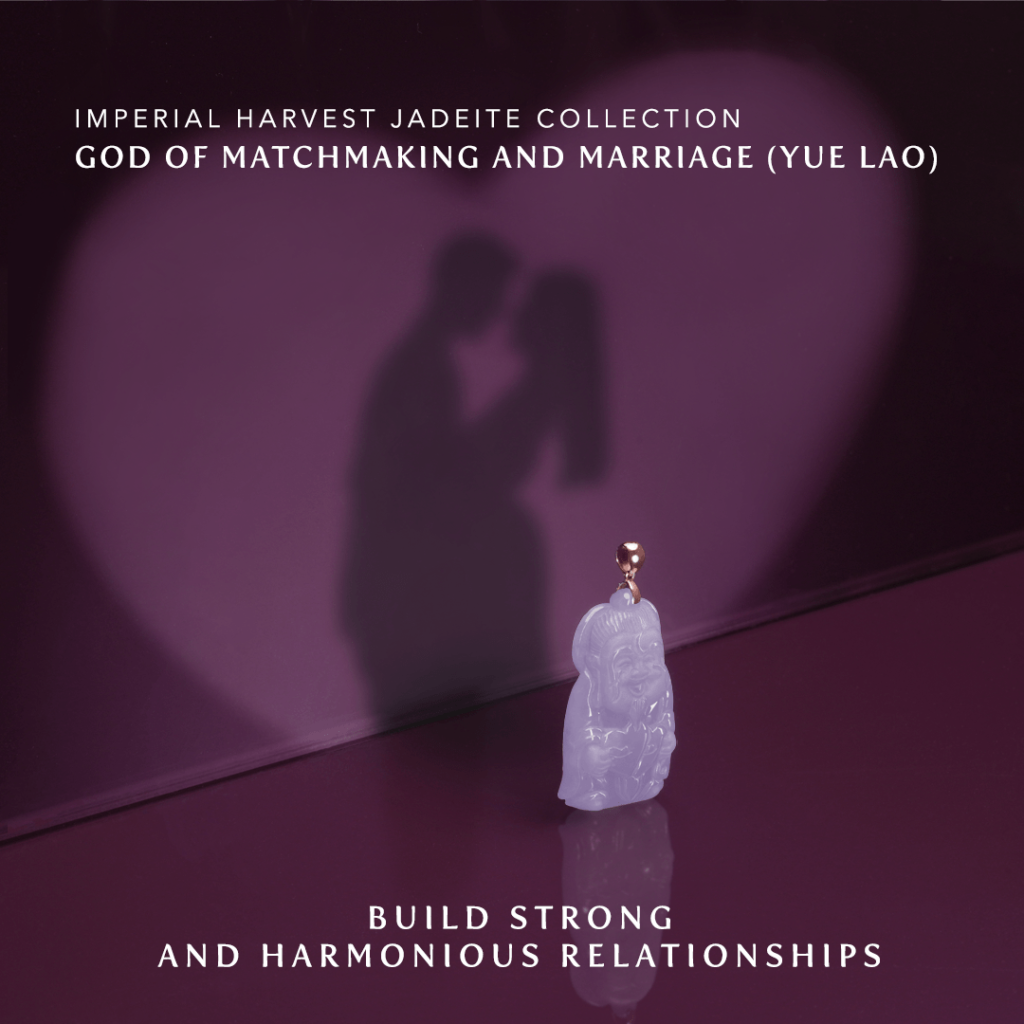 Playing a major component in the suite of Imperial Feng Shui treasures at Imperial Harvest, jadeite empowers their destined owners in achieving their fullest potential. Generations of Chinese emperors favoured Imperial Feng Shui for its ability to create favourable outcomes and acknowledged jadeite’s role in enhancing their personal luck. 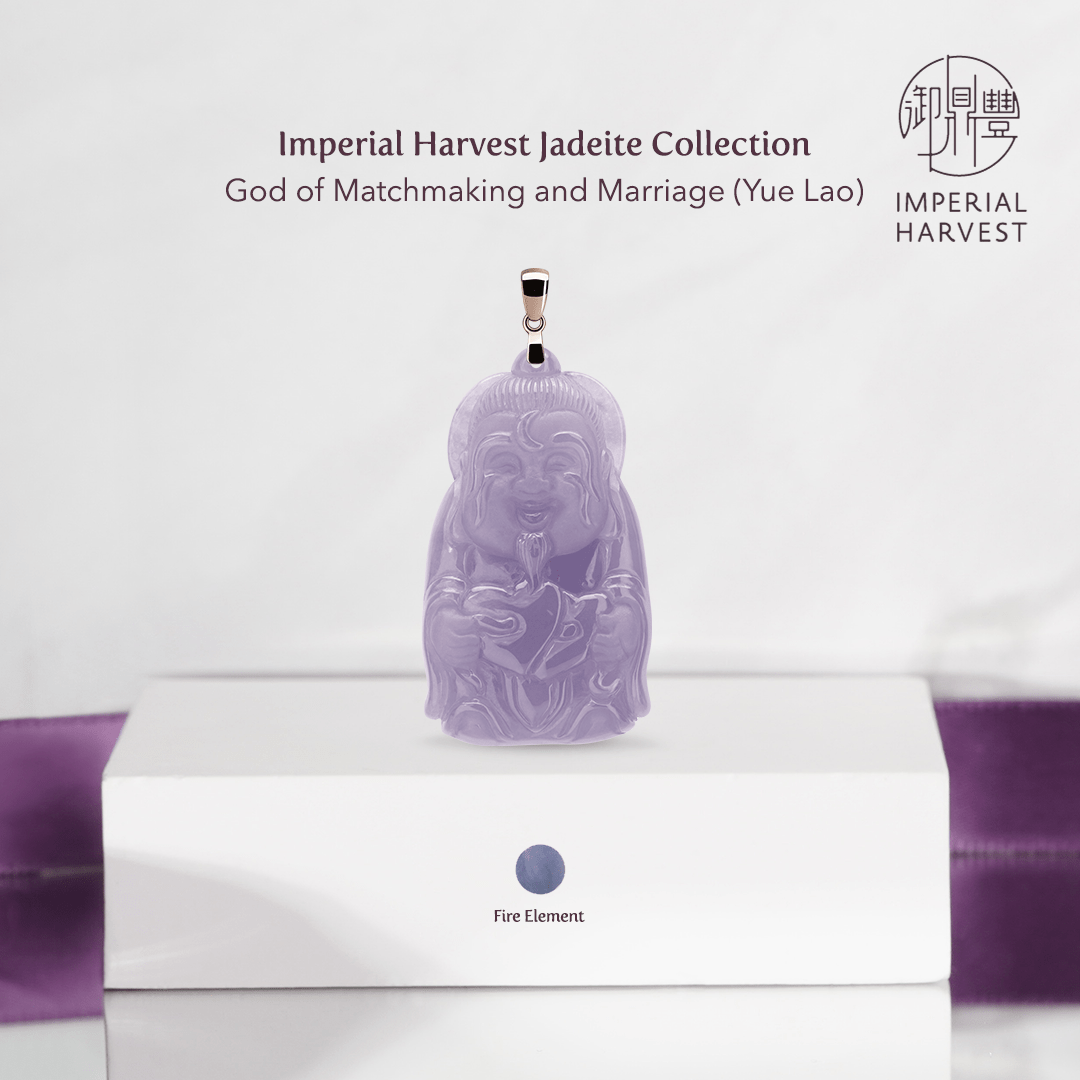 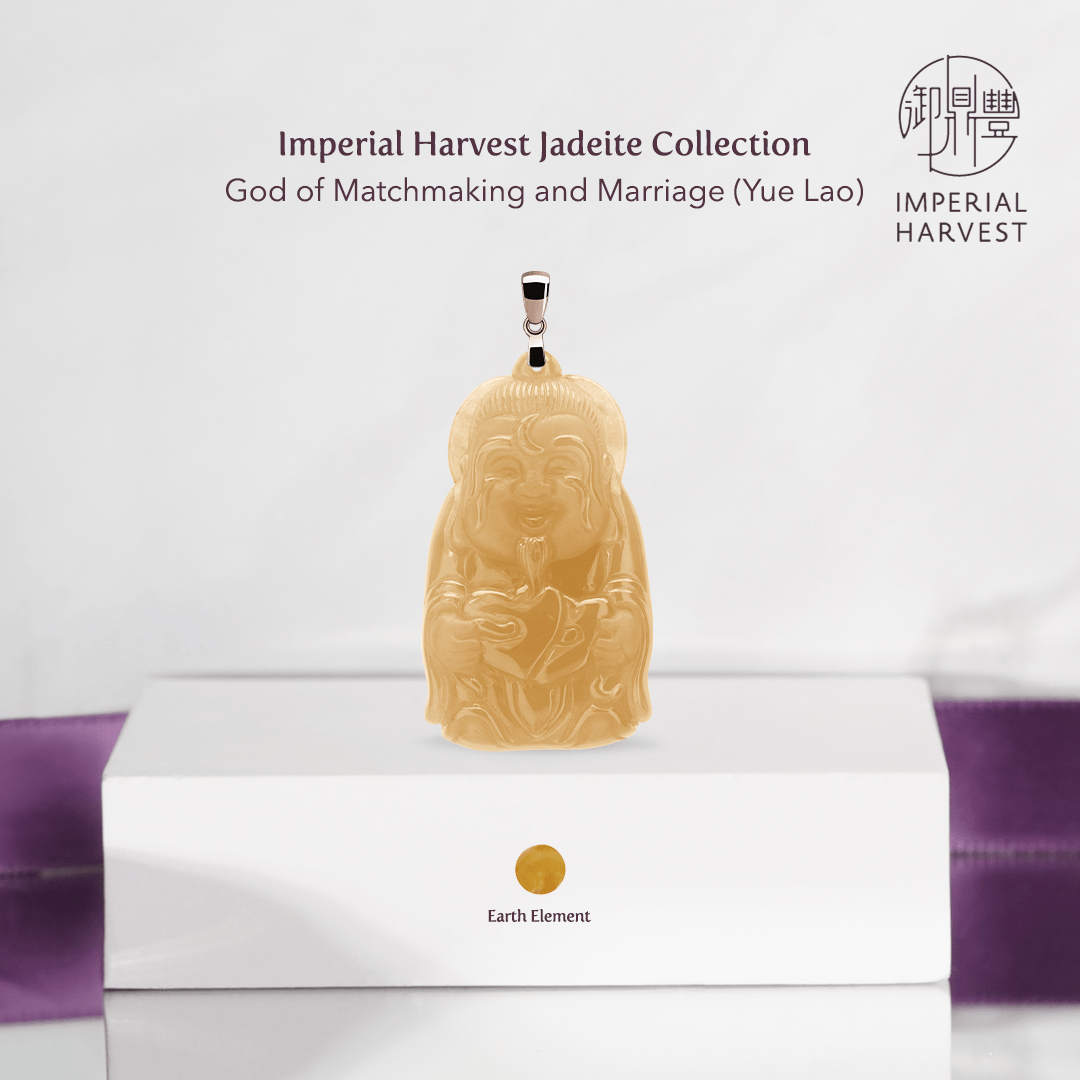 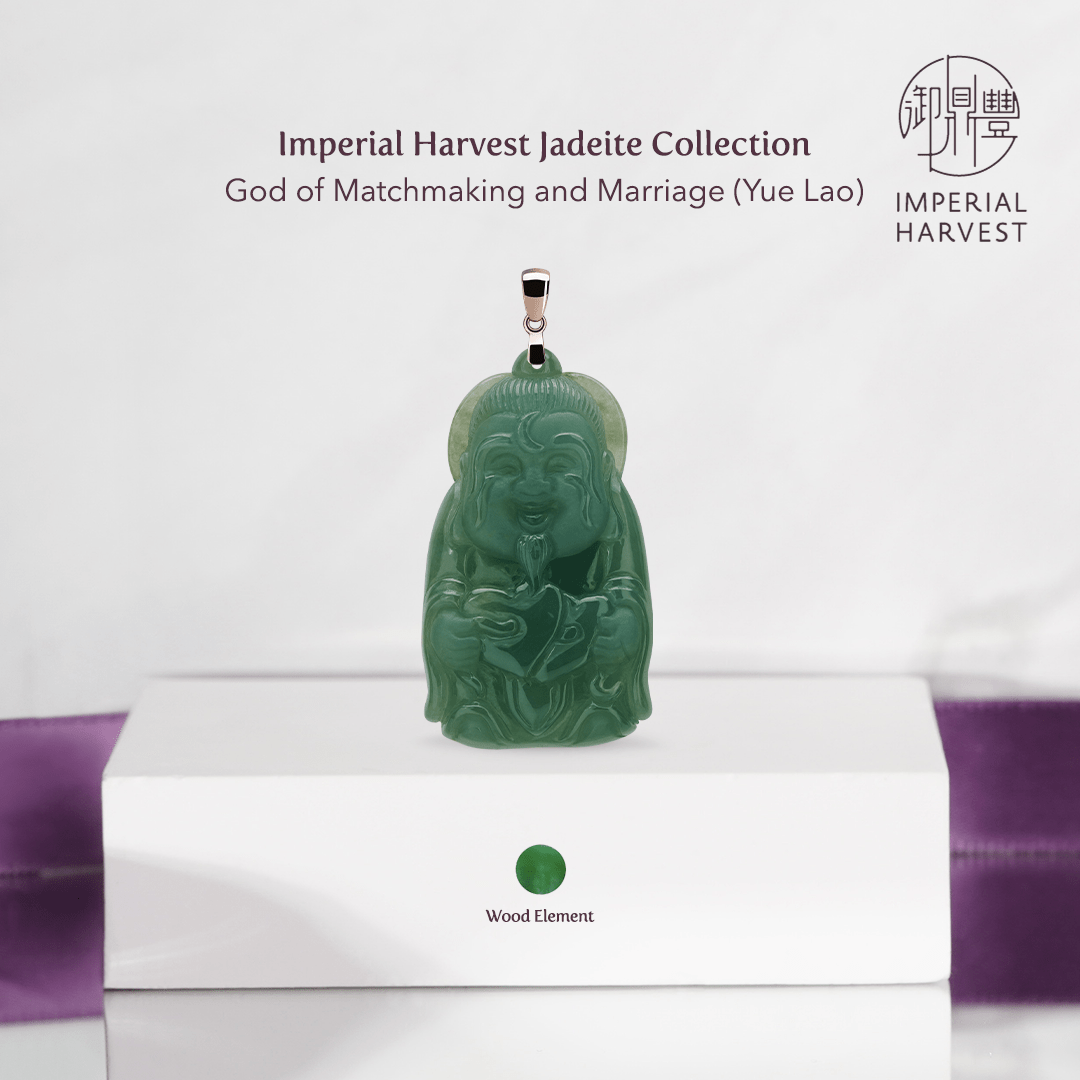 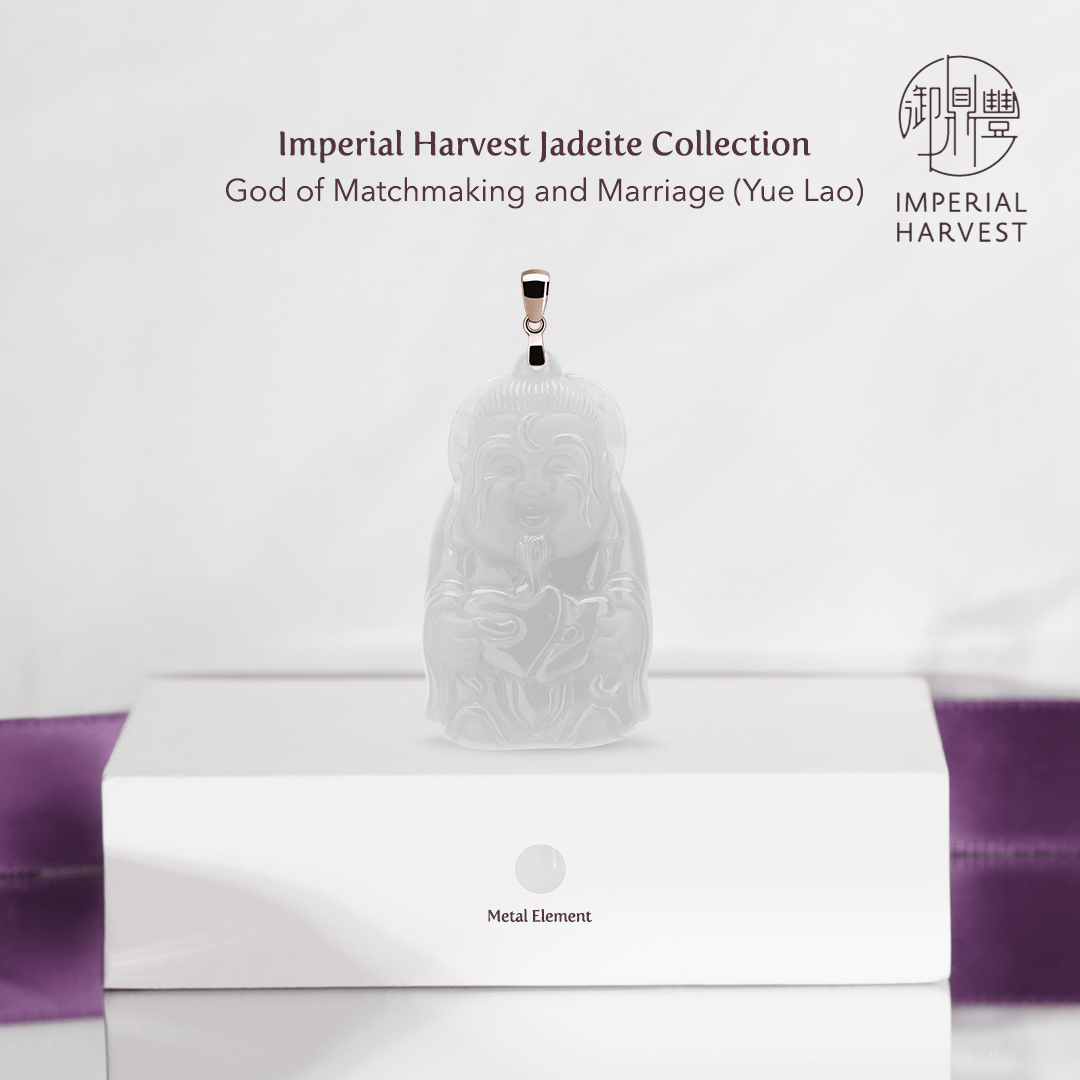 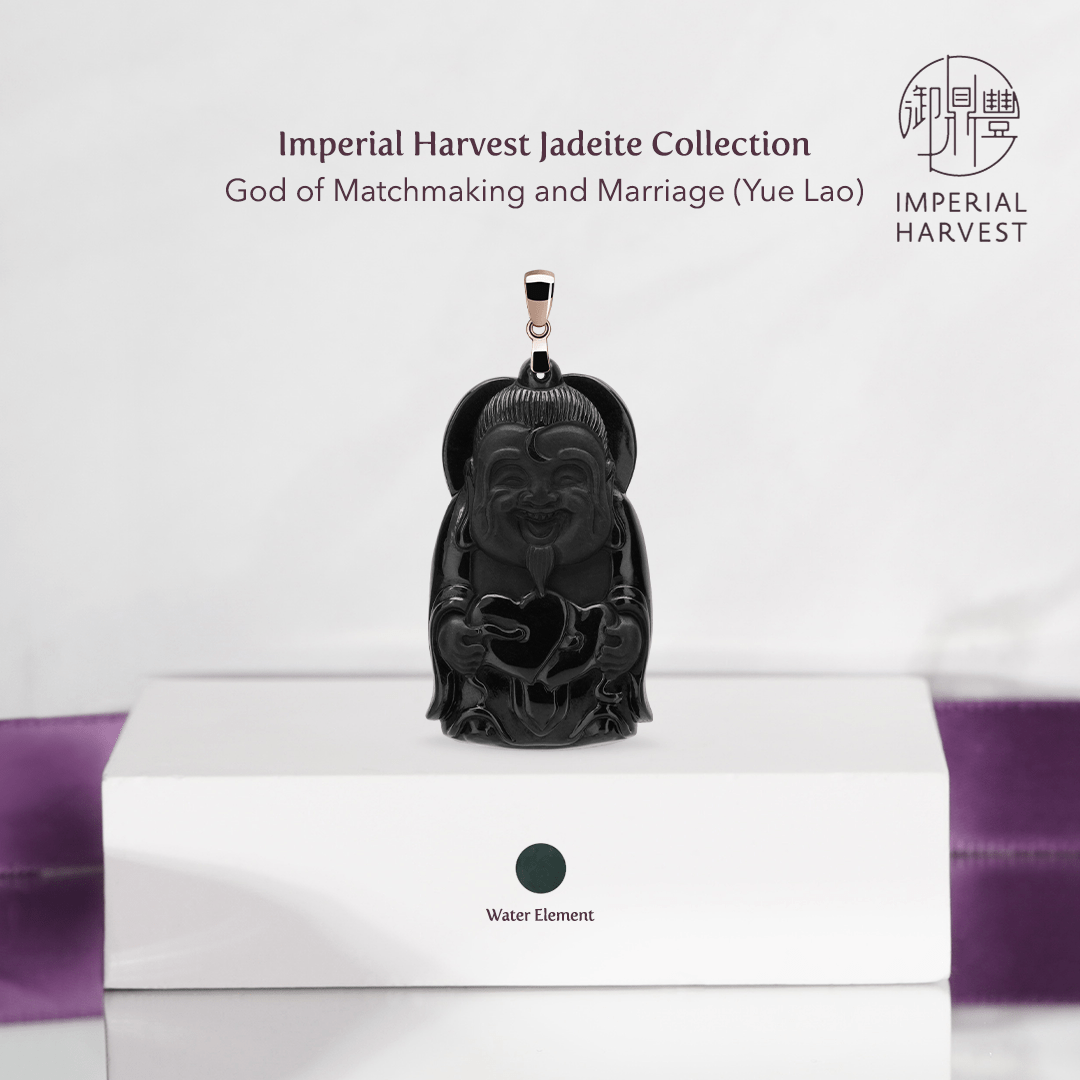 Decoding the science of getting rich – Part 4: Authority Star