Posted by Imperial Harvest on 15 October 2021

The Goddess of Mercy, otherwise known as Guan Yin, is a figure of eternal benevolence. Widely beloved in various Buddhist traditions, she is celebrated as the spiritual embodiment of wisdom, compassion and mercy. 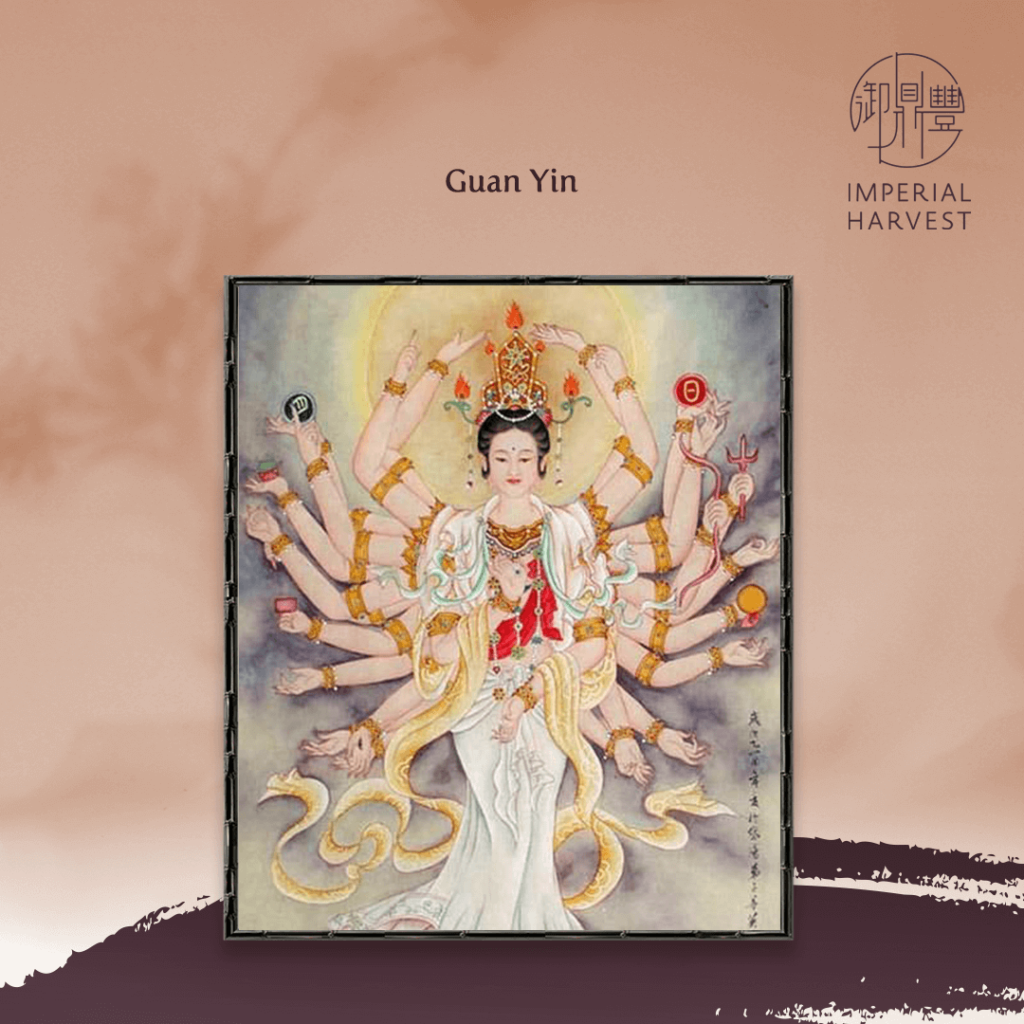 Guan Yin’s path to enlightenment, along with her deification as the Goddess of Mercy, is defined by three key milestones. Over time, these auspicious dates have come to be celebrated by Buddhist communities as the three birthdays of Guan Yin:

The first birthday of Guan Yin falls on the 19th day of the 2nd lunar month, and marks the day that Guan Yin was born into a royal family as Princess Miao Shan. Her early years as a royal family princess helped her to appreciate dysfunctional social and economic orders, and she developed an unwavering conviction to help humanity achieve unlimited human potential.

Guan Yin’s second birthday falls on the 19th day of the 6th lunar month where she was deified as the Goddess of Mercy in the Buddhist pantheon. Anointed with boundless divine powers by Lord Buddha, she blesses her devotees with abundance, benefactors and prosperity.

Lastly, her third birthday falls on the 19th day of the 9th lunar month (which coincides with 24th October 2021). This date marks her renunciation of worldly habits, leaving the comforts of the status quo, and her assumption of nunhood. Renunciation requires vision, courage and faith — the essential ingredients to achieve greatness. It means breaking old habits, liberating ourselves from mental shackles and having the courage to leave the shore to discover new oceans.

Guan Yin’s path to Nirvana was documented in the Precious Scroll of Fragrant Mountain (香山寶卷), written during the Northern Song dynasty (960-1126). 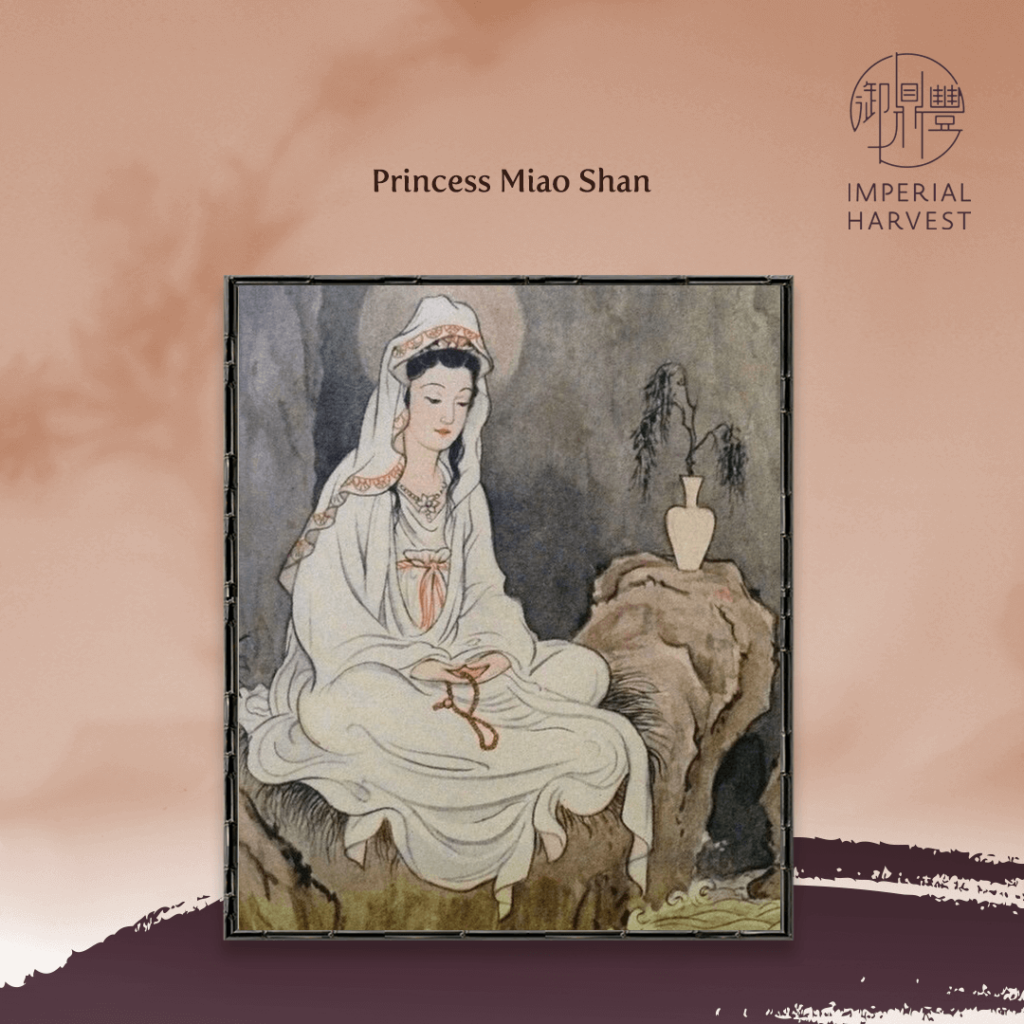 According to this account, Guan Yin was born as Princess Miao Shan to King Miao Zhuang, the prevailing ruler of the Fucheng Kingdom. Alas, King Miao Zhuang was a domineering and evil figure who sought to dictate all aspects of his daughter’s life. His single-minded pursuit of authority had also led to him torturing and killing numerous people.

During China’s dynastic history, crime rates were high and the government had to institute tough draconian laws and inhumane tortures as strong deterrence. Compassion was absent and unwelcome.

Social mobility was virtually non-existent and people were confined to their lot in life. The path to success was limited as millions of students attempted the Imperial Examinations to compete for coveted but scarce civil servant positions.

The result was a country void of compassion and dreams. Very few people had the courage to dream, to endeavour and to act to fulfil their fullest potential.

Princess Miao Shan had lofty dreams for this society in decay. In envisioning a world of unlimited human potential, she wanted to inspire others to chase their dreams, within a compassionate and kind environment.

Princess Miao Shan’s pursuit of Buddhist studies gave her precious insights into the realization of her vision. She discovered that the Buddhist philosophy could guide one towards an unlimited, full, and satisfying life.

Despite her father’s vehement objections and the material comfort that she could have enjoyed as a princess, Miao Shan took a leap of faith and renounced her royal status as a princess on the 19th day of the 9th lunar month. She became a nun and dedicated her life to inspire millions of people to pursue their dreams and realise their fullest potential.

In commemoration of Guan Yin, Imperial Harvest celebrates her spirit and her devotion to guiding humanity to unlock their latent potential with the following Imperial Harvest collections. These collections inspire bountiful luck and groundbreaking growth, empowering her devotees to achieve breakthroughs and successes in their personal and professional endeavours. 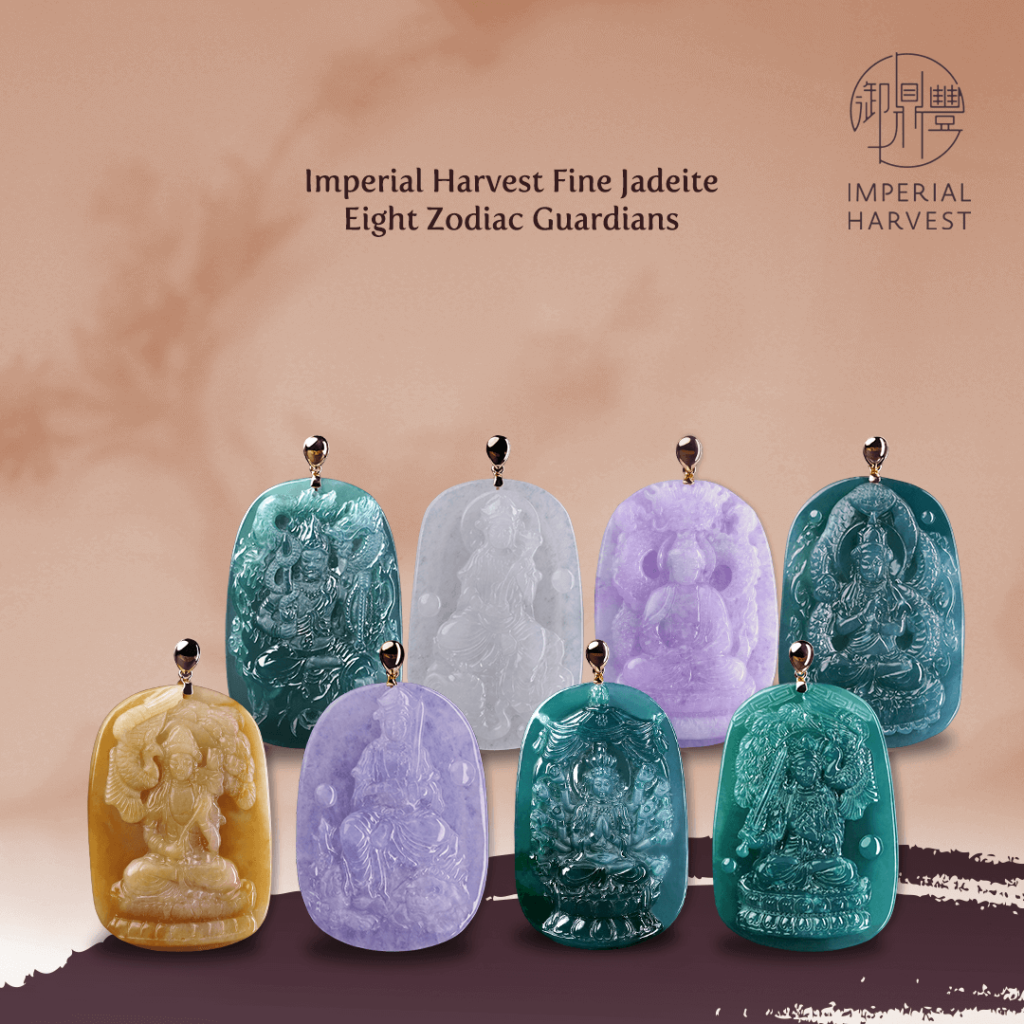 Guan Yin has thirty-three manifestations, with several of them being the designated guardians of the twelve zodiac signs. As a tribute to Guan Yin, Master David has conceptualised and designed eight different zodiac guardian designs, commissioning raw Imperial Harvest-grade jadeites for hand-finishing by our master craftsmen. 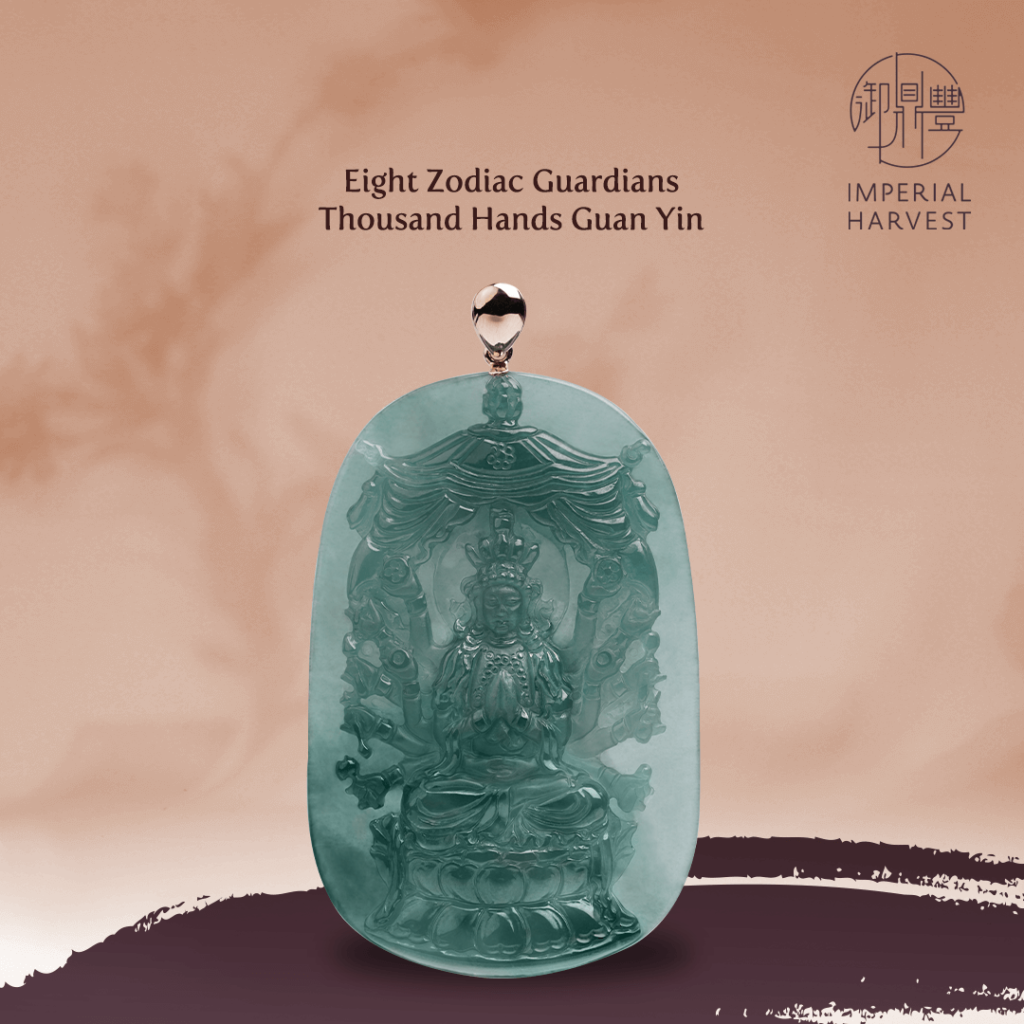 Featuring eleven heads, the Thousand Hand Guan Yin is depicted in a meditative seated position atop a blossoming lotus flower. She wields twelve intricately carved symbols of prosperity, representing the myriad of prosperous blessings bestowed upon the destined owner.

The Thousand Hand Guan Yin is hand-finished by Imperial Harvest’s master craftsmen, each boasting a multi-generational lineage in this venerable art. Its signature lustrous appearance and intricate detailing are derived from their meticulous application of leading jadeite cutting, carving and polishing techniques.

As the zodiac guardian of those born in the year of the rat, the Thousand Hand Guan Yin has empowered numerous such clients with accelerated career breakthroughs and progressions. With her abundant blessings, they find themselves achieving sterling career prospects by consistently breaking sales records and obtaining powerful referrals from prospective and existing clients.

Numerous historical accounts of Guan Yin feature her with a necklace or rosary of agarwood beads. She is said to have used it while invoking divine powers to aid her noble endeavours for the betterment of humanity. The centrality of this distinctive treasure to Guan Yin’s identity gave rise to its depiction in numerous illustrations and sculptures of her image. 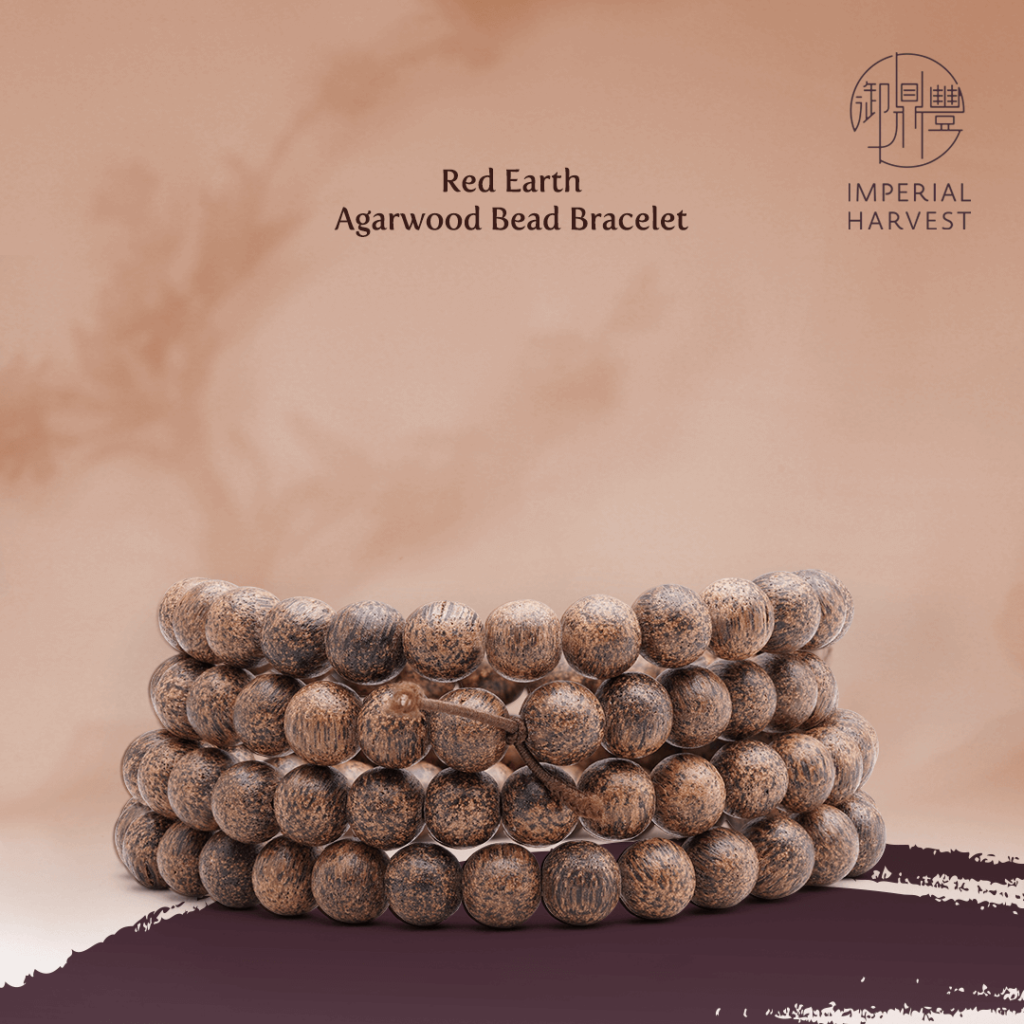 The Imperial Harvest Agarwood Collection draws inspiration from Guan Yin’s agarwood beads. It embodies our clients’ capacities to forge their desired destinies, and guides their development of new perspectives and ventures. With Guan Yin’s unwavering support, this cherished collection empowers our blessed clients in achieving astounding growth in the endeavours they undertake.

The immaculate qualities of the Imperial Harvest Crystal Collection are emblematic of Guan Yin’s virtuous and unclouded qualities. Each Imperial Harvest-grade Crystal is impeccably designed and crafted based on a fundamental belief in unlimited human potential, and in the merits of unceasing perseverance. 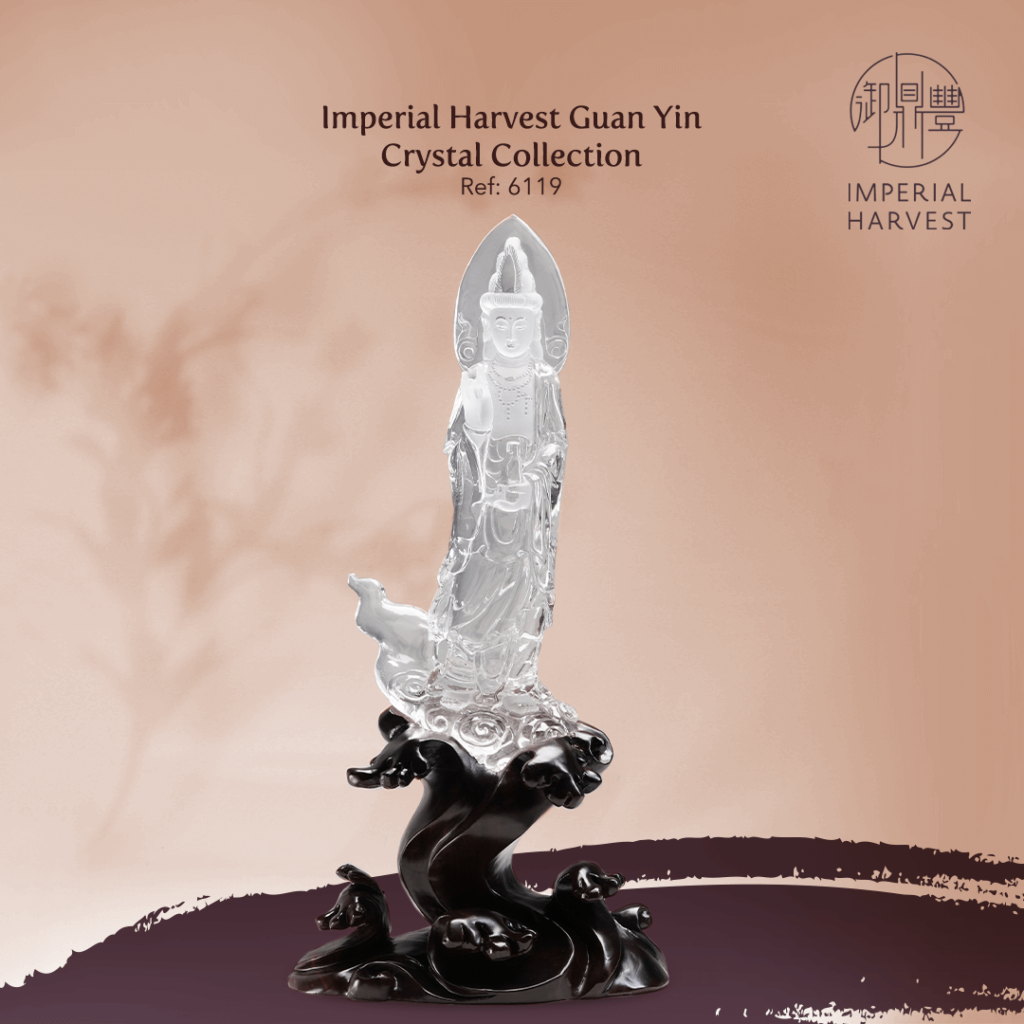 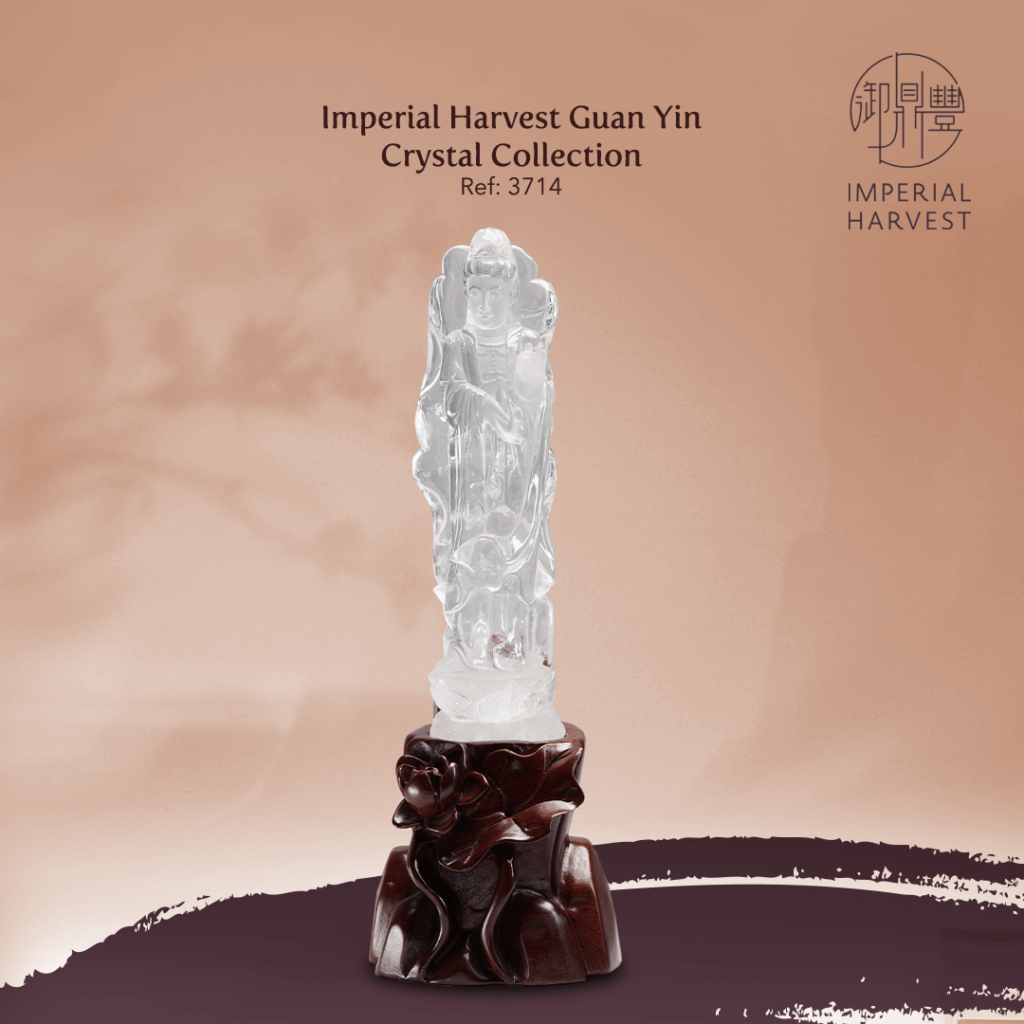 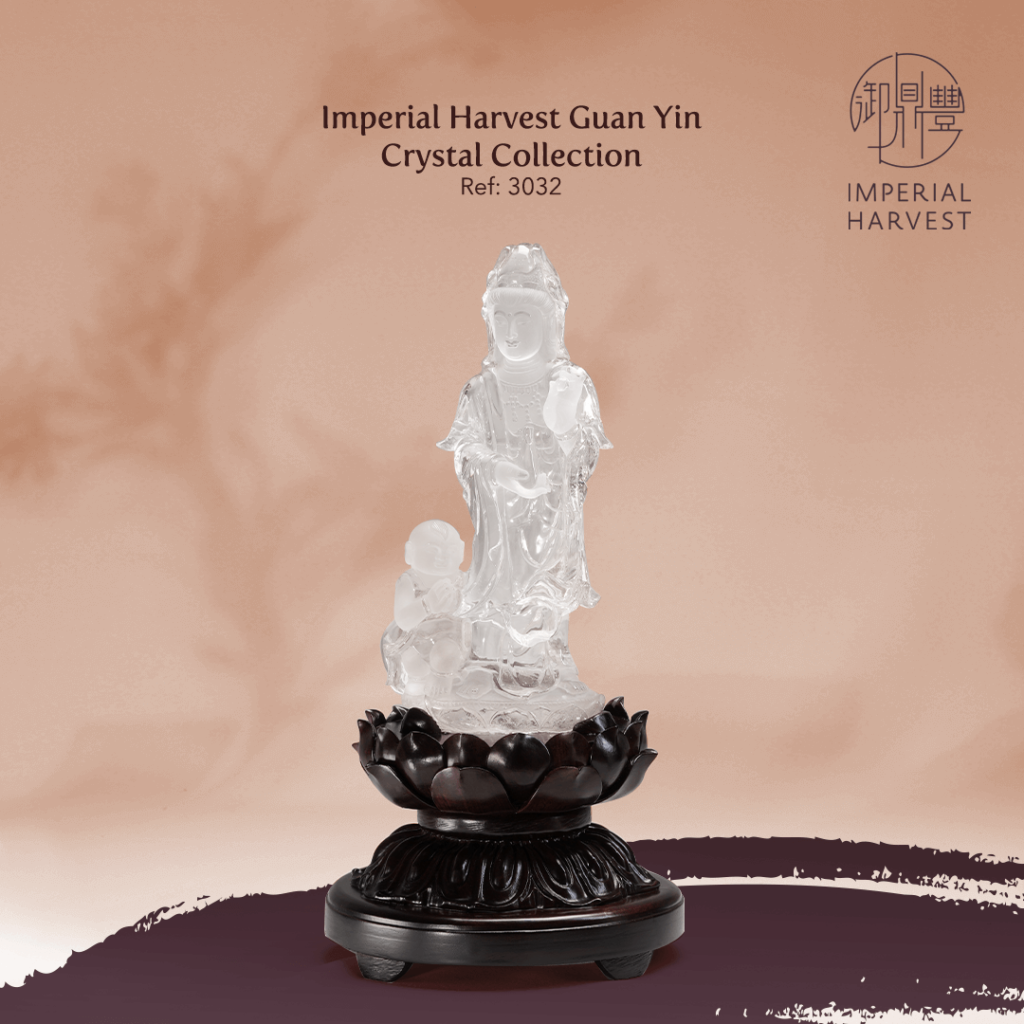 At Imperial Harvest, Guan Yin’s likeness is immortalised in rare clear quartz and promotes harmony, overcoming adversities and conquering inner fears. This culminates in an Imperial Feng Shui Treasure that empowers individuals to carve new opportunities and harness immense benefactor support in their pursuit of financial abundance, prosperity and stability.

Today, the legend and merits of Guan Yin inspire countless people across Asia and beyond. At Imperial Harvest, we are similarly regaled by tales of her power, compassion and wisdom. Her merits are a powerful testament to inner strength and transformation, echoing the Imperial Harvest ethos of providing guidance and insight to our blessed clients through their life journeys. 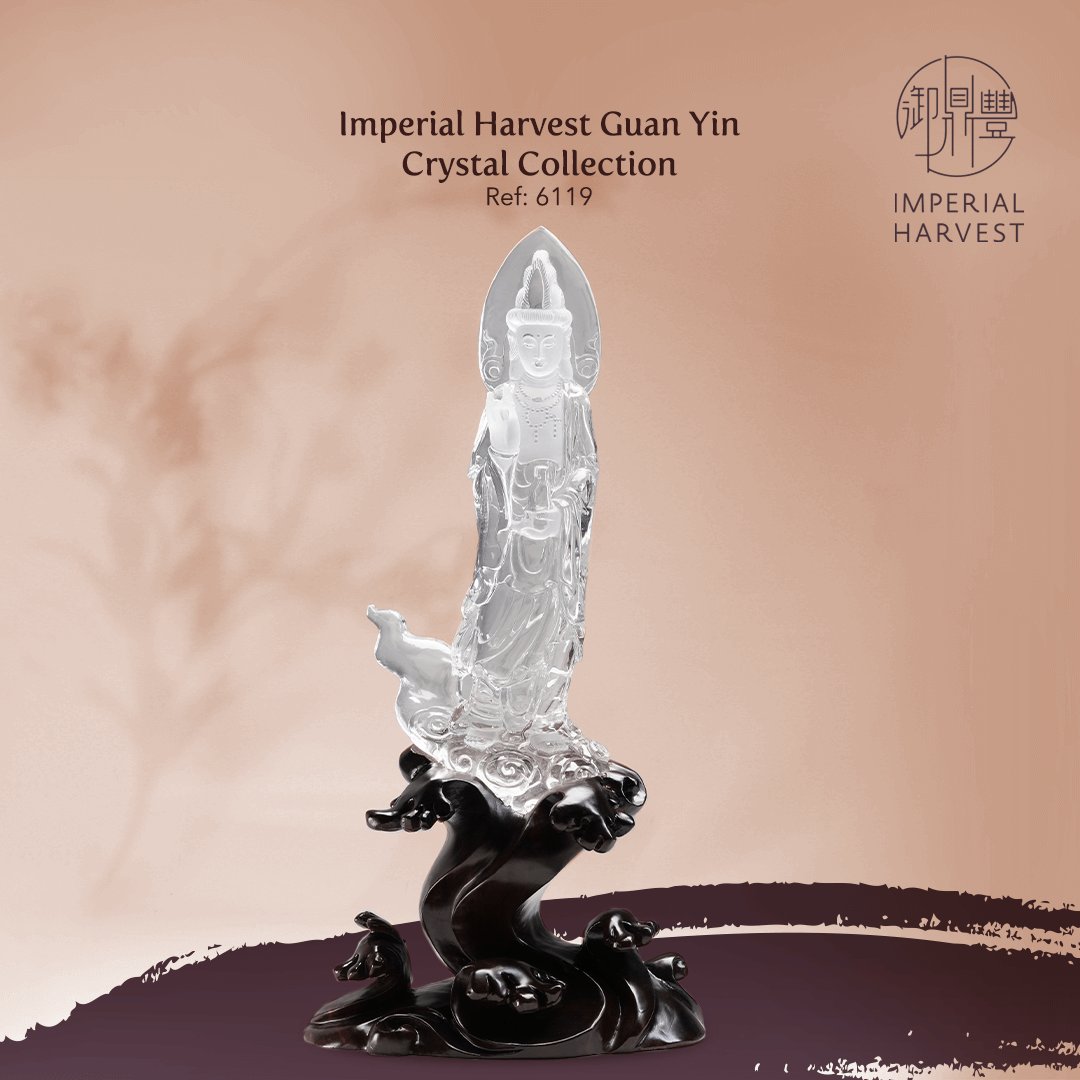 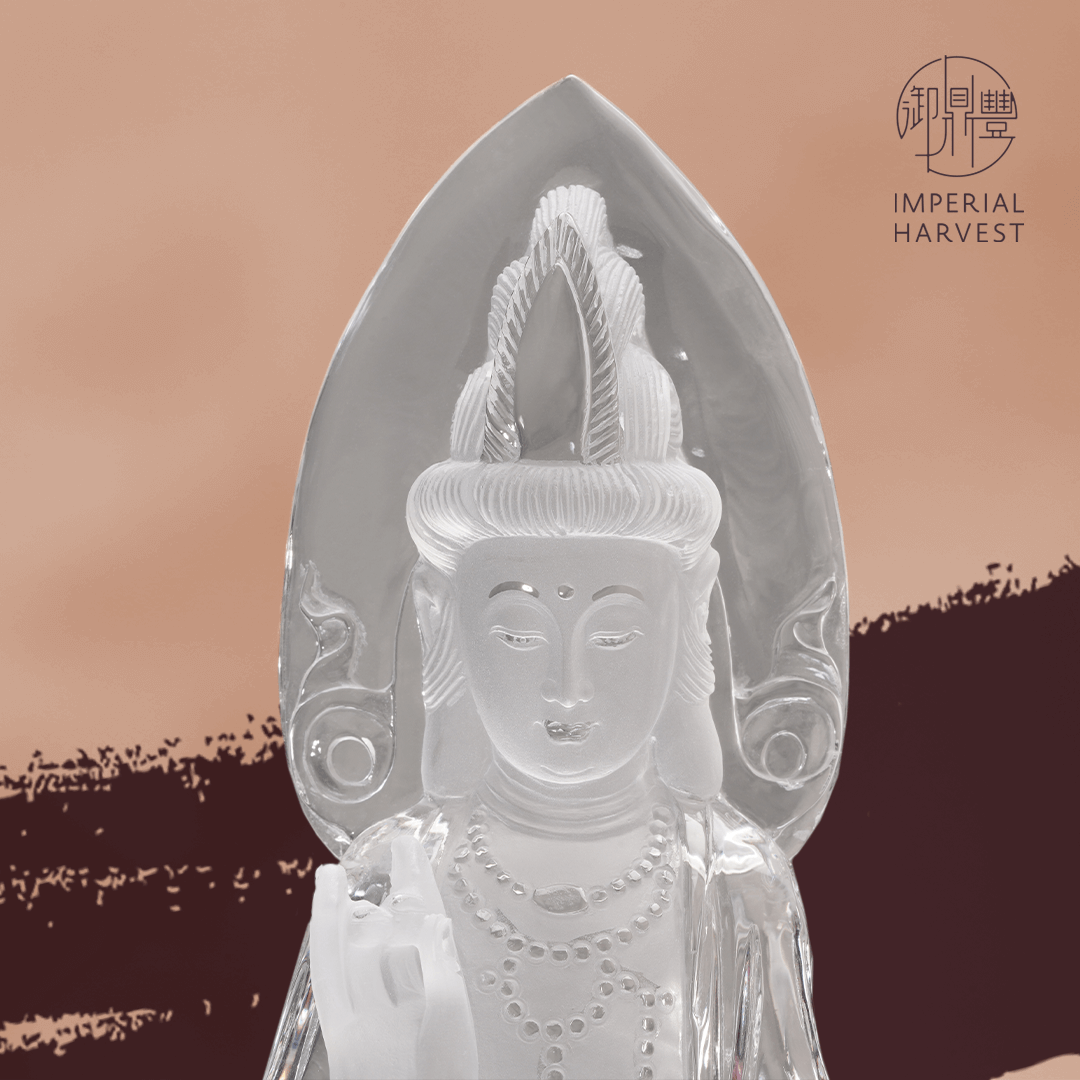 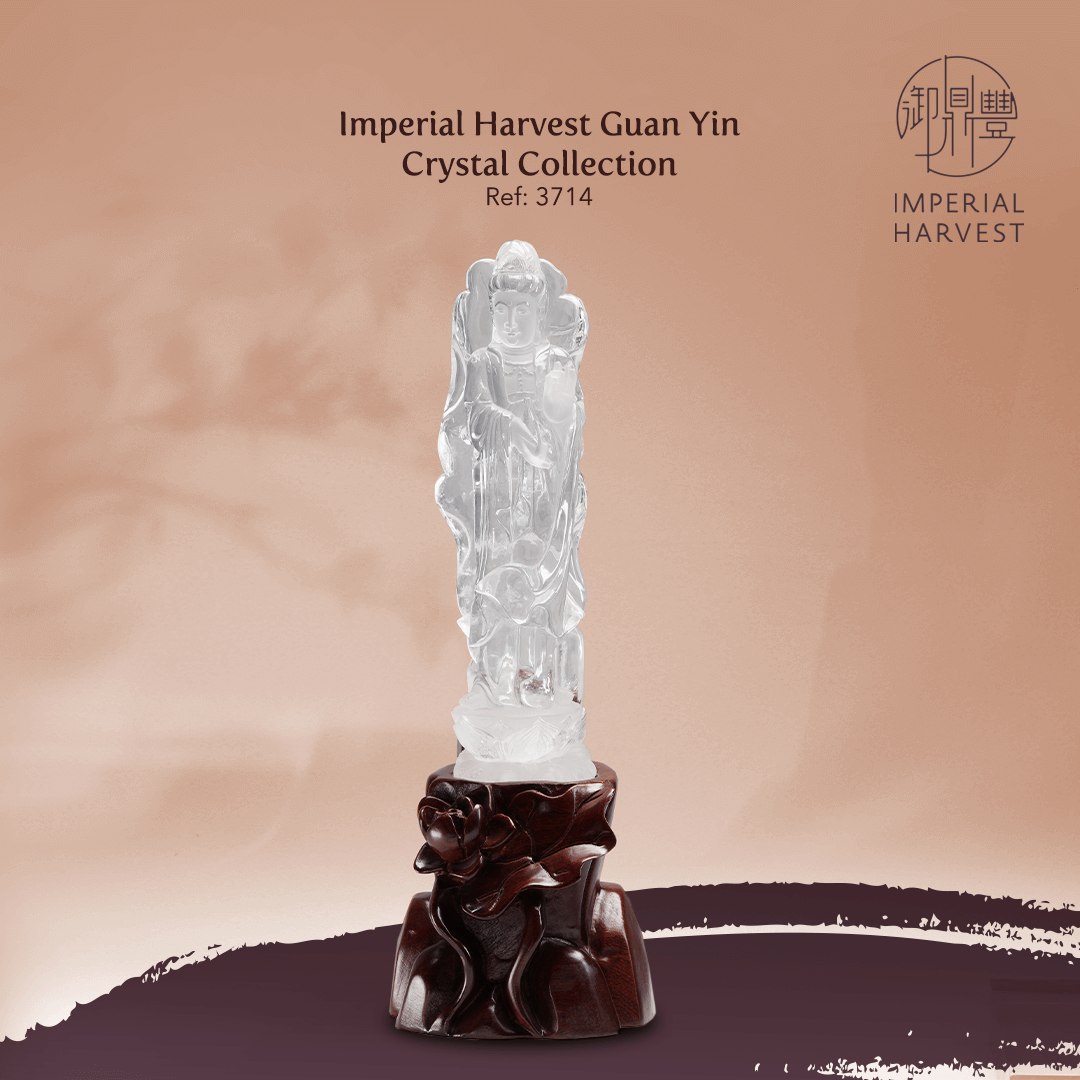 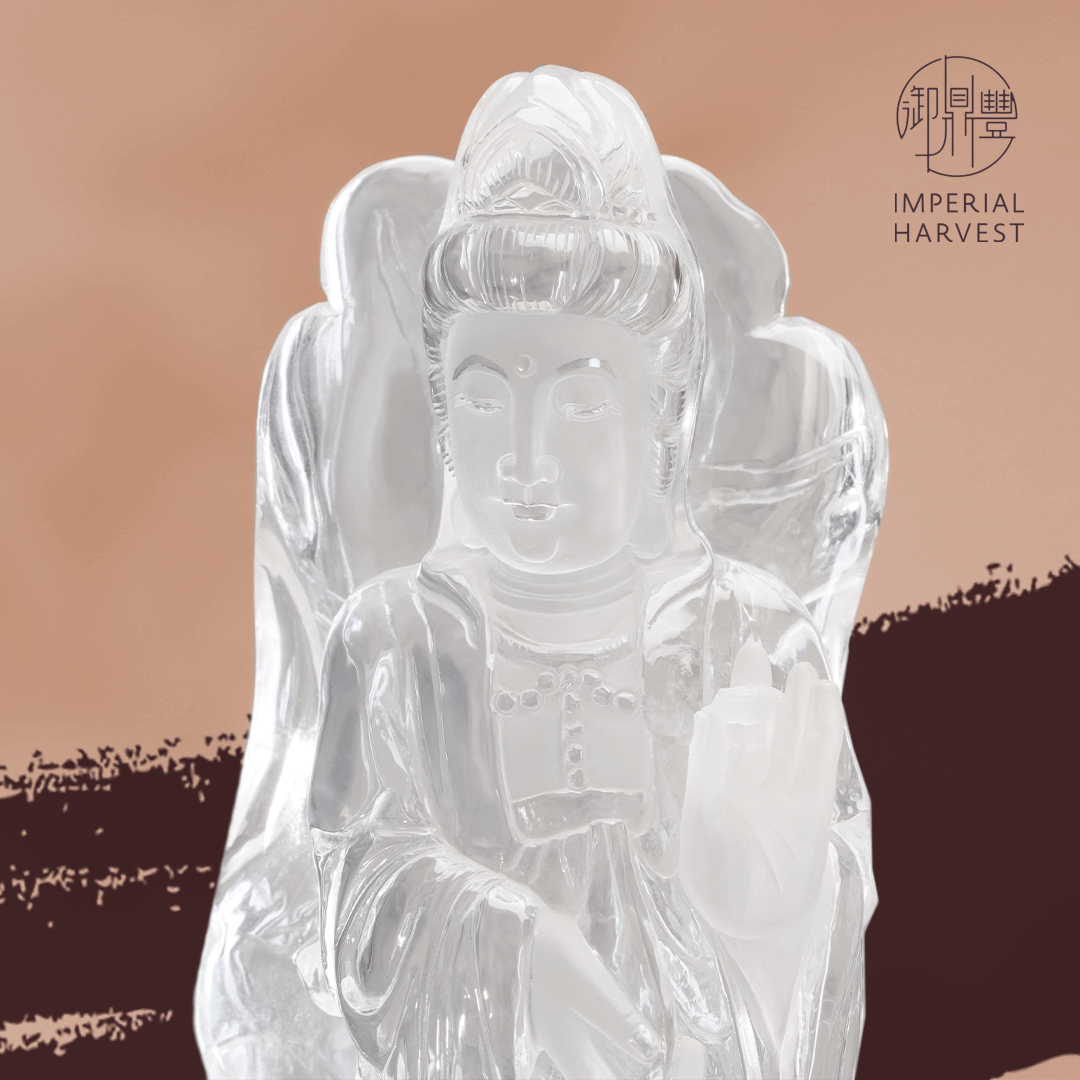 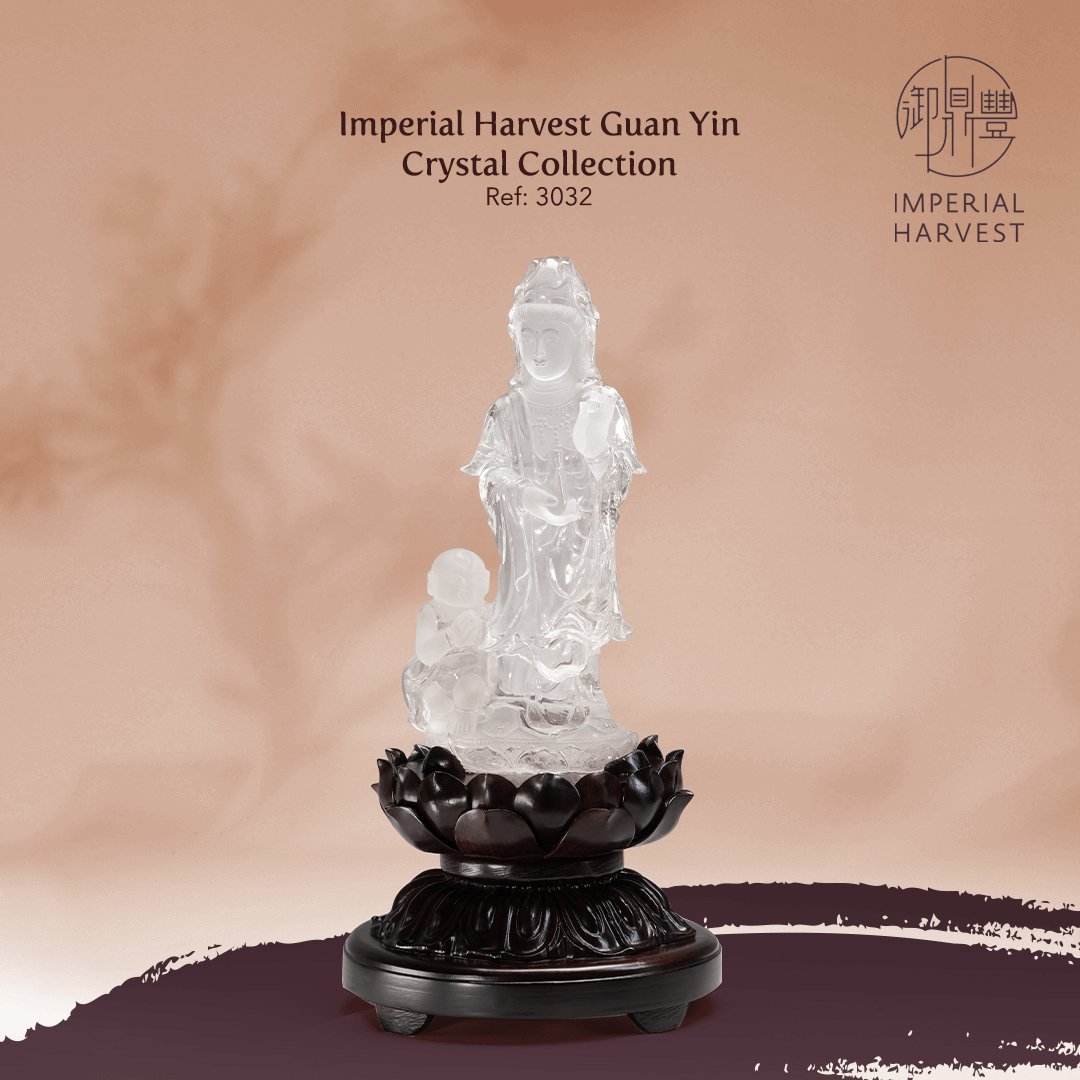 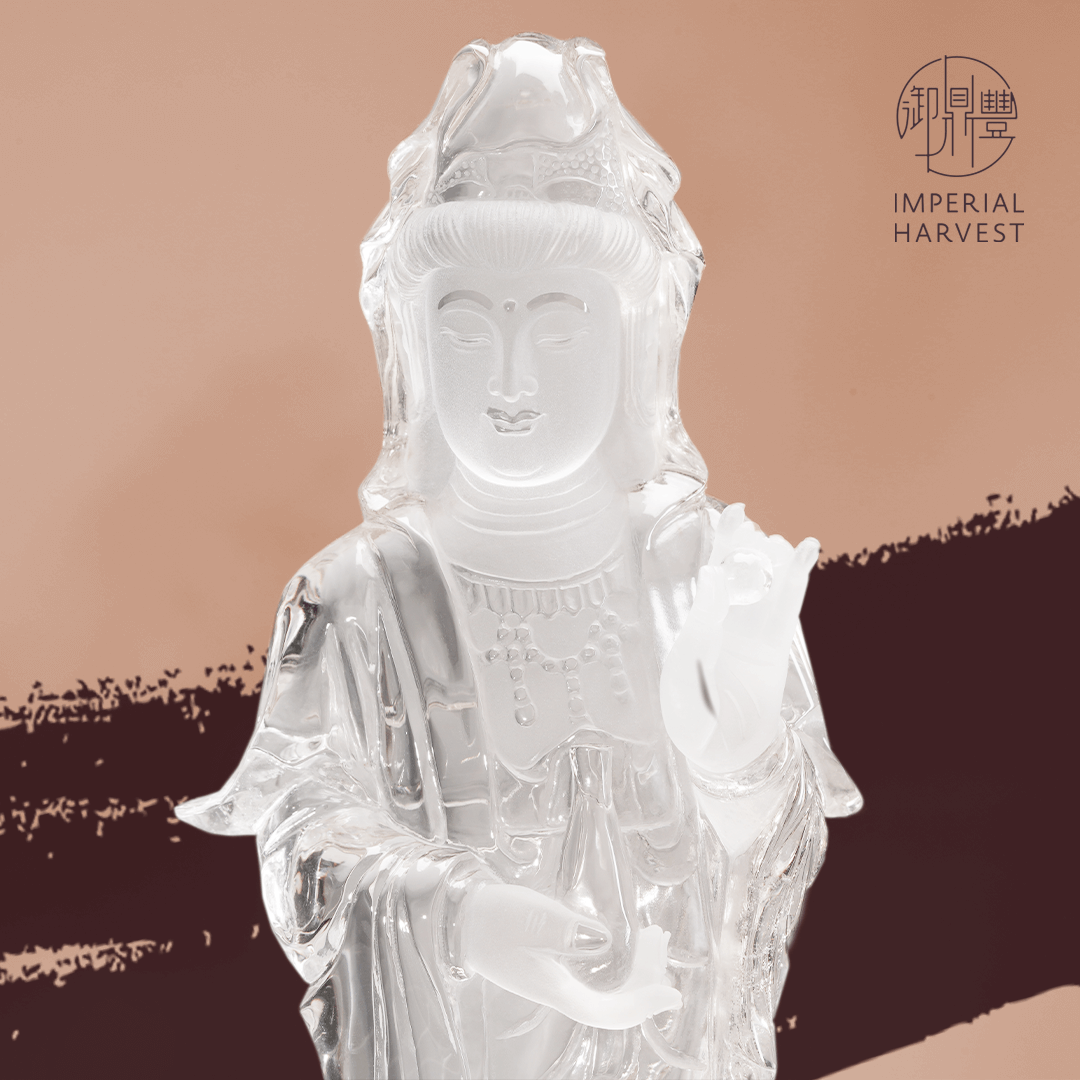 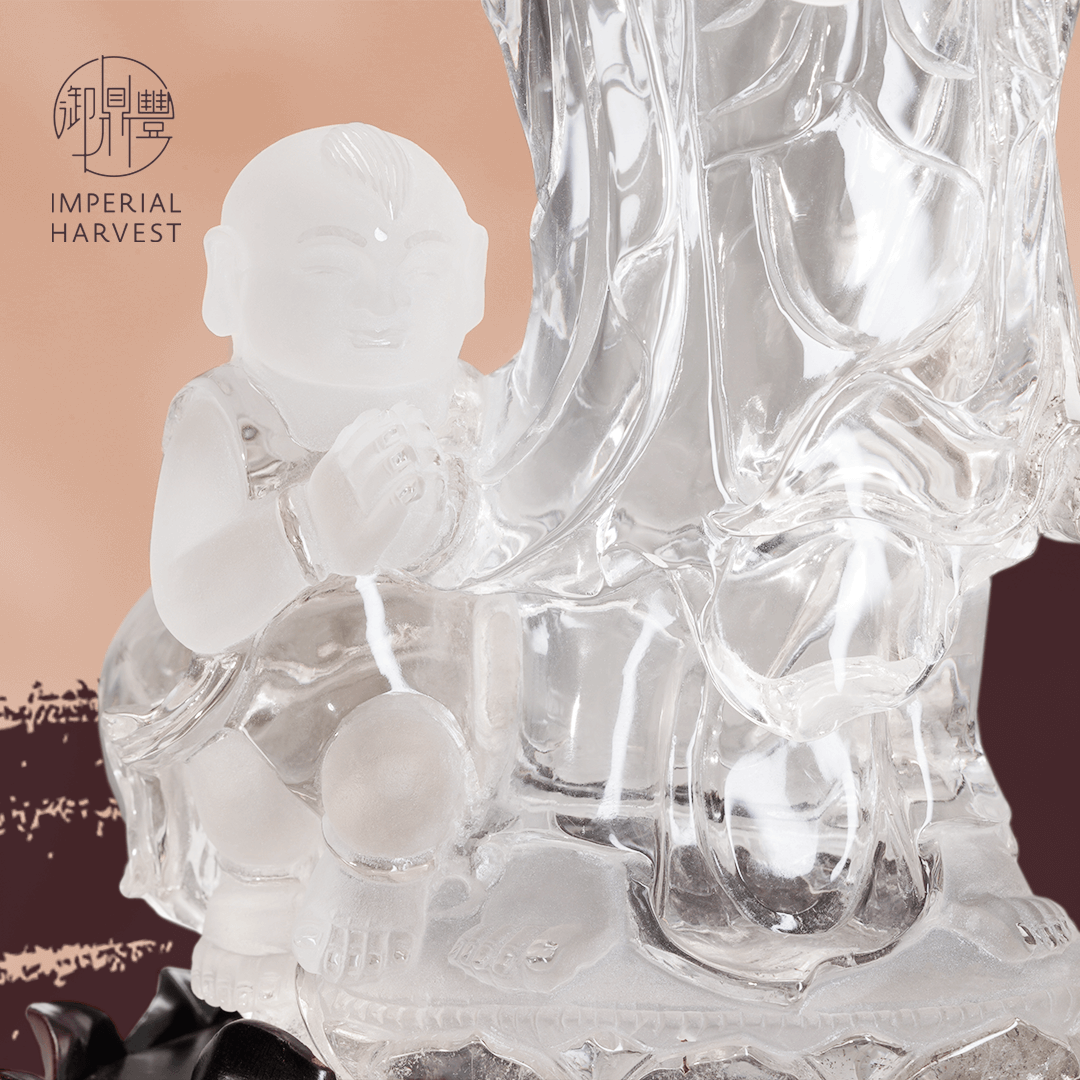