Posted by Imperial Harvest on 30 December 2021

2021 was a year filled with new possibilities, renewal, abundance and prosperity. As life for many of us returned to stable normalcy, Master David and the team at Imperial Harvest continued to innovate new opportunities to educate and share the art of Imperial Feng Shui with our blessed clients.

The year of the Metal Ox saw the opening of the Imperial Harvest Prestige Gallery, a luxurious and sprawling sanctuary for the esteemed clients of Imperial Harvest. The space boasts elegant interior elements, drawing inspiration from the renowned architectural marvel that is the Temple of Heaven, the home of Imperial Feng Shui.

Master David’s vision for the gallery space saw the use of materials typical of royal Chinese architecture, including mother-of-pearl, rare stones, luxurious silks and fine leather. The resulting design of the space honours Imperial Harvest’s deep-rooted appreciation of Imperial Feng Shui traditions while melding it with refined details to create a perfect harmony of contemporary aesthetics. 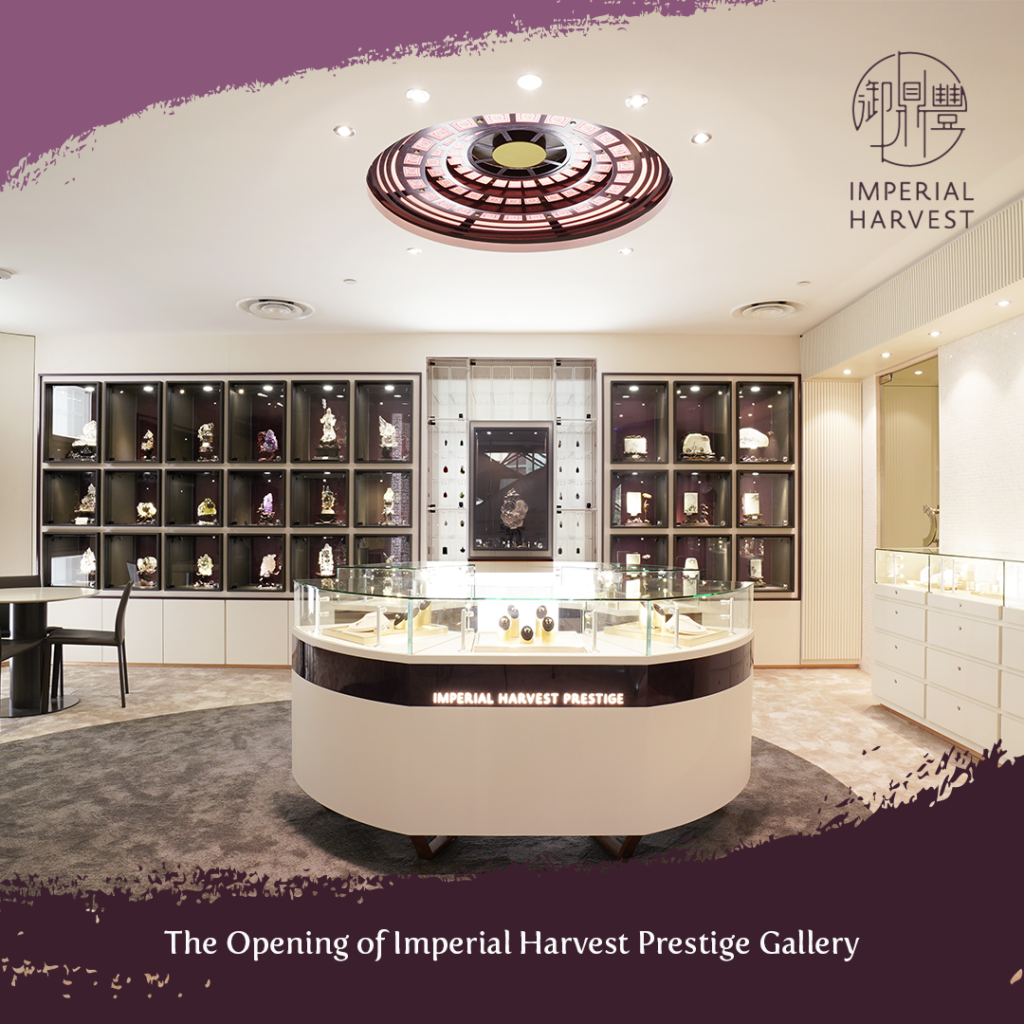 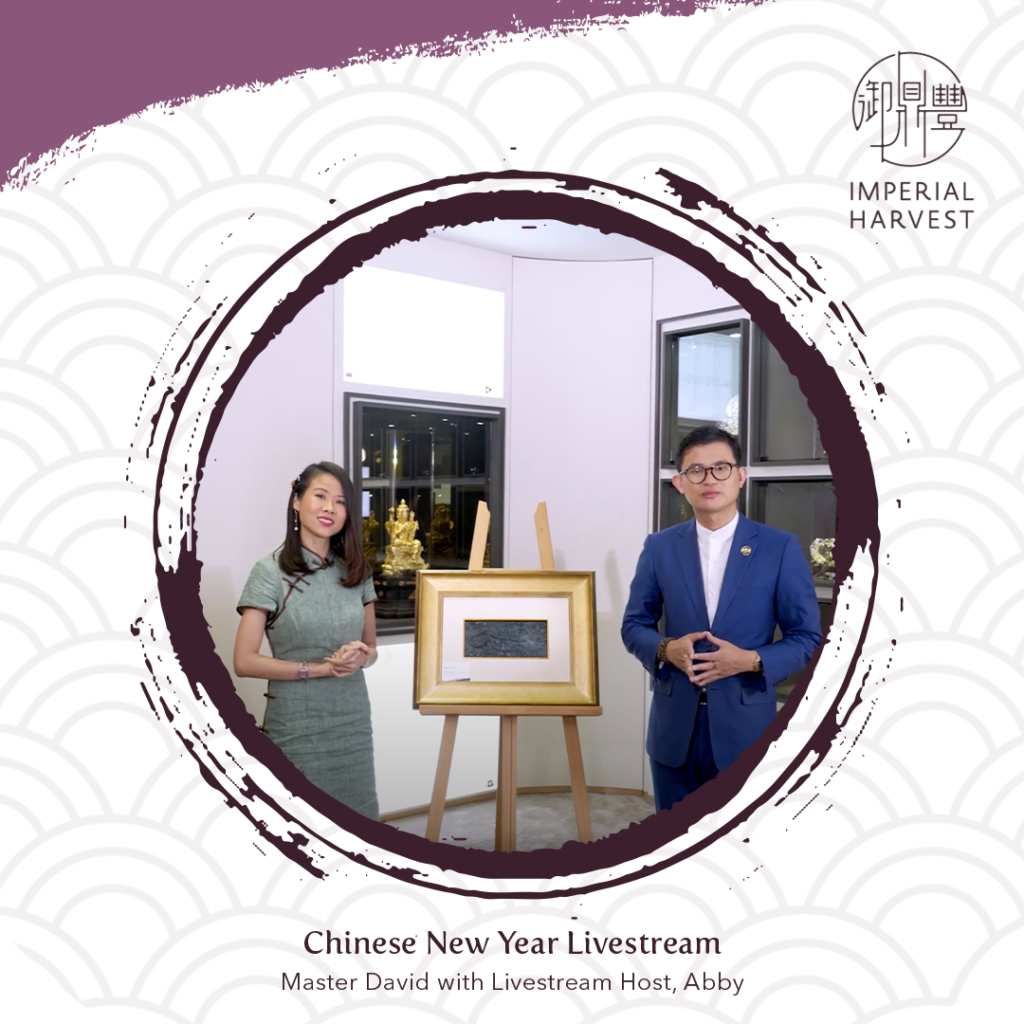 During the height of the Qing dynasty in the 18th century, Emperor Qian Long commissioned a number of classical paintings from his personal collection to be reproduced in jade, dutifully capturing the cultural and artistic landscape exemplifying his reign. The resulting jadeite table screens documented one of China’s most prosperous golden ages and are prized for their historical significance, unparalleled craftsmanship and elegance.

Timeless, eternal and luxurious — Imperial Harvest’s Exquisite Jadeite Paintings are a groundbreaking reimagination of Emperor Qian Long’s jadeite table screens, drawing inspiration from a myriad of Chinese myths and legends. Immortalising these onto only the finest jadeite, Master David spared no effort in replicating every detail, melding intricate motifs that highlight the splendour of Emperor Qian Long’s illustrious reign.

Each Exquisite Jadeite Painting is a masterful depiction of various textures hand-carved in varying levels of relief, boasting a sophisticated sense of depth within the landscape of each treasure. 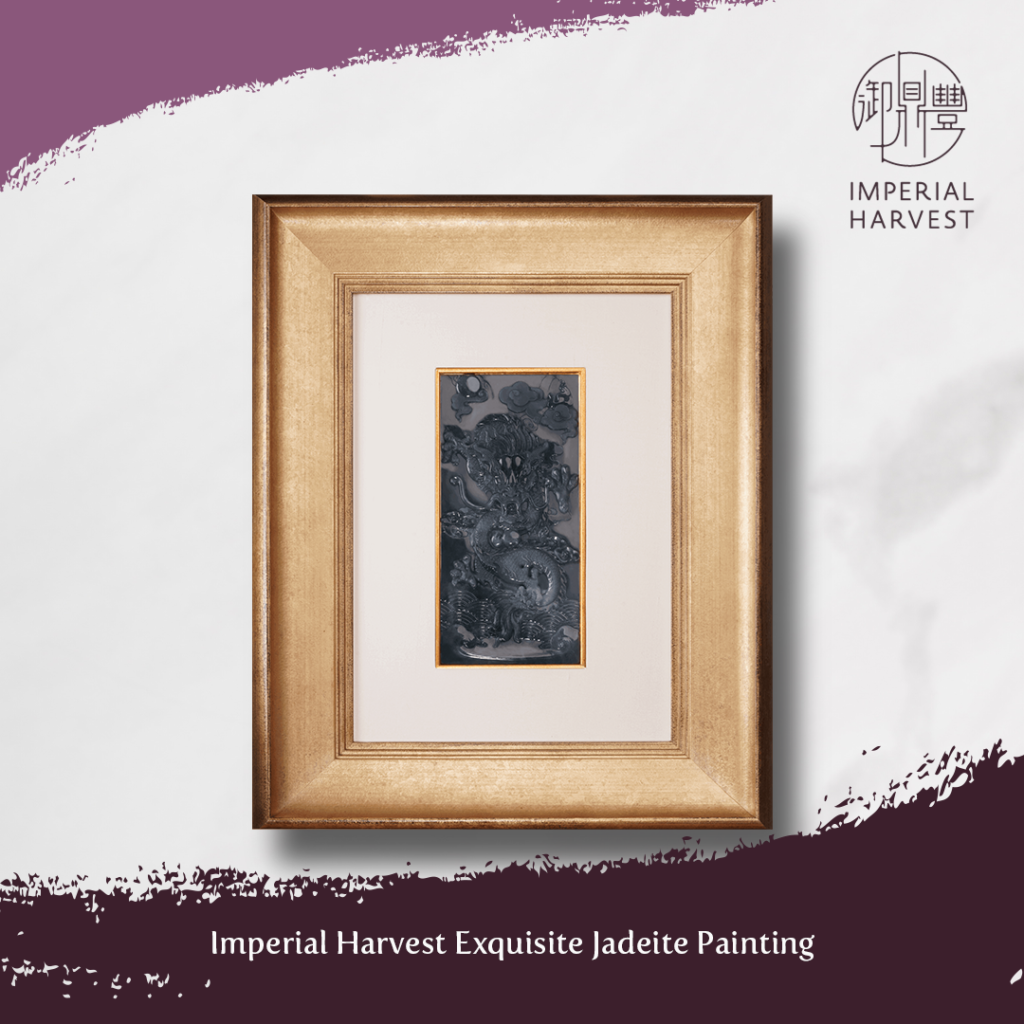 Under the eminent rule of Emperors Kangxi and Qianlong, the Qing dynasty proved the most prosperous era of China’s dynastic history, spawning a flourishing landscape of arts, culture, architecture and innovation. Inspired by this age of unparalleled prosperity, the Imperial Harvest QING Collection was unveiled, paying homage to the golden age of the Qing dynasty by reimagining Qing Imperial Jewellery with a contemporary eye.

Exquisitely handcrafted with three precious earthly treasures – jadeite, gold and diamonds, each Imperial Harvest QING Collection ring or pendant is inlaid with brilliant cut diamonds and crowned with a patented Imperial Harvest jadeite cabochon. The result is a collection that blesses the wearer with abundance, and prosperity and dazzles with a contemporary East-meets-West aesthetic. 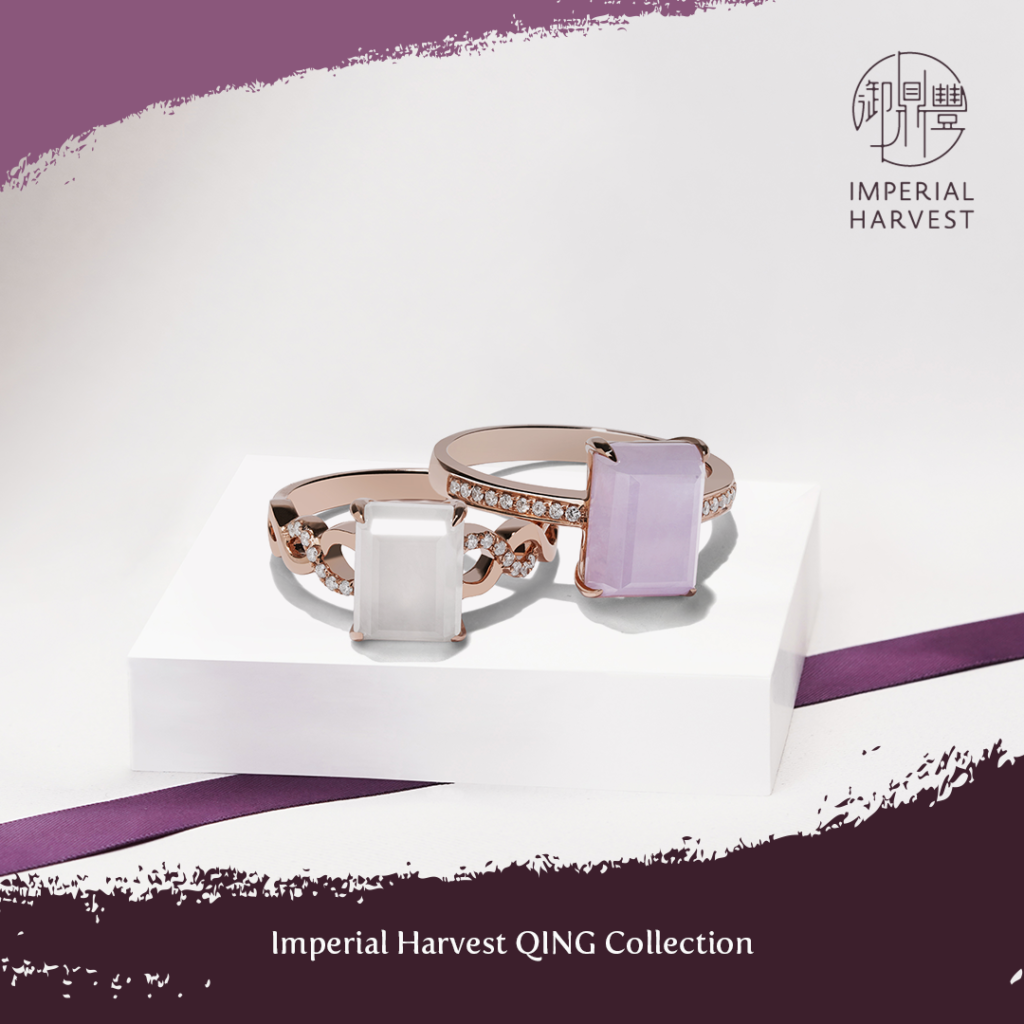 Warm and inviting, the season of summer marked an especially eventful one for Imperial Harvest — exemplified by abundance, auspiciousness and remarkable achievements. Summer brought some key events to our calendar — Mother’s Day, Father’s Day as well as Imperial Harvest’s Anniversary. 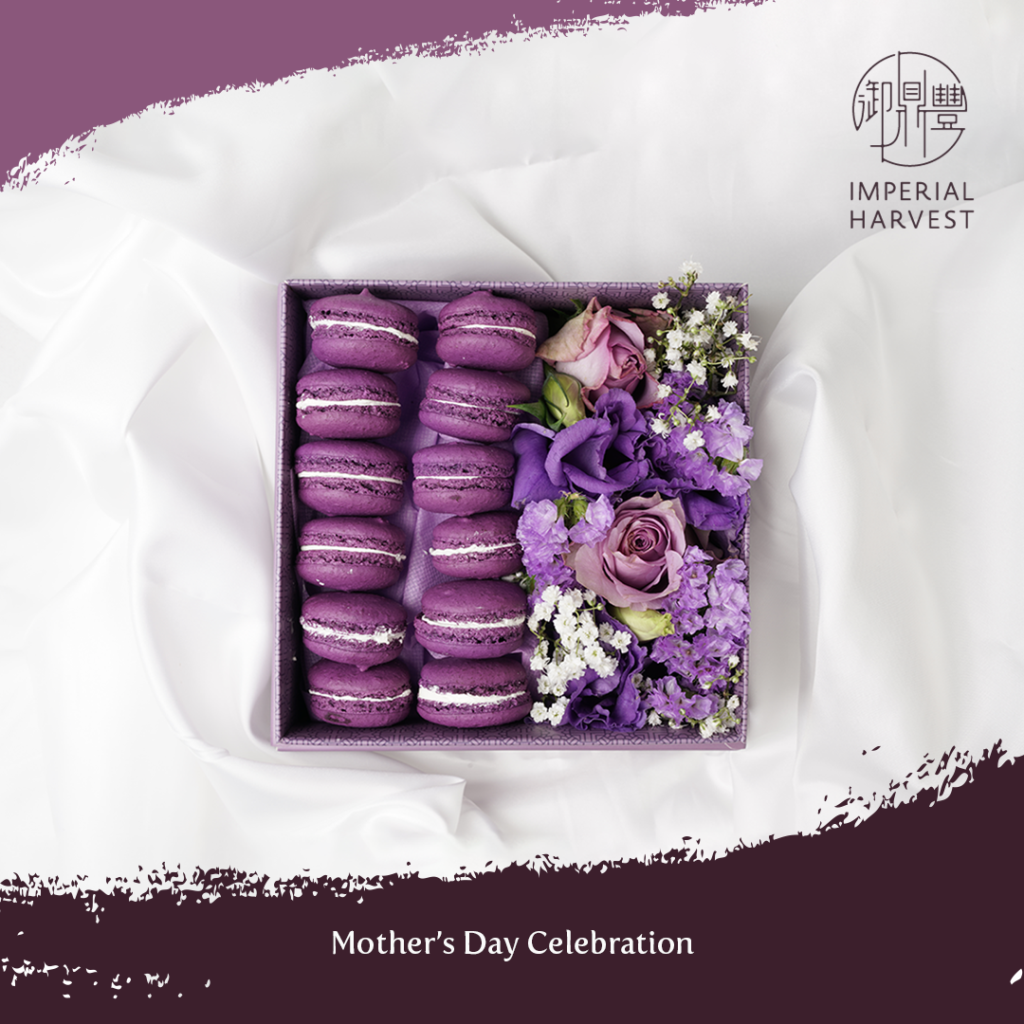 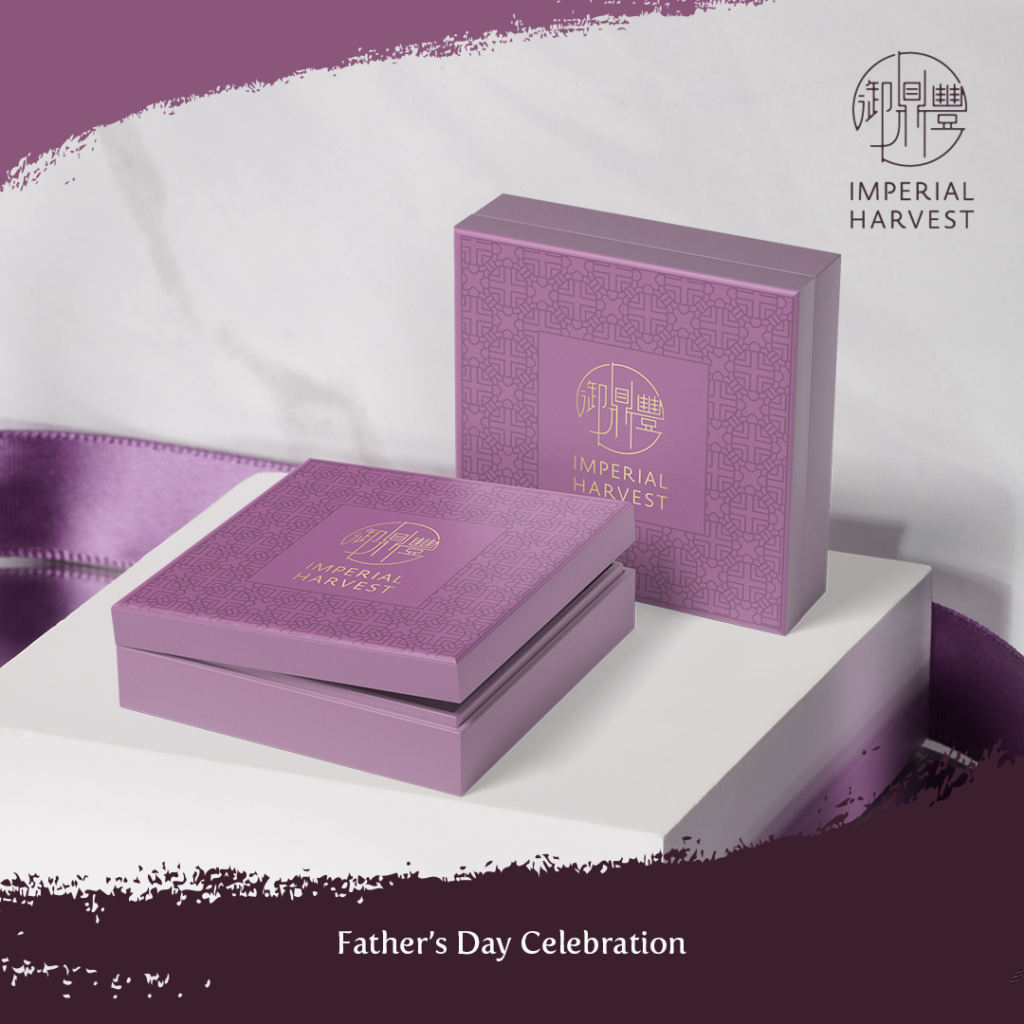 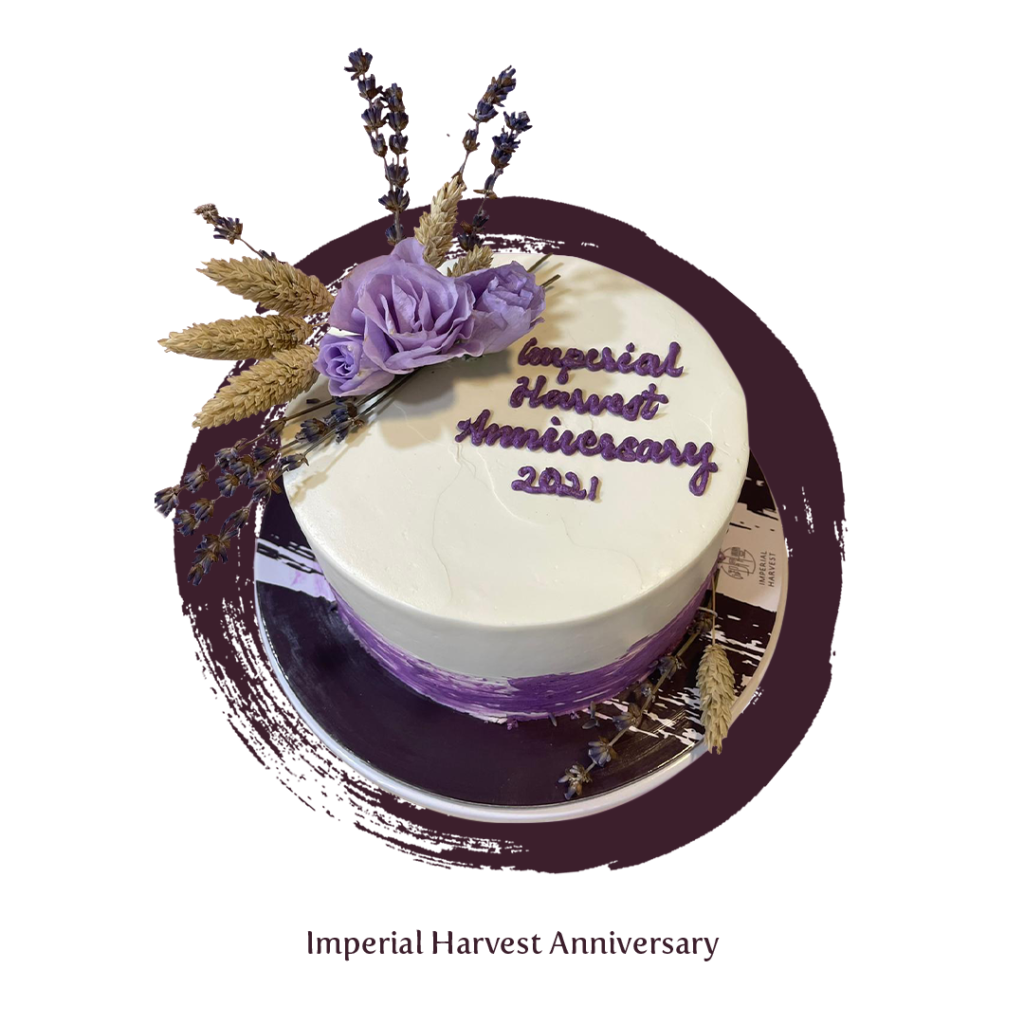 This summer also saw the launches of some iconic Imperial Harvest collections that embody the cultural and spiritual traditions that defined one of the world’s oldest civilisations.

Qinan Agarwood has been coveted since the Han dynasty (202 BC – 220 AD), prized as a treasure to convey offerings to the heavens. Meticulously handcrafted, the Imperial Harvest Qinan Agarwood collection boasts the top echelons of quality. The collection consists of five alluring tiers of premium Qinan Agarwood, each piece incorporating auspicious designs to enhance its superlative beauty and abilities. 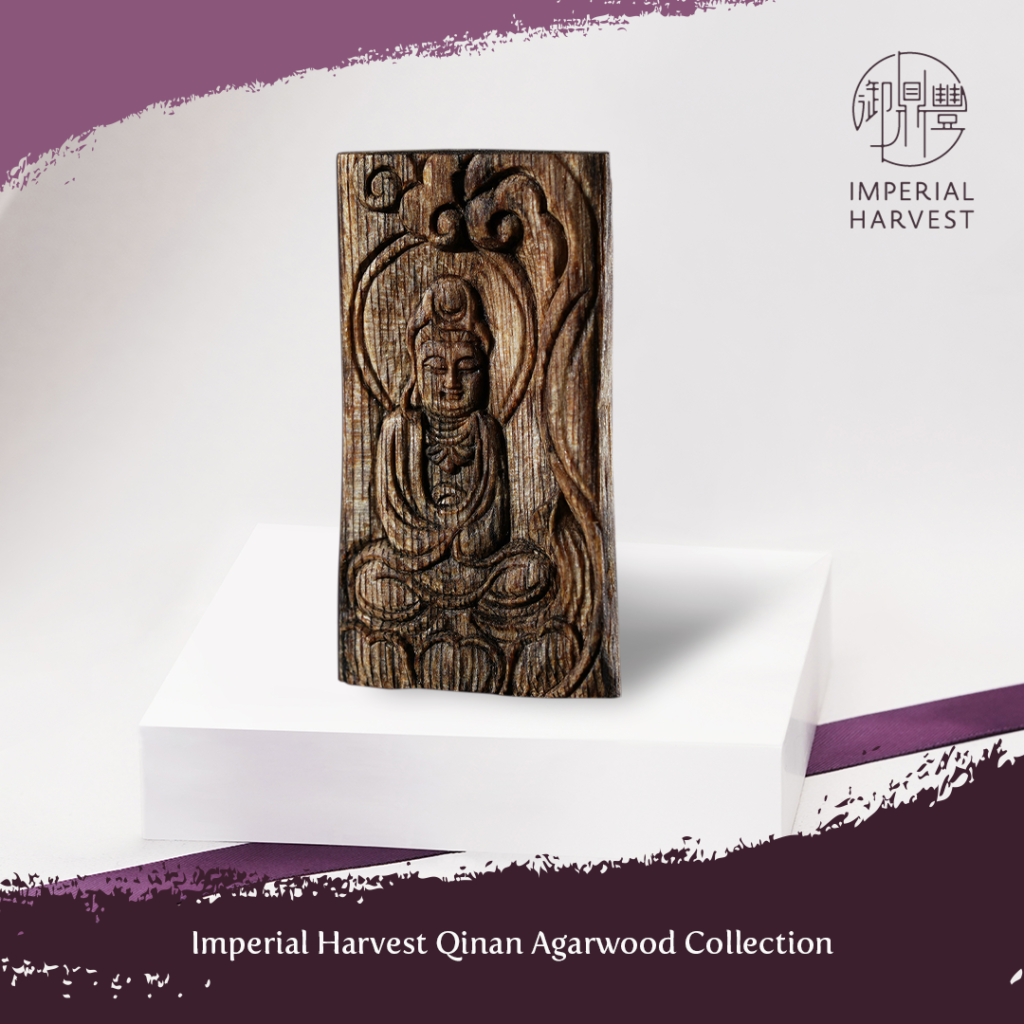 Comprising two exquisite works of art that perfectly encapsulate Master David’s vision, the collection pays homage to the traditions of past Chinese dynasties. Drawing influence from the magnificent architecture of the Temple of Earth, each ring is skilfully engraved with French techniques, fusing the art of Imperial Feng Shui with a contemporary aesthetic. 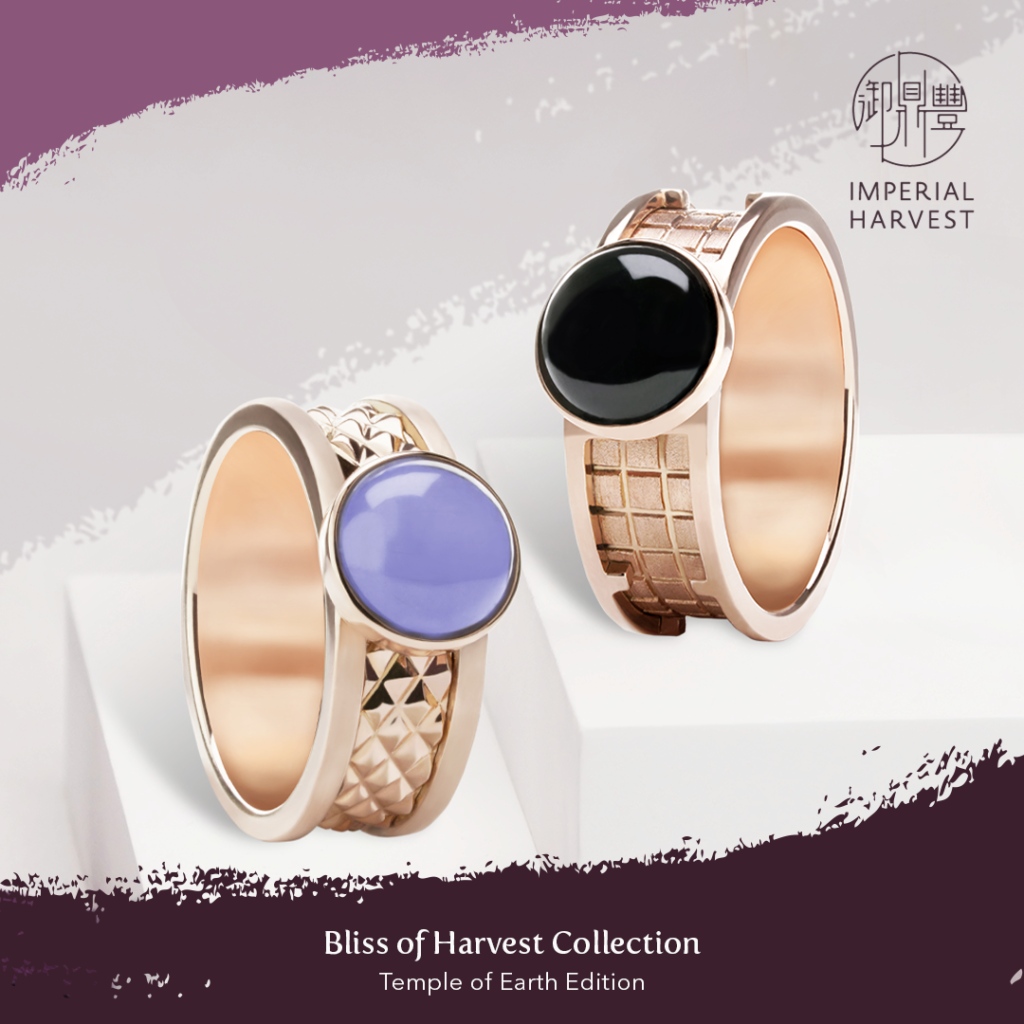 Autumn’s arrival at Imperial Harvest brought with it a series of cherished cultural traditions and celebrations for this season of abundance. This Mid-Autumn, we commissioned a premium bakery to bring exclusive Imperial Harvest mooncakes to bring festive delight to our blessed clients. 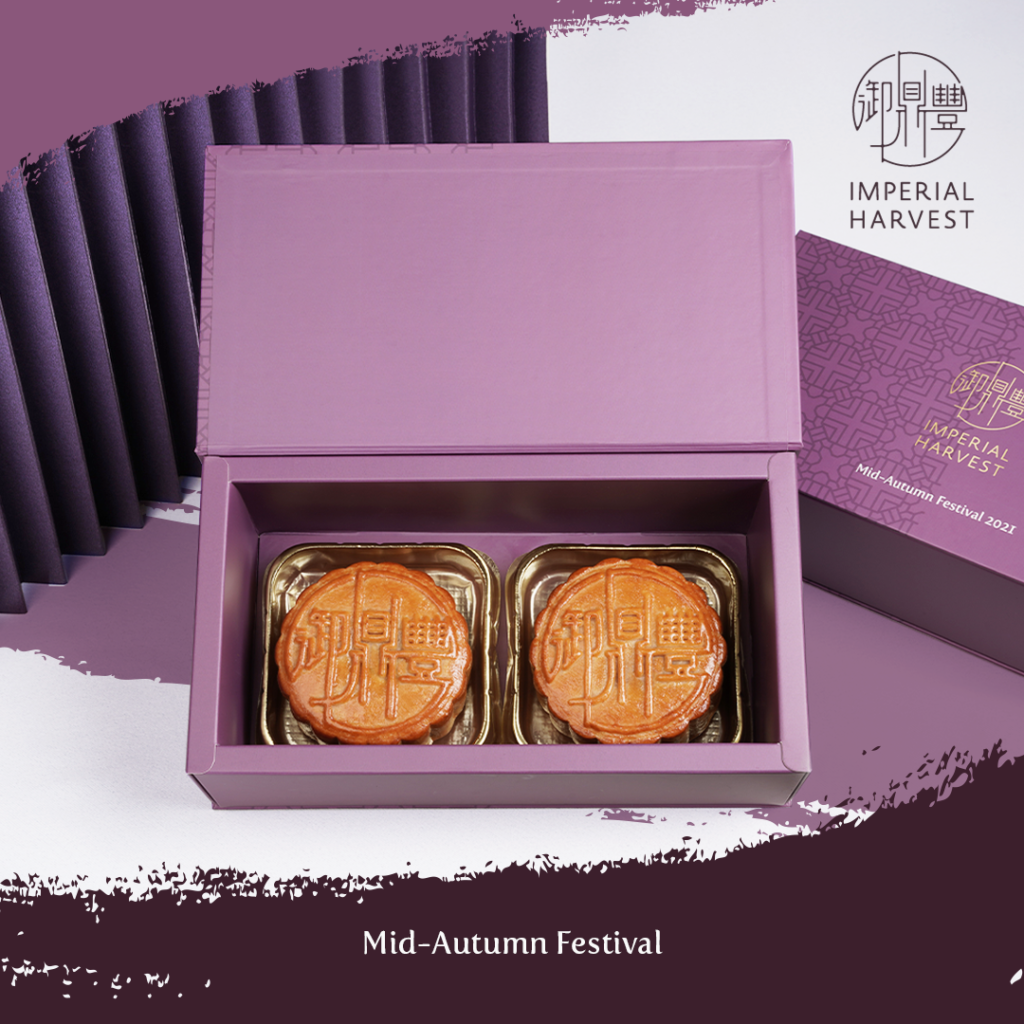 The abundant harvest season was greatly anticipated in ancient China, with the season often being a cause for celebration and heavenly worship. During the Chong Yang Festival, the emperor often presided over a series of imperial rites, offering their prayers and tributes in gratitude for the bountiful season.

In commemoration of the joyous spirit of autumn, we proudly launched the Autumn 2021 Qian Long Jadeite Mountain collection, paying homage to Qian Long Gardens — a marvel of Qing dynasty innovation and architectural stylings. This exclusive curation showcases the innovative east-meets-west aesthetic that prevailed through the dynasty. 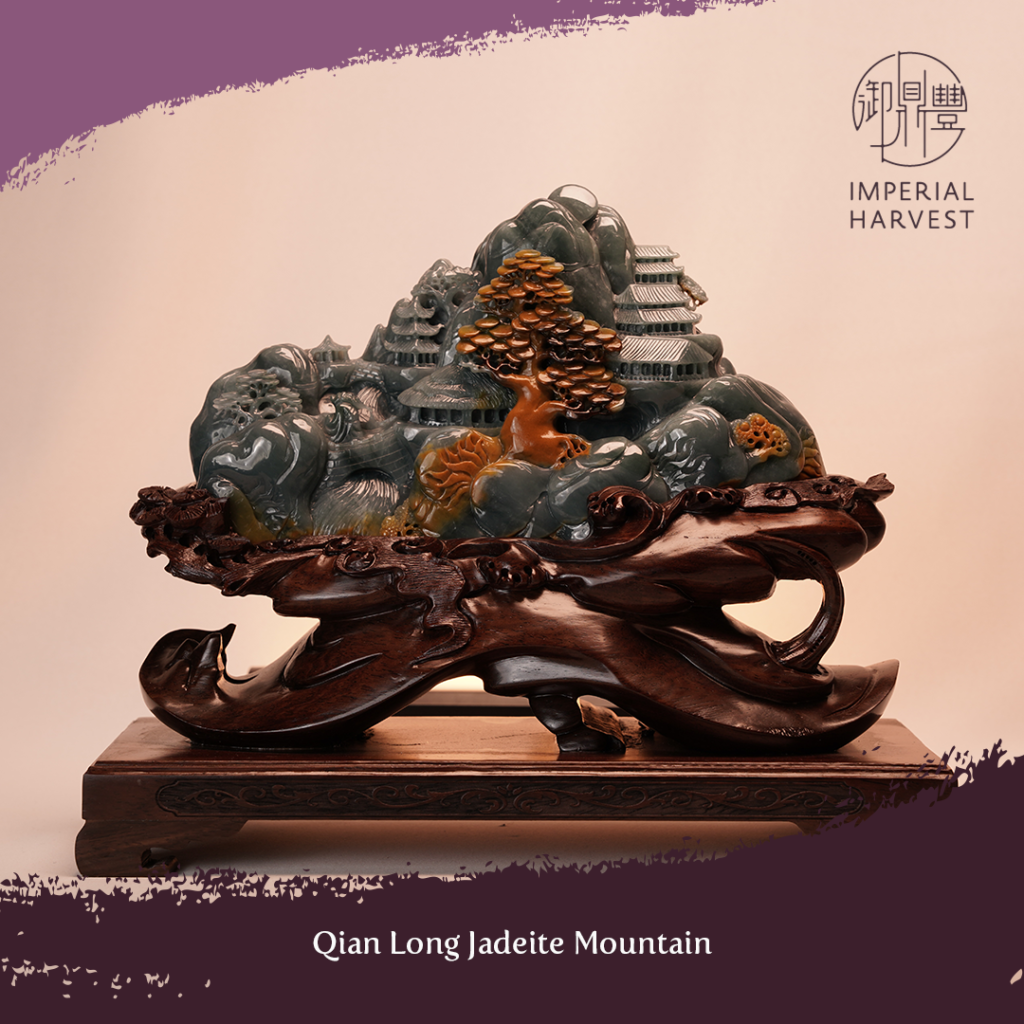 As one of the most influential names in Imperial Feng Shui, Master David talks us through the history, inspiration and the design process behind this exclusive one-of-a-kind collection — highlighting the different aspects and considerations that go into creating this Imperial Harvest treasure. 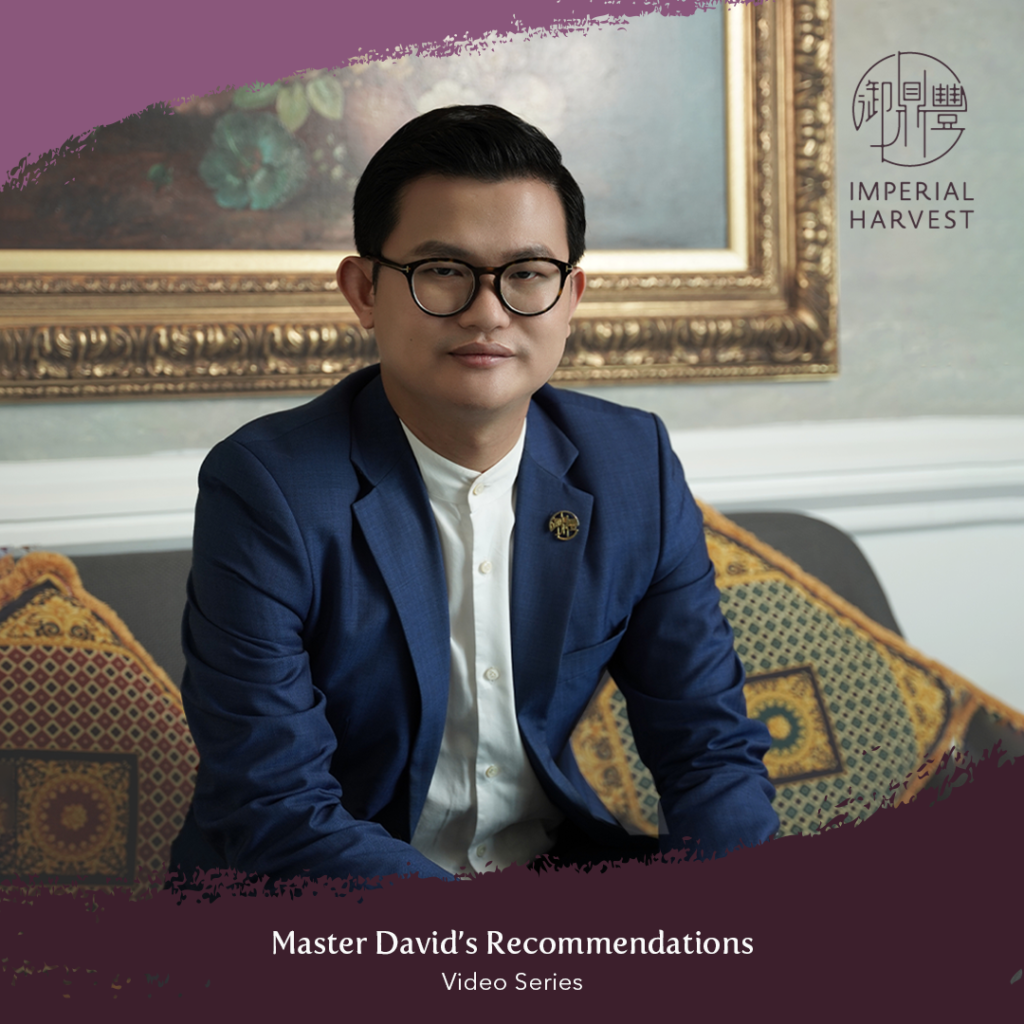 The winter season embodied a period of reflection, rebirth, renewal and hope for the future for Imperial Harvest. As the year comes to a close, we are thankful to be our clients’ trusted Imperial Feng Shui advisors, and to be a part of their roads towards success. In winter, we prepared signature Imperial Harvest log cakes to celebrate our shared journeys. 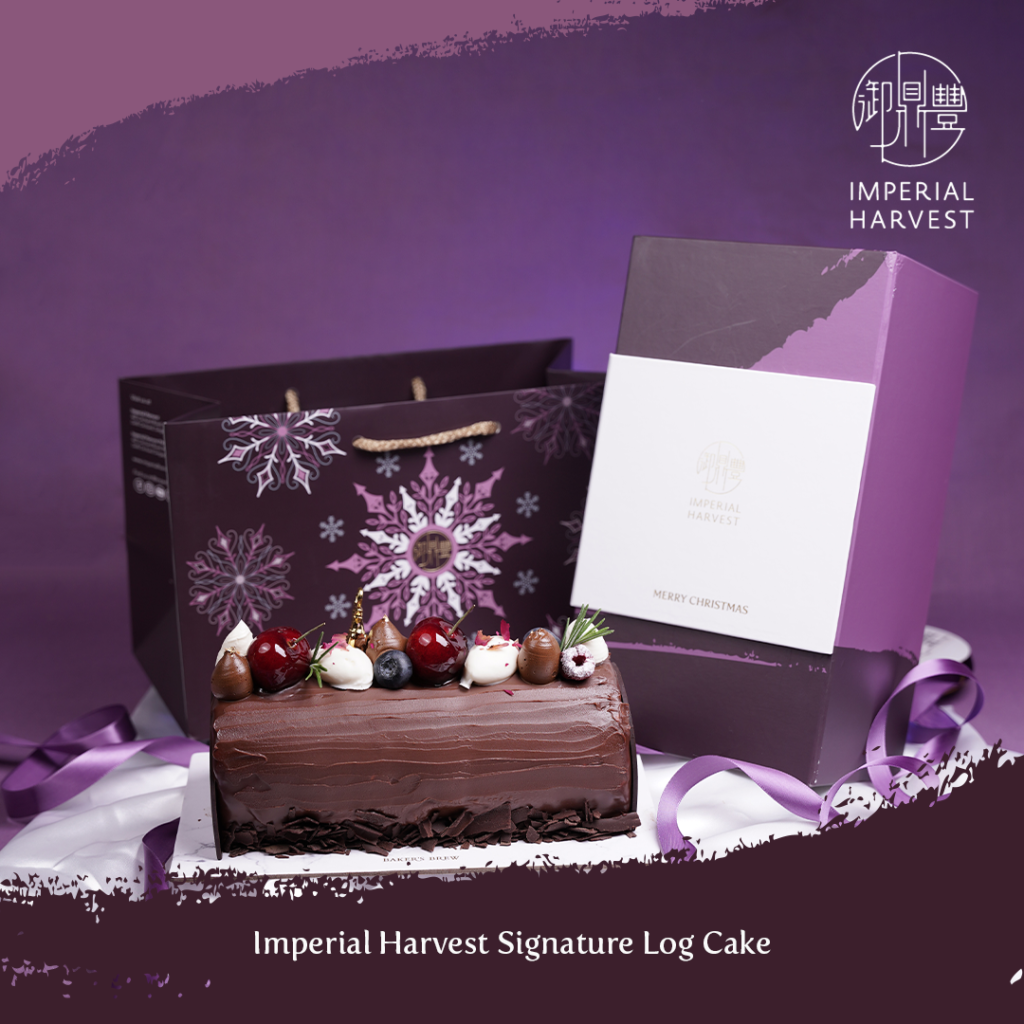 This winter, Imperial Harvest was also featured in the leading Chinese luxury fashion and lifestyle magazine, PIN Prestige. Shining the spotlight on the Bliss of Harvest collection, the article delves into the inspiration behind the collection, highlighting key design elements influenced by centuries of cultural history and Imperial Feng Shui principles. 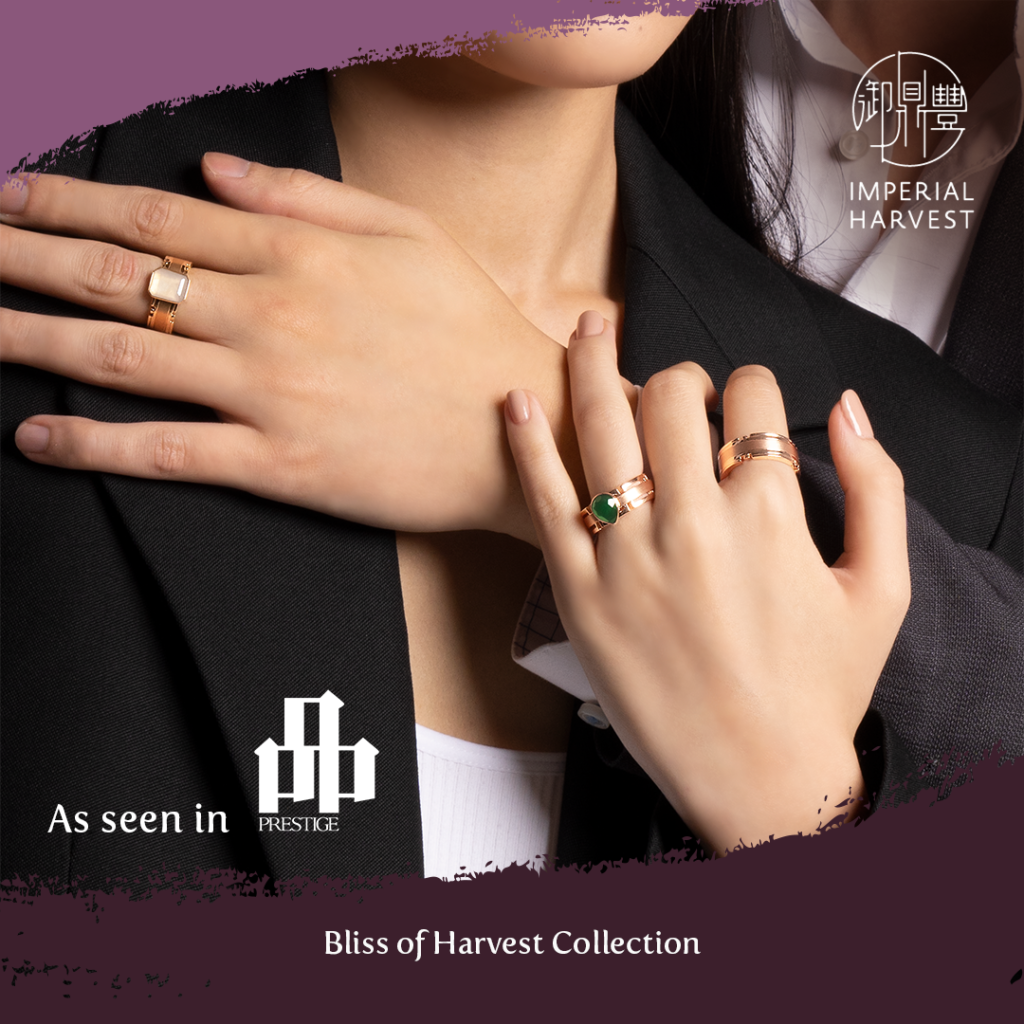 With the winter season being so closely associated with the element of water and the water star, we launched the exquisite Citrine Crystal Collection. Specially conceptualised by Master David, these exquisite citrine crystals activate the auspicious water star within homes and properties once it has been correctly installed.

One of the rarest categories of crystals, more than 97% of market-grade citrine is heat or colour treated to achieve its signature colour. Imperial Harvest-grade citrine, on the other hand, is flawless, unheated and a natural-colour crystal — highly prized for its exceptional colour and clarity. With its golden-yellow hue, citrine is associated with the earth element, enabling it to activate another powerful wealth star. 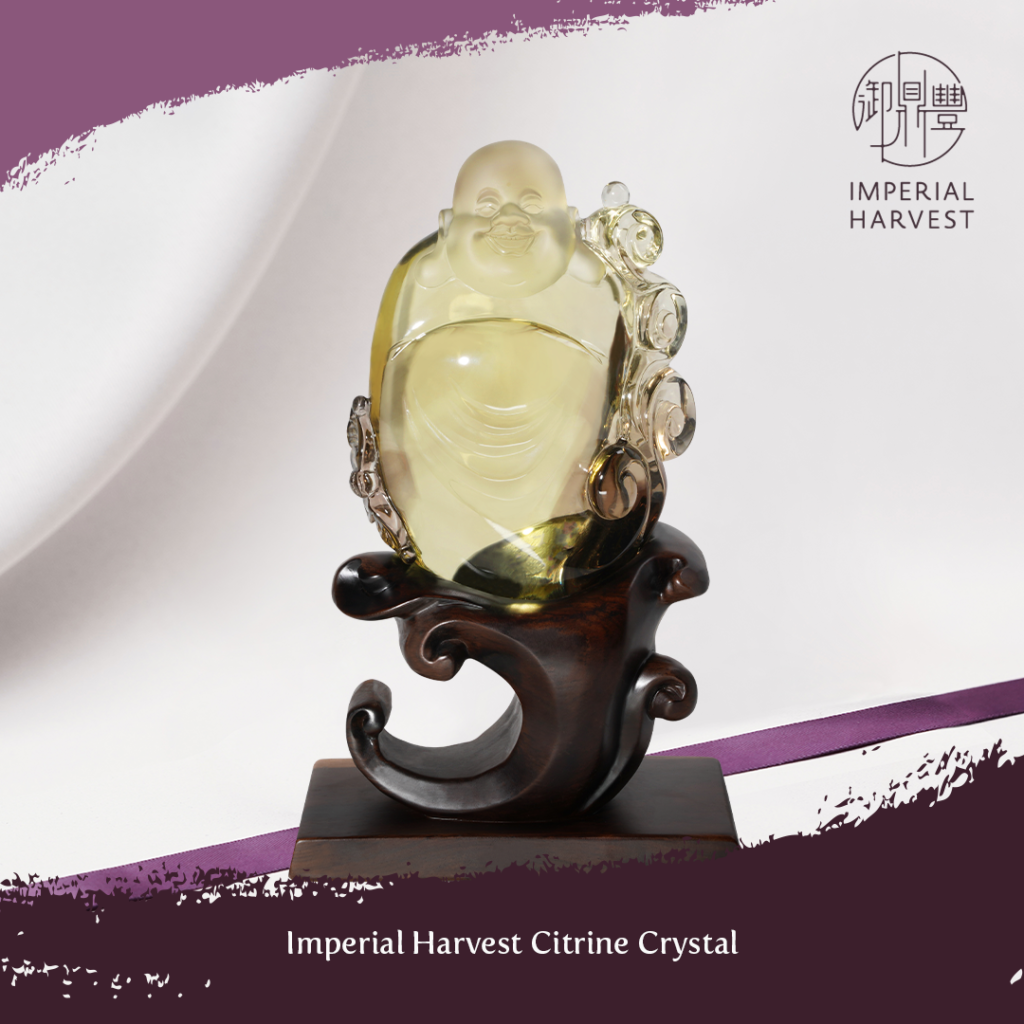 Wrapping up our year in review, Master David and all of us here at Imperial Harvest would like to wish you and your loved ones a very Happy New Year filled with abundance, fulfilment and good fortune. Here’s to our continued success and prosperity in 2022!