Posted by Imperial Harvest on 09 October 2020

The Temple of Heaven – The Two Altars

Millions of visitors flock to the Temple of Heaven in Beijing every year, drawn by its mystery, mystique and magnificence. Larger than the Forbidden City, the vast Temple of Heaven is still the largest building in Beijing, and known as the home of Imperial Feng Shui.

The Temple of Heaven has two altars – the Circular Mound Altar and the Hall of Prayer.

It was at the Circular Mound Altar that the emperors of the Ming and Qing dynasties would offer sacrifices to thank Heaven and pray for the future of their empire. 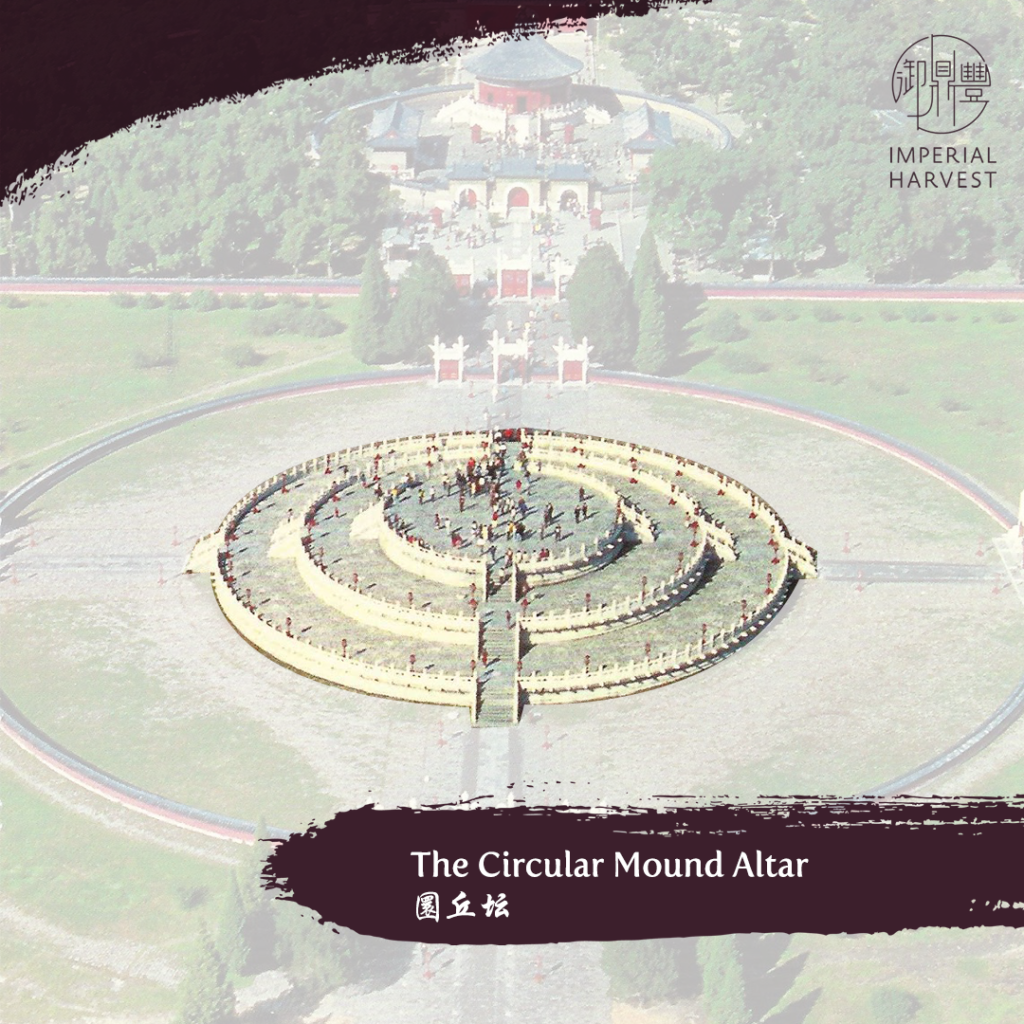 As you first enter through the southern gate, the Zhaoheng Gate, you are greeted by a white marble road leading directly to the Circular Mound Altar. 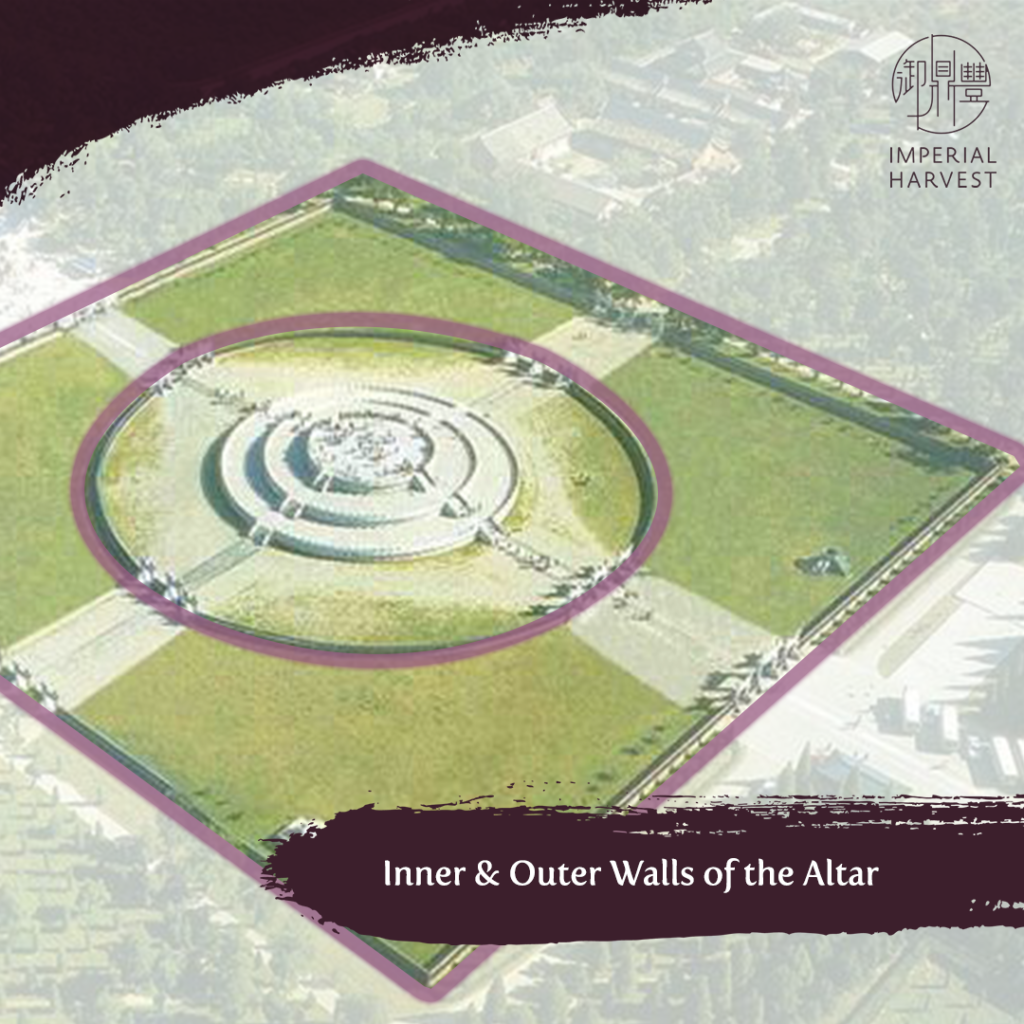 At the foot of the Altar, you are struck by its majesty and lavishness. It stands five meters high, and built on three concentric platforms. Each platform is surrounded by marble balustrades decorated with intricately carved dragons.

The Circular Mound Altar was built in accordance with the ancient Rites of Zhou (周禮), and Imperial Feng Shui principles can be found throughout the building. Odd numbers were considered heavenly. And the highest single-digit odd number, 9, represented eternity and imperial authority. As such, the number of balusters, steps, and slabs are all found in multiples of 9. 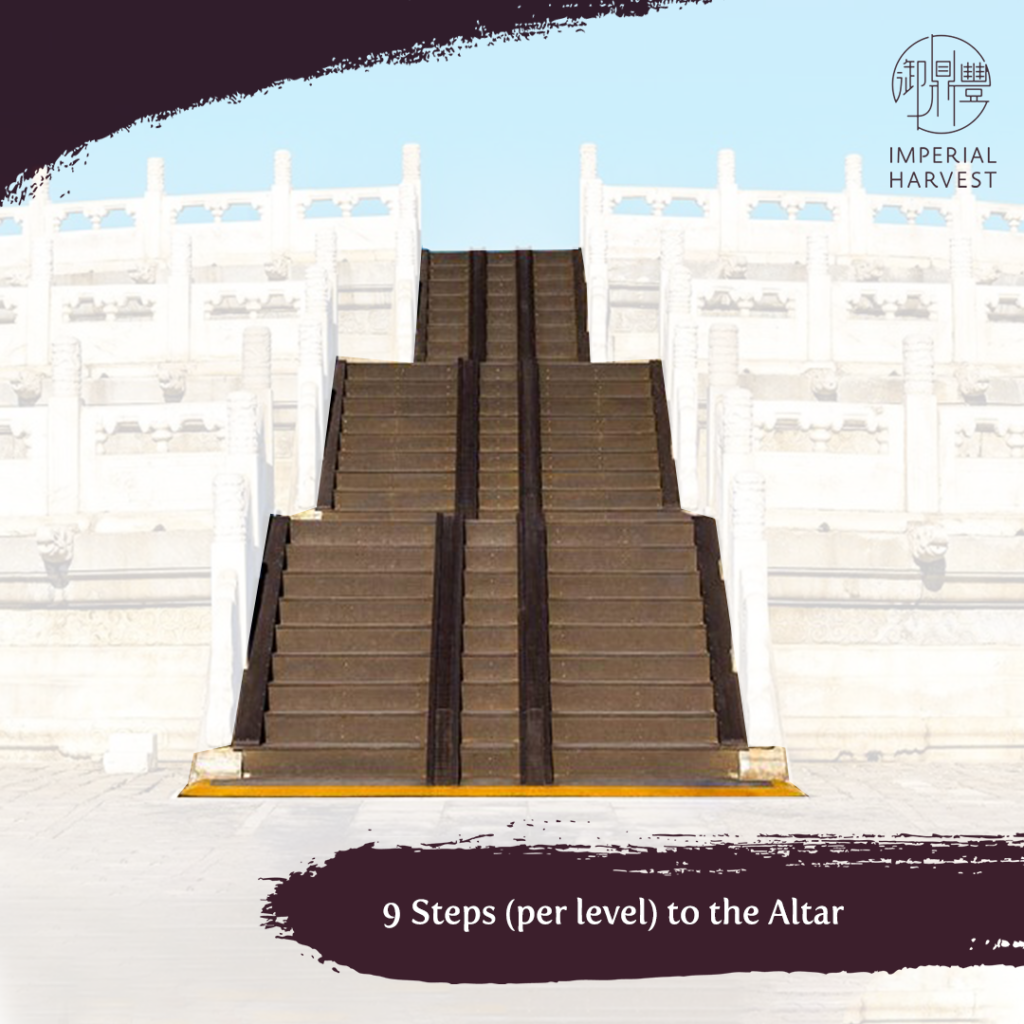 As you ascend the Altar, you will climb 9 steps for each level. The top level is paved with fan-shaped stones forming concentric circles. The innermost ring is formed by 9 stones, followed by 18, 27 and so on. And this extends to the lower levels. In total, there are 9 rings of stones on each level. 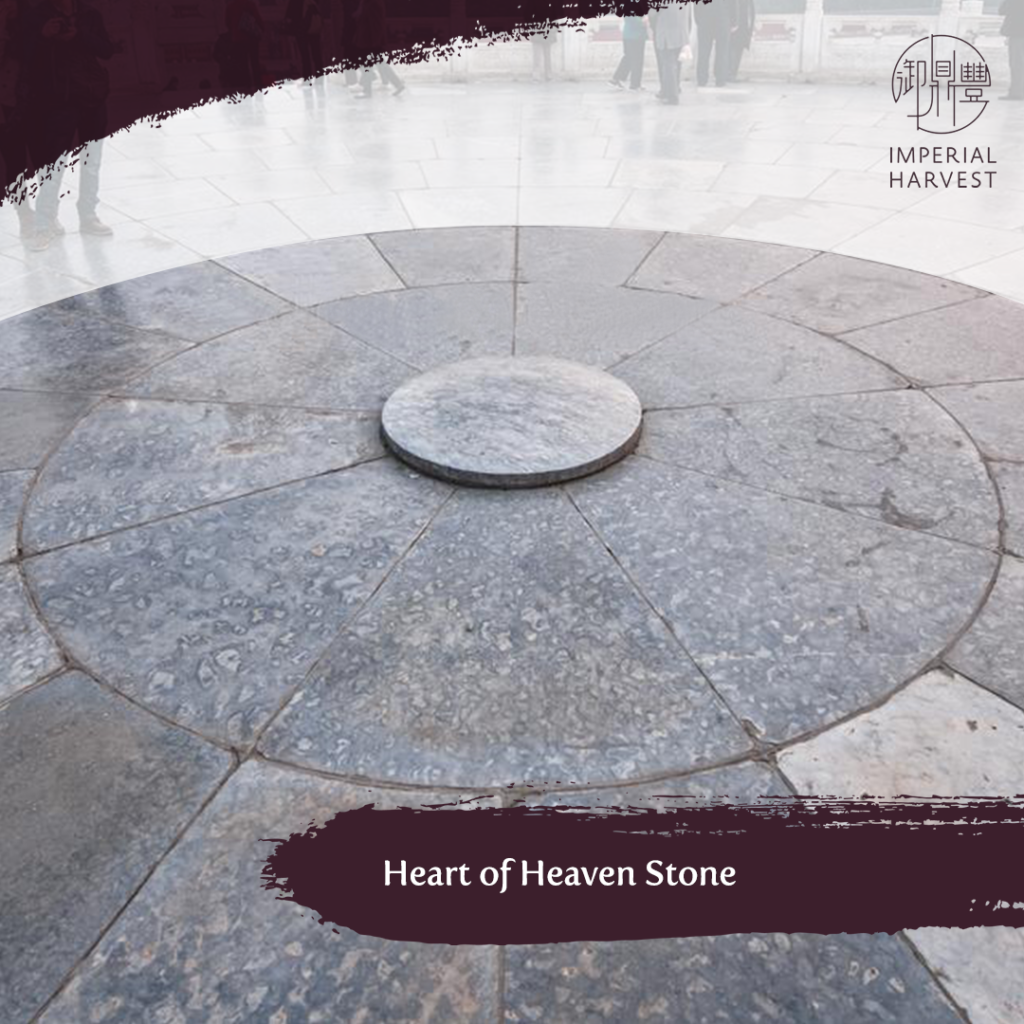 The Hall of Prayer for Good Harvest (祈年殿) 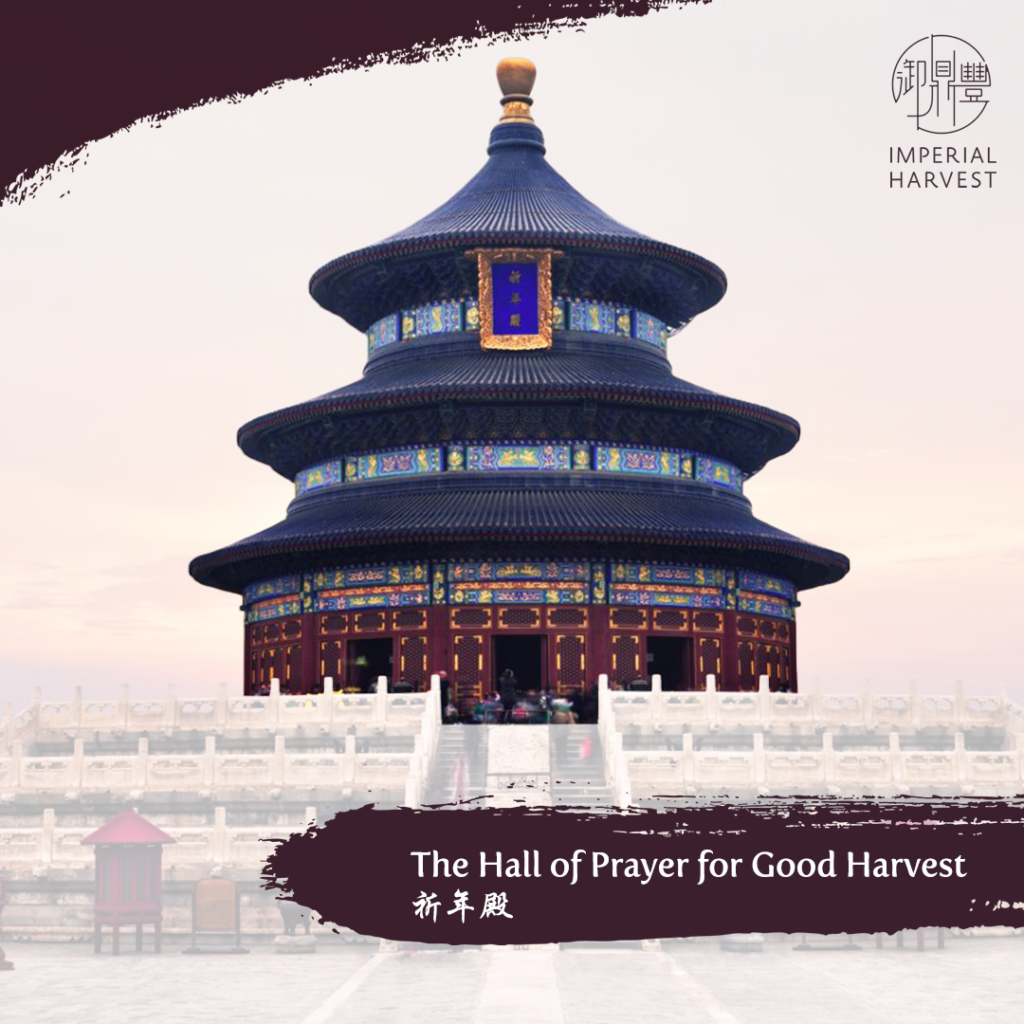 The main building within the Temple of Heaven is the circular, three-tiered Hall of Prayer for Good Harvests. It is a grand, impressive, circular building with a visually harmonious three-tiered roof representing the cosmic trinity of Heaven, Earth and Human luck. The idea of a round Heaven and square Earth is also represented here, with the round building standing in a square yard.

It was here during the winter solstice that the emperors of the Ming and Qing dynasties worshipped Heaven and prayed for good harvests. 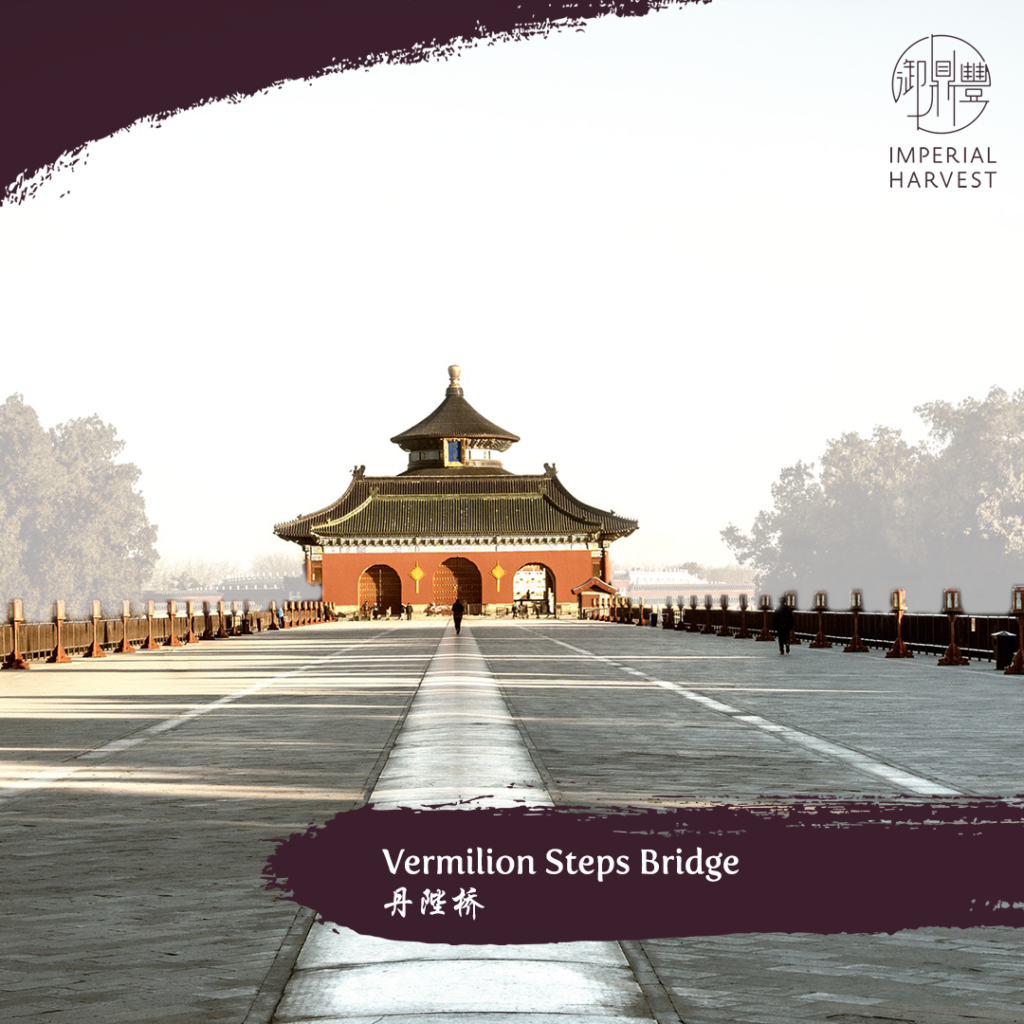 The Hall of Prayer lies directly north of the Circular Mound Altar, connected by the majestic Vermilion Steps Bridge (丹陛桥), which happens to be the oldest bridge in Beijing. It is an arched stone walkway, elevated 4 meters high, 30 meters wide and 360 meters long. The Vermilion Steps Bridge forms the main axis of the Temple of Heaven, with the middle stone-paved path considered the “sacred road” for the exclusive use of the Emperor. 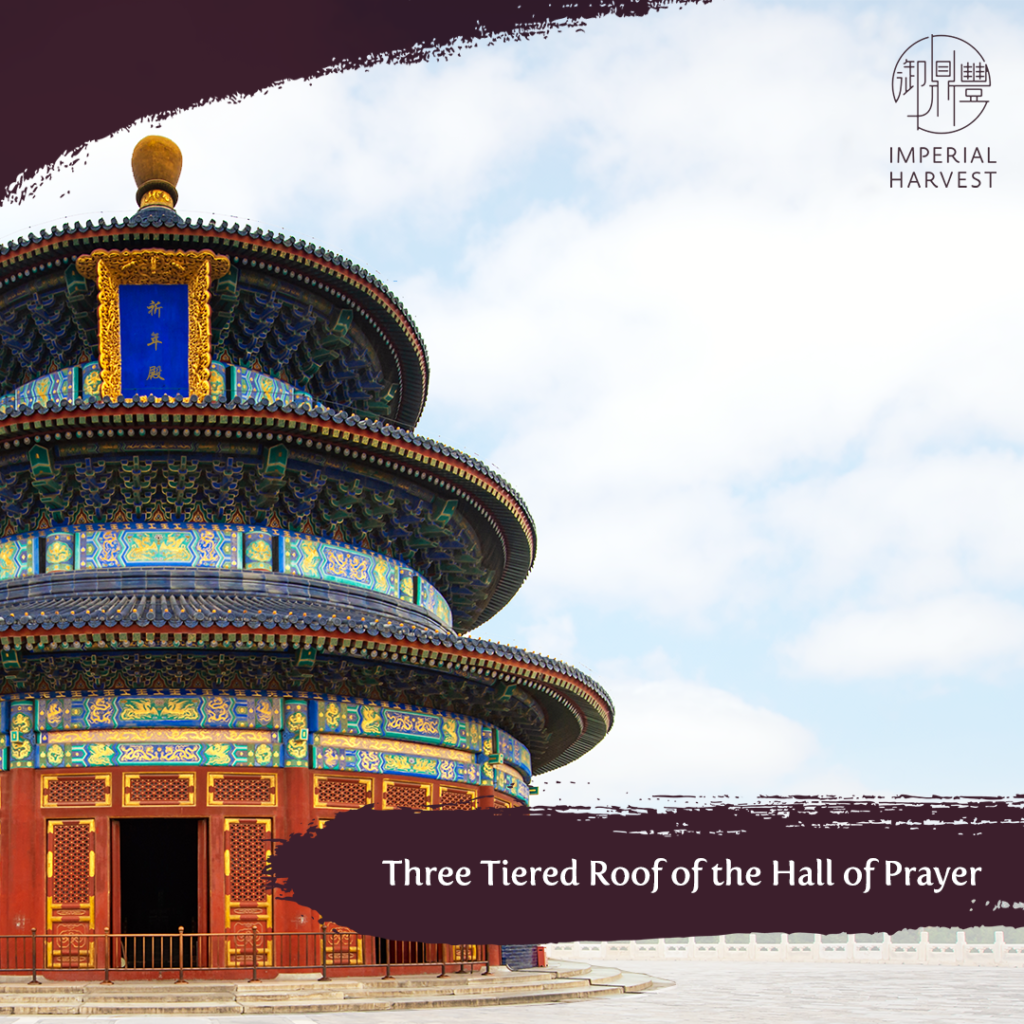 The three-tiered roof of the Hall of Prayer used to be painted blue, yellow and green to represent Heaven, the Emperor, and the People respectively. But these were all painted a beautiful rich blue during the reign of Emperor Qian Long to symbolise the sky. 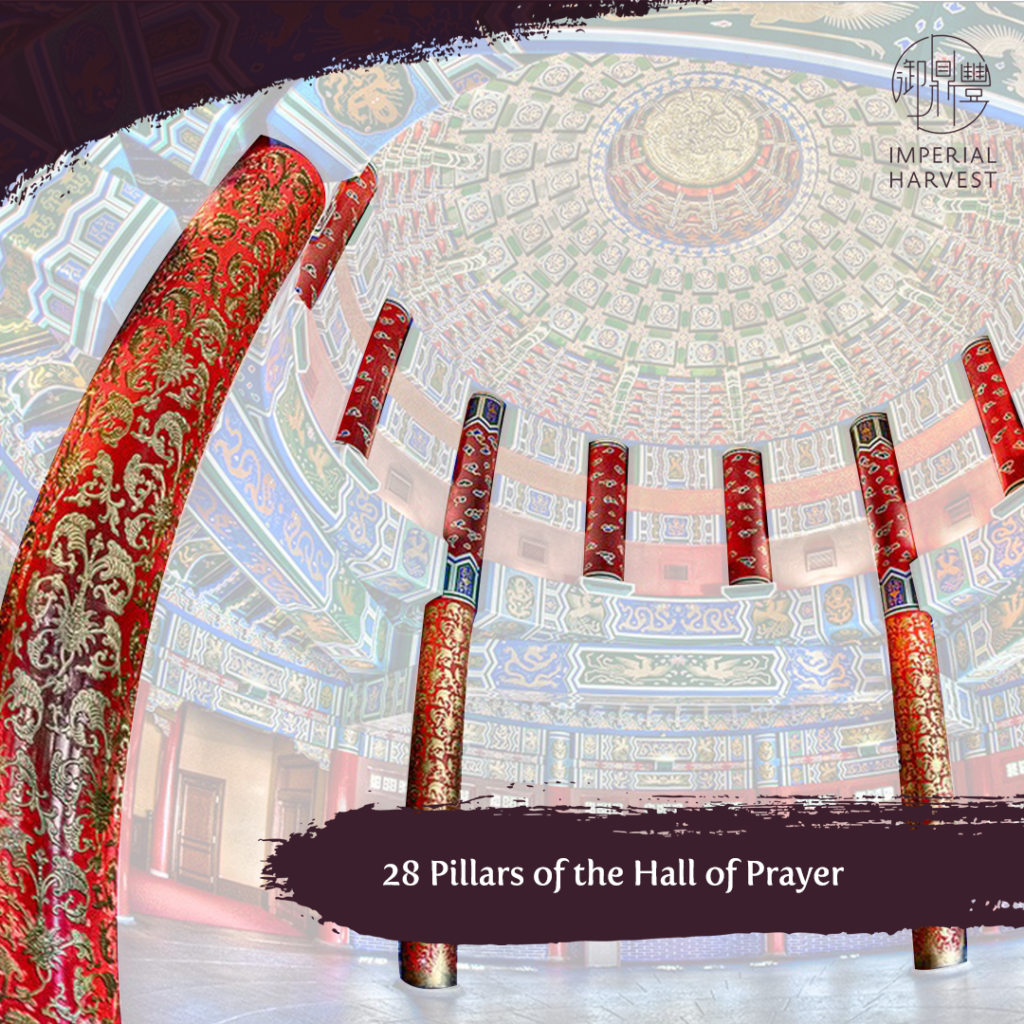 The Bliss of Harvest ring is arguably our most iconic collection, paying homage to the famous Hall of Prayer for Good Harvests in the Temple of Heaven. It exemplifies the historic links between Imperial Harvest and our imperial Feng Shui traditions. 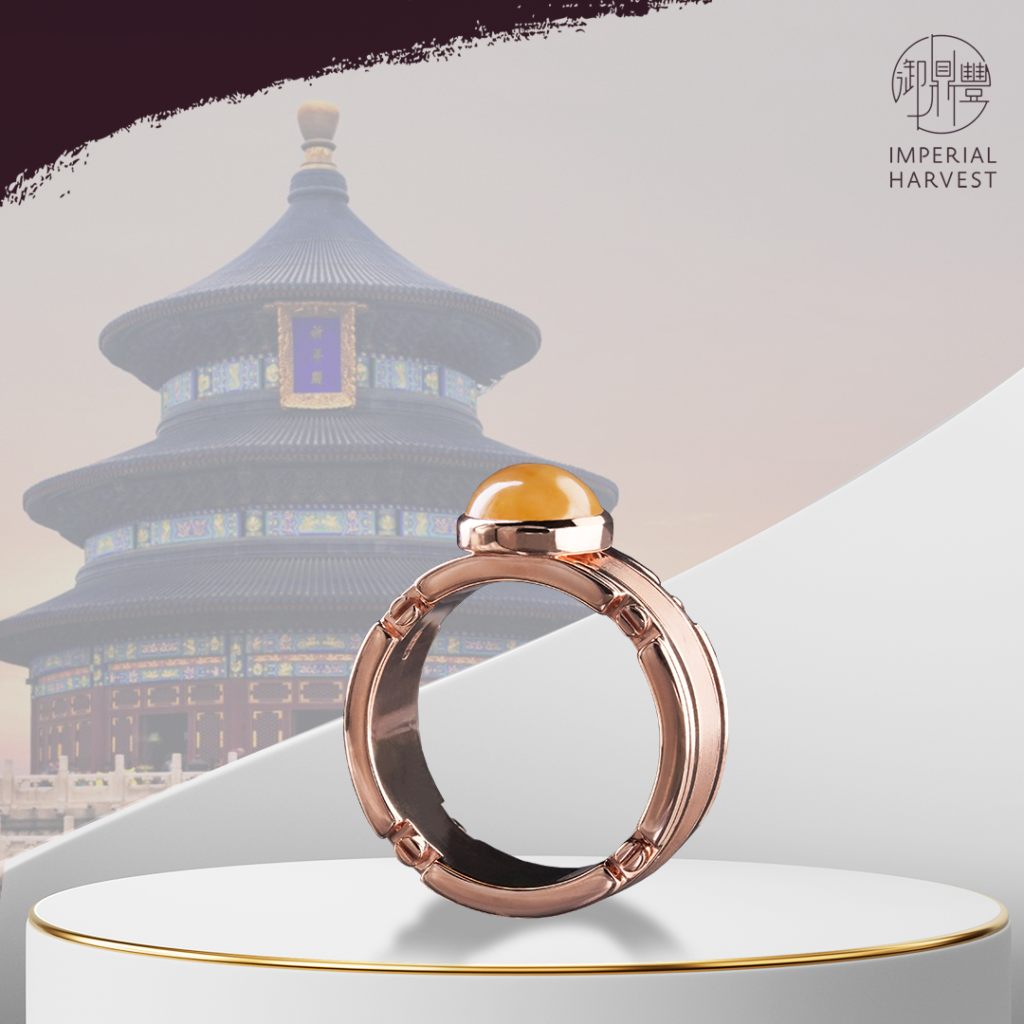 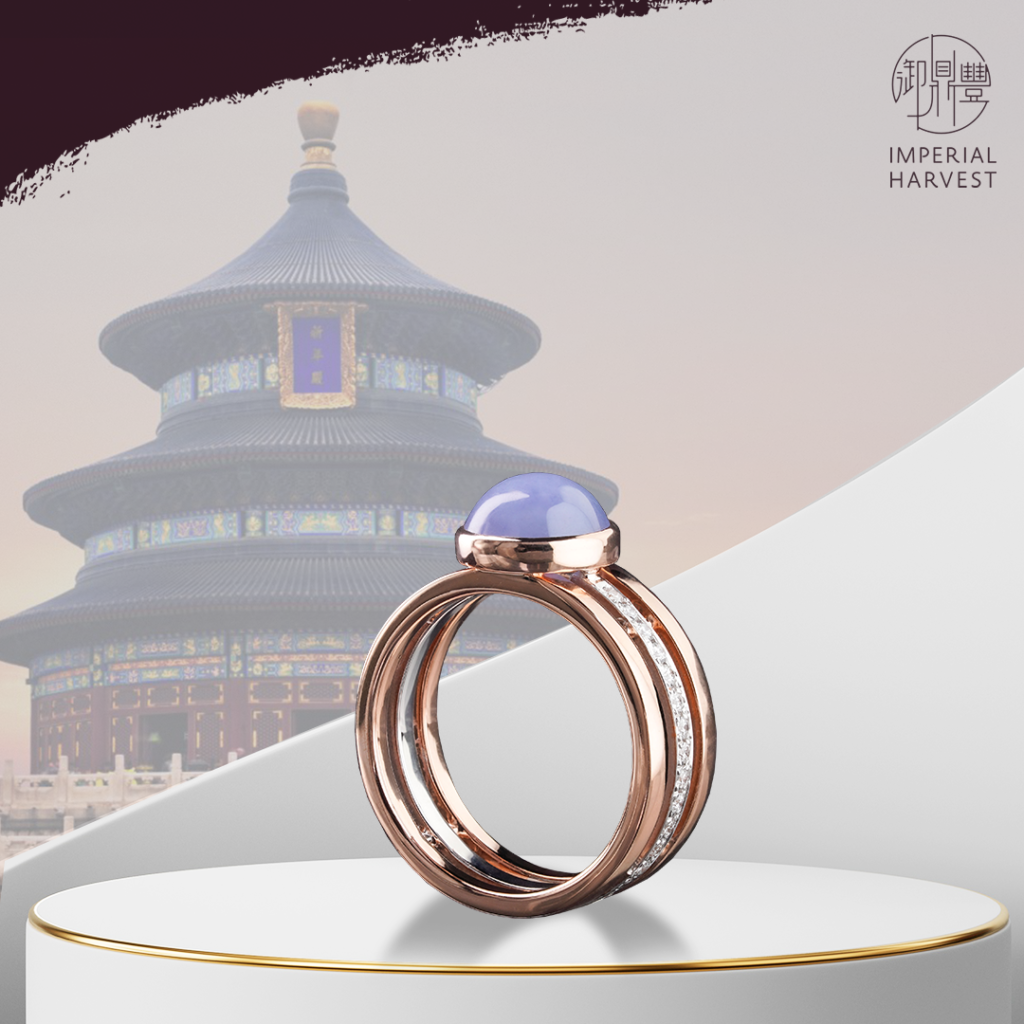 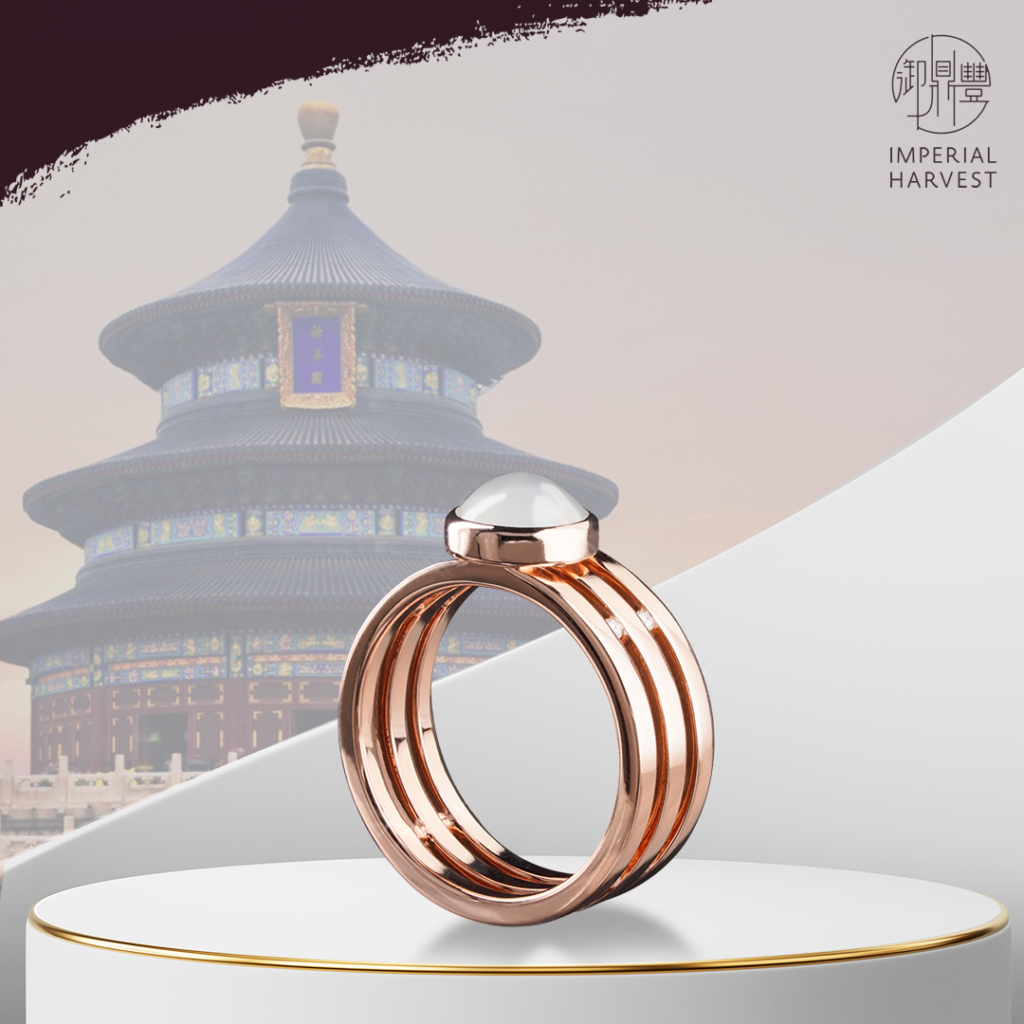 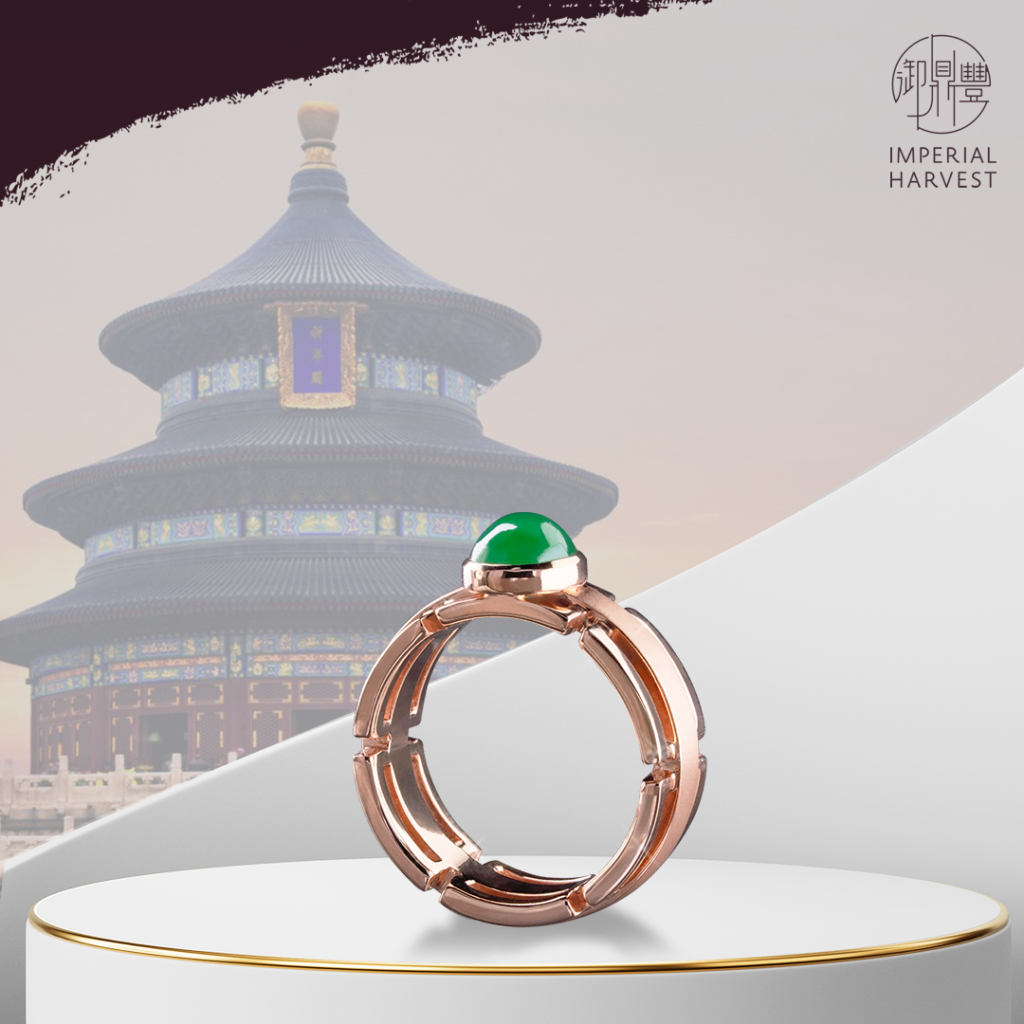 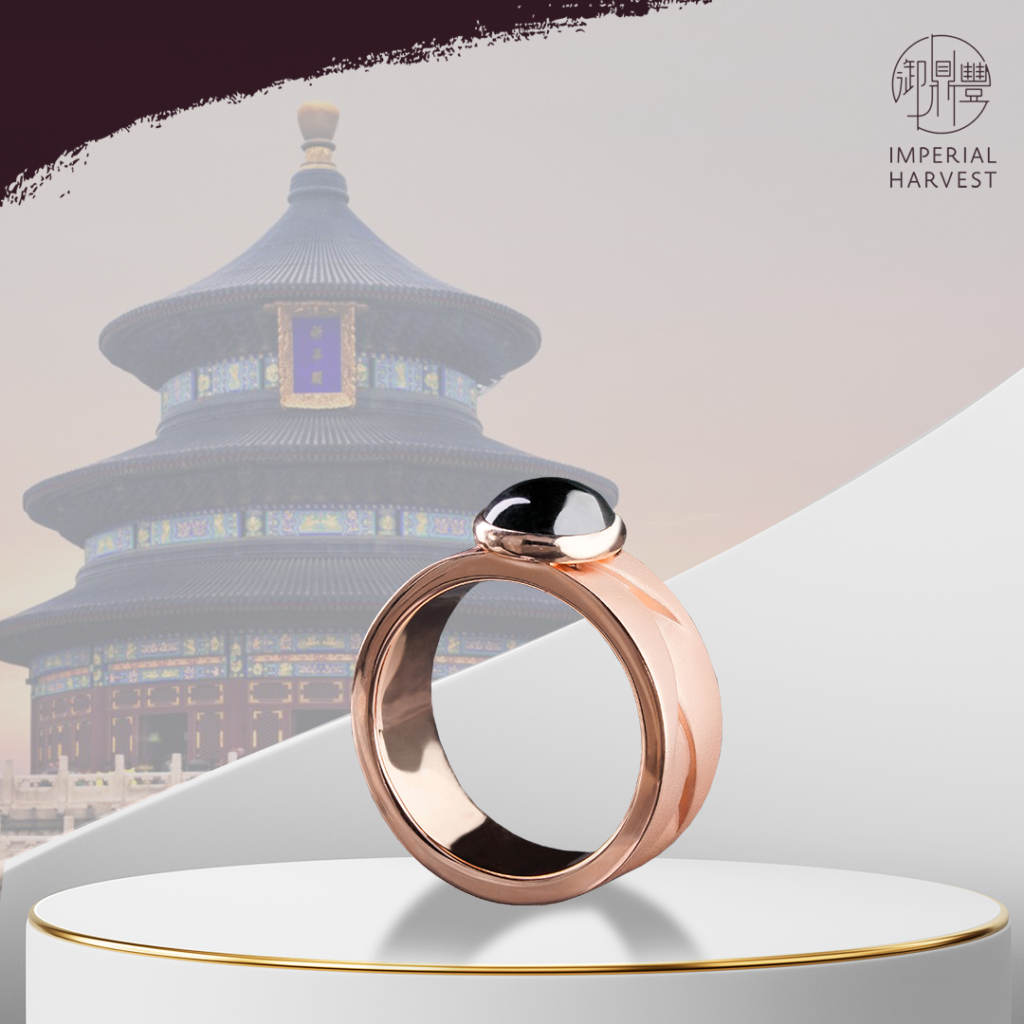