Posted by Imperial Harvest on 15 October 2020

The Symbolism of Double Ninth

The Double Ninth Festival (Chong Yang), observed on the ninth day of the ninth month in the Chinese calendar, is a traditional Chinese holiday, mentioned in writing since before the Eastern Han period. 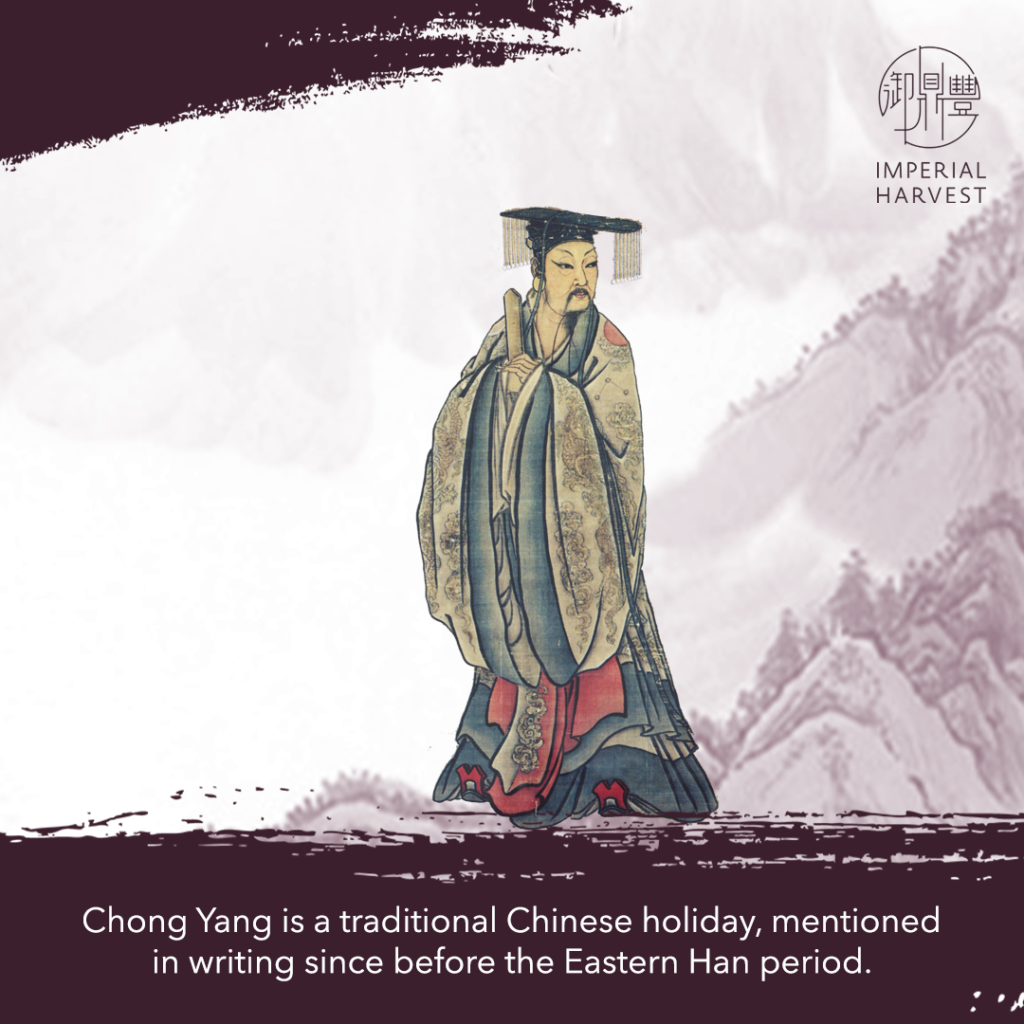 According to the Book of Changes, the number six is considered as yin while nine is yang. The ninth day of the ninth lunar month in the Chinese calendar features two nines, so the day is given the Chinese name “Chong Yang” (Chong means double in Chinese). In the old days, the day was considered auspicious and was widely observed.

In this article, we explore the legend of the Double Ninth Festival and it’s symbolism in Imperial Feng Shui and Chinese culture.

Legend of the Double Ninth Festival

During the Eastern Han Dynasty (25-220), the people by the Ruhe River were annually attacked by the plague on the 9th day of the 9th Lunar Month because of a monster living in the river. Many people were killed, including the parents of Heng Jing.

The young man left his hometown to search for a way to kill the monster. He toured around the country and eventually met an immortal living on a mountain. The immortal accepted him and taught him swordsmanship and how to kill the monster with a magic sword. 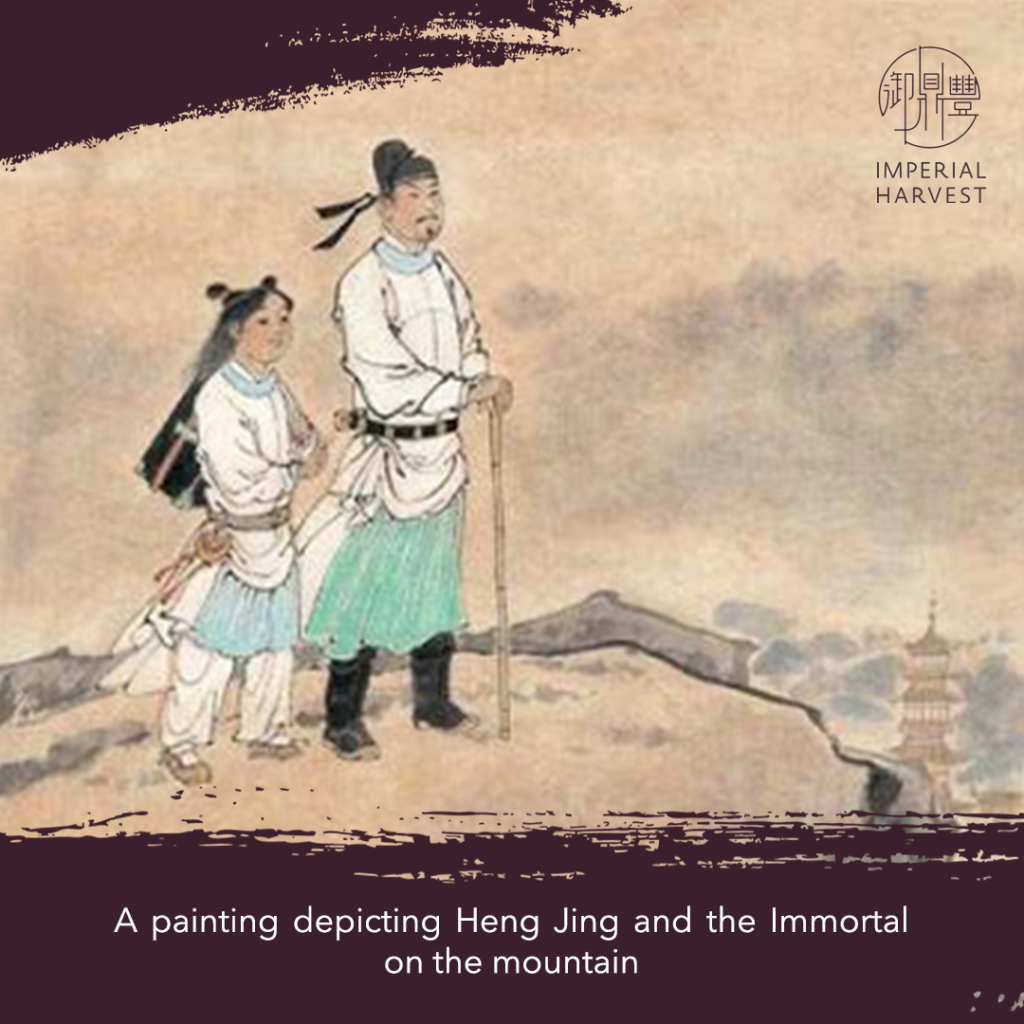 Heng Jing returned to his hometown, right before the morning of the ninth day. Heng Jing led the people to the top of a nearby mountain to avoid the plague, and each person was given a piece of cornel leaf to prevent the monster from coming close. They were also asked to drink some chrysanthemum wine to prevent them from acquiring the plague.

Unable to find anyone in the villages, the monster dashed to the foot of the mountain, but stopped in fear when it smelled the aroma of the cornel leaves and chrysanthemum wine in the air.

Heng Jing appeared and fought the monster, eventually killing it with his magic sword. Though the people were never attacked by the monster again, the tradition of ascending a height continues until today. 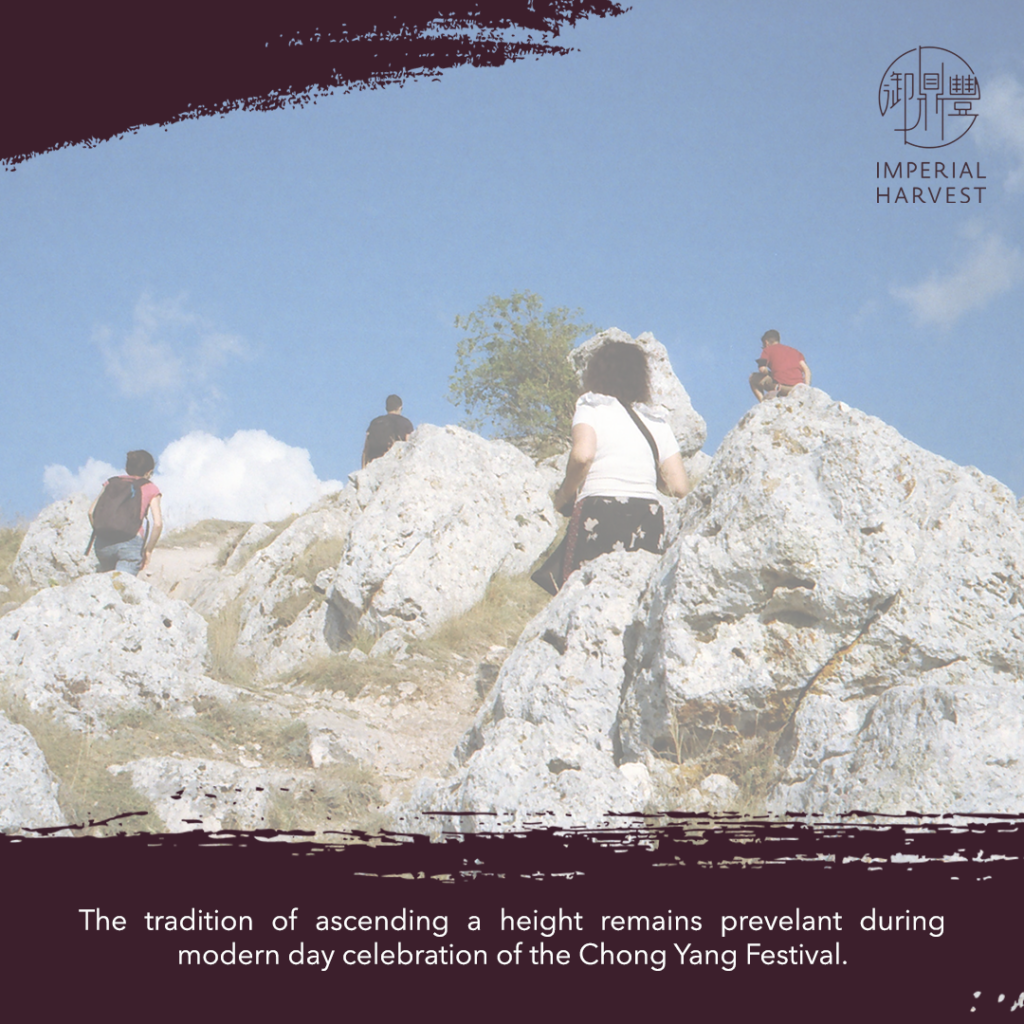 Origins of the term “Supreme Yang”

The I Ching ‘Book of Changes’ was foremost among the five ancient classics of China. Kongfuzi (Confucius) is reputed to have said “If years were added to my life, I would dedicate fifty to study the ‘I Ching’, then I might approach perfection”. 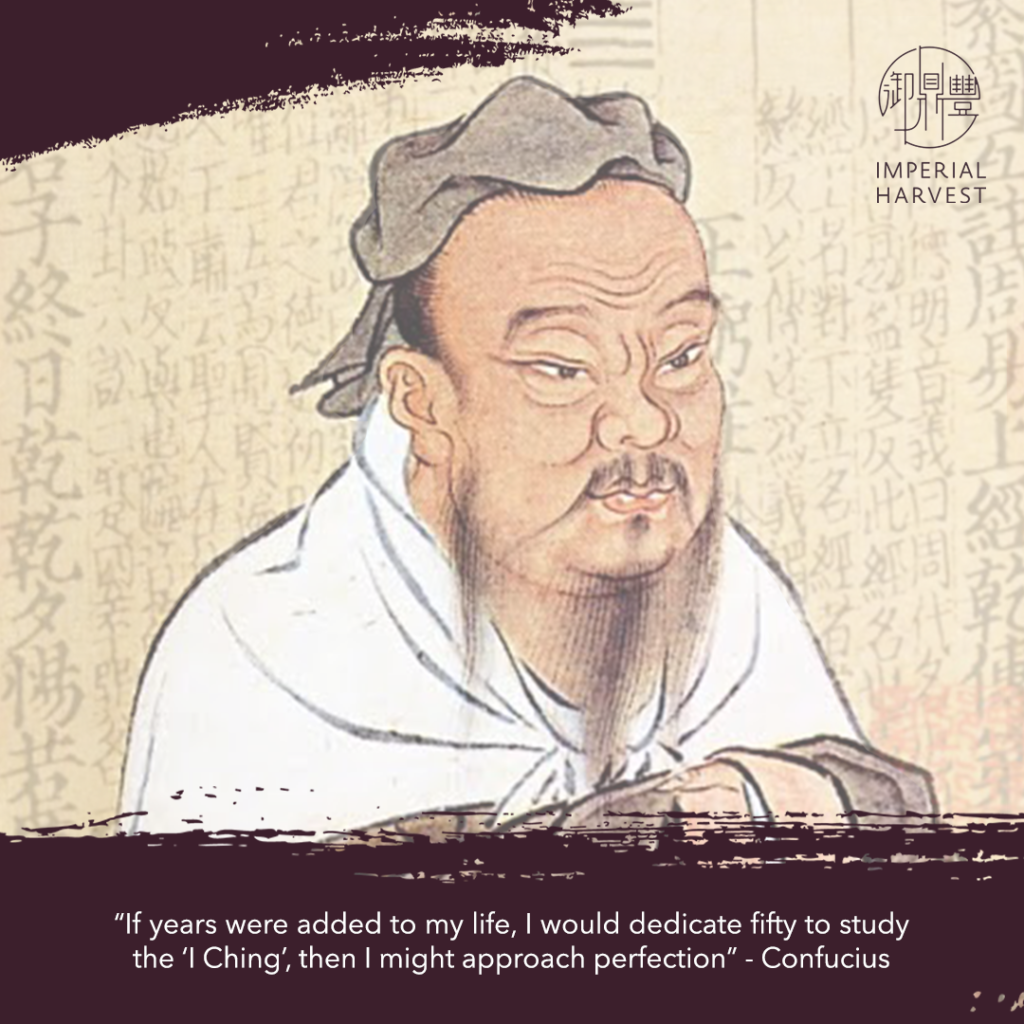 Yin (The symbol is a broken line) represents femininity, weakness, capacity, woman, the earth, even numbers and the receiver of energy. 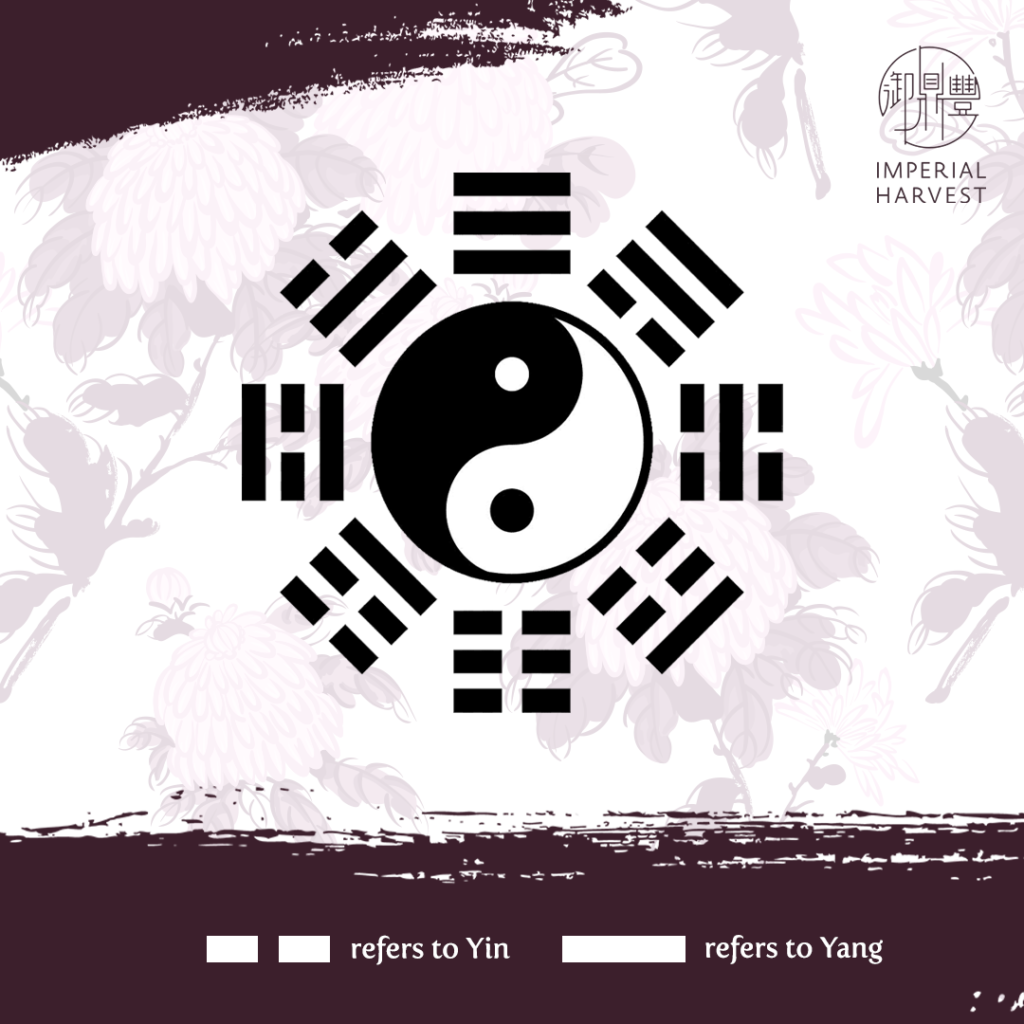 Yang (The symbol is a solid line) represents masculinity, strength, development, man, the heaven, odd numbers and the donor of energy.

The Symbolism of Double Ninth in Chinese culture

The number nine has always been respected by the Chinese, for it has tonal resonance with “long-lasting” and how it represents completeness and the “Supreme Yang”. The number nine is historically associated with the Chinese dragon, a symbol of authority and imperial power.

The number is also associated with Chinese Emperors who used it in many aspects of their administration, right from dividing the empire into 9 continents, having nine dragons embroidered on their imperial robes to having a nine-rank system for officials and more. 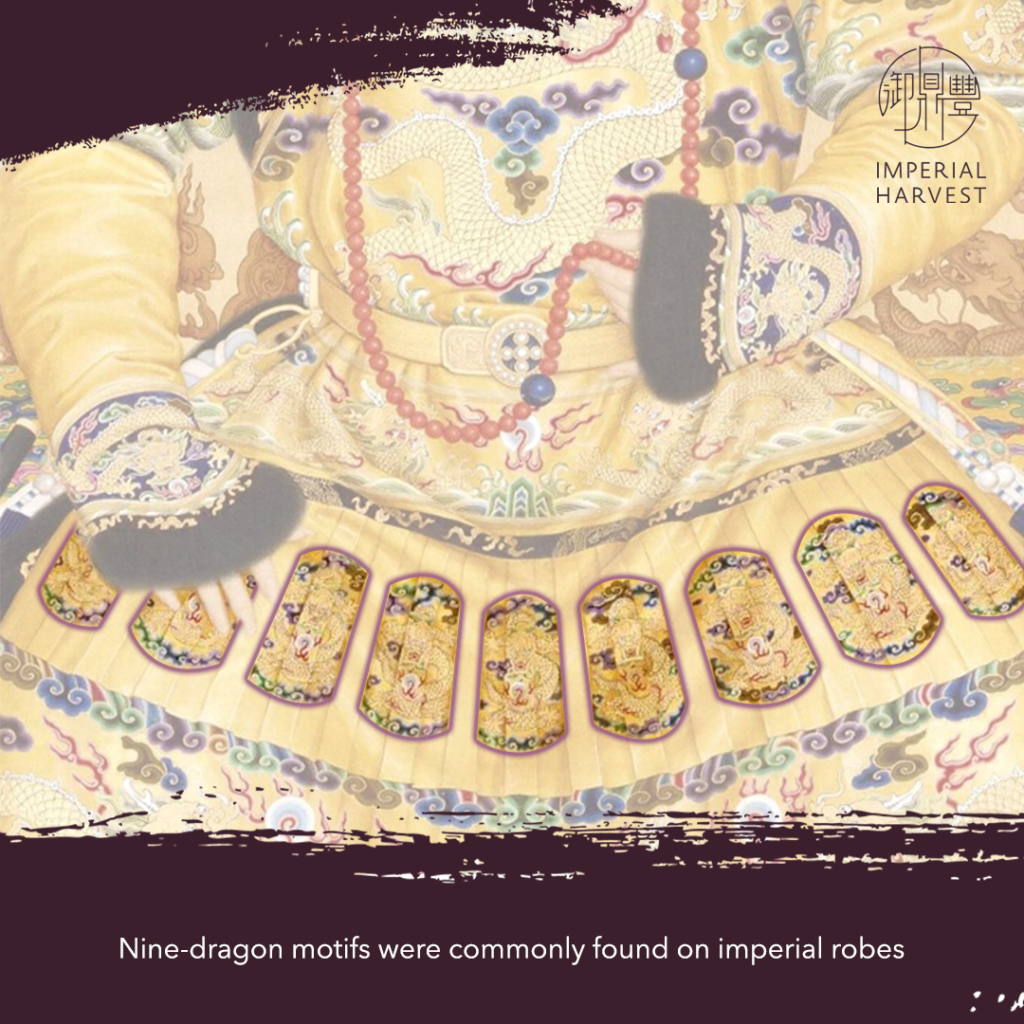 The Circular Altar platform (Earthly Mount) of the Temple of Heaven (the home of Imperial Feng Shui) has a circular marble plate in the center, surrounded by a ring of nine plates, then by a ring of 18 plates, and so on, for a total of nine rings, with the outermost having 81 plates, further exemplifying the significance of the number 9. 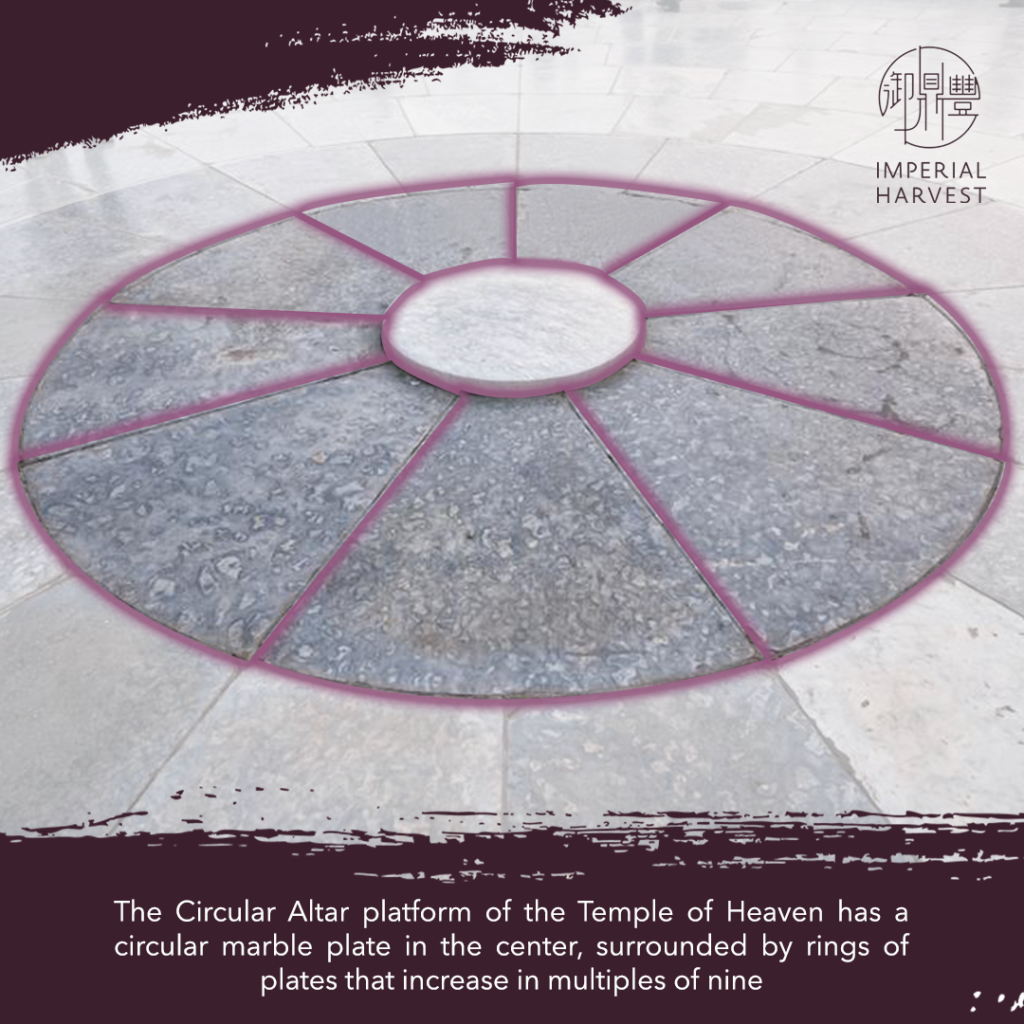 In the past, ascending mountains was the most important ritual during the Double Ninth Festival. The rationale of ascending mountains is related to the Chinese saying of rising further with each step (步步高升). It carries an auspicious meaning of climbing upwards towards success in life and attain longevity ‘Gao Shou (高寿)’.

The Double Ninth Festival is one of the most auspicious periods of the year to acquire your Imperial Harvest treasures.