Xuanwu (玄武), or Xuan Tian Shang Di (玄天上帝), is a powerful deity and thought to be one of the highest-ranking figures in Chinese culture. Widely worshipped as the Supreme Wealth God, Xuan Tian Shang Di celebrates his birthday on the 3rd day of the 3rd lunar month, which falls on 3rd April this year. 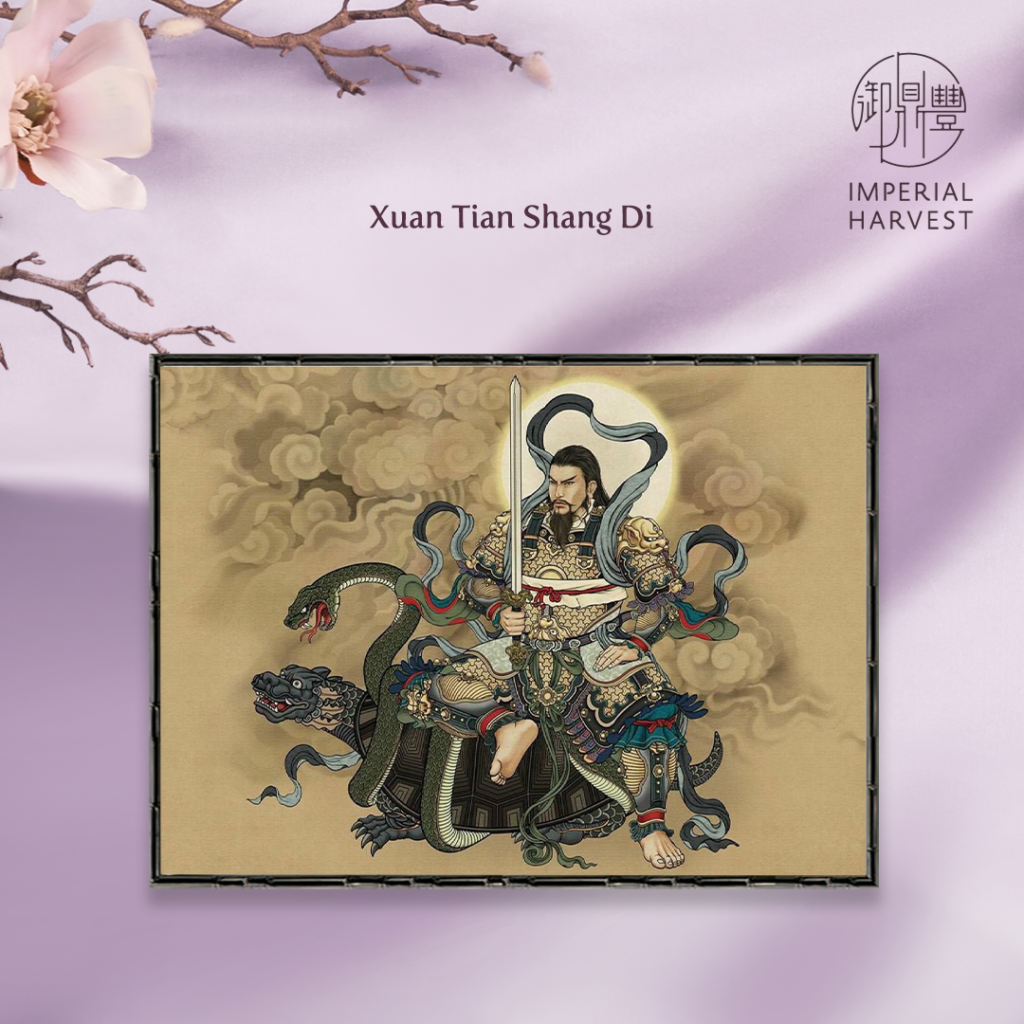 Each year, Xuan Tian Shang Di’s anniversary sees many temples holding major observances of this auspicious occasion, with scores of devotees preparing offerings and food in tribute to the Supreme Wealth God. With Xuan Tian Shang Di’s immense influence, he holds massive influence on the wealth luck of those in his favour, often looked to for guidance by those looking to excel in their business and career ventures. 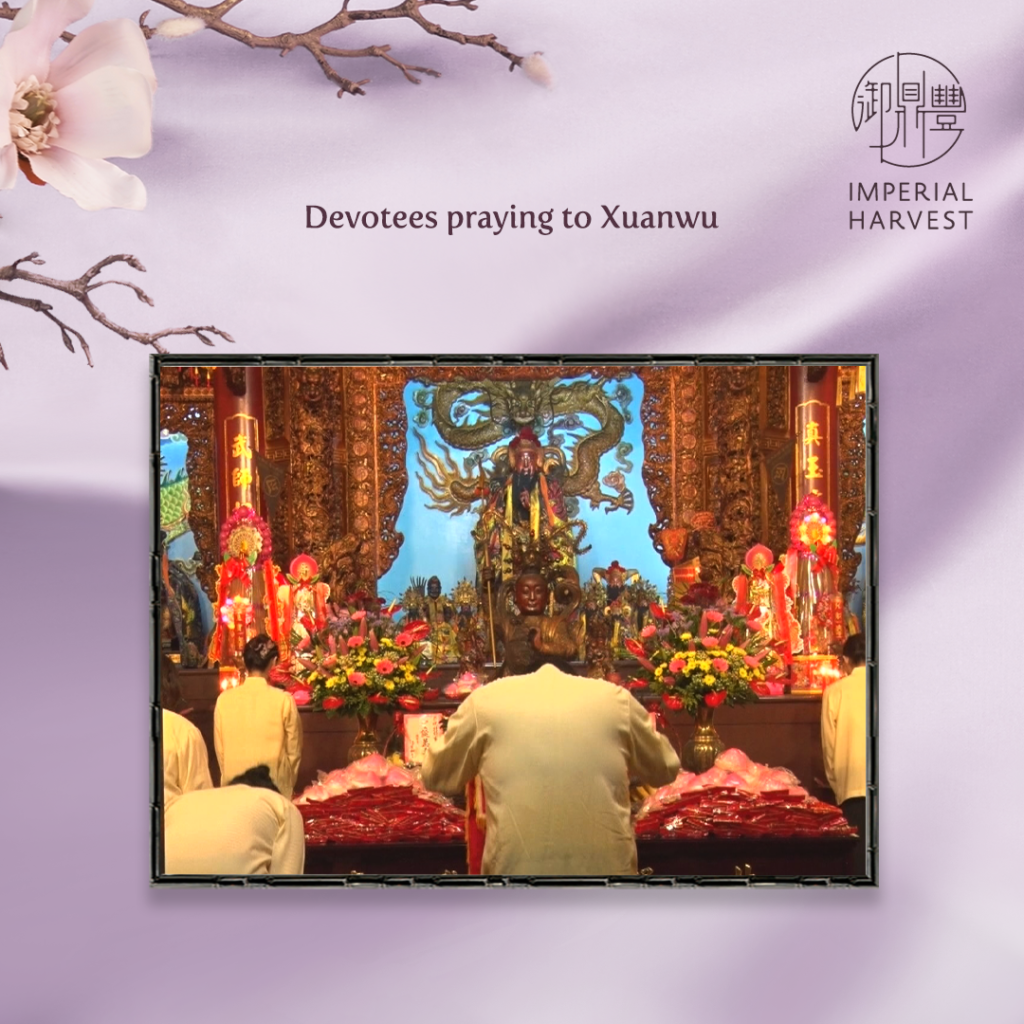 According to historic records from the fall of the Shang dynasty, Yuanshi Tianzun (元始天尊) had commanded his counterpart, the Jade Emperor (玉皇) to appoint Xuan Tian Shang Di as a commander of the twelve heavenly legions. His triumph over the Demon King granted him his status as one of the highest-ranking deities.

During the Qing dynasty, another legend surrounding Xuan Tian Shang Di was popularised and tells of the deity’s experiences as a mortal. As Xuanwu, he grew remorseful over his actions and sought to redeem himself from his past. In this tale, the Jade Emperor was moved by his determination and sincerity, granting him the title Xuan Tian Shang Di — translating to “Mysterious Heavenly Highest Deity”. His sins manifested as a terrifying turtle and a snake, which Xuan Tian Shang Di later defeated.

Through these legends, many temples dedicated to the Supreme Wealth God depict him standing triumphant over a turtle and a snake — signifying his victory, and the triumph of good over evil.

Imperial Harvest’s Fine Jadeite Supreme Wealth God was conceptualised by Master David and features three important wealth-enhancing emblems central to Xuan Tian Shang Di, namely the Seven Star Sword, a Serpent and a Turtle. Deeply empowered with auspicious features, this Imperial Harvest jadeite treasure is ideal for those seeking the highest level of financial breakthroughs and success in all their endeavours and ventures. 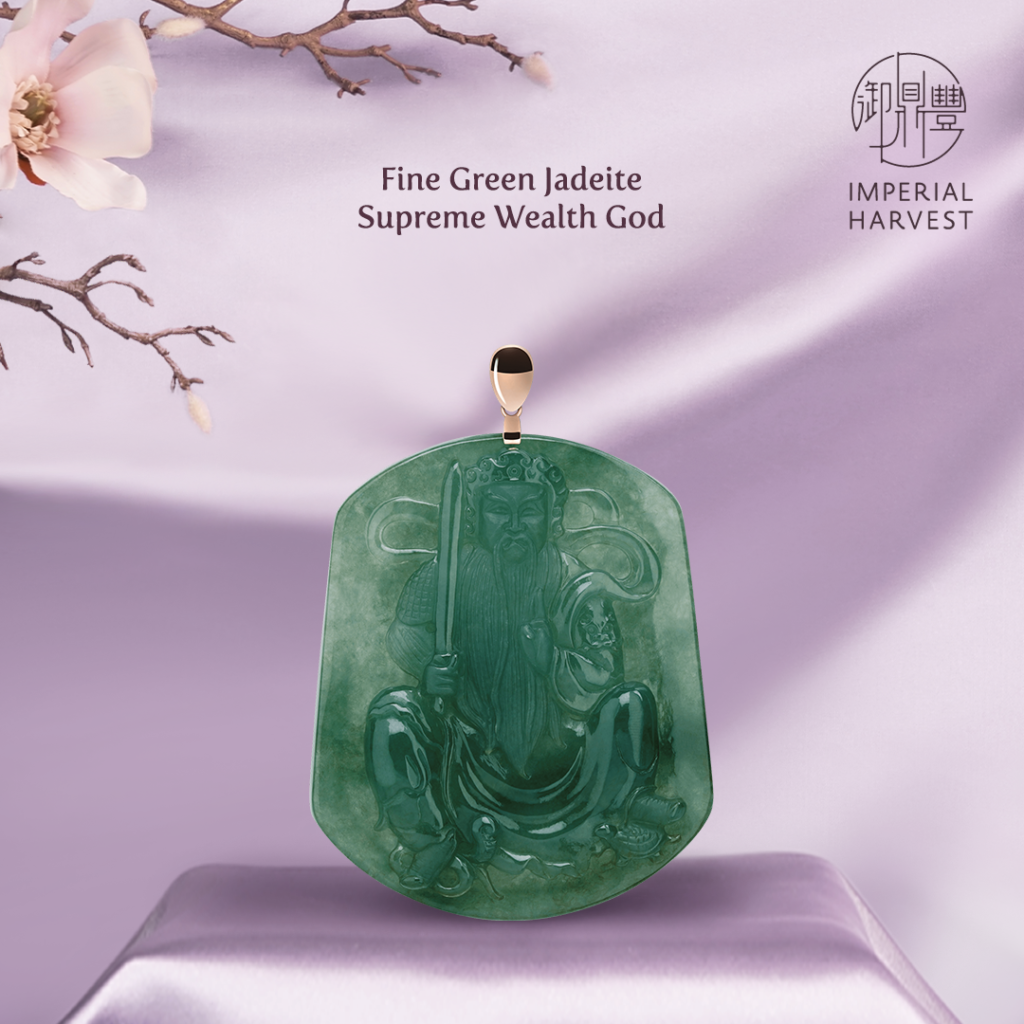 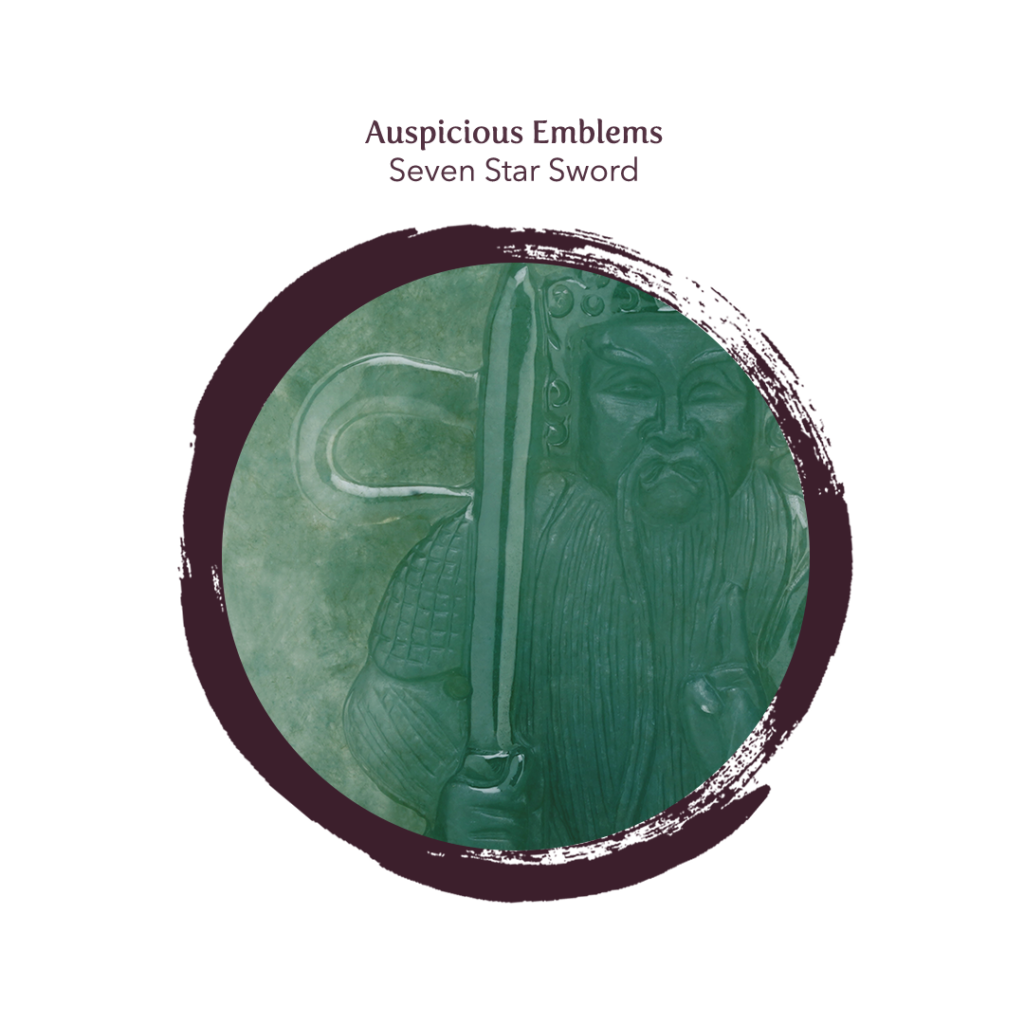 Xuan Tian Shang Di is depicted as wielding the Seven Star Sword, a most powerful emblem of prosperity. According to legend, this legendary sword aided Xuan Tian Shang Di to defeat the evils he encountered, commanding cosmic energies from seven major constellations in the universe. As an emblem of prosperity, the sword aids its destined owner to achieve similar triumphs in their careers and make great leaps towards business success. 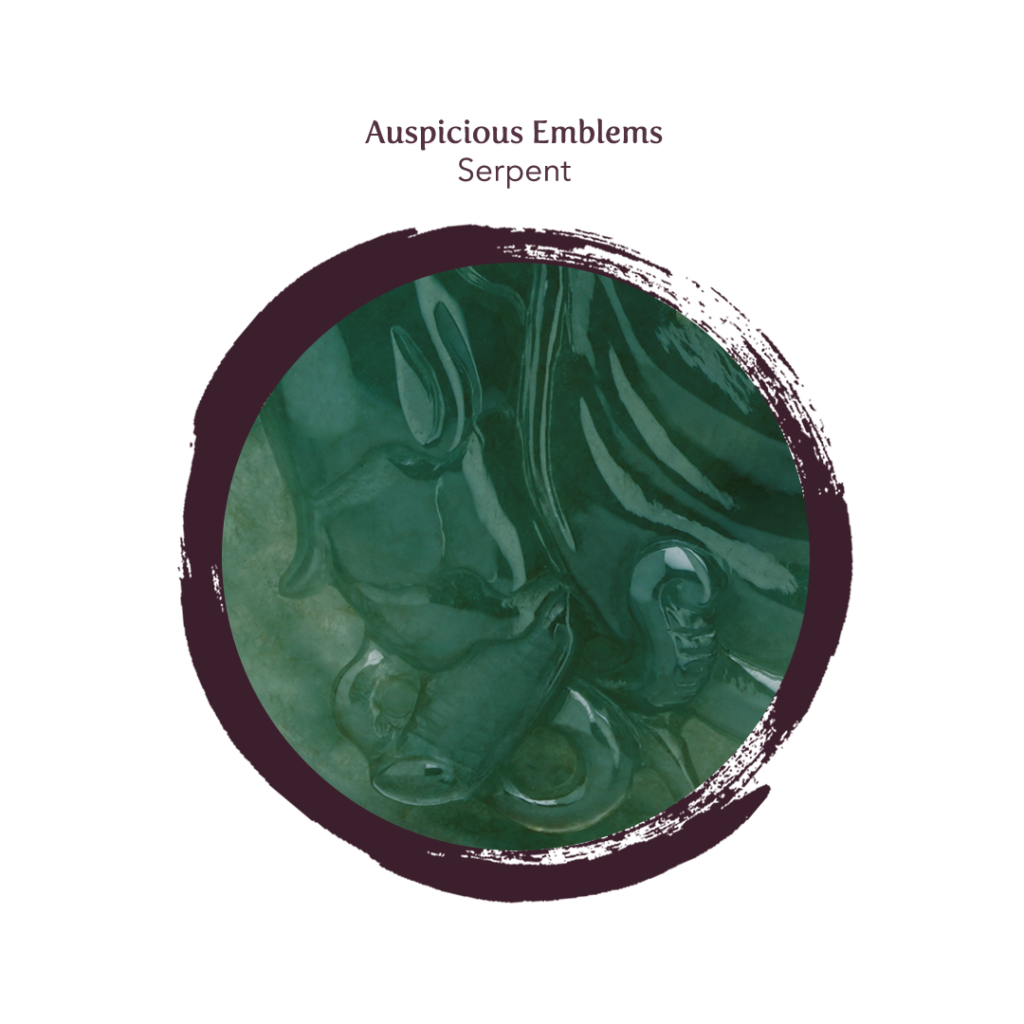 Holding strong spiritual and cultural significance in Chinese culture, the serpent is an important emblem bearing auspicious connotations. The creature is symbolic of good fortune, health, wisdom and longevity. In ancient Chinese mythology, the snake held close associations with the Gods, with different deities across the Chinese pantheon assuming its form. Additionally, the serpent is often accompanied by a turtle.

The serpent bestows its destined owner with sharp business acumen and intuition. Referring to the ability to discern and identify information, intuition is a key factor in making sound decisions. Good intuition is extremely important for one’s wealth and success — it empowers individuals to act decisively and seize the strategic opportunities that provide them with lucrative first-mover advantages. 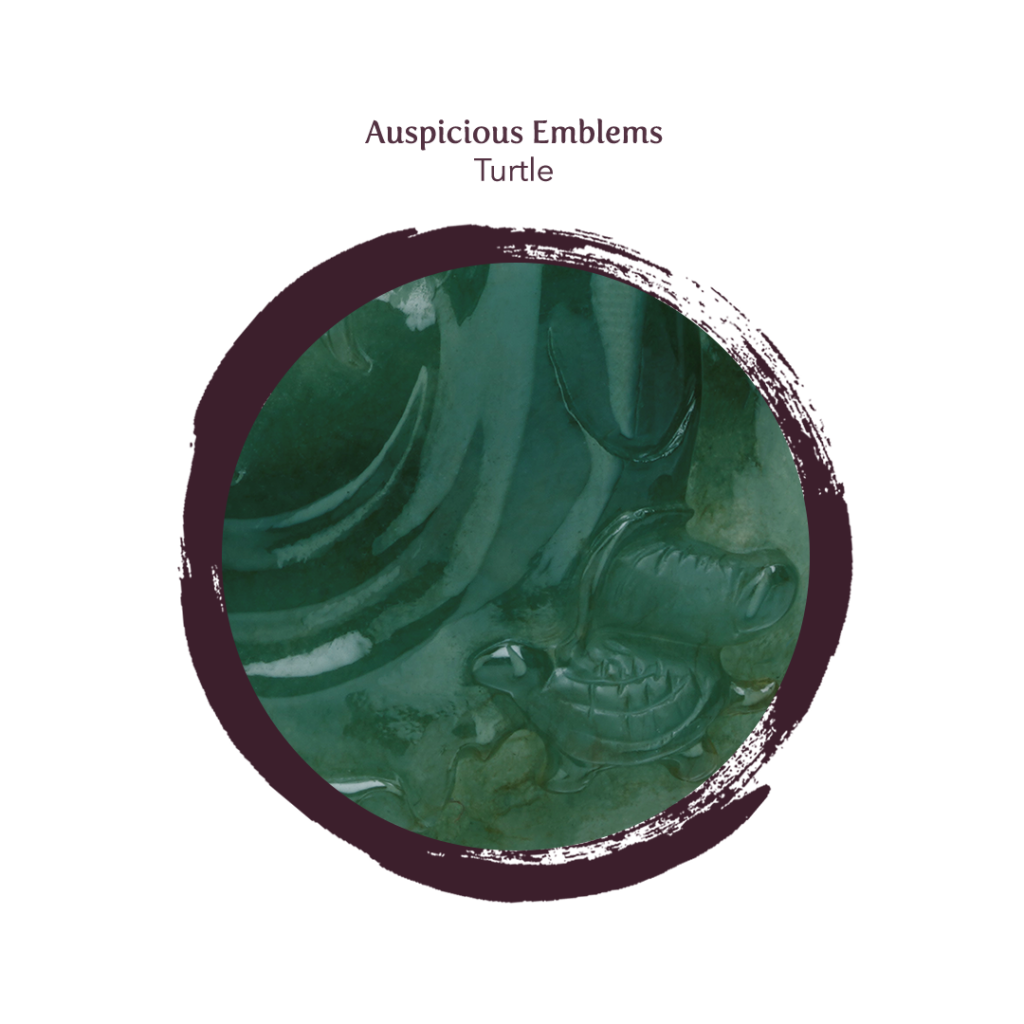 Similarly to serpents, turtles hold strong spiritual and cultural significance as well, becoming a symbol of both heaven and earth. As mythical creatures, turtles are symbolic of knowledge, perseverance, prosperity and longevity. The influence of these creatures extended towards fashion, particularly with Han dynasty people donning jade pendants shaped like turtles.

The turtle bestows its destined owner with the wisdom and knowledge necessary to navigate a path through tough business competition and to rise to the top echelons of their respective industries. This auspicious emblem on Imperial Harvest’s Fine Jadeite Supreme Wealth God also ushers in strategic mentor and benefactor support for its destined owner.