Summer: The Season of Abundance 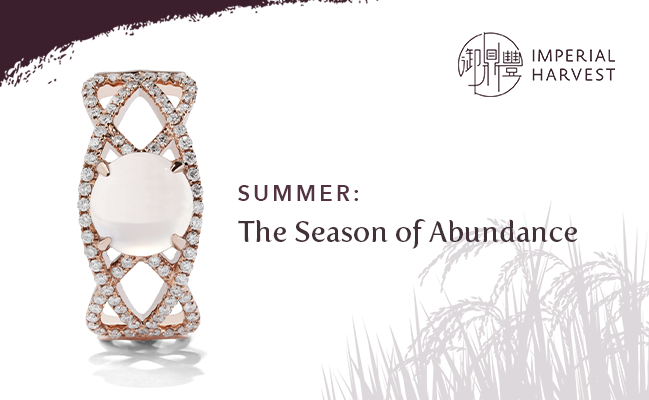 In both past and present Chinese culture, summer is widely regarded as the season of abundance, auspiciousness and achievement.

Regarded as the most Yang (阳) season in the eternal Yin-Yang (阴阳) cycle, summer is closely associated with passion, growth and brightness. The season harnesses a deep, intense energy to fuel breakthroughs.

It leads eventually to the Summer Solstice, a time of exhilaration, prosperity and growth.

Prior to the Summer Solstice, the auspicious season of Mangzhong begins.

In ancient China, this was the period where farmers sowed their seeds for the upcoming harvest. In a modern day context, it is when the metaphorical seeds of prosperity can be sown for the season. This is in apt accordance with Mangzhong’s rainy climate––perfect for the growth and blossoming of young crops.

For this very reason, Mangzhong is affectionately known as the season of new beginnings. It is when the old is washed away and willingly forgone in anticipation of the new. A season of hope, Mangzhong symbolises the dawn of immense growth and new beginnings. 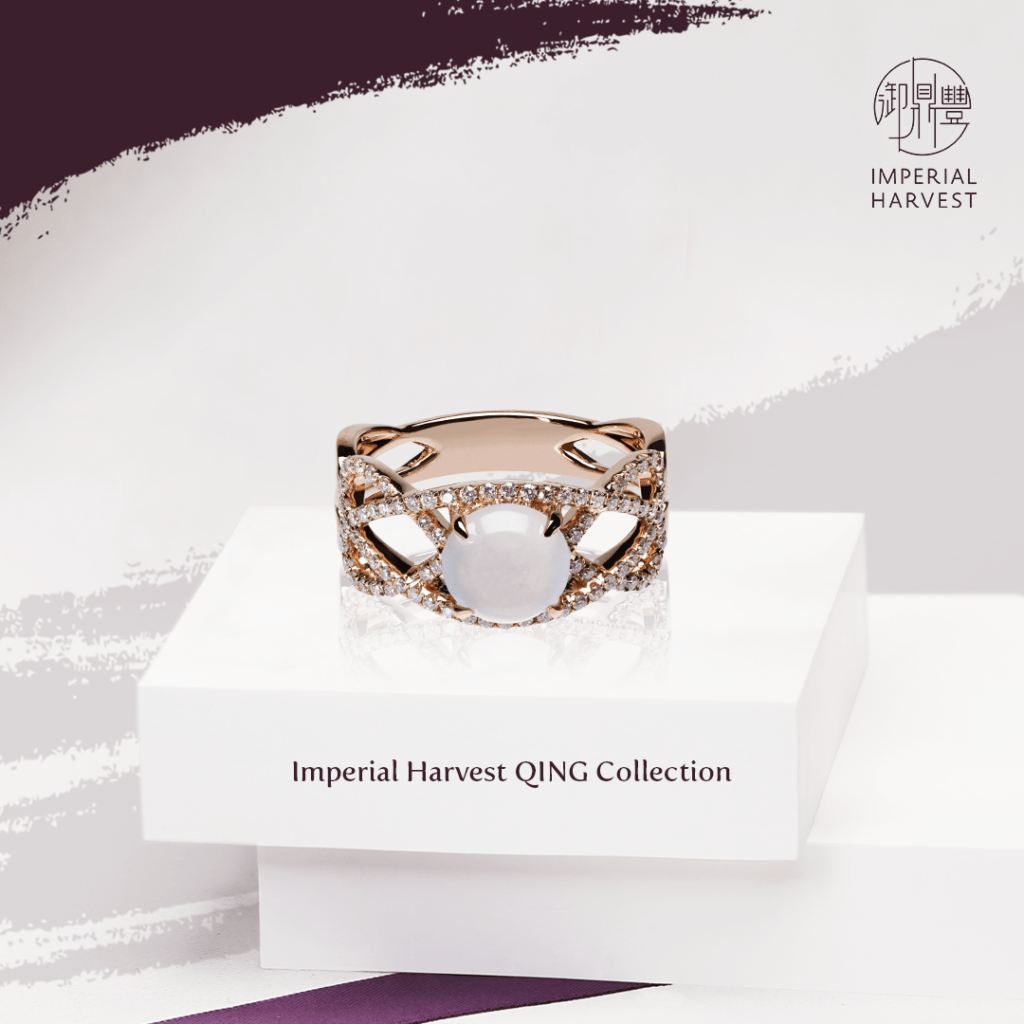 In celebration of Mangzhong, the Imperial Harvest QING Collection boasts a groundbreaking design with sophisticated originality. The Jadeite cabochon, resemblant of a seed, complements the modern wearer. Simultaneously, it blesses them with the benefits of Imperial Feng Shui. With greater power, wealth and authority, every individual’s unlimited potential can be realised. 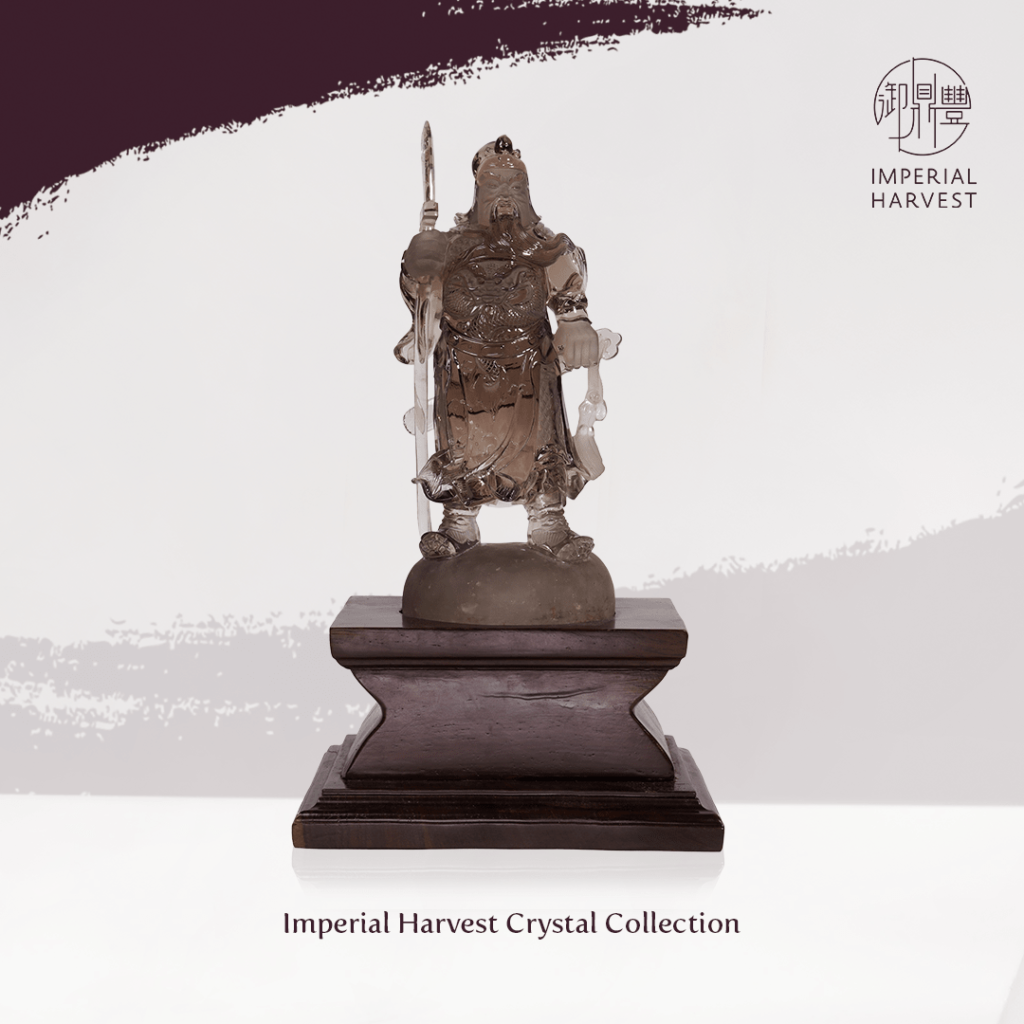 To commemorate the joyous season of Mangzhong, the Imperial Harvest Crystal Collection ushers wealth and prosperity into its owners’ households. By activating the water star (direct and indirect wealth sectors), Imperial Harvest crystals empower their owners to thrive with multiple growing streams of income. Mangzhong’s intimate connection with rain renders it an ideal season for the acquisition of Imperial Harvest Crystals. With their assistance, individuals and their families are able to challenge boundaries, scale new heights and experience astounding breakthroughs.

A season of reinvention and growth, Mangzhong is a jovial period of both celebration and diligence.

Summer Solstice (夏至): Ritual Offerings at The Temple of Earth

Each year, celebratory summer festivities peak during the Summer Solstice.

Historically, court officials, farmers and commoners alike seized the Summer Solstice as a golden opportunity to worship the God of Earth. The God of Earth, known in Chinese as 土地公 or 大伯公 (Tua Pek Gong), also governs direct wealth (正财).

In particular, consecutive generations of the royal family were devoted patrons to the God of Earth. Esteemed rulers of ancient Chinese dynasties, their reverent worship ignited great wealth, amity and abundance for their people. 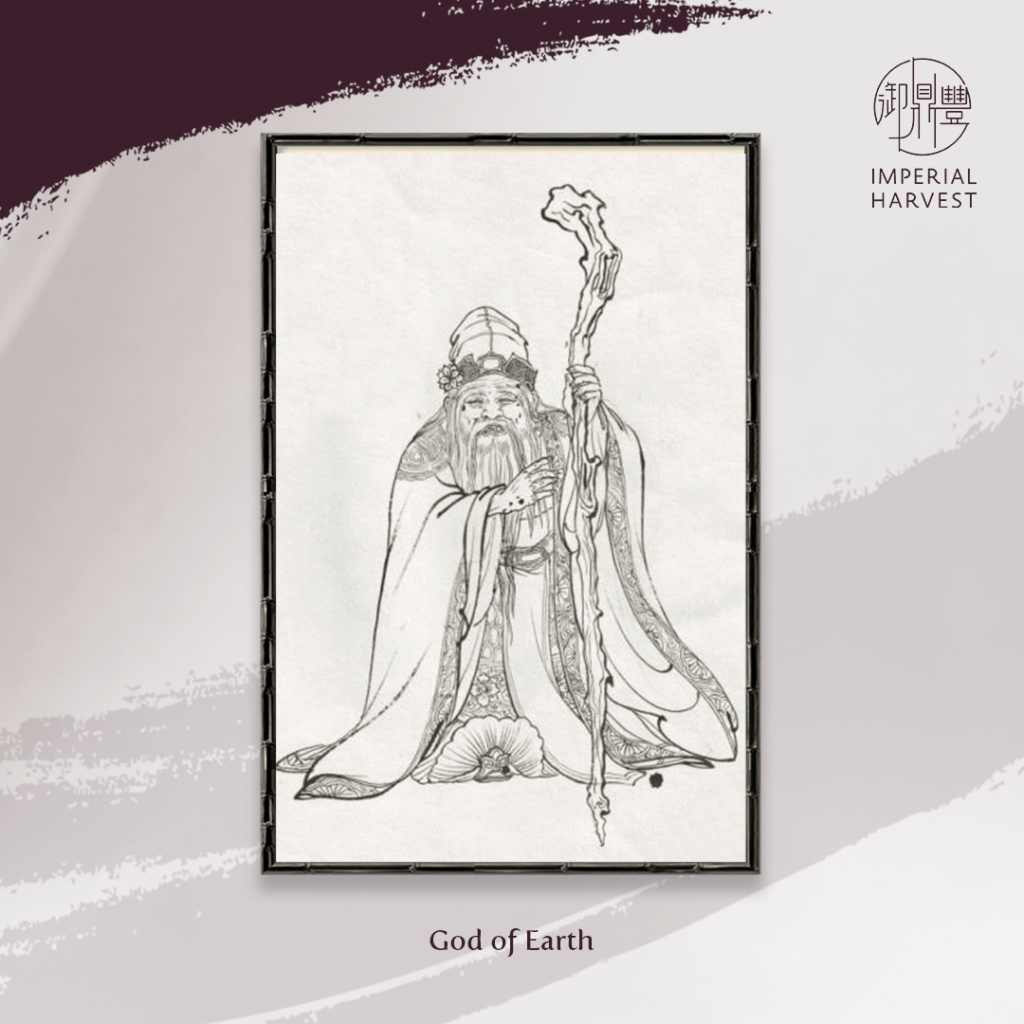 The God of Earth, a wealth god, is a highly popular deity in the pantheon of celestial beings. A benevolent deity, he blesses his devotees with bountiful harvests each summer.

The God of Earth’s prominence was amplified significantly during the Ming Dynasty, during which numerous sites worshipping him were specially commissioned by several emperors. 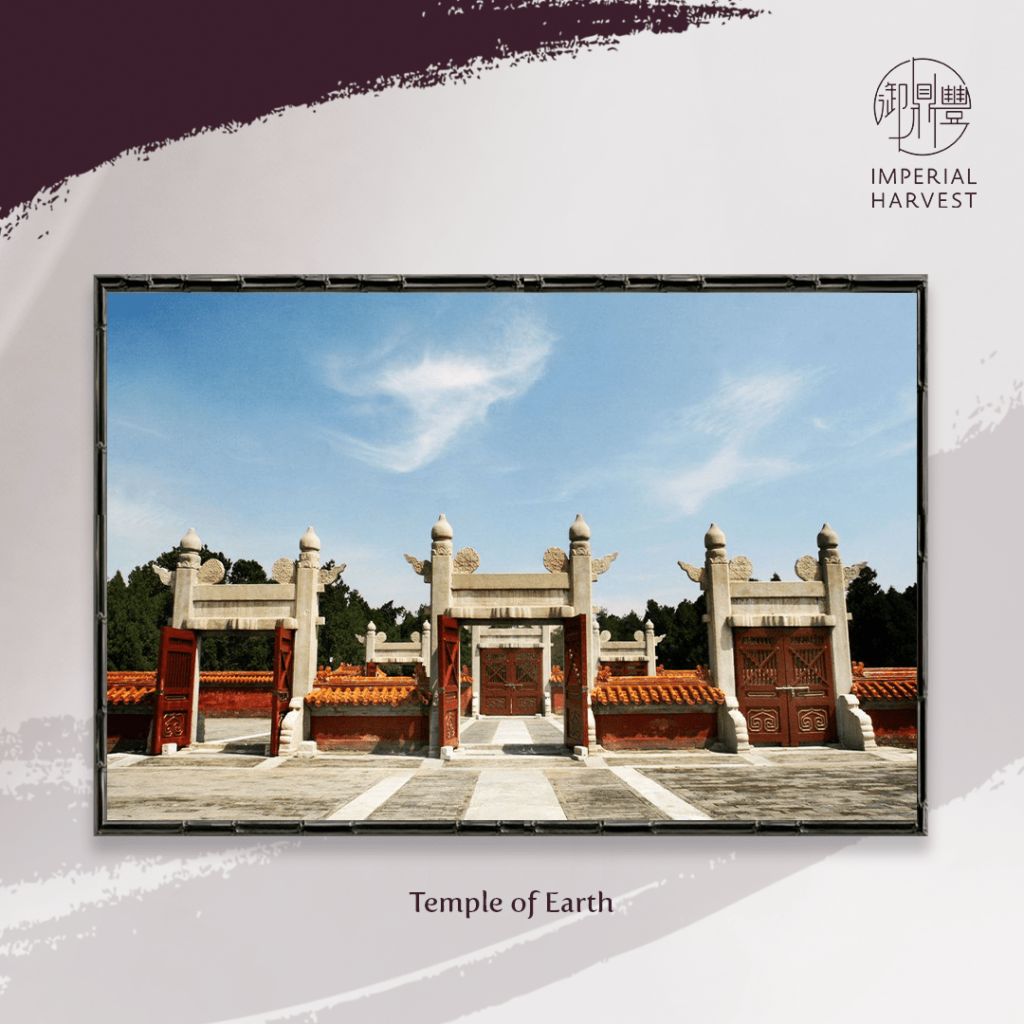 A highly erudite ruler, Emperor Jiajing of the Ming Dynasty commissioned the building of the Temple of Earth in 1530. Located in the north of Beijing, the Temple of Earth pays apt homage to Earth’s association with the north direction. Its square-shaped architectural footprint also is also intricately interwoven with the Chinese belief “天圆地方” (literally translated into “Round Sky, Square Earth”).

During the Ming and Qing dynasties, emperors would ascend the Temple of Earth to worship the God of Earth. Conducted with flair every Summer Solstice, their ritual offerings guaranteed an upcoming season of exuberance and plenteousness for the agricultural industry.

Emperor Qian Long of the Qing Dynasty was a wise individual who recognised the utmost importance of ritual worship. A strong believer of Imperial Feng Shui, Emperor Qian Long regularly donned fine white jadeite, in accordance with his favourable Metal element. Annually, he ascended the Temple of Earth with grandiose prayers for the God of Earth. With premium Agarwood and Sandalwood beads, he would solicit the God of Earth’s blessings for a year of prosperous harvests. His dedication accounts for why the Qing Dynasty enjoyed tremendous wealth, harmony and prosperity like no other under his reign. 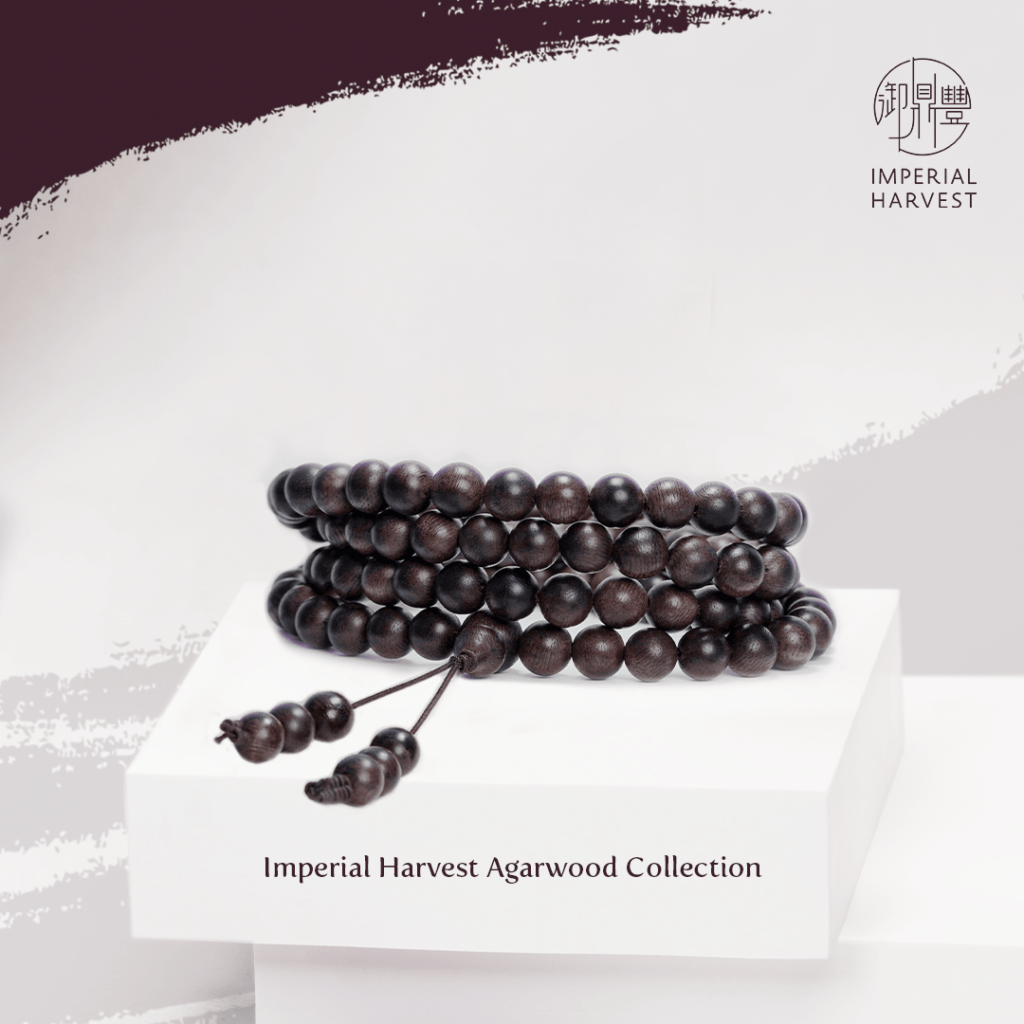 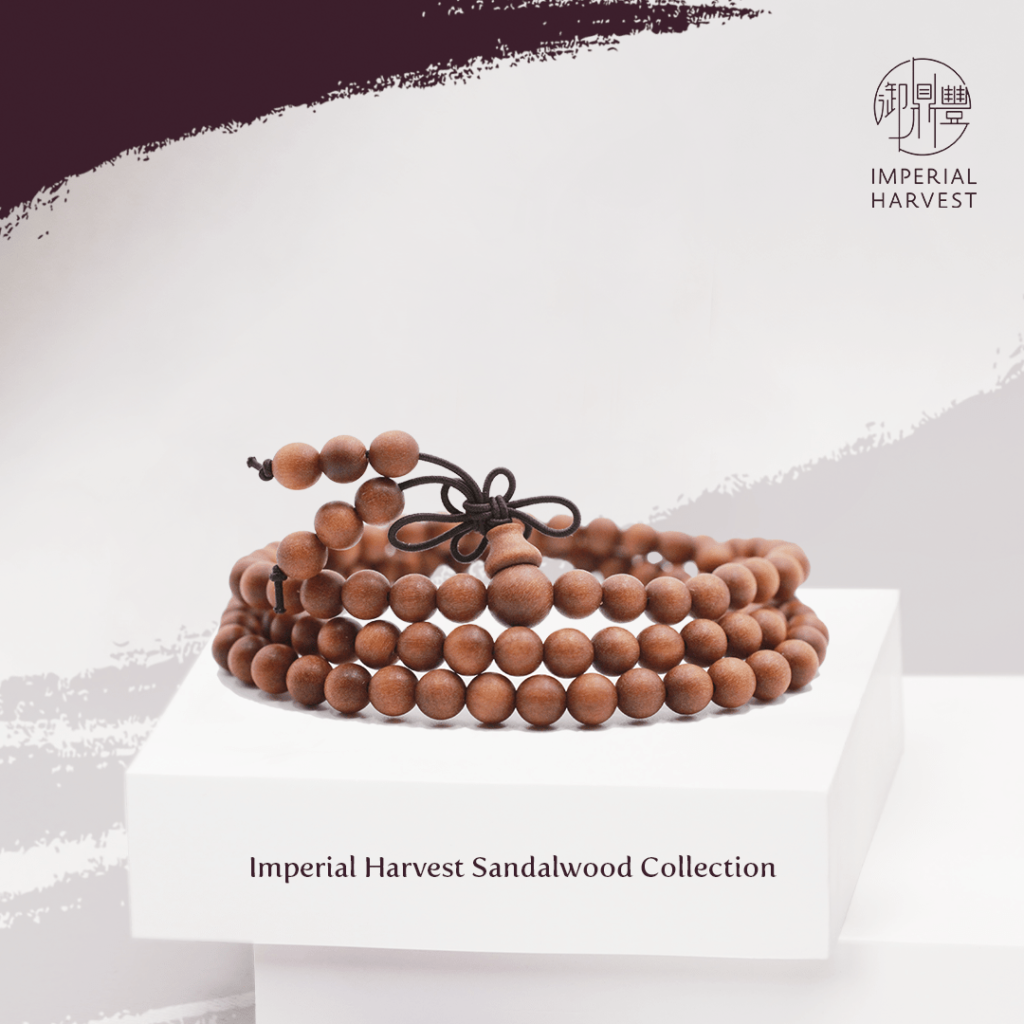 Imperial Harvest’s premium Agarwood and Sandalwood collections celebrate the tradition of ritual worship during the Summer Solstice. They pay tribute to the God of Earth for his benevolence, attracting similar prosperity to their wearers. 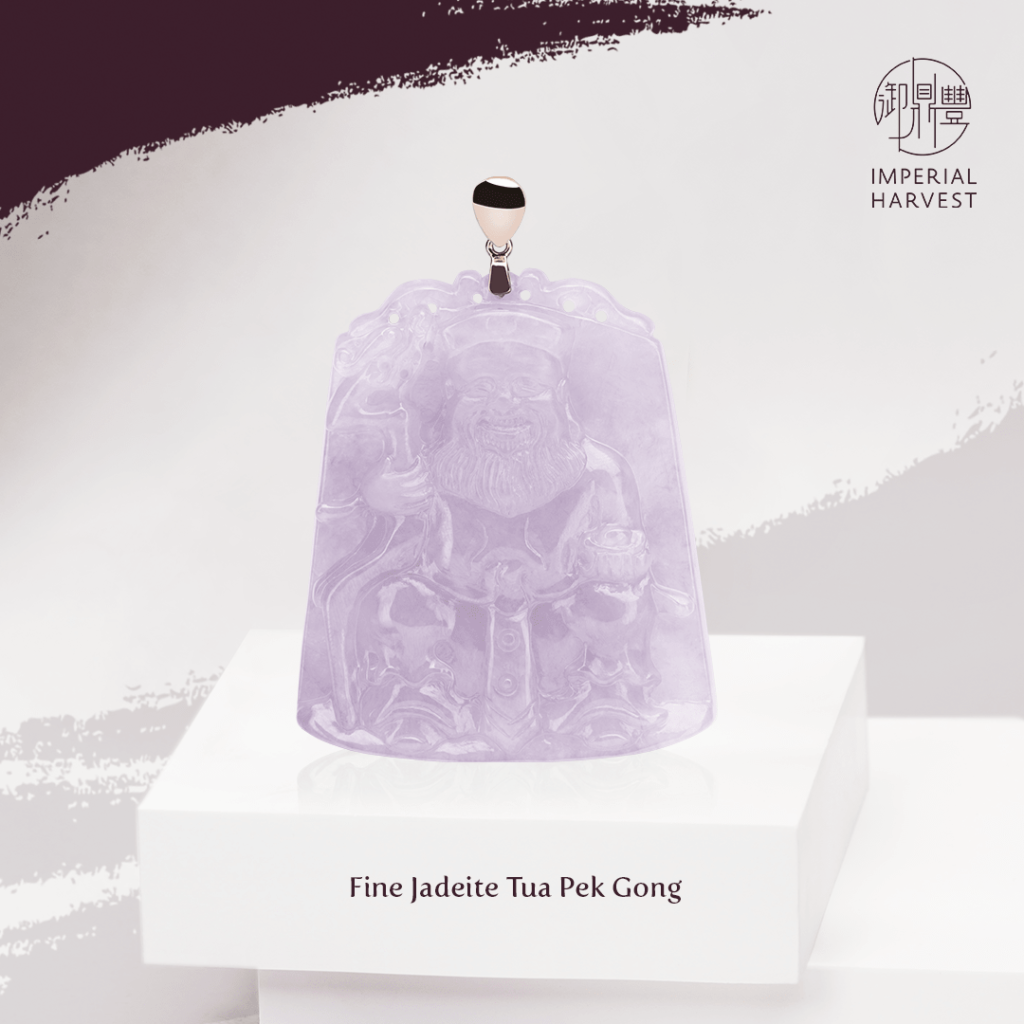 In tribute to the ritual worship of the God of Earth, Imperial Harvest simultaneously exhibits our Five Wealth Gods Collection. The God of Earth, known by his numerous titles, also governs direct wealth (正财). Widely worshipped, he attracts powerful benefactors for his devotees.

In Chinese history, there are five wealth gods, responsible for the stewardship of five different arenas of wealth: career, business, investment, trading and windfall. These Wealth Gods are the most powerful manifestations of auspicious luck in Chinese culture, and are an essential collection for those aspiring to alter their luck for the better to achieve breakthroughs and successes.

Ancient Chinese dynasties depended heavily on agriculture for a stable source of livelihood. Naturally, this meant that bountiful harvests were received with utmost gratitude. A successful harvest heralded the colder seasons with plenteousness, prosperity and luck. 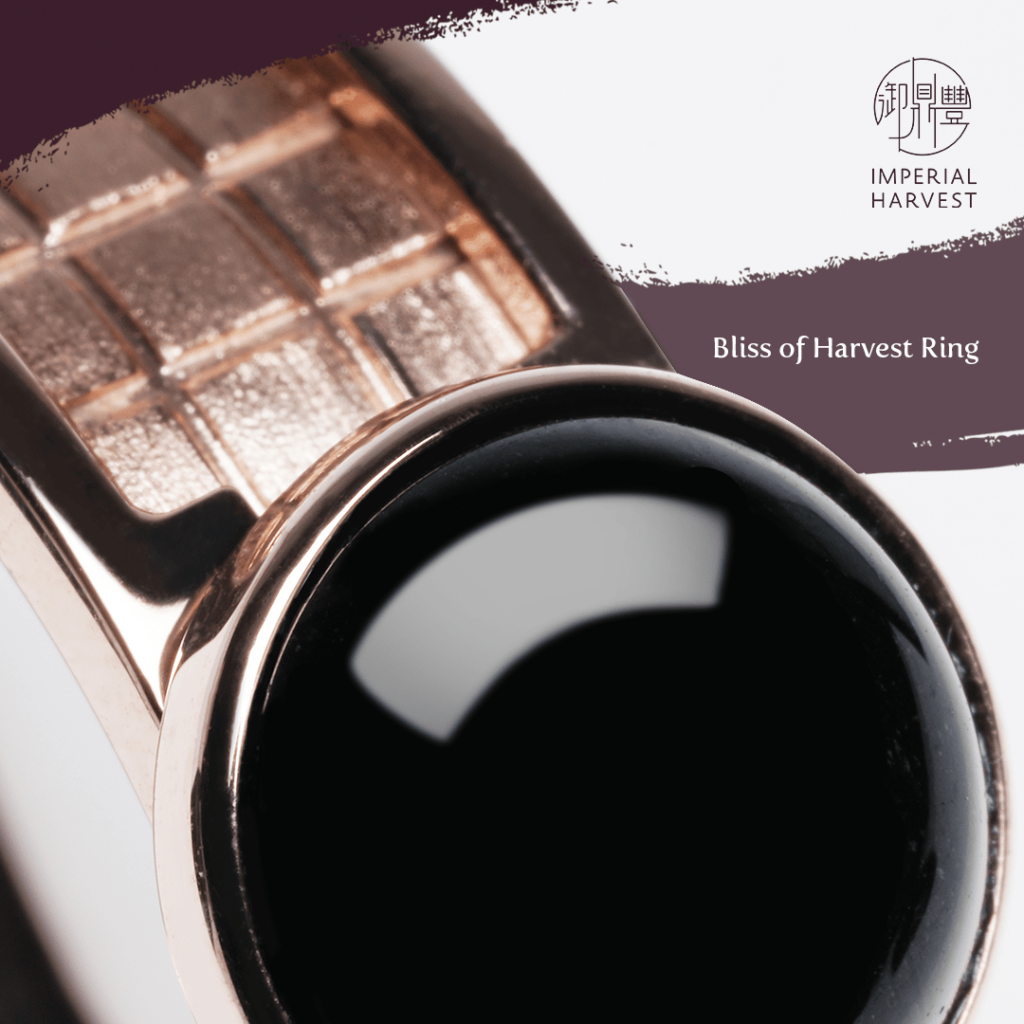 Master David thoughtfully celebrates the significance of century-old Summer Solstice traditions and histories by presenting his newly designed Bliss of Harvest Rings. Inspired by the complex and unique architecture of the Temple of Earth, the Bliss of Harvest Rings are exquisite works of wearable art. With great reverence towards the Temple of Earth, they are designed to encourage wealth, abundance and success.

Join us in commemorating this season of growth, prosperity and joy!