Ushering in Wealth with the Imperial Harvest Crystal Collection 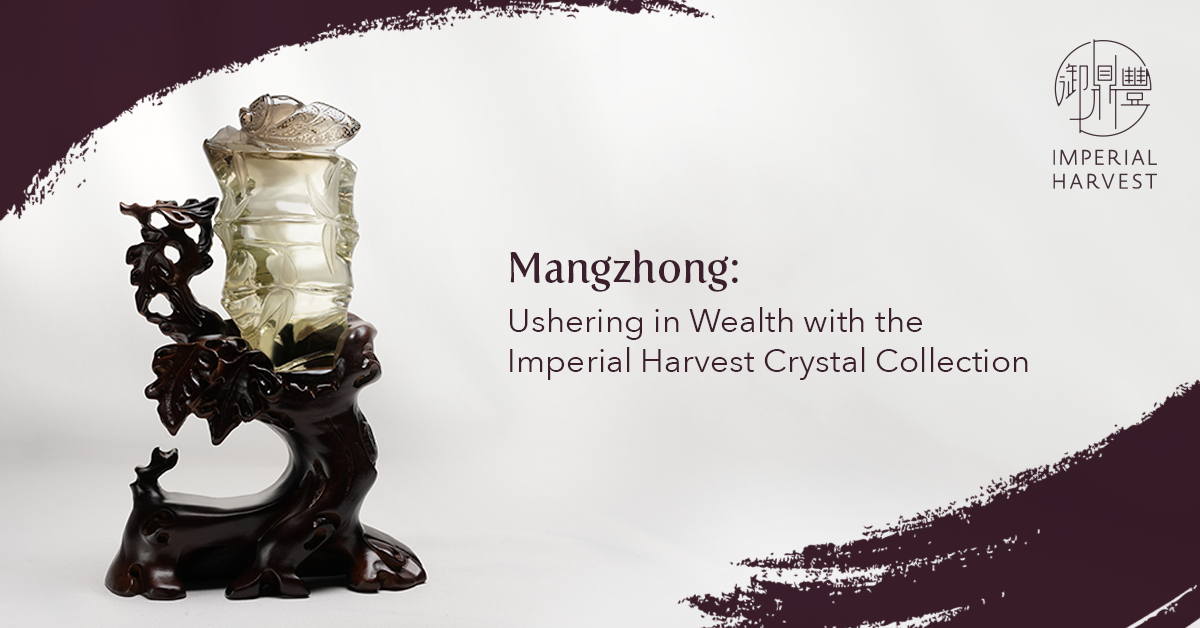 Prior to the Summer Solstice’s grandiose celebrations, the auspicious season of Mangzhong begins. This year, Mangzhong spans from 5 to 21 June.

In ancient China, farmers sowed their seeds for the upcoming harvest during Mangzhong. This practice was in accordance with Mangzhong’s rainy climate. Linked by a belt of weather swinging over the Yangtze River (扬子江) middle and lower reaches, the monsoon season was especially crucial for farmers. Perfect for the growth and blossoming of young crops, the rains were integral to successful harvests.

Naturally, Mangzhong became an important period for ancient Chinese civilisations. Farmers viewed it as the season of diligence, tenacity and prosperity. It was widely believed that rigorous efforts during Mangzhong would be rewarded with bountiful harvests during autumn harvests. In fact, Mangzhong (芒种, literally translated into “Grain in Ear”) was and still is frequently punned into Mangzhong (忙种, literally translated into “busy planting”) by Chinese farmers. 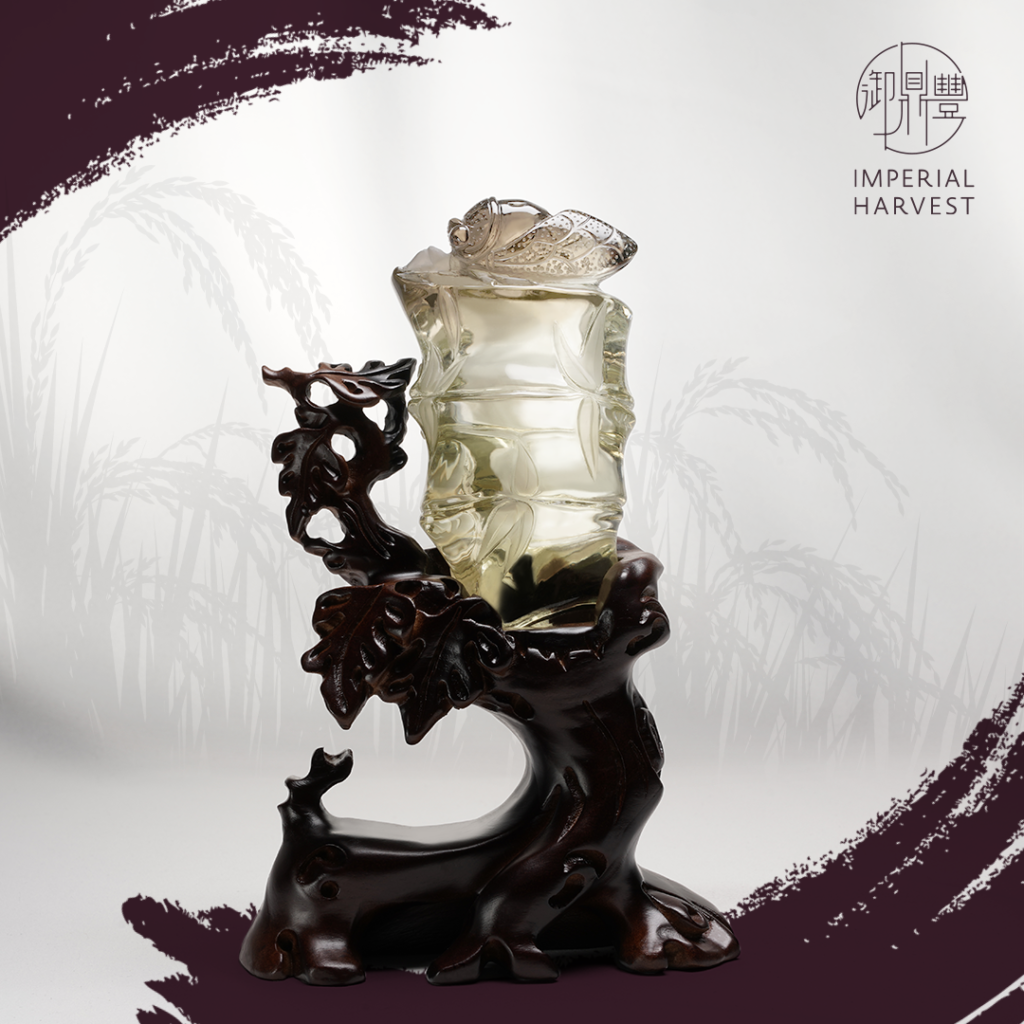 Installing the Imperial Harvest crystal in the auspicious water star position will empower you with opportunities, benefactors and intuition to achieve breakthrough results in your career, business, sales and investment.

Designed personally by Master David and hand carved from single blocks of internally flawless crystals, the Imperial Harvest Crystal Collection exhibits the finest clarity, vivid colour and expert craftsmanship. They embody the traditions of Imperial Feng Shui where only the rarest and finest crystals are used to activate the water star in your home, office, hotel or shop.

Mangzhong’s intimate connection with rain renders it an ideal season for acquiring Imperial Harvest Crystals to activate the auspicious water star. Playing a vital role in adjusting and enhancing the Qi (气) of one’s surroundings, Imperial Harvest crystals, blessed on an auspicious date and time by Master David himself, empower their owners to thrive with multiple growing streams of income. This further coincides with Mangzhong’s prominence as a season of growth, anticipation and prosperity. 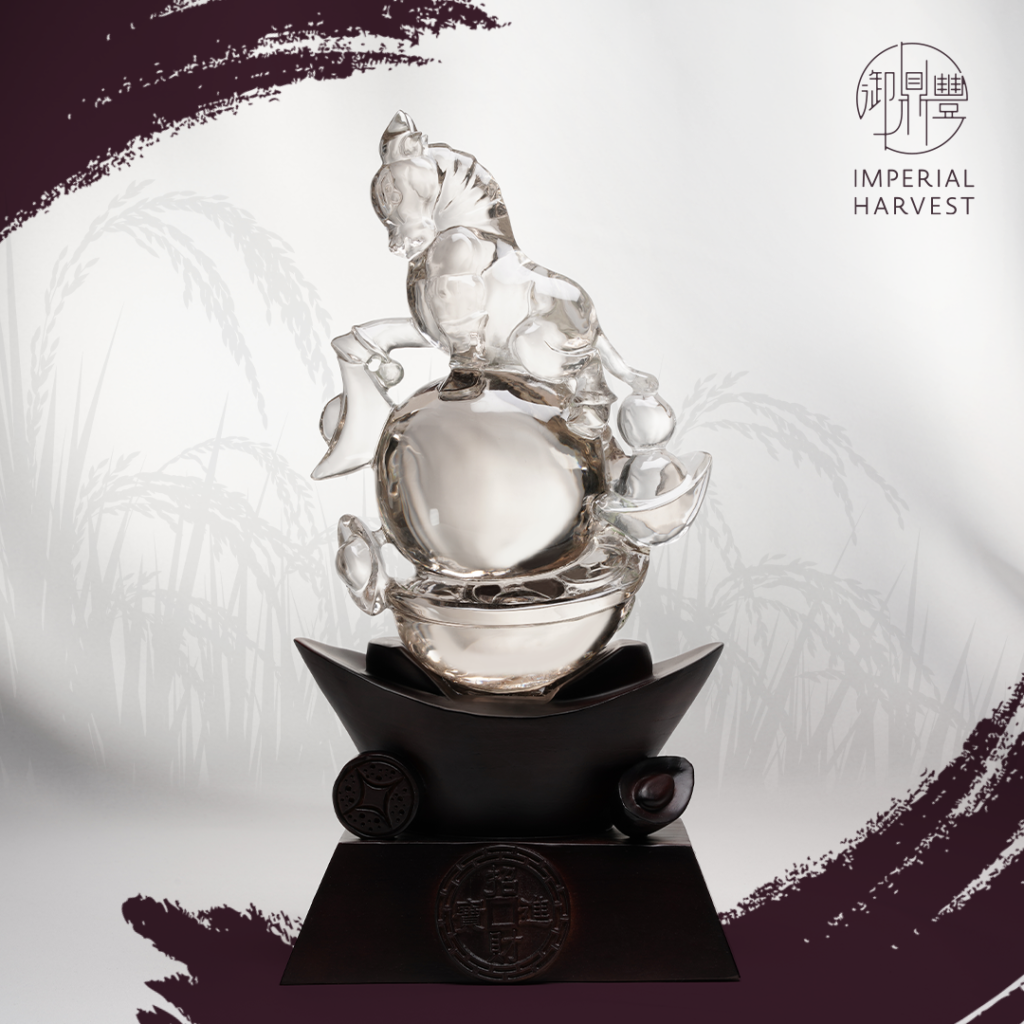 In ancient China, far before the days of automated agricultural technology, farmers relied heavily on oxen to plough land before sowing season during Mangzhong. A symbol of confidence, power and determination, the ox was respected in Chinese dynastic culture for its integral role in the agricultural industry. Treasured farm animals, oxen were prized highly and cared for tenderly by their owners. 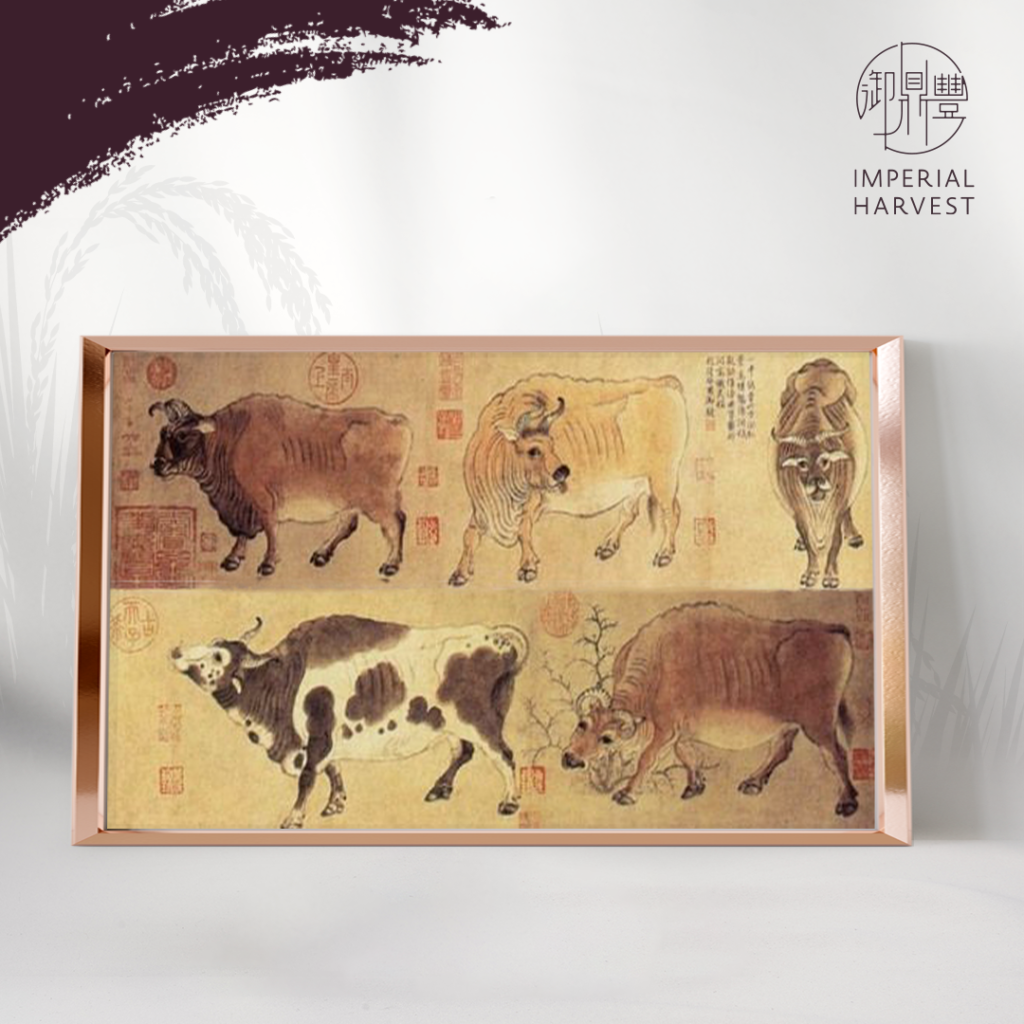 In fact, one of China’s most distinguished paintings is the “Five Oxen” by Han Huang from the Tang Dynasty. Meticulously preserved in the Beijing Palace Museum today, the skilfully executed painting exhibits the Chinese’s utmost reverence for the ox. While China’s economy is no longer grounded in agriculture, the Chinese’s admiration of the ox and the values it stands for remain strong. 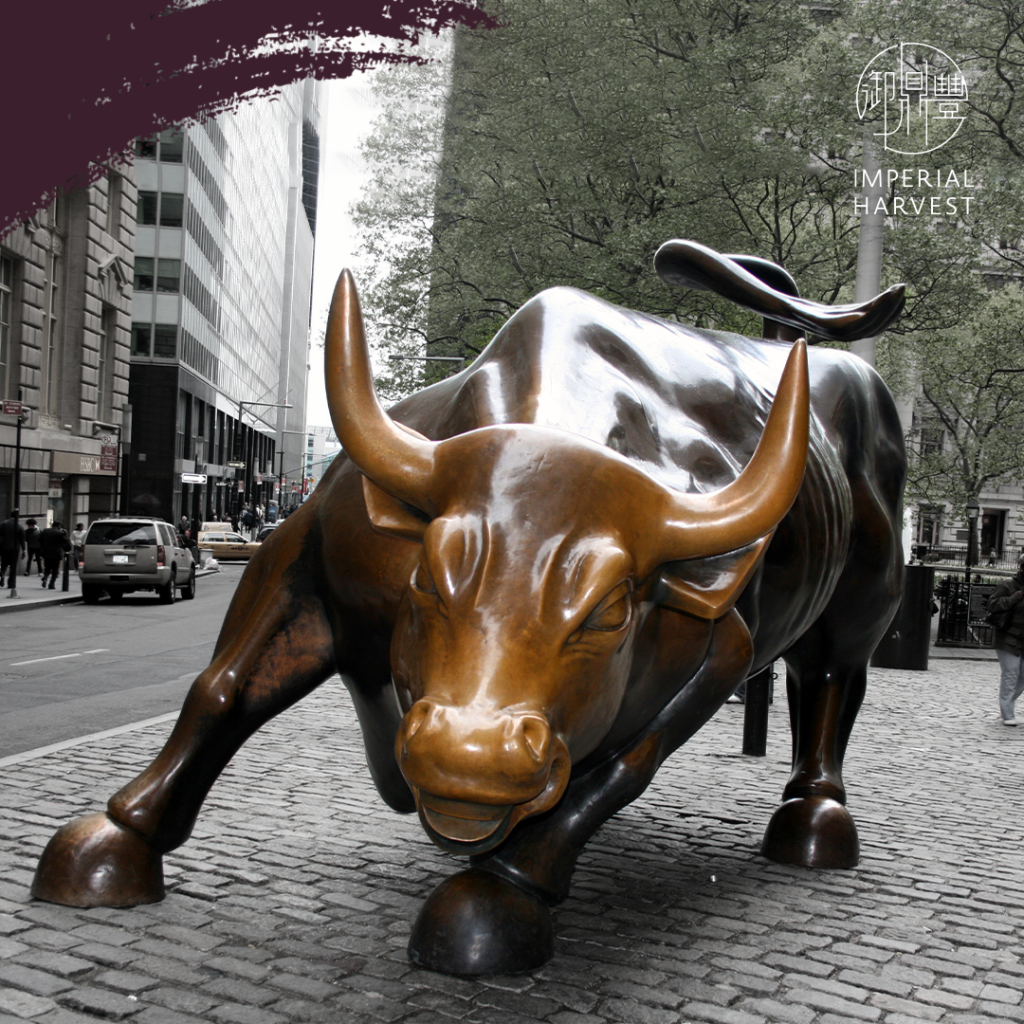 Today, symbols of the ox as an embodiment of strength and motivation remain widespread. On top of being rooted heavily in Chinese culture, the symbol of the charging bull also features prominently on Wall Street. A Bronze sculpture standing on Broadway, it is a symbol of unyielding financial optimism.

Naturally, following its iconic status on Wall Street, home to the world’s two largest stock exchanges, the symbol of the ox has also found its place in the world of finance, trade and investment. Bull markets, in line with how oxen are positive symbols of growth, are welcome indicators of a strong economy. 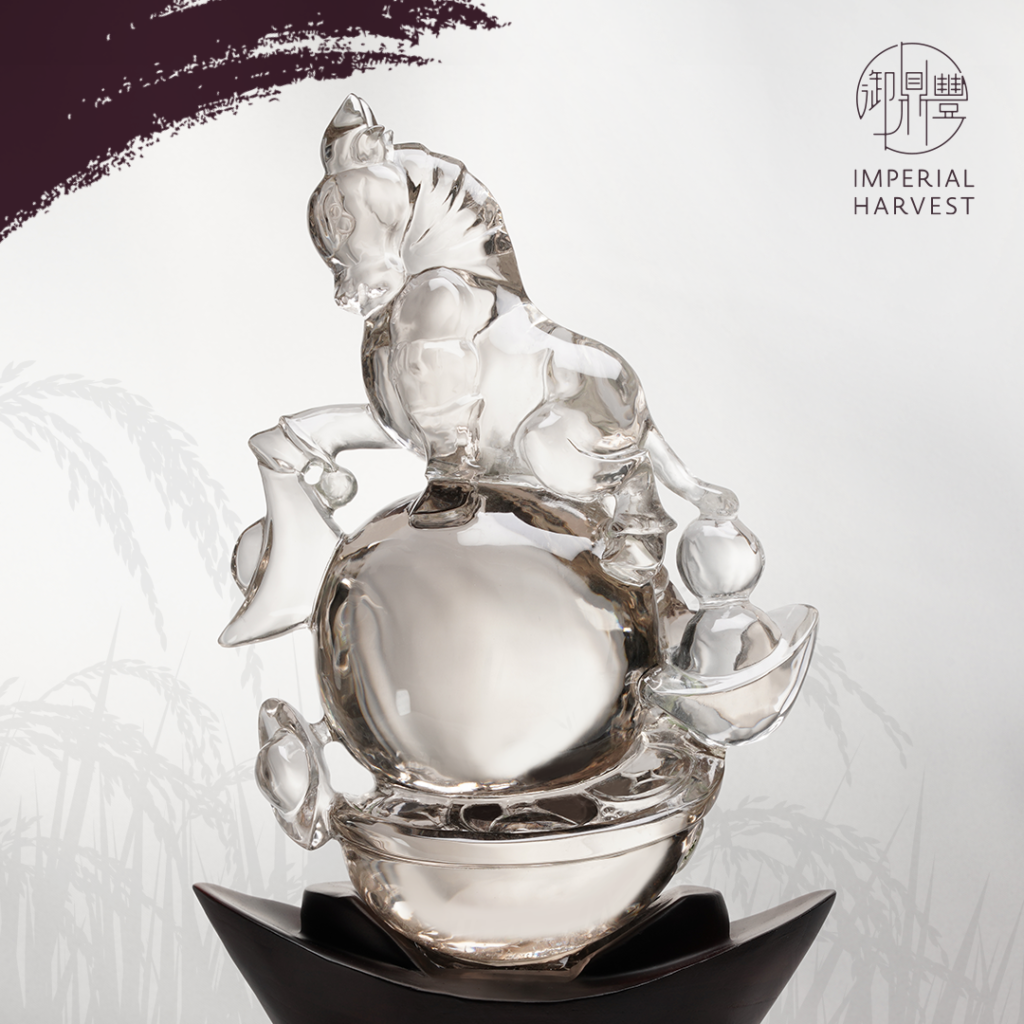 The Imperial Harvest Ox Crystal, inspired by the ox as a positive embodiment of continuous growth, breakthroughs and prosperity, is designed to usher wealth into its owner’s home. Symbolising auspiciousness, abundance and achievement, it encourages immense growth during Mangzhong, a season of new beginnings.

Under the dual influence of intense heat and monsoon rains during summer, bamboos thrive. Embodying the spirit of continuous growth, evergreen prosperity and consecutive successes, the bamboo is a symbol of immense wealth, luck and perfection. 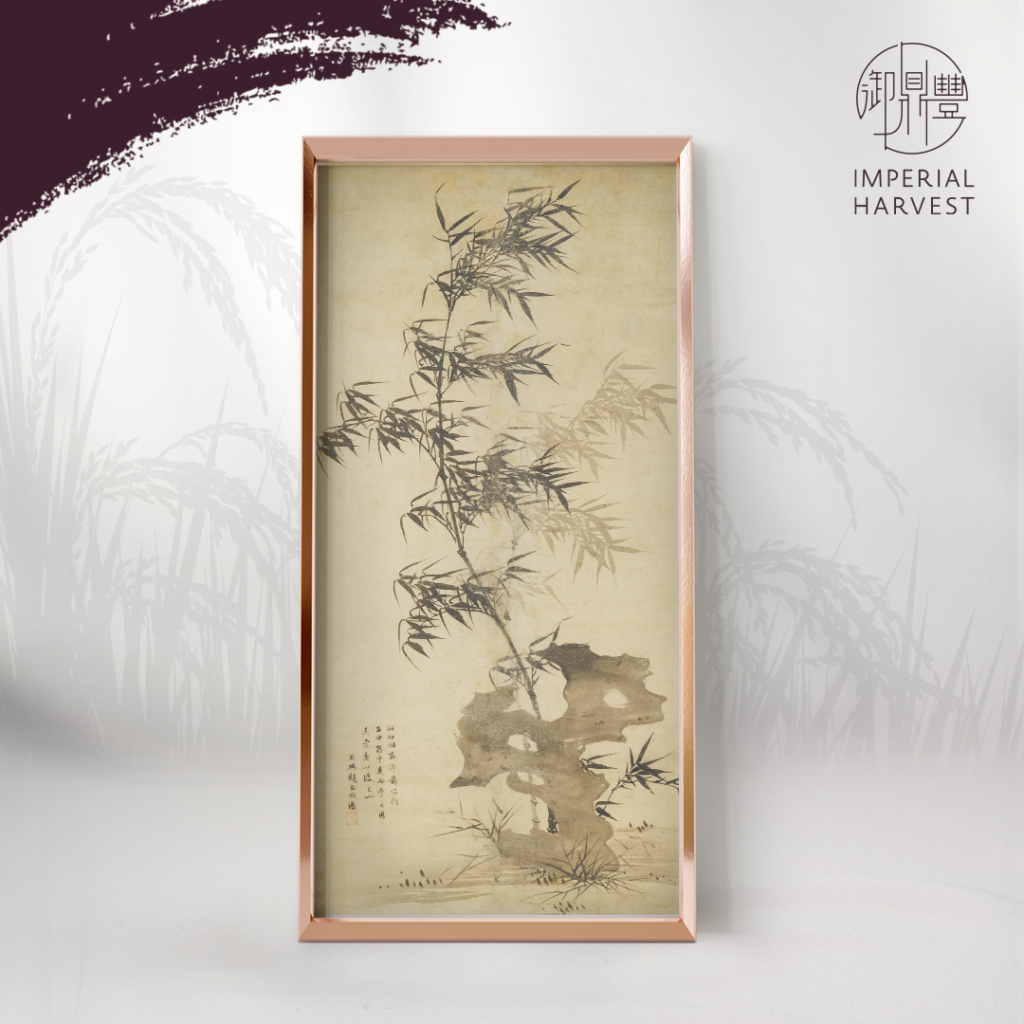 In China, the tradition of bamboo painting is widely respected. Guan Daosheng, a female poet, calligrapher and artist from a prestigious family in the Yuan Dynasty credited with being a prominent figure in the history of bamboo painting. Bestowed with the title of “Madam of the Wei Kingdom”, Guan was a talented and devoted artist who brought newfound grace and beauty to the portrayal of bamboo. Wed to the equally high-ranking Prince Zhao Mengfu, Guan is known for using light and graceful brush strokes with calligraphy ink to capture the elegance of bamboo. 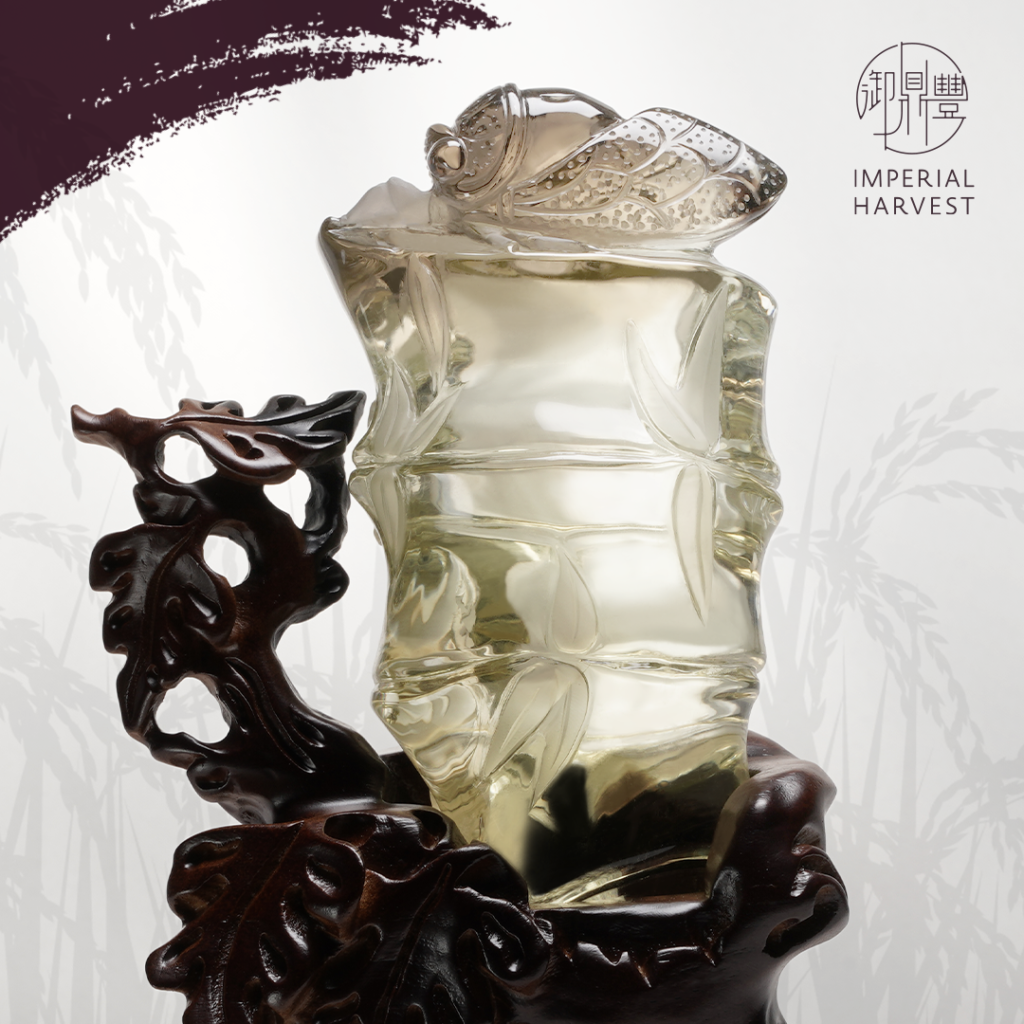 A tribute to the beauty and resilience of the bamboo, the Imperial Harvest Bamboo Crystal is a tasteful re-imagination of the bamboo painting tradition. Designed to inspire success, the luxurious crystal is an elegant silhouette of bamboo’s ladder-like structure. Resemblant of the corporate ladder many strive to ascend, it represents the steps leading to success and consecutive promotions in the modern world.

Blessed on an auspicious date and time by Master David Goh himself, the Imperial Harvest Bamboo Crystal aids its owners in achieving never-ending breakthroughs – at work, at school and at home. 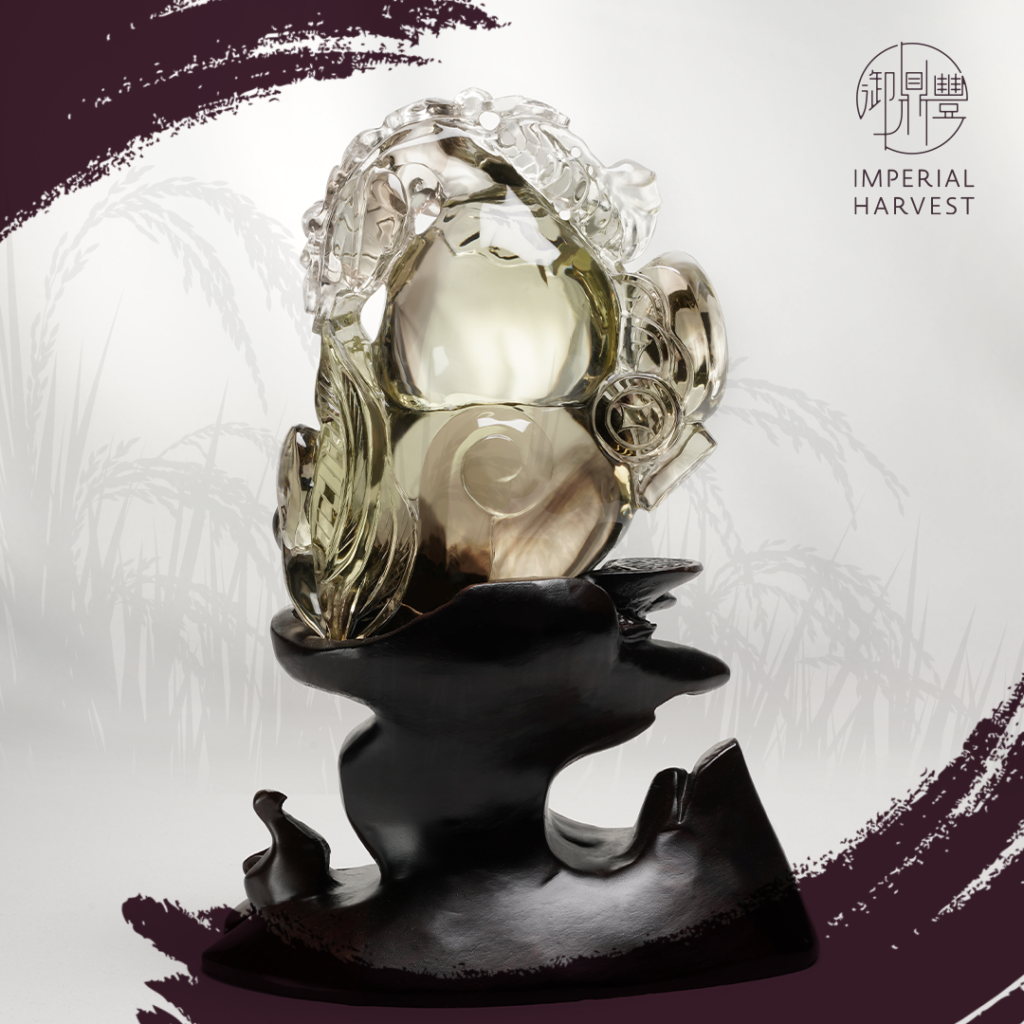 The hulu (葫芦), otherwise known as the Chinese gourd, is a symbol of auspiciousness, abundance and everlasting fortune. Its pronunciation in Chinese closely parallels that of 福禄 (fu lu), which means “happiness, prosperity and authorial power”. The hulu’s gourd vines are referred to as 蔓带 (wan dai), whose pronunciation is similar to 万代, meaning “ten thousand generations”. Together, 福禄万代 forms an auspicious saying suggesting “wealth, prosperity and fortune for ten thousand generations”.

Furthermore, the hulu’s shape is often said to resemble the unification of the Heavens and Earth. With the top of the gourd respected as a symbol of Heaven and the bottom, a symbol of Earth, the hulu is emblematic of wholeness, completion and harmony. Embraced by humans, the hulu represents synchrony between humanity, Earth and the Heavens. 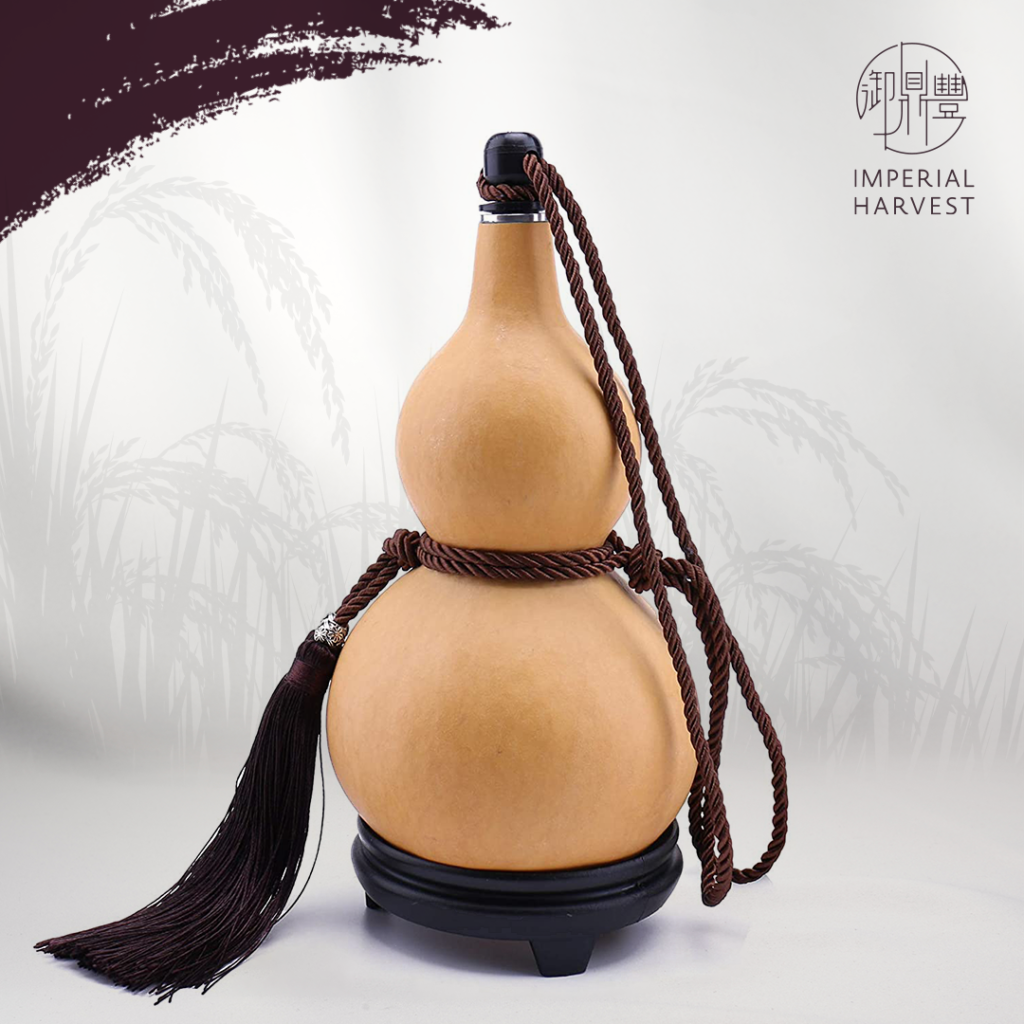 In traditional Chinese culture the hulu is further revered as a symbol of good health, longevity, harmony, wealth and continuous growth. It is known to protect its owners from bad omens while blessing them with success, elevation and fulfilment. A holder of precious things, the hulu is closely associated with infinite potential, exponential growth and breakthrough success. 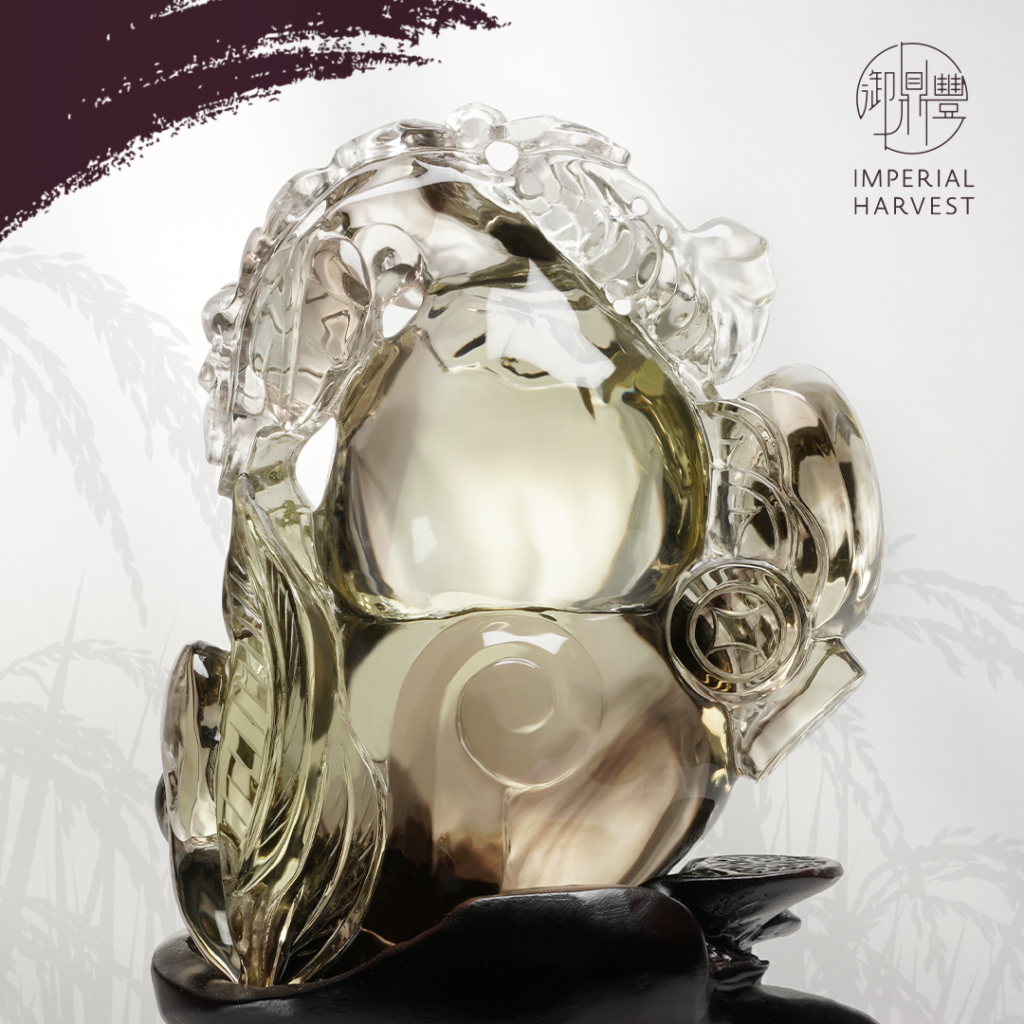