The wealth sectors or wealth corners are areas in our homes or offices that govern our wealth and benefactor support. When these sectors are activated correctly, it massively improves wealth flow and maximises the amount of money and assets we retain and accumulate.

We will also share the authentic Imperial Feng Shui solutions that were used to activate the wealth sectors in the palaces of the Qing dynasty. 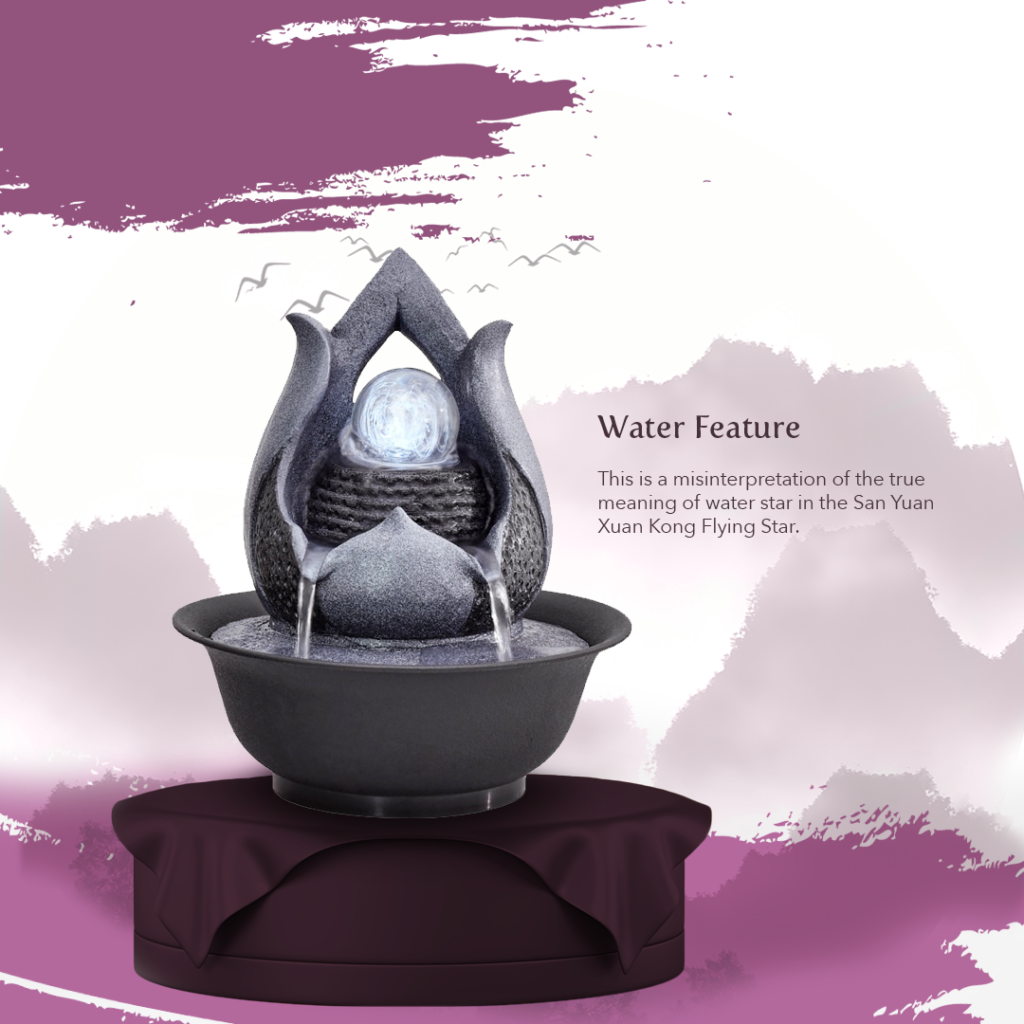 Water features or fountains are one of the most commonly known classical Feng Shui cures. It is based on the rationale that water represents wealth. Although water features/fountains are widely accessible and affordable, it is important to note that this modern invention is a misinterpretation of the true meaning of water star in the San Yuan Xuan Kong Flying Star.

There is a reason why no water features or water fountains were found in Emperor’s study room or Imperial Courts.

There is a reason why only Imperial Feng Shui treasures like Imperial White Inkstone, Qian Long Jadeite Mountains and Imperial Harvest-grade crystals were displayed in Imperial Courts and the Emperor’s study room. 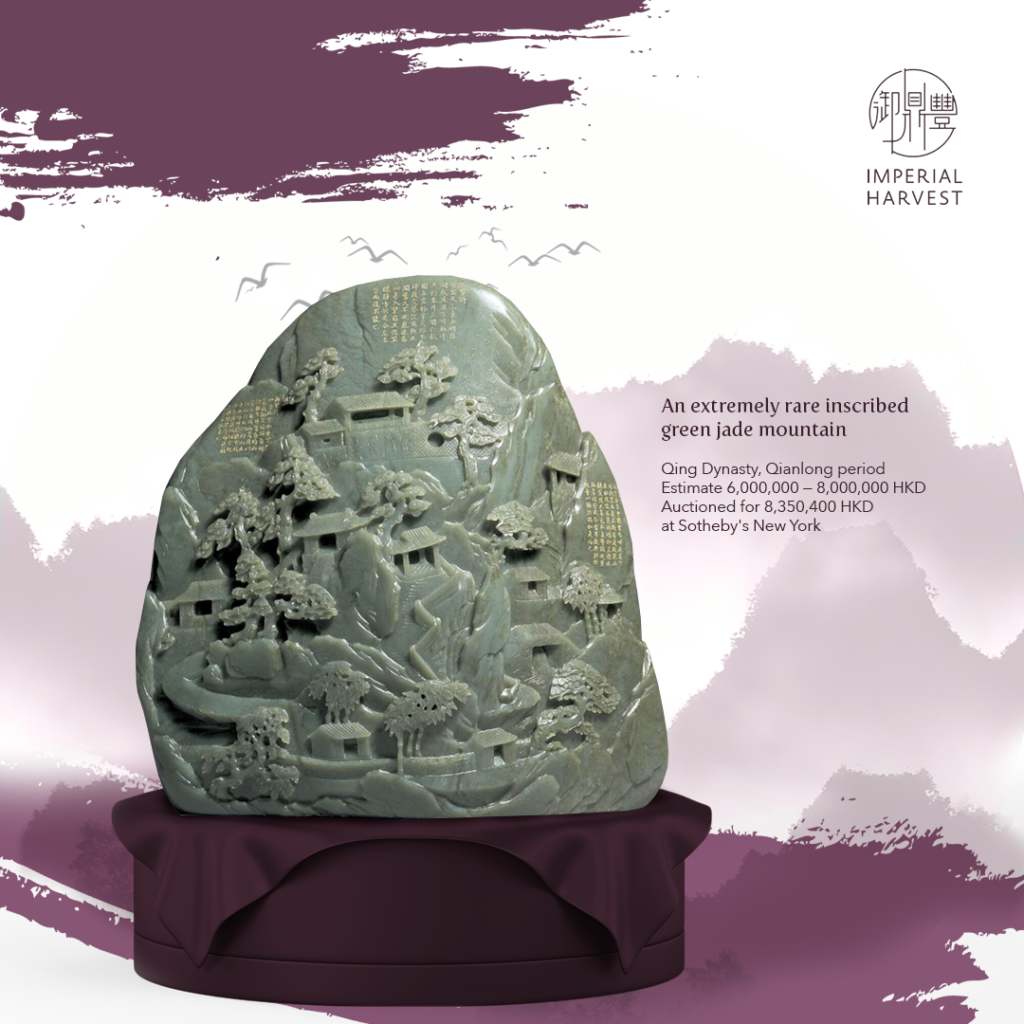 Auctioned off at HKD 8.35 million 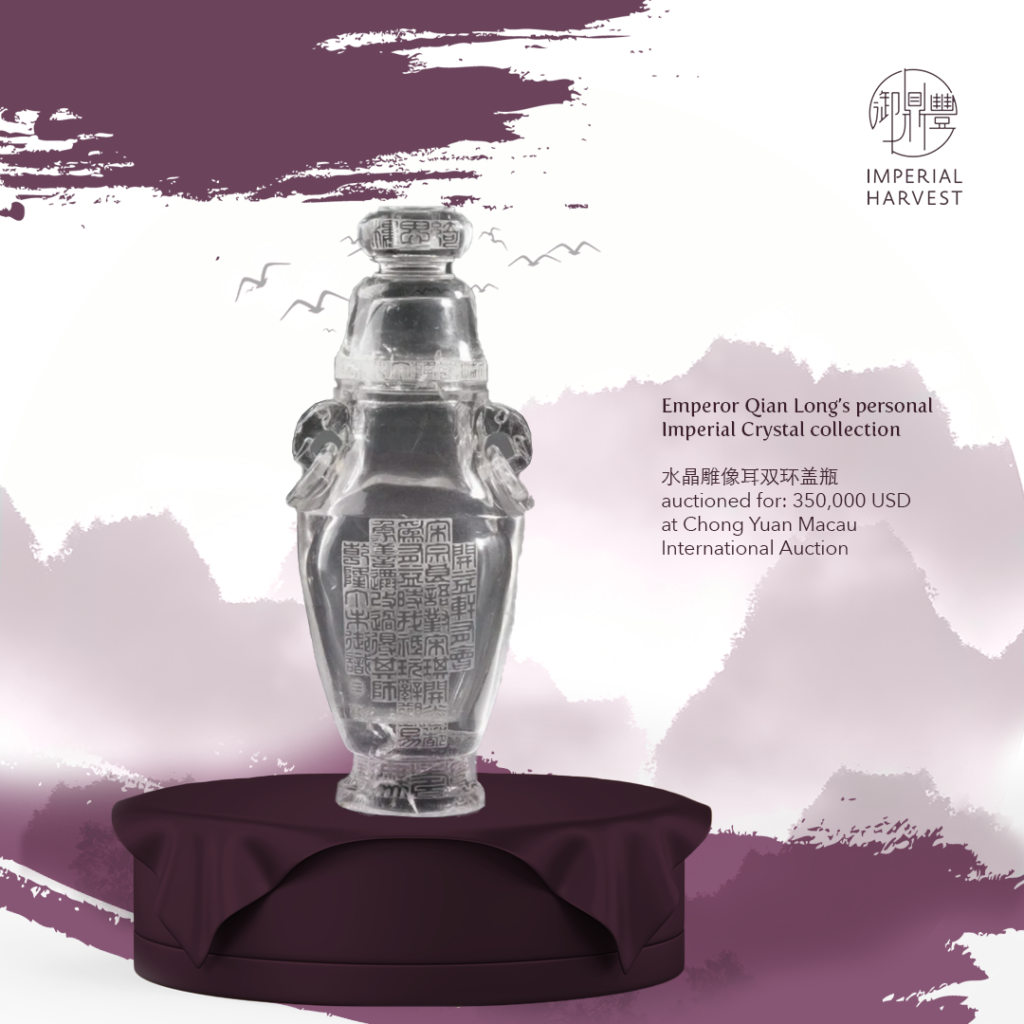 Auctioned off at USD 350,000 at Chong Yuan Macau International Auction 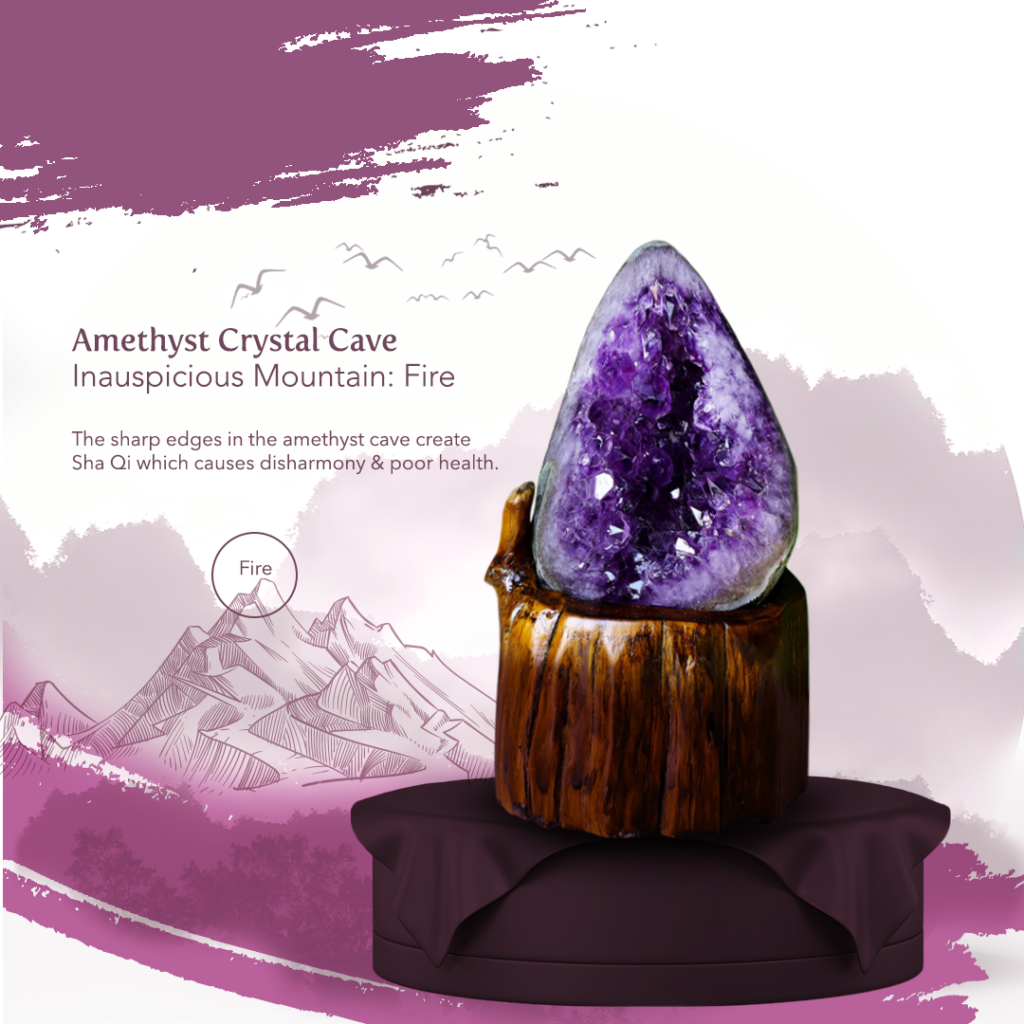 The amethyst crystal cave is another readily available solution used in Classical Feng Shui to activate the wealth sectors. It is noteworthy that the Amethyst Crystal Cave is considered as the fire mountain structure in the study of Imperial Landforms.

Fire mountain structures are considered inauspicious and can cause lawsuits, destruction of wealth and even disharmony at home. The sharp edges in the amethyst cave create Sha Qi which causes disharmony & poor health.

The Qian Long jadeite mountains are modelled after the auspicious Metal, Wood and Earth elemental mountains. They are the only authentic way to activate the auspicious mountain star (山管人丁) which governs benefactor and mentor support. 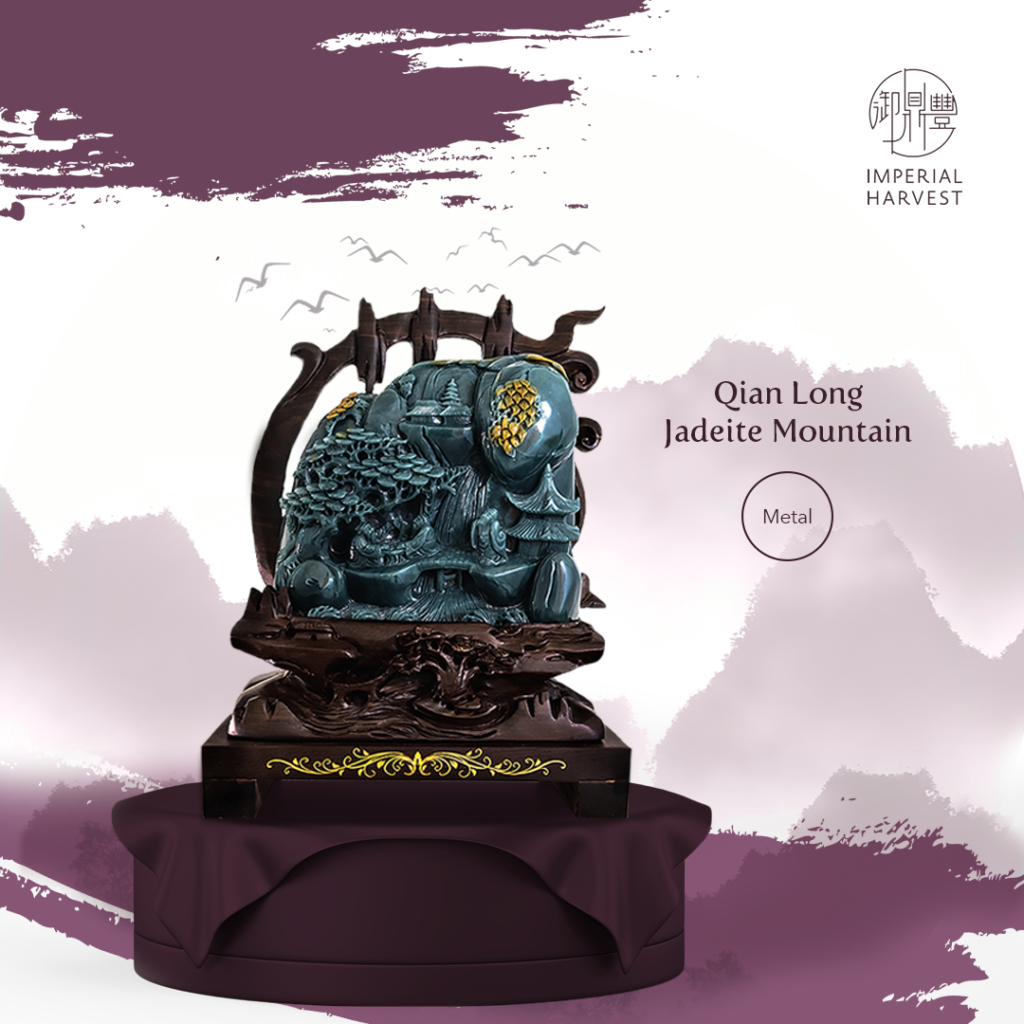 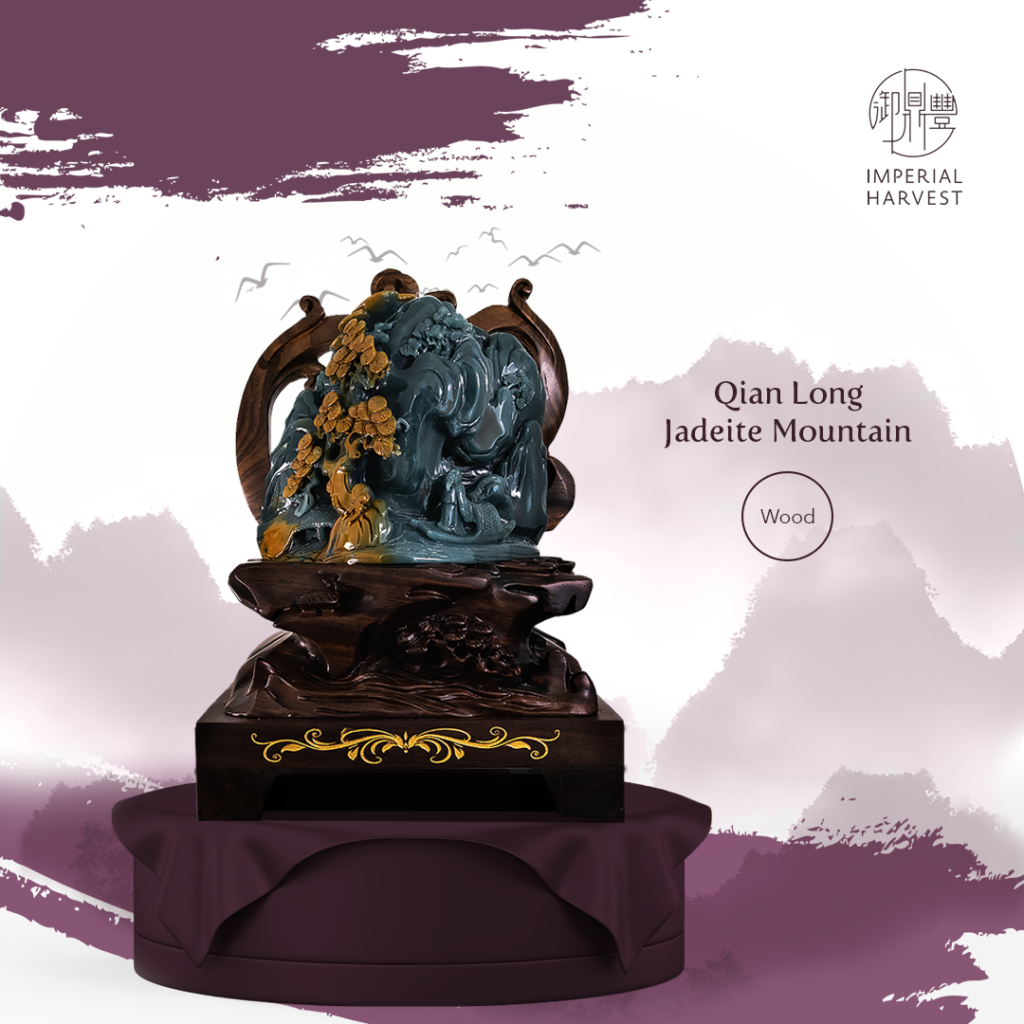 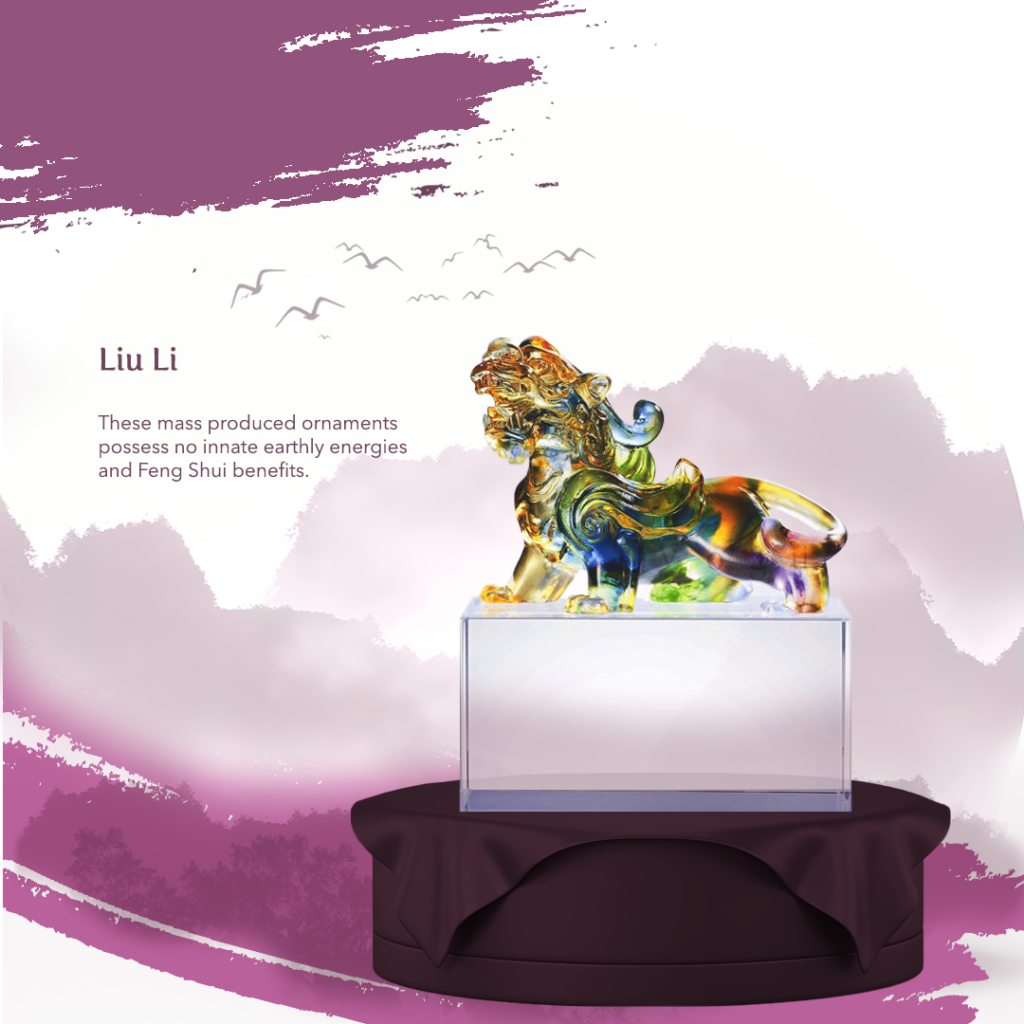 Liu Li is used in Classical Feng Shui to activate the wealth sectors. The vibrant colours are created with industrial chemicals and these mass produced ornaments possess no earthly energies and zero Feng Shui benefits.

In the authentic practice of Imperial Feng Shui, only naturally occurring Imperial Harvest-grade crystals are used to activate the auspicious water star which governs wealth and prosperity (水管财).

Less than 1% of the world’s natural crystals are qualified to be of Imperial Harvest-grade. 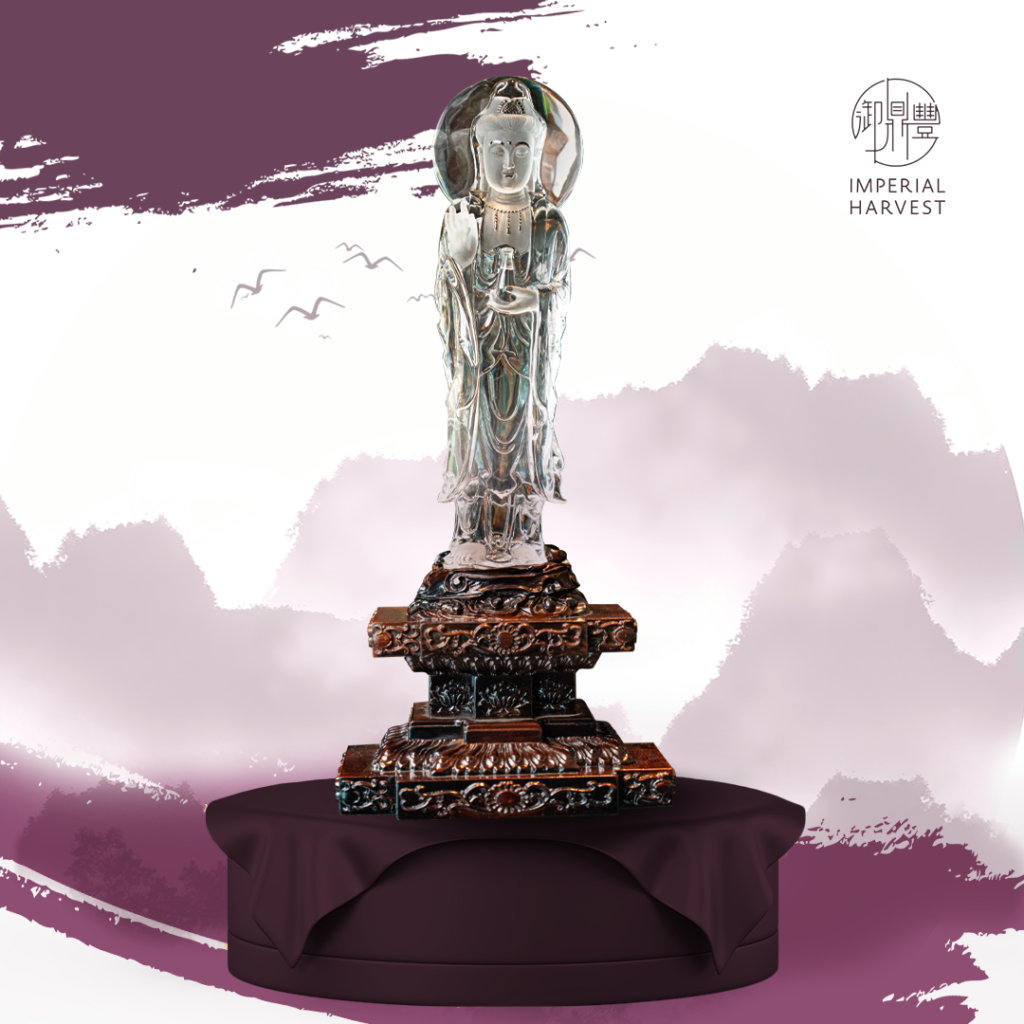 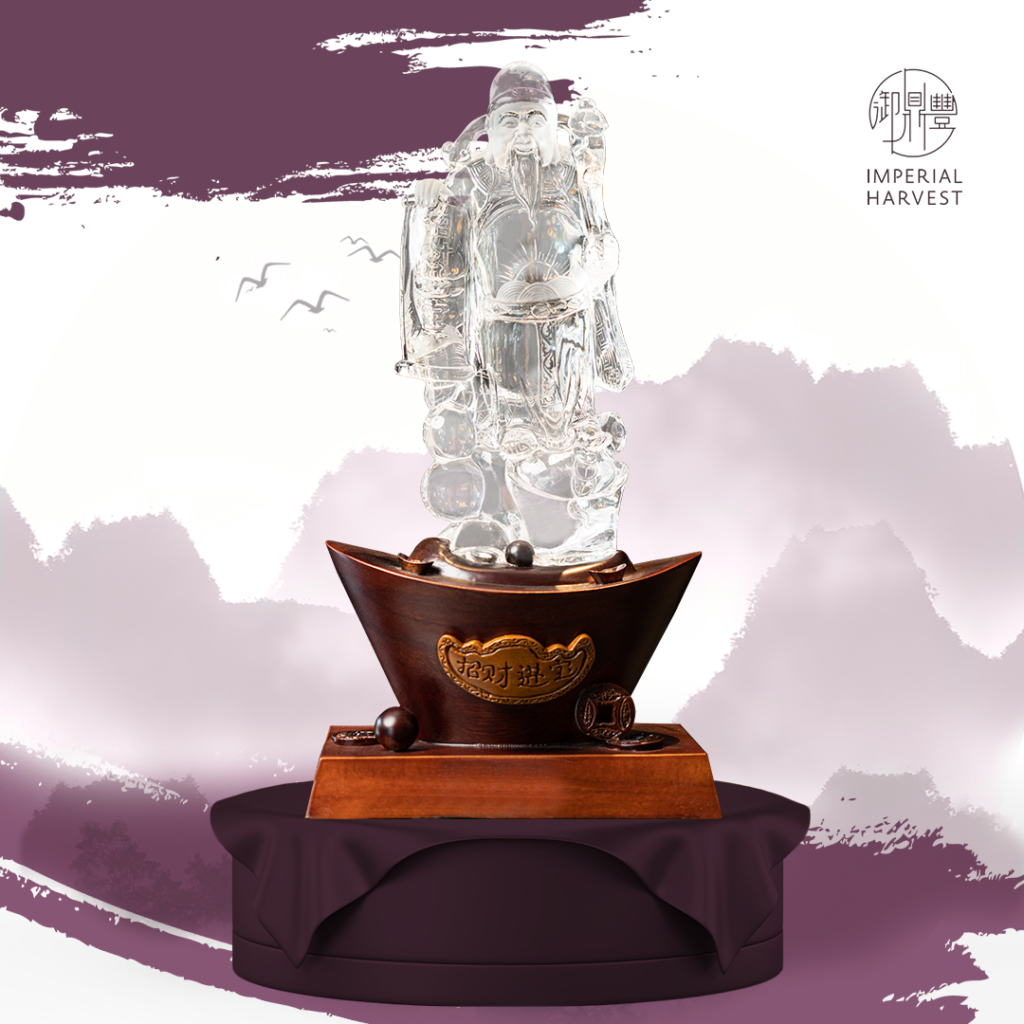 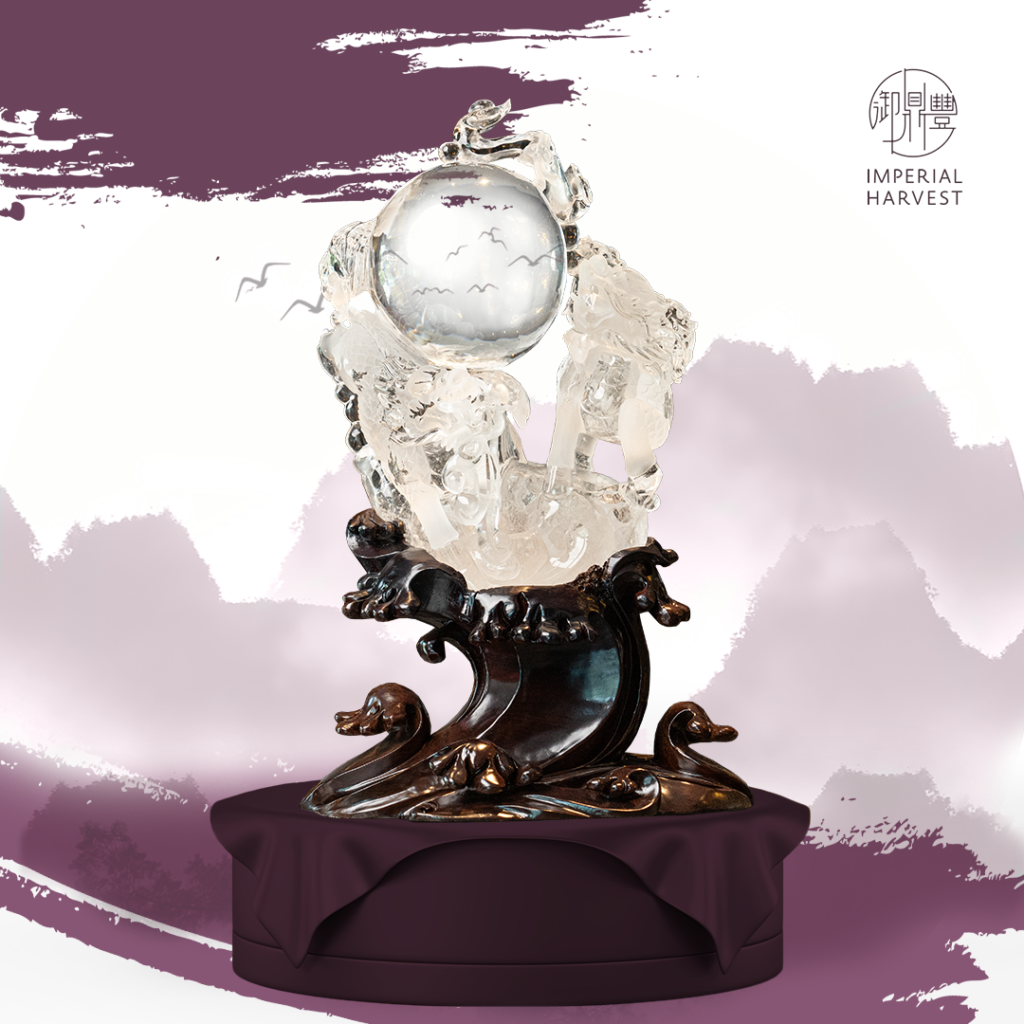 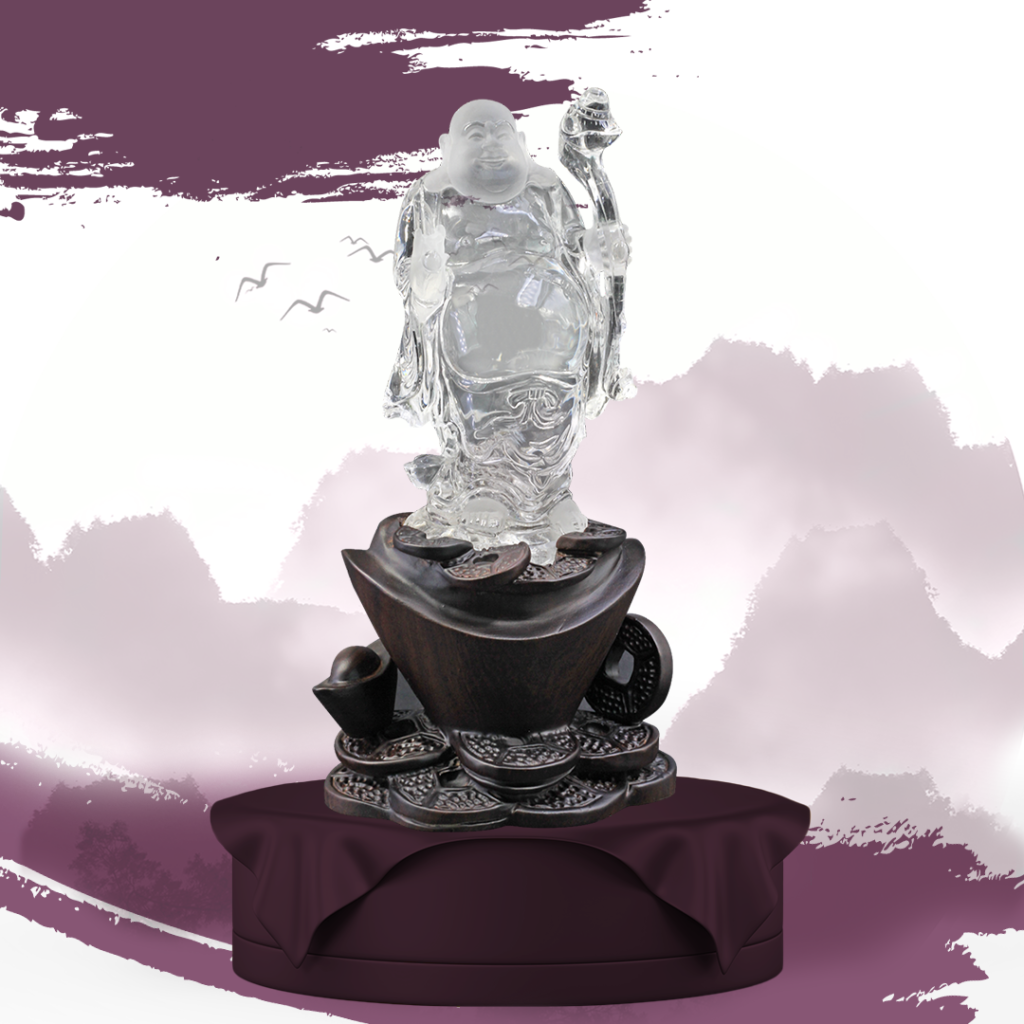 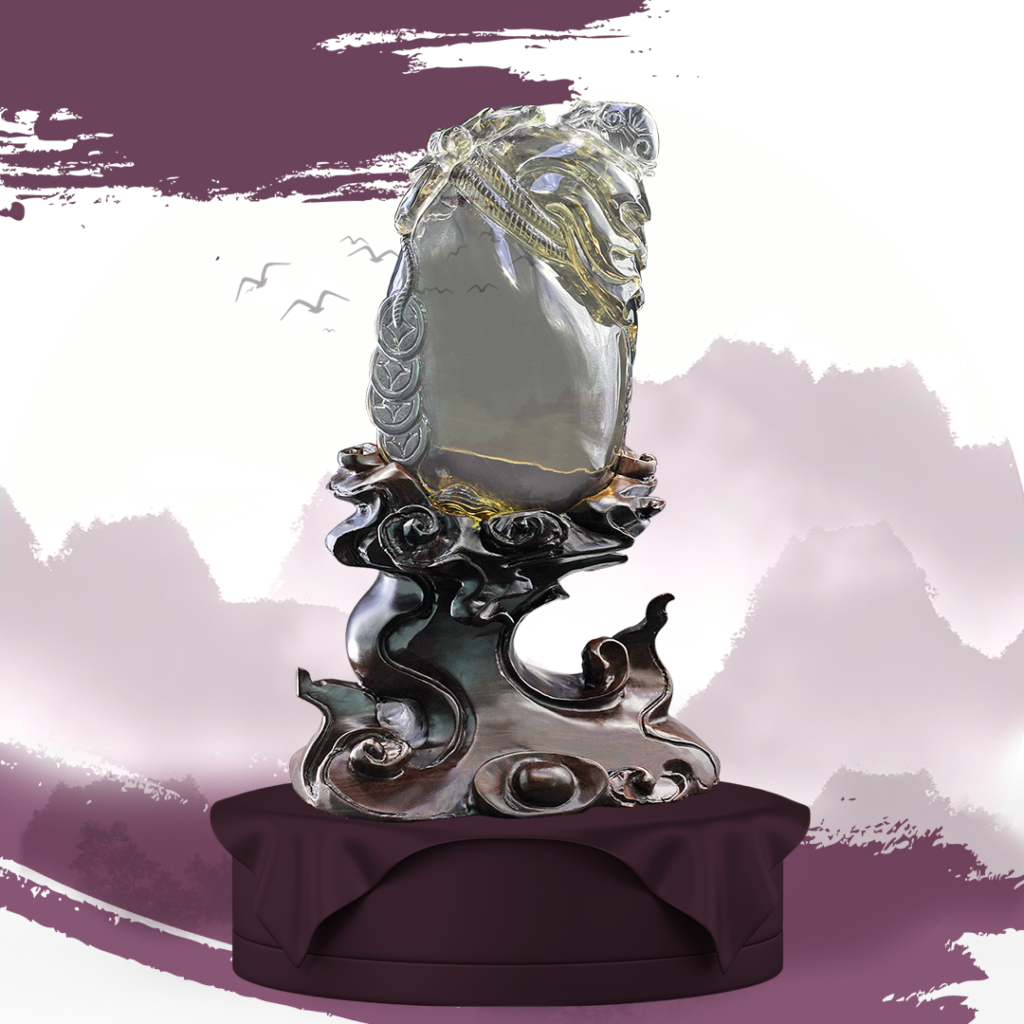