As summer is well underway across large swathes of the northern hemisphere, the outpouring of sunshine and higher temperatures make for a welcome respite from the winter chill, especially so for agricultural communities around the world. According to Imperial Feng Shui principles, the universal forces of Yin and Yang are further divided into the Four Phenomena, which are associated with different spheres of life. In Imperial Feng Shui, summer represents the Major Yang, which governs an individual’s direct wealth capacity (正财库).

In Imperial Feng Shui studies, each property encompasses five important sectors. The proper activation of such sectors promotes the flow of energy within each property, enhancing its occupants’ welfare, prosperity and prospects to achieve successes and breakthroughs in their careers, businesses and investment ventures.

These five sectors are: 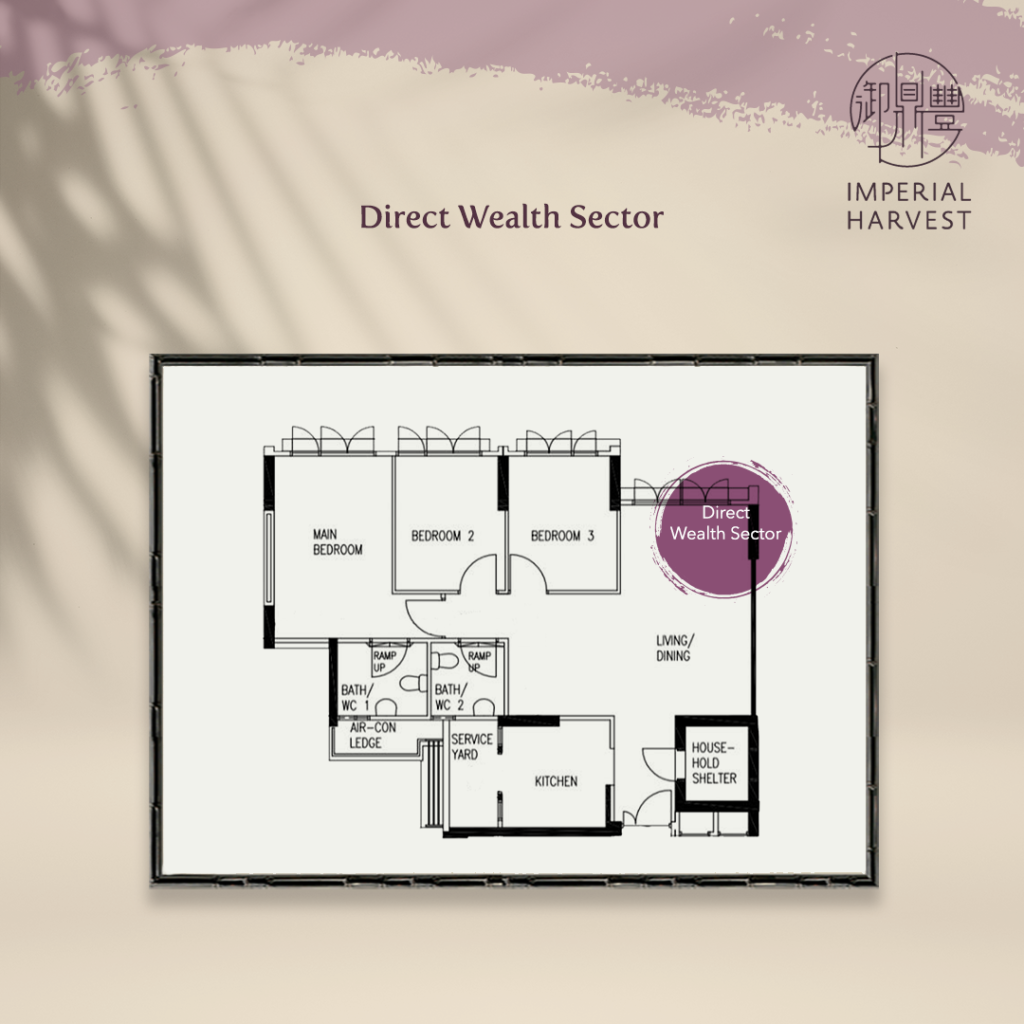 During the Qing Dynasty, Emperor Qian Long’s team of esteemed Imperial Feng Shui masters had uncovered the major role that Imperial Harvest-grade Agarwood played in maintaining an optimal balance of Major Yang, and its abilities to supercharge an individual’s direct wealth capacity. With its close ties to the Major Yang, the summer season marks the most opportune time to harness Imperial Harvest-grade Agarwood’s inherent Imperial Feng Shui prowess. 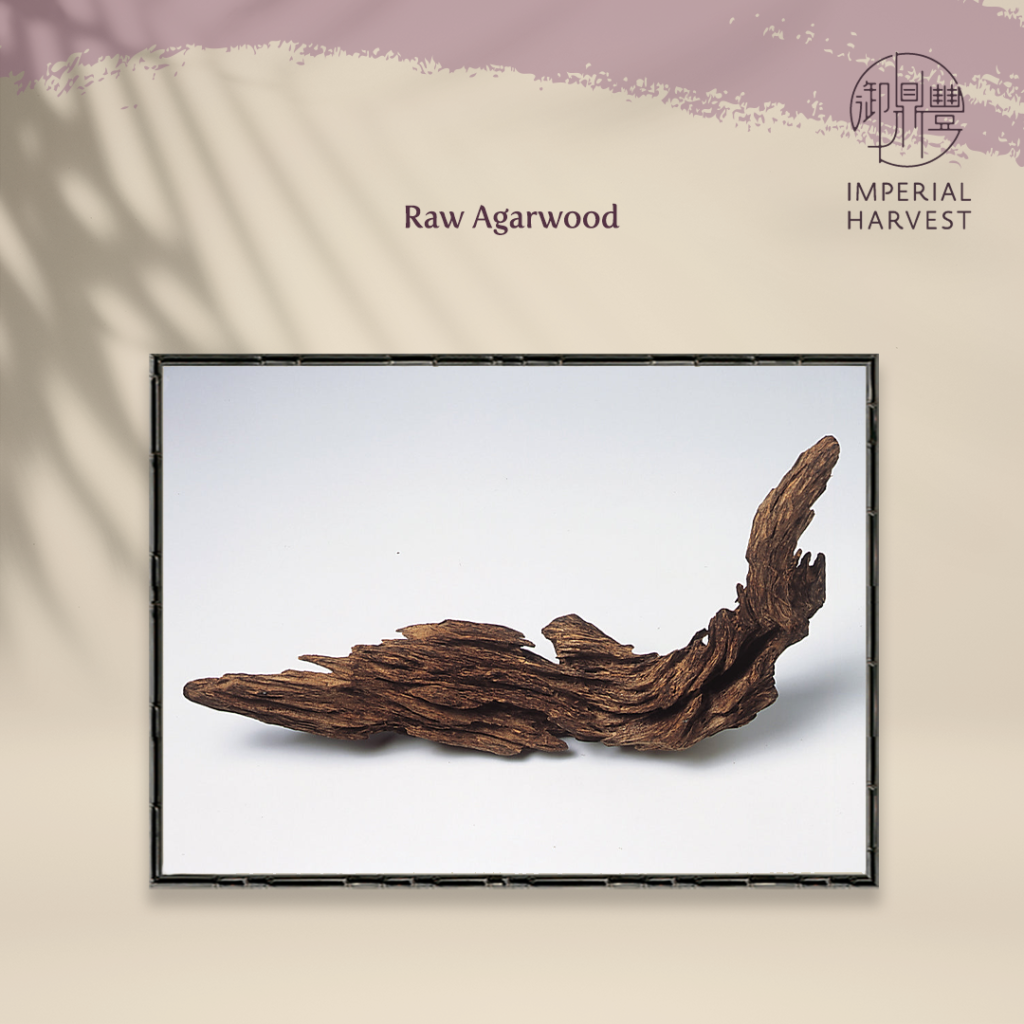 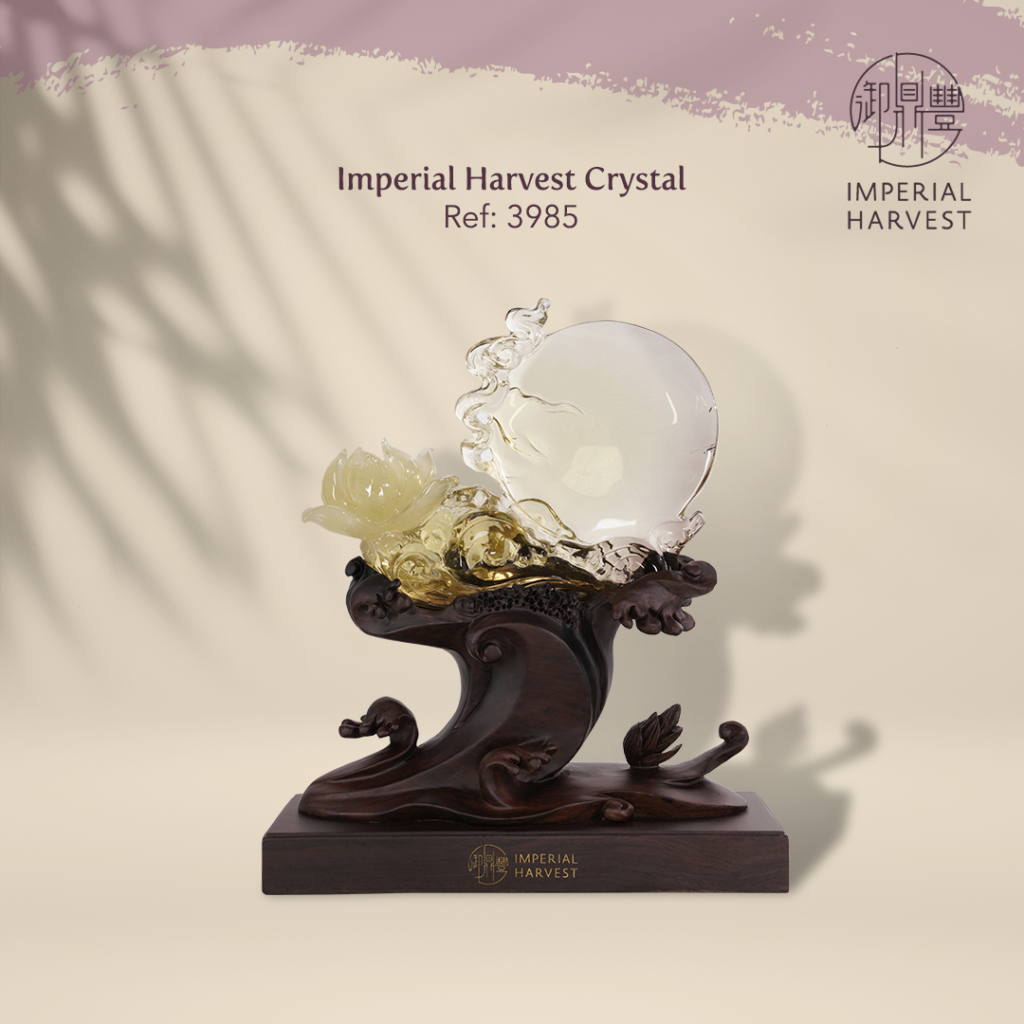 Wealth capacity refers to the amount of wealth that an individual is able to accumulate in their lifetime. Proper analysis of an individual’s wealth capacity can aid in determining their financial limitations, as well as the personal income derived from financial opportunities that present themselves.

Individuals that have activated direct wealth sectors are able to encounter many different opportunities in their life but may find that these opportunities are not expansive. A limited wealth capacity brings adverse implications, such as experiencing fluctuations in career and business performances, missing out on major opportunities and limited benefactor support. Maximising the direct wealth sector is, therefore, paramount in achieving your greatest goals and aspirations.

The intricacy and level of detail achieved in each Imperial Harvest Agarwood Guan Yin Sculpture are a testament to the multi-generational lineage of artisanal carving expertise boasted by Imperial Harvest’s team of master artisans.

As one of the most influential and widely beloved deities in the Buddhist pantheon, Guan Yin holds immense cultural and religious significance in Chinese culture. Across Southeast Asia, she is the most renowned manifestation of the Goddess of Mercy, the spiritual embodiment of grace, mercy and compassion.

Meticulously rendering the most intricate details in varying degrees of relief on the surface of Imperial Harvest-grade Agarwood, breathing life into these contemporary depictions of Guan Yin. Their immaculate craftsmanship conveys her benevolence and blessings to the destined owners of these exquisite Imperial Feng Shui treasures.

The melding of these highly auspicious emblems of prosperity, along with Imperial Harvest-grade Agarwood’s direct wealth-enhancing properties forms the pinnacle of Imperial Feng Shui tradition, staying true to Imperial Harvest’s time-honoured traditions, while deftly navigating between classic and contemporary aesthetics. 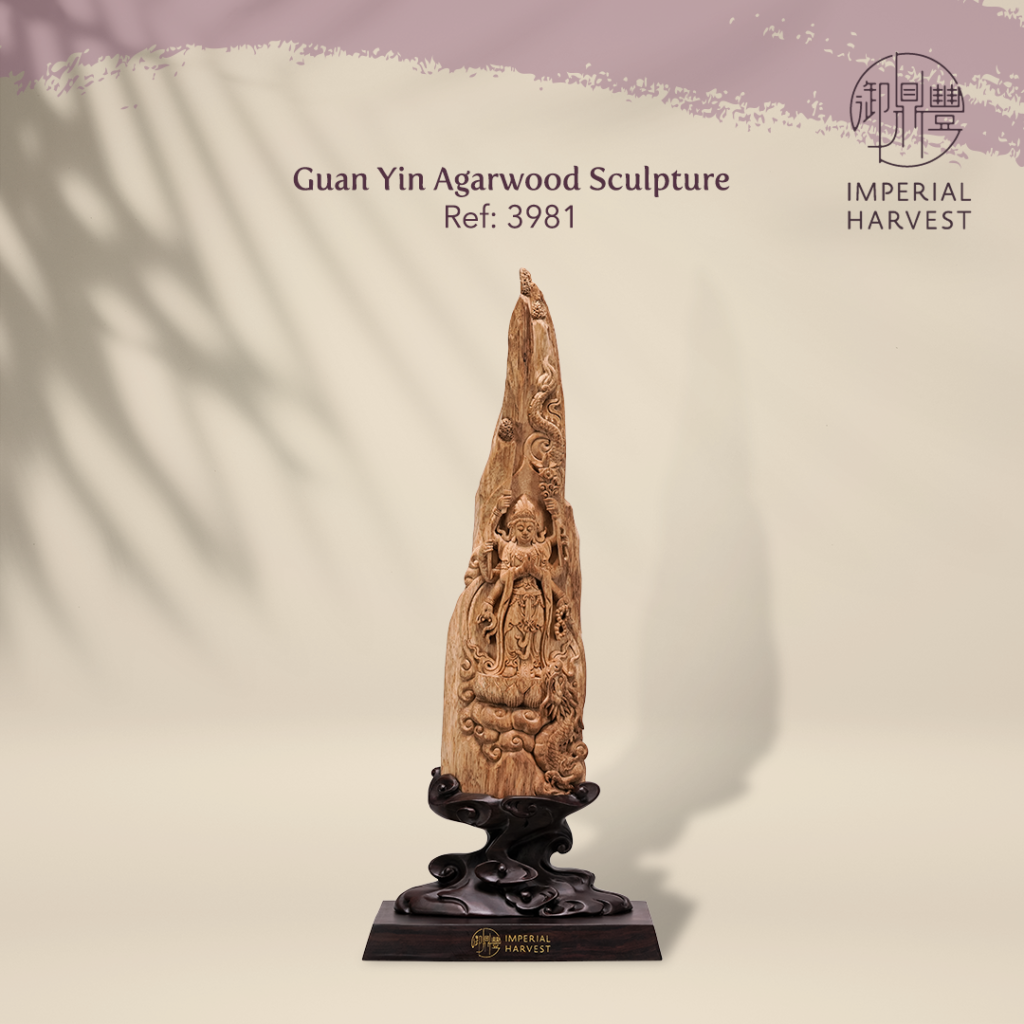 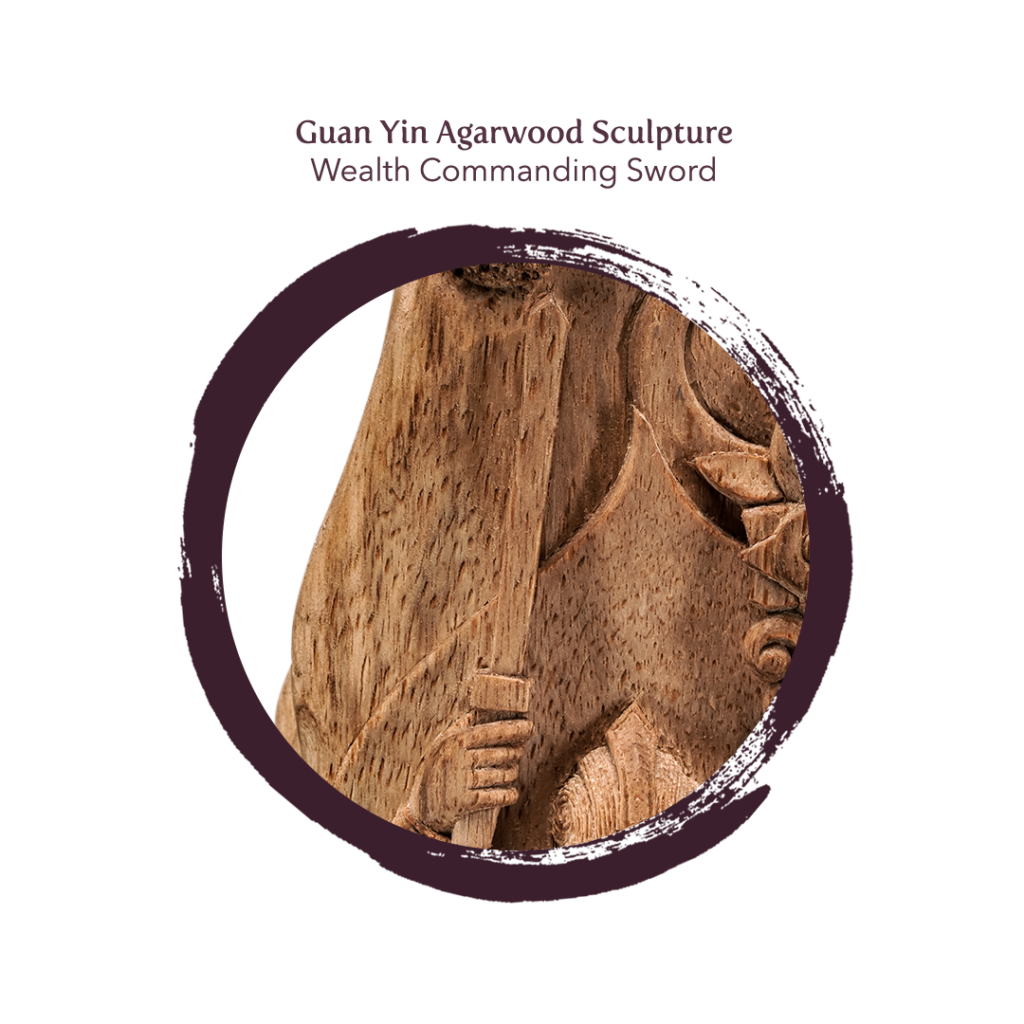 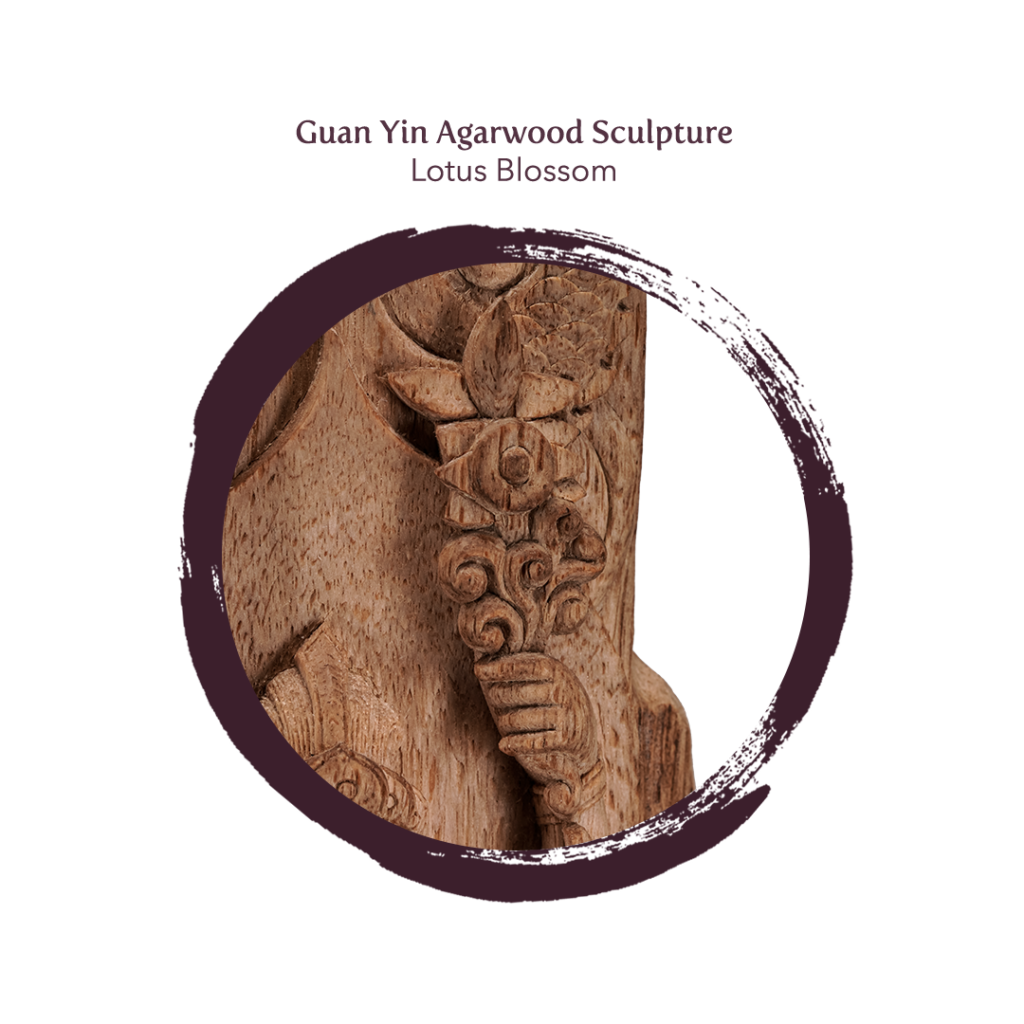 Guan Yin is frequently featured with a lotus blossom, an auspicious emblem that has become synonymous with her virtues of purity, wisdom and enlightenment. The lotus blossom is symbolic of Guan Yin’s unyielding passion to aid her devotees and bestow them with immense luck. 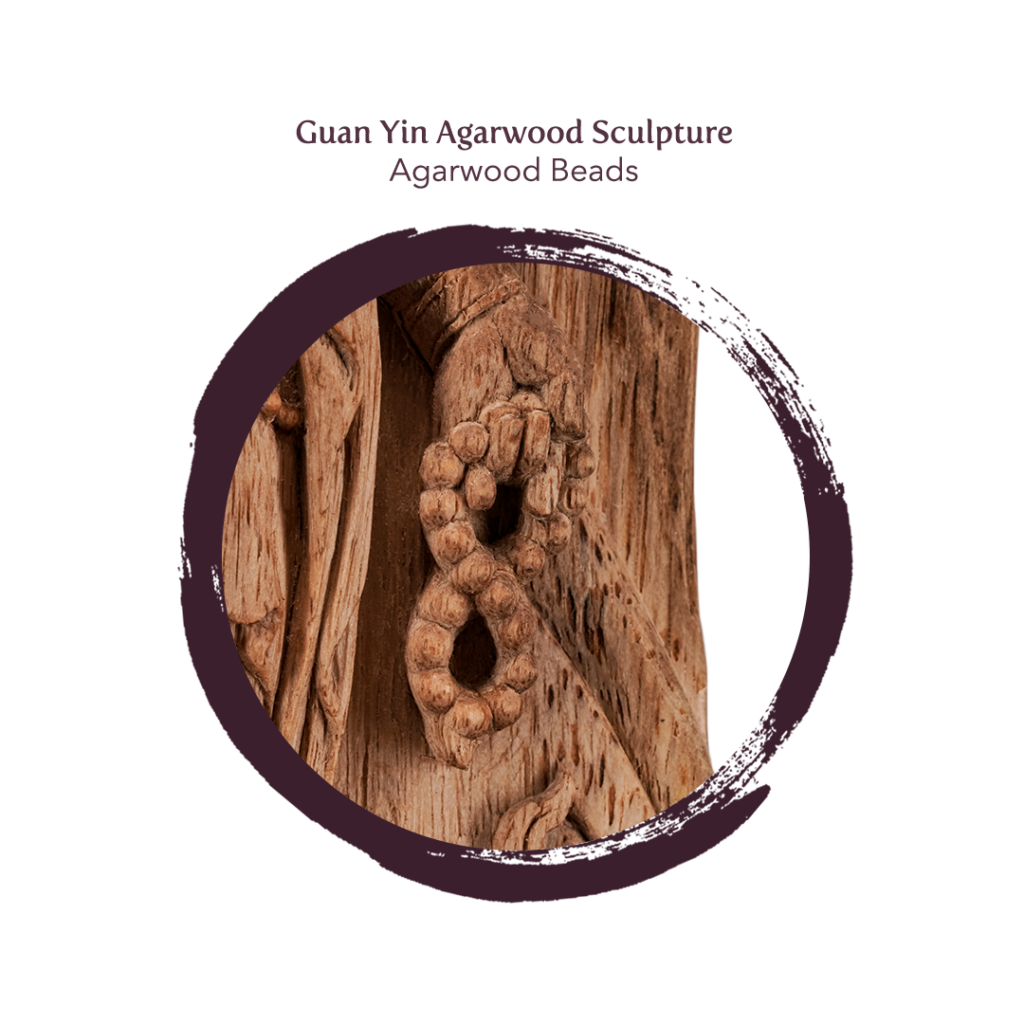 Given its centrality to Guan Yin’s identity, she is often depicted with a necklace or rosary of Agarwood Beads. She is said to have used this exquisite Imperial Feng Shui treasure while invoking divine powers to aid in her endeavours to better humanity. 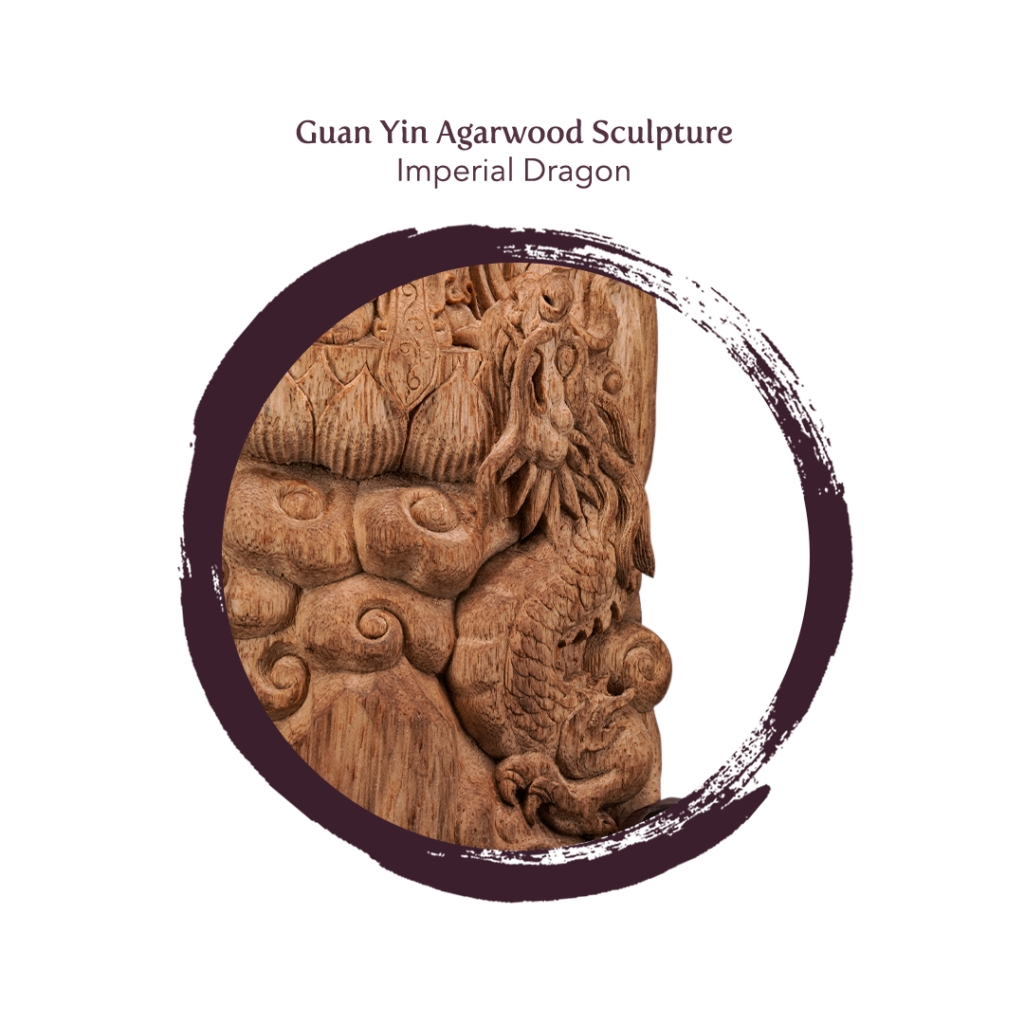 Often invoked to bestow a spirit of personal growth, wisdom and foresight upon individuals, the imperial dragons depicted flanking Guan Yin in this Imperial Harvest Agarwood sculpture reflect the values similarly bestowed by the Goddess of Mercy. Together, these emblematic figures inspire their destined owner with good fortune, inspiring them to triumph over their adversities and ascend to greater heights. 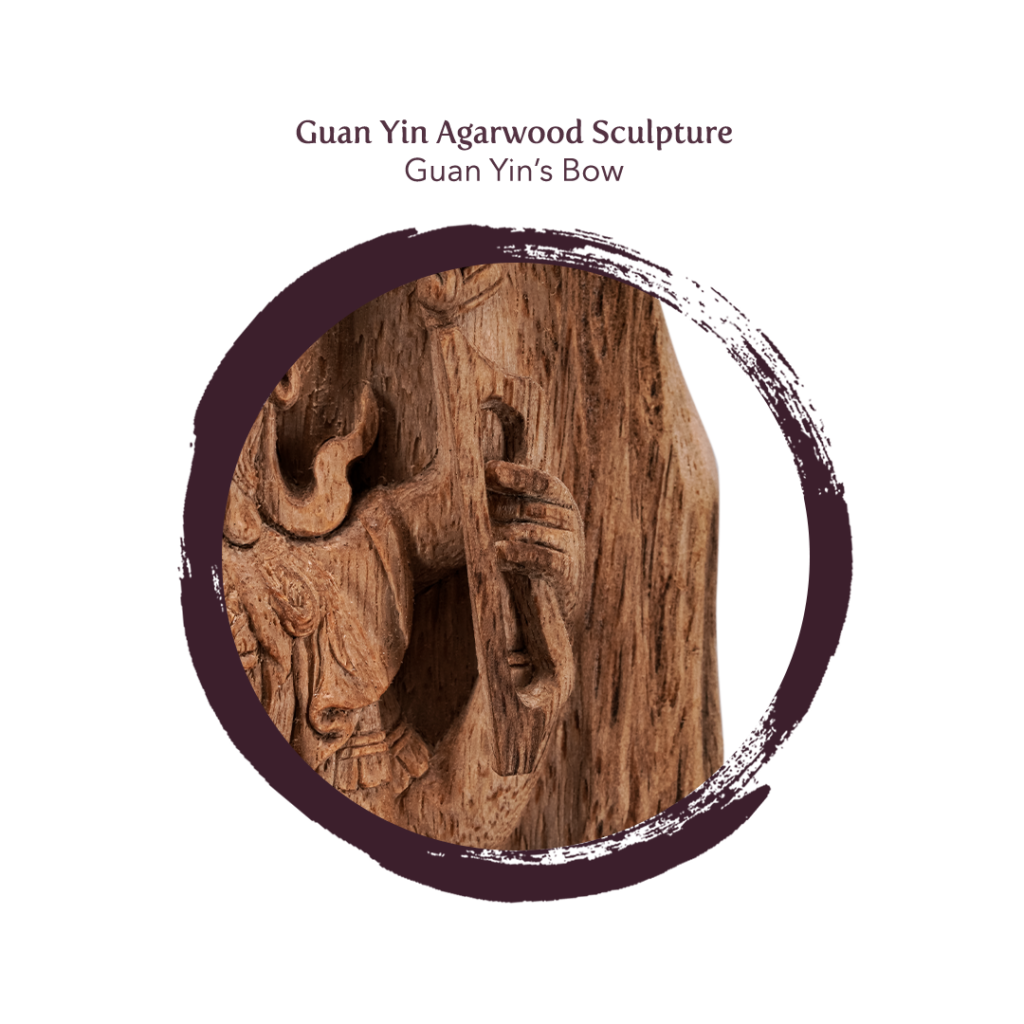 Guan Yin’s bow is a symbol of intense concentration that bestows foresight and intelligence upon her devotees, empowering them to achieve breakthroughs and advances in their careers and industries. 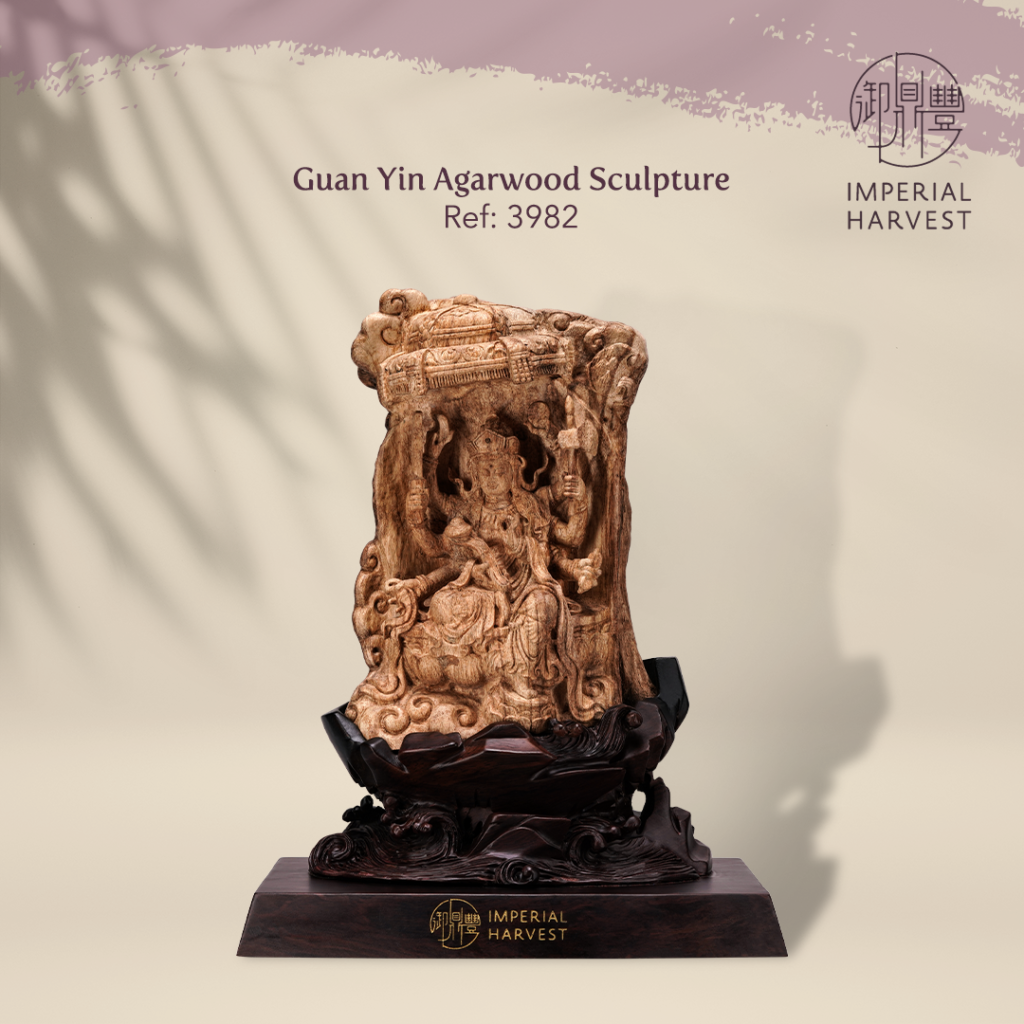 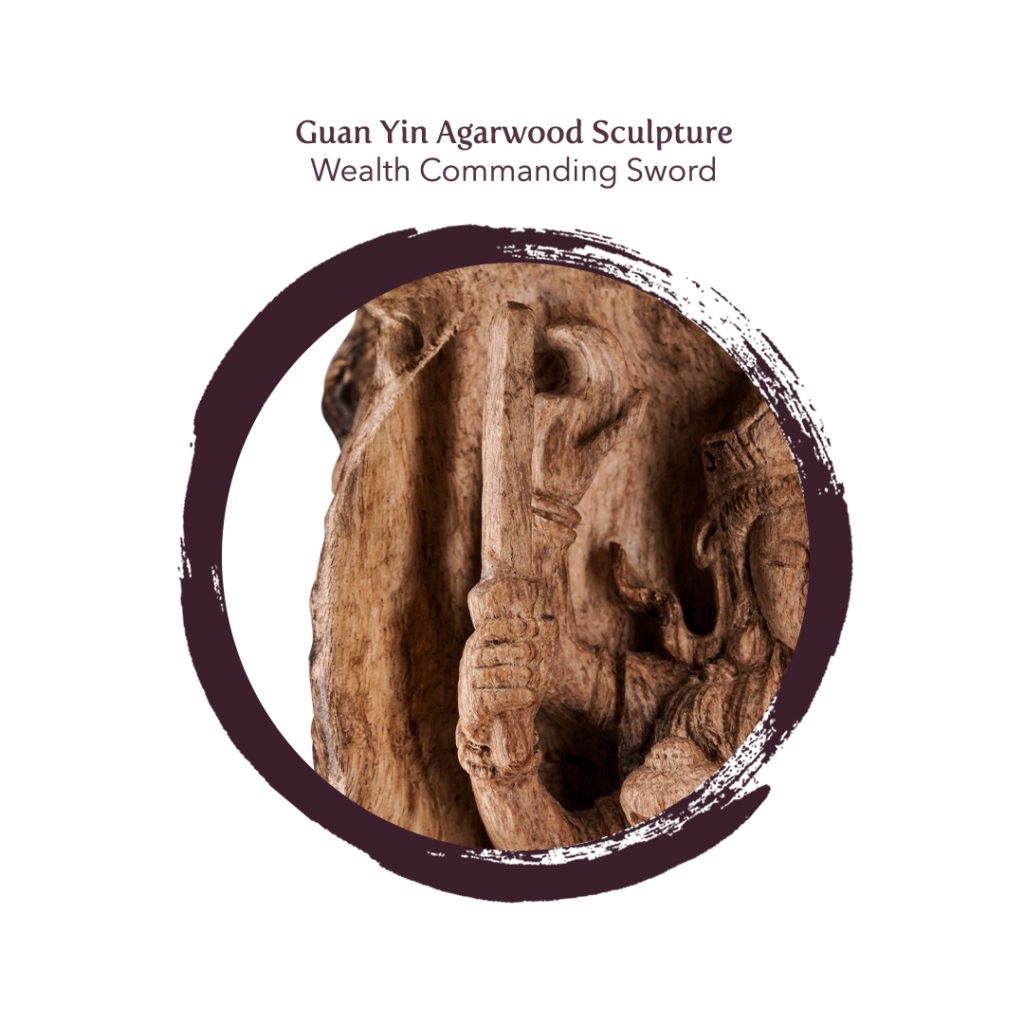 Similarly to the previous Imperial Harvest Agarwood Guan Yin sculpture highlighted in this article, this sculpture features the Wealth Commanding Sword, inspiring its destined owner to excel in their career and business pursuits. 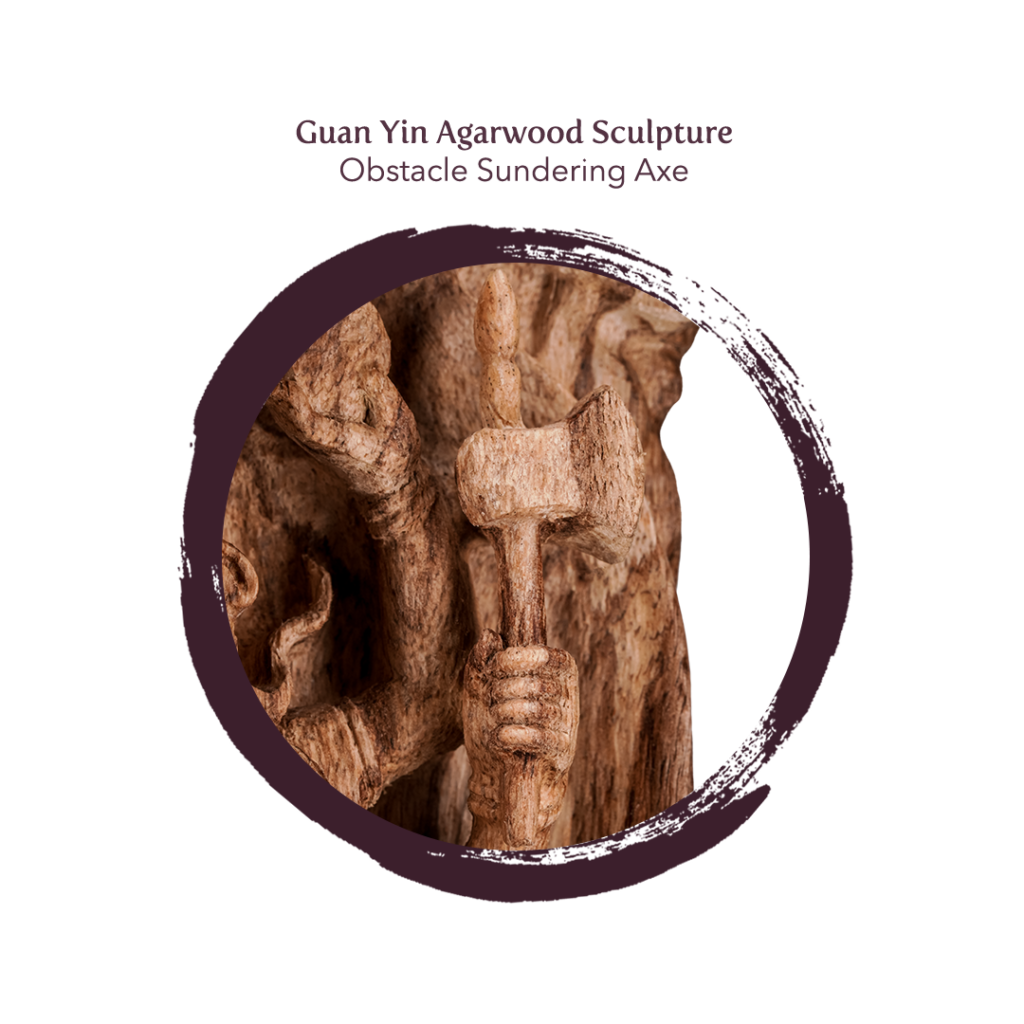 In the hands of Guan Yin, the Obstacle Sundering Axe removes the obstacles and malefactors hindering its destined owner, enabling them to enjoy smooth-sailing journeys in their career and business endeavours. 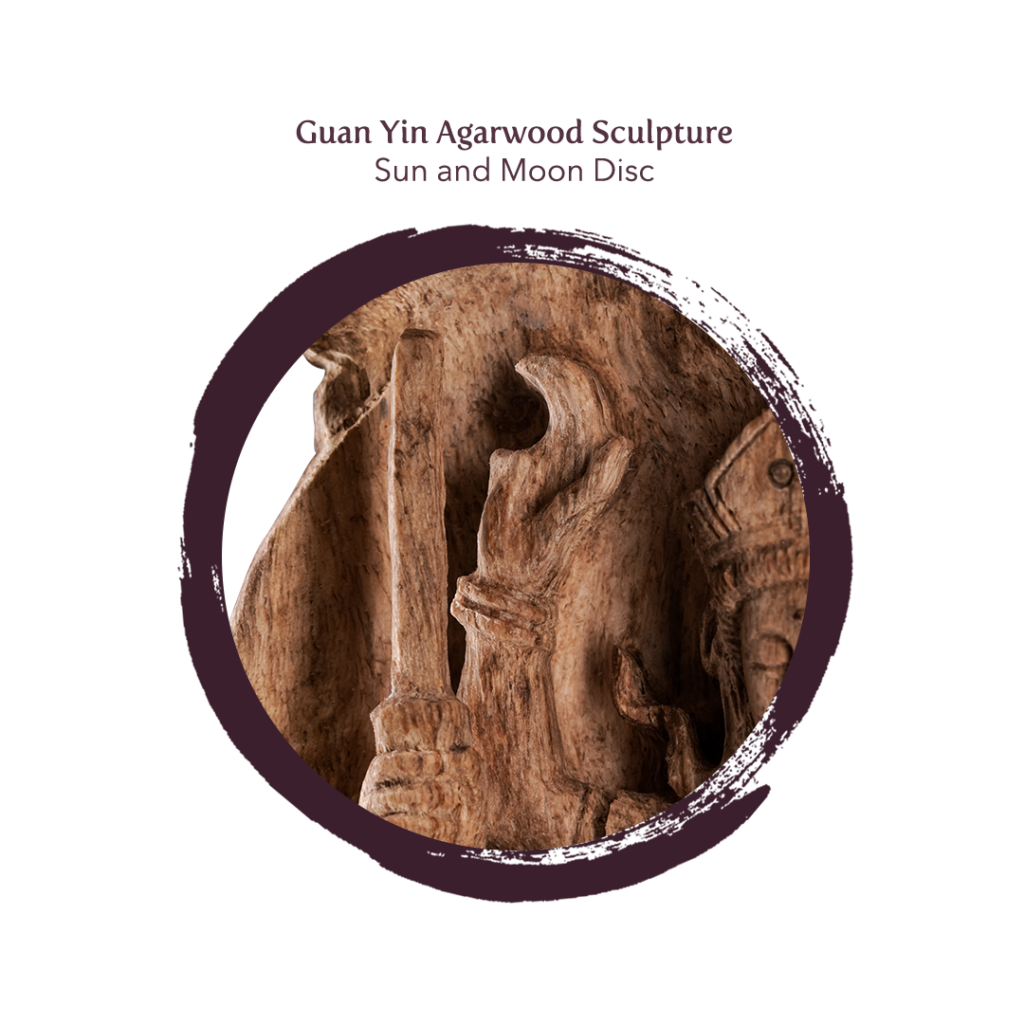 A physical representation of Guan Yin shedding light and clarity over darkness, the Sun and Moon disc illuminates the path to success for her devotees, empowering them with the focus and insight necessary to achieve their greatest goals. 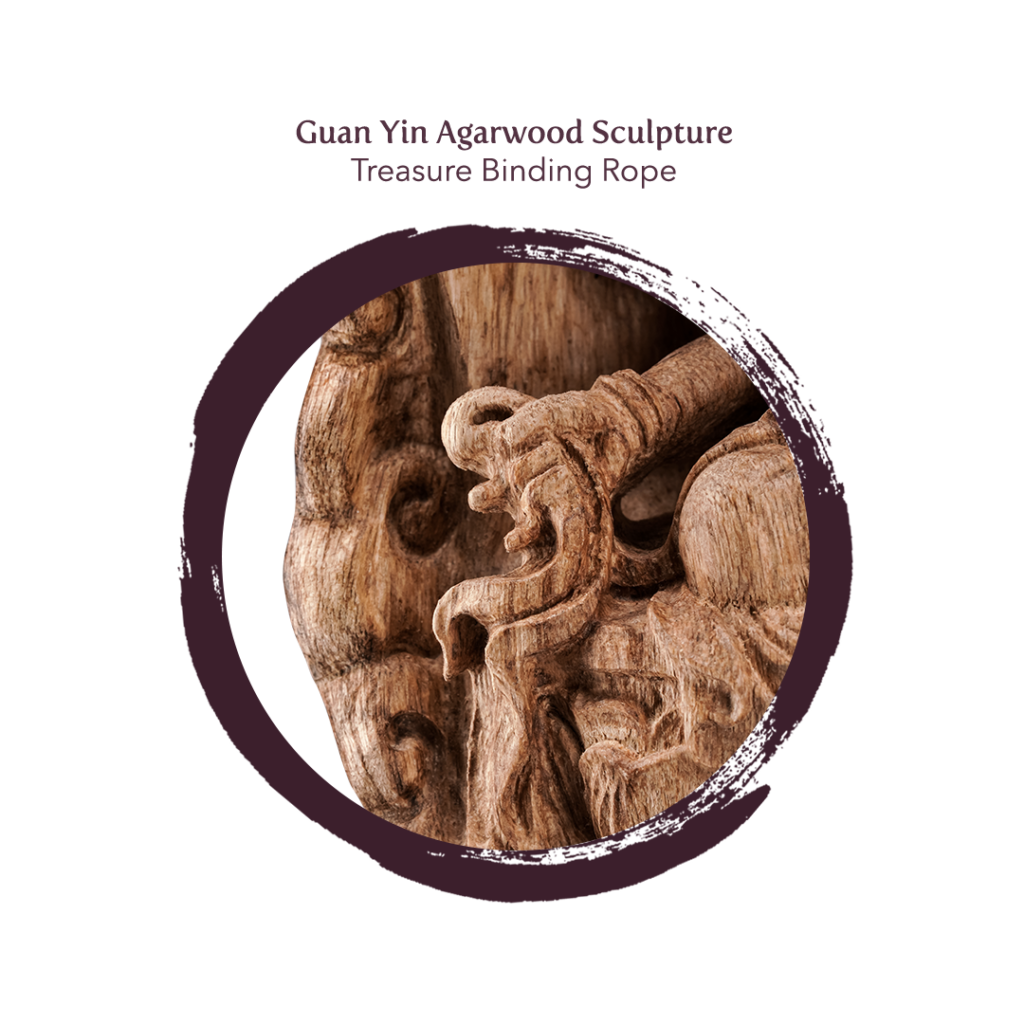 Wielding the Treasure Binding Rope, Guan Yin removes the obstacles that hinder her devotees’ financial success. It secures lucrative business and investment opportunities, as well as garners powerful and strategic supporting benefactors in overcoming any challenges and adversities. 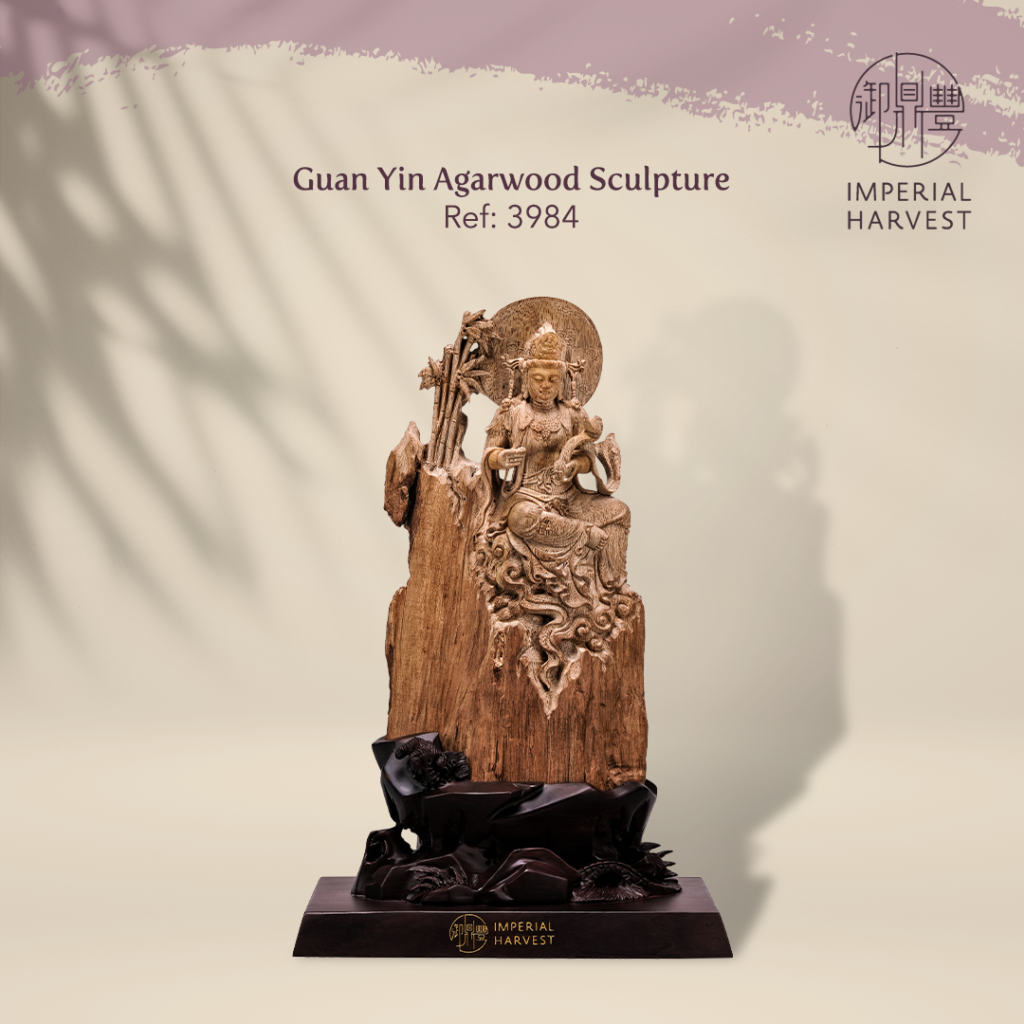 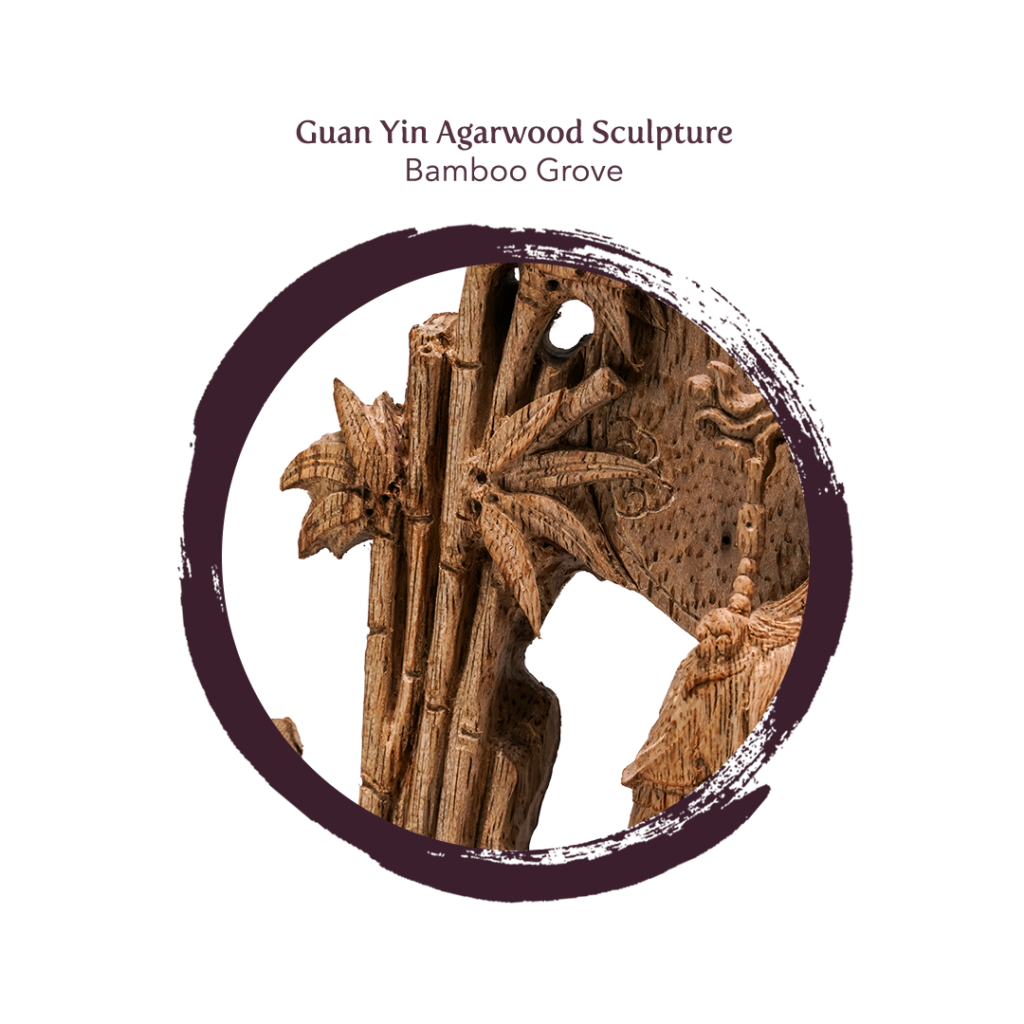 Serving as the backdrop to this exquisite Imperial Harvest Agarwood sculpture, this lush bamboo grove draws on bamboo’s continuous growth and resilience. Its flexibility allows it to weather the harshest conditions, which is symbolic of enduring success, longevity, and strength in face of adversity. It bestows wisdom upon individuals, empowering them with the wisdom and the strategic acumen necessary to succeed in business. 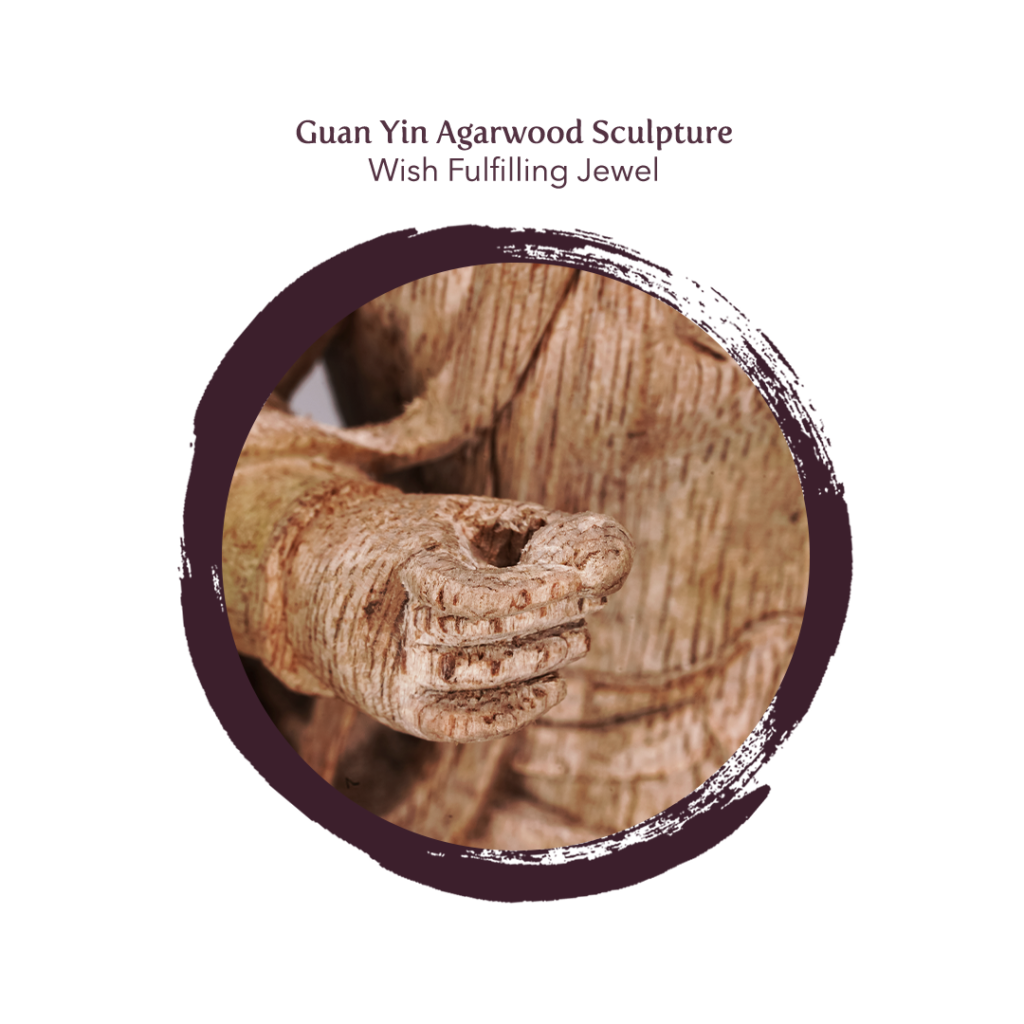 The omnipotent wish fulfilling jewel blesses its destined owner with good health and blissful and harmonious relationships. In Guan Yin’s hands, this formidable emblem manifests the greatest aspirations of its destined owner, aiding them in achieving great milestones in their careers and businesses. 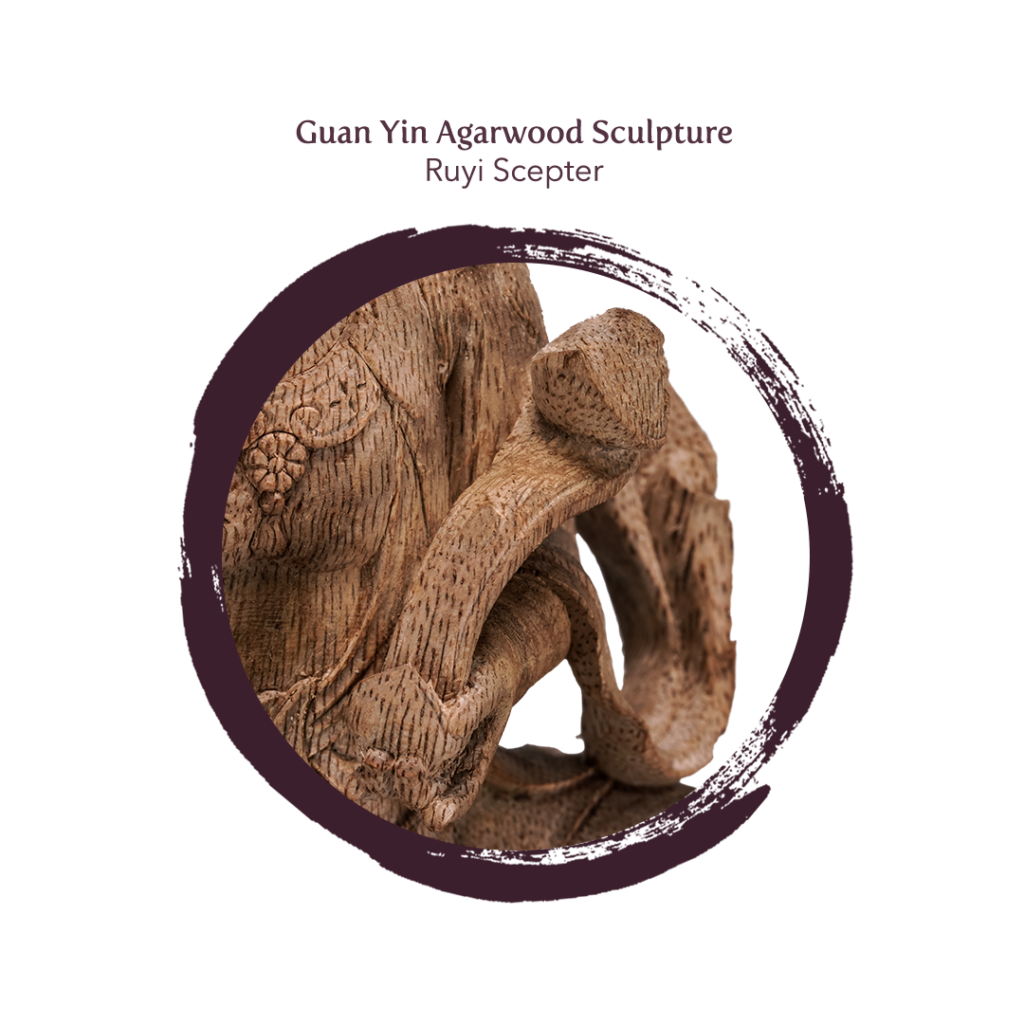 According to ancient Chinese traditions, the Ruyi Scepter was a ceremonial artefact often seen as an emblem of wealth, power, authority and good fortune. It is one of the eight symbols of good fortune in Buddhist folklore. With the Ruyi Scepter in hand, Guan Yin fosters the goals and aspirations of its destined owner, aiding them in securing attractive prospects which lead to monumental breakthroughs. 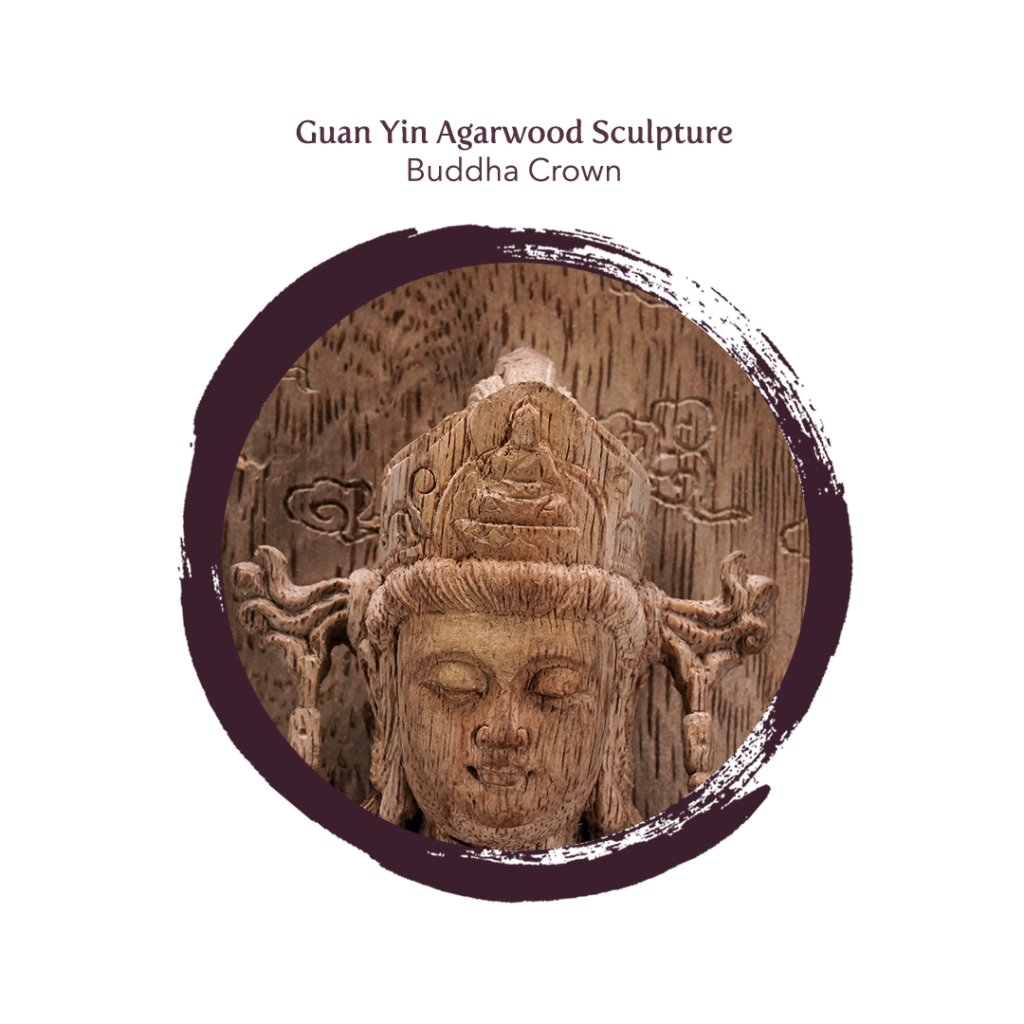 In this sculpture, Guan Yin dons the Buddha Crown — a symbol of her infinite wisdom and authority. This powerful emblem imparts its destined owner with wise, and thoughtful decision-making skills, empowering them with clarity and thoughtful insight to achieve their goals and aspirations.

Welcome Mangzhong with Imperial Harvest — a time of auspicious blessings and direct wealth expansion. Leverage the season of the major yang with the Imperial Harvest Agarwood Sculpture collection.