Posted by Imperial Harvest on 23 December 2021

San Yuan Xuan Kong is one of the most important principles in the practice of Imperial Feng Shui. It forms the foundation of mapping the energy of a home, office, or retail space. Through the study of the Flying Star chart, an Imperial Feng Shui practitioner would be able to accurately forecast and interpret the prosperity and wellbeing of the occupants of a particular space, as well as the specific events they may encounter.

Annual affliction stems from the same principles as the San Yuan Xuan Kong Flying Star. Each year, different afflictions or stars move to different sectors of the home or the working space, and it is prudent to be aware of these annual afflictions to avoid misfortune befalling your loved ones. 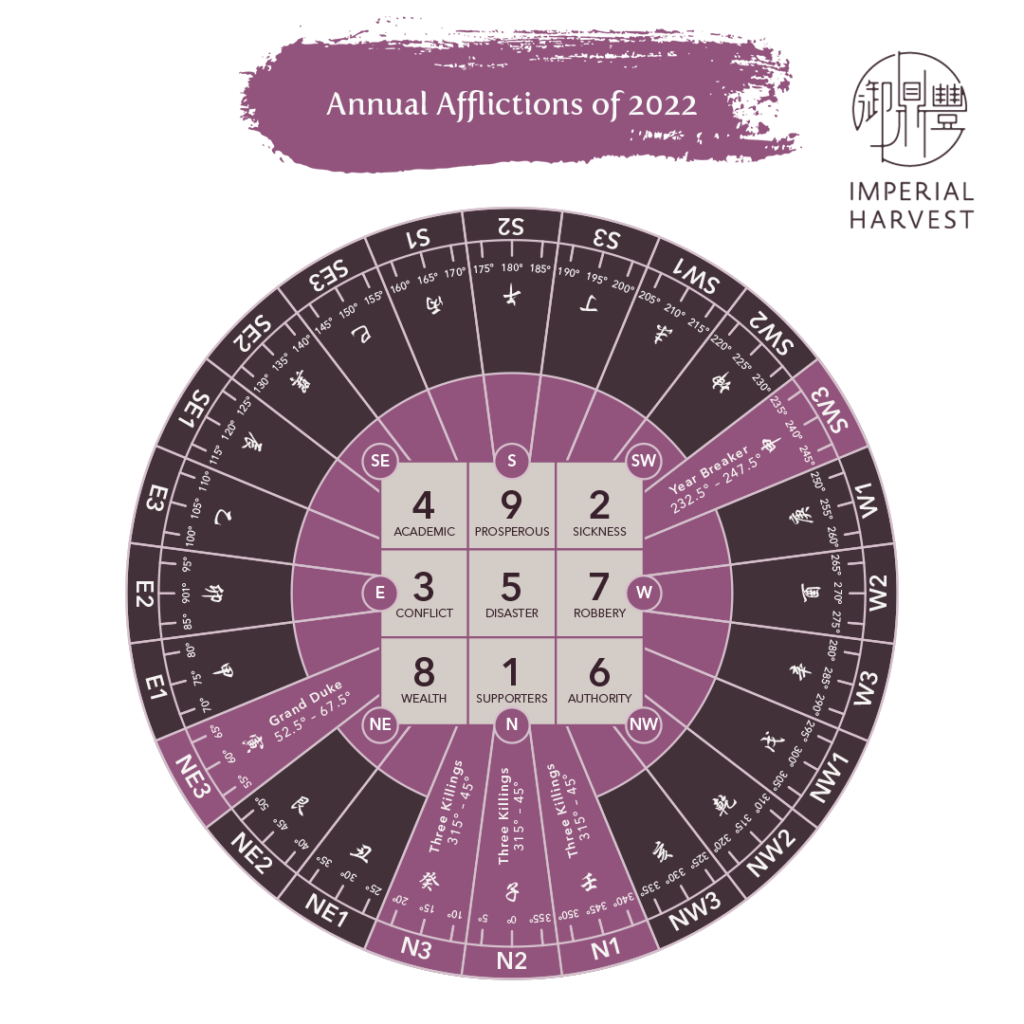 According to the principles of Imperial Feng Shui, there are four different types of annual afflictions:

In 2022, the locations of the annual afflictions, as well as their considerations, are as follows: 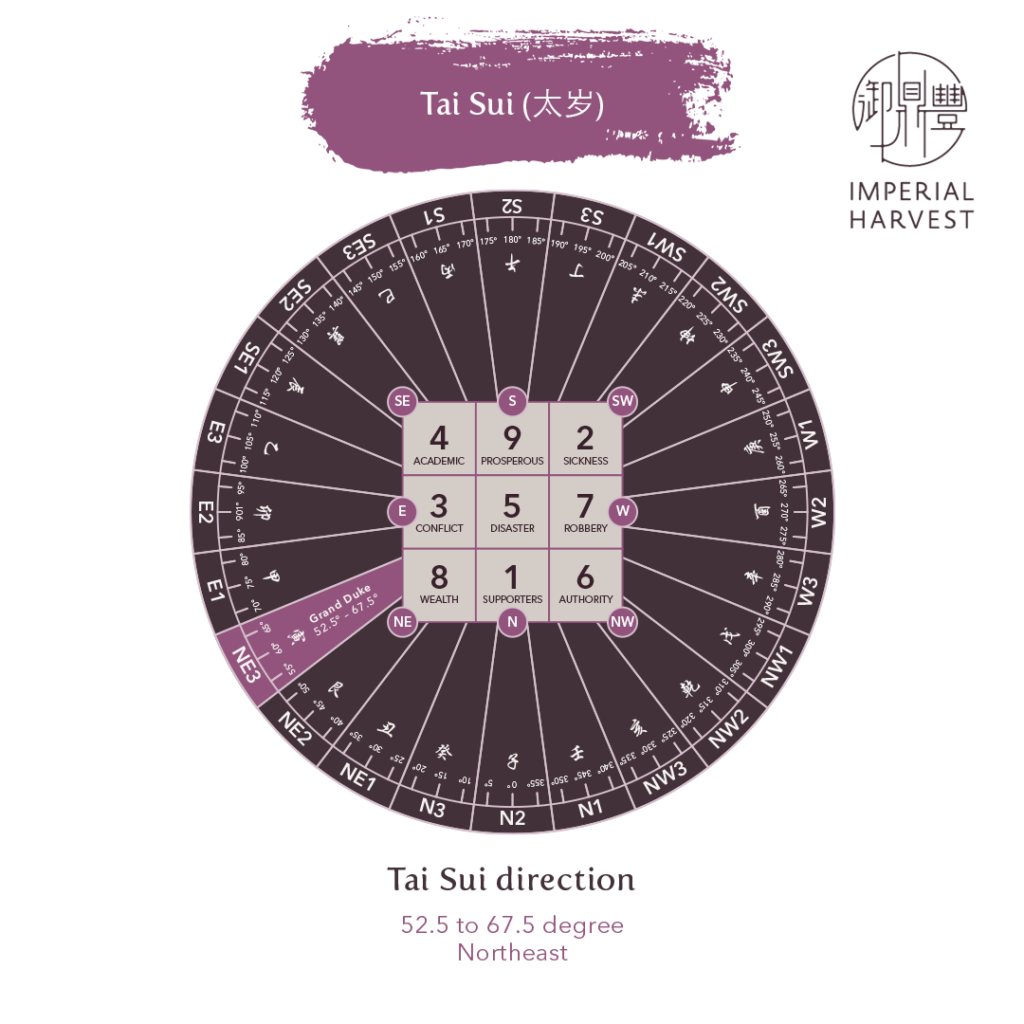 Tai Sui (太岁) is also known as the Grand Duke Jupiter Tai Sui in Imperial Feng Shui. Although symbolically associated with Jupiter, Tai Sui’s position is signified by the earthly branch (the zodiac sign) governing the year. Additionally, those born in the years of the Tiger, Monkey, Snake, and the Pig should avoid the Northeast direction entirely as these zodiac signs will experience a clash with Tai Sui in 2022. 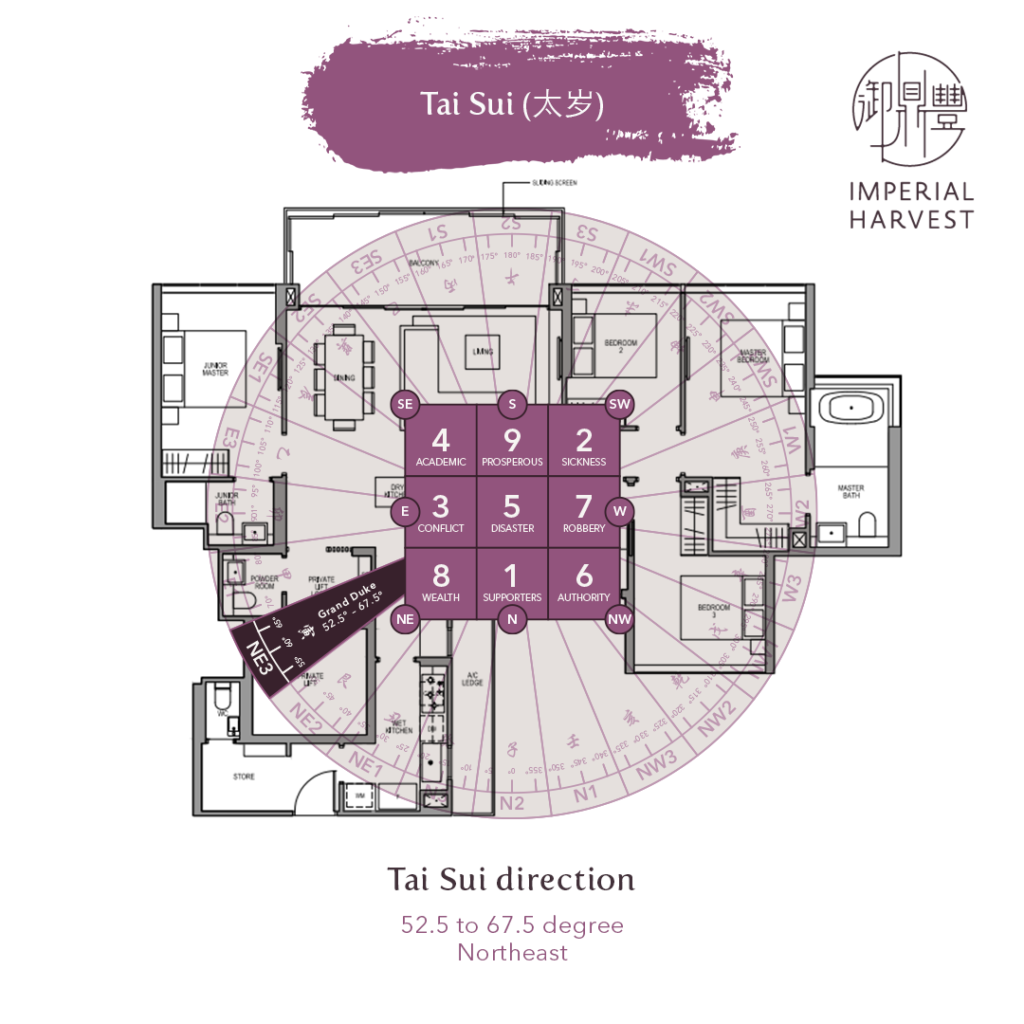 As 2022 marks the year of the Tiger, the Northeast sector is affected by Tai Sui, covering an area of 15 degrees from 52.5° to 67.5°. It is important to take note of afflictions in the Tai Sui direction as offending it may bring misfortune, worries, material losses, obstacles and illnesses for the family.

To avoid offending Tai Sui in 2022, be mindful to: 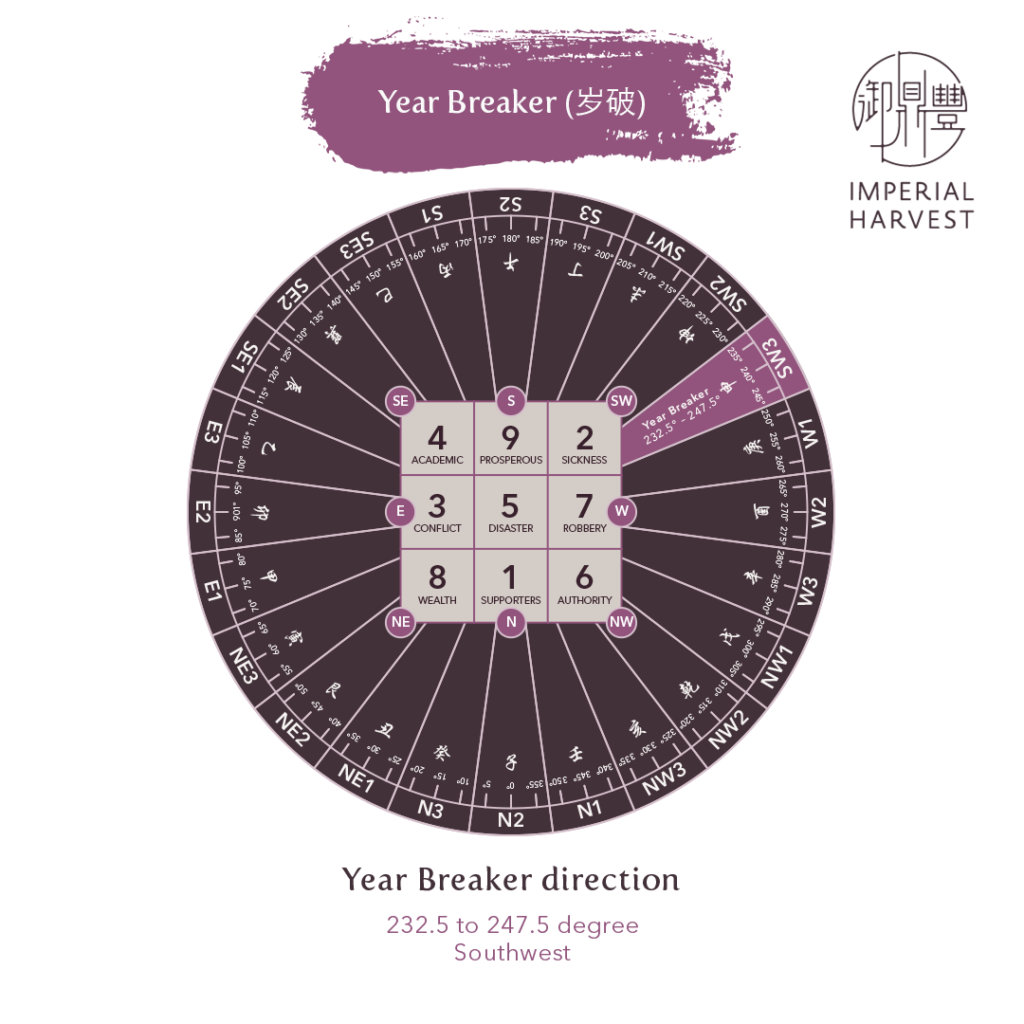 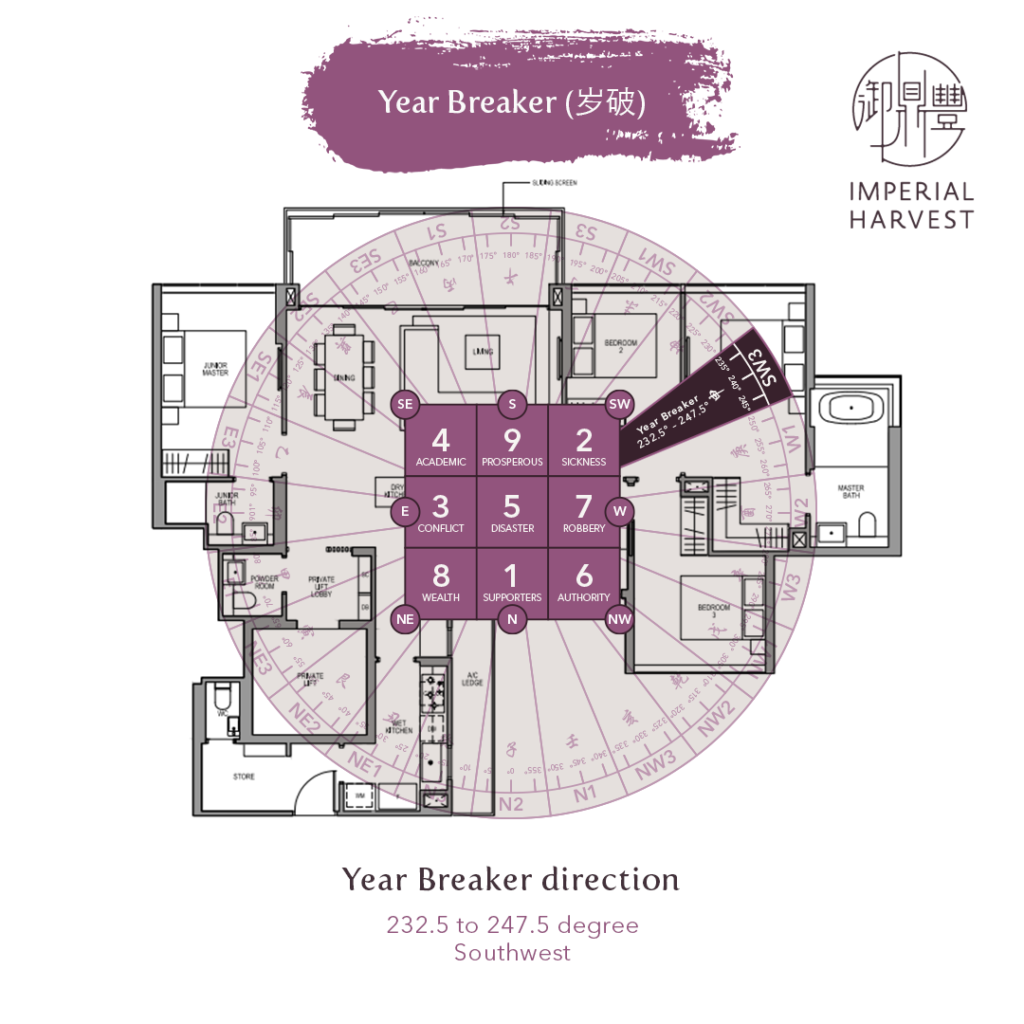 Some important things to take note of in 2022: 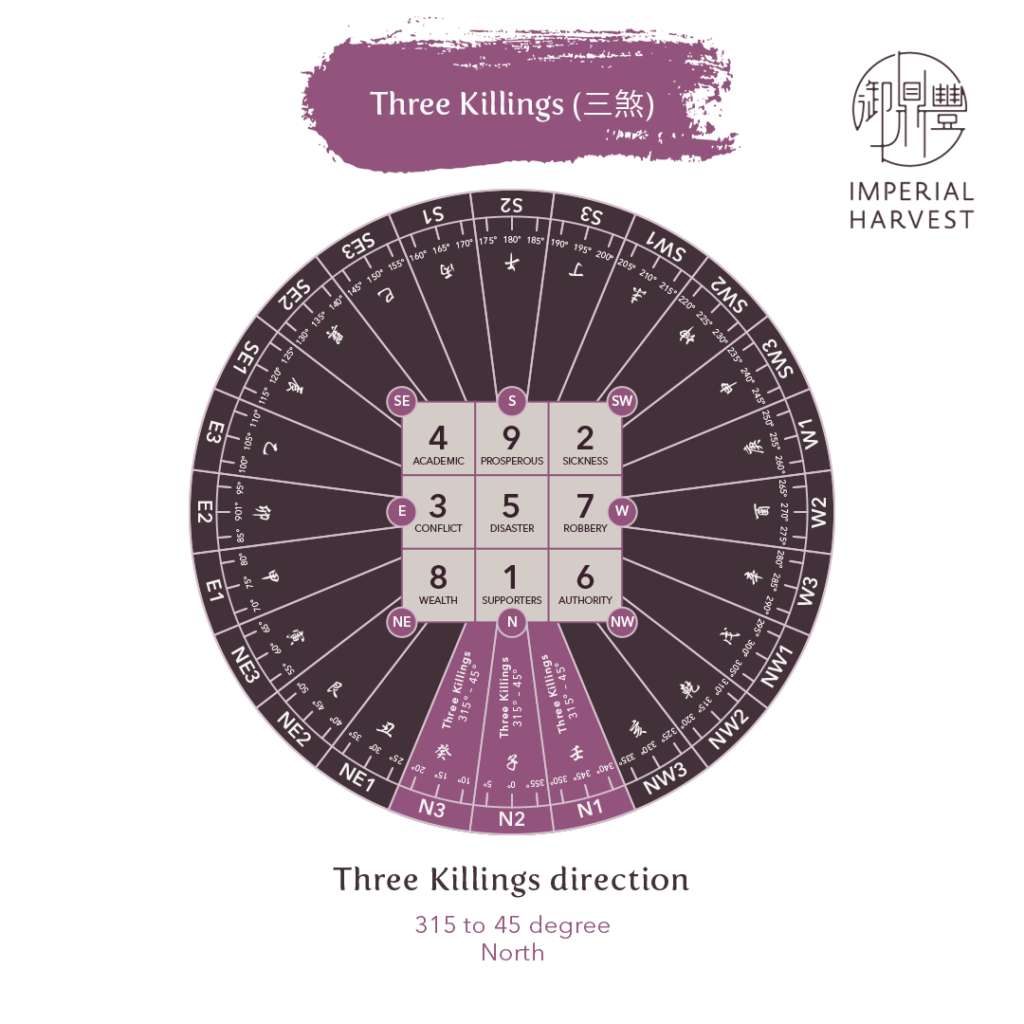 In 2022, the Three Killings are located in the Northern position, covering an area of 90 degrees in the North 1, North 2, and North 3 sectors. 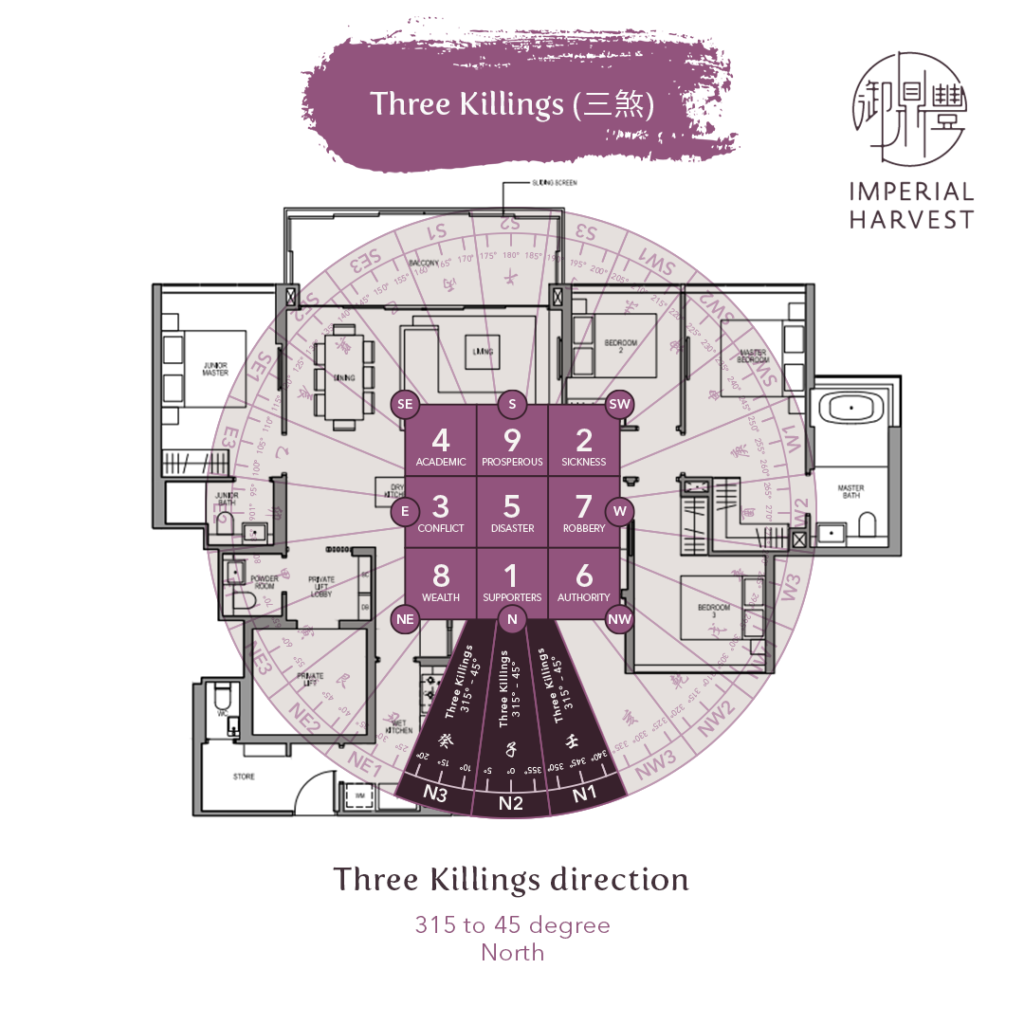 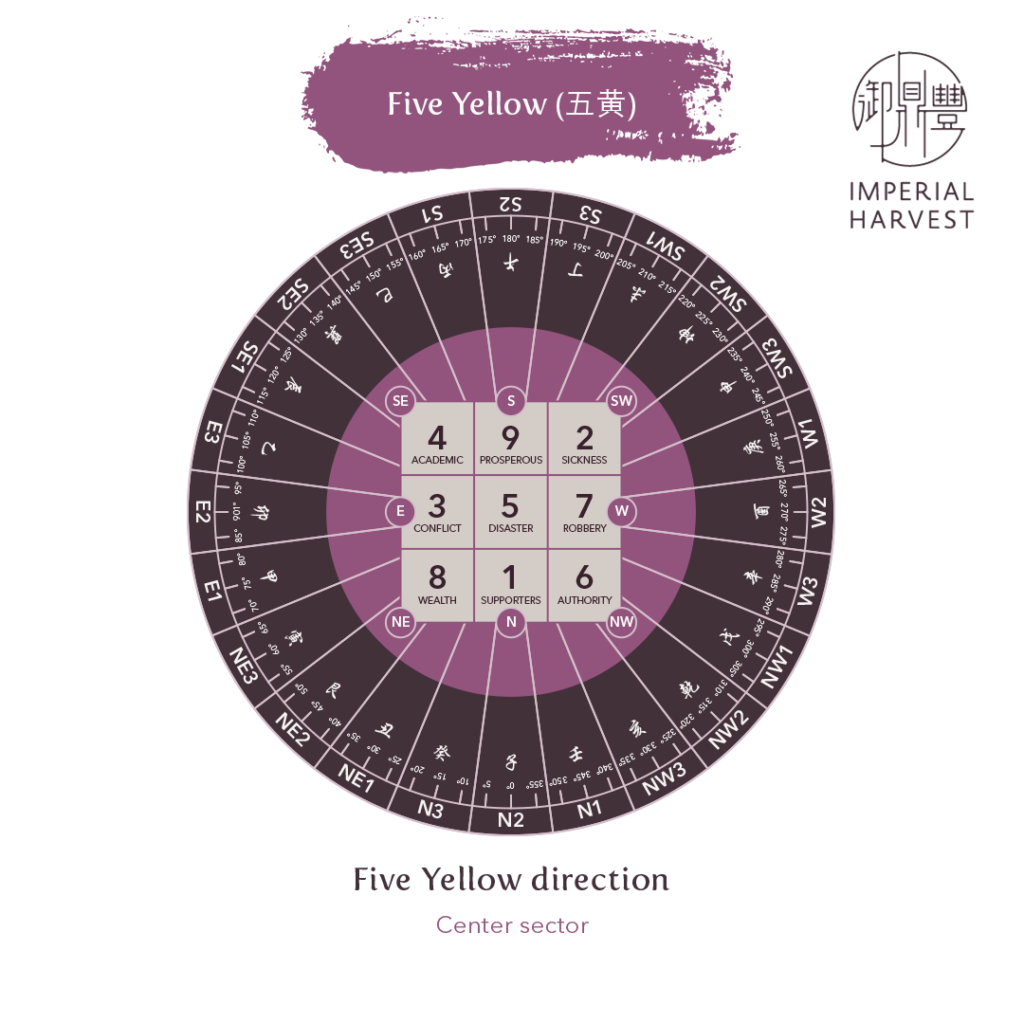 Five Yellow (五黄) is known as the most ominous star in the Flying Star Chart. This inauspicious Earth star brings about personal tragedies such as illnesses, accidents, financial losses and relationship conflicts.

In 2022, the effects of the Five Yellow star are of much greater concern due to the position it is housed in. It is housed in the center sector, making it the dominant star of the year. Due to its centrality, its ill effects may impact everyone in 2022, casting bad luck in all areas.

Due to the Five Yellow star being in the center sector, any renovations or groundbreaking work should be avoided completely. Avoid stirring up the area with excessive noise, bright lights, and bustling activity. Problems will also arise if the Five Yellow star is situated at the main door, the stove, or the bed as that constitutes a negative flying star combination. 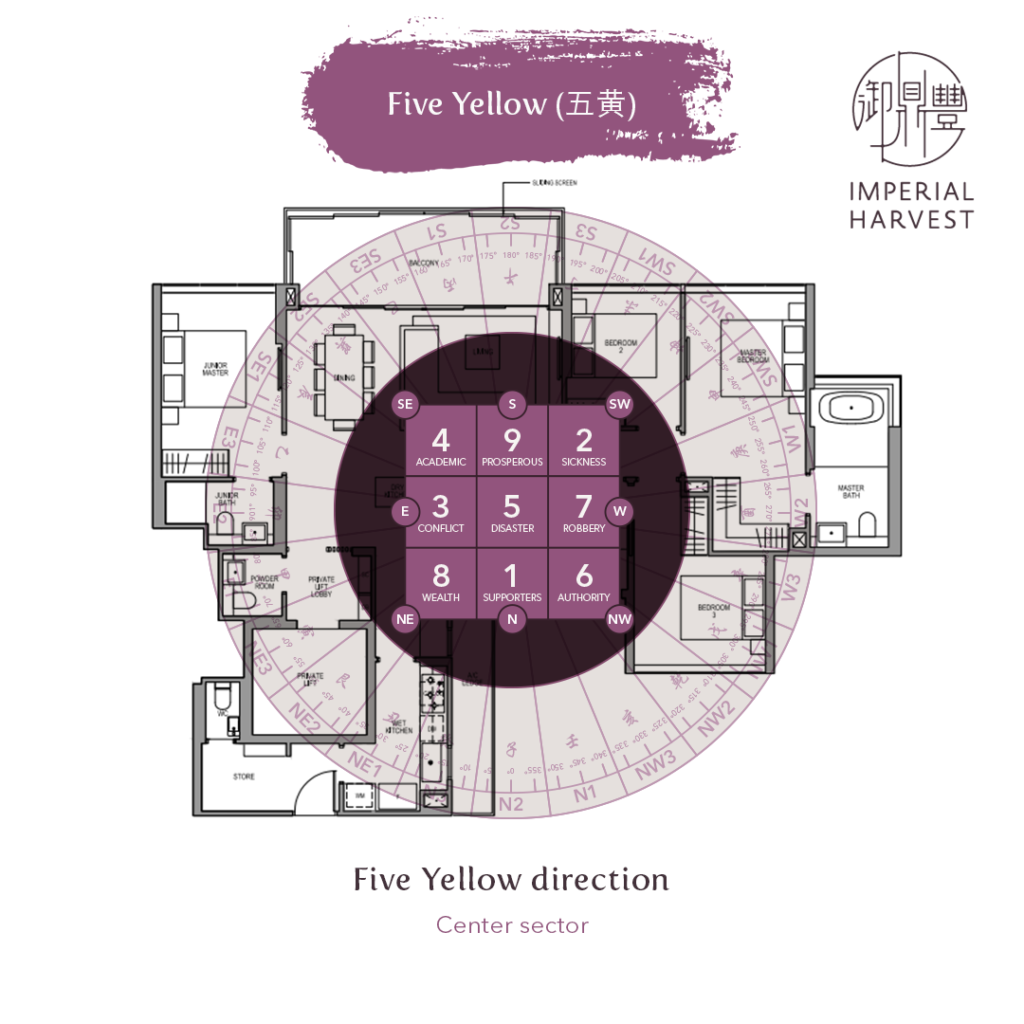 With these circumstances at hand, the annual afflictions may seem daunting. This may be especially so in cases where you may not be able to readily relocate your homes and properties, or are unable to reposition your furniture favourably.

These negatives can be combated through the introduction of Imperial Feng Shui solutions, which aid in safeguarding the home and converting these difficulties into opportunities for good fortune. The best example of this may be Emperor Qian Long’s use of Imperial White Inkstones during the height of the Qing Imperial dynasty.

During Emperor Qian Long’s esteemed reign, the Imperial Feng Shui masters serving under him looked to the Imperial White Inkstone to combat these annual afflictions, drawing on their potent abilities.

Inkstones are commonly mined from the Seven Star Crags in Guangdong. Although these stones come in a variety of different colours, only a minuscule percentage of them are white, making the white inkstone the rarest type available. Historically, the exclusivity of these inkstones meant that they were reserved for use by Chinese emperors, aided by Imperial Feng Shui masters to empower the royals with authority and legitimacy. 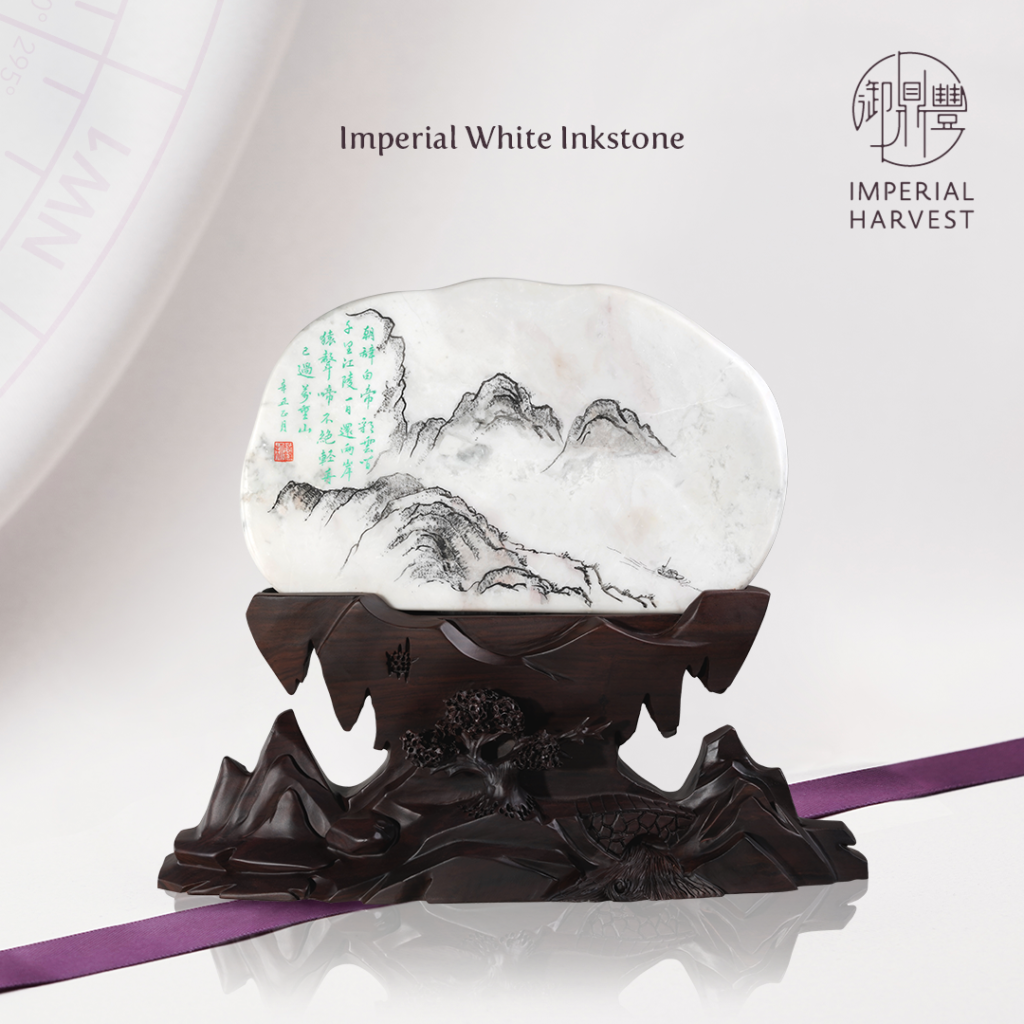 The Imperial White Inkstone addresses the issues that arise from missing or lacking sectors by promoting the auspicious energy of one sector while simultaneously countering three inauspicious sectors. Its installation within the home or office counteracts the ill effects of Sha Qi and activates the authority sector within the space.

The Imperial White Inkstone stands as a fine representation of Emperor Qian Long’s reverence and unwavering advocacy for the art of Imperial Feng Shui. The intricate motifs on each Imperial Harvest Imperial White Inkstone were first conceptualised by Master David, who then engages only the finest artisans, each boasting a wealth of techniques inherited from previous generations.

The Imperial Harvest Imperial White Inkstones that emerge from this meticulous process embody the heritage of Emperor Qian Long and the Qing imperial court, complementary to their unrivalled Imperial Feng Shui properties.

Get in touch for a Home Feng Shui audit

The annual afflictions take effect after Li Chun, the beginning of spring, which falls on the 4th of February in 2022.

Get in touch with your dedicated Imperial Harvest consultant to schedule a Home Feng Shui audit now: