Posted by Imperial Harvest on 25 February 2022

The Spring Equinox, also known as Chun Fen (春分), marks the midpoint of the spring season. Spring brings much relief from its preceding winter season, with daylight hours gradually lengthening and temperatures becoming increasingly warmer. In many parts of the northern hemisphere, the Spring Equinox begins when the Sun reaches the celestial longitude of 0° and ends when it reaches the longitude of 15°. 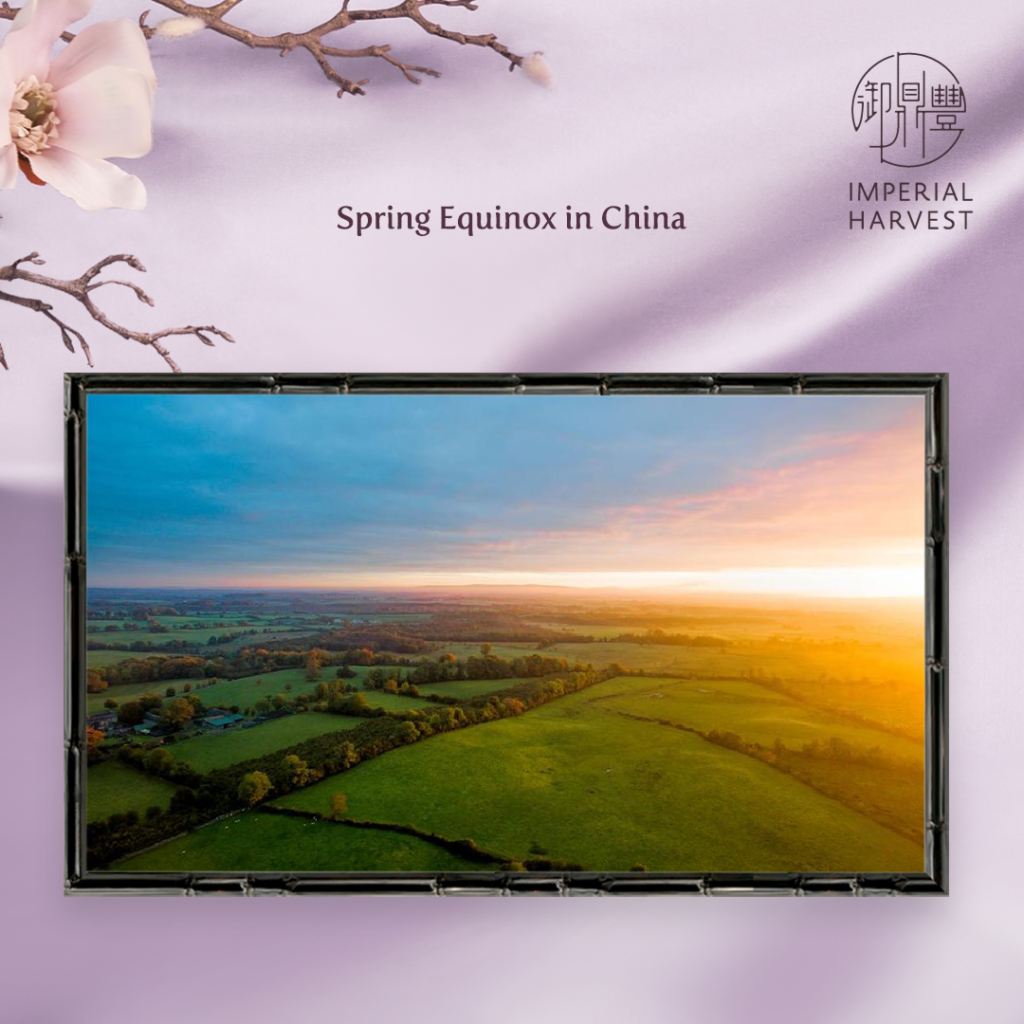 It forms the 4th of 24 solar terms of the Chinese lunisolar calendar, beginning on 20 March this year.

In Imperial Feng Shui, spring is closely associated with the minor yang. One of the four phenomena that form Tai Ji, the collective essence of Heaven and Earth, the minor yang’s significance in Imperial Feng Shui lies in its governance of an individual’s innate intuition. Referring to the ability to discern and identify key information in the absence of clarity, intuition is a critical factor in making sound decisions. Good intuition prevails in the face of ambiguity, empowering individuals to act decisively, seize opportunities and enjoy first-mover advantages. 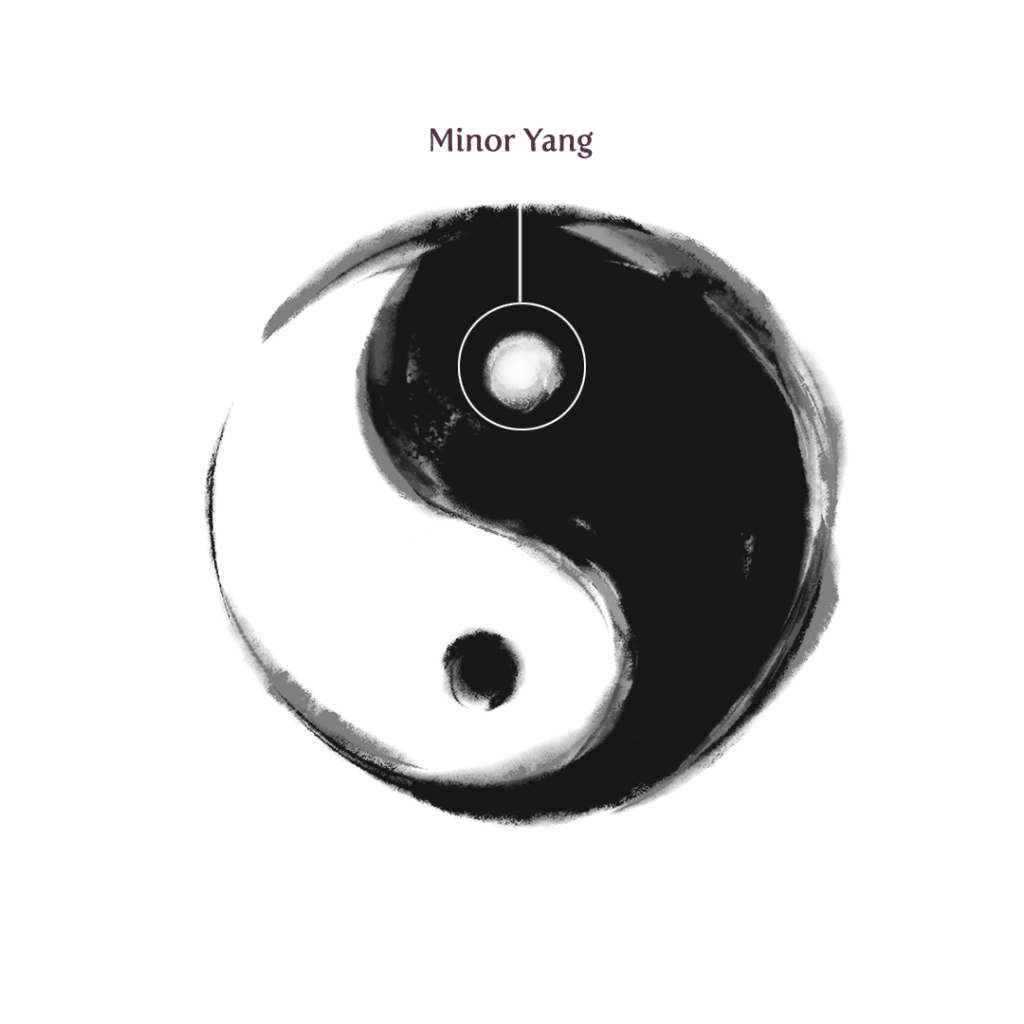 The inherent link between intuition and the minor yang entails that increasing one’s intuitive qualities would be paramount in ensuring an optimal balance of this important phenomenon.

Imperial Rites during the Spring Equinox

The Spring Equinox marks a day when the sun is situated directly above the earth’s equator, with both day and night being of equal length. In Chinese culture, this equilibrium becomes a significant characteristic of the Spring Equinox.

In dynastic China, the arrival of the Spring Equinox gave rise to a traditional festival, with the esteemed Chinese emperors leading in time-honoured imperial rites in the worship of the sun. Such imperial rites to the sun during the Spring Equinox originated during the Zhou dynasty (1046–771 BC), with the imperial family offering various specially-prepared tributes to the Sun God. These rites took place at the Temple of the Sun (日坛), an altar commissioned to be built in 1530 during the late Ming dynasty by Emperor Jia Jing. Since then, it has stood as the foremost site for tributary worship to the sun, to which they prayed for the ideal weather conditions for the nourishment of crops.

Although the Temple of the Sun fell into disrepair by 1911, plans were drawn in 1955 to restore the temple and its surrounding compound. By 1969, it was fully restored and reopened to the public, where it has since received and welcomed visitors and tourists alike. 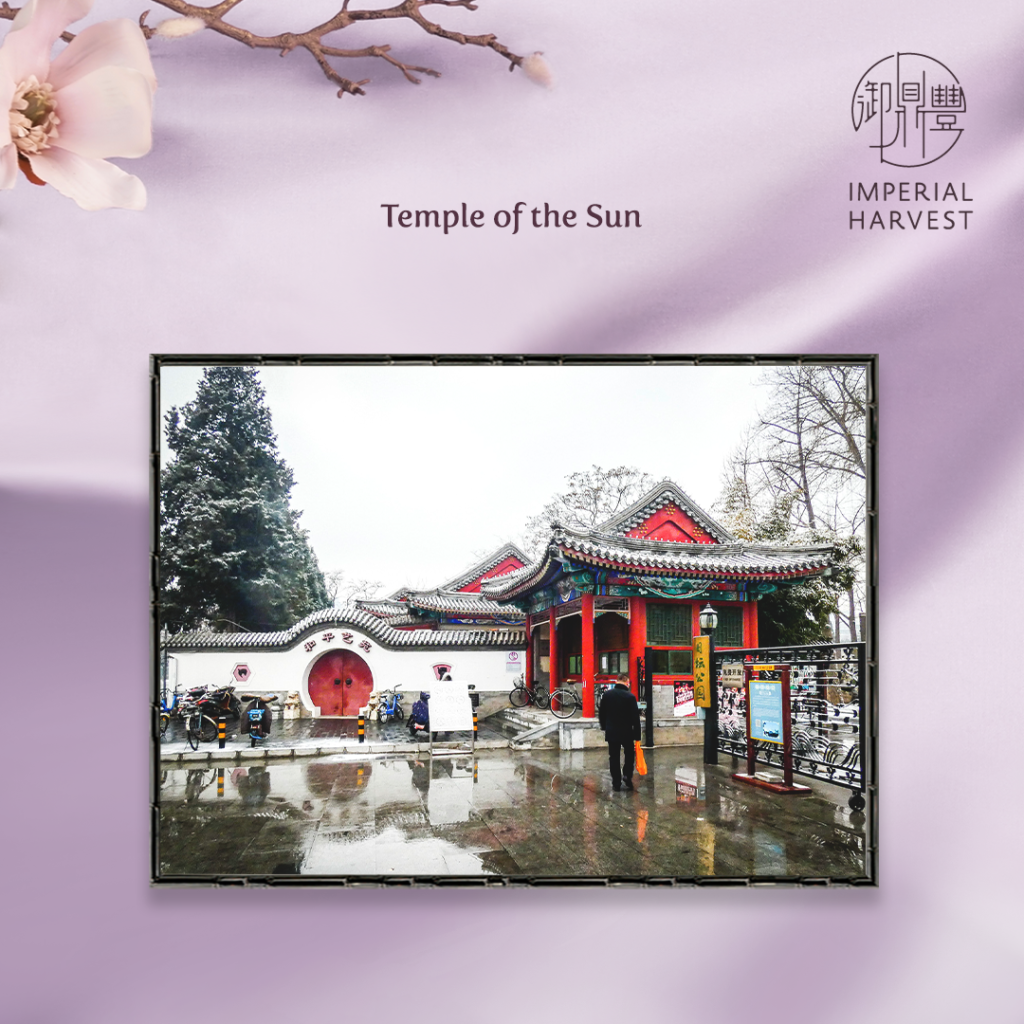 Tributes of various offerings were thought to soothe the Sun God’s temperament, in turn ushering in another year of successful and bountiful harvests. As a primarily agrarian society, the success of a harvest season was largely dependent on suitable weather conditions, leading to the continuance of this tradition in some parts of China today.

During the Tang dynasty, it was customary to present gifts of farming equipment to foster agricultural practices. Partaking in traditional delicacies and wines was also prevalent during the Spring Equinox.

With the Spring Equinox marking the midpoint of the season, the season’s auspicious energies are heightened further during the occasion. During this period, the birthdays of three of the most important deities in Chinese culture are commemorated and celebrated by devotees worldwide:

These three deities celebrate their respective birthdays around the Spring Equinox, greatly complementing this auspicious season of growth and its precepts of renewal. Take advantage of the precious opportunity that this auspicious period brings, and contact your trusted Imperial Harvest consultants to acquire the blessings of these esteemed deities and unlock your unlimited potential. 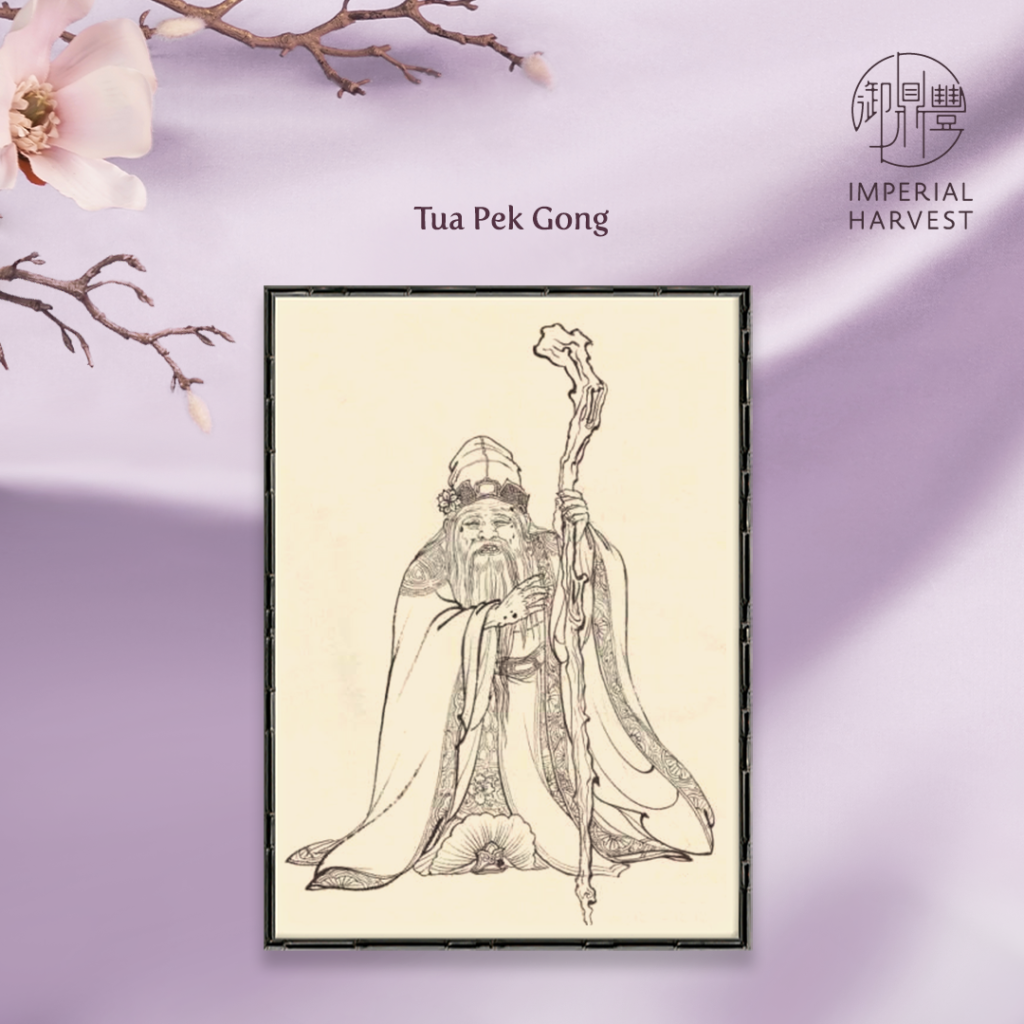 The Career Wealth God Tua Pek Gong is known as one of the most powerful direct wealth gods. His guidance is sought out by individuals working towards massive career breakthroughs. Tua Pek Gong’s birthday is commemorated on the 2nd day of the 2nd lunar month each year, coinciding on 4 March this year.

In conceptualising Imperial Harvest’s Fine Jadeite Tua Pek Gong, Master David was mindful to create an Imperial Feng Shui treasure designed to prime all career professionals for outstanding success. In attracting powerful benefactor support to his devotees, Tua Pek Gong’s influence proves to empower his devotees, enabling them to climb to the top echelons of the corporate ladder. 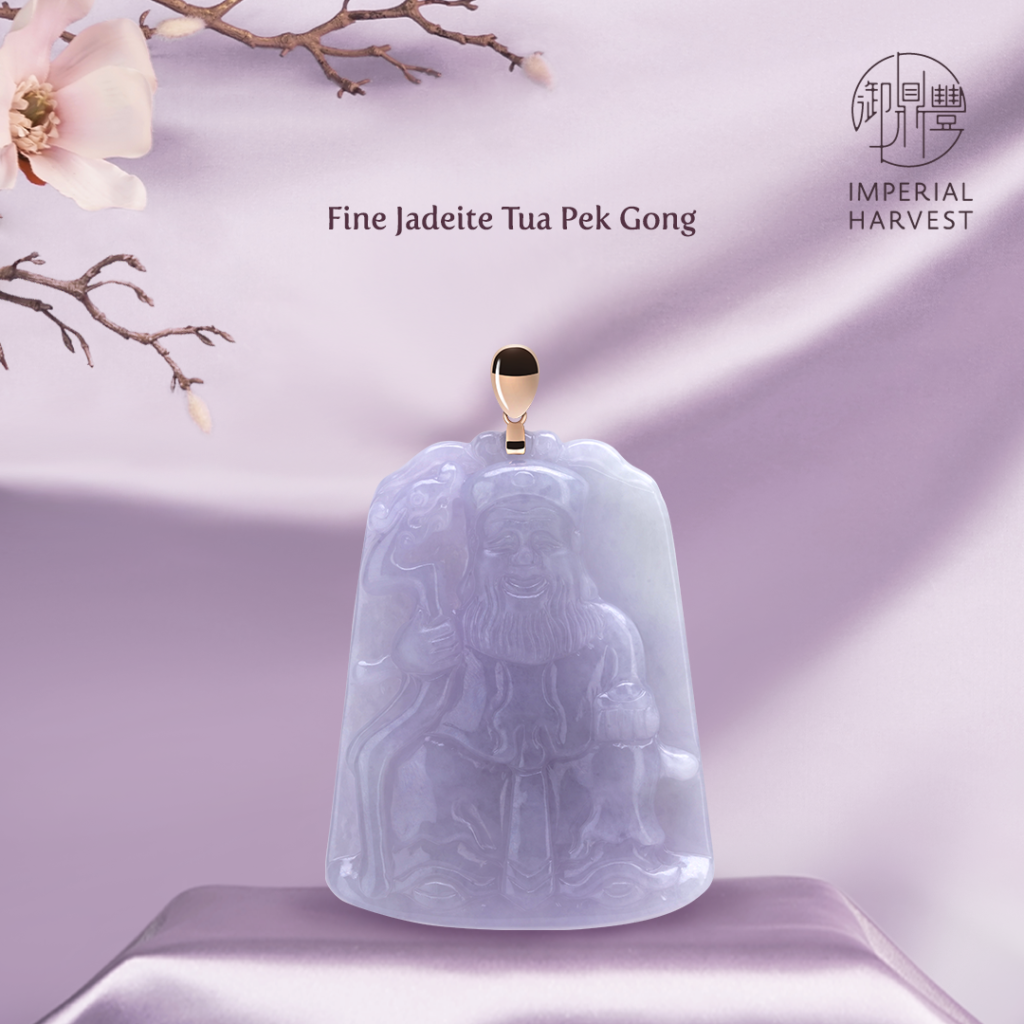 The Fine Jadeite Tua Pek Gong is beneficial to those embarking on new careers, accelerating the realisation of their career aspirations. It empowers its destined owners with the skills necessary to seize strategic opportunities, and thrive in their roles. 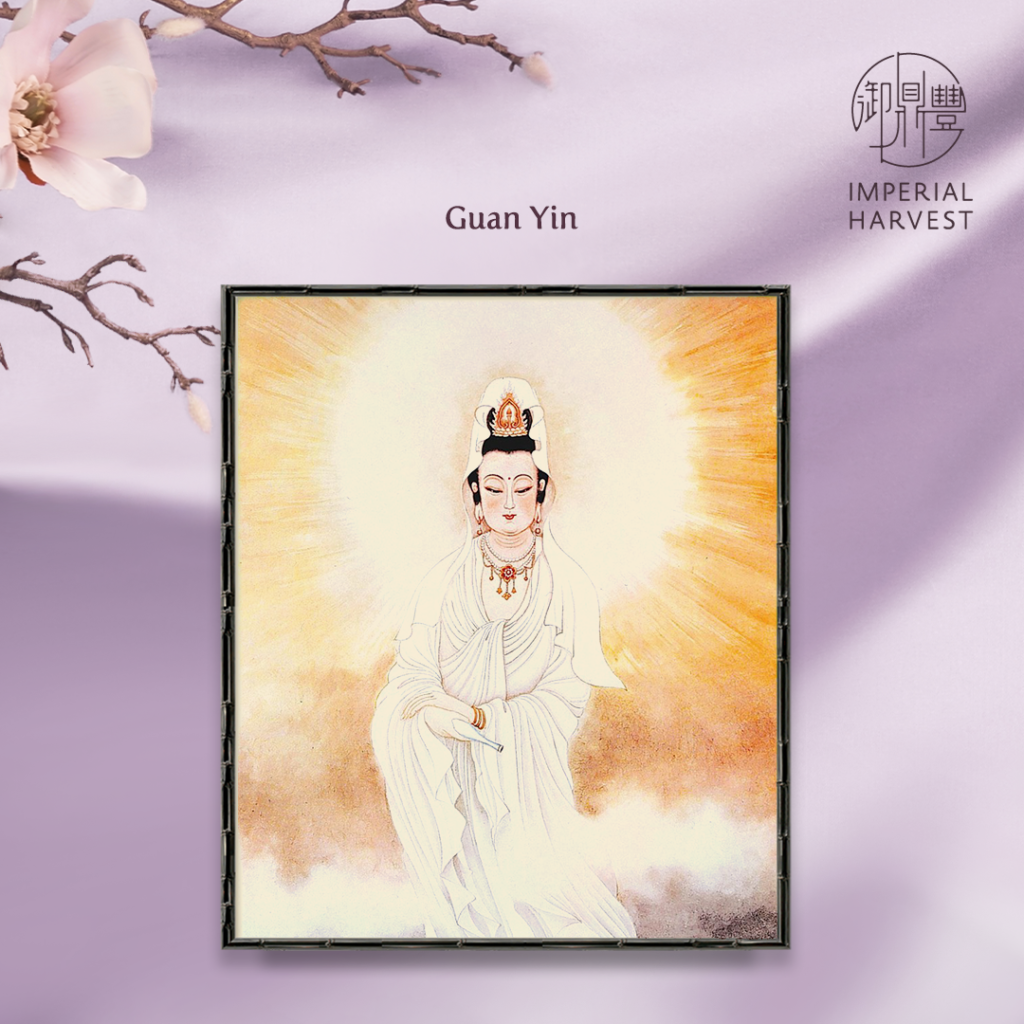 Guan Yin, also known as the Goddess of Mercy, is a central figure in Buddhism, symbolic of purity, wisdom and enlightenment. Guan Yin celebrates her birthday thrice a year, with each birthday marking a pivotal milestone in her path to enlightenment. These milestones illustrate her enduring devotion to the betterment of humanity, creating a staunch reflection of her commitment to fostering unlimited human potential. 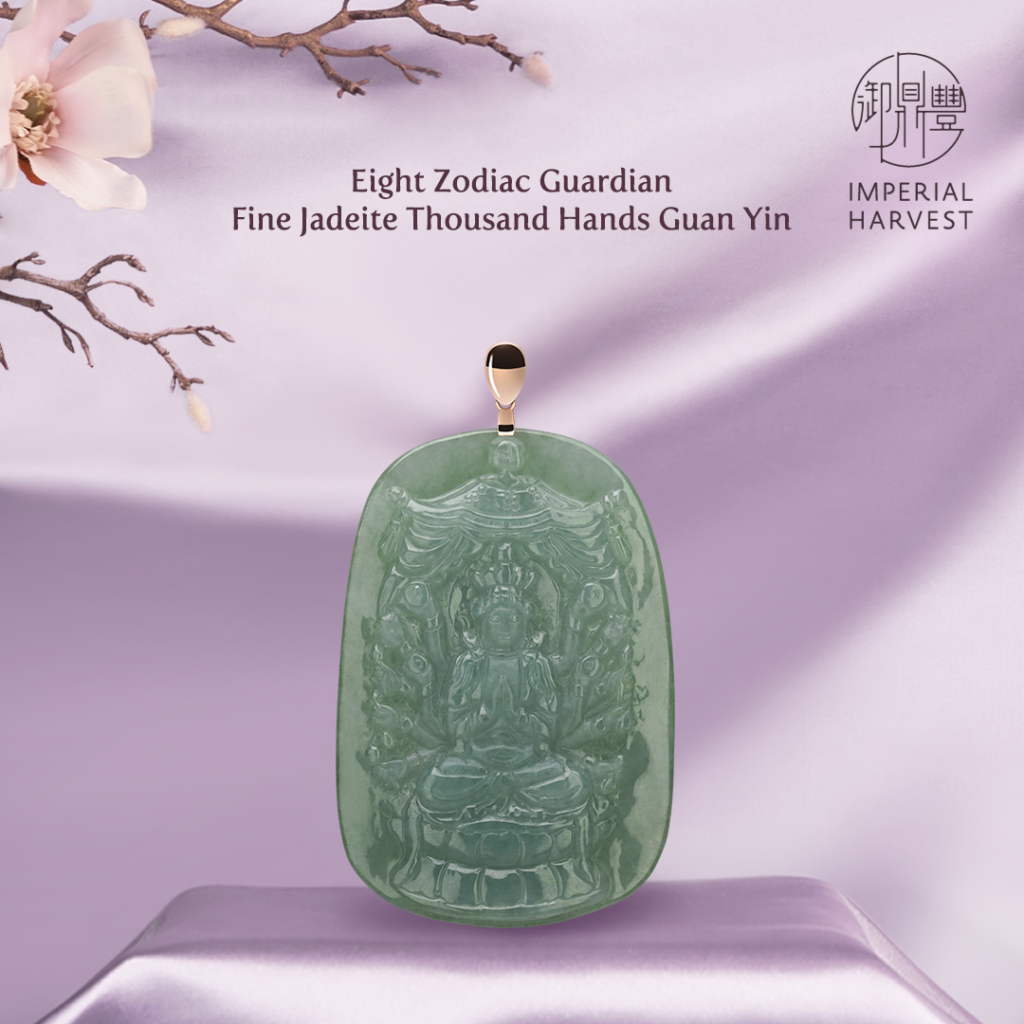 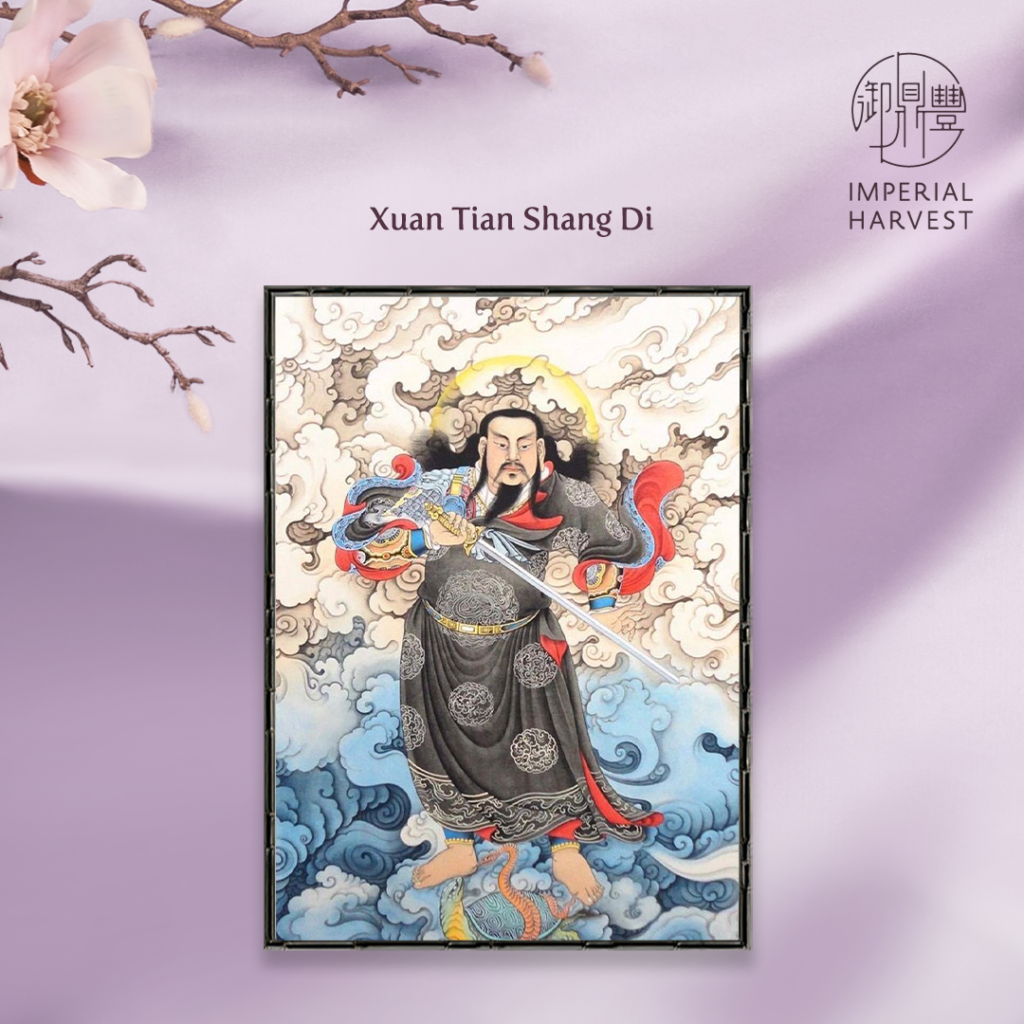 Widely worshipped as the Supreme Wealth God, Xuan Tian Shang Di commemorates his birthday on the third day of the third lunar month, coinciding with 3 April this year.

According to legend, ​​Xuan Tian Shang Di was born into a royal family in the Jing Le state during the time of the Yellow Emperor. His early years opened his eyes to earthly sufferings, leading to his adoption of monastic life. Xuan Tian Shang Di’s triumph over the Demon King was widely celebrated, and he came to be revered as one of the highest-ranking deities in Chinese culture. 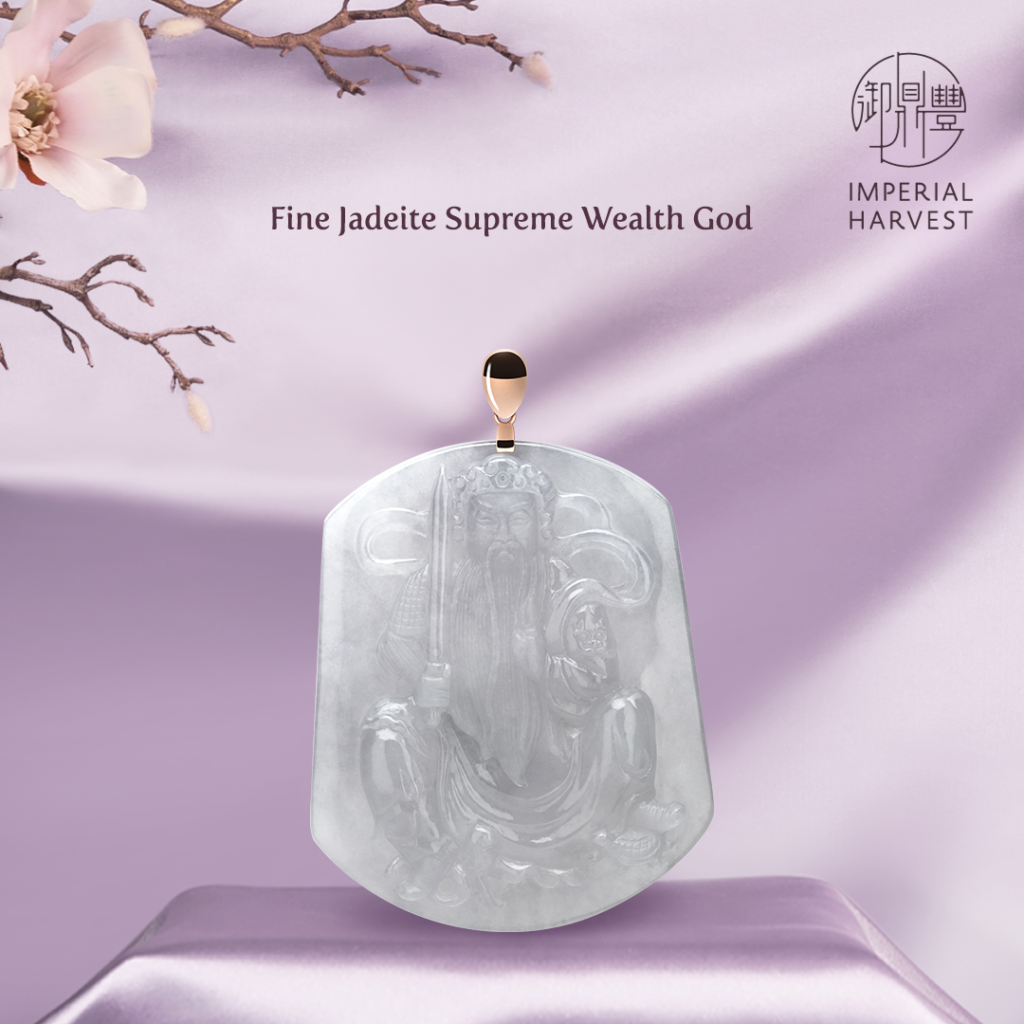 Imperial Harvest pays tribute to the accomplishments of Xuan Tian Shang Di with the Fine Jadeite Supreme Wealth God. Conceptualised by Master David, this impeccable Imperial Harvest treasure is ideal for those looking for the highest levels of financial breakthroughs, and monumental success in their endeavours. Designed with a series of wealth-garnering emblems, it advances its destined owners’ career and business ventures and ushers abundant advances in their wealth.

The Spring Equinox marks an opportune and auspicious moment to leverage the birthdays of the Thousand Hands Guan Yin, Tua Pek Gong and Xuan Tian Shang Di. Imperial Harvest’s expert consultants are committed to helping you prosper your wealth, and aid you in acquiring your ideal fine jadeite treasure.

For our family of blessed clients, do drop by during this auspicious period for a complimentary re-blessing.

Simply reach out to your trusted Imperial Harvest consultant, and they will arrange a session for you at +65 91221826.