Emperor Qian Long is regarded as one of the world’s most powerful and influential figures in the 18th century. Besides his talents in military campaigns and politics, he is also known as one of the most cultured non-Chinese rulers in Chinese history, with great intellectual and artistic accomplishments as well as a passion for Imperial Feng Shui.

He was often depicted in portraits engaging in various intellectual activities, in an elegant setting surrounded with Jadeite Mountain, Imperial White Inkstone and Imperial Harvest Grade Crystal for the scholar’s desk. 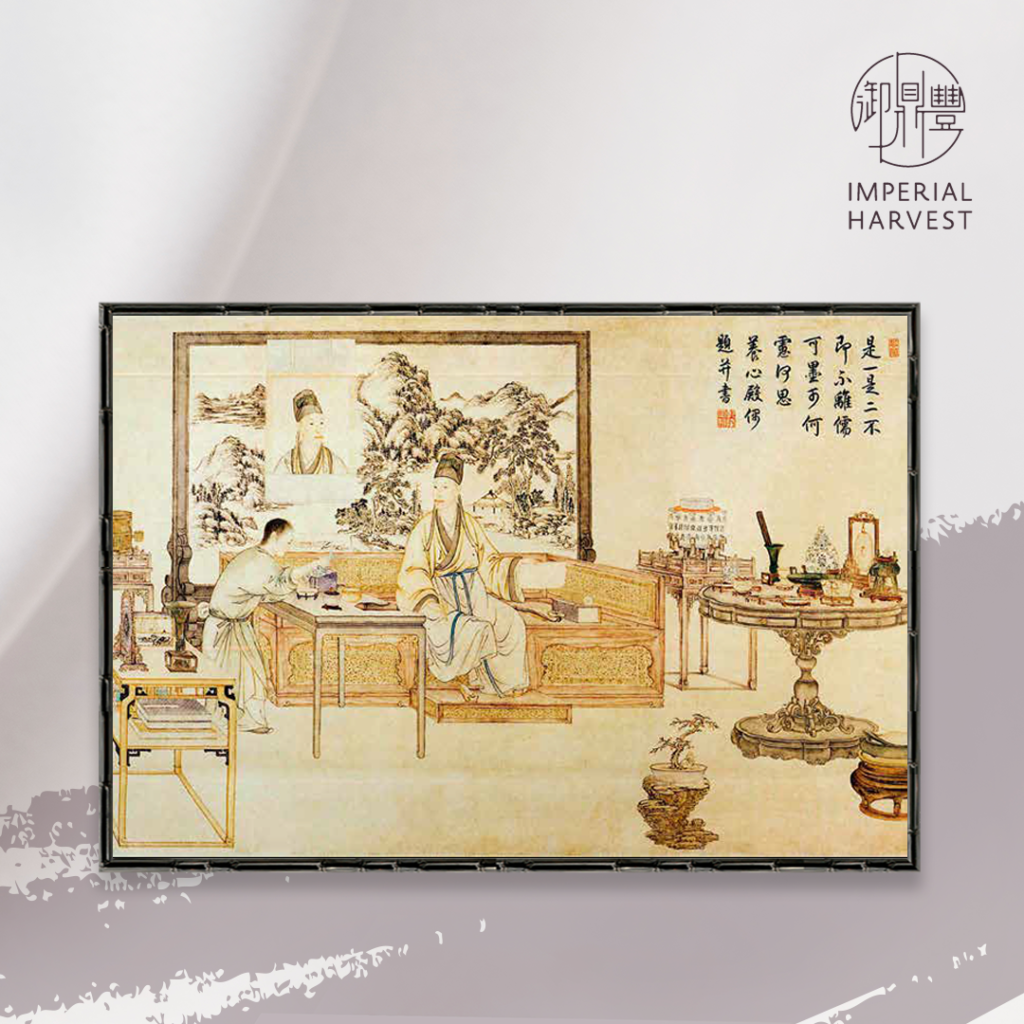 Emperor Qian Long demonstrated a keen interest in the art of Imperial Feng Shui through intense engagements in all manifestations of this interest.

From exploring the sources of jadeites via military conquests to supervising production, he also encouraged Imperial Feng Shui innovation and initiated new trends.

His profound love of jade and respect for the art of Imperial Feng Shui is revealed in the way his sons were named. The princes’ names had a Chinese character associated with this beautiful precious gemstone.

The second character in all their personal names refers to a jade-like precious stone, while the first ‘yong 永’ represents a wish for longevity, just like jade.

As a strategic and capable militarist, Emperor Qian Long was proud of the ten remarkable triumphs on the frontiers which won him the nickname ‘Old Man of the Ten Perfect Victories (shiquan laoren 十全老人)’. Three of them are connected with Eastern Turkestan (now modern-day Xinjiang region)—two pacifications of the Dzungars (1755-1757) and the quelling of the Muslim tribes in 1759.

The conquest signified the epitome of the Emperor Qian Long’s military achievement of expanding the borders. To a jade connoisseur, ruling over the Xinjiang territory means having unparalleled access to the source of raw jade. 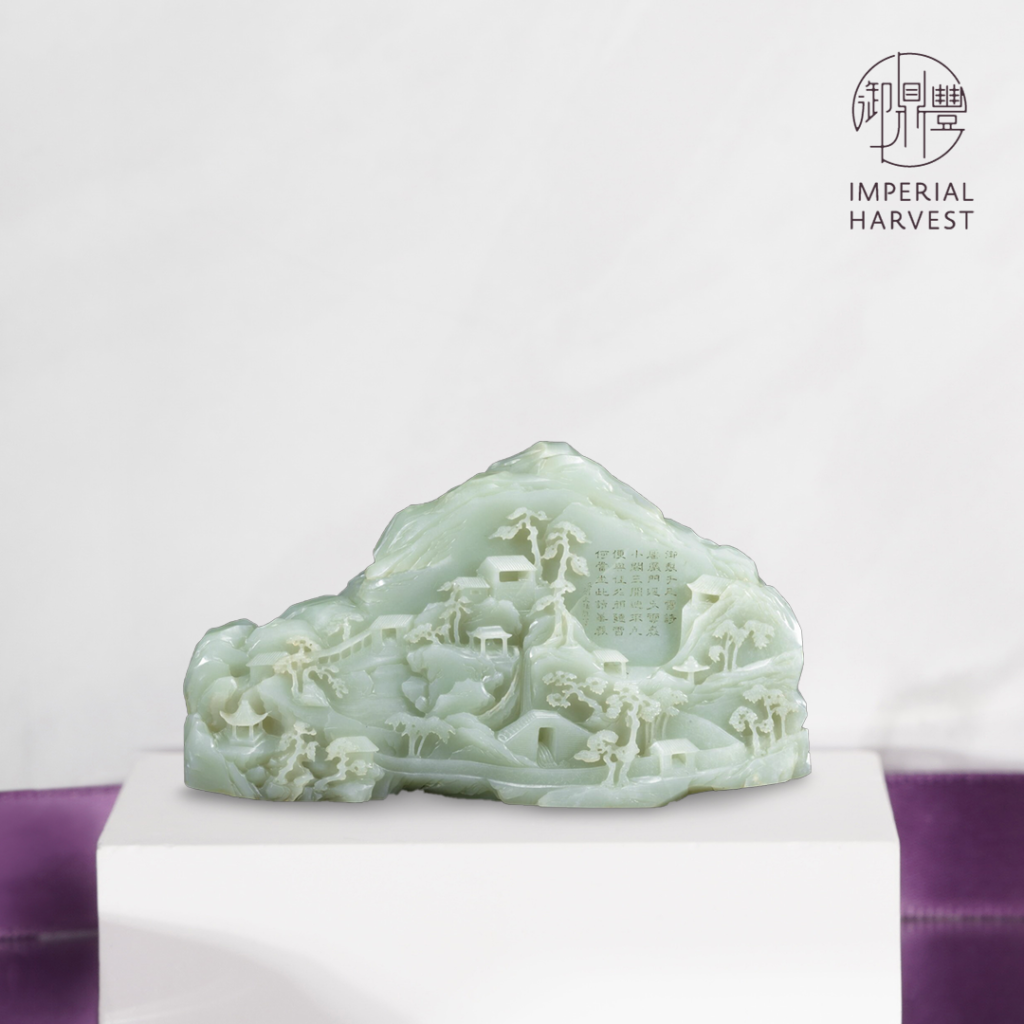 The firm control over the supply of raw jade led to an unprecedented breakthrough in Imperial Feng Shui.

After acquiring the firm control of raw jade supply, Emperor Qian Long worked with his team of Imperial Feng Shui masters to create a new genre of jadeite ornament known as the ‘Jade Mountain’ (玉山子), when large jadeite boulders became available from the Xinjiang region after 1759.

From the 1760s to the 1790s, Qian Long decreed that the imperial artisans collaborated with the local craftsmen in the south to produce a group of majestic jade mountains based on ancient or contemporary paintings. 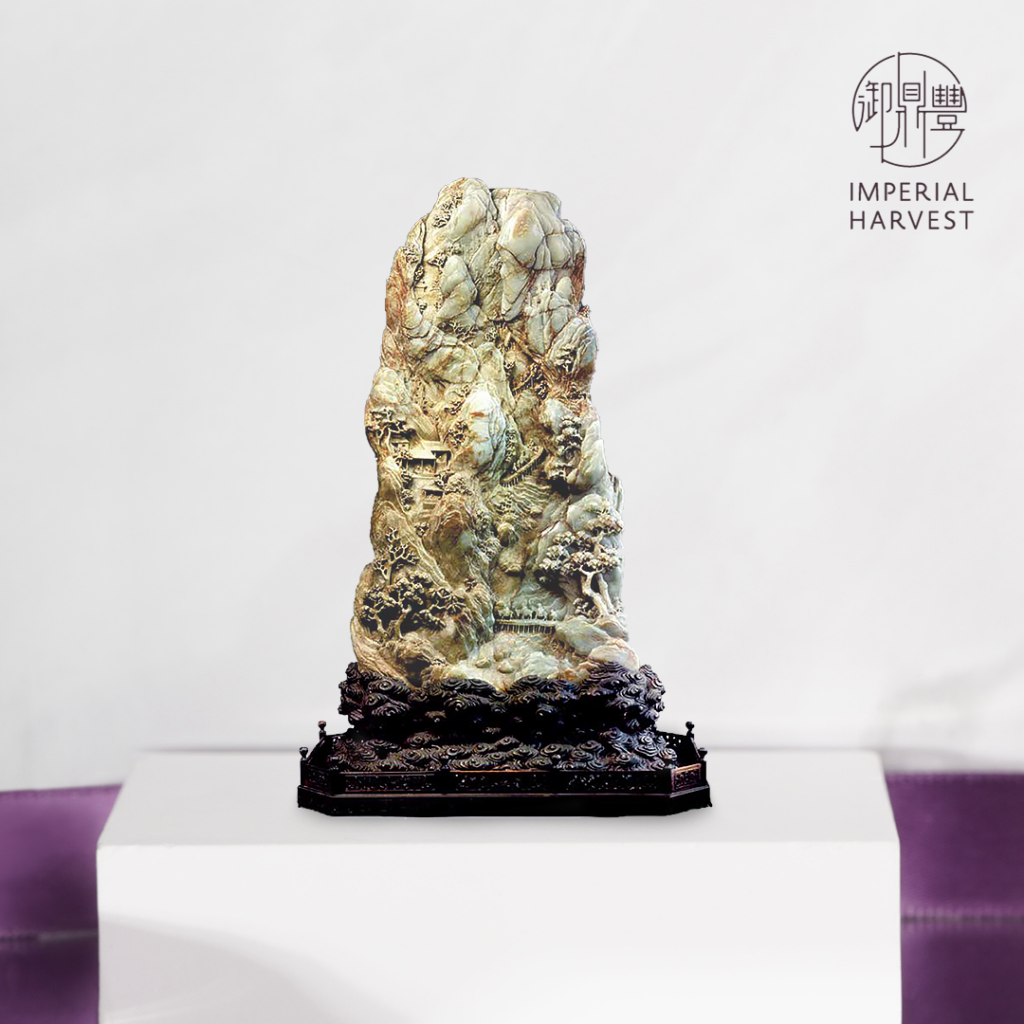 The best known of these are Travelling in Autumn Mountains (秋山行旅圖); The Great Yu Taming the River (大禹治水圖) and Nine Elders of Huichang (會昌九老圖).

Each jade mountain project depicts a momentous painting, either an ancient painting from the imperial collection or the emperor’s favourite work by a contemporary painter.

Due to the irregular shape of the jade boulder, producing such intricate and immaculate designs and carvings is a tall order even for the most experienced imperial artisans. 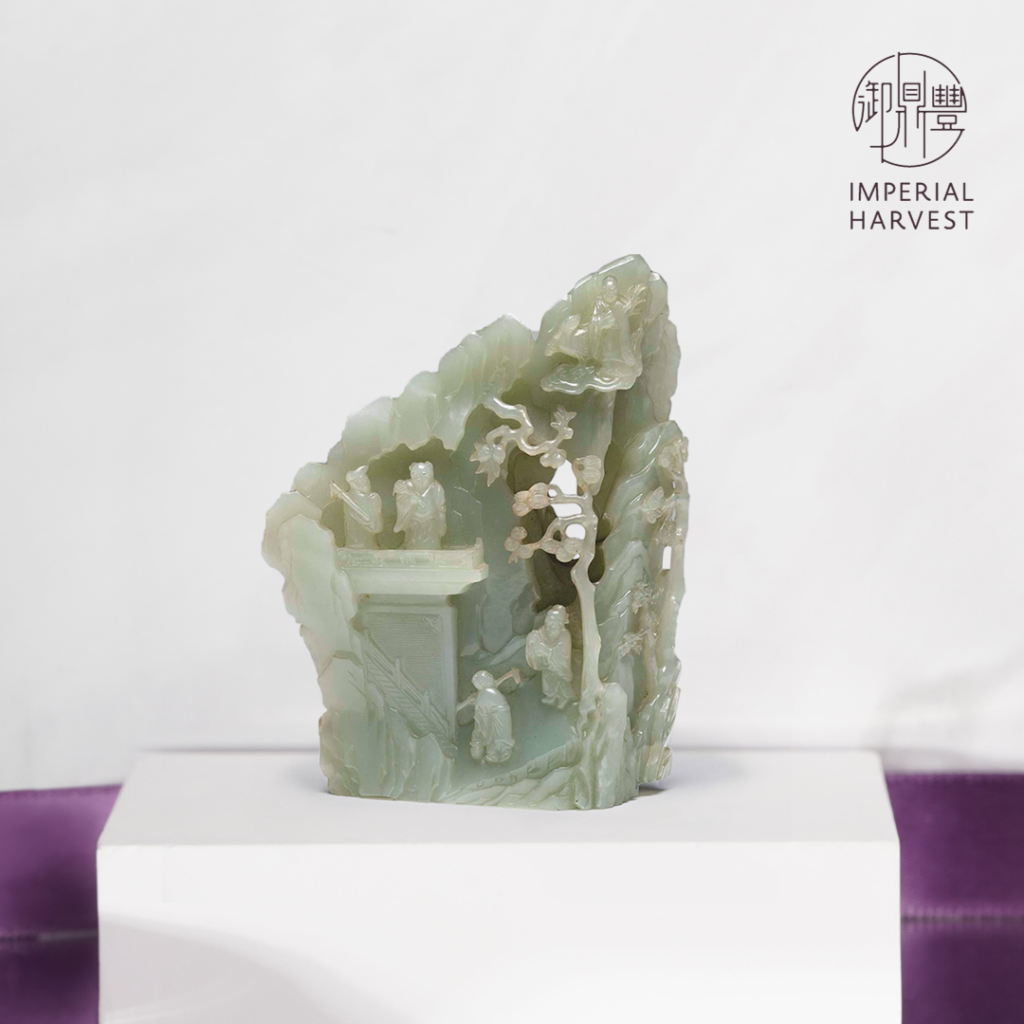 Before the workshops can even produce a jade mountain, the Imperial court painters had to create paper drafts of various perspectives and interpretations of the design. The models and prototypes were made of wood, stone and wax which will be presented to Emperor Qian Long for approval before they are handed to the imperial artisans.

Each jade mountain showcases Emperor Qian Long as the pioneer to these exceptional masterpieces. They bear lengthy imperial inscriptions and seals which resemble a picture colophon signature which can be found in paintings displayed around the imperial palace.

Unlike other stones, jade production requires a laborious grinding process due to its exceptional hardness and toughness.

Emperor Qian Long’s stringent demands for jade carvings to portray elegance and life-like details presented a technical challenge; which is to create the same effects on hard stone as brushwork on paper.

Over the years, we have deployed and installed Imperial Harvest Qian Long Jadeite Mountains at many blessed clients’ homes and offices to empower them with auspicious benefactors, wealth and success.

Metal mountain refers to a mountain with a round top and is deemed as one of the most powerful wealth creation mountain features that can bring a tremendous amount of wealth and benefactor support. 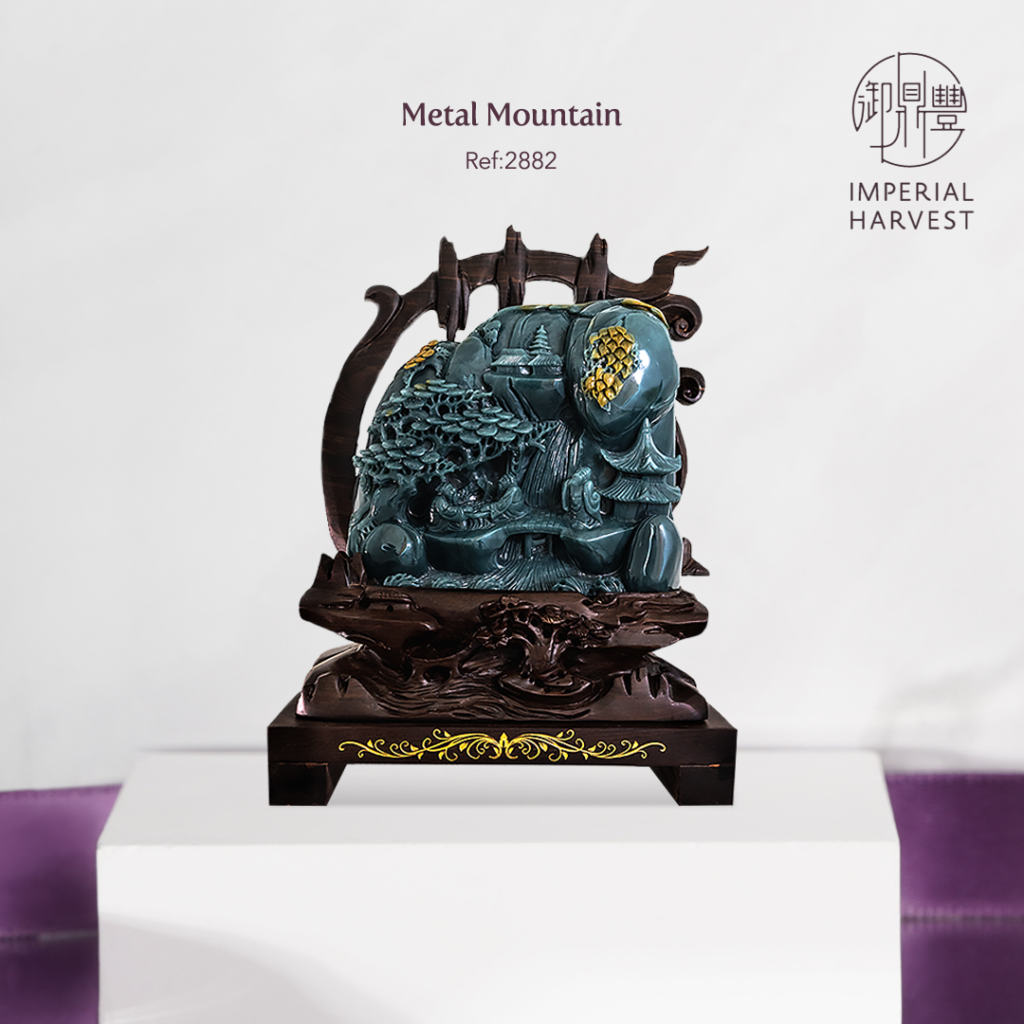 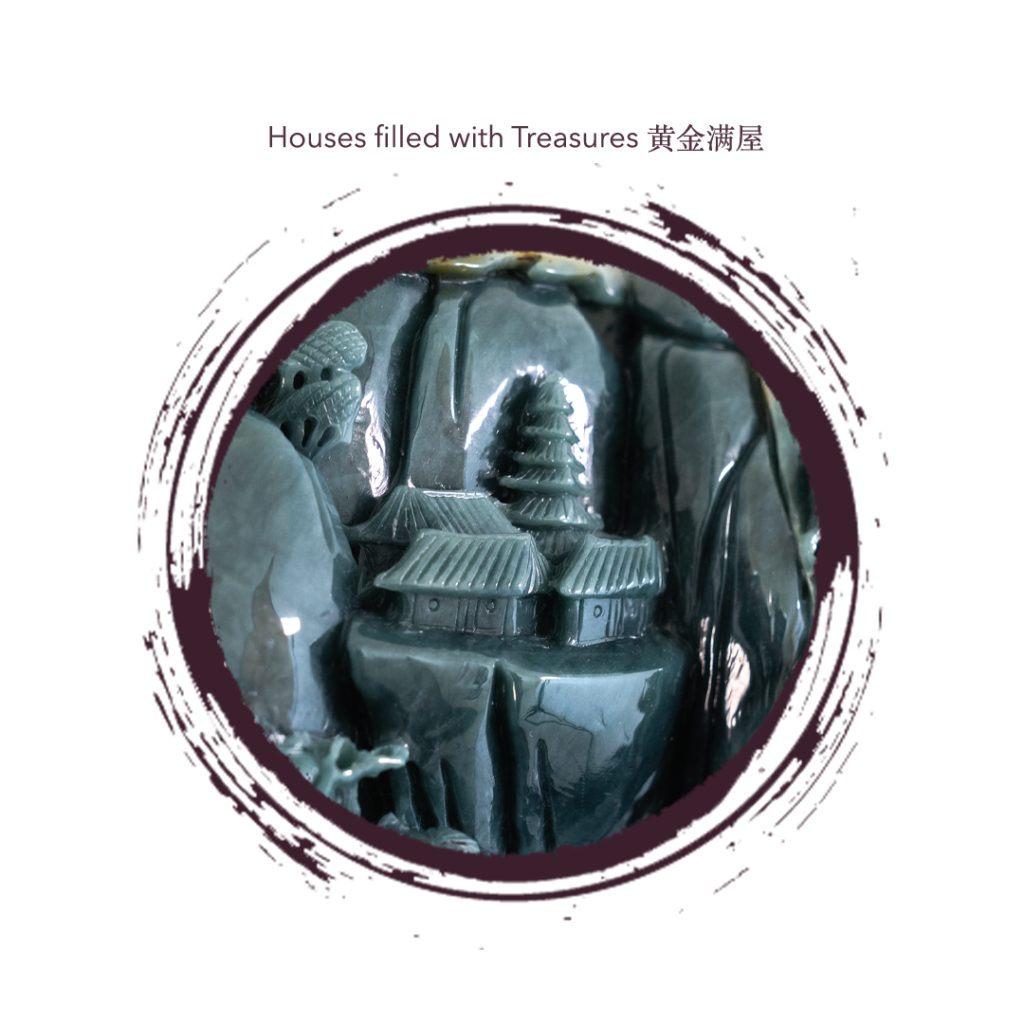 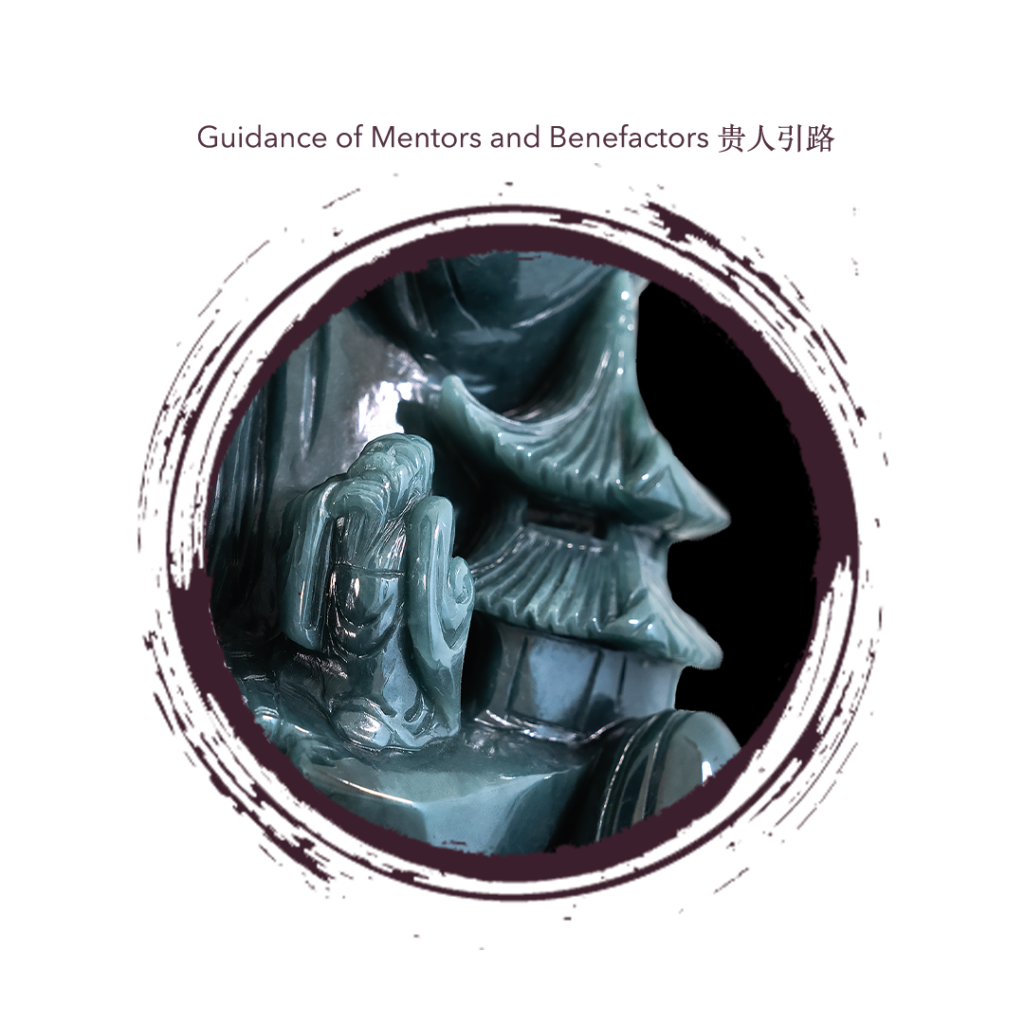 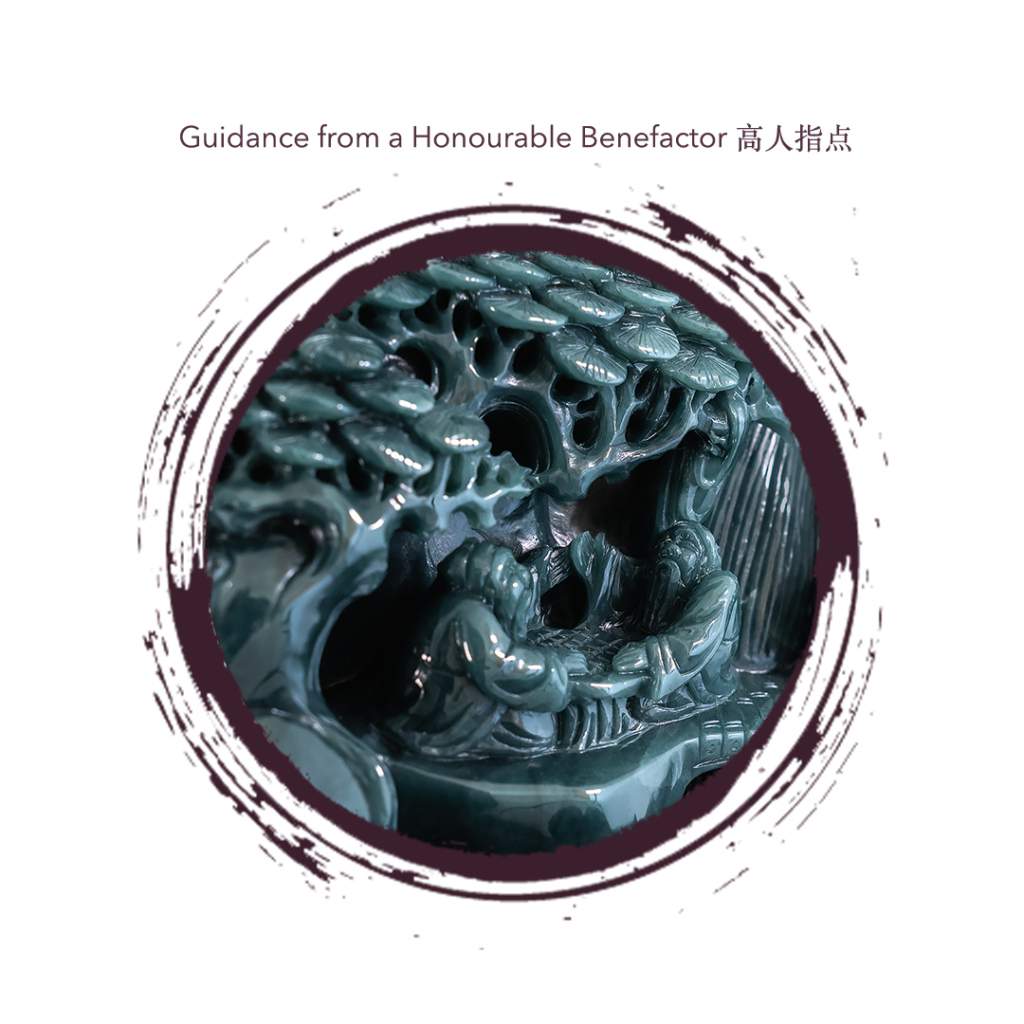 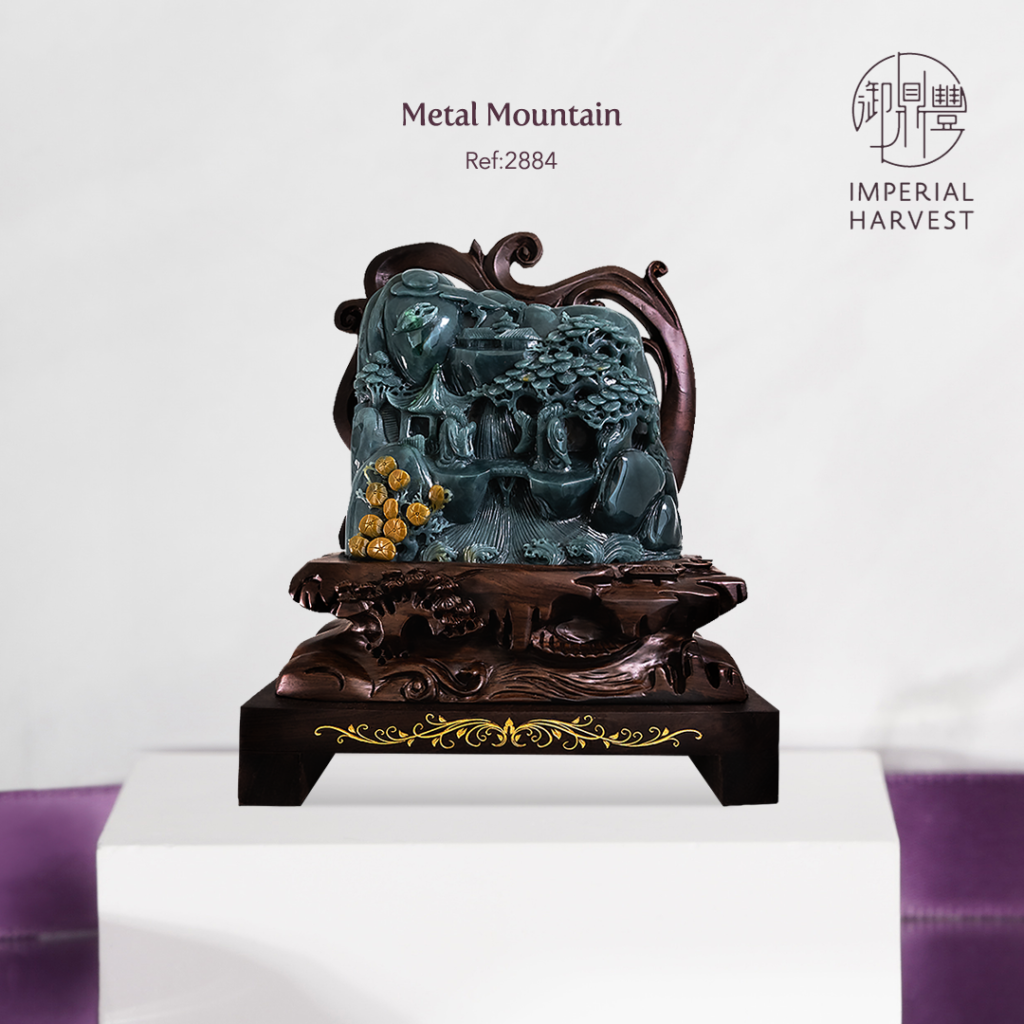 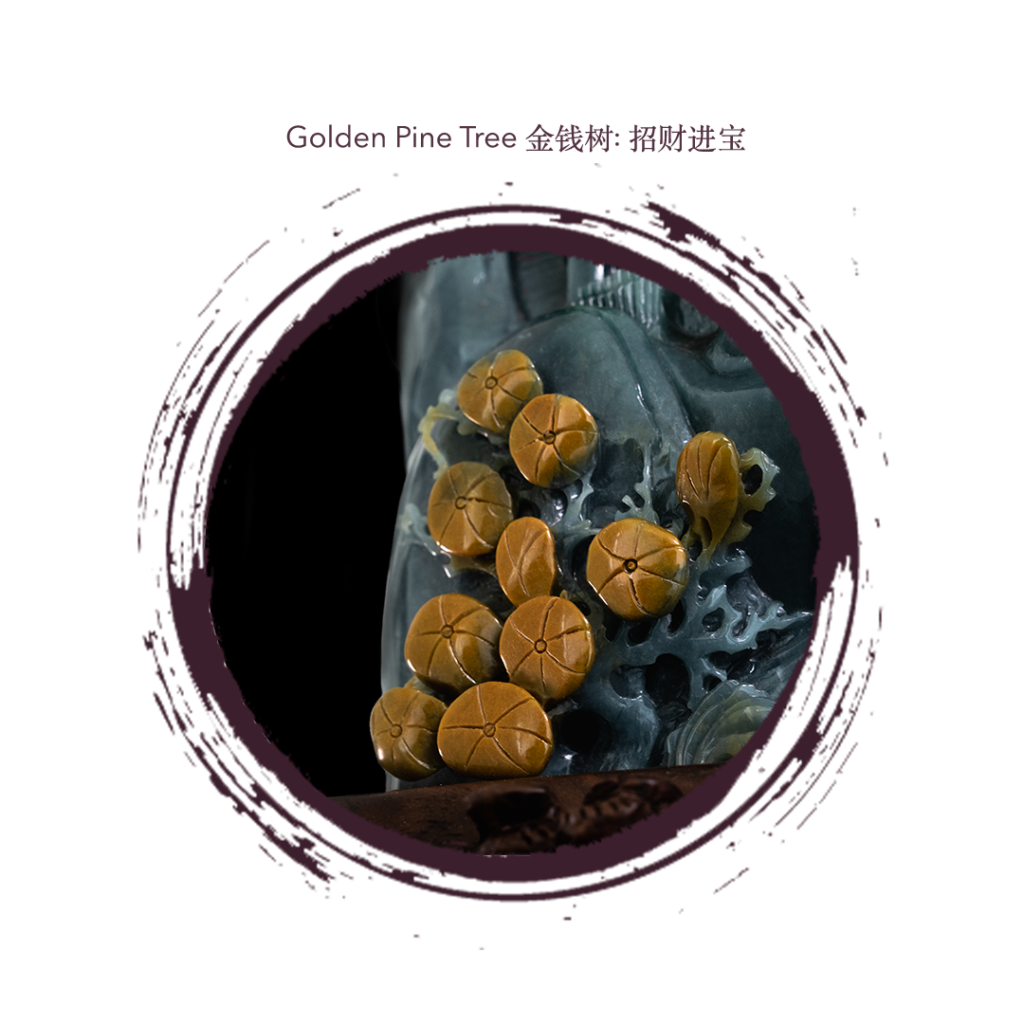 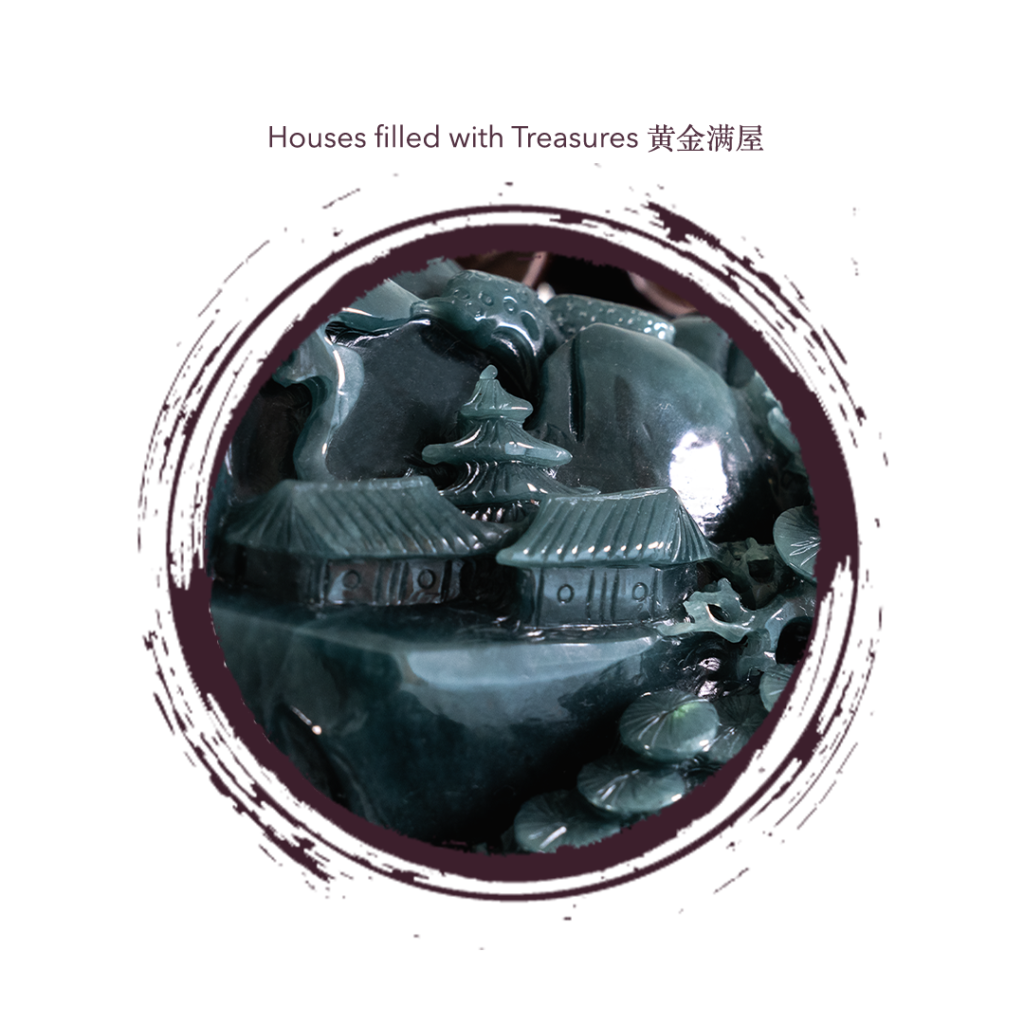 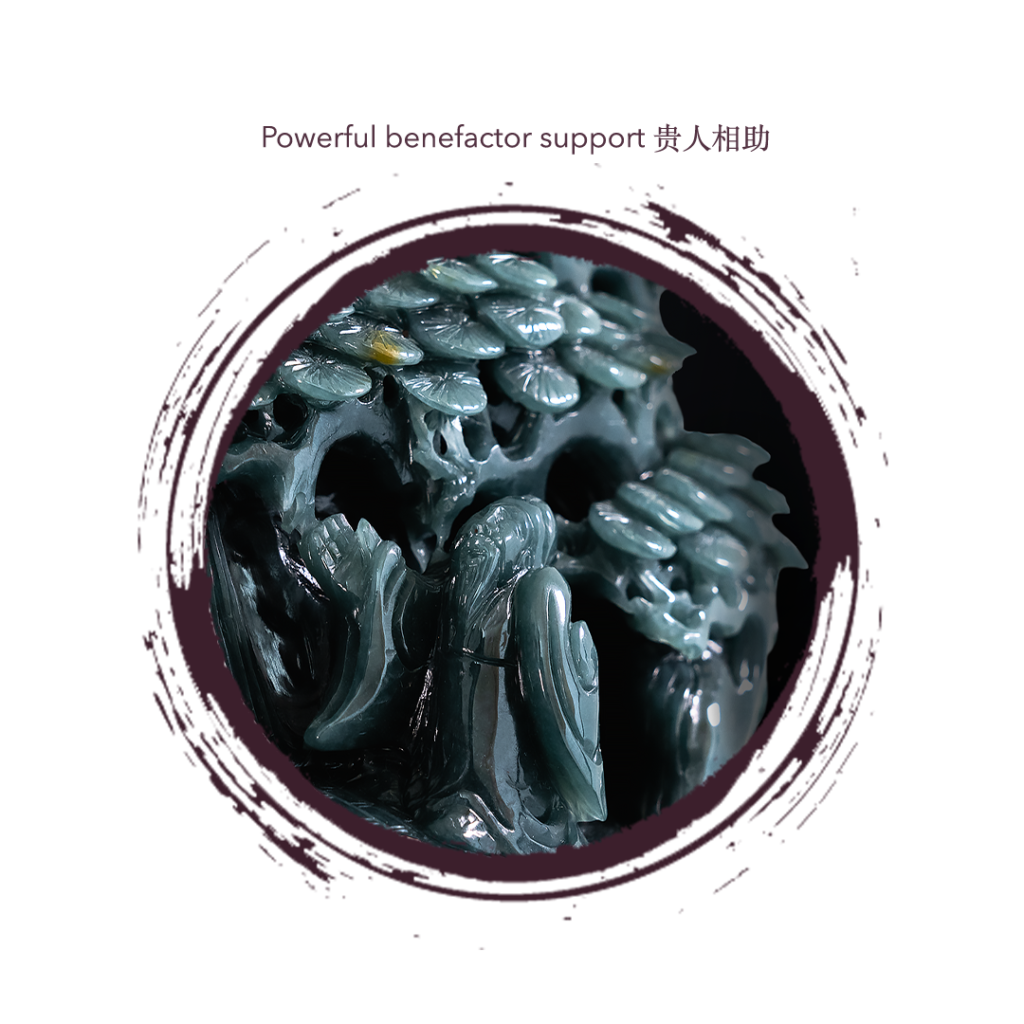 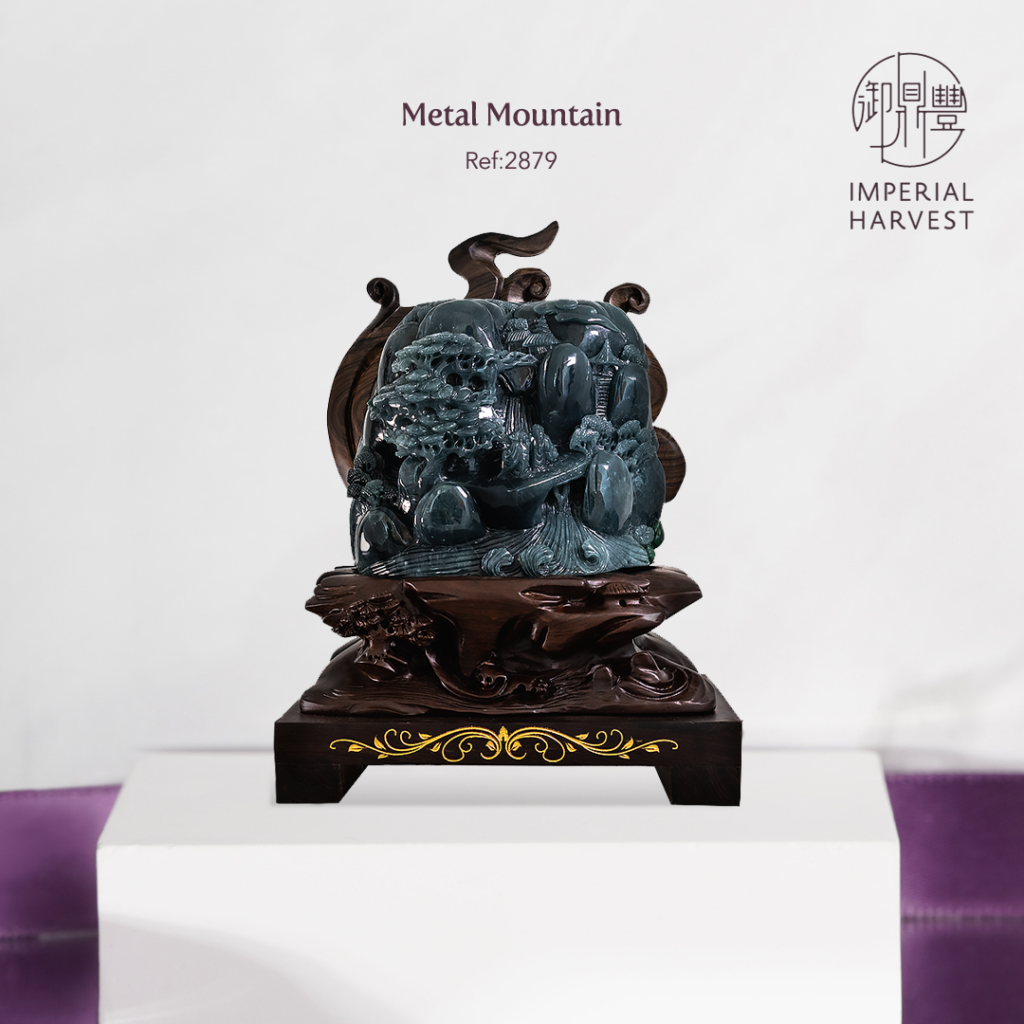 <sold to a blessed client> 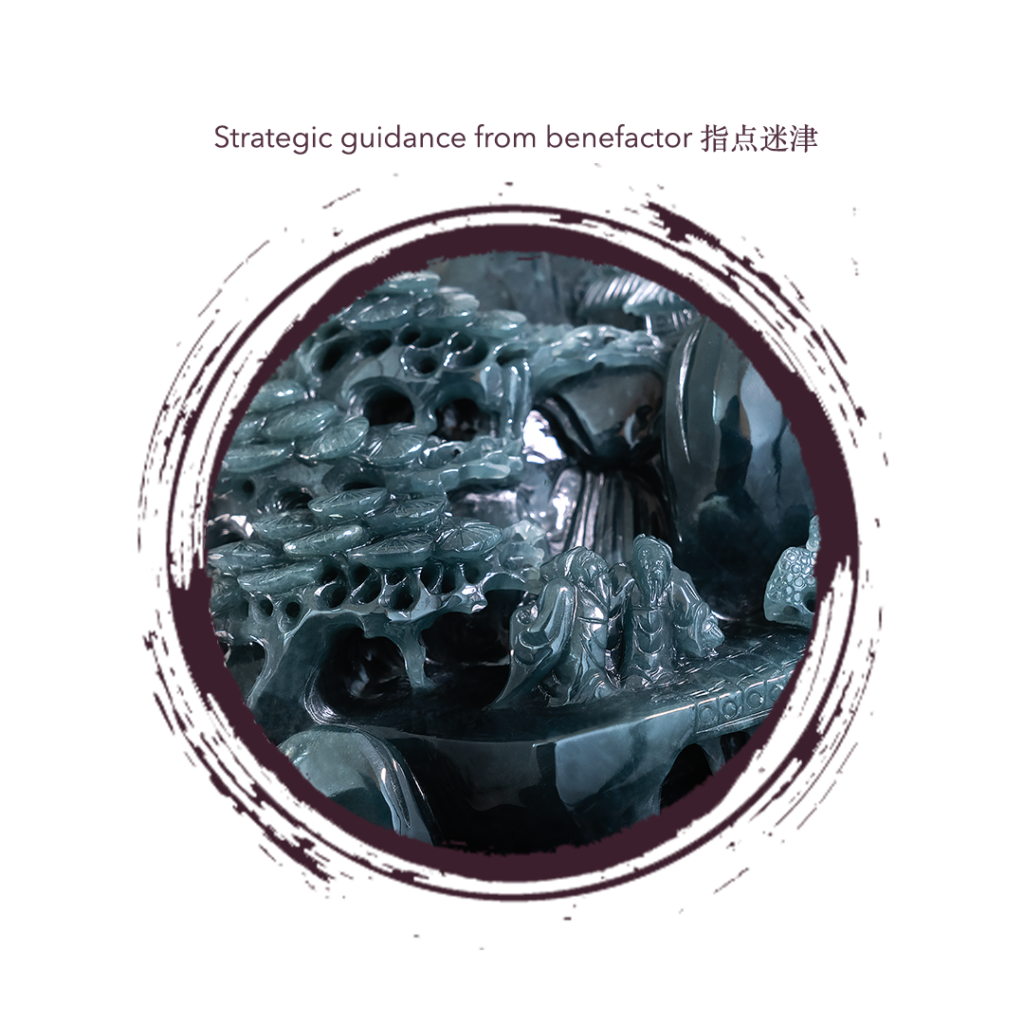 Earth mountain is a mountain with a flat top, it empowers you with strategic benefactors to help you rise to the top of the corporate ladder. Benefactors are people who provide us with advice and guidance to embark on the path of least resistance to achieve financial and relationship success.

They usually appear at strategic moments to guide us through challenges and obstacles, while also inspiring us with new business and investment ideas to accomplish breakthrough results in our ventures and investment returns. 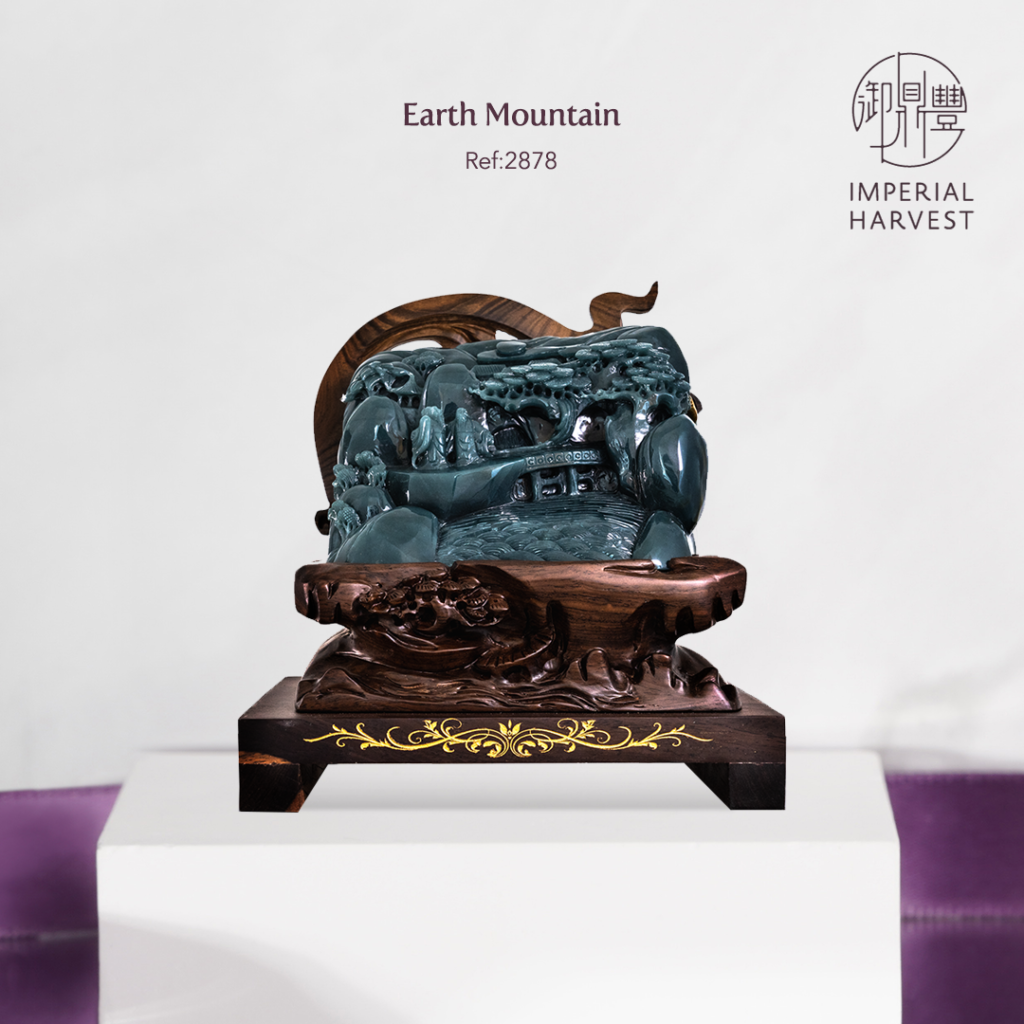 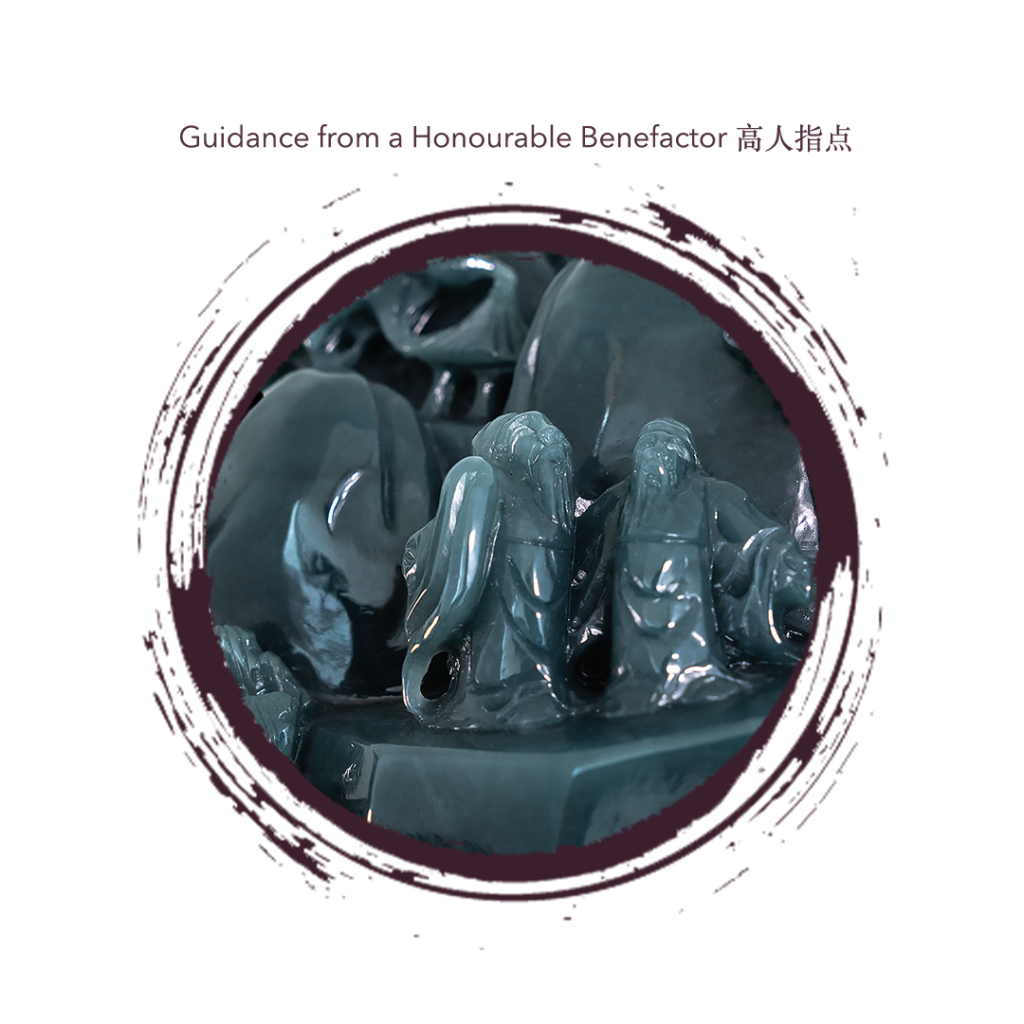 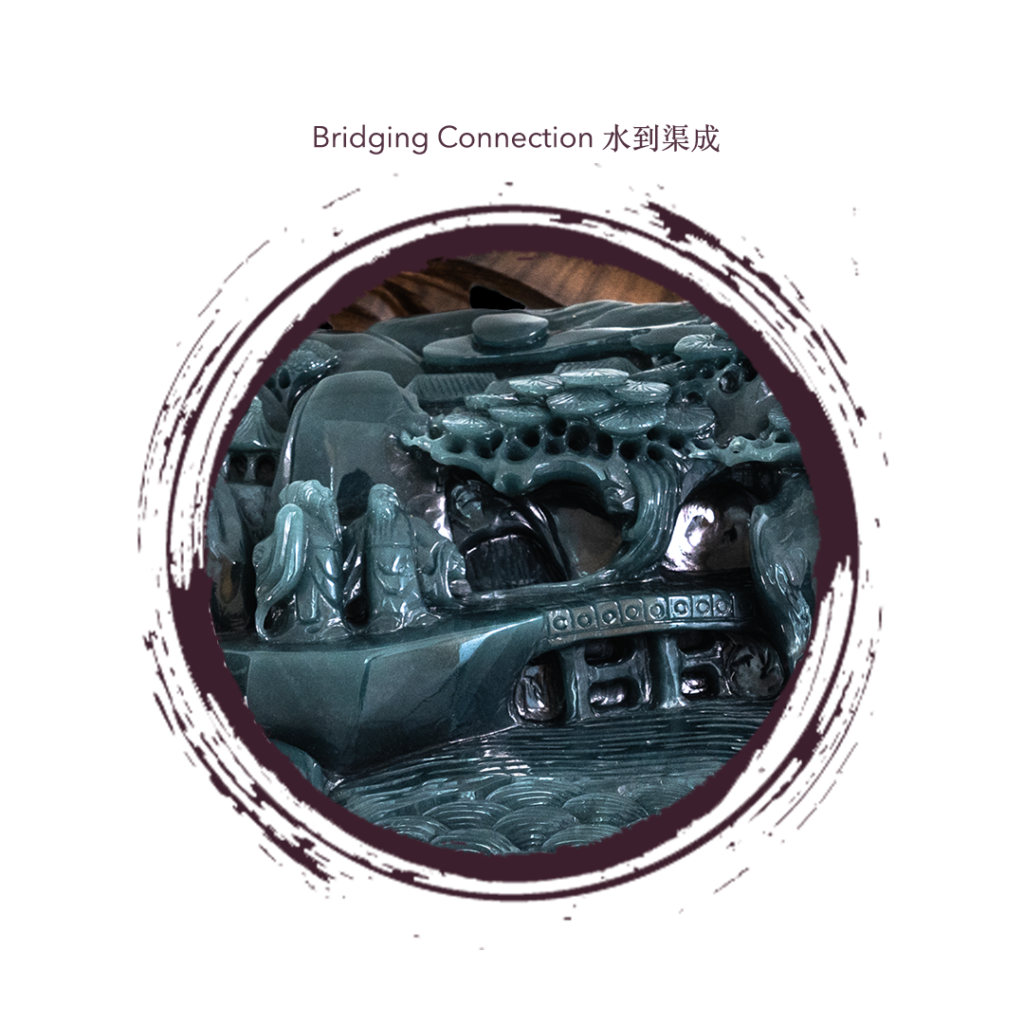 Wood mountain refers to a mountain with a conical top. In Chinese, it is known as 贪狼星 (Greedy Wolf Star). It is also ideal for raising children with high scholastic achievements. To become a successful business owner, you need to be innovative and constantly be on the lookout for golden opportunities to take your business to the next level. 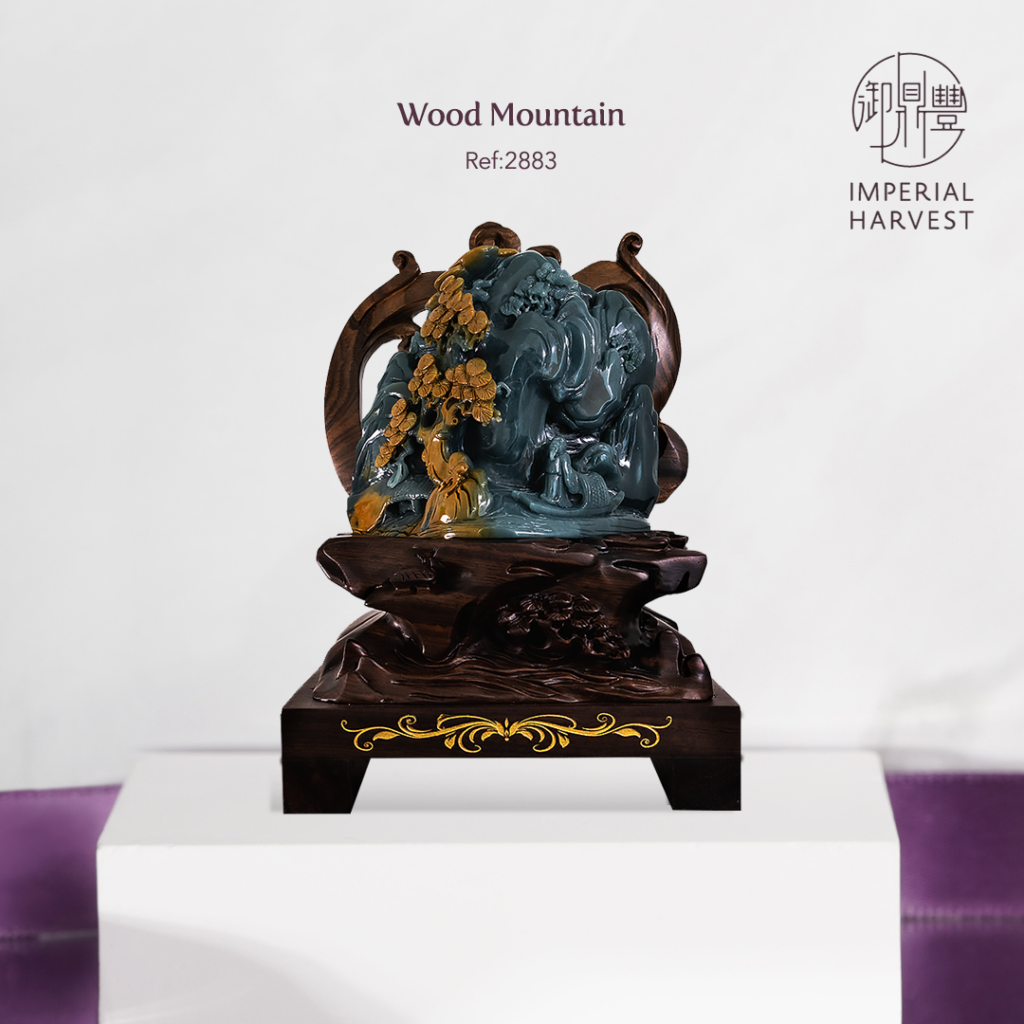 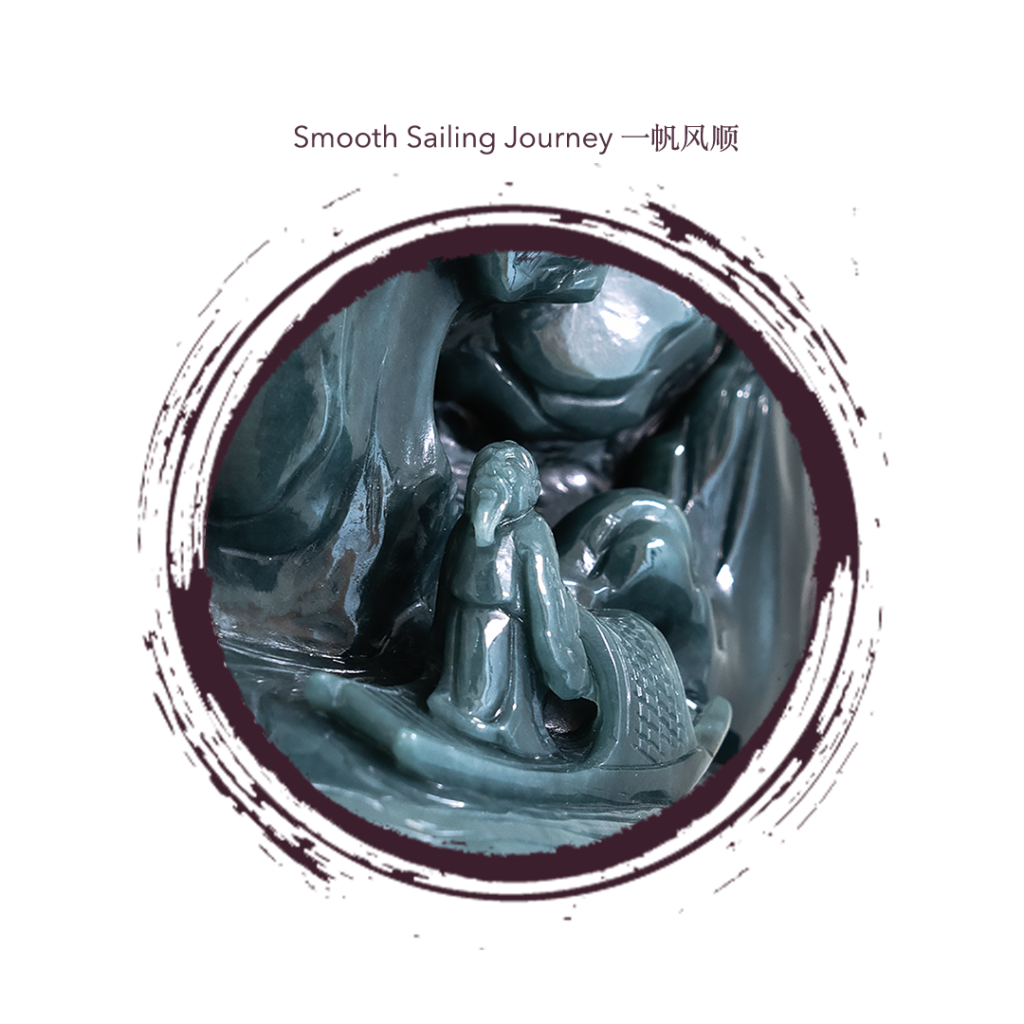 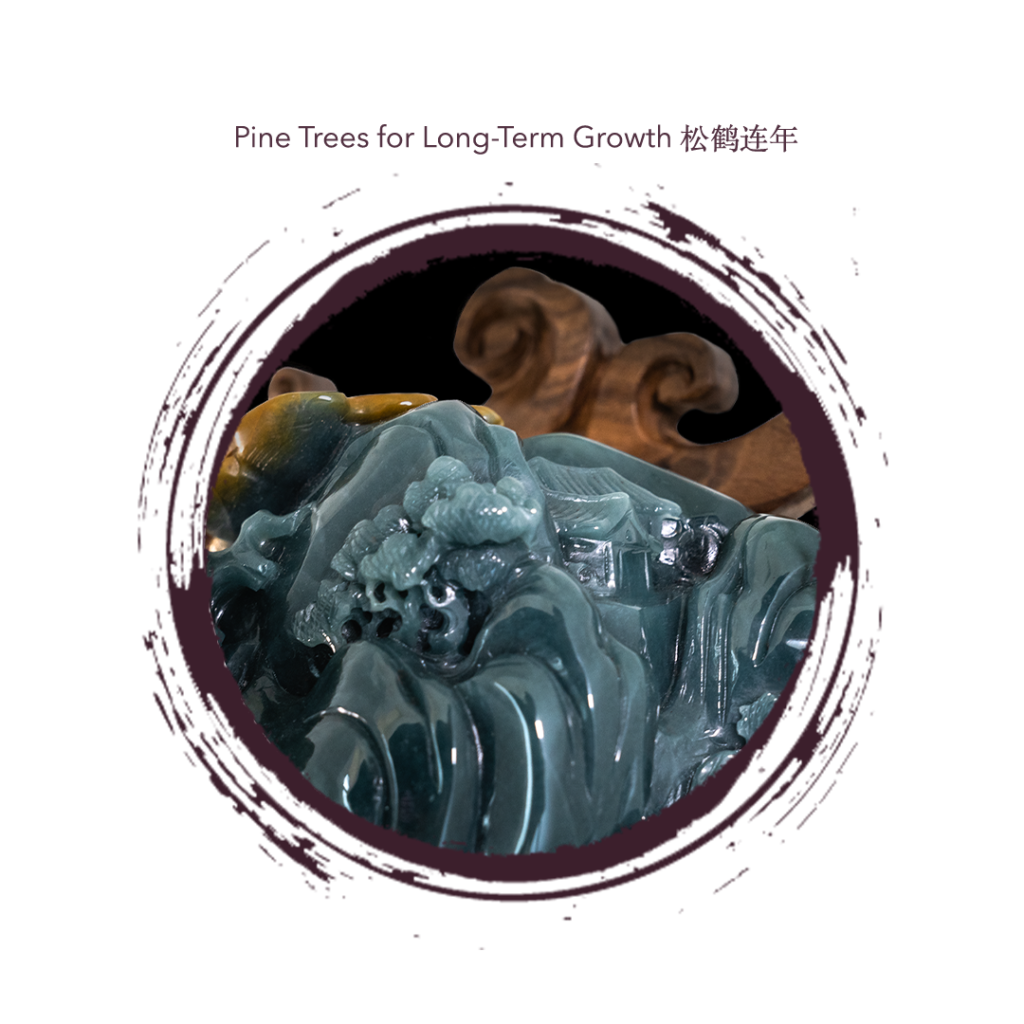 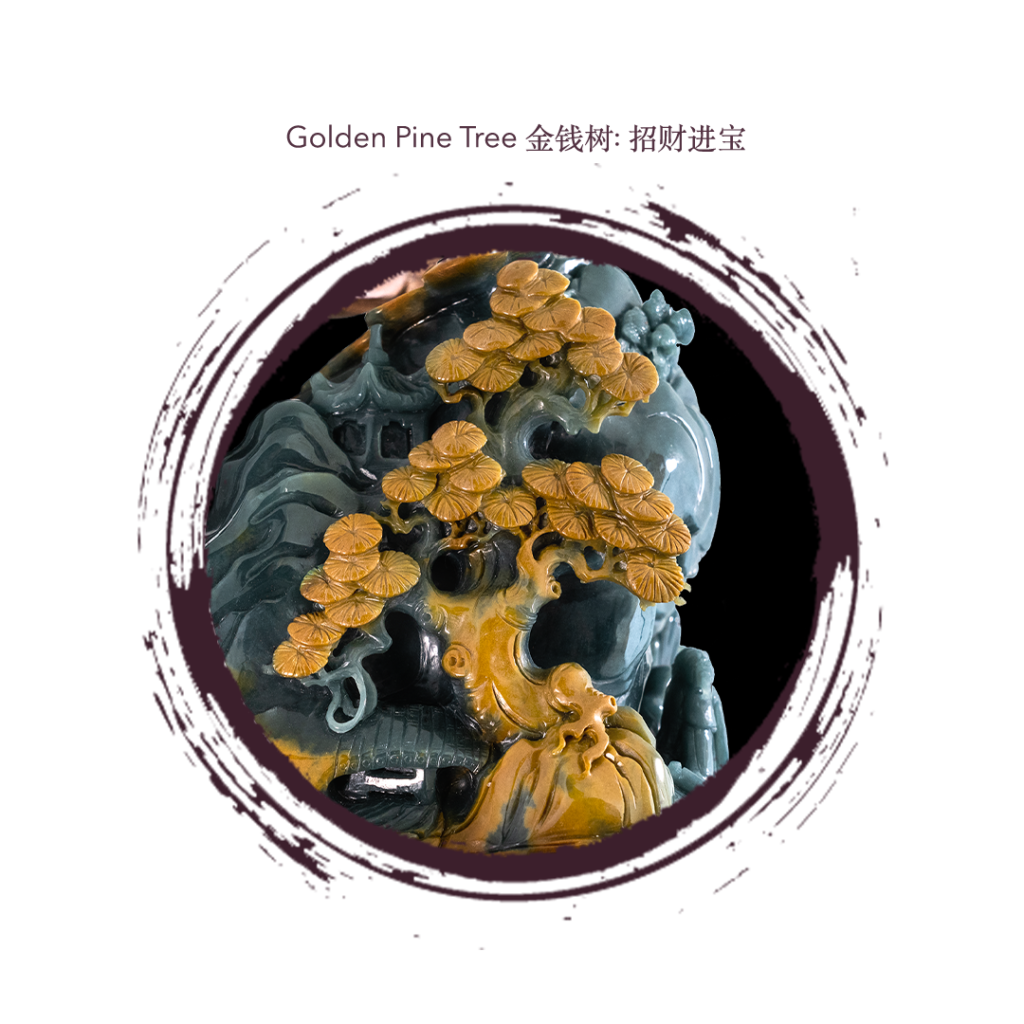