Posted by Imperial Harvest on 26 August 2020

Since ancient China, the Imperial Dragon has been highly revered and regarded as the most auspicious emblem of wealth, power and authority. The Imperial Dragon is known as the greatest divine force on earth and is synonymous with the Chinese emperors.

Legend of the Imperial Dragon 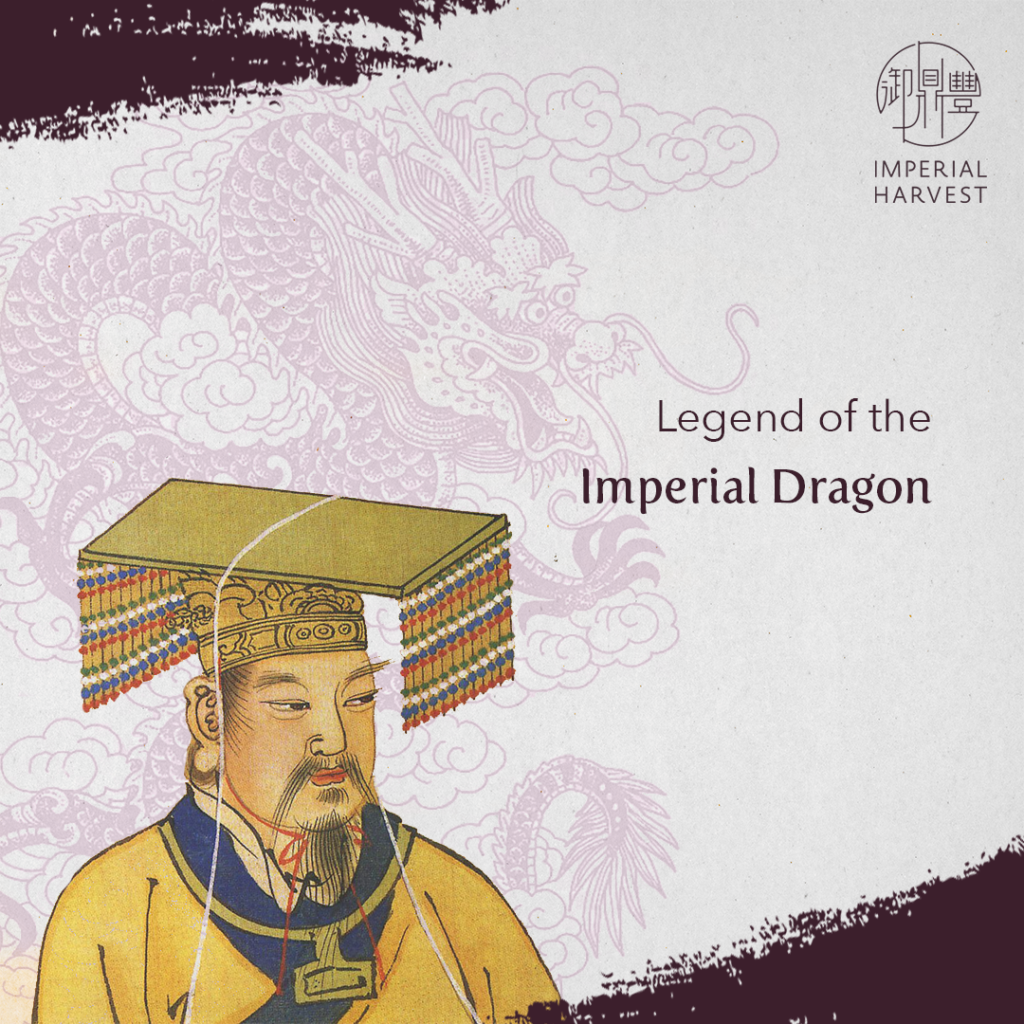 According to Chinese legends, the Yellow Emperor (黄帝) was said to have been immortalised into a dragon and ascended to heaven at the end of his reign.

As such, Chinese emperors were often referred to as “the descendants of the dragon as they considered the Yellow Emperor as their ancestor. Hence this explains the presence of the dragon motifs on the Emperor’s robe, throne and throughout the imperial palace.

Dragons are classified into different tiers in Chinese culture which are differentiated by their number of claws. Dragons with 5 claws are the ultimate symbol of wealth and power used only by the Chinese emperors to represent their divine rank and royal status,

In Imperial Feng Shui, the Imperial Dragon is one of the most important symbols of power, wealth and prosperity. The divine creature empowers individuals with the spirit of personal development, wisdom and foresight to overcome adversities and achieve greater breakthroughs. 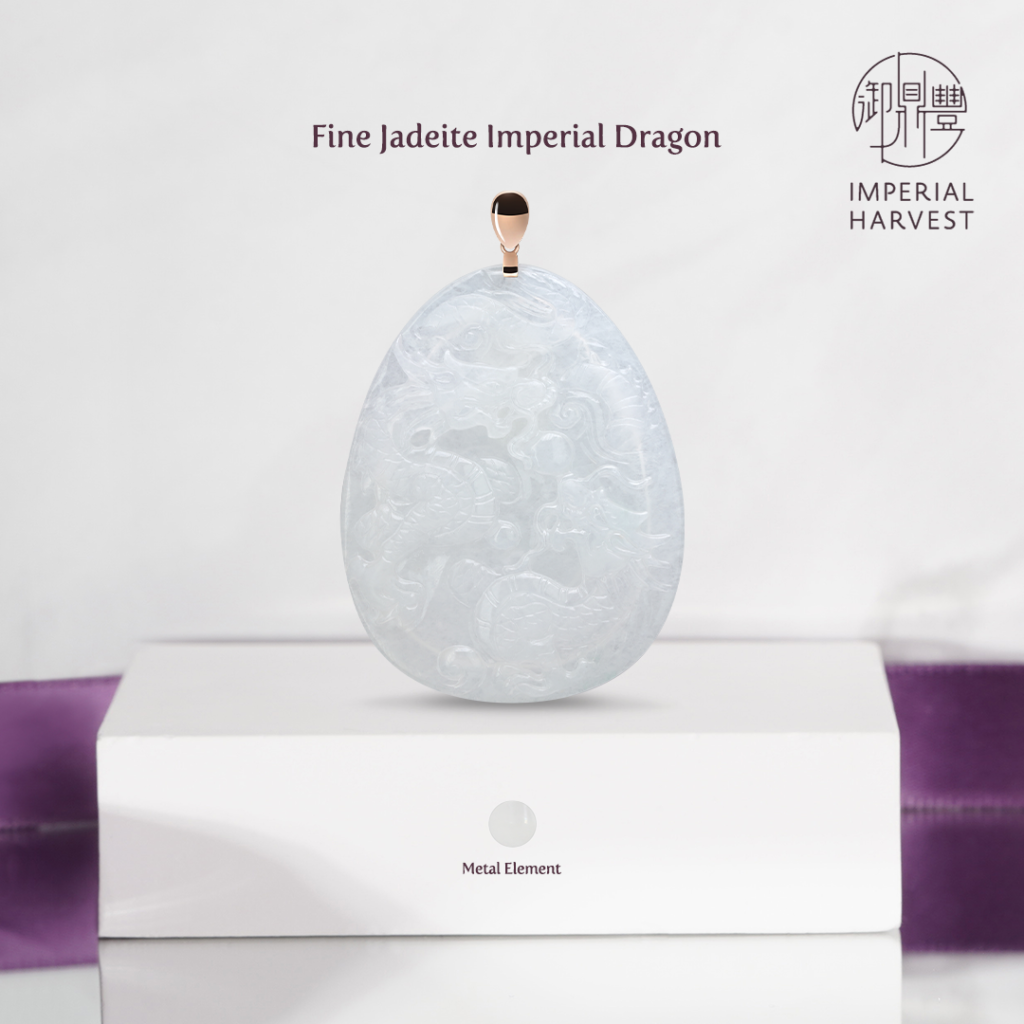 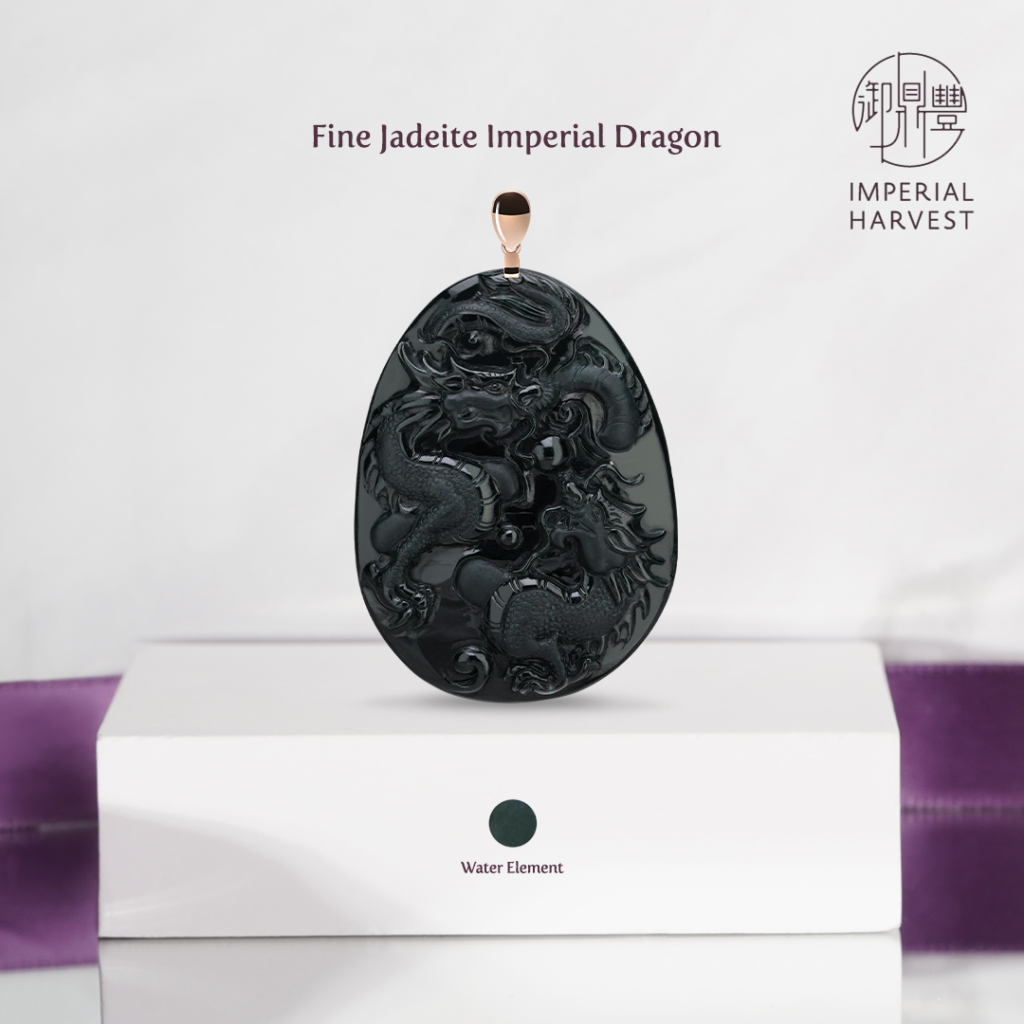 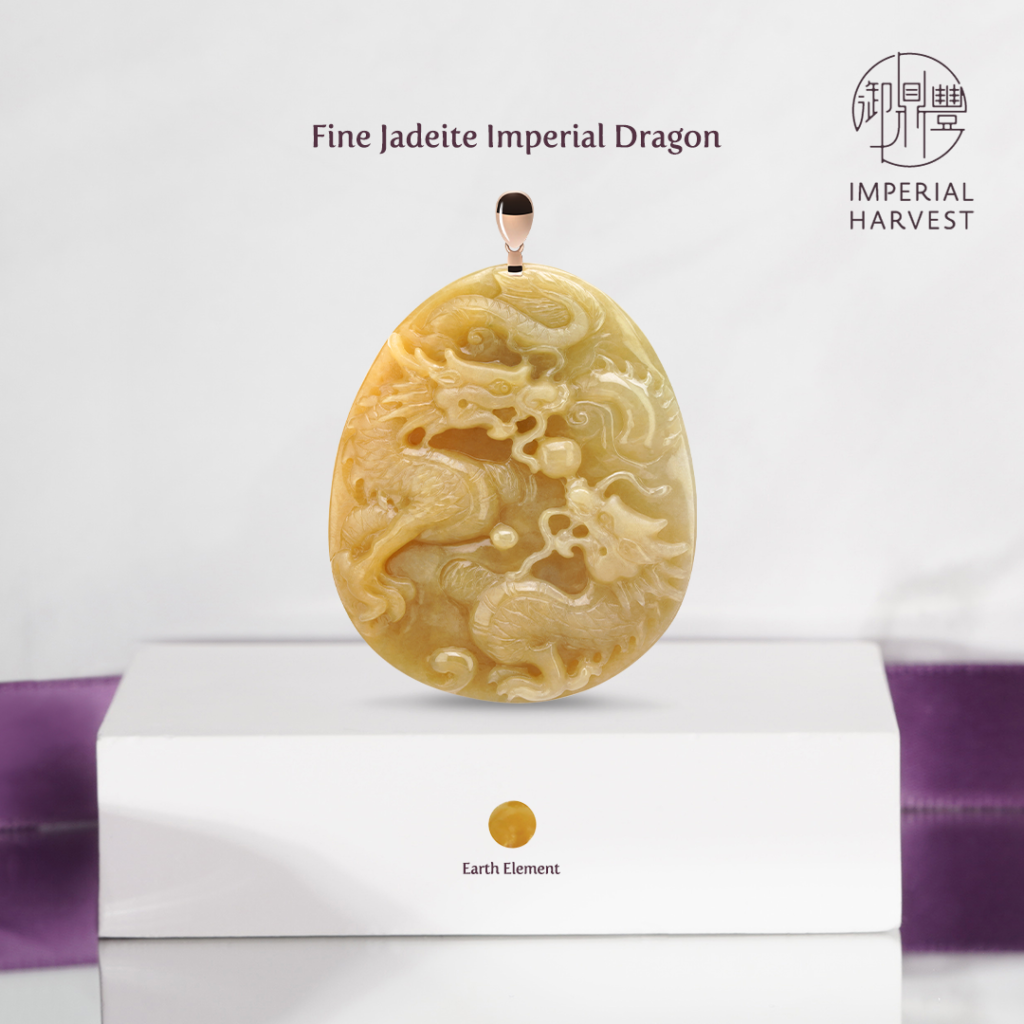 Imperial Harvest’s Fine Jadeite Imperial Dragon is one of the most powerful Imperial Feng Shui collections, it is the ideal treasure for ambitious entrepreneurs and corporate professionals looking to supercharge their success and rise to the top of their respective fields. 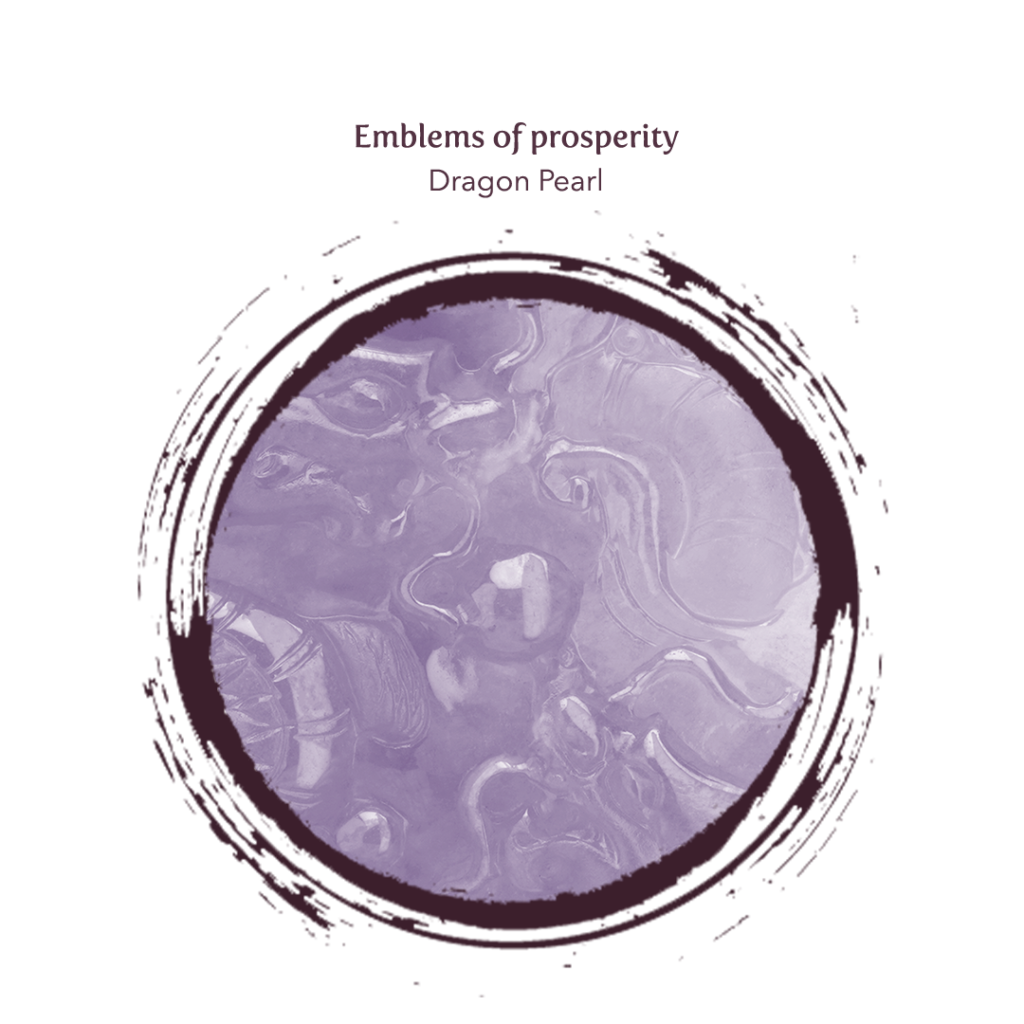 According to legends, Tian Long (天龙) is the celestial dragon that guards the Heavenly palace and Shen Long (神龙) summons wind and rain.

The illustration of the duo chasing a dragon pearl in the Heavens represents its destined owner’s ability to safeguard their assets and grab hold of golden opportunities. 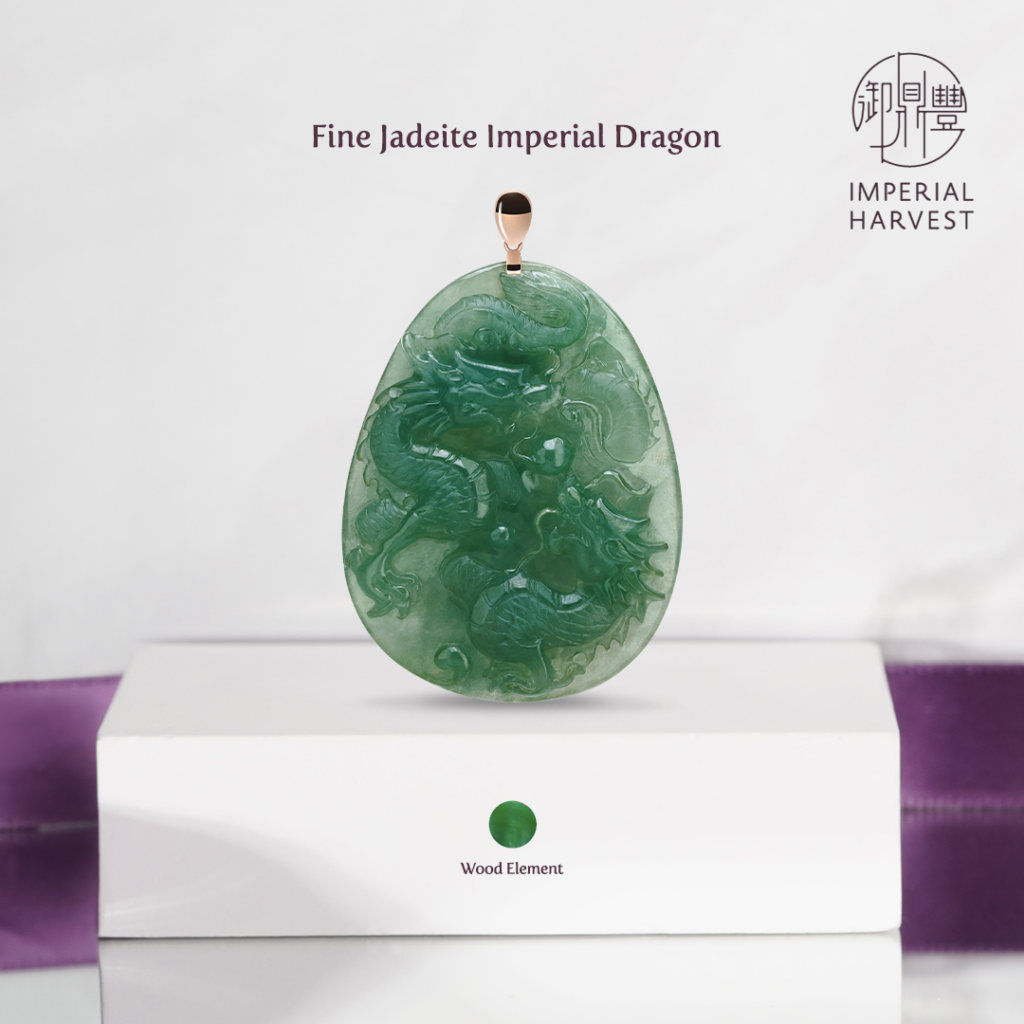 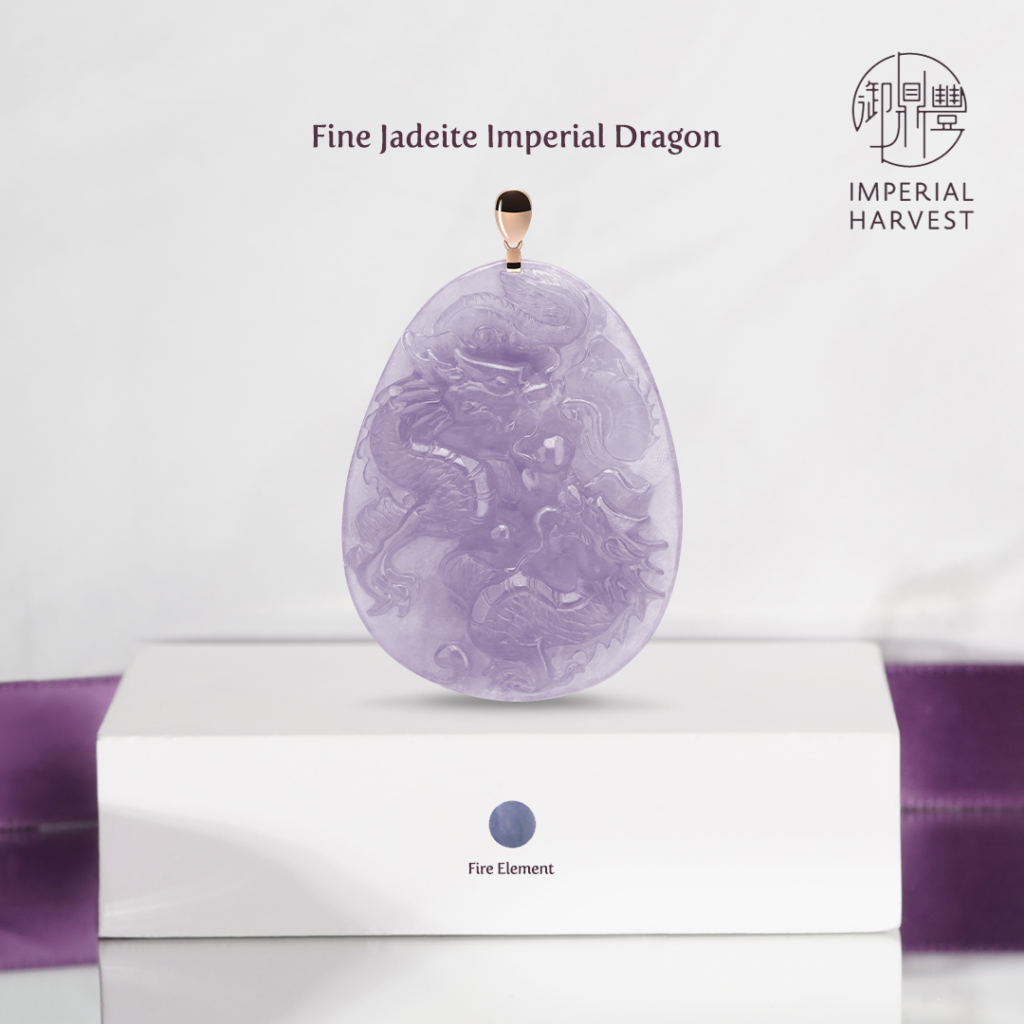 To achieve the highest order of craftsmanship for the Fine Jadeite Imperial Dragon pendant, Master David worked closely with his trusted master artisans who used traditional hand-carving and polishing techniques to achieve an extremely detailed finish, an irreplaceable skill no machine could ever reproduce.