Marking the transition from spring and summer in the Chinese lunar calendar is the solar term, Guyu (谷雨). In many parts of the temperate world, spring is steadily winding down, as temperatures start to rise and sunlight becomes increasingly strong and abundant. Guyu — literally translated as “grain rain” — was of great importance in the imperial court’s calendar due to the revitalising qualities that accompanied the seasonal rainfall. 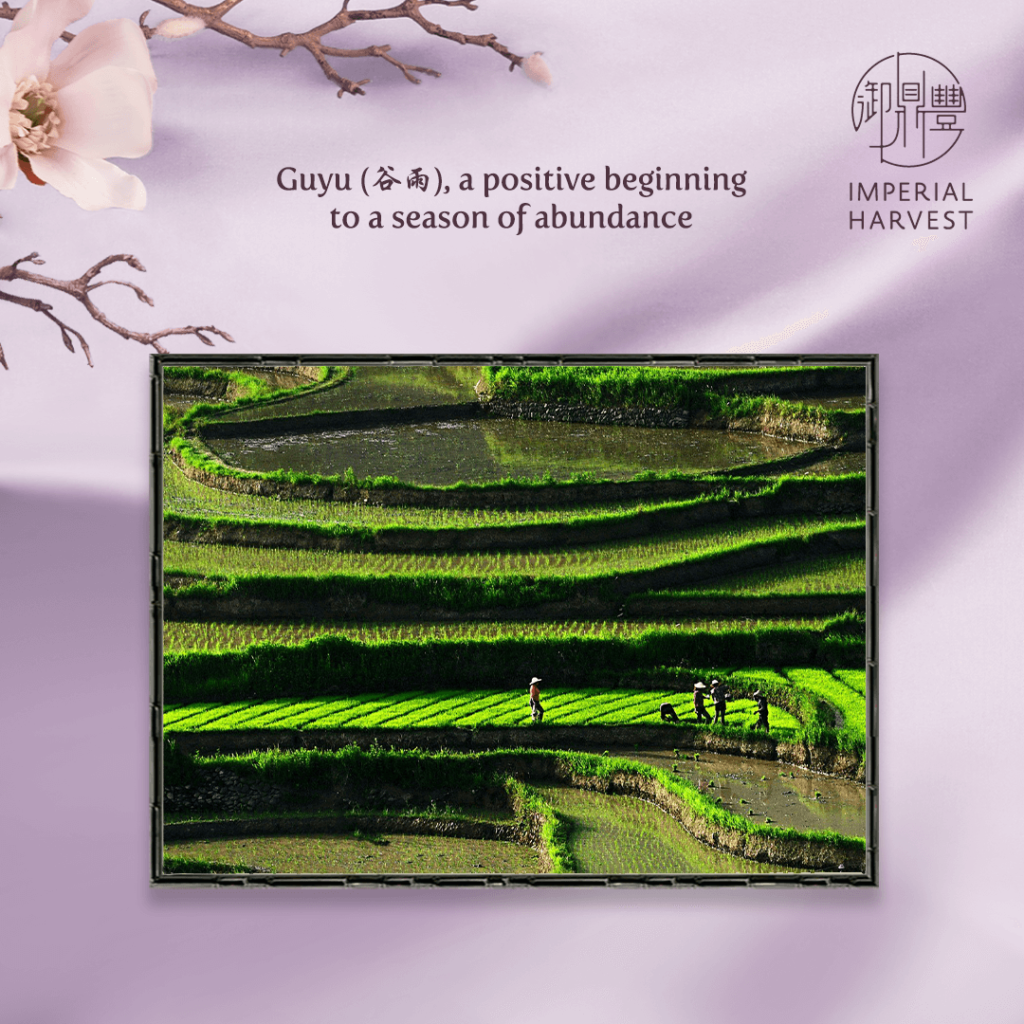 Leading up to a new season

As the spring began its move into summer, the reinvigorating spell of rain that accompanies Guyu nourished the ground, making the soil amenable to the new planting season. This timely rainfall was immensely anticipated by Chinese farmers, working to quench the cold and dry winter soil. The newly-planted crops receive a much-welcome deluge of rain during this crucial stage of growth. In creating the ideal conditions for crops to begin to grow, Guyu paves the way to producing a bountiful harvest — heralding a positive beginning to a season of abundance, auspicious reverence and achievement. 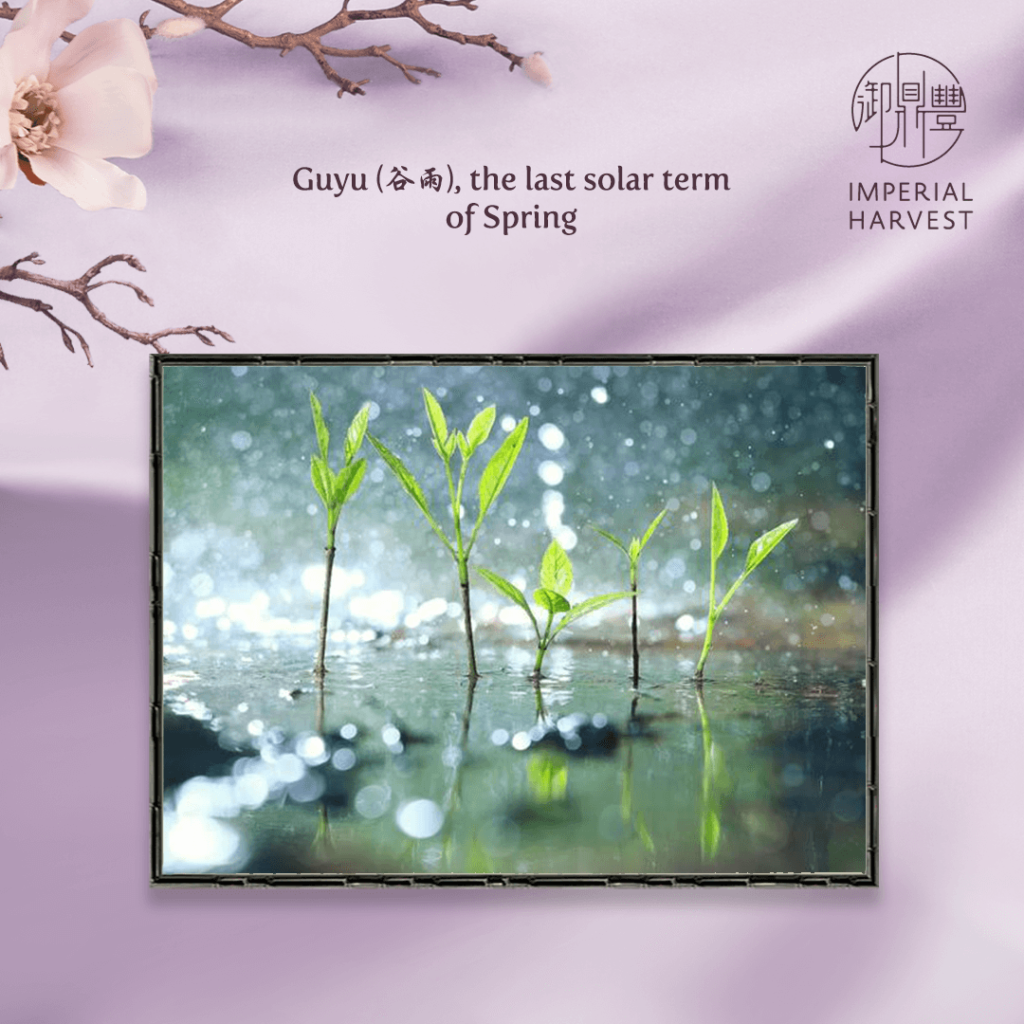 The arrival of Guyu brings us one step closer to the beginning of summer — a season filled with passion, characterised by growth and brightness. According to the tenets of Imperial Feng Shui, the season of summer is closely related to the Major Yang, which governs an individual’s direct wealth capacity. 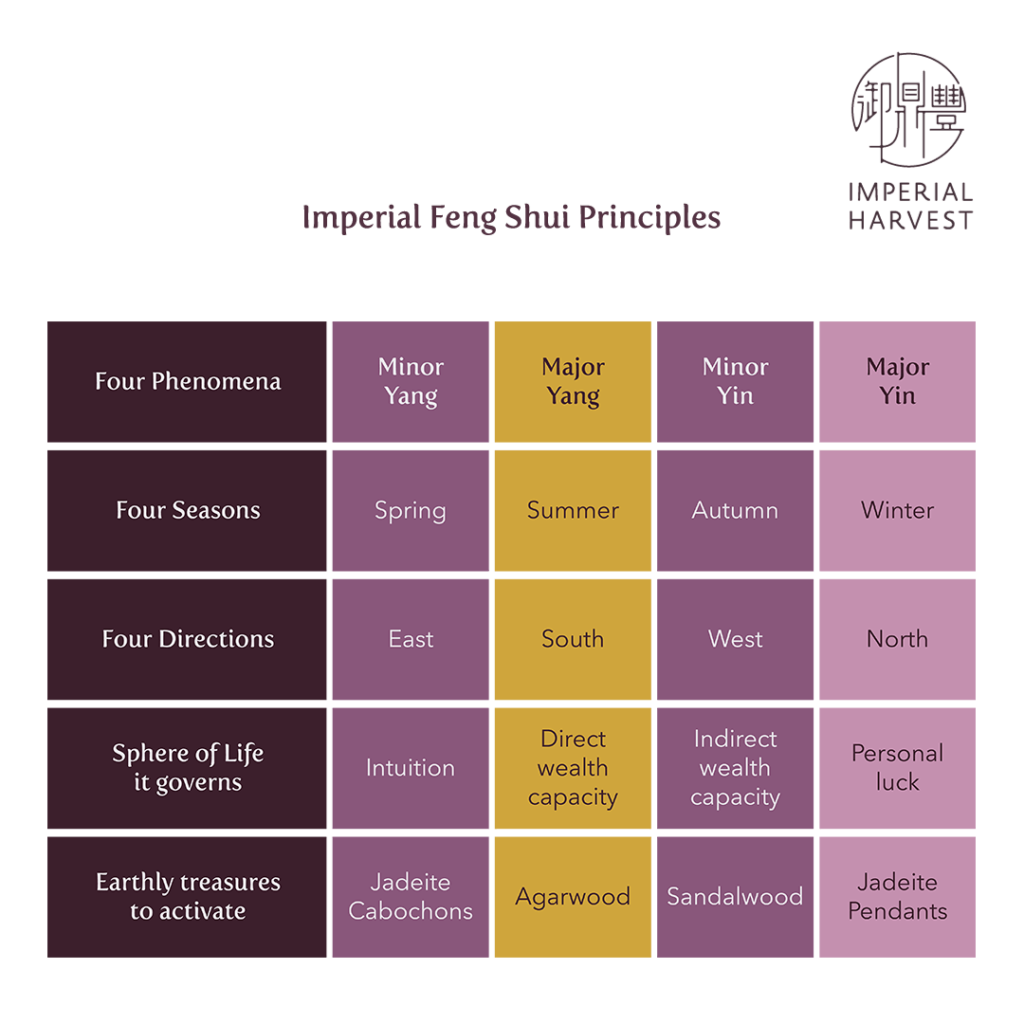 For millennia, Agarwood has been known as the “Wood of the Gods”, captivating a multitude of cultures and religions throughout history. It was seen as a product of wealth and luxury, as referred to in ancient texts dating back to as early as 1400 B.C. Today, top-grade raw Qinan Agarwood fetches as much as USD$10 million per kilogram — making Agarwood one of the most expensive raw materials in the world.

Native to the dense forests of Southeast Asia, the Aquilaria tree is pale, odourless and worthless prior to its exposure to the agarwood-forming fungi — Phialophora parasitica. Damage to the tree’s bark by external forces, such as grazing animals or insects, is the catalyst that causes the tree to produce its exquisite resin. The Aquilaria’s defence in response to these foreign infections is to produce a dark and aromatic resin, which is slowly embedded in the tree’s heartwood to form Agarwood.

The scarce rarity of natural Agarwood trees has made Imperial Harvest-grade agarwood one of the most sought-after treasures in the world, prized for its exquisite fragrance, elegant appearance and Imperial Feng Shui prowess. 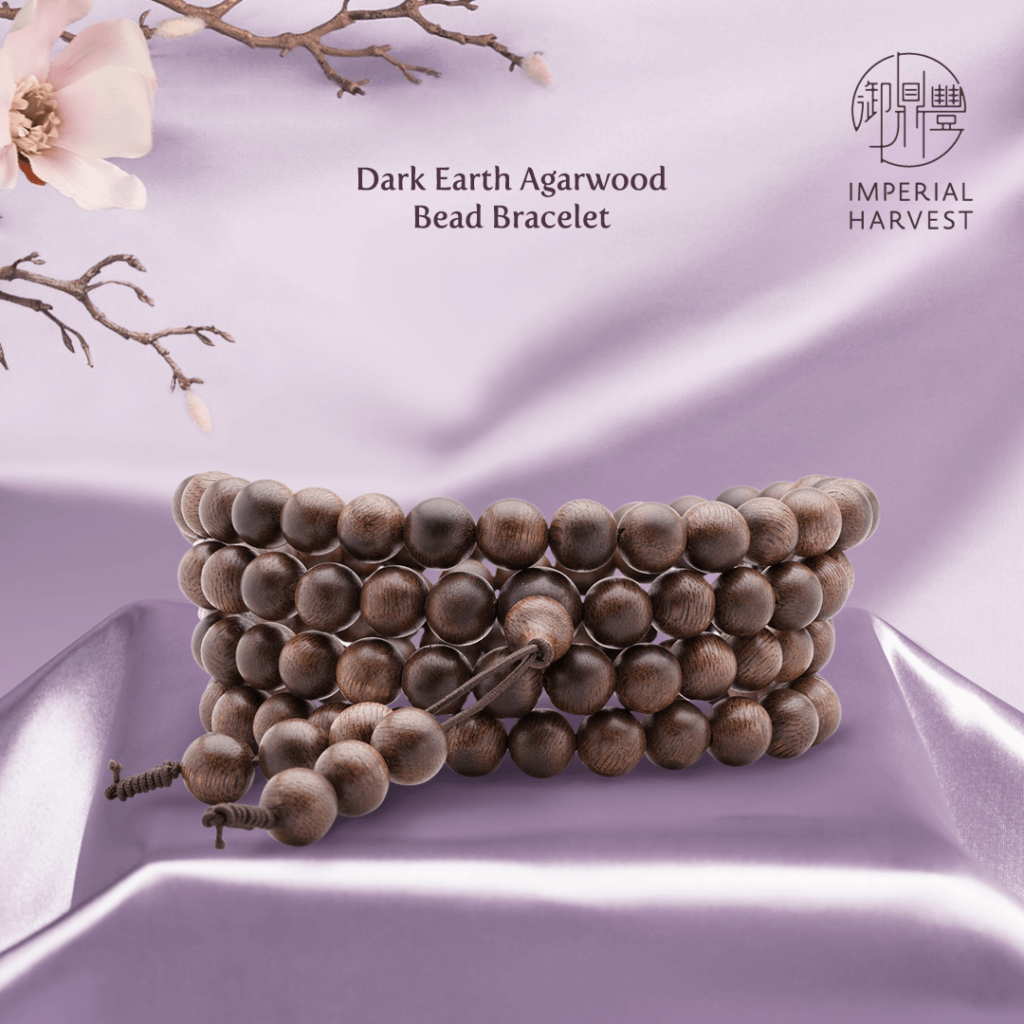 A superlative grade of Agarwood, the Dark Earth variety derives its name from its dark and intense colour. It is formed when an Aquilaria log is felled and buried in soil that contains a myriad of complex minerals that contribute to the colour and density of its rich resin. There, the fallen Aquilaria log ferments for at least 800 years, which further contributes to the dark and intense colouring that characterises this premium grade of Agarwood. 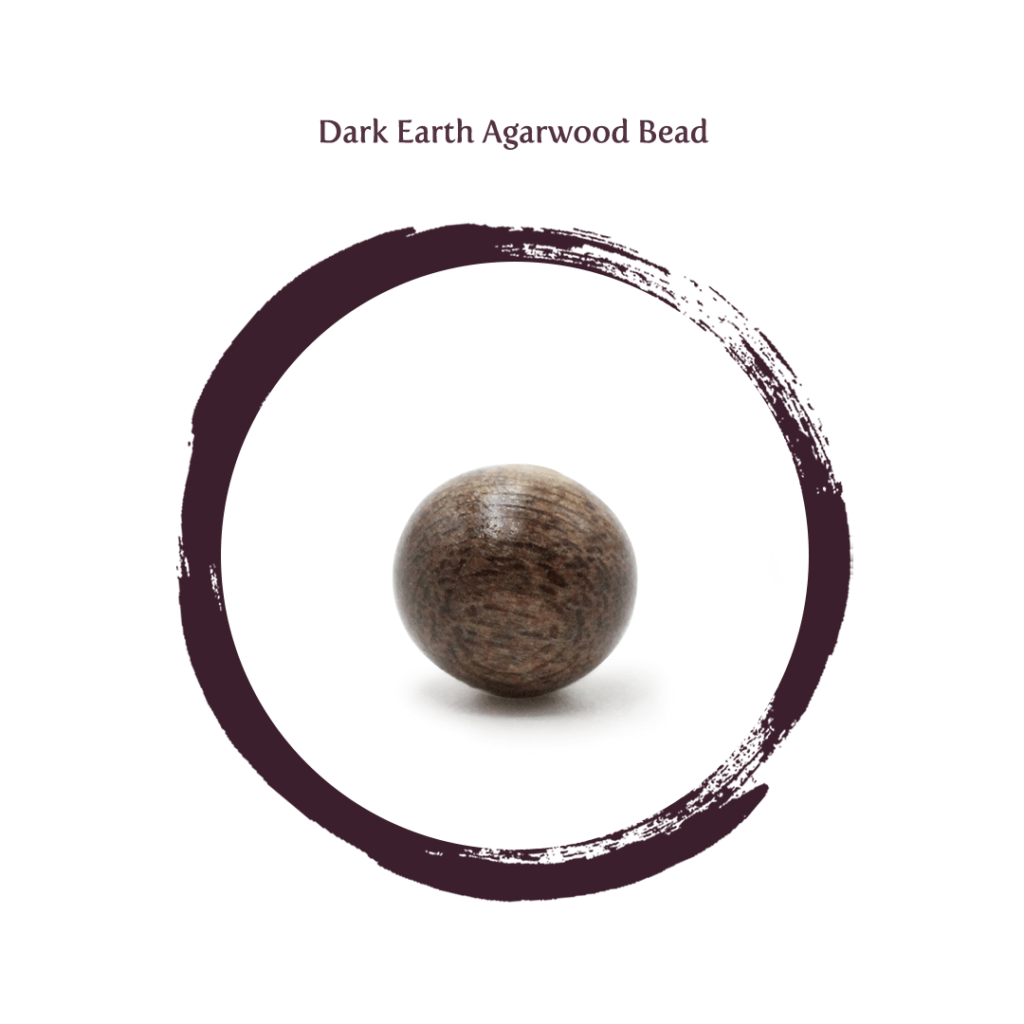 The accumulation of rich resin within each agarwood treasure increases its density, attributing to its unique ability to sink when submerged in water. 98% of agarwood floats in water, leaving a small proportion with resin dense enough to sink in water.

Imperial Harvest offers only the finest quality agarwood, where the intrinsic resin is rich and dense. The density of the agarwood resin affects the degree to which it sinks, a quality which we can determine through a simple sinking test. Imperial Harvest offers only the top 0.1% quality, where our agarwood is at least partially submerged, or fully sinking to the bottom. 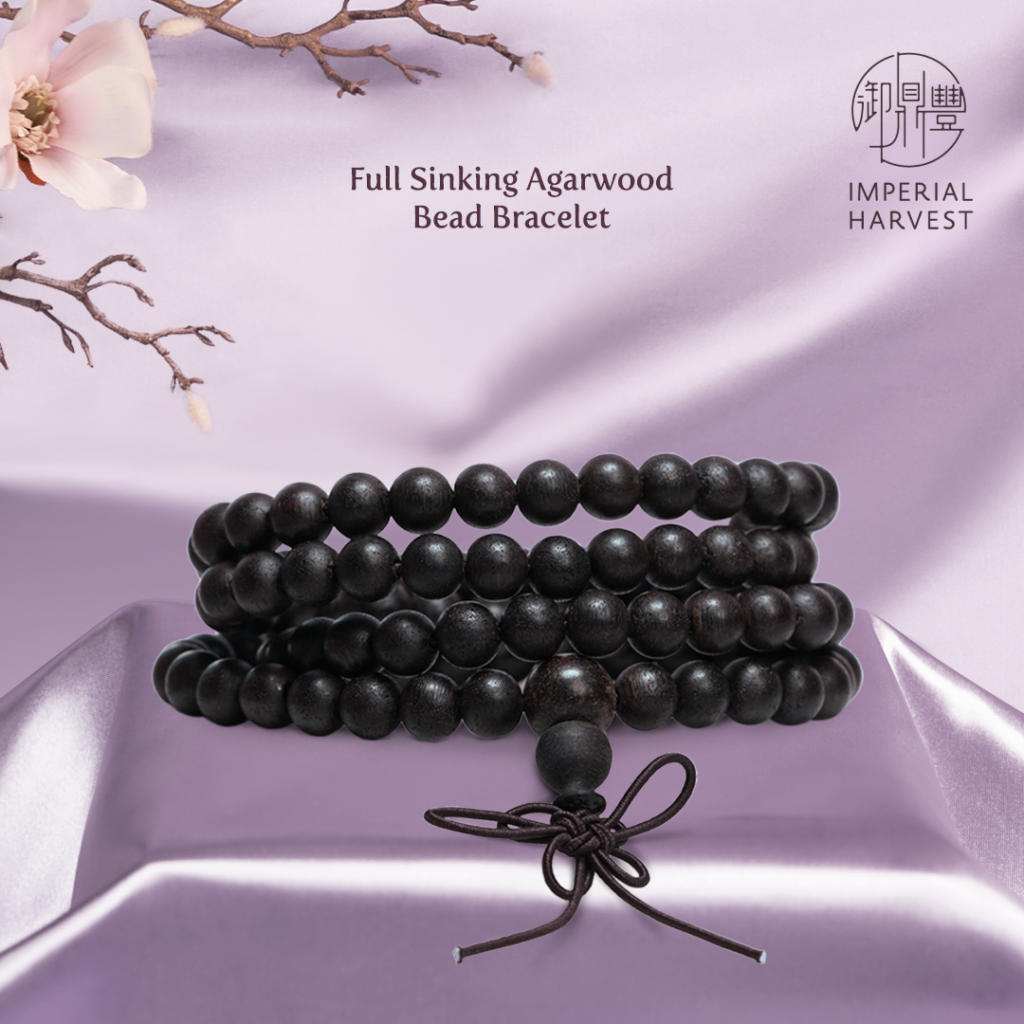 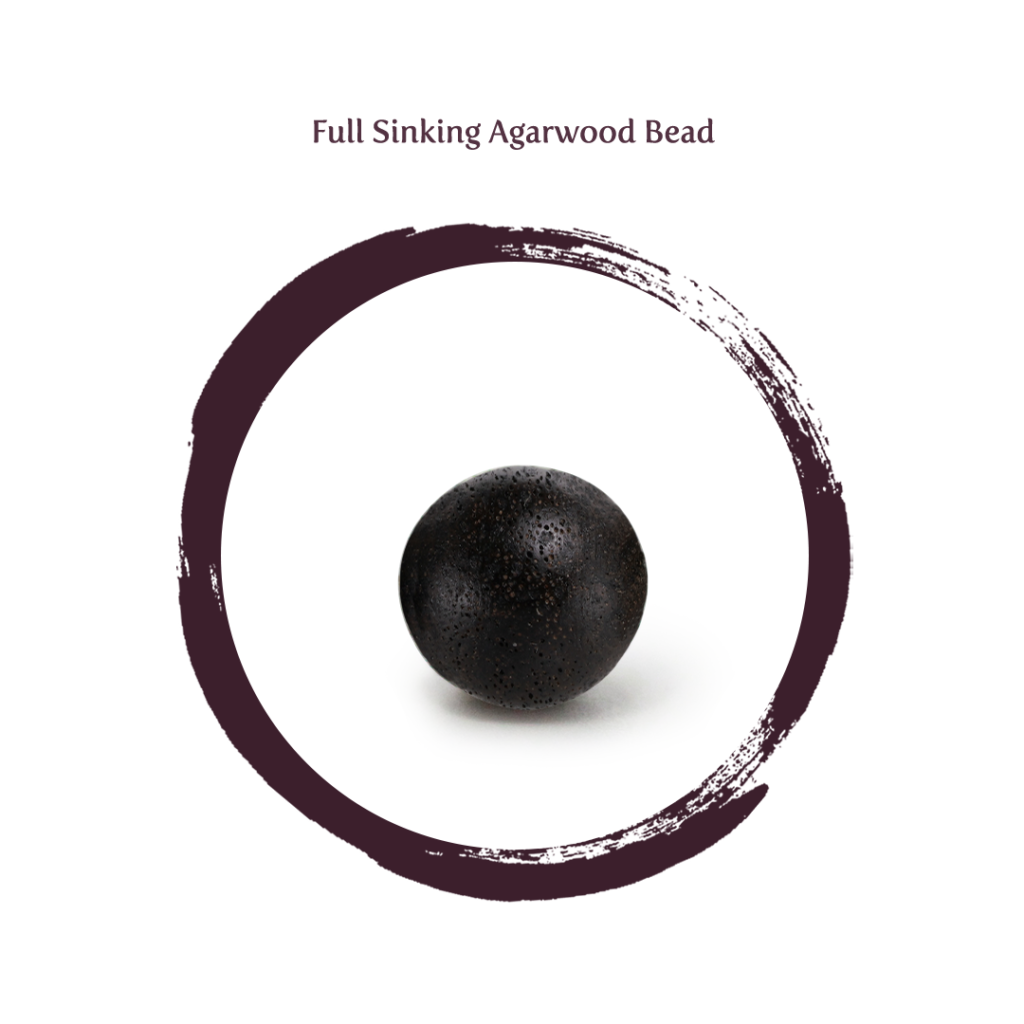 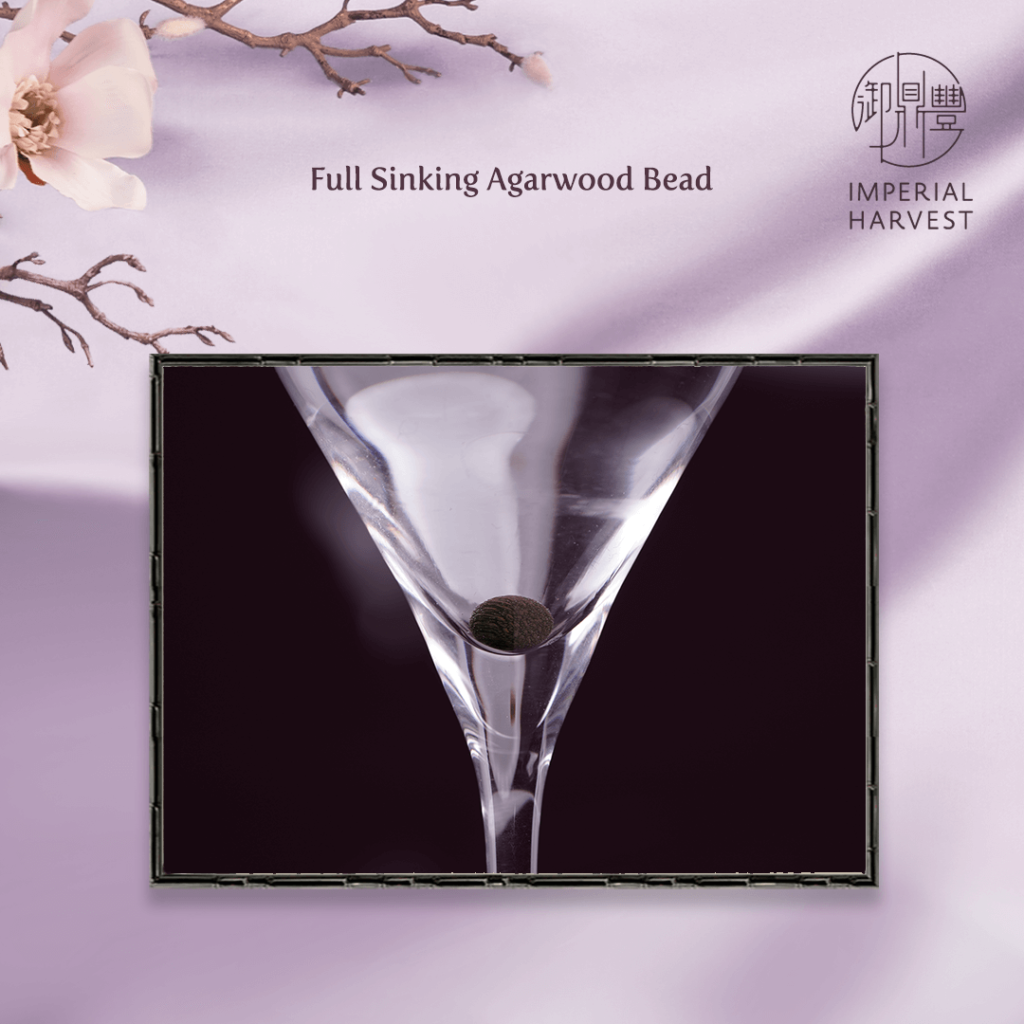 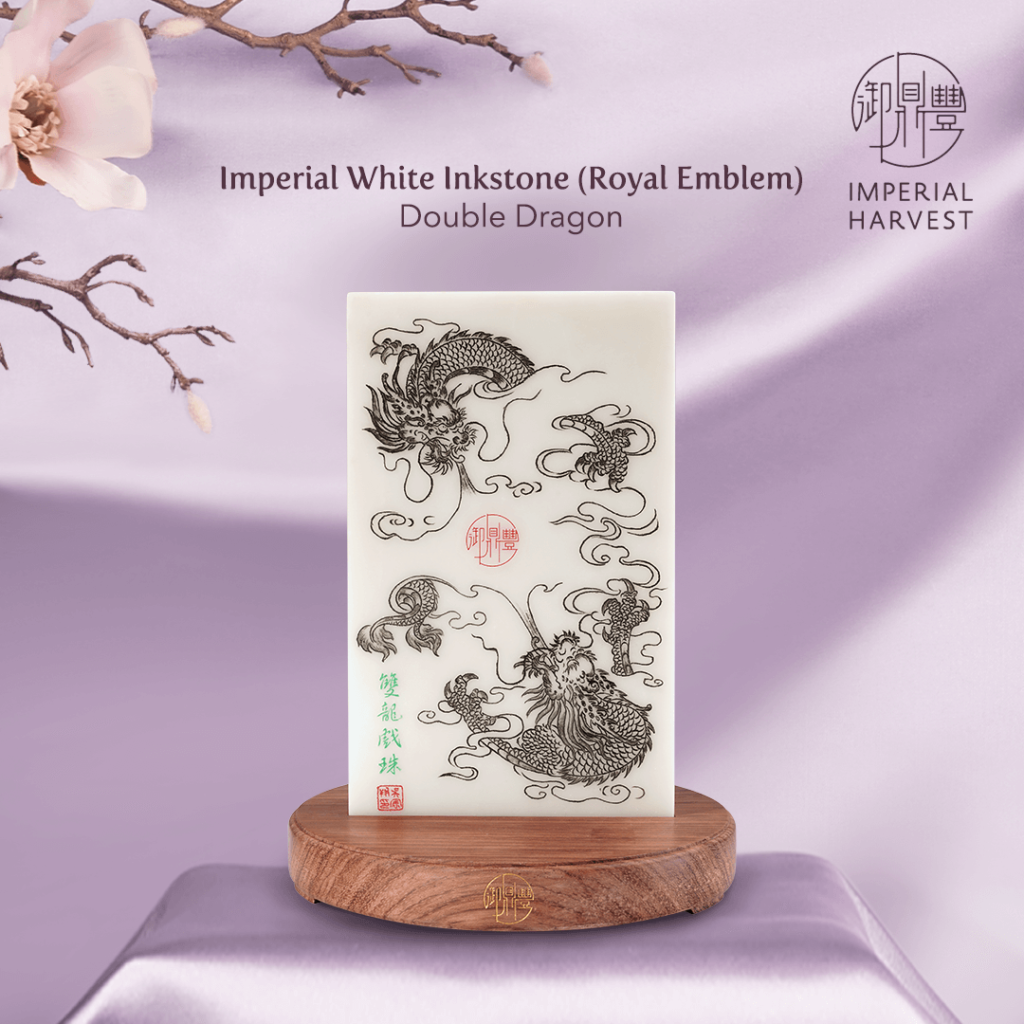 Designed to activate the natal authority star, (Martial Arts 武曲星), the Double Dragon Imperial White Inkstone (Royal Emblem) features one of the most auspicious mythical creatures in Chinese culture, hand-engraved by master artisans with multi-generational expertise in their craft. The intricate ink-like detailing perfectly stylises the majesty of the imperial dragon, creating a respectful yet elaborate motif of auspiciousness.

Traditionally, the imperial dragon symbolised potent and auspicious powers, particularly the control over water, and different weather phenomena such as rainfall, typhoons and floods — signalling the constant spell of rainfall that accompanies the arrival of Guyu. 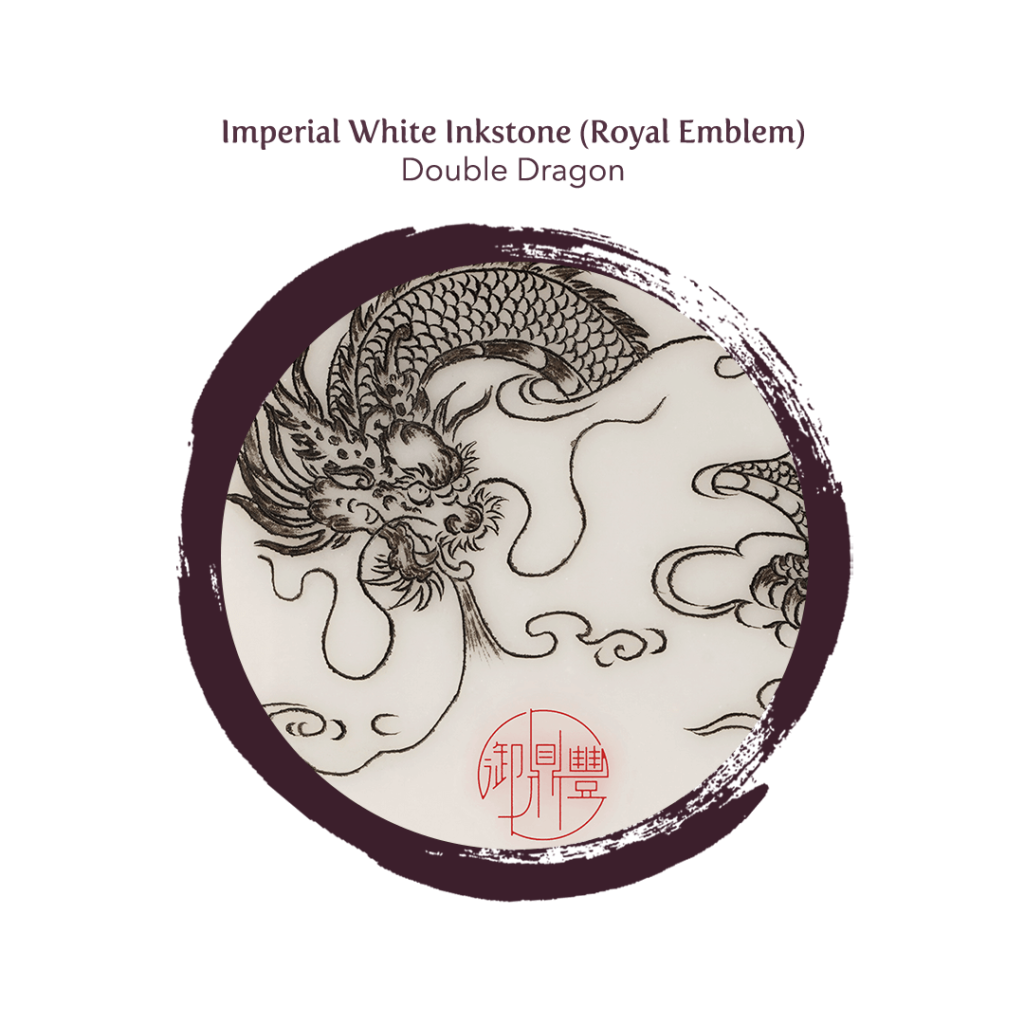 In tribute to the time-honoured Imperial Feng Shui traditions at the heart of Imperial Harvest, the double-dragon motif focuses the audience’s attention on the mythical creature that embodies the authority, power and wisdom of ancient Chinese emperors. The imperial dragon emits auspicious energies and is commonly invoked to bestow a spirit of personal growth, good fortune, wisdom and foresight upon individuals, inspiring them to triumph over their adversities and soar to greater heights.

These classic emblems of imperial power and prosperity were commonplace in the landscape of ancient China, melding seamlessly with the oriental and global art techniques such as pointillism, showcasing the fusion and diversity of these inclusive masterpieces of art.

Imperial Harvest’s master artisans cut, carve and shape the inkstones according to Master David’s inspired vision. Pairing their unrivalled wealth of expertise with state-of-the-art, specialised tools, allows for precision carving and precise detailing within each treasure. They are then manually polished, accentuating the Imperial White Inkstone’s unique design elements and producing a lustrous, blemish-free surface.

The upcoming solar term of Guyu proves to be an auspicious one, fuelling and preparing our blessed clients to achieve greater heights and bountiful yields in their businesses and careers. Take advantage of this opportune moment and attain greater heights of prosperity during this historically-anticipated period.