The period of Mangzhong (芒种) is fast approaching. In the traditional Chinese lunisolar calendar, this refers to the ninth of the 24 solar terms in each year, when the sun aligns with the celestial longitude of 75 degrees. This year, Mangzhong begins on 6 June, and persists for a couple of weeks before transiting to Xiazhi (夏至), or the peak of summer, on 21 June. 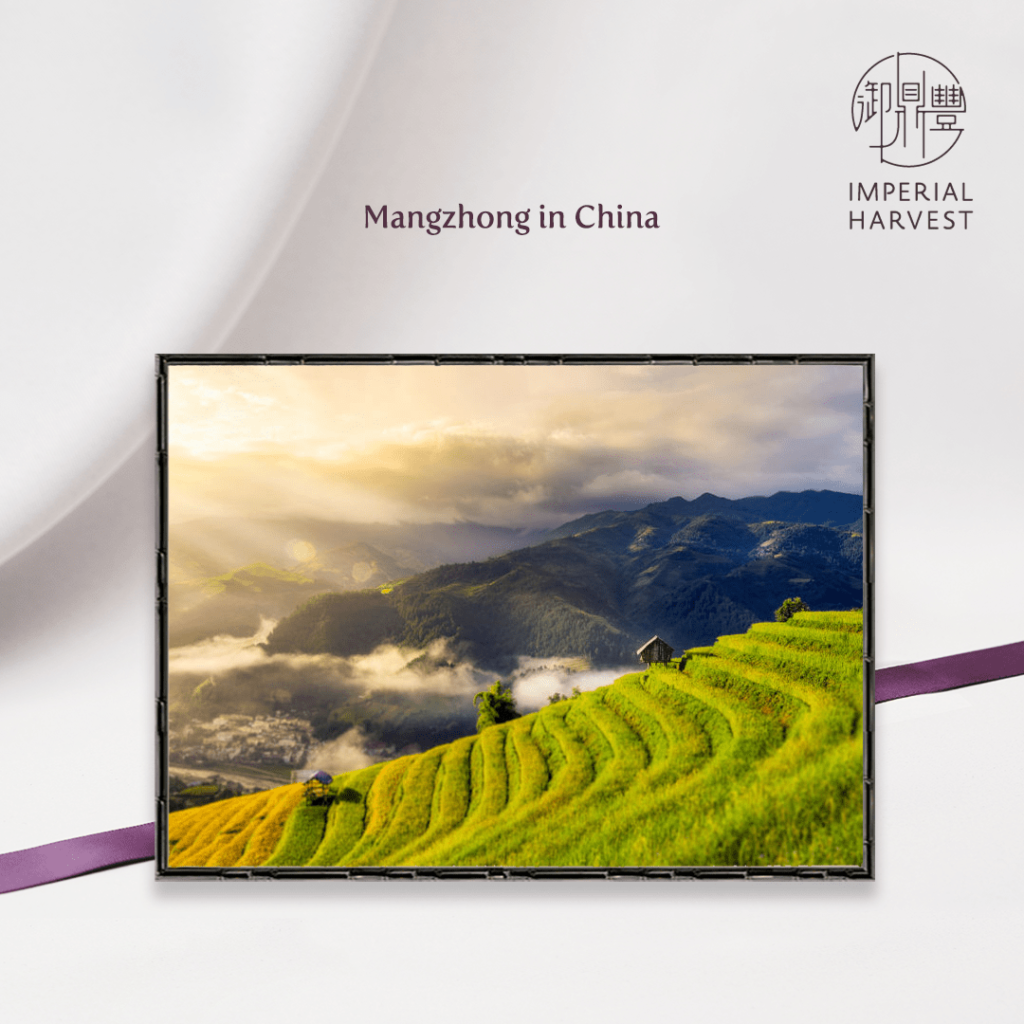 Across numerous agricultural societies in dynastic Chinese history, Mangzhong was celebrated for its significance as a time for seed sowing. Indeed, for the many farmers whose fortunes depended heavily on the flourishing of their crops, Mangzhong’s abundant rainfall and optimal temperatures that encouraged sprouting were a godsend. Over time, farmers came to take advantage of the weather conditions that arose around the Mangzhong period, planting a variety of seeds in preparation for future harvests. 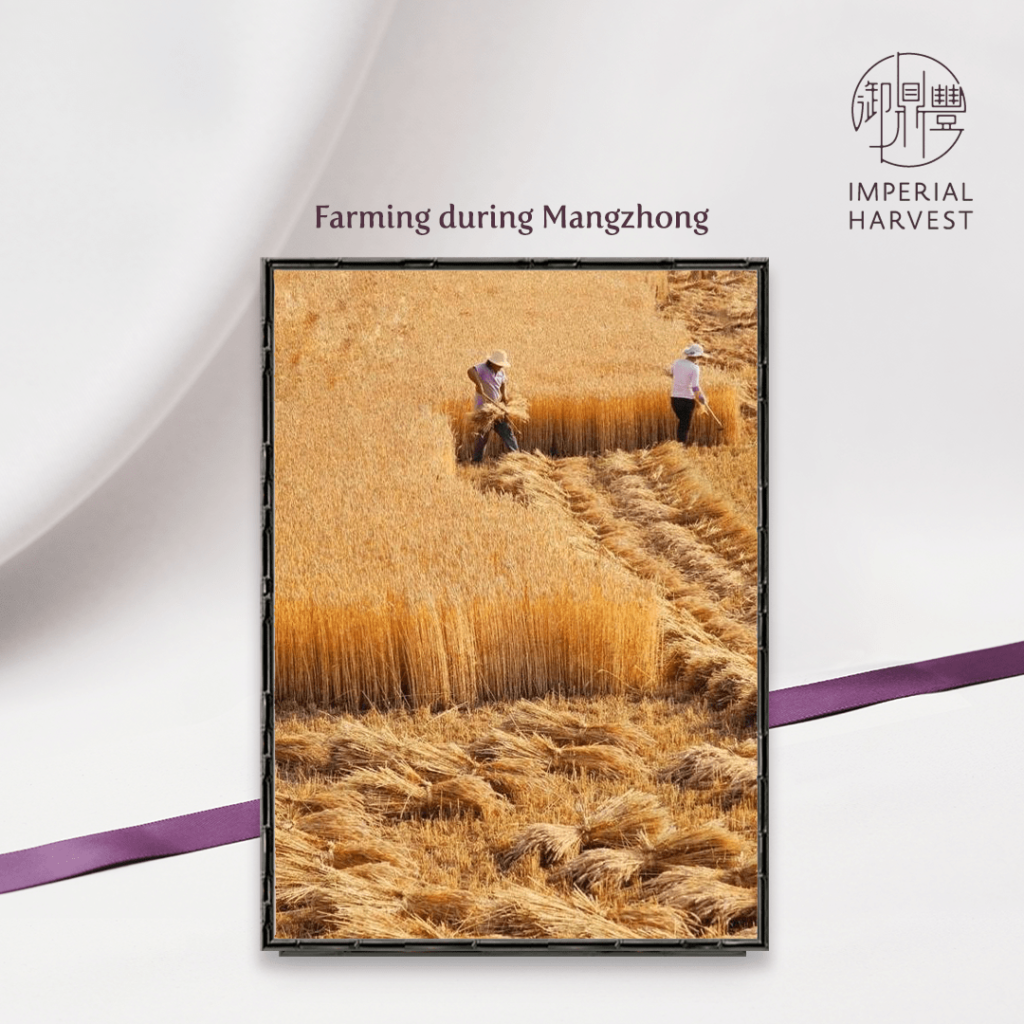 Among these agricultural communities, the sowing of seeds was invariably seen as an endeavour of hopeful optimism. Farmers tirelessly toiled on their lands, carefully dropping seed after seed, while holding faithfully onto the promise of the bounties to arrive later in the year. Symbolically, these acts of striving for future rewards mirror the steps often taken towards the achievement of broader success.

In the context of Imperial Feng Shui, one of the primary determiners of one’s accomplishments is personal luck. Good luck involves being at the right place, at the right time, meeting the right people and doing the right things. Consistently experiencing good luck empowers one to forge one’s own destiny and fulfil one’s unlimited human potential. Given its all-encompassing influence, luck is commonly perceived to form the foundation for boundless success.

In a nod to the far-reaching importance of personal luck, one of the very first steps in galvanising a journey of success at Imperial Harvest involves actively creating a state of consistent good luck. This is accomplished primarily through the Imperial Harvest collections of fine jadeite pendants. 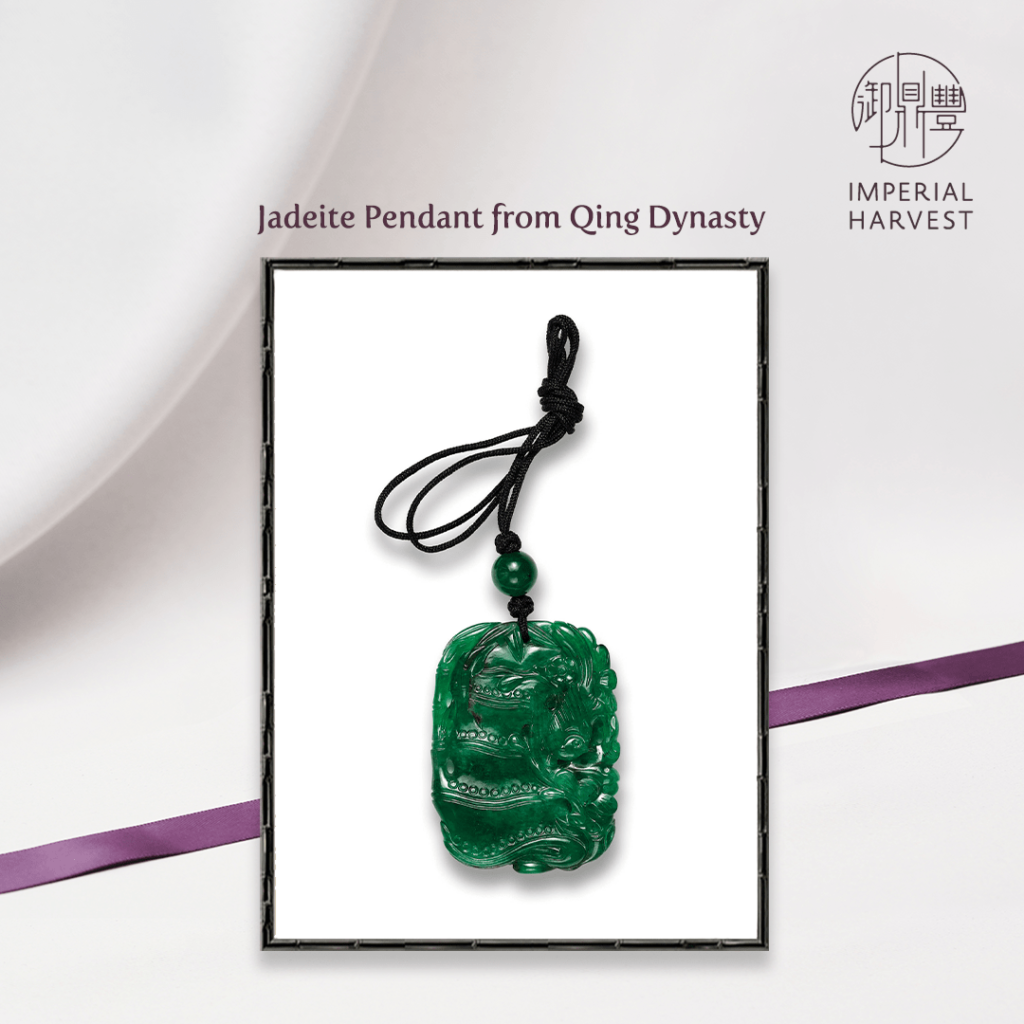 The luck-enhancing properties of fine jadeite pendants are themselves cherished tenets of the Imperial Feng Shui tradition. Centuries ago, Imperial Feng Shui masters of the Qing dynasty undertook rigorous scholarly studies of the discipline, yielding many important discoveries that came to form the groundwork for contemporary Imperial Feng Shui. One of their most significant findings is the ability of fine jadeite pendants to optimally balance the major yin — one of four cosmic phenomena that are present in every individual to varying extents. As the major yin directly governs one’s personal luck, carefully regulating its presence within oneself is the single most important factor behind creating a state of consistent good luck. 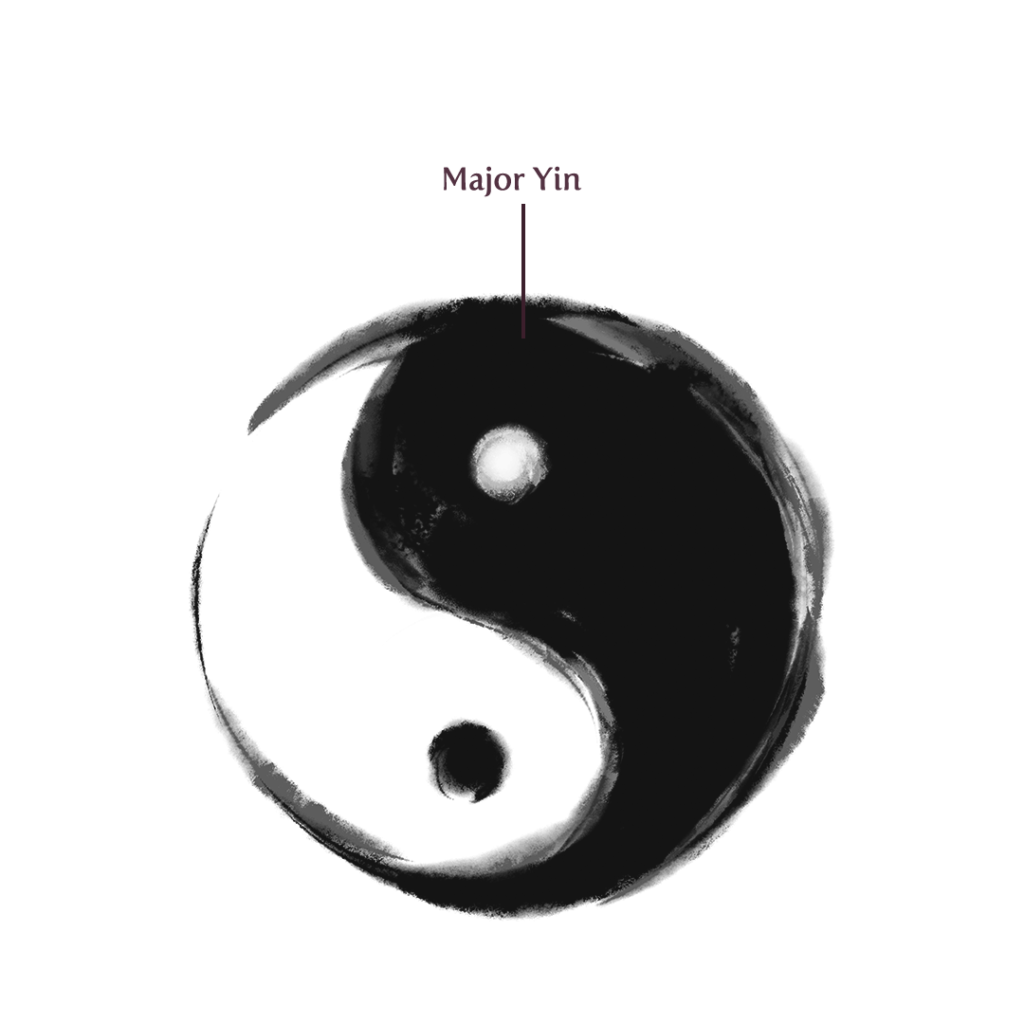 Today, these venerable principles live on at Imperial Harvest. In homage to the eminence of these scholarly Qing dynasty Imperial Feng Shui masters, fine jadeite pendants are the primary tools employed to enhance the personal luck of every blessed client. These earthly treasures are first sourced from reputable Burmese mines through a rigorous and highly-selective process, before being handcrafted assiduously from the highest grades of natural raw jadeite boulders by Imperial Harvest gemstone artisans. 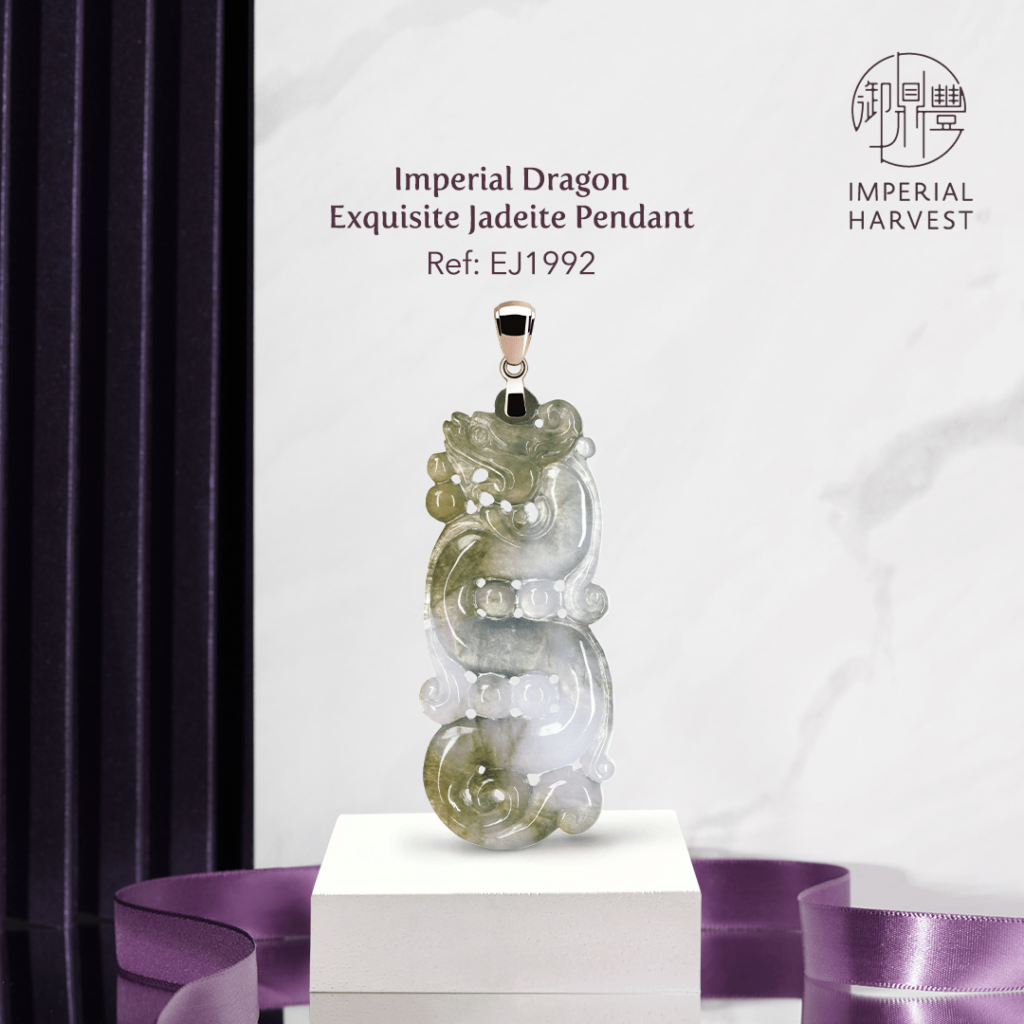 In this upcoming Mangzhong period, Master David curates a series of seasonal exquisite jadeite pendants — the topmost tier of jadeite pendants which supercharge the personal luck of destined wearers by leaps and bounds.

As far back as the 18th century, exquisite jadeites have been known to occupy a special place in the Chinese imperial palace. While all jadeites have long been treasured as symbols of status, spirituality and health, the rarefied beauty of this hallowed gem made it the most highly prized by the emperor and court officials. Indeed, the luminous finish and lucid glass-like translucence of exquisite jadeites make them a sight to behold. Throughout Chinese dynastic history, they were reserved for the emperor and royal members of his family, who enjoyed unfettered exclusive access to this veritable earthly treasure.

The immense prestige of imperial exquisite jadeites is now brought to life at Imperial Harvest, where Master David and his team work tirelessly to replicate the unrivalled splendour of this revered gem.

Reflecting the traditional exclusivity of exquisite jadeites, every Imperial Harvest exquisite jadeite pendant is one-of-a-kind. Each traces its genesis from the depths of Master David’s sketchbook, where it gradually takes its form from his inspired appreciation of Imperial Feng Shui and its cultural history. Every mythical creature and deity that features in Imperial Harvest treasures bears great significance in the development of this ancient art, and Master David imbues his sketches with the profound virtues of each of these tropes.

The outlines are then passed on to Imperial Harvest gemstone artisans, who cut and carve according to Master David’s enlightened vision. Each artisan is armed with an illustrious multigenerational lineage of gemstone artistry, and applies time-honoured techniques and tools to every Imperial Harvest treasure. With their impeccable craftsmanship, the intrinsic allure of each exquisite jadeite is amplified and unleashed. 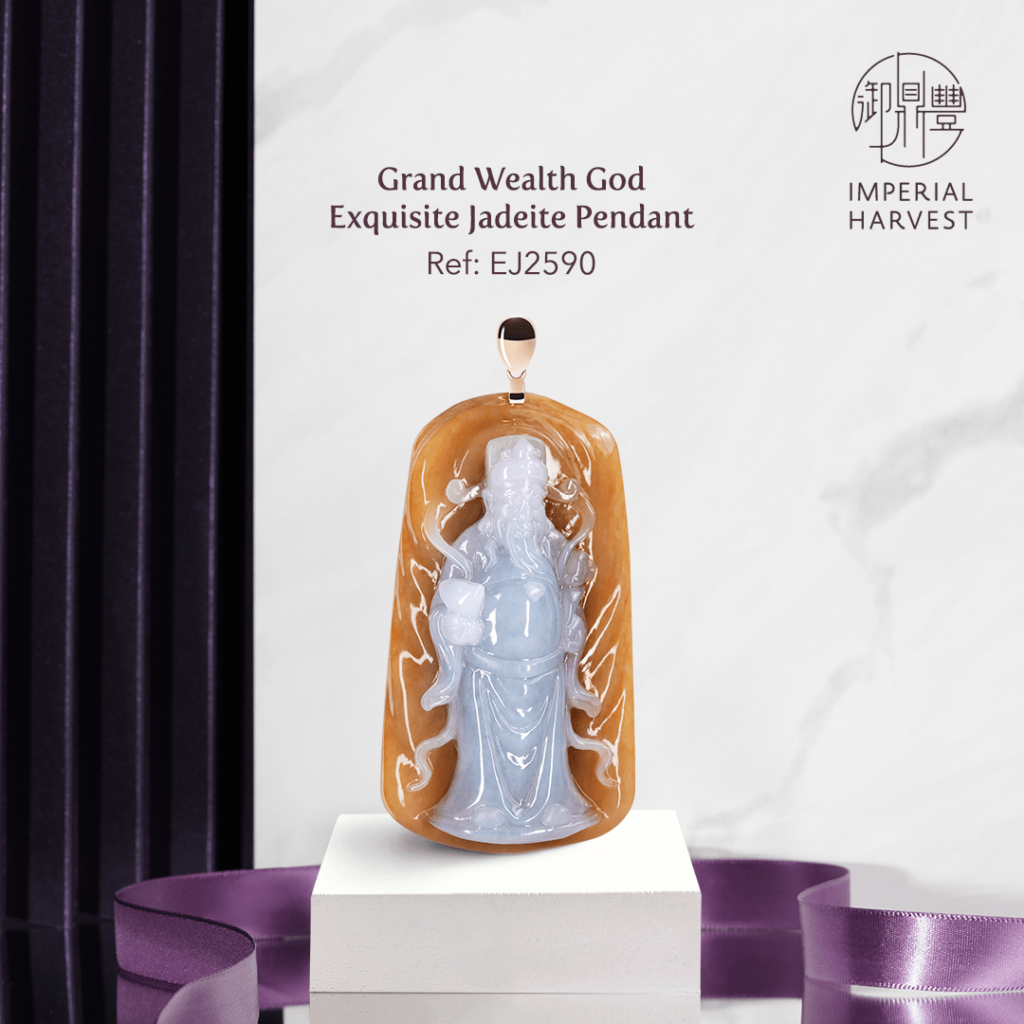 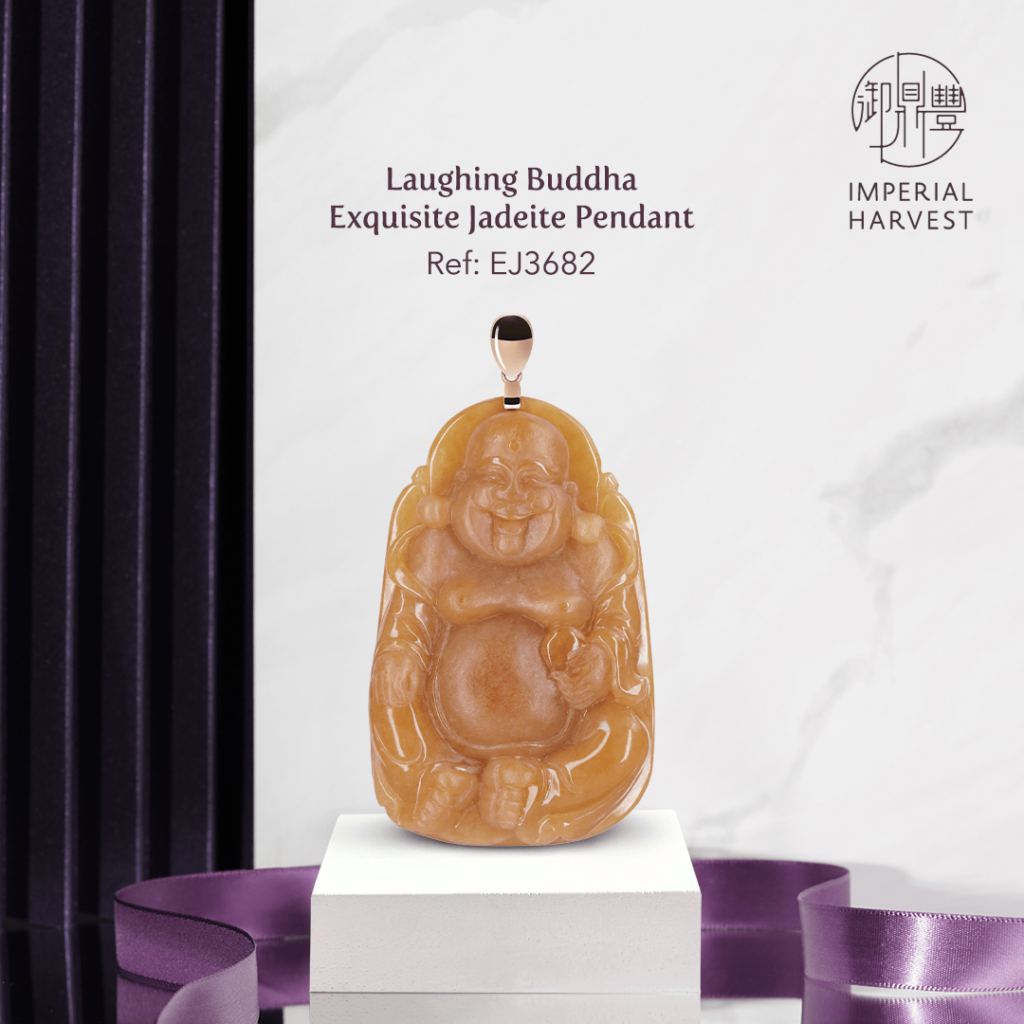 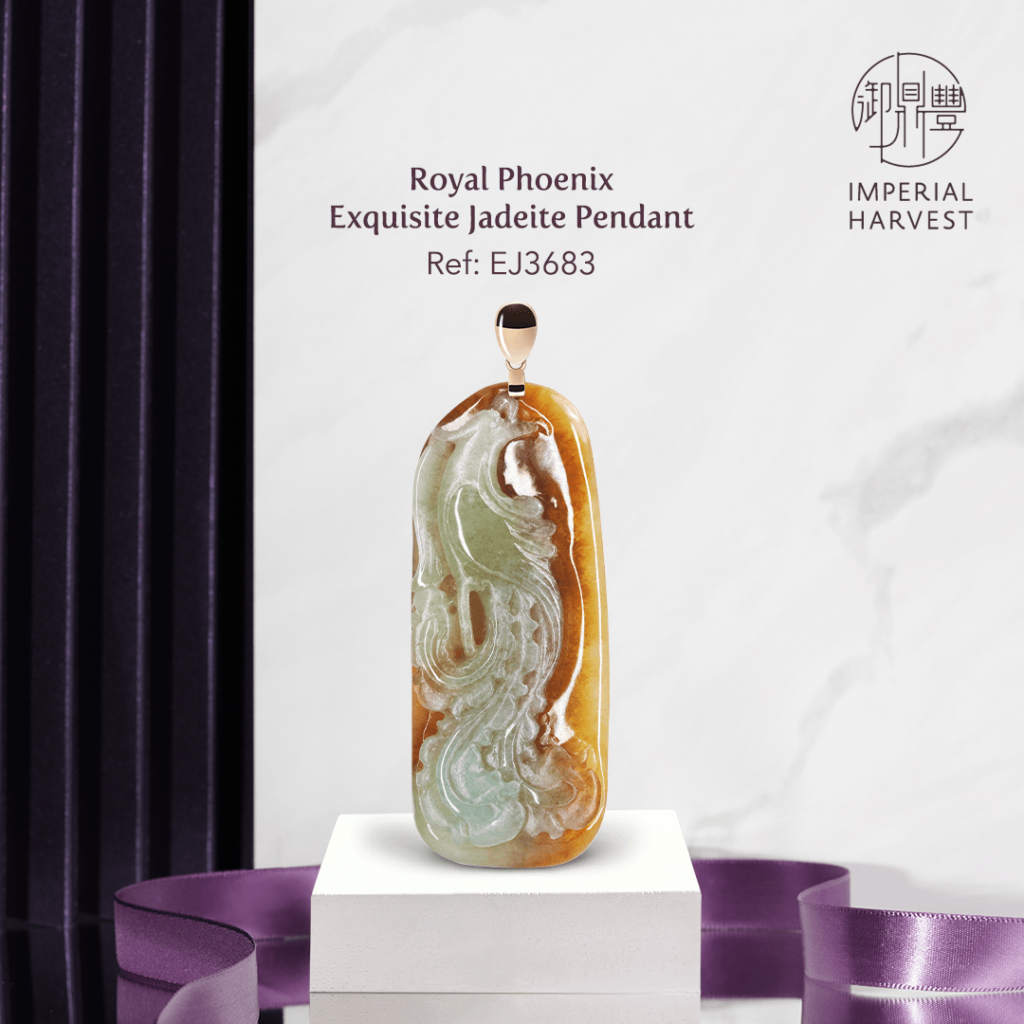 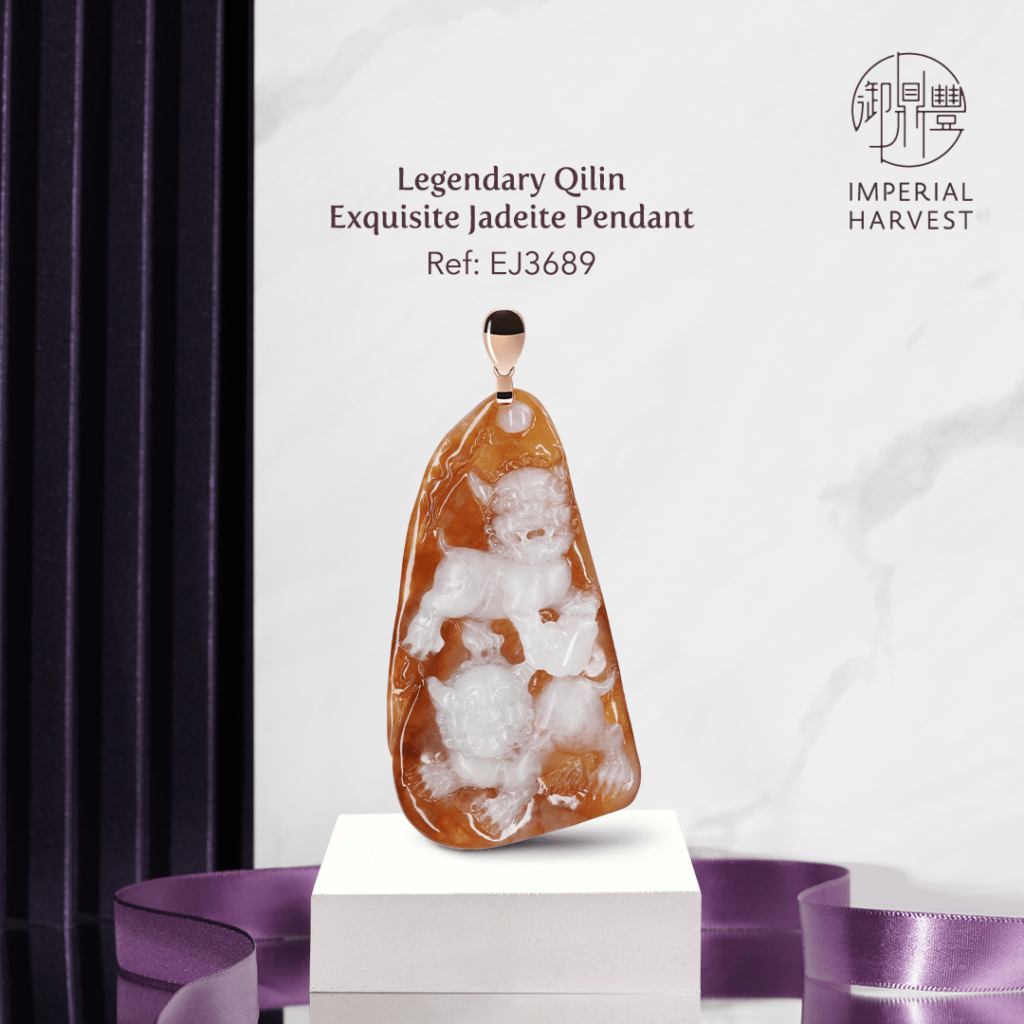 Mirroring their prestige in dynastic China, exquisite jadeites are also held in great regard in contemporary Imperial Feng Shui. Apart from their innate ravishing beauty, the rarity of these earthly gems truly sets them apart from other jadeite treasures.

The magnitude of influence of exquisite jadeites in imperial China is also highly noteworthy, with these treasures widely credited for providing the impetus behind the supreme luck enjoyed by successive generations of emperors during the Qing dynasty – the golden age of Chinese dynastic history. This makes them highly coveted by Imperial Feng Shui connoisseurs looking to replicate and relive the illustrious conquests of this era.

Just as agriculturalists dutifully sowed their seeds during the Mangzhong period for a bountiful harvest, it is a highly auspicious season to actively amplify one’s personal luck – the basic building block of success. This Mangzhong, Imperial Harvest commemorates the auspicious time of new beginnings, growth and breakthroughs with Master David’s specially-curated seasonal exquisite jadeite collection. Bearing the signature spectacular sheen of exquisite jadeites, each treasure invariably catches the eye and captures the heart, forming a masterpiece of supreme personal luck for generations to come.

With Mangzhong quickly approaching in June, take this opportunity to supercharge your personal luck and pave the way for boundless success. Imperial Harvest’s expert consultants are on hand to guide you on your journey, and help you to forge your desired destinies to realise your fullest potential. Book a complimentary consultation today or contact us at +65 91221826.